Sunday of our Yakima Valley Washington Wine Country extravaganza greeted us with another swell of hot weather and sunlight. Our host's kitties greeted us with a fond meow as we ate our breakfast, picked up ourselves and readied for a full day of foodie adventure and a drive home back to Seattle. 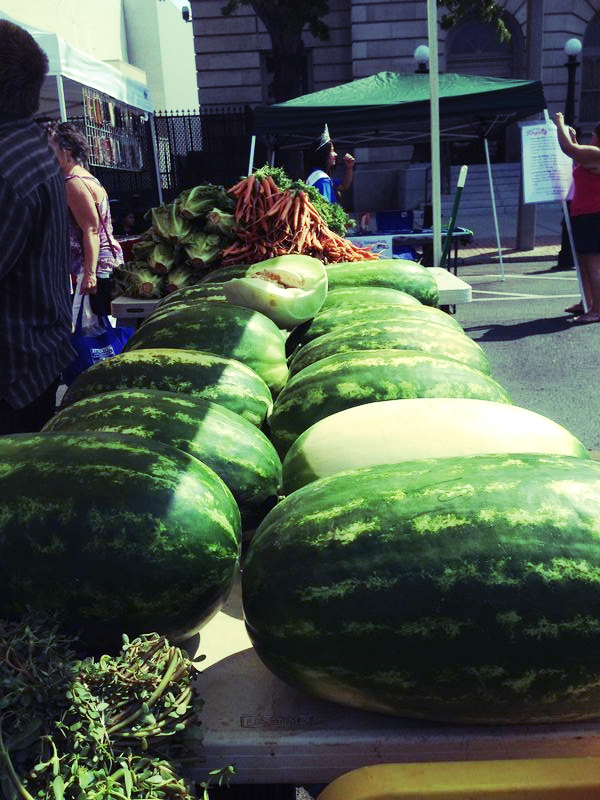 We started at the Yakima Farmer's Market – lucky for us it happens every Sunday during the summer in downtown Yakima.  There were melons the size of basketballs 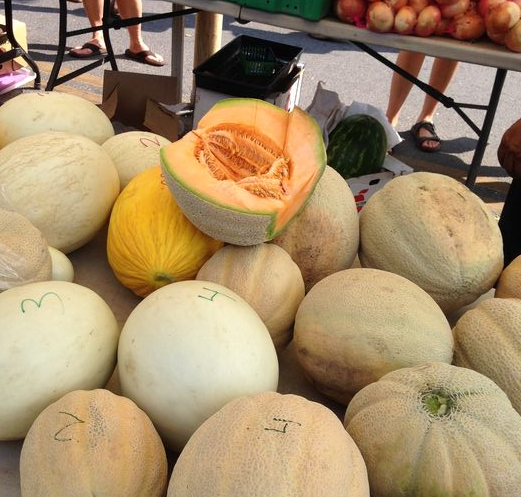 and rainbows of eggplant and squash 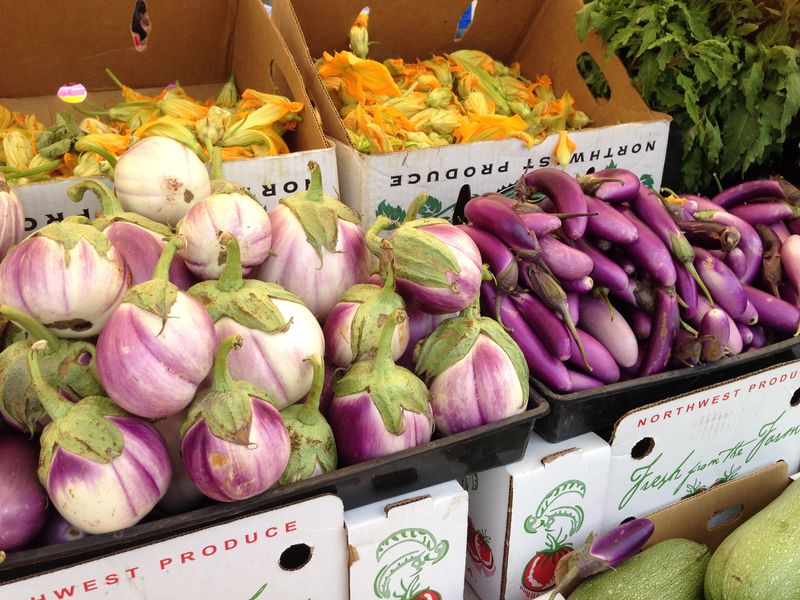 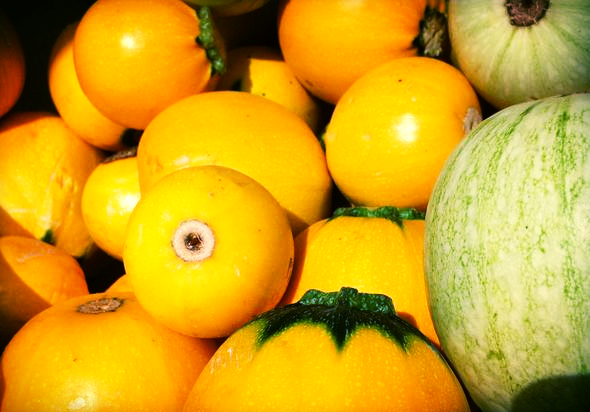 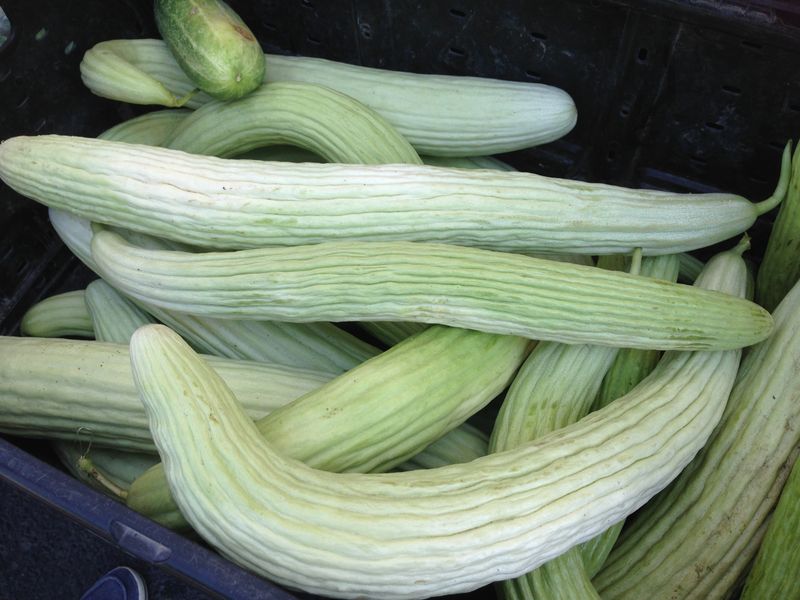 We also found peaches and goat cheese from Tieton Creamery – resulting in the need for some type of cooling mechanism so that the cheese and fruit would survive the 100 degree heat and sitting in the car while we wine taste situation. 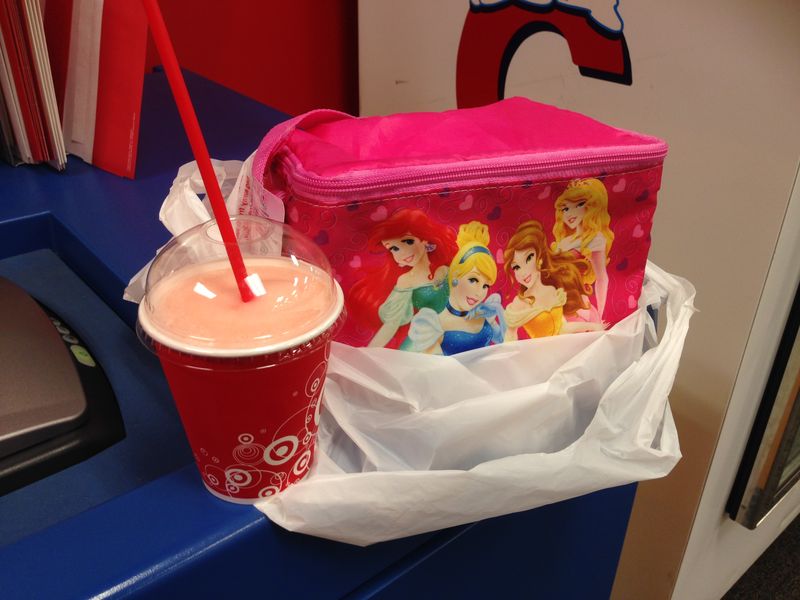 Ingenuity and Target won the day.  Here is a picture of my strawberry lemonade Icee and my brand new soda fountain ice filled Barbie Dream Girl lunch cooler from the dollar rack.  Priceless.

With our goat cheese and farm fresh peaches all squared away it was time to start the real tasting adventure. We started at Trevari – an all sparkling wine establishment that has been featured at State Department dinners, and recieved multiple other accolades.  Their newish tasting room has a wonderful view of the valley, and lovely selection of small plates.  At the behest of my traveling companion we dove into a fig plate. 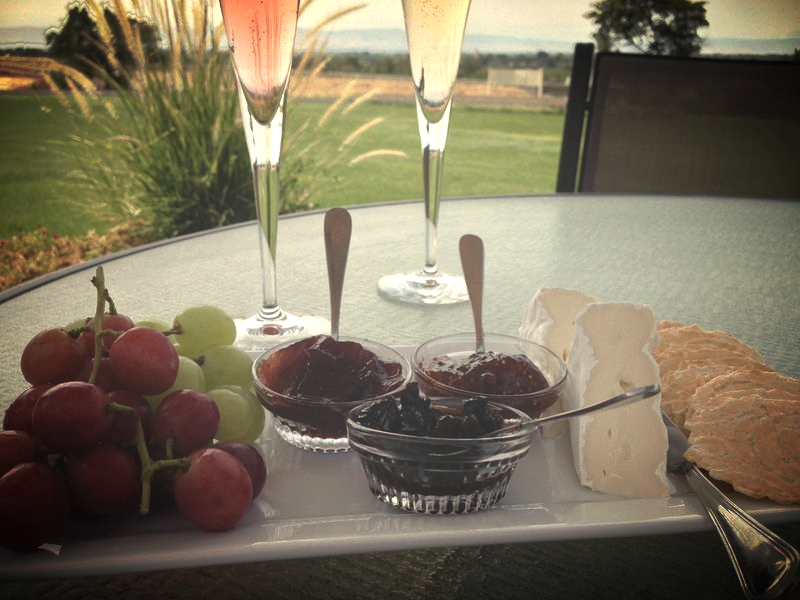 It featured a pickled fig, a fig preserve and a strawberry fig jam alongside brie, crackers and grapes. Pairing ever so awesome with our two sparkling beverages. 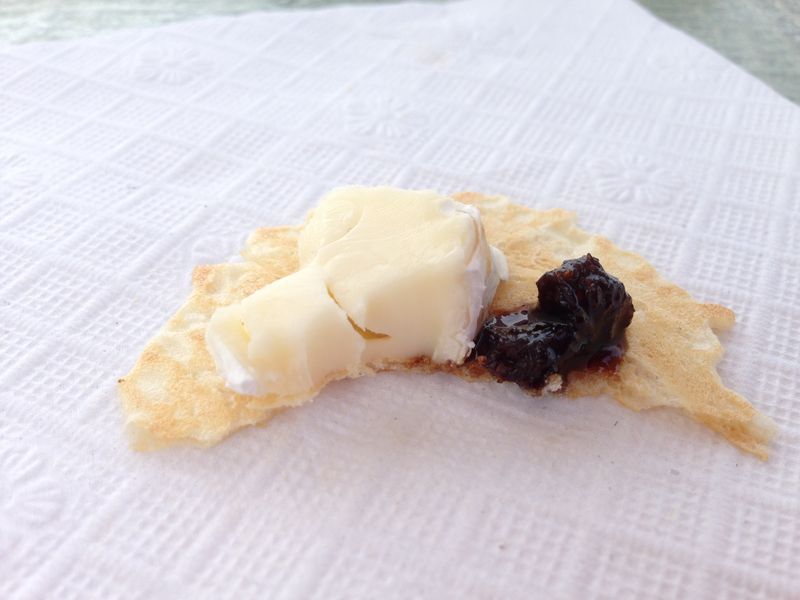 Next on the wine trail were old friends Wine Glass Cellars and Cultura.  The only two winemakers I have had the patience to keep in my wine cellar for years (because good things come to those who wait with wine sometimes).  I was really looking forward to Wine Glass Cellar's Rose, as it has always been one of my favorites – but I learned instead that the proprieters are retiring from the wine business after 24 years.  In short no rose, and soon, no more Wine Glass Cellars. I bought a case of one of their last 5 award winning releases to help them on their way to a happy retirement of unfettered traveling. 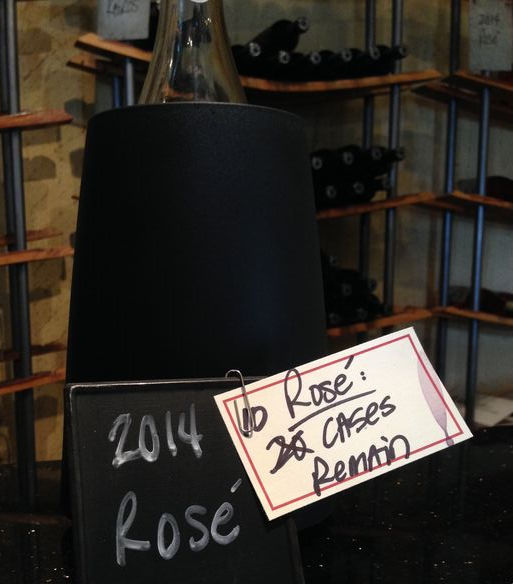 At Cultura, the home of some of my old favorite red wines and now new favorite Yakima Valley Rose' I was greeted by Tad, the winemaker himself, and this lovely sign that said sales were going well for the new wine. 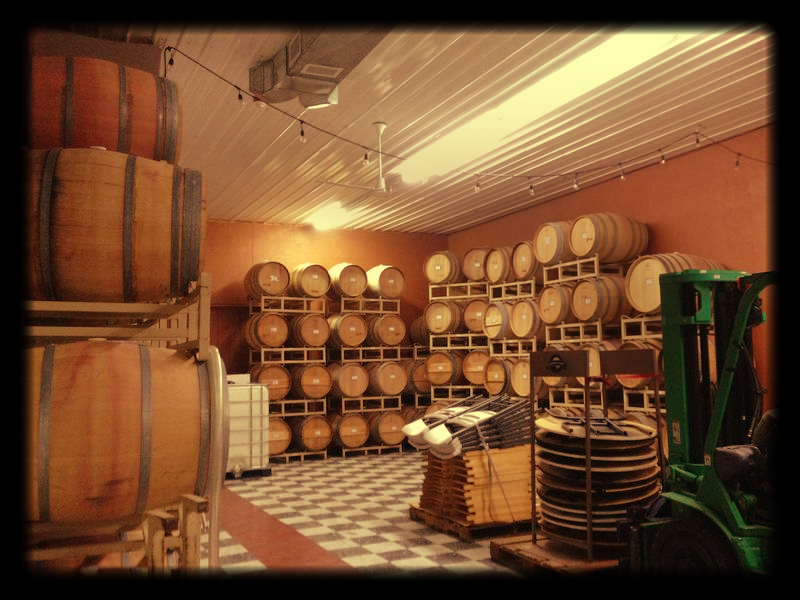 I first met Cultura in 2008 when they were early releasing their 2007 wines because sales had been so good.  My first taste of their first release of Kiaros made me exclaim "This tastes like love!" and Tad said from behind the counter "Really?! I sang to that wine."  I still have the bottle I bought that day in my cellar – but after talking to Tad I will probably drink it soon and report out how it tastes. 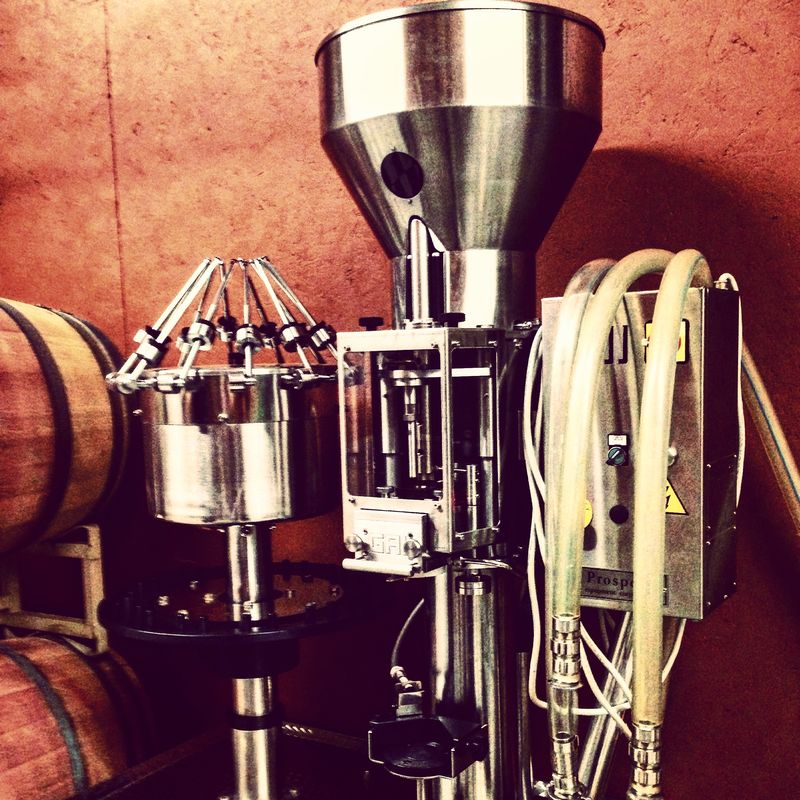 Meanwhile, on this trip I joined Cultura wine club and got a personal tour of the back of the house and their new bottling/corking equipment – featured above.  It felt years overdue to join, but talking with Tad at the same time, it was apparently just the right timing as they did not have an established wine club until pretty recently.  Either way it felt like I finally joined a family I was meant to be part of years ago.

The last couple times I've been in the valley I haven't been able to make it past Yakima for anything, let alone to come taste wine – now I have a really good excuse to come out specifically to Cultura at least once a year. 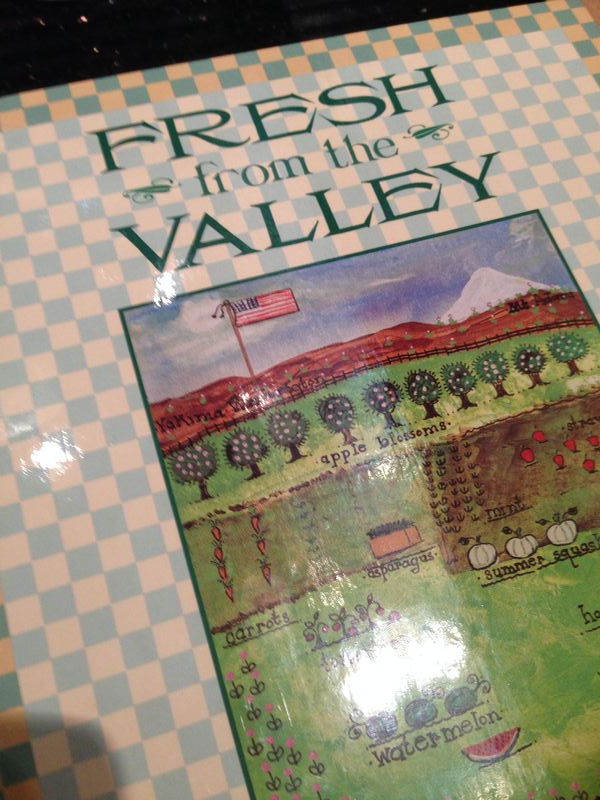 Meanwhile, the tasting fee and any additional donation we cared to give at Cultura was for the Yakima Junior League.  In addition to tasting wine for our donation we recieved lovely locally crafted cookbooks.  Giving back to the community via fundraising is a regular feature of Cultura and yet another reason I am happy to return to their tasting room again and again.

It was almost if the clock tolled midnight and Cinderella's coach threatened to turn back into a pumpkin, but the day all of a sudden got long, and there was a long drive ahead of us.  So we sorted our wine purchases, stopped for a snack at Bob's Burgers and headed for Seattle.  It was a good weekend. 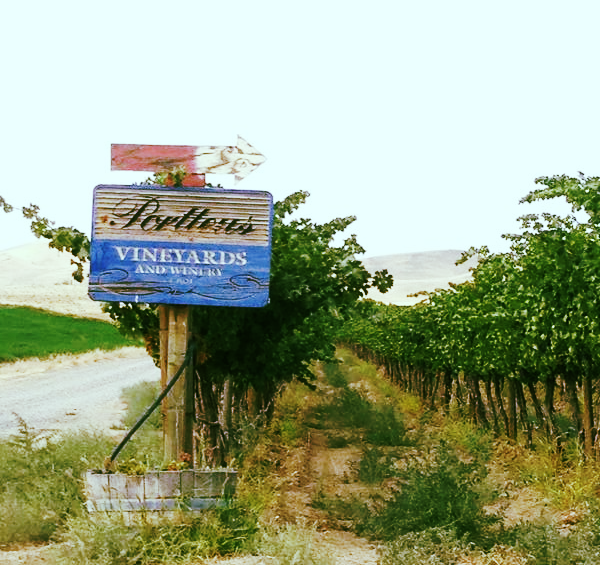