Friday afternoon we left the front door of our Seattle home, and many hours of traffic later we made it to Anacortes to catch a ferry to Friday Harbor, San Juan Island, Washington.  It was officially a sunset cruise by the time we boarded. The San Juan Islands are an archipelago in the northwest corner of Washington and southwest corner of Canada. The are the traditional home of the Salish peoples (Nooksack, Lummi, Klallam, Saanich, Samish and Songhee – mostly killed by small pox brought by european explorers in the 1770s to the islands) and despite being colonized primarily by the British and Americans – the Spanish names given by the first non-indigenous people coming under the authority of the Viceroy of Mexico have been the ones to stick on the maps of today.  However, the waters around the islands have been recognized as the Salish Sea since 2009 by both US and Canada. The sky over the Salish Sea gave us quite the show as we headed west and reached San Juan Island on Friday. 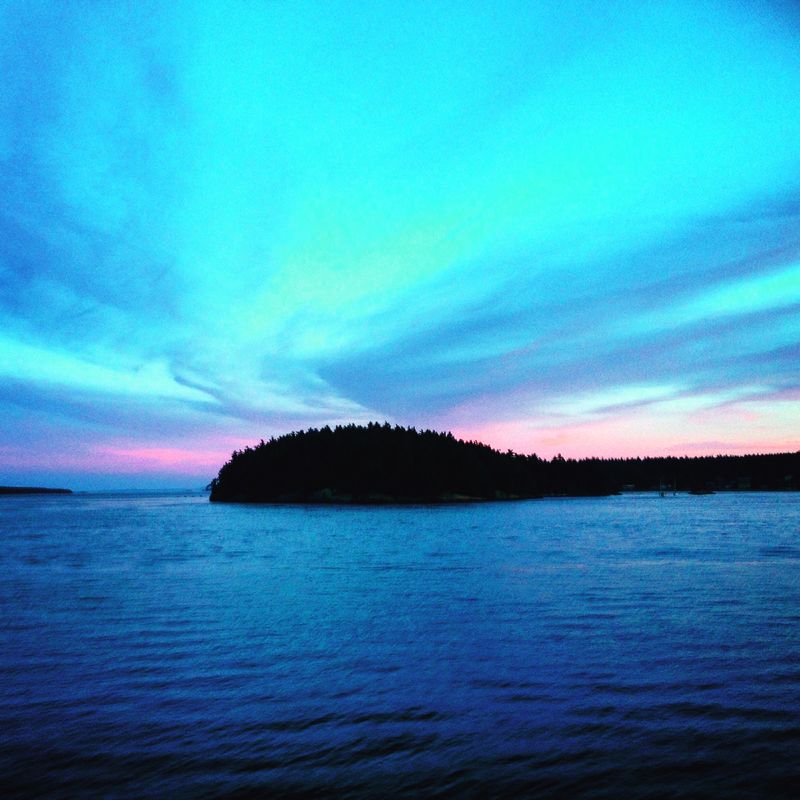 We reached our destination, a lovely Airbnb retreat on the other side of the island, by nightfall – and learned our host shared a connection via Duluth, Minnesota with the two of us.  Small world. I had originally planned for us to enjoy a Friday island dinner, but because of our late arrival everything was closed, and we were officially out of the way.  Instead, we focused on the bottle of Syrah and can of  Trader Joe's dolmas I packed, as we discussed possibilities for the next day- including the farmer's market, San Juan Island Cheese shop and the Palindaba Lavender Farm lavender festival. 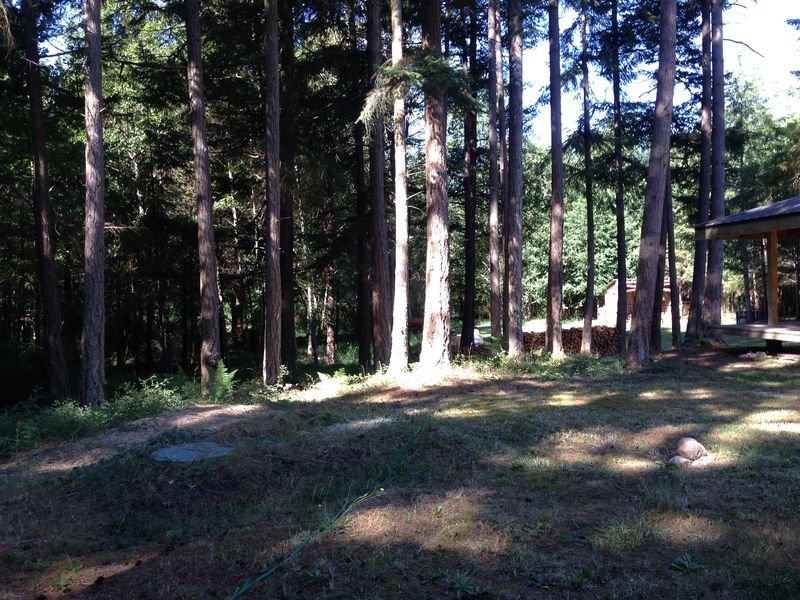 The sun came up quite early the next morning and we managed to sleep in to the ripe hour of 8am, listening only to the sounds of birds, bees, and other scurrying insects.  Such a change from central Seattle location next to a major arterial.  Then it was off to the San Juan Island Farmer's Market. For a small island in the Pacific Northwest the Farmer's Market located in the Brickworks of Friday Harbor is extremely diverse.  We found avocado squash 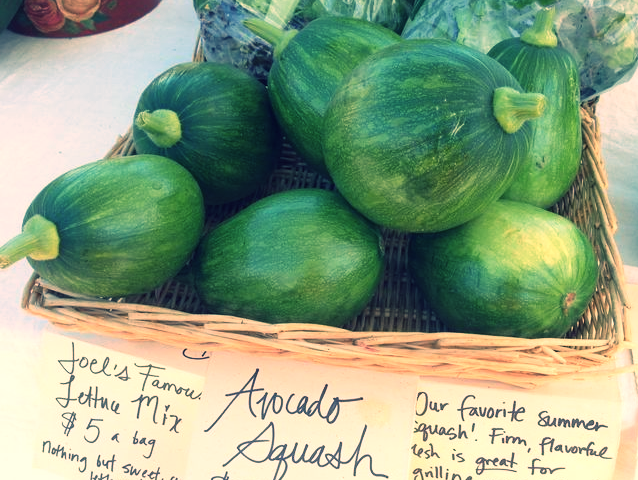 locally made and harvested sea salt 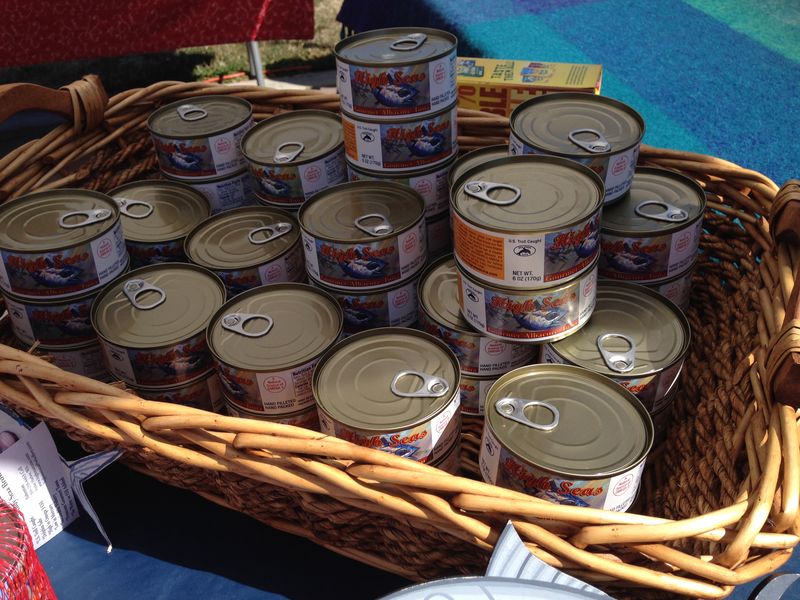 and these big gooseberries (which were quite tasty). 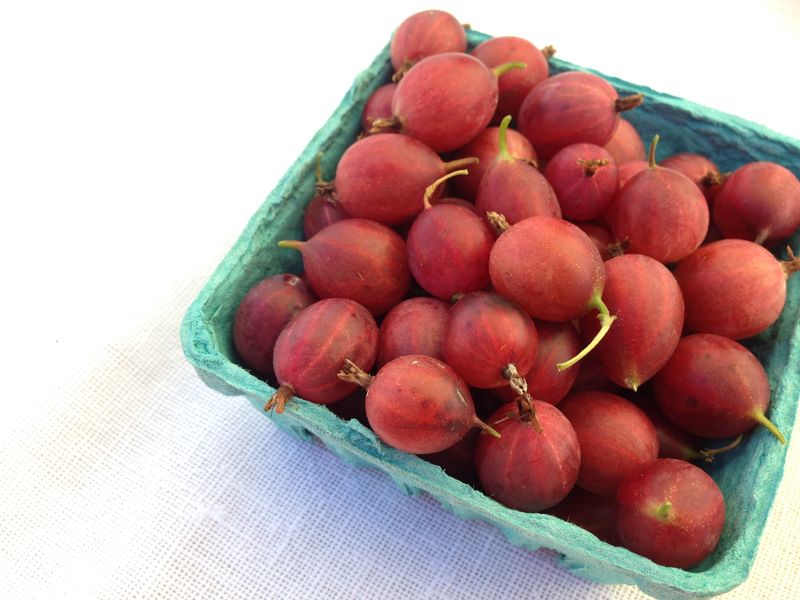 I insisted we go to lunch at the San Juan Island Cheese shop (SJI Cheese), which per my internet research was rated number one of all the island restaurants.  It did not disappoint.   We started with a Northwest cheese plate – and I finally got to taste Cougar Gold Cheddar -I now understand the hype, however the local chevre from the woman's goats we just met at the farmer's market was the best on the plate by far. 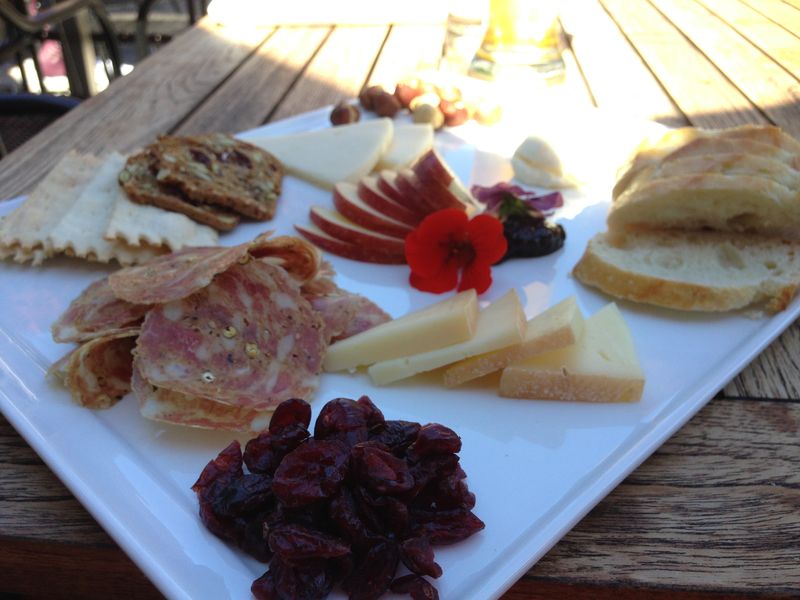 Evan got pastrami sandwich and I followed the cheese plate with a mixed green salad. 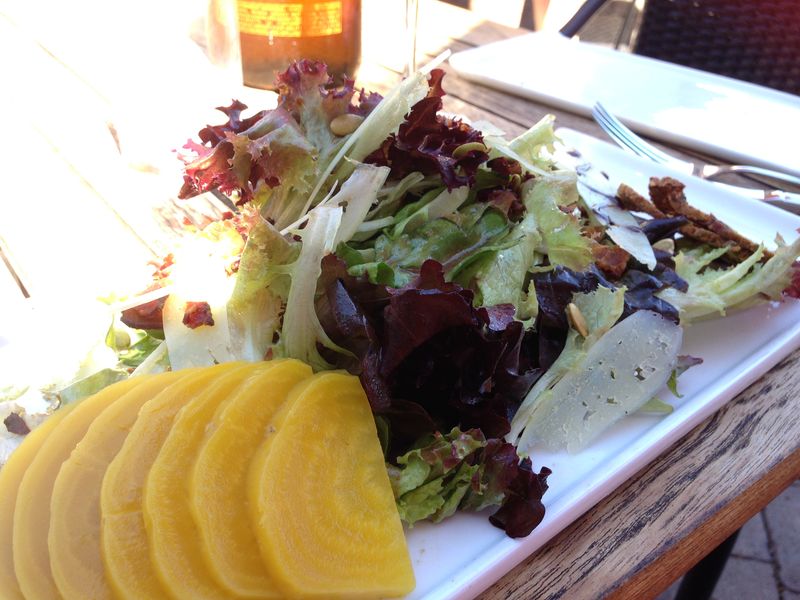 Last but not least, we splurged and went for the lavender cheese cake.  It was amazing with is layer of lemon custard and perfectly balanced sweetness to the aromatic lavender inside. Meanwhile, we got ourselves a small town parking ticket – it was a cute $25 dollars for our failure to notice we were parked in downtown Friday Harbor for longer than 2 hours.  We were having such a good time. 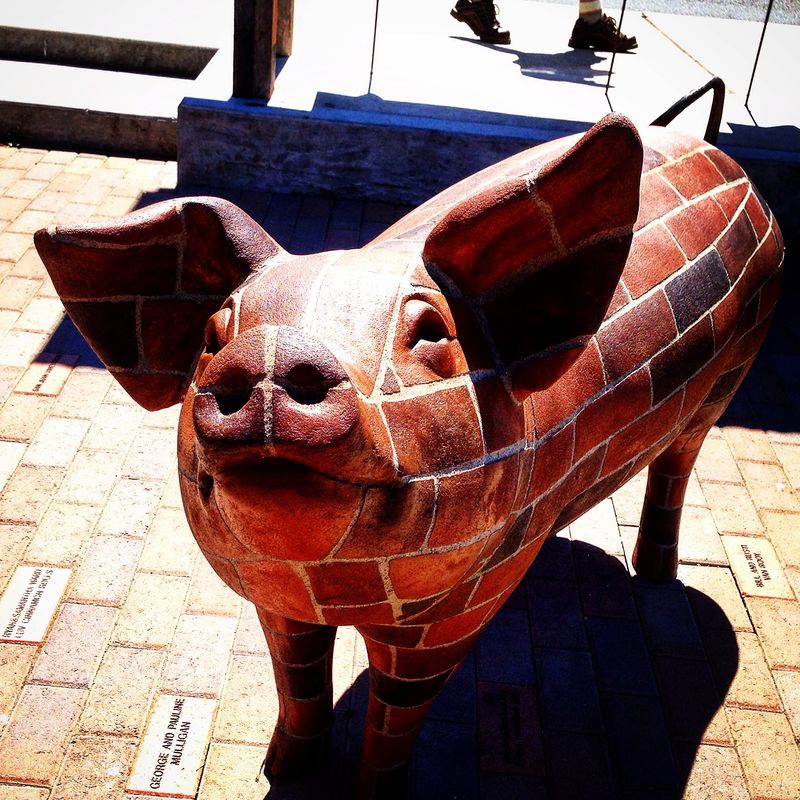 It was getting hot, and we had obviously outstayed our parking permits, so we drove back to the cabin and enjoyed the shade for a little bit as Evan prepared for his massage and I rehydrated before my walk down to the lavender farm. 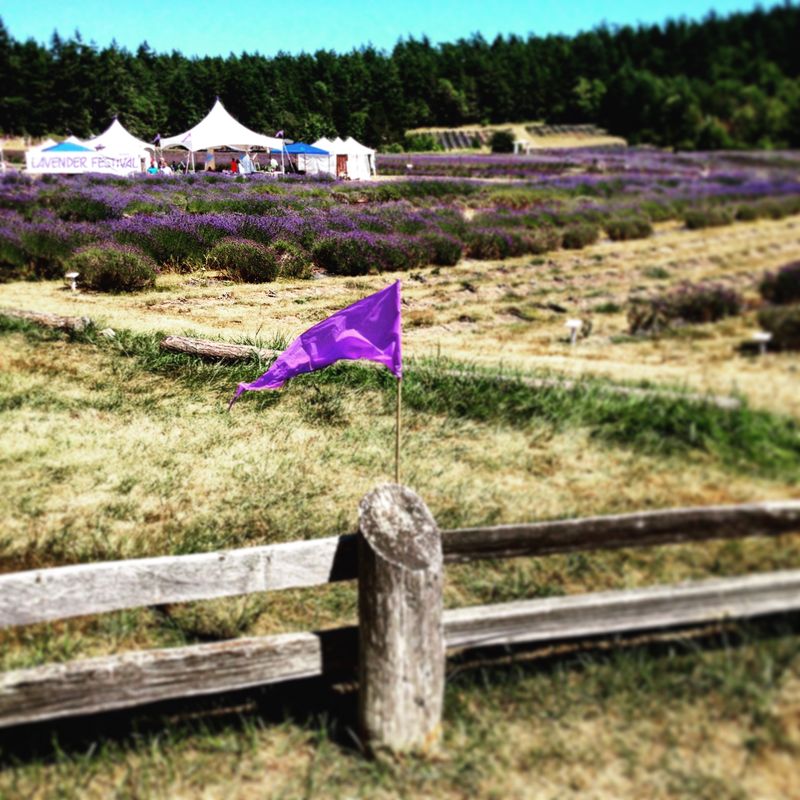 Luck would have it that I accidentally scheduled our trip to San Juan Island the weekend of the Pelindaba Lavender Farm lavender festival, which just happened to be a 5 minute walk down the road from where we were staying. 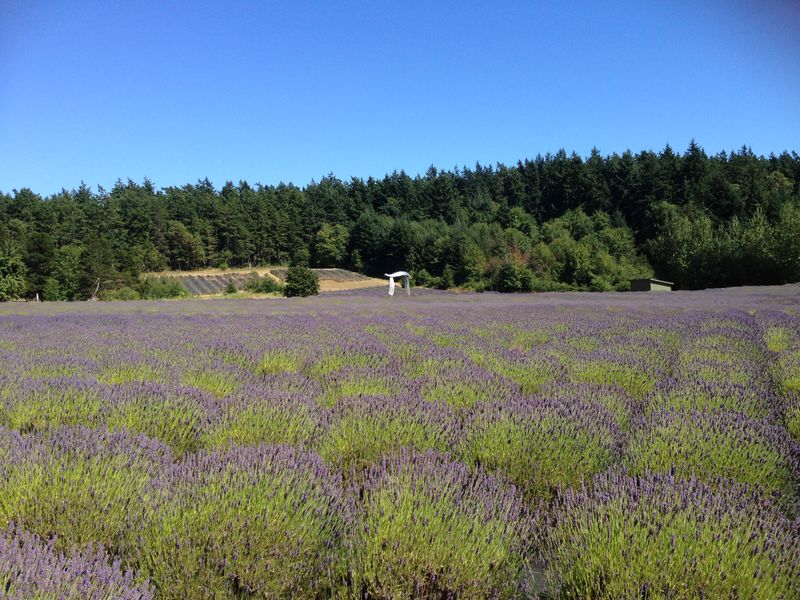 I love lavender, and at the lavender festival I learned about cultivating and distilling it.   I now love lavender more than ever – it is one of the most versitile crops known to man, you can eat it, clean with it (both yourself and your environment), you can make things smell good, you can use it as bug spray and repellant – and it is completely non-toxic.  Palindaba Lavender's owner has another convert to the lavender church – I sing the praises of this truly amazing plant. 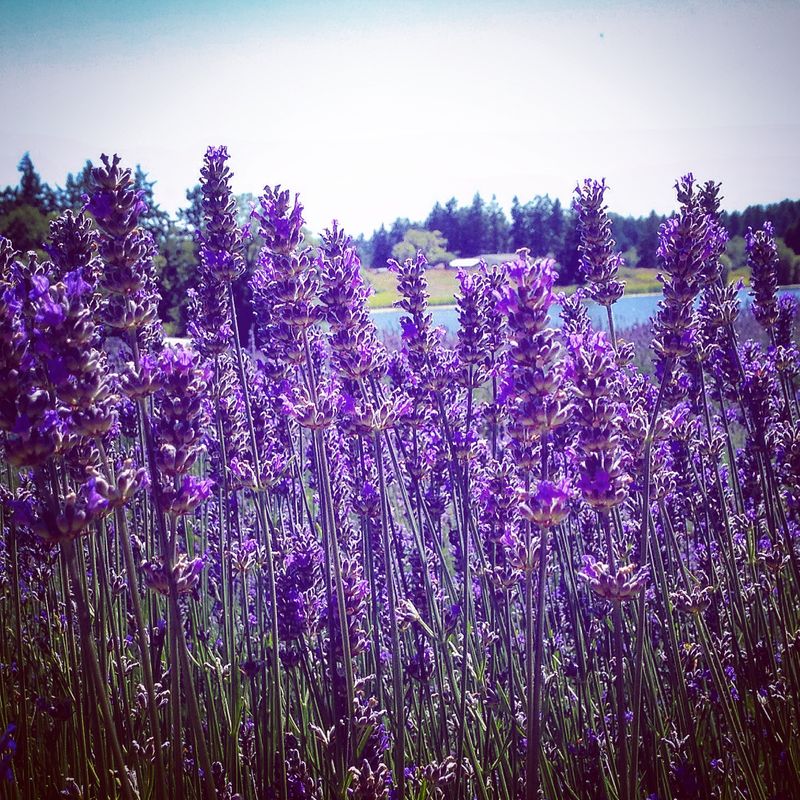 I always knew it was a wonderful culinary joy – but now I am armed with lavender hydrosol, ready to take on any germ, grease stain, or dirt spot in my kitchen, bathroom and life.  Palindaba Lavender sells all of the things that you can do with lavender so I encourage you to visit their website and learn more. Click here to visit and shop.  http://www.pelindabalavender.com/?Click=8955 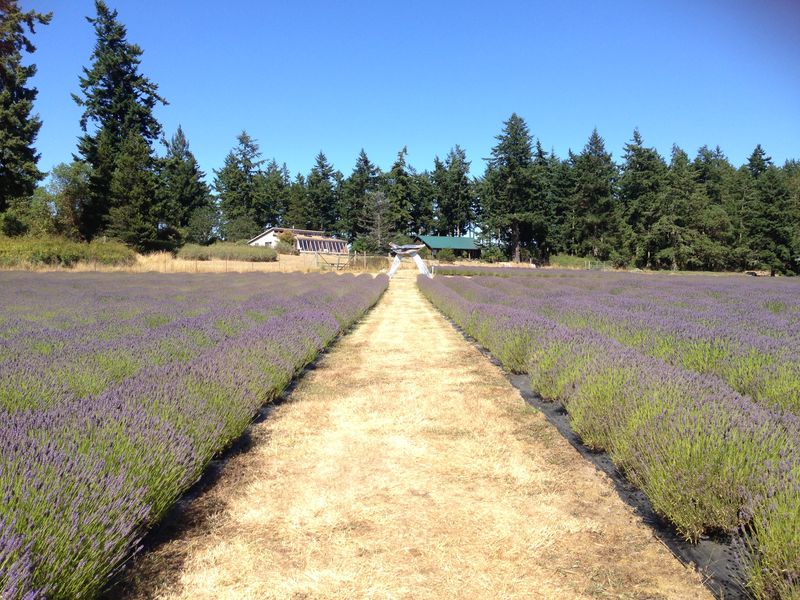 It was getting late, and I was getting a sunburn, so I picked up a pint of lavender ice cream and headed back down the road to our cabin in the woods.  I found Evan half comatose from his afternoon massage, primed him with ice cream, and then discussed dinner possibilities.  We sadly missed a chef's sampling at the Coho – so decided to try something outside of Friday Harbor and chose the Duck Soup Inn. 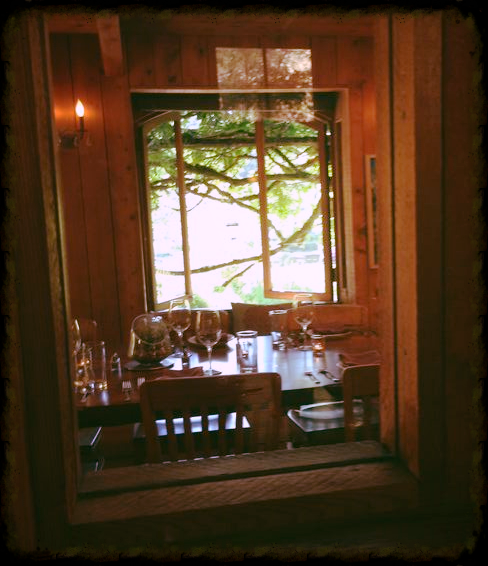 Nestled in the woods the Duck Soup Inn focuses on foraged and island local ingredients.  This goes even as far as the cocktails.   Evan started with a Madrone, featuring foraged and candied madrone. In honor of the opening of crab season we ordered a dungenous crab roll – it came with a tarragon tartar sauce that was the most tasty tartar sauce I have had in my life. The roll was followed by an apricot and squash soup that looked like a Rorschach test and tasted like heaven. 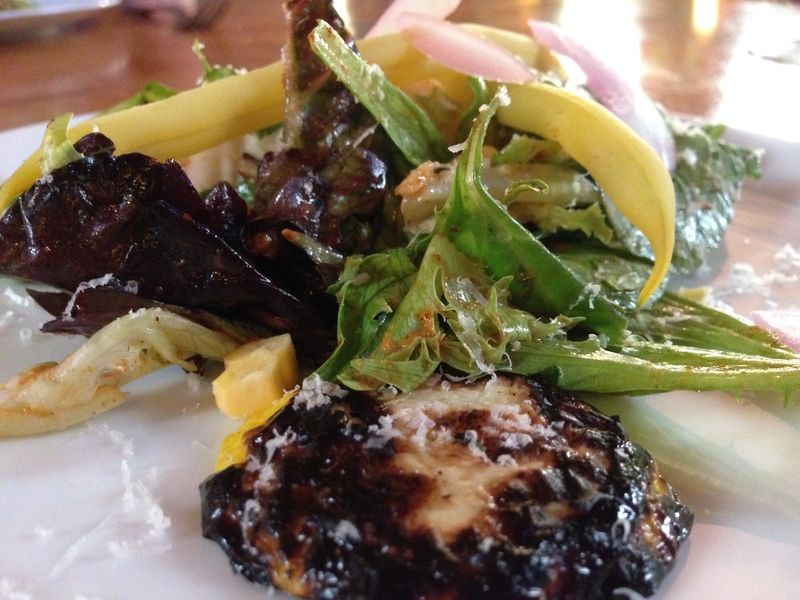 Then came our salad and our main course – mine, a roasted duck breast with foraged berries and seaweed, Evan's a wagyu steak with morels and scalloped potatoes. 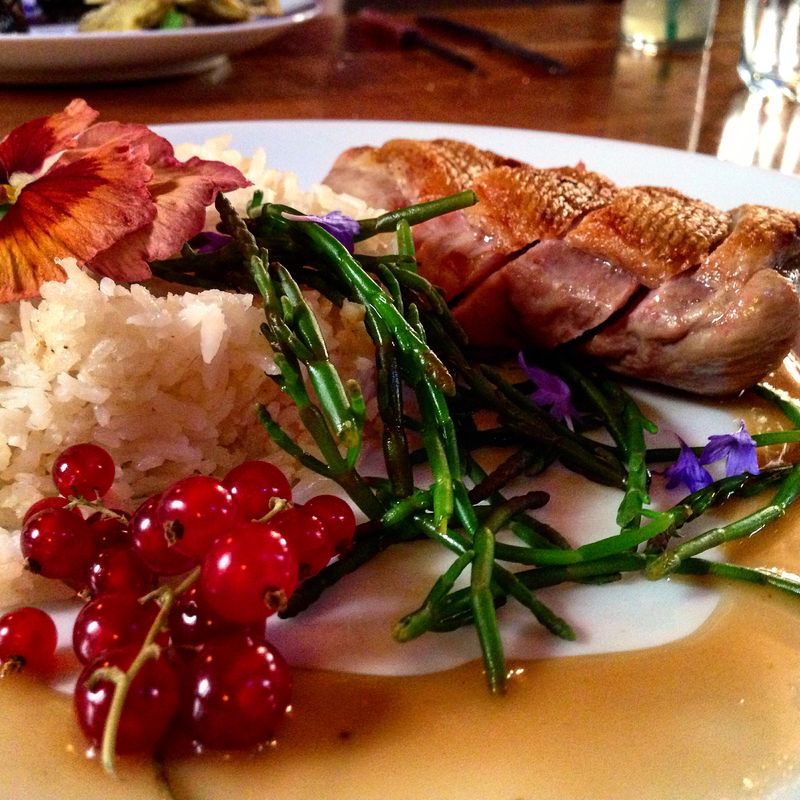 We were so full we had to leave without looking at the dessert menu and retire to our cabin before the sun set again on the island.  Tomorrow hopefully holds orca watching from the beach, a sculpture garden, and a ferry ride back to Anacortes.