"I'll take you camping. Anywhere you want. You choose where we go. "He said apologizing for the quick cancellation he had to make early in July because of work and the world. I responded quickly to the offer declaring I wanted to go to the Olympic Peninsula. The most impossible place to camp in high summer without reservations. He did say anywhere, after all. 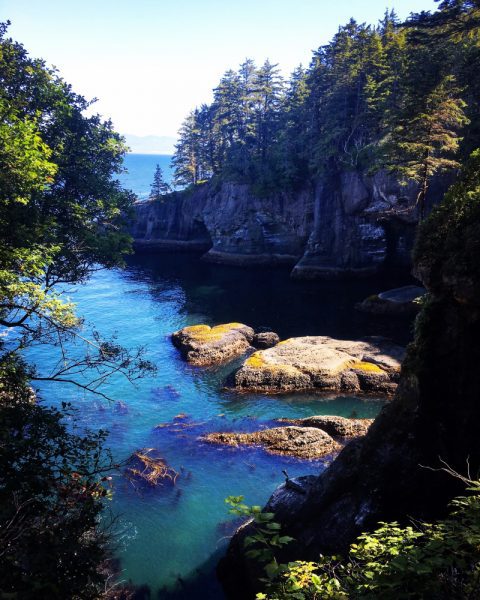 However, this was not to be traditional camping with a tent and cooler. No, this would be glamping with a 26 foot RV.  I thought perhaps this would make finding a camping spot on the peninsula easier. I was wrong – it actually makes it harder as there are no places that take 26 foot RVs in the Olympic National Forest. "Try Neah Bay." He said texting the name of the resort. "It is Indian Country, I fish there." Sure enough there was one spot left at Cape Resort located right on Neah Bay inside the boundaries of Makah Tribal land at the very end of July. 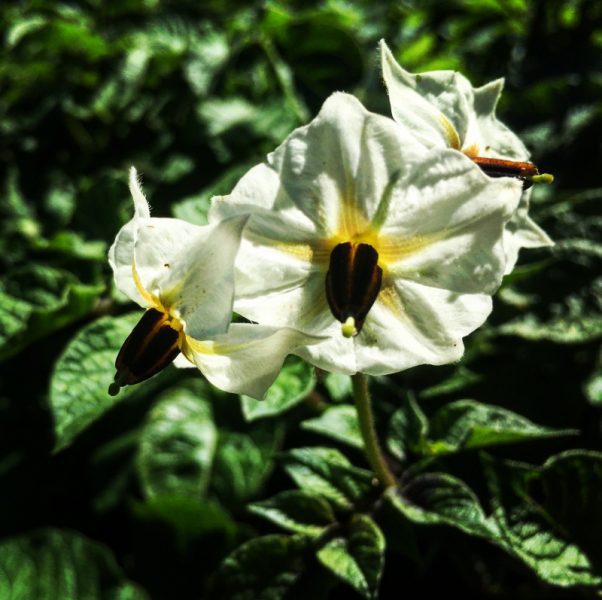 Neah Bay is five hours away from Seattle metropolitan area – but we were able to leave on a Friday and drive there with all the best of intentions of having a great time together. Our only challenge on the drive was the lack of gasoline in the town of Forks. We saw no vampires, but only one gas station of two had fuel for the truck, so we had to maneuver into the station with 26 feet of RV behind us. It was officially weird, because why would random small town America run out of gas on a non-holiday weekend? We'll never know, but it happened. We lived. We made it to our destination. We were not even delayed. But we still wonder, what the hell was happening in Forks, Washington that it had no gas on a random weekend in July.

A little bit later, after passing many beautiful things I could not photograph out of a Ford pick-up window with two dogs breathing in my ear, we finally made it to the Cape Resort. Cape Resort wasted absolutely no effort on the landscaping or quality of visual experience for its camper. But it was perfect because there was a place to park the RV, a fire pit, lines for all the things that RVs need to be functioning RVs and mostly nice neighbors who were only slightly nosy about the young couple who came to park for the weekend with no fishing gear. 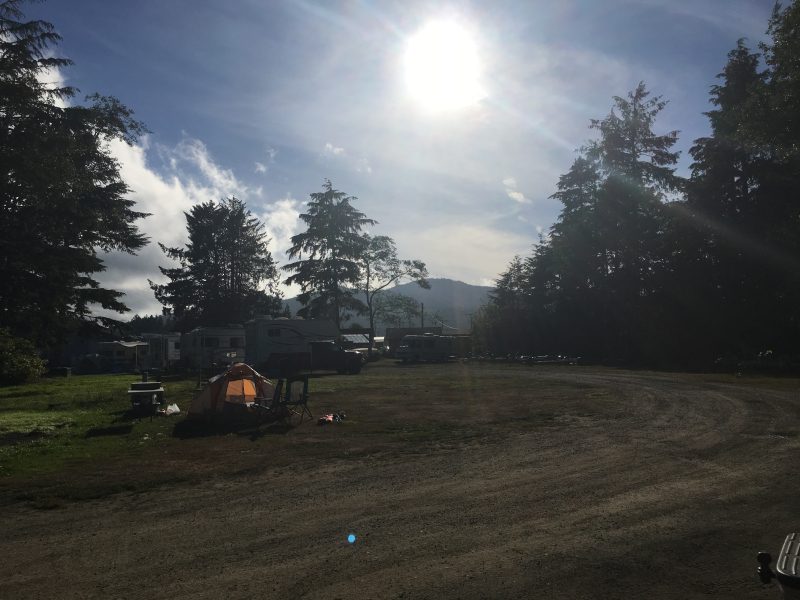 I have to say that camping in an RV is pretty much like lugging a house along with you. It has all the comforts of home, including a pillow top mattress and running water. We still cooked our meals outside on a camp stove – because who wants to stink a camper up with the smell of cooked fish. We made our dinner of his hand caught halibut and fresh zucchini from my aunt's farm and settled in for the evening. Saturday would be for hiking and taking in the views of Cape Flattery – the Northern most point of the continental United States. 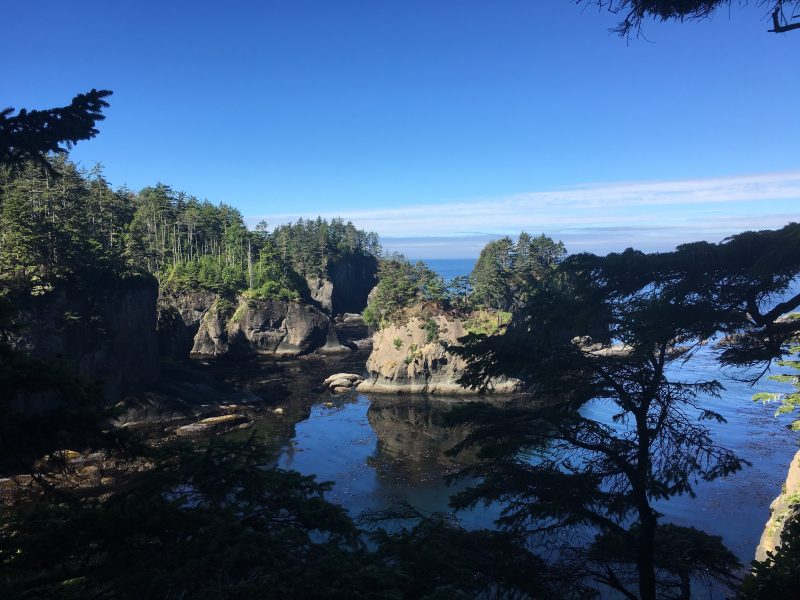 On Saturday – we got up early, had some breakfast and a couple of my famous homemade bloody mary's and were ready to take a walk out to see the Pacific Ocean in all of its glory. In my 12 years in Washington – this was the first time that I saw the Pacific ocean from the coast of Washington or Oregon – because the sun was shining and it was beautiful. You might believe that the two of us are blessed with some phenomenal luck with the quality of the views provided. We even saw a few Puffins. 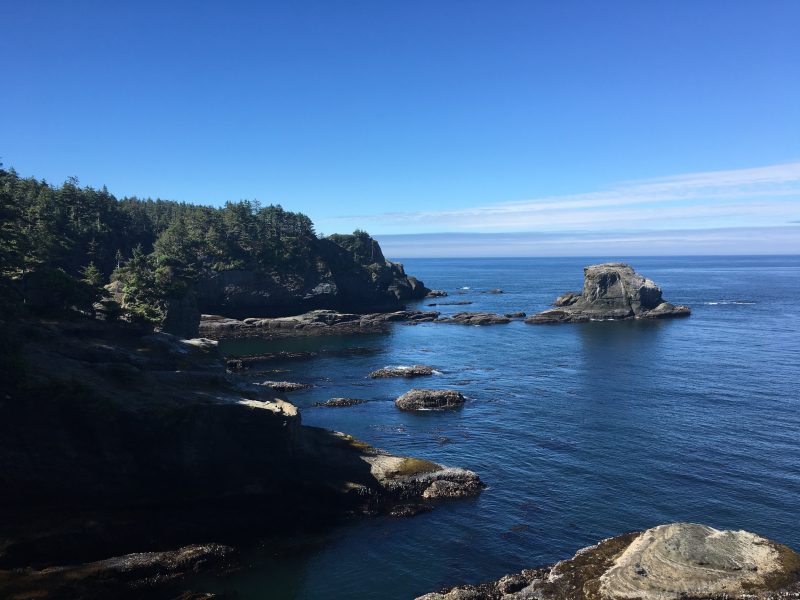 Puffin?  Yes, there are Puffin in North America – at this exact and only location off of the Olympic Peninsula. Take that Iceland. 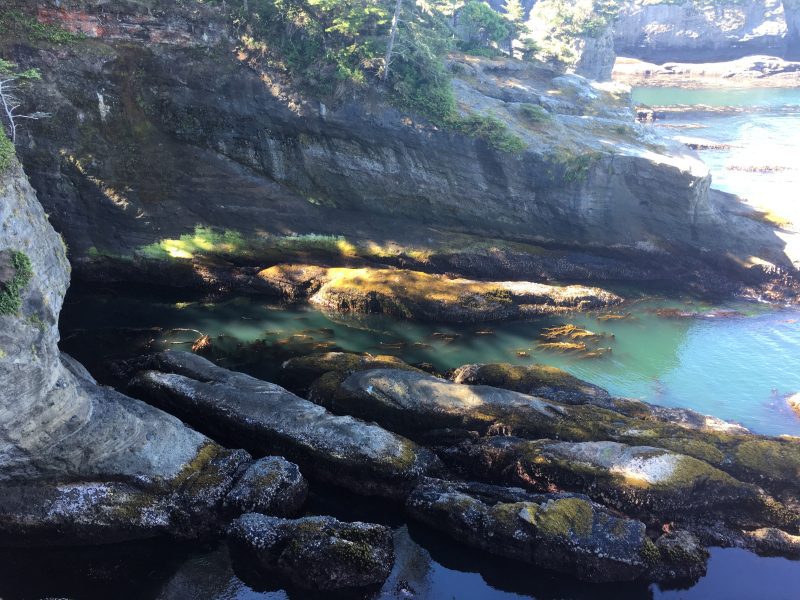 As we exited the trail back to the parking lot we found it teaming with others who were about to do what we just did. Our timing was perfect. We went back to camp after getting some ice from the local grocery/hardware/liquor/everything else store and made a couple more bloody mary's to celebrate our hiking adventure. 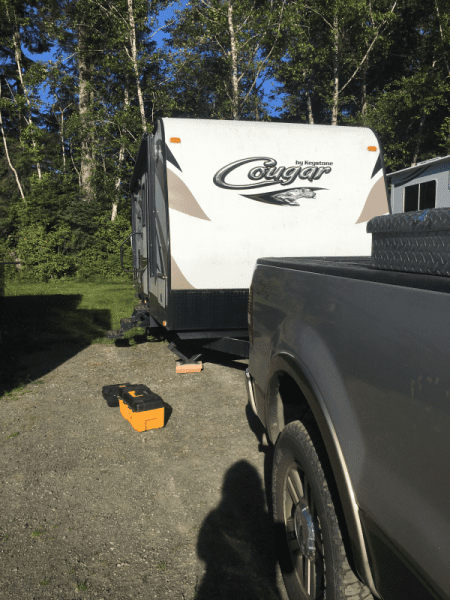 From there we started making friends with our neighbors, exploring their RVs, meeting their dogs and chatting about this or that thing as if we had a clue what it was like to be retired and chasing salmon. We took a nap, I walked the dogs, and sat out in the sunshine with my rune book – and then we enjoyed the day together until it was no longer daylight. Only then did we cook salmon and break into the good wine. Before we knew it the day was over and it was time to go to bed and face a Sunday filled with driving home. 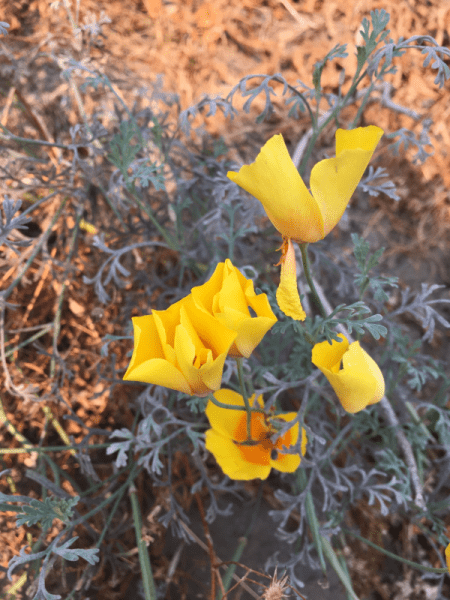 As far as trips go – we really didn't do much – but I had more fun than I can remember spending time with another human just being in the moment. It didn't hurt, of course, that the human I was with happened to be attractive, fun, in possession of a giant pick-up and RV to carry me on a camping adventure in – but most importantly was the moment and being completely in the present for each second we were together. No worries of yesterday or the future – just the now, right here, in front of us – nothing else. Beautiful. 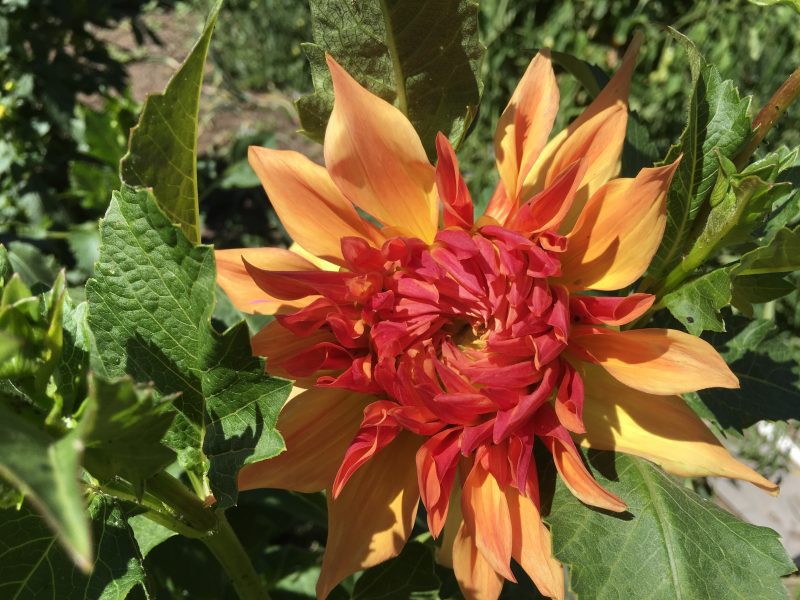