So after a long summer and a broken ankle it was time for a fun late fall getaway – or early winter as we found driving over Stevens Pass from Seattle. 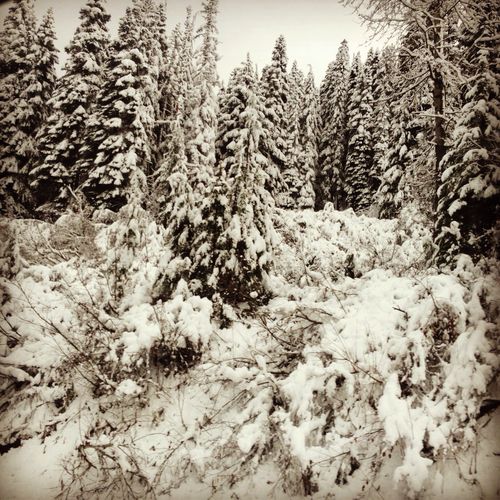 Leavenworth, Washington is a town in the Cascade Mountain range of Washington built to look like a Bavarian village of Germany. 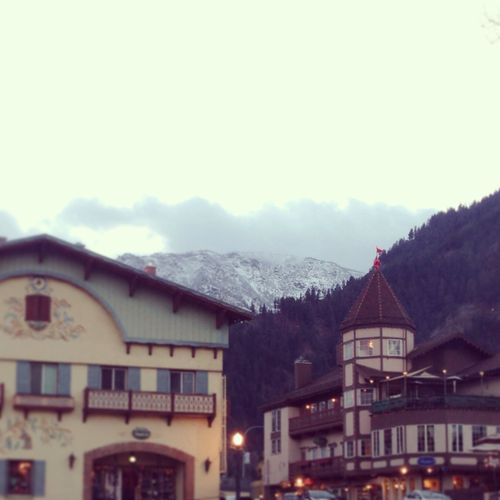 Every year it hosts thousands of visitors for Oktoberfest and outdoor activities such as hiking, fishing, and staring at Christmas lights in the snow.  It rebuilt itself as a mock bavarian village in 1962, after near economic collapse, in hopes of fostering a new tourist industry.  It was extremely successful, and was named recently named the Ultimate Holiday Town USA by A&E. 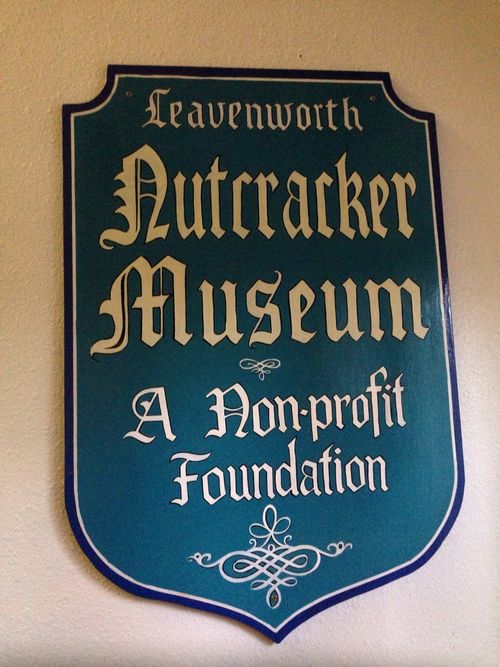 It being the first weekend of November we went for the German food, a short drive, wine tasting, the Nutcracker museum and a mid-week, off-season deal on a pretty awesome suite including a full kitchen. This is Karl, the photo friendly nutcracker in the Nutcracker Museum, home of over 5000 nutcrackers.

I was able to sneak a photo of Davy Crockett, king of the wild frontier, before my boyfriend told me I was breaking the rules by sneaking iphone photos 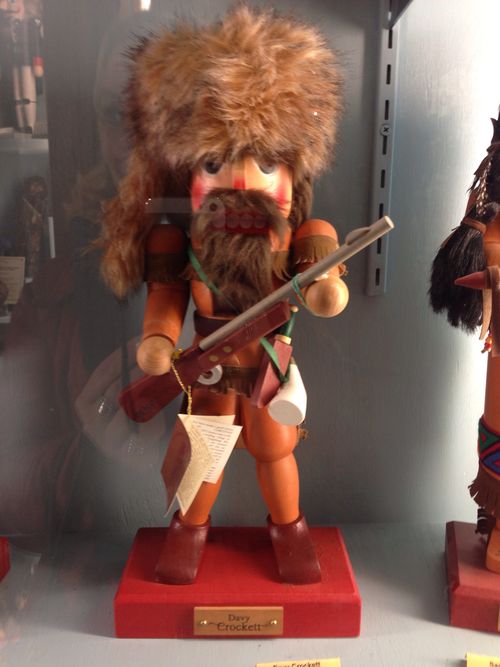 Another aspect, besides a booming tourist economy and lots of liederhosen, of being a Bavarian village is kraut and snitzle and sausage. 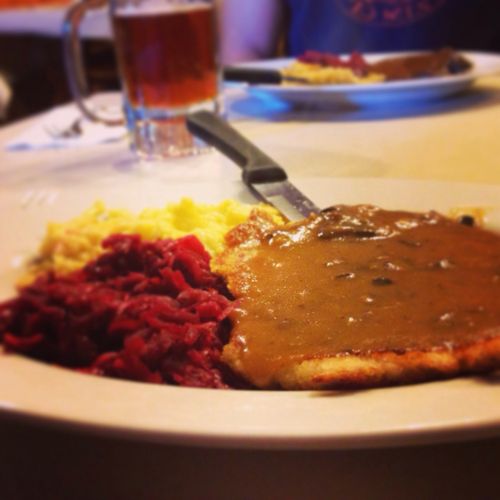 My grandmother Agnes, albeit born on american soil, was the child of very germanic immigrants.  She spoke german, she made vats of sauerkraut and other "interesting" dishes of curious germanic origin. For the first time in my adult life I was brought back to my grandmother's table immediately upon the taste of the mushroom gravy I found poured over my breaded fried pork cutlet.

It was an unexpected pleasant surprise to find on top of my plastic tablecloth in the now extremely empty dining hall of King Ludwig's on Leavenworth's Front Street. 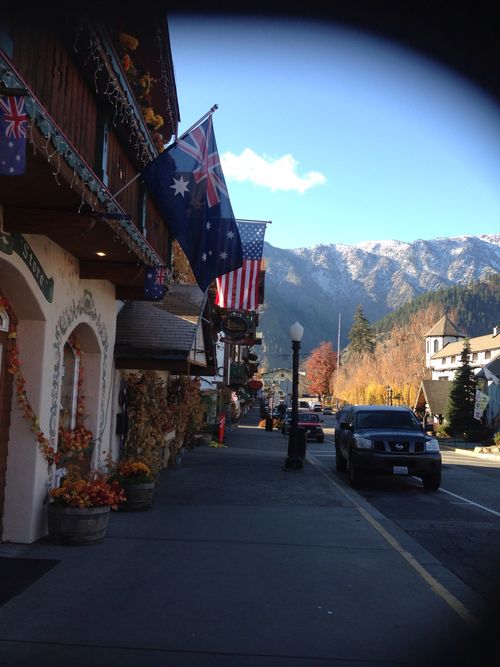 In our off-season bliss the street was deserted enough to wander through Kriskringal's Christmas all year round market and enjoy the flavors of mountain region grown wines such as Edelweiss, a grape bred in Minnnesota to withstand -30 degree temperatures that tastes like lemons, and beer brewed for the approaching holiday season at Icicle Brewing Company. We topped the night off with some late night snacks and karioke with locals at The Loft. 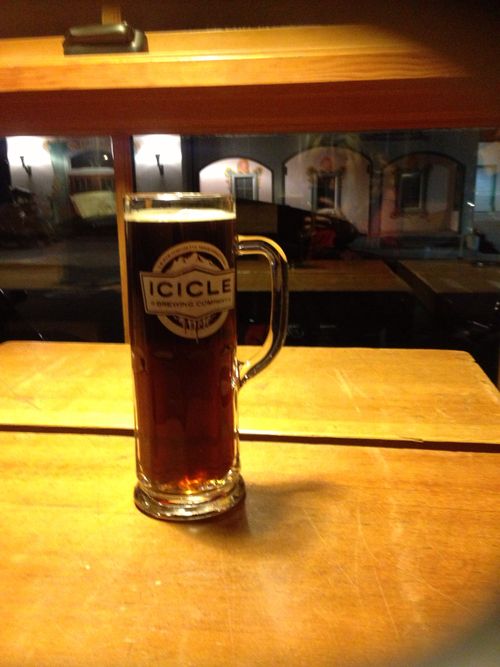 In the morning we checked out of the Dream Land Suites to the sound of carpet cleaners and an owner's relief in the exit of Oktoberfestians. Despite what seemed like good reason to clean the carpets we found no remnants of the beer drinking debauchery that comes upon this little mountain town of under 2000 inhabitants every autumn in our room – just good value, free coffee and comfortable bed to lay our heads.

We finished our 24 hour adventure with waffles at Sandy's. I explored  the not very german fried chicken & waffle and my counterpart finished his with a german sausage, waffle, egg combo. 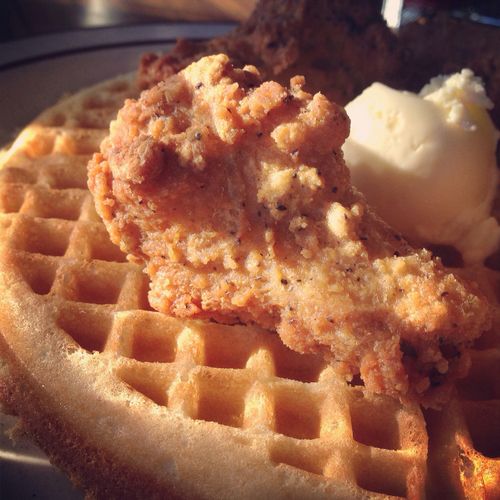 Then we left the town to sleep off its hangover and ready itself for the battalian of Christmas mountain villager want-to-bes awaiting them just around the corner after Thanksgiving. But Leavenworth will be fine because being  Bavarian is not just in its city code,  but its only profession.