The Olympic Peninsula is a beautiful place. I have lived in Seattle for 13 years now and I've only been out there a handful of times. The act of choosing not to take advantage of it is like ignoring the most wonderful treasure in your back yard and saying "eh, it will be there later." I decided it is time to get out in the magical land that is Washington's rain forests and go wandering. This is a picture of the world's largest Sitka Spruce. Lake Quinault and the Quinault rain forest area is home to a series of the largest trees of the world – so it is called the Valley of the Giants. They are definitely not small. It is awe inspiring to stand in their shadow as my legs didn't even begin to resemble the smallest root. 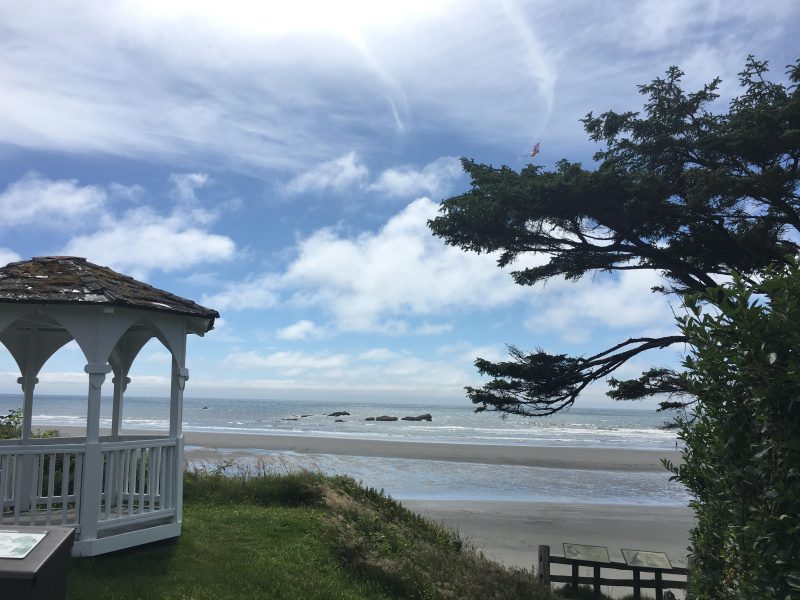 The road to Quinault is highway 101. It is a winding highway that you can get on via a ferry from Edmunds or driving south and heading over from Olympia.  We started in the south with a visit to my aunts farm first and then went North, stopping at Kalaloch Beach to explore some of the Washington coast and get some lunch. 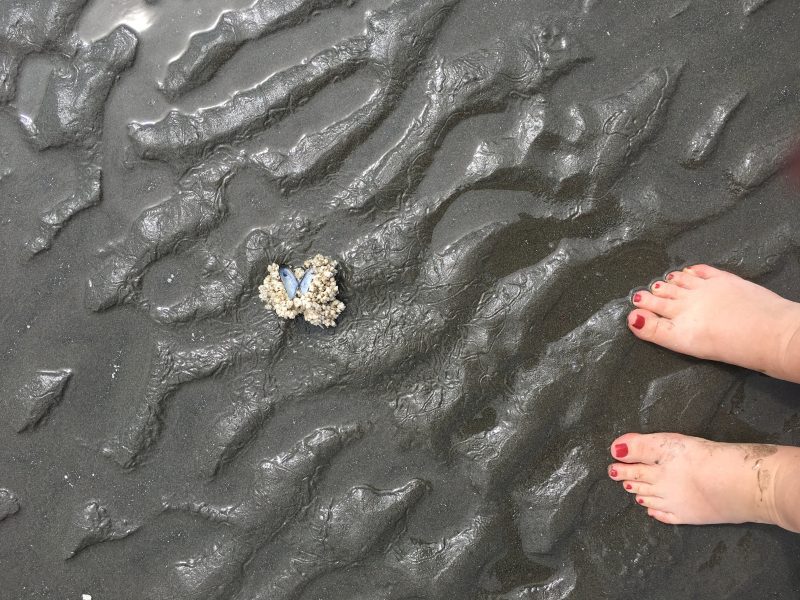 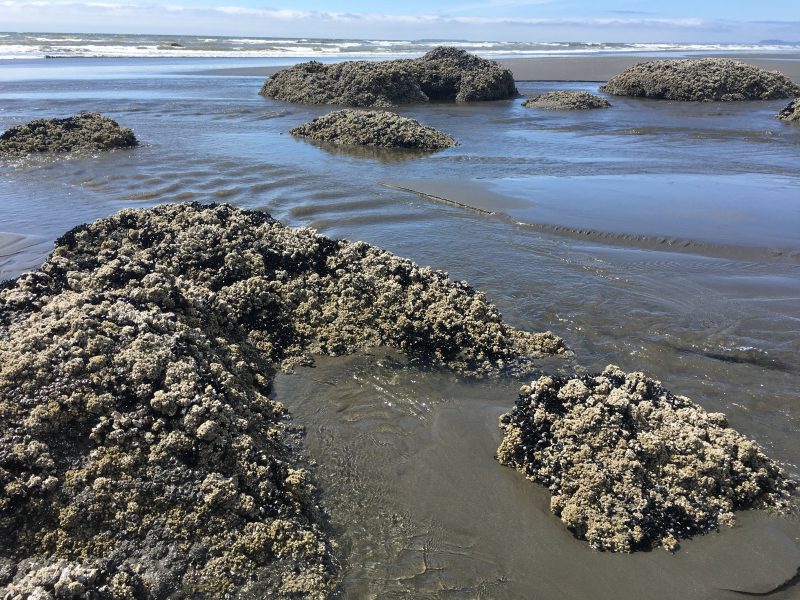 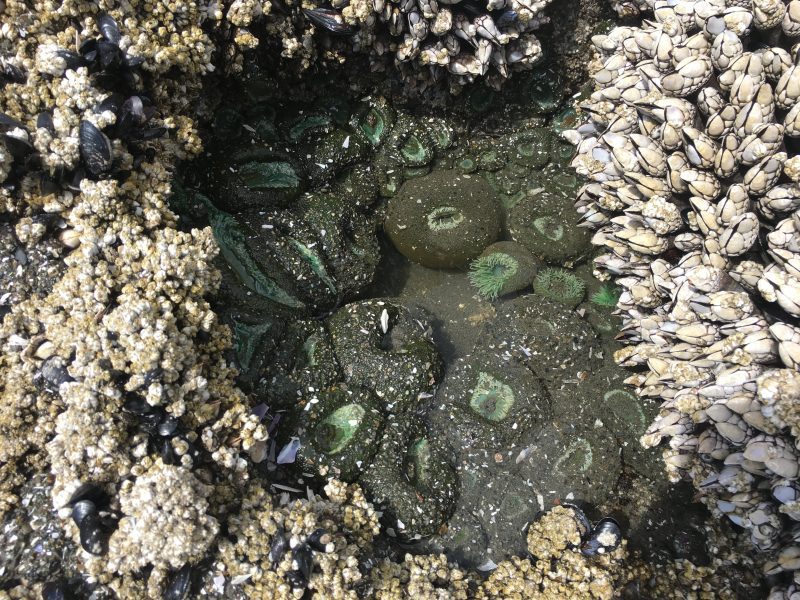 The tide was out quite far and there were many a sea creature to be found attached to the stones in the water. 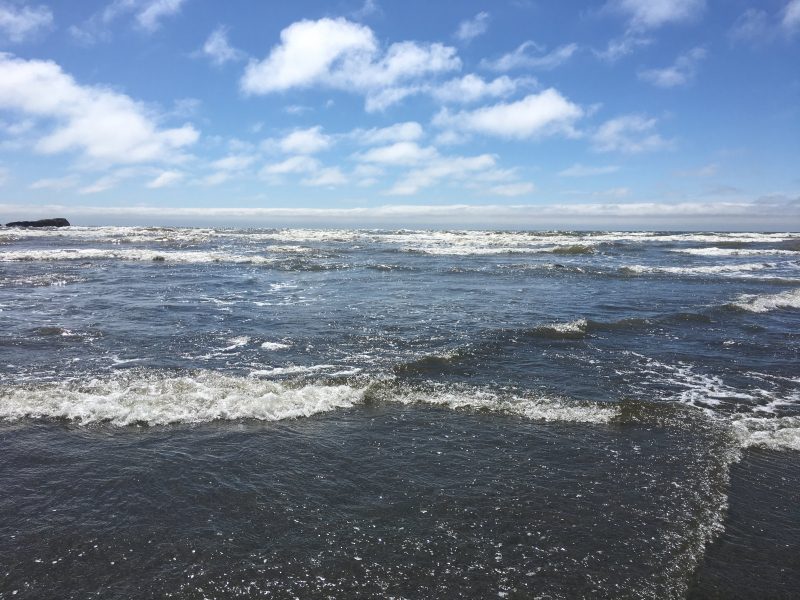 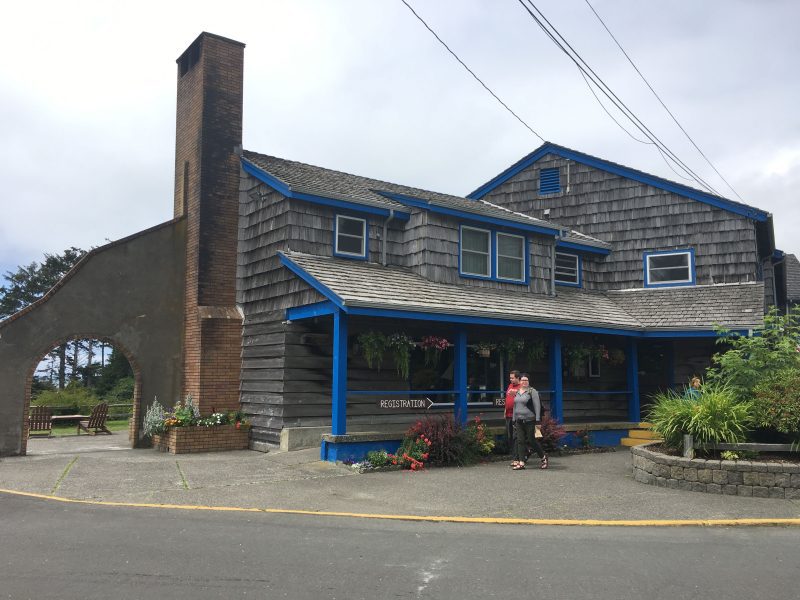 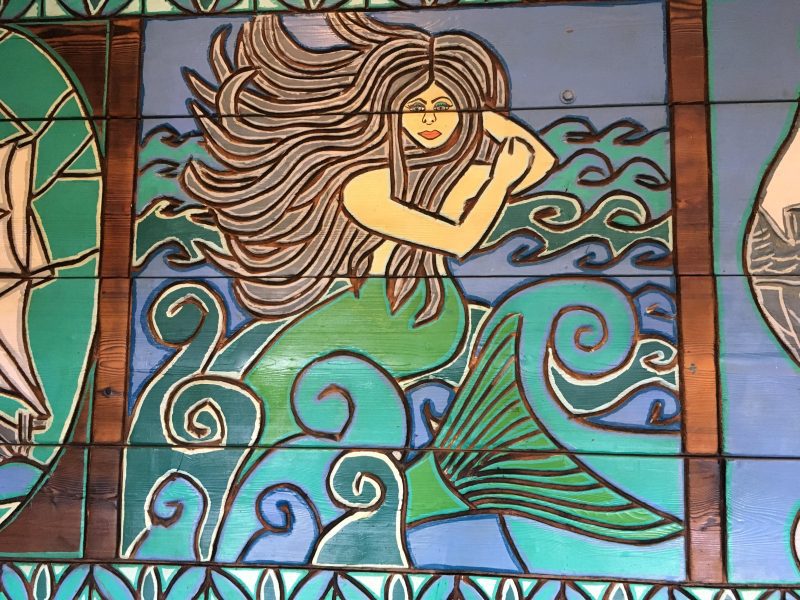 Lunch at the Kalaloch Lodge was in the company of this lovely mermaid and this fresh salmon blt. 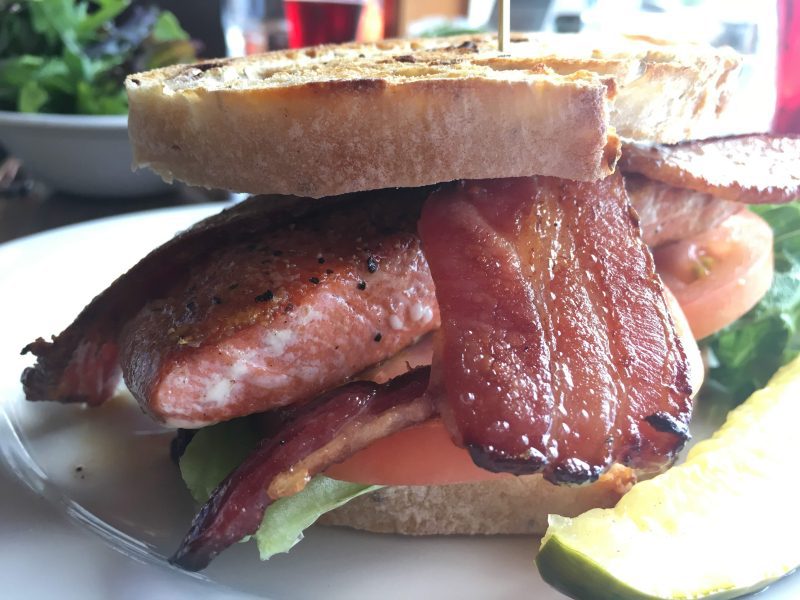 Fueled and ready after lunch it was time to head to our lodging and go for a walk among the trees. 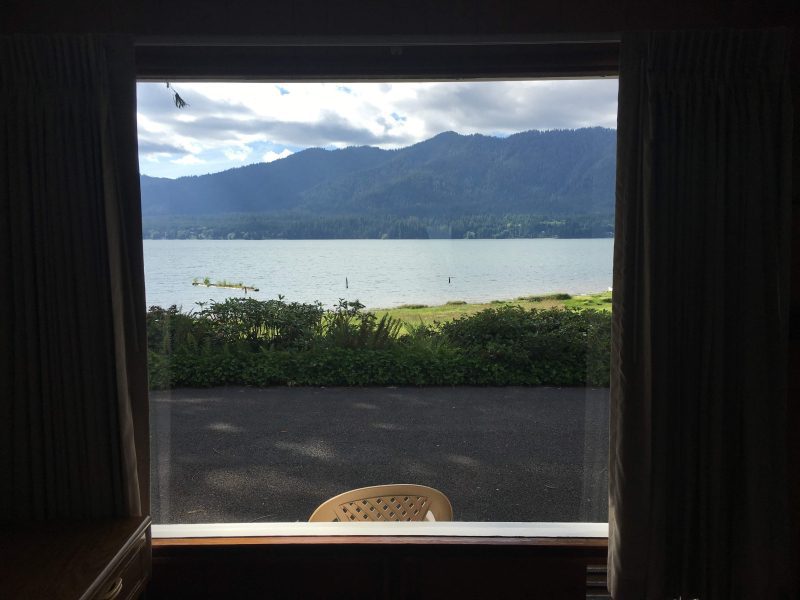 Our lodging had a direct view out onto Lake Quinault and a family from Chicago next door out in Washington to enjoy the peninsula and other forms of greenery that our laws about recreational activities allow. 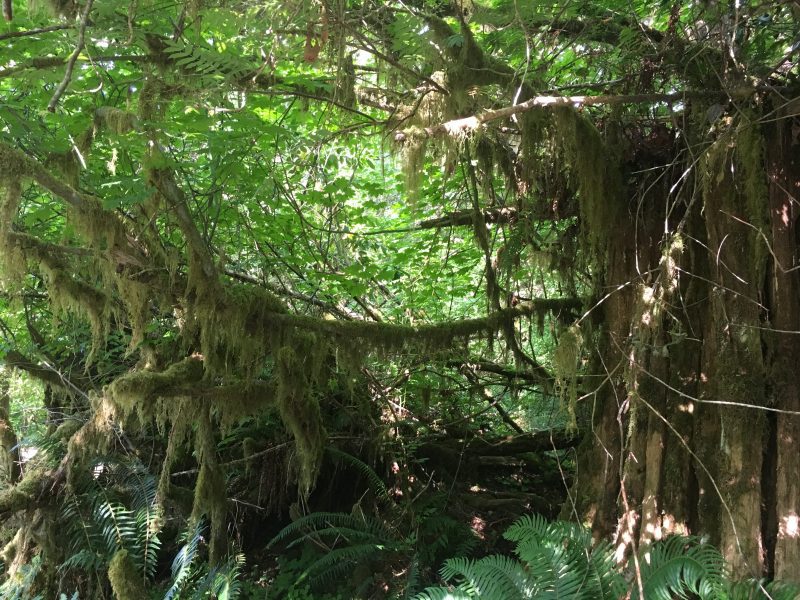 Meanwhile the forest was lush with ferns, moss, and overgrowth. 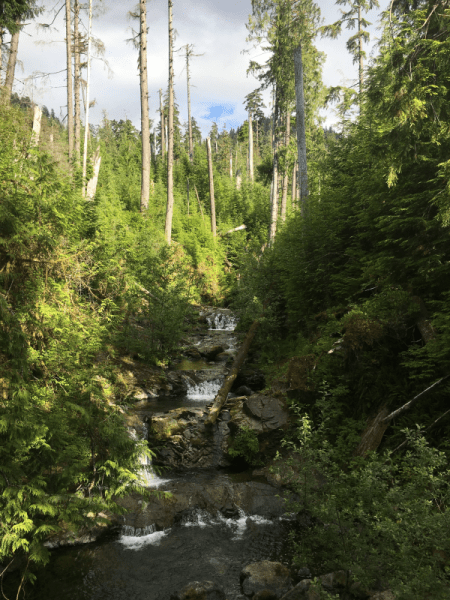 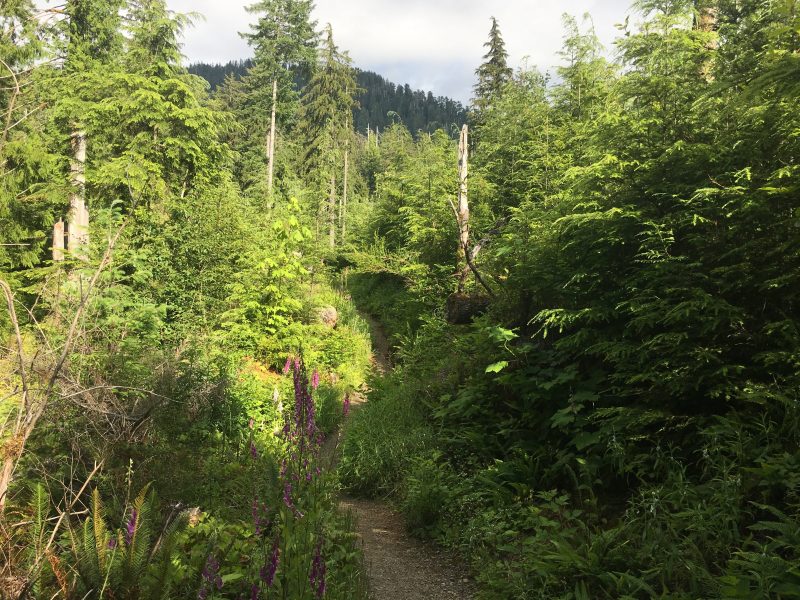 So much overgrowth that it was a little hard to see the path under the ferns sometimes. 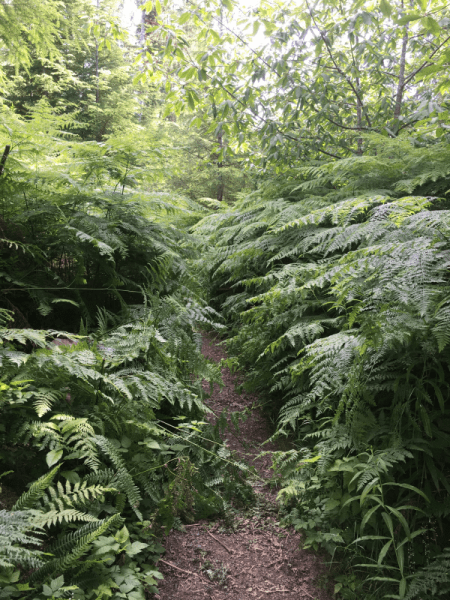 Despite the intimate contact with the plant life the hike was lovely – and the first real hike my ankle and I have been on in a long while. Because the forest was so dense the going was slow and we worked up an appetite – luckily we walked right up the Quinault Lodge in time for some pre-dinner sunset time followed by some nice seats in the Roosevelt Room. 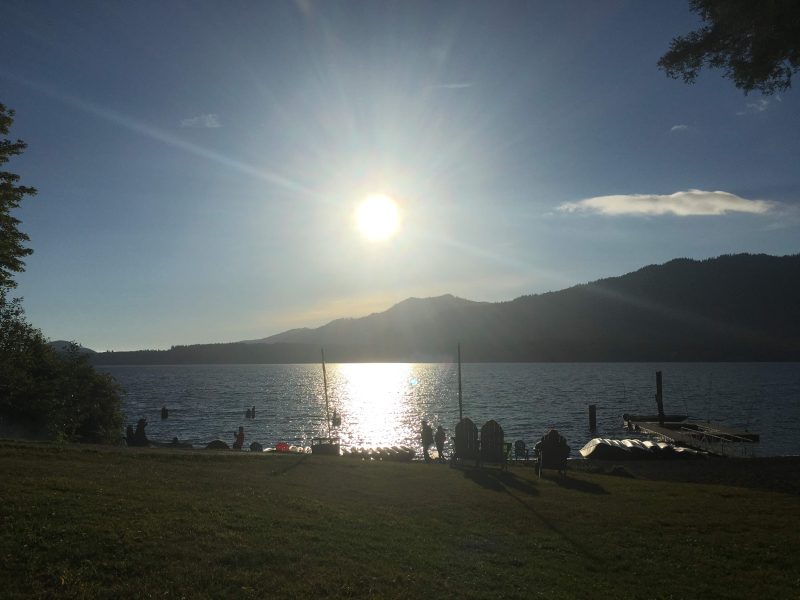 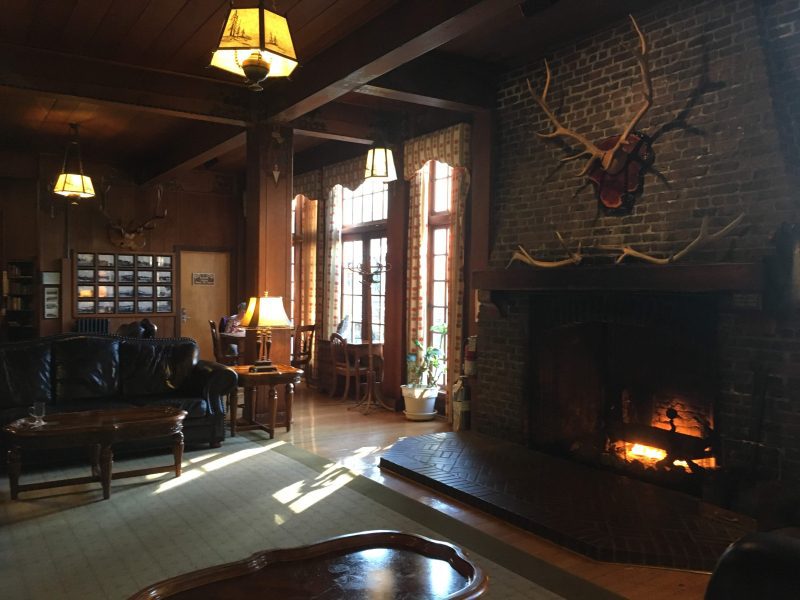 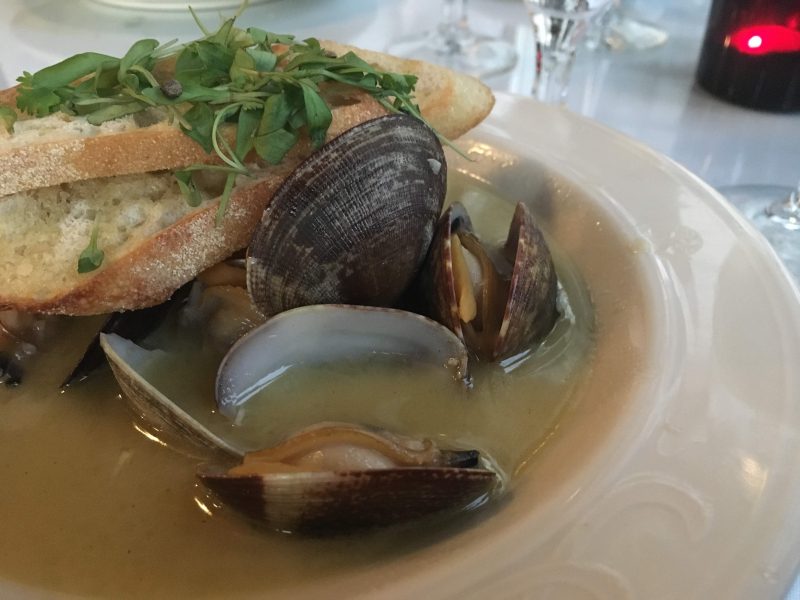 It was a good night to order clams and a salad in the old school dining room built by the hands of the WPA. 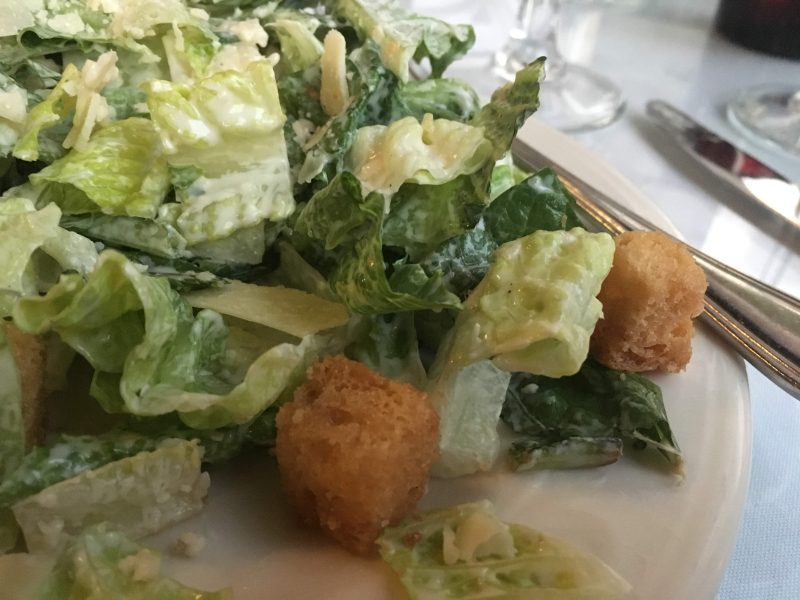 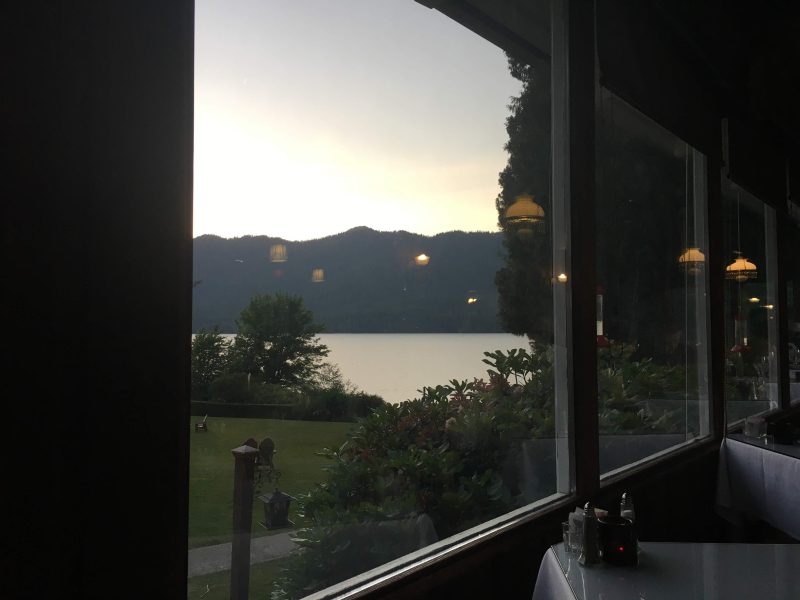 All of the lodges on the Olympic Peninsula were built in the 30's with the labor of the FDR's new deal – hence Quinault Lodge's dining room name and the plastering of the hallways with Franklin D. Roosevelt's photo. Every one of them has an air of old hunting lodge – a certain presence that belongs to another day. Though now they are all an oasis for family fun and tourism. It seems fitting.