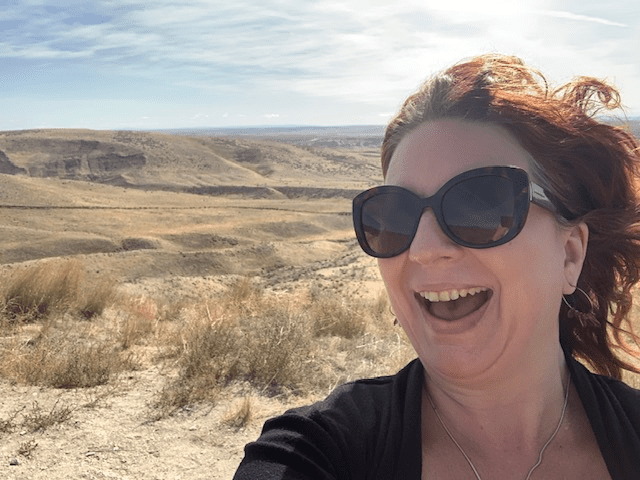 Day one and a full night in a hotel behind us we fully entered our road trip in thought, body and mind.

Leaving Boise, we passed prisons, historical prisons, and wide expanses of tumbleweed. My favorite reoccurring sign on the disparate landscape said something like “All trucks 26,000 Livestock and Hazmat must exit.” As a result of this perpetual lack of interest in the signage, when we saw a sign directing us to fossil beds we thought, why not? At least it will be more interesting than the interstate. And this is how we found ourselves on the scenic byway into Hagerman, Idaho. 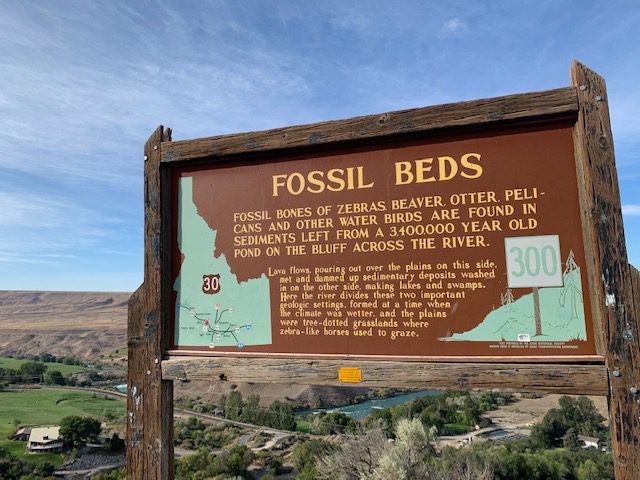 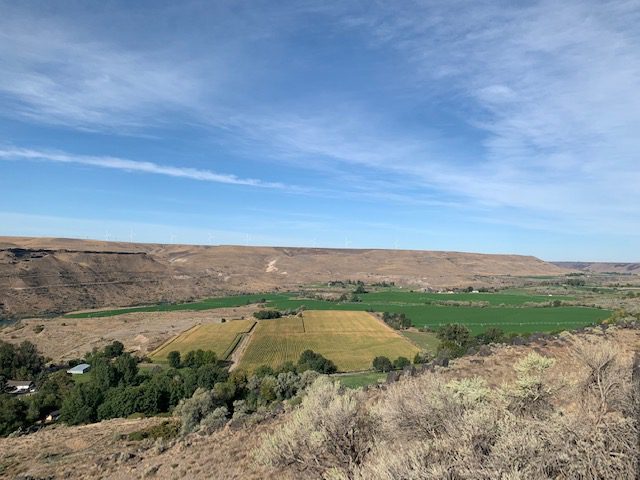 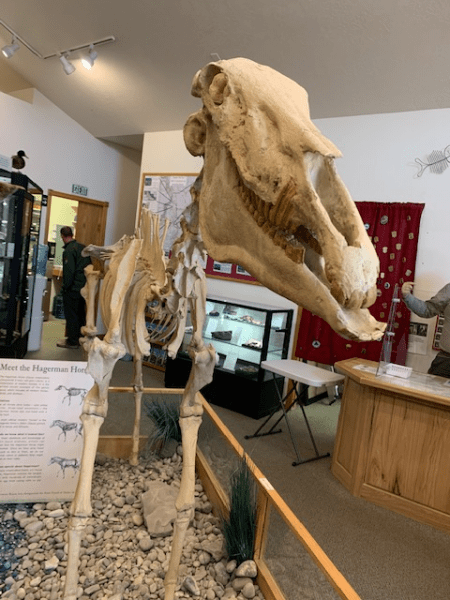 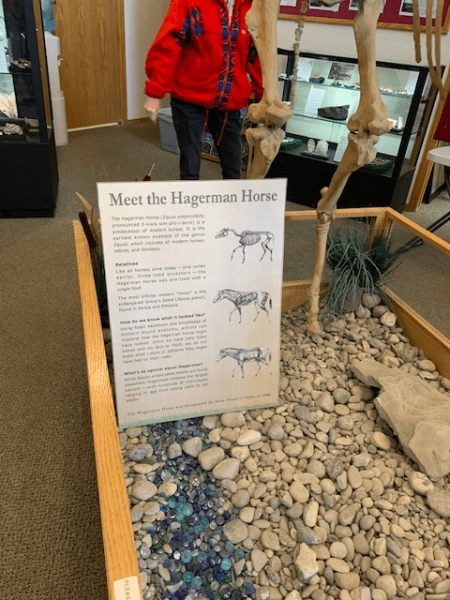 The fossil beds we stumbled upon house enough fossil evidence to study past climates and ancient ecosystems in a way that no other single fossil area in the world can (according to the National Park Service Brochure). It is kind of amazing, even if the photos of the area are not that interesting to look at. Here is a photo of the beds. The beds are the tan hills on the other side of the river.

While in Hagerman, since we were in the area, and hungry, we chose to stop for breakfast at the Snake River Cafe for some local breakfast fare. 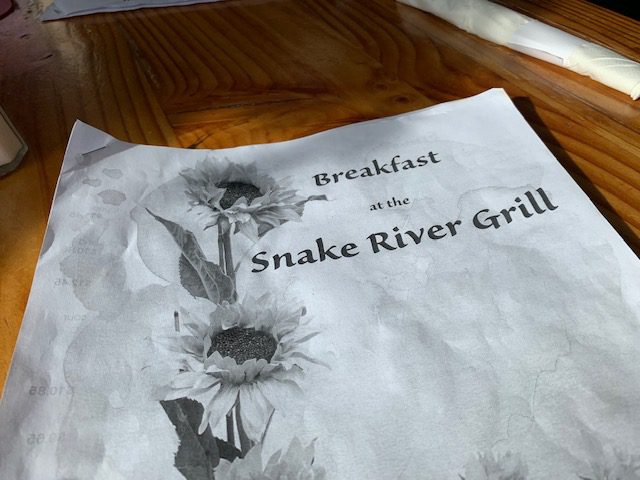 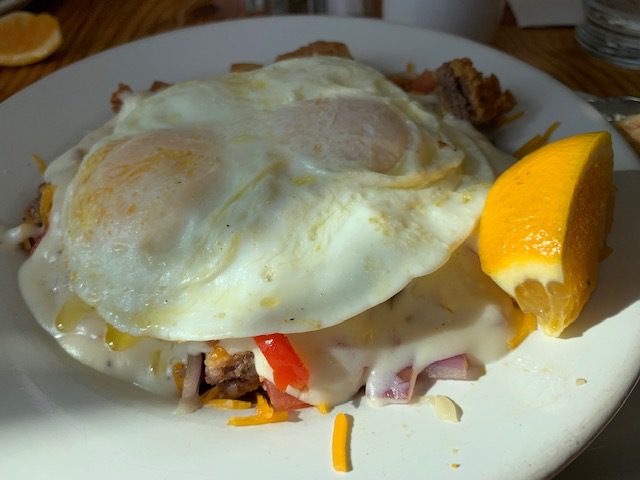 Afterwards, we followed the scenic lookout route out to the Fossil Beds and as a bonus, to views of the historic Oregon Trail route. The scenic overlook was a bit funny – it had a sidewalk to nowhere and a canopy with nothing under it. It was also so windy the dog would do nothing but lay down in order to attempt to be more aerodynamic so she wouldn’t blow away. 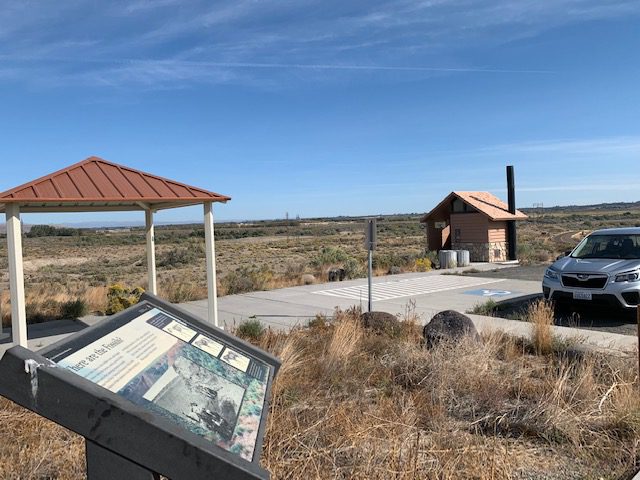 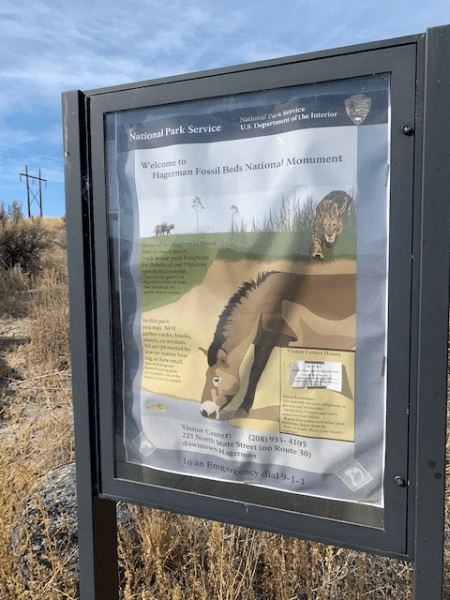 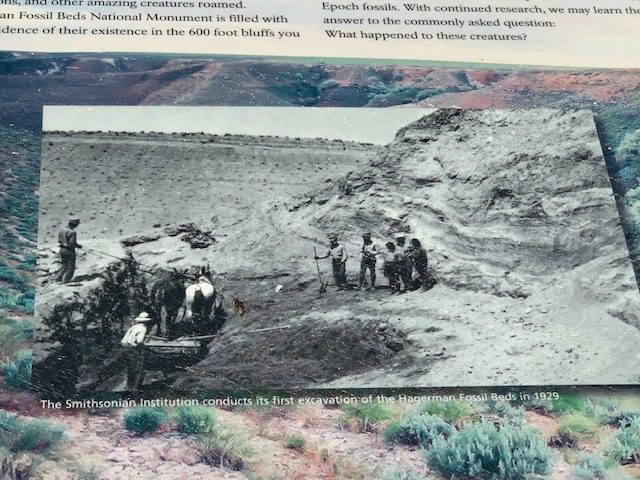 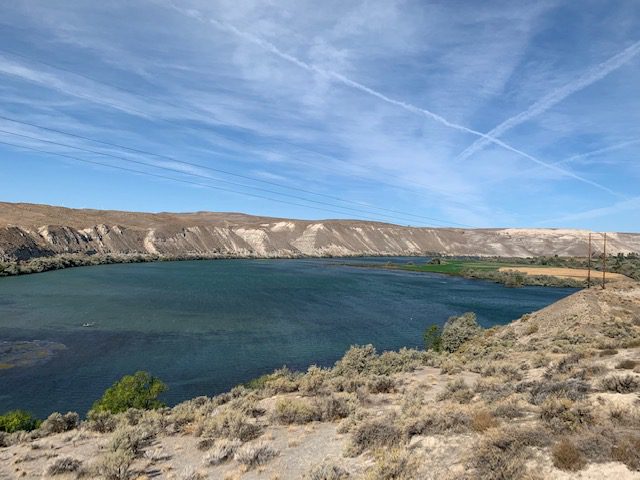 Across the highway from this overlook was the Oregon Trail overlook. 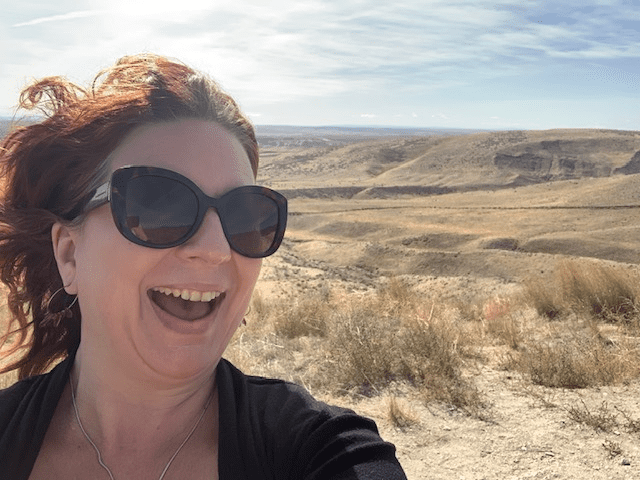 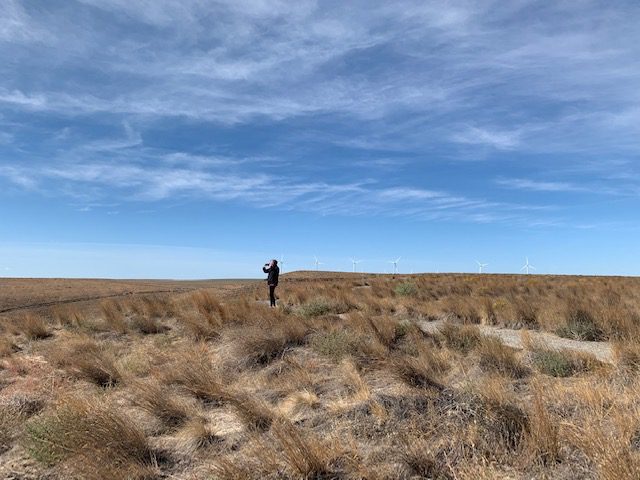 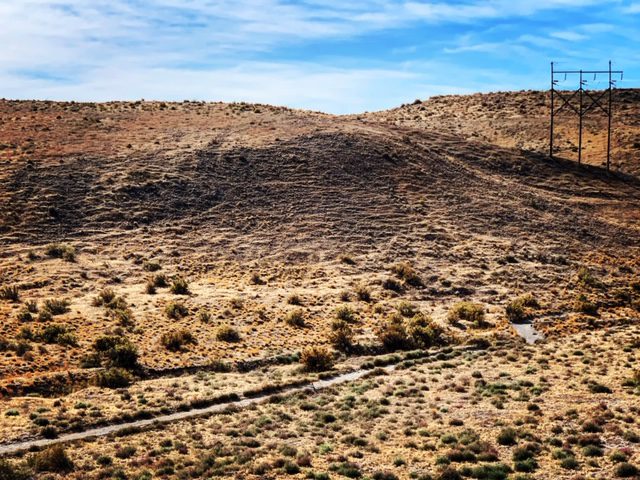 Seeing the Oregon Trail, which from the naked eye now looks like a simple jogging or bike trail, was a bit of a religious experience – if for only the amount of hours I personally spent playing the game Oregon Trail on my Apple 2e as a kid. The Oregon Trail aside, there really wasn’t much in the area, so we moved on to the eye candy of the day – Shoshone Falls. 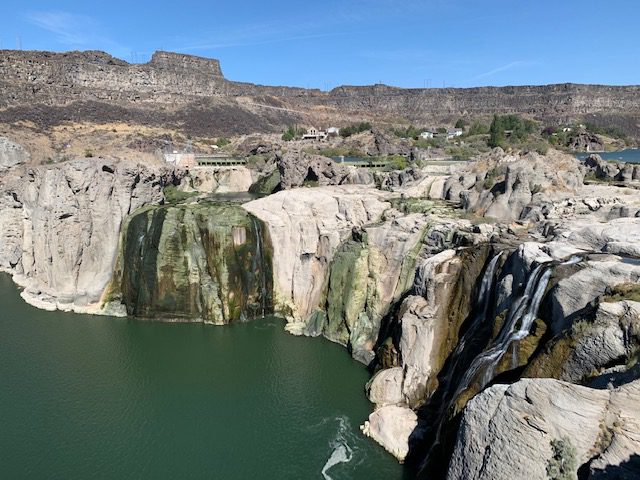 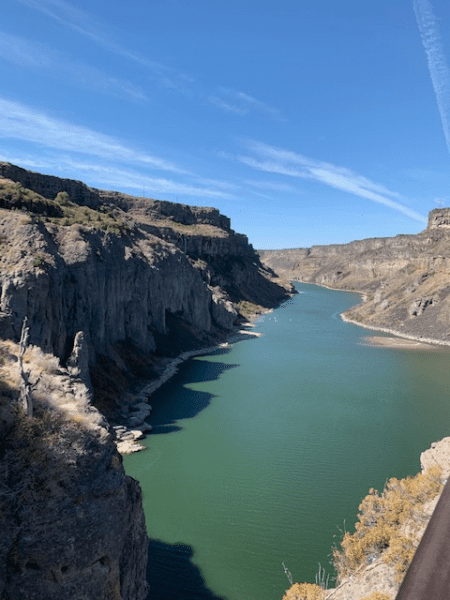 Or so we thought. It turns out that the water levels are “dry” at this time of year. Which means the falls are not really functioning at high (or any speed).  But luckily, they were still pretty rock formations and gave us a purpose on this day of pilgrimage through the nothing. 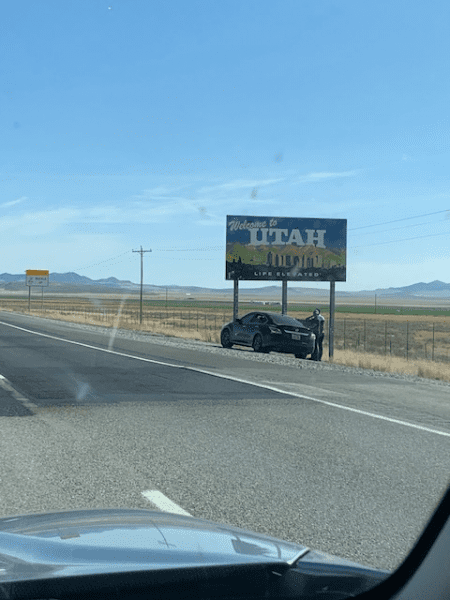 After the falls, we continued our desolate drive with uninteresting signage until arrived in the Salt Lake City area. We settled into our hotel, located on the outskirts of the city, with a lot of road construction between us and the city center, and decided to have our dinner delivered and explore Salt Lake City in the morning.