So I have been planning a bit of a serious multi-stop, hard-to-get-to location vacation for some time. One – because I need to take a real vacation and be unavailable to myself and others for a minute so I stop and maybe read a book or walk through the woods.  Two – because I need to stop and spend some time in nature. Three – see my family, who just happen to live in a beautiful remote location filled with waterfalls, beaches and hiking trails. 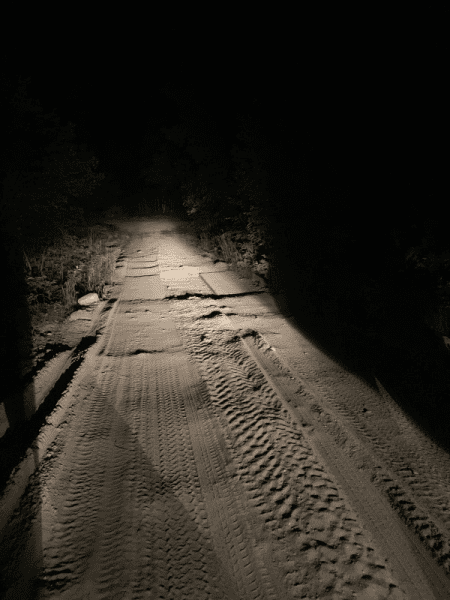 So here I am, traveling across the country the day before the 4th of July to the Upper Peninsula of Michigan. I am flying into Marquette, Michigan but my family lives about 90 miles/2 hours from the airport, so the flying part of the way is just the first part of the adventure. 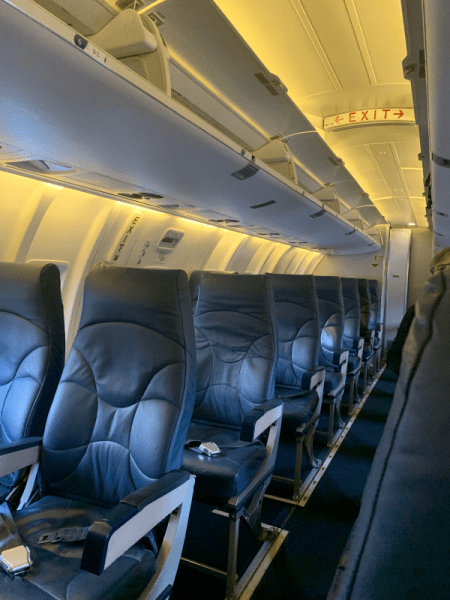 I had one-way ticket to Marquette, Michigan and could only imagine , based on the flight options, that it is a very small airport and that it would be easy to find my brother-in-law when he comes to pick me up.

I also knew its the only one flight per day, so missing my connection in Minneapolis was not an option if I was to get their before the 4th of July (a high holiday in the UP, primarily because it is the one time of year you can get in an out of the place).

Upon arrival in Marquette, I agreed with my own theory – it was a small airport – it had only one of everything.  One gate, one security scanner, one baggage conveyor belt, one door, four rental car agencies – all of which were open on this eve of July 4th.

Upon disembarking from the small airplane through the one gate, I walked the fifty feet to the single baggage claim area, after taking a picture of the one security scanner.

My Delta app pinged me to tell me that my baggage was arriving at carousel one, and I smiled as I stood with the "crowd" (about 10 people) to wait for the bags to come out. 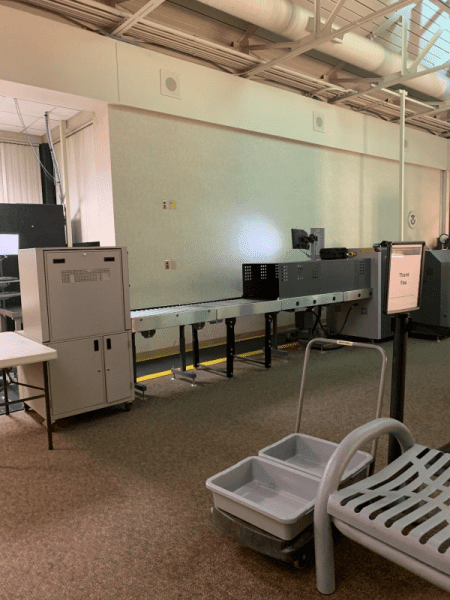 I collected my bags and stood there for a second, wondering if I should step out into the night and be eaten alive by mosquitoes or if I should wait until my "Where you at?" text was responded to.  I decided to just slowly pull my obviously out-of-place pink and owl print city suitcases slowly to the door before stepping out into the night to look for the pick-up truck picking me up. 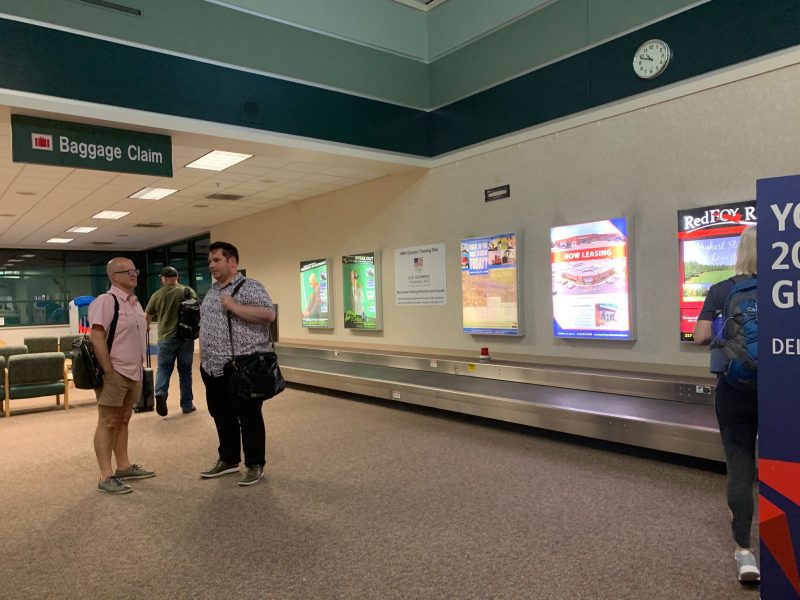 Just as I stepped out of the door a white Land Rover SUV pulled up with my brother-in-law Nathan, behind the wheel.  A confusing sight as the SUV/car-like thing was not what I was expecting to see.  But apparently my sister's new car was being road tested.  I piled my suitcases into the back, awkwardly hugged, and then got into the car for our late night driving adventure across the wilderness highway. 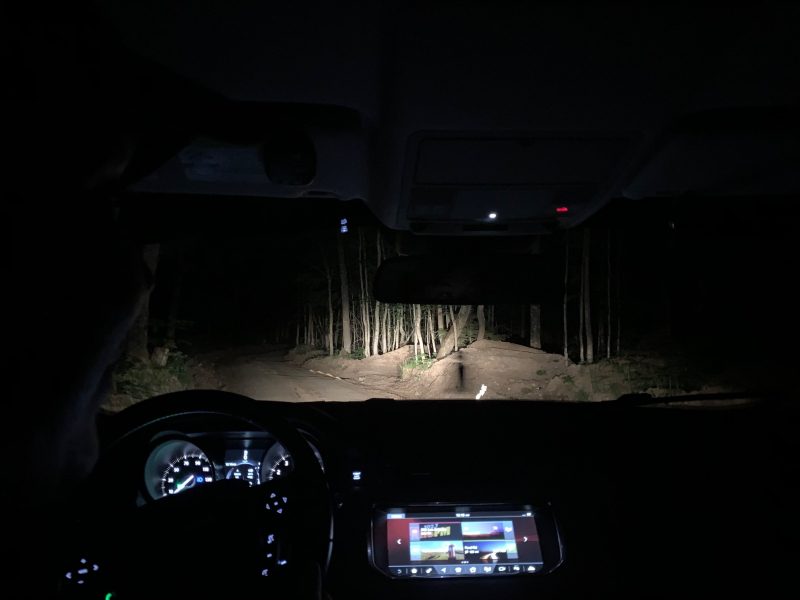 Except we were only on the highway for a little while, then the road turned to dirt. I observed the road for some time wondering why we were on a dirt road when there is a major highway, albeit two-lanes, from Marquette to L'Anse, Michigan. I decided it was a short cut and this would probably be a short detour – except we never left the dirt, and then there were signs of roads being washed out and the large logging truck that caused us to pull over into the bushes. At this stage I couldn't hold it in anymore and asked "Is this a logging road or something?" My companions in the car started laughing and responded with "That only took ten miles. That's pretty good!" Not answering my question. 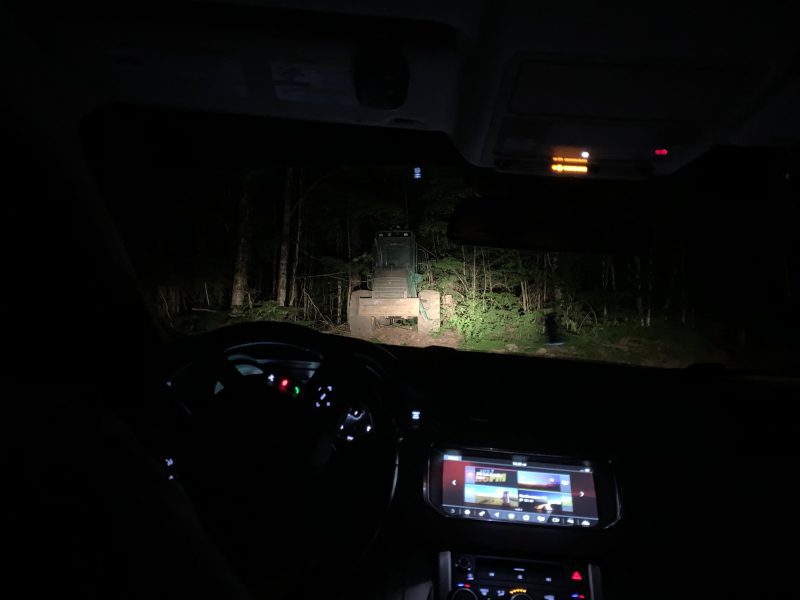 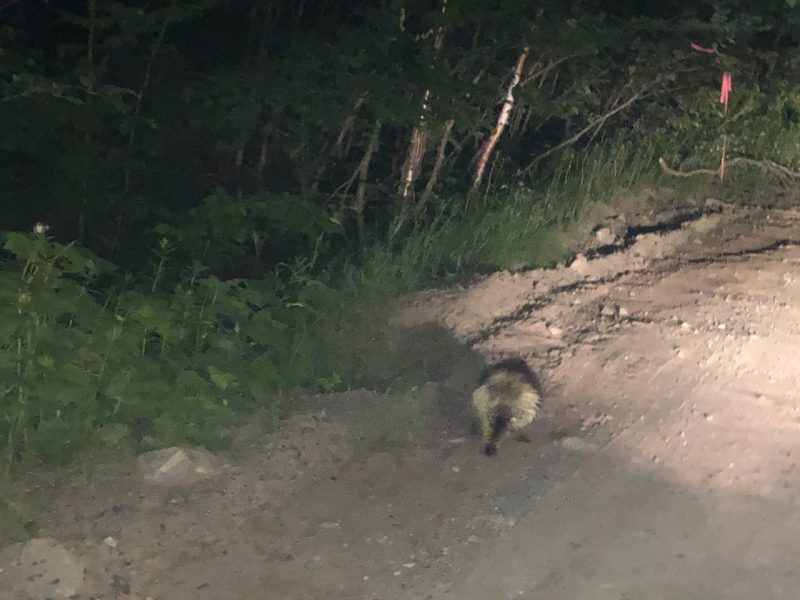 After the explanation of the experiment "How long will it take Angel to ask about this dirt road?" The nature of the road and the short cut was explained.  The road is a "minimum maintenance road" that saves 30 miles, and is, if in the right vehicle and you know where you are going, safer than the main road because the pace you are going saves you from both deer and falling asleep on the highway. The route was already pre-tested a day before to ensure there weren't any washouts and the car that came to pick me up had taken this route on the way to the airport. The only thing strange about the trip was the Land Rover, which surprisingly, handled the road quite well.  The biggest uproar was encountering a porcupine along the road and we had to wait for him to decide where he was going. 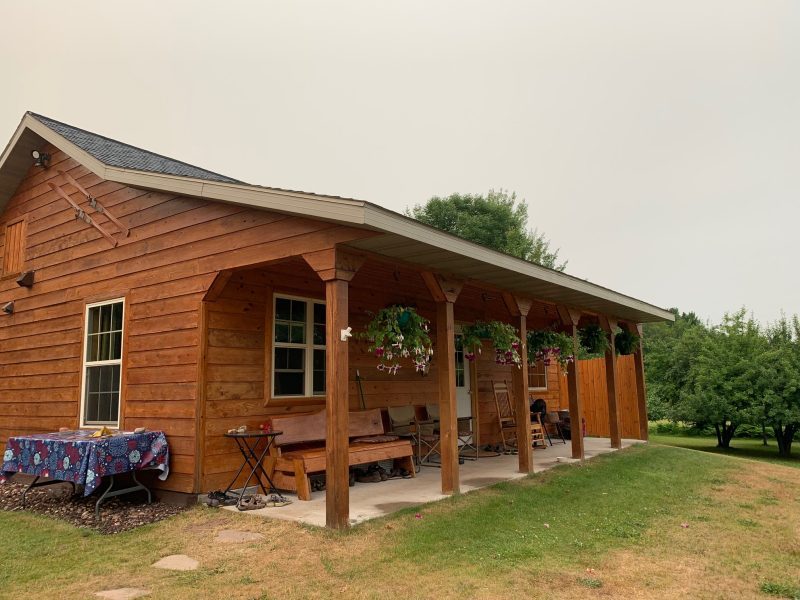 From airport to family homestead it took us a total of 2 hours.  Not bad for driving most of the way on a dirt road. My total travel time, subtracting the time zone change equated to 11 hours door to door to get from Seattle to my parent's house in the Upper Peninsula. 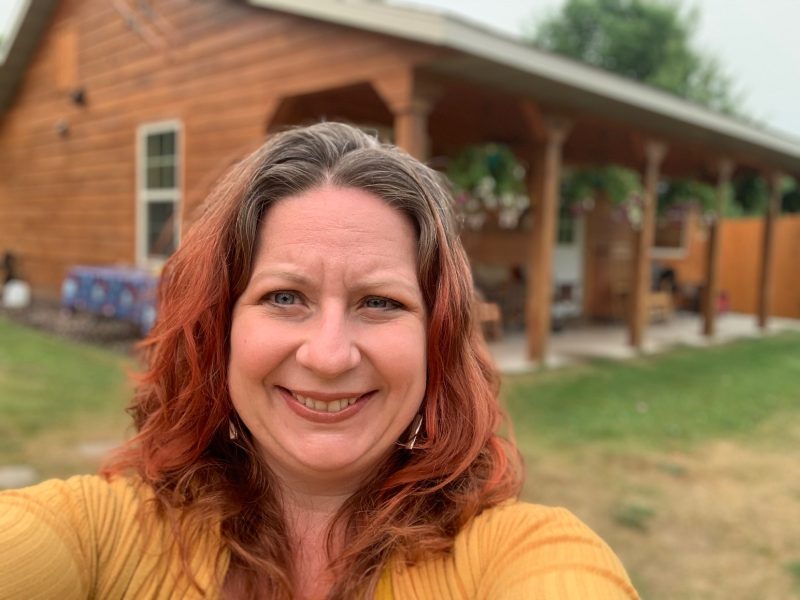