On my first morning in Michigan, after a late night sitting around the kitchen island drinking "America" themed budweisers with my brother, I woke up with my eyelids stuck together – my lashes holding on to each other in some type of sludgy crusty vice grip. It was a little disconcerting. I sat up in a panic hitting my head on the bottom of the top bunk my niece had formerly been sleeping on. As I pried the allergy film from my eyelashes in an attempt to see what time it was, I heard a chorus of "she's up! too bad we're out of coffee, ha ha ha…" coming from the other side of the room. Good morning Upper Peninsula. 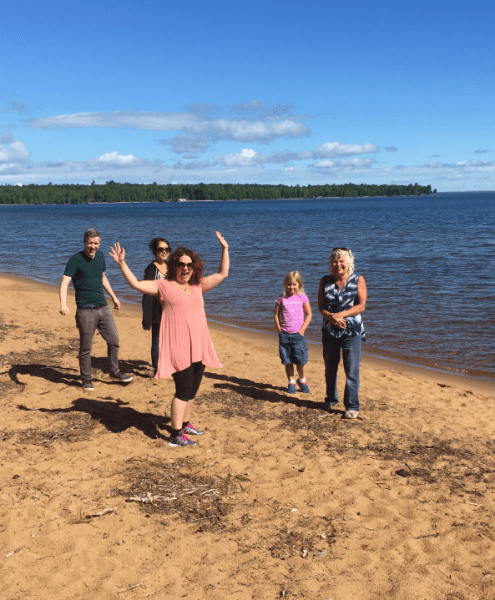 For our first full family day in the Upper Peninsula with my brother and niece, my mother put on her camp counselor hat and arranged a fun family outing including beaches, waterfalls, local culinary delights and the "party" store for vital 4th of July party provisions. (Fun Fact: Yoopers call liquor stores "party stores" as they also sell chips, dips and all the things you need to make a party along with the booze.)  The six of us piled into the Ford F-150 extended cab all nice and cozy and headed out to see what this north country had to offer for natural resources. Our first stop was a sandy beach just down the road from L'Anse township proper. It was quite pretty and missing the fabled evil flesh eating biting flies – bonus. Here we all are standing awkwardly on said beach together. 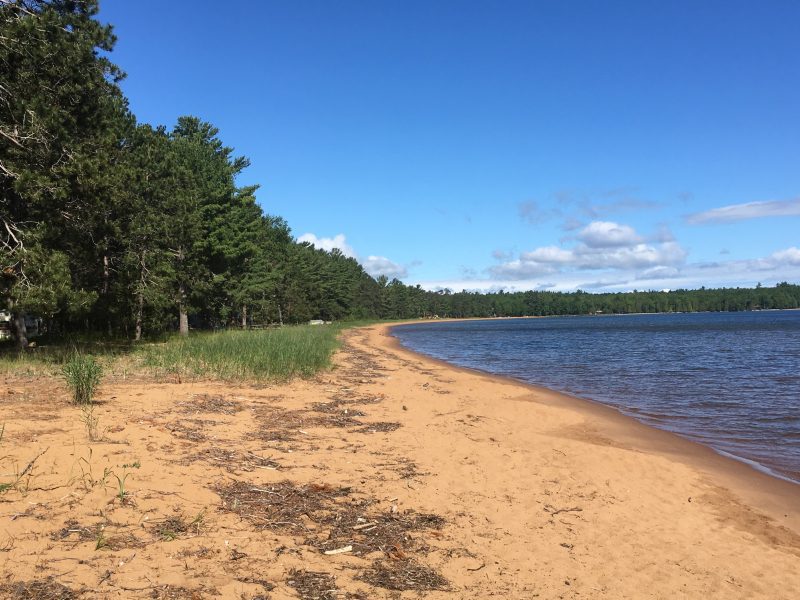 It was a beautiful day, you could see the Huron Islands and mountain range in the distance – we didn't dally however, as we had places to go and waterfalls to see. 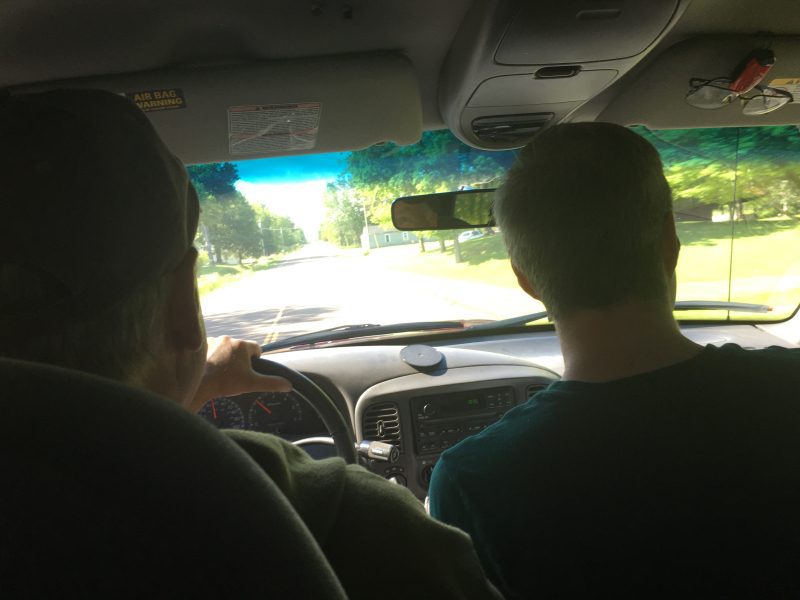 Six people, even if one is 8, is quite tight in an extended cab pick-up truck, but we managed – enjoying our close time together telling stories, laughing, my parents pointing out local attractions/points of interest, and Kira, my niece, eating a steady stream of rainbow goldfish from the giant carton she brought along. We cruised through L'Anse noting the driving patterns of locals, specifically appreciating those who like to back out of driveways into the road suddenly, and at high speeds. We eventually arrived at Canyon Falls recreational area for our easy hike on a manicured path to see the waterfall. 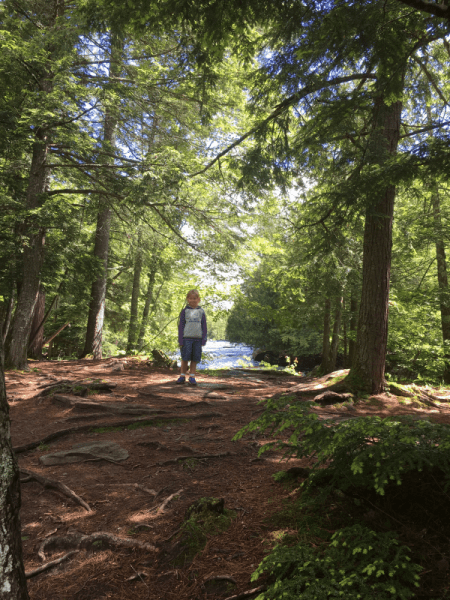 There are 5 books that just focus on Michigan's waterfalls.  Each book focuses on a specific section of the state – four of which are in the Upper Peninsula, one for the mitten aka lower Michigan. I found the waterfall book for the L'Anse area my parent's cabin is located in inside the book rack next to the couch. My mother's eyes lit up at the sight of it as she noted the prevalence of waterfalls in the area. 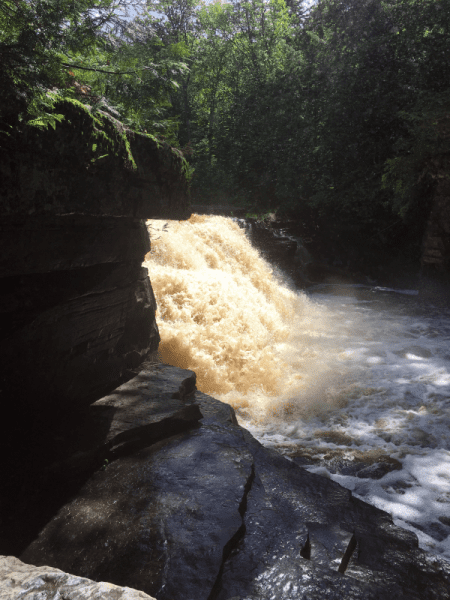 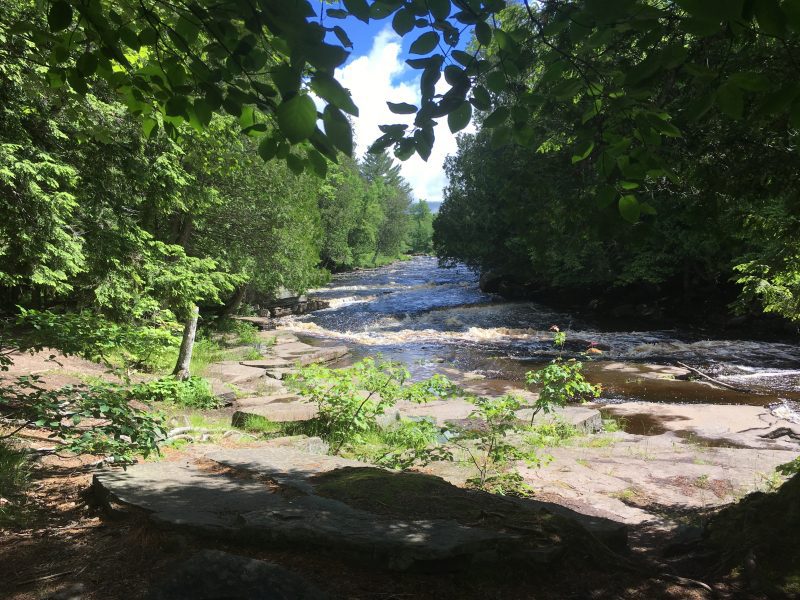 There is definitely something fascinating about running water – it was beautiful out there, albeit a bit muddy after the recent months of rain, and the all day down pour for the last couple of days before my arrival. We were lucky enough to have sun on this fine day of family fun. 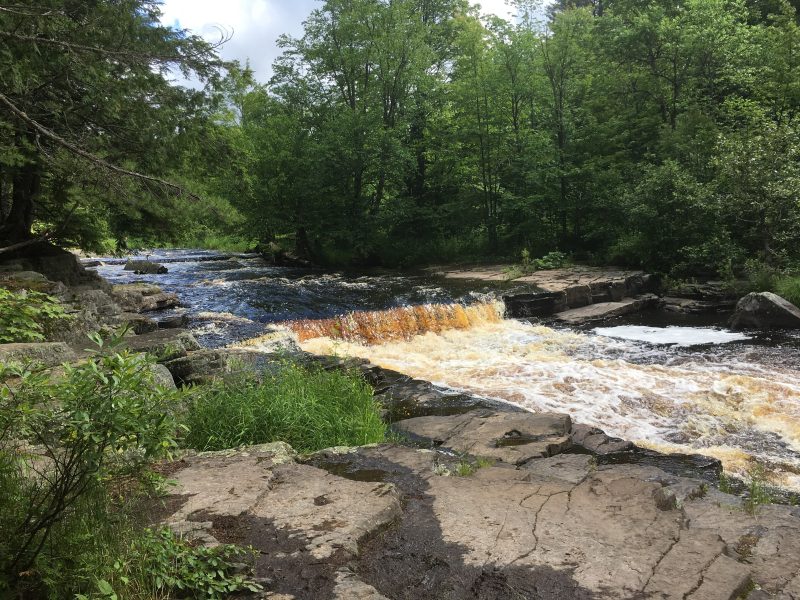 However, some of us did not have the appropriate shoes to go all the way down to the lower falls so we moved on to the next adventure of the day – The Hilltop Restaurant salad bar.  Just kidding – we went to the Hilltop Restaurant specifically to order one of their famous cinnamon sweet rolls. Legendary because they are so large – and they own sweetroll.com and ship all over the country. My mother, in her wisdom, thought they would make a great potential subject of my blog or Instagram feed. She was not wrong. 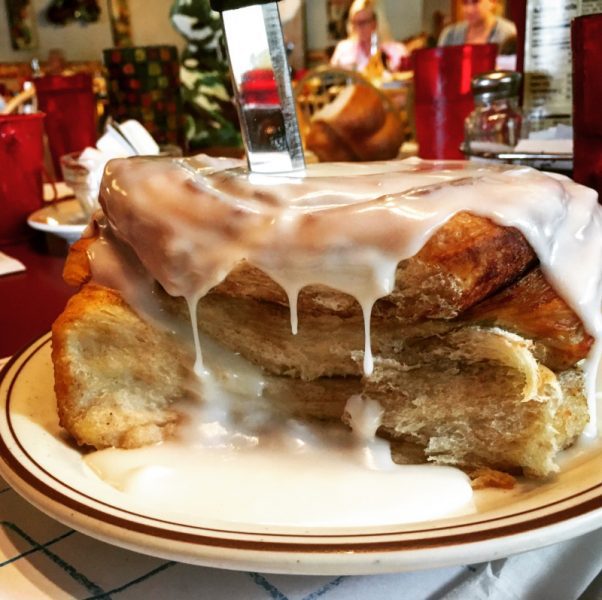 Not only are they photogenic, they are tasty, sans the lake of white frosting that comes with them.  But no worries there, my niece took care of the frosting with the help of her new camouflage moose (who you obviously can't see in this picture because he is camouflaged). 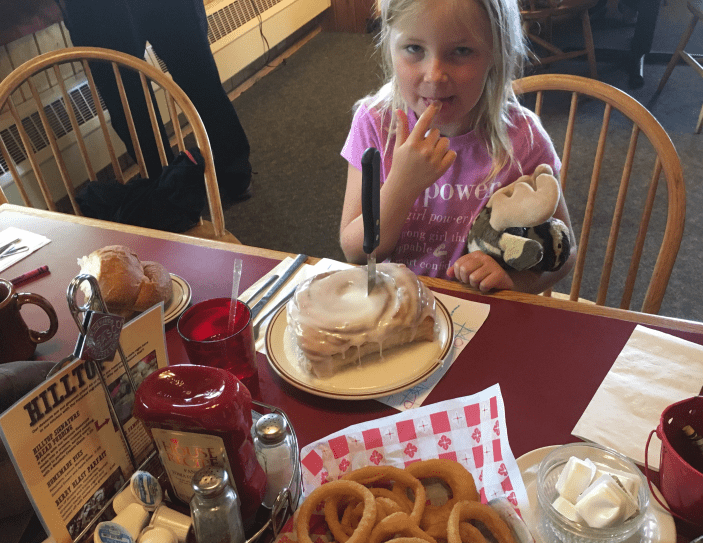 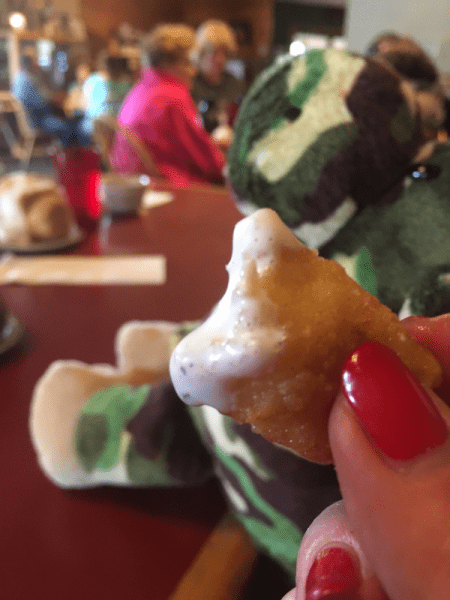 and the salad bar. 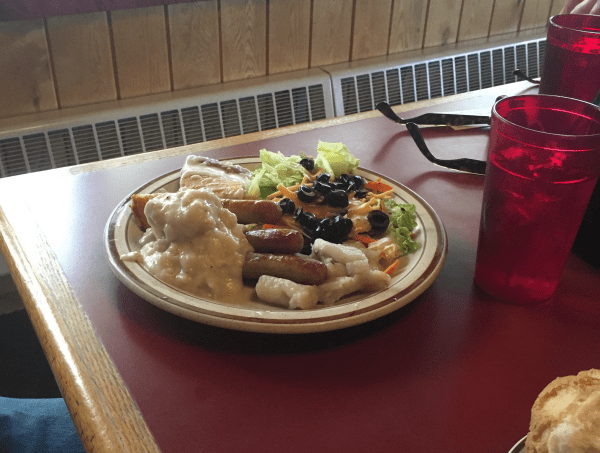 To say the Hilltop Restaurant was busy that day was an understatement. As the only real game in town, it was crowded and moving at the pace of a local establishment that knows it is the only game in town. We eventually made it out – stomachs filled with "salad" and arms filled with two camouflage moose (I had to get one too).

It was time for the Party Store!  But we drove right past because someone needed real food from the grocery store where there was allegedly a larger selection of party for us to choose from. 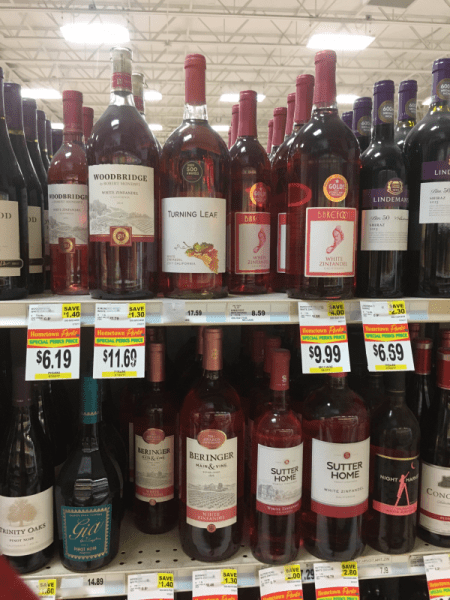 I found the selection of pink wines to be a little lacking in the not white zinfandel (aka actual rose') department – so I decide it was time to do as the locals do and drink beer. But then I found the Zima. 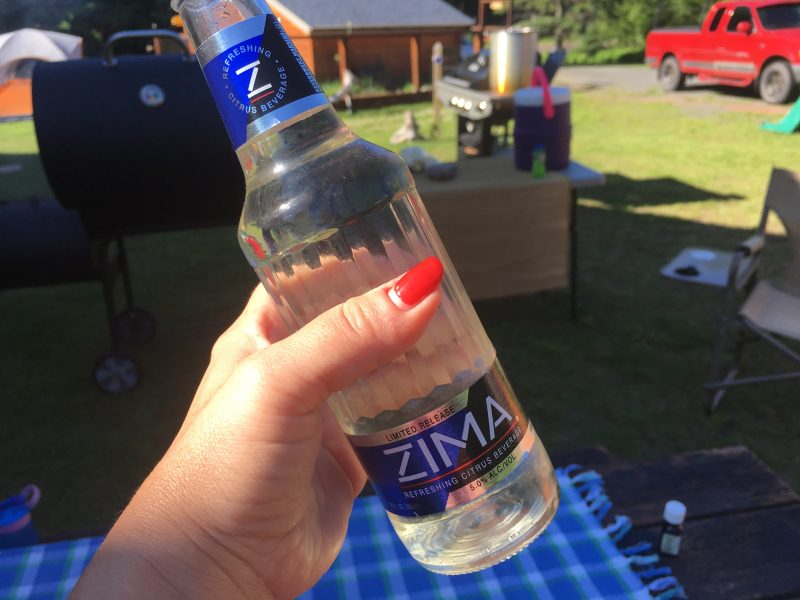 They say its a limited release, so I had to get it – and the shandy, and the Magic Hat, and my brother found the Champagne of Beers and then our entire cart was filled with a variety of party – as if we were preparing for a large gathering of persons. 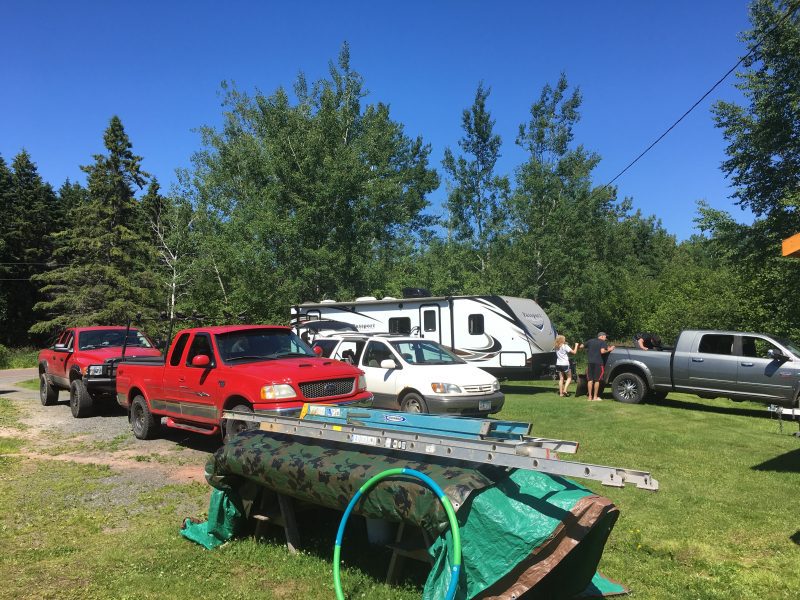 By day 3 we were accused of being a hippie commune – but on day 1 we were just 7 plus 4 – my sister's friends and their children arriving from the Iron Range of Minnesota in the white mini-van. With a group of more than ten on her hands my mother led us all down to the nearby rock beach for some more family fun to delay the start of drinking time.  We passed an hour or so skipping rocks, throwing large rocks into the water like mini grenades, and I built rock towers. 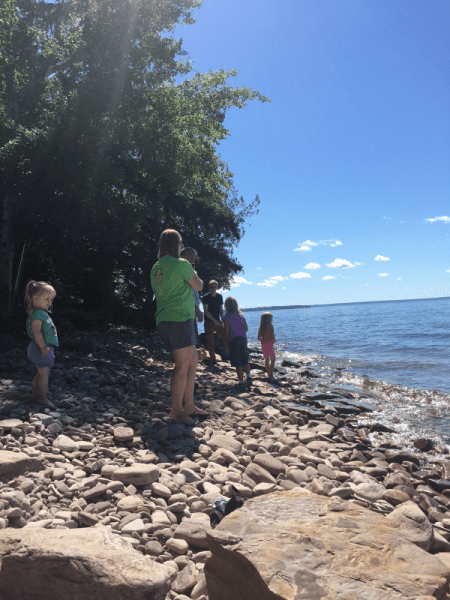 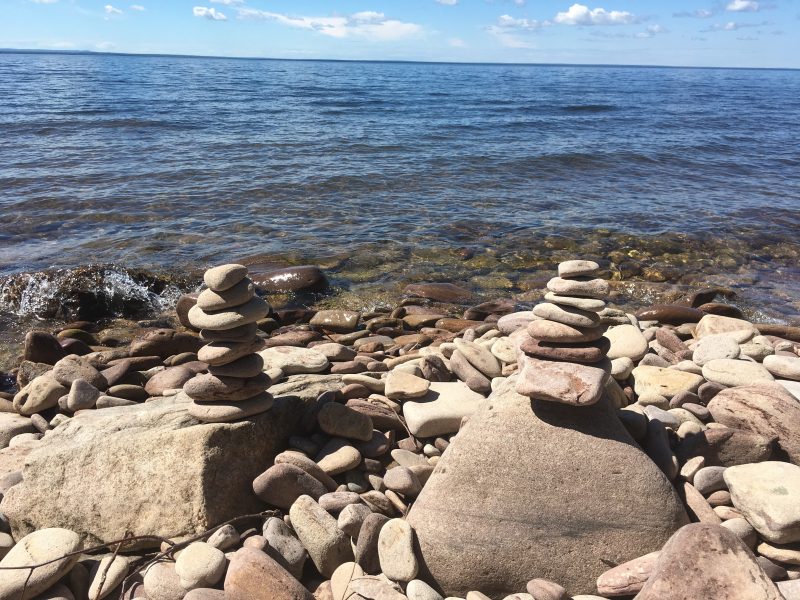 After our fun with rocks it was time to make dinner on the BBQ and for my brother-in-law to drive into Marquette to fetch my sister from the tiny "local" airport. We all waited patiently, drinking beer, Zima and sitting around the fire for her to arrive. 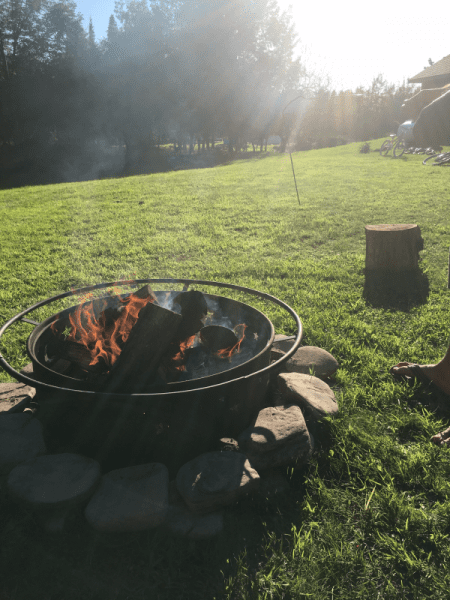 Then, for a brief moment, from the hours of 11 pm to 11 am the next day, my entire family – brothers, sisters, niece, and parents were all together for the first time since 2010. Hopefully, it won't take that long for us all to congregate again.