The Upper Peninsula of Michigan is truly God's Country – the trees go on forever, the winds off Lake Superior change the weather, and the mosquitoes and biting flies are unrepentant. The weather can be fickle and change quickly and rarely is there a perfect day (with a boat, as one is required) to go out to the Huron Islands and take a little hike up to the lighthouse. Lucky me – as on this trip, this day was perfect. 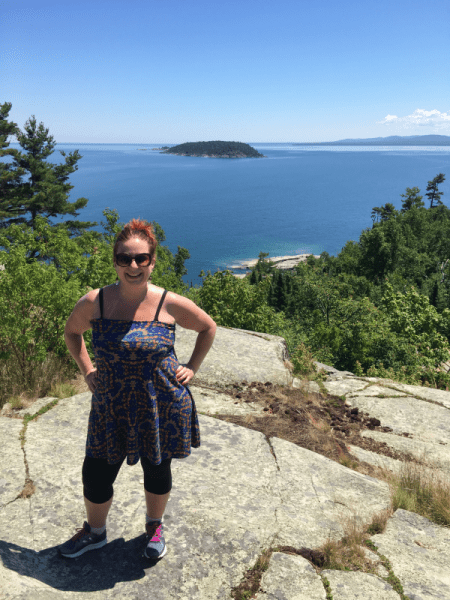 The Huron Island Lighthouse was built in 1868 on West Huron Island in order to protect the lumber and copper mining related ships that were just starting up in the Keweenaw and coming into Huron Bay and Portage Entry. 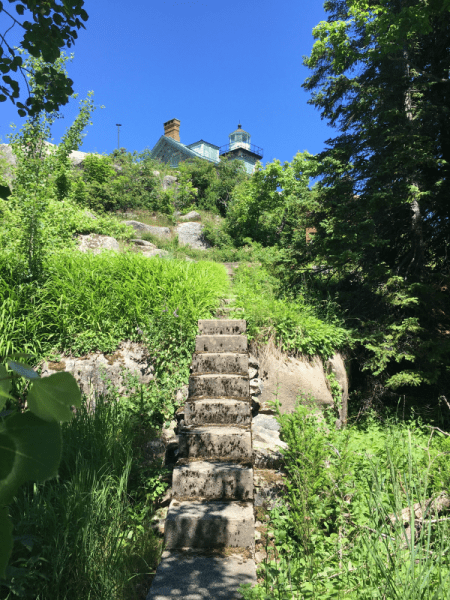 The locks at Sault Ste. Marie were built in 1855 resulting in a huge increase of shipping on Lake Superior. The first shipwreck at West Huron Island happened in 1860. Luckily, that first shipwreck of The Arctic just resulted in its 113 passengers being stranded on West Huron Island overnight instead of mass death – but it was apparently enough to win the lobby for a lighthouse. 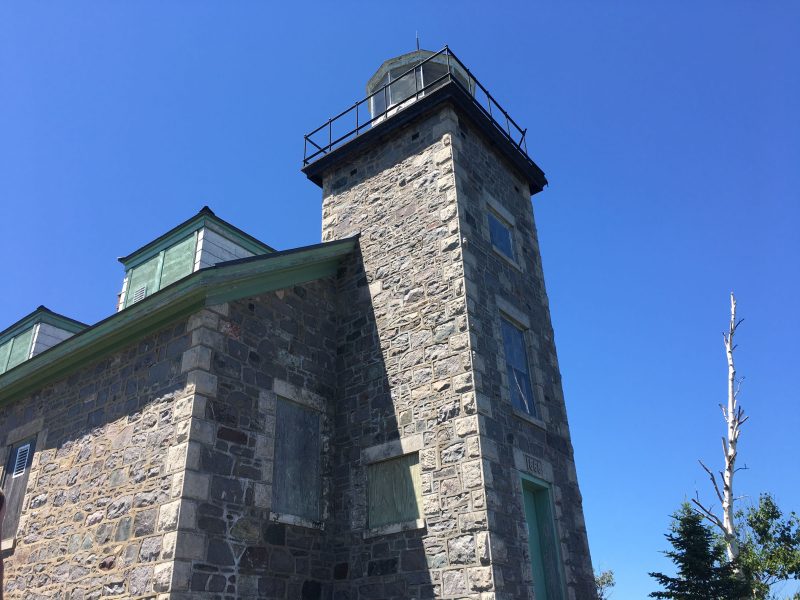 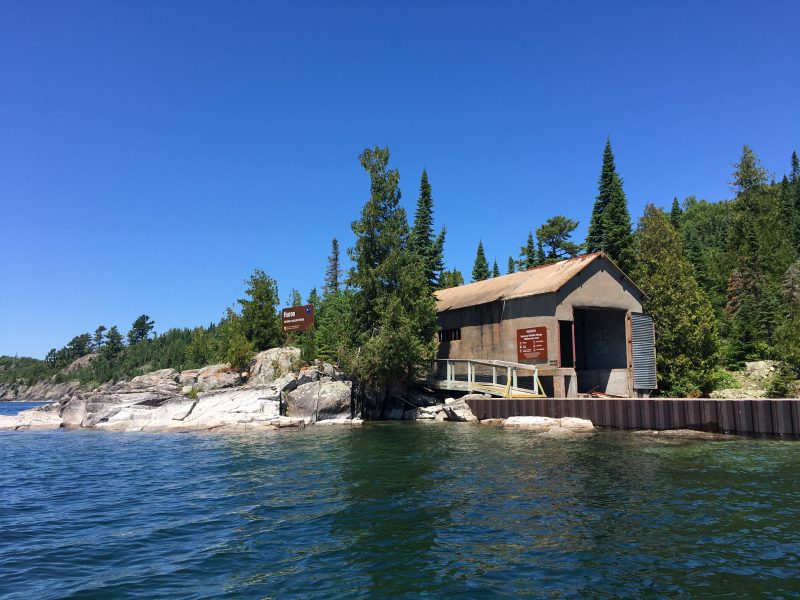 You access the island and lighthouse by boat that must land on the one dock, 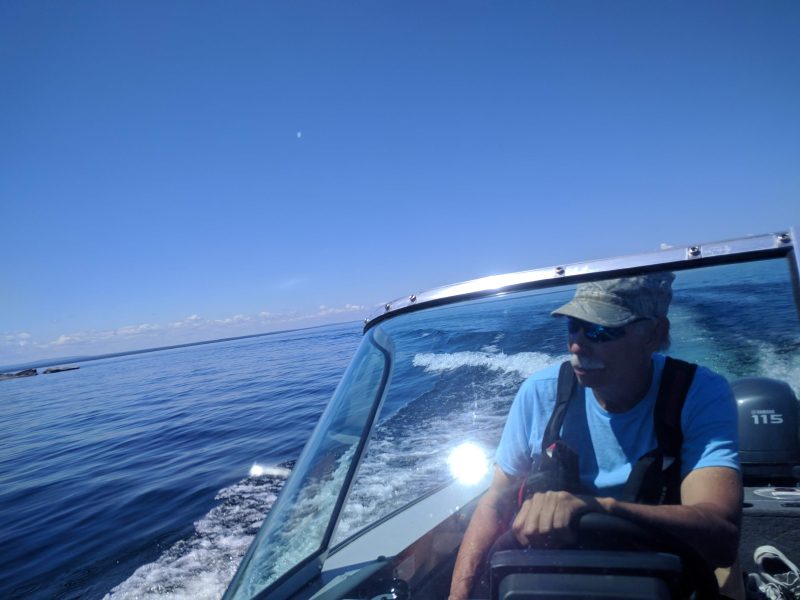 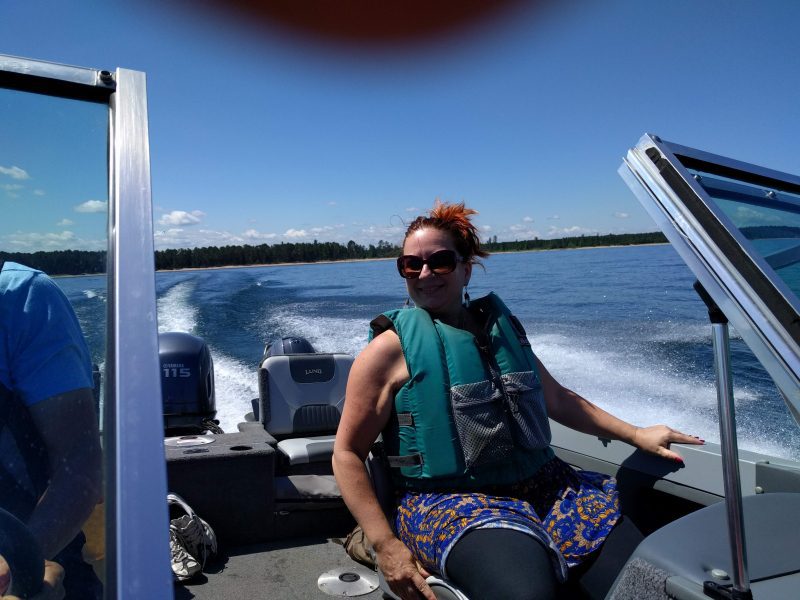 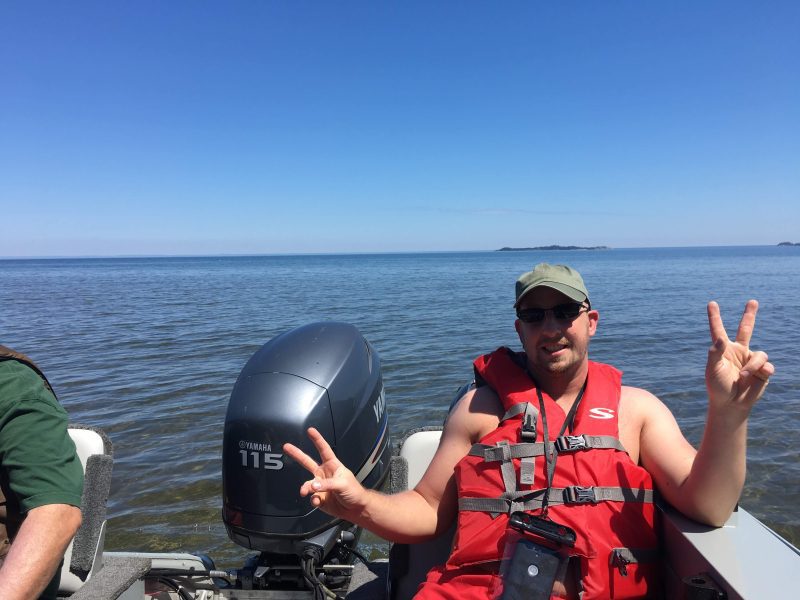 to enter the island via the one and only trail. 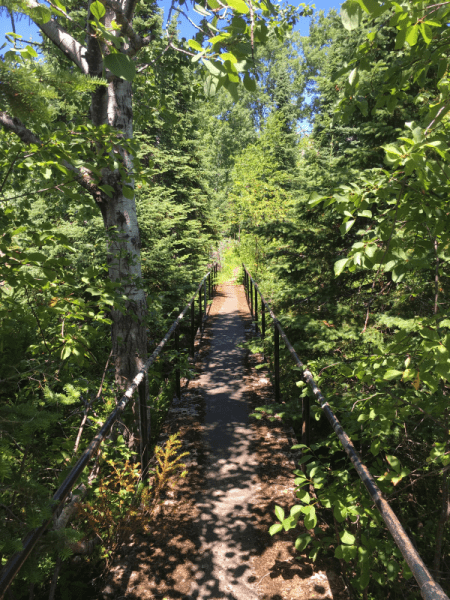 At the top of the 154 feet climb on the rocky narrow path you are rewarded with panoramic views of Lake Superior and the Huron Islands. 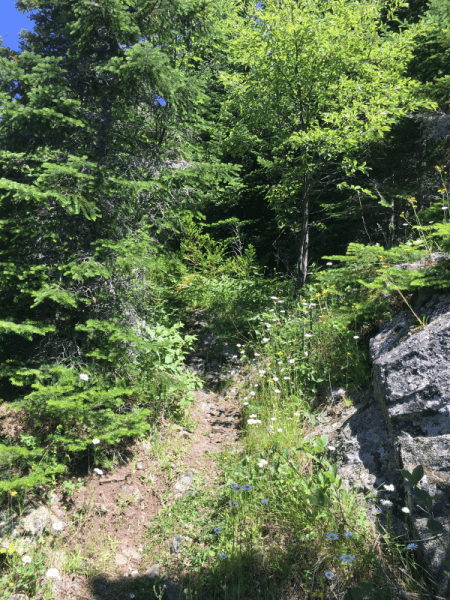 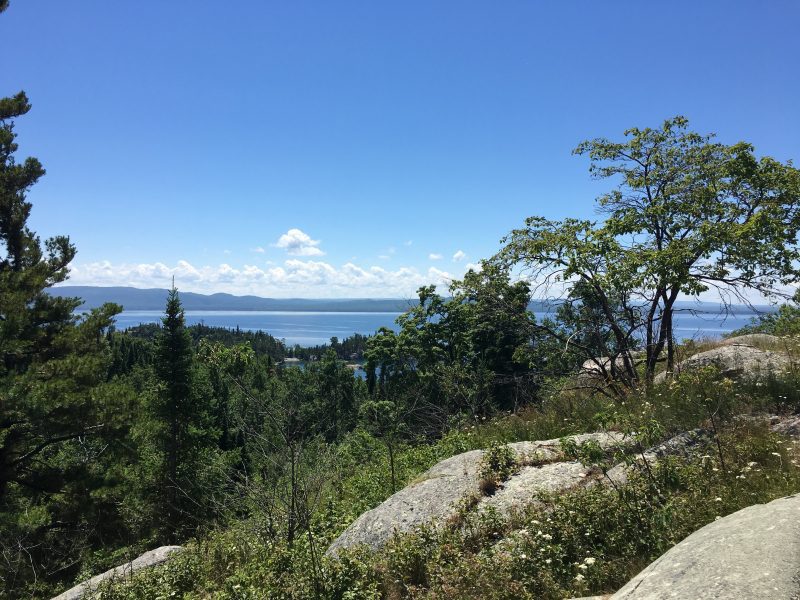 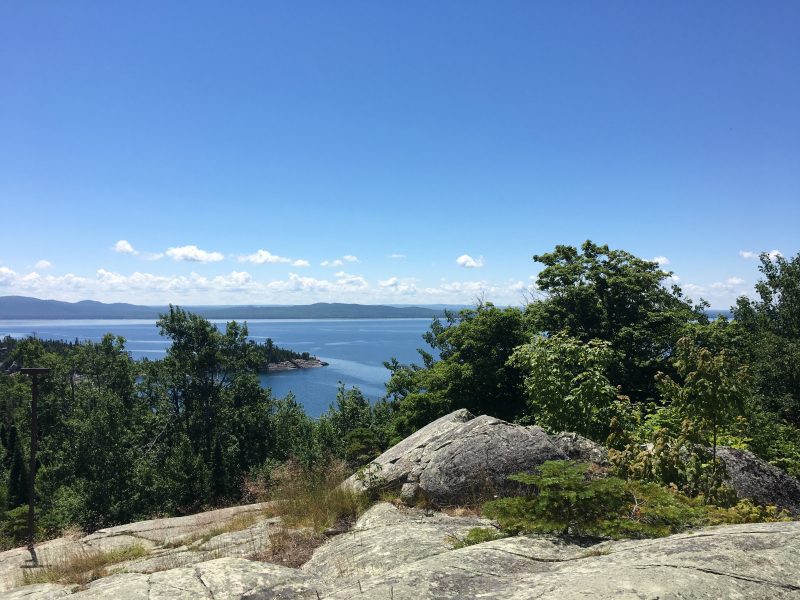 I lead the charge up the hill because I wanted to get pictures of the path unobstructed by people. I also set a little bit of a pace as it was important to keep moving to avoid the biting flies that were attacking our exposed skin at any opportunity. According to my parents, this was a good fly day, as the flies were not swarming. Our deet loaded super strength insect repellent also did not really work.  I didn't experience great bother, just a couple of sharp sudden bites – others on the other hand were not so lucky. 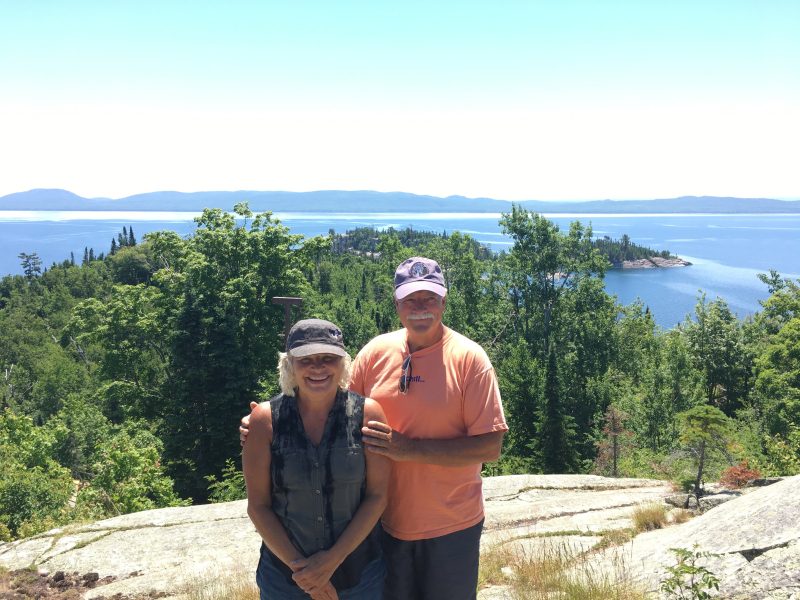 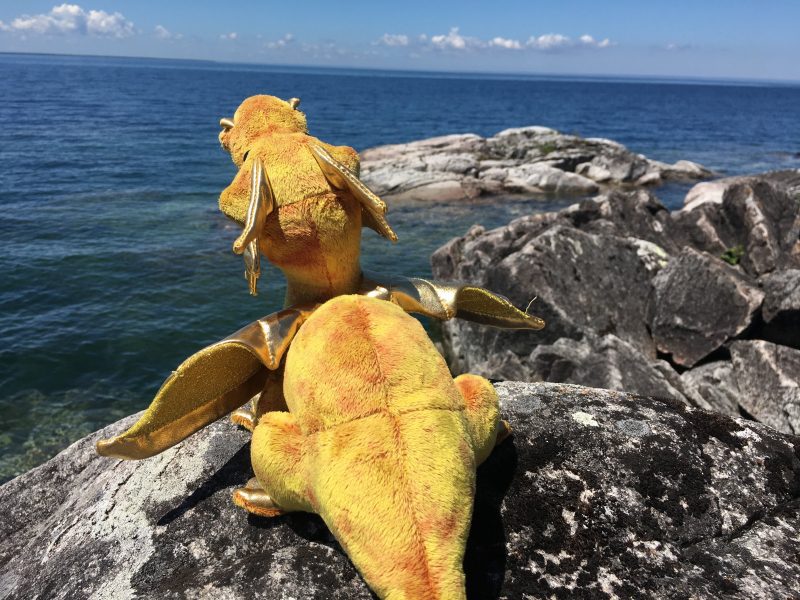 We all posed at the top by the lighthouse for group photos, did a little look around, and took care of important necessary business then we returned to the way we came – accomplished and ready to go back to the mainland. 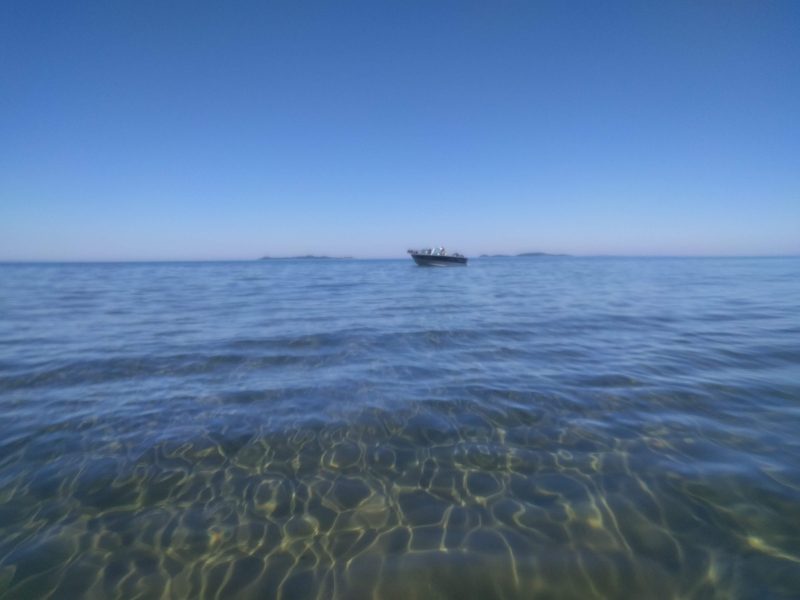 We spent the rest of the afternoon playing on the beach and in the abnormally warm Lake Superior water. 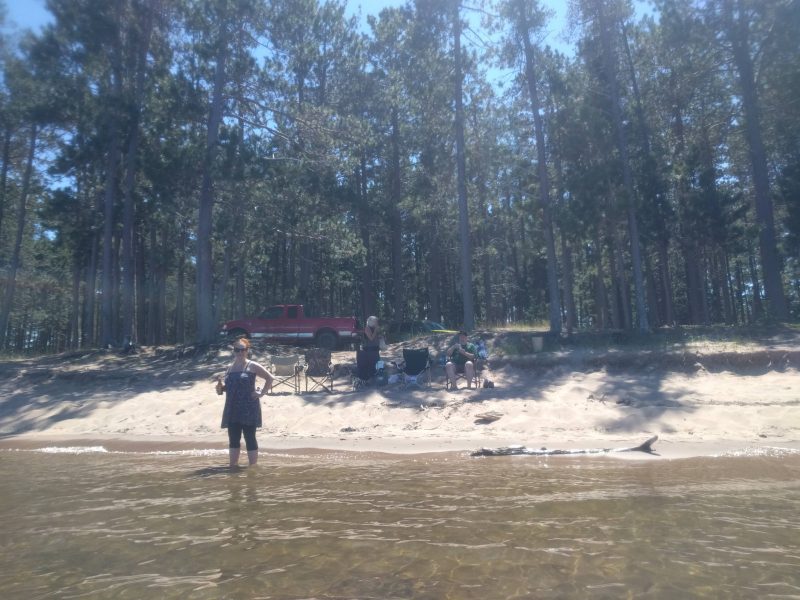 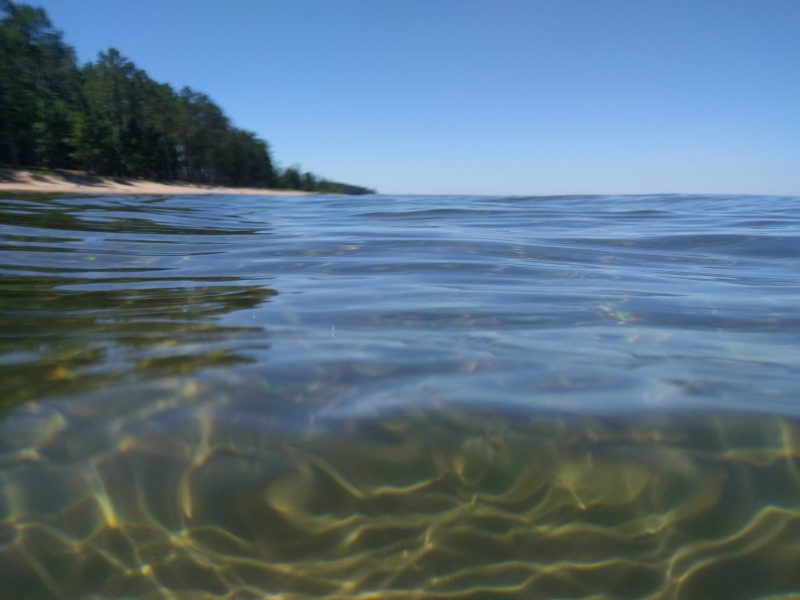 As my parents chilled by the water, Jeremy and Dan waded out into the lake, and I picked agates from the shore line and the shallows. As I pulled the small smooth agates from the lake water and dropped them on a blanket on the shore my mother noted that they could be my rune stones, at which point I decided it would be phenomenal to have a set of Lake Superior agate runes. And thus I began picking rocks in earnest to ensure I had at least 25 staves to work with to make a set of runes from my homeland's lake.  On the anniversary of my finding my first set of runes it seemed a pretty appropriate thing to do (now I'll just have to figure out how to get the elder Futhark carved into them). 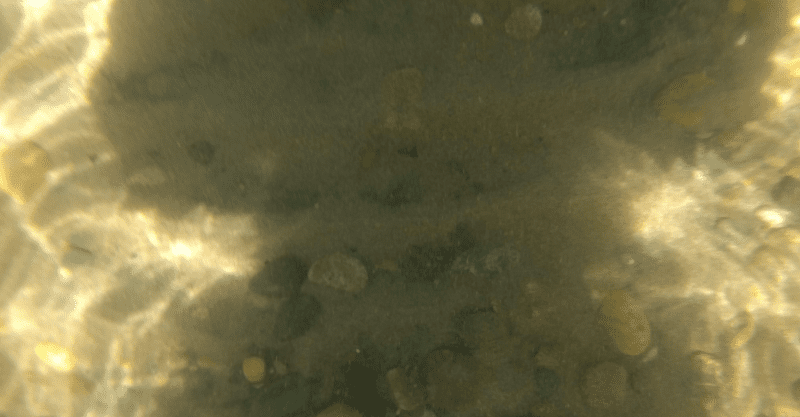 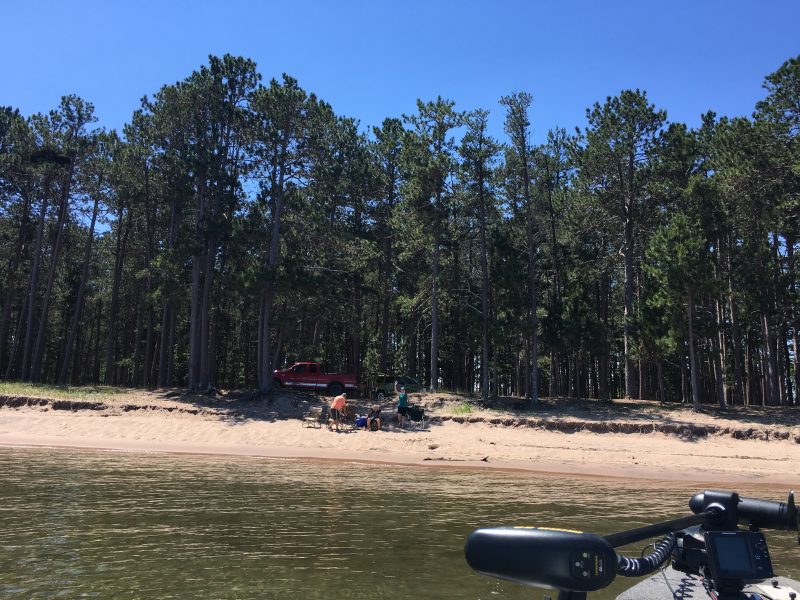 After my rune project and cooking ourselves in the sun for a couple more hours enjoying the lake water lap our feet it was time to pack up and put some aloe vera on our skin. The lighthouse and the weather all cooperated perfectly making another great day in the Upper Peninsula.