For being the middle of nowhere, the Upper Peninsula of Michigan really has a lot going on to see and do. Unfortunately, everything is about 20 miles apart and can only be reached during a couple weeks of the summer months when it is not snowing or flooding. But like usual, when I come to the Upper Peninsula of Michigan I bring the sun and this July Tuesday was a perfect day to explore just a handful of the many things that make the middle of nowhere special. 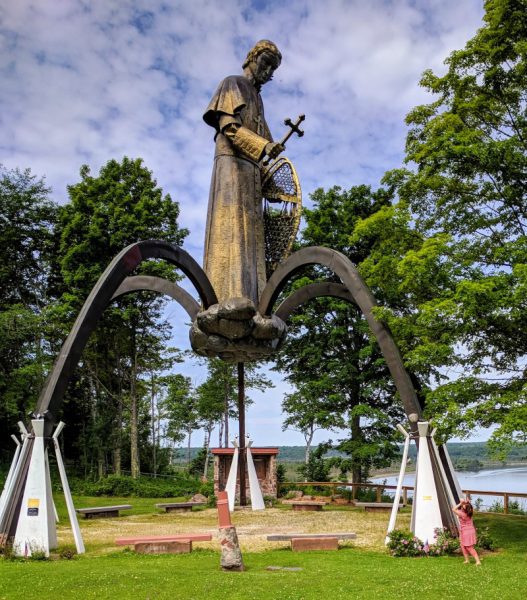 One of these special places is the Baraga Shrine in town called Baraga, in Baraga County. Bishop Baraga is known as the "Snowshoe Priest" because he brought his snowshoes everywhere and walked across the frozen lake to convert and unite the native peoples of the area back in the day. He is the first Bishop of the Northern lands consecrated in 1853, and considered the Apostle of the Great Lakes as he founded five missions along the Southern shore of Lake Superior. He learned how to speak the native languages fluently, and was known to make a 700 mile circuit every year on foot between his missions. He is currently on the list for Saint hood – according to my mother, it is a real possibility. 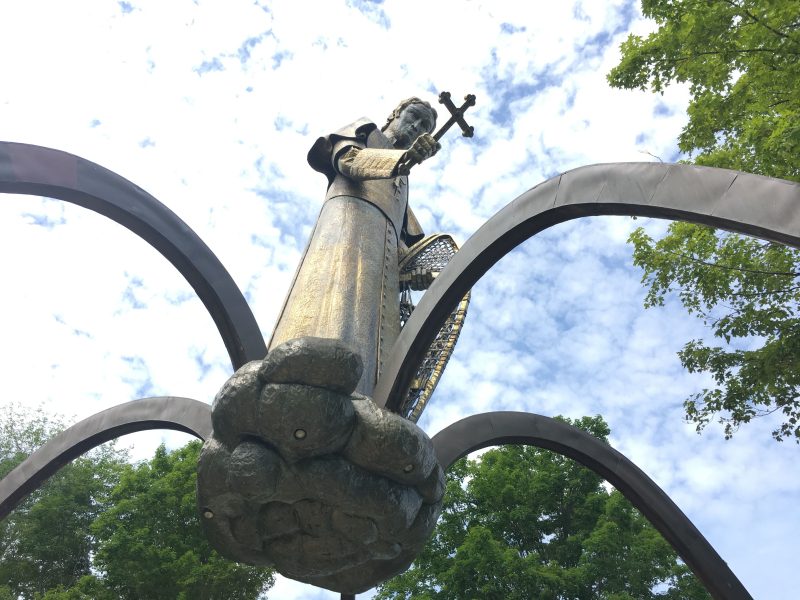 The shrine itself is surprisingly large. In fact it is quite huge, it can be seen from the road, from Lake Superior, and lights up at night. It is made of copper and stands 60 feet above a bluff overlooking Keweenaw Bay. On the site there is a book store, a garden, a stations of the cross hiking trail, and a large parking lot. 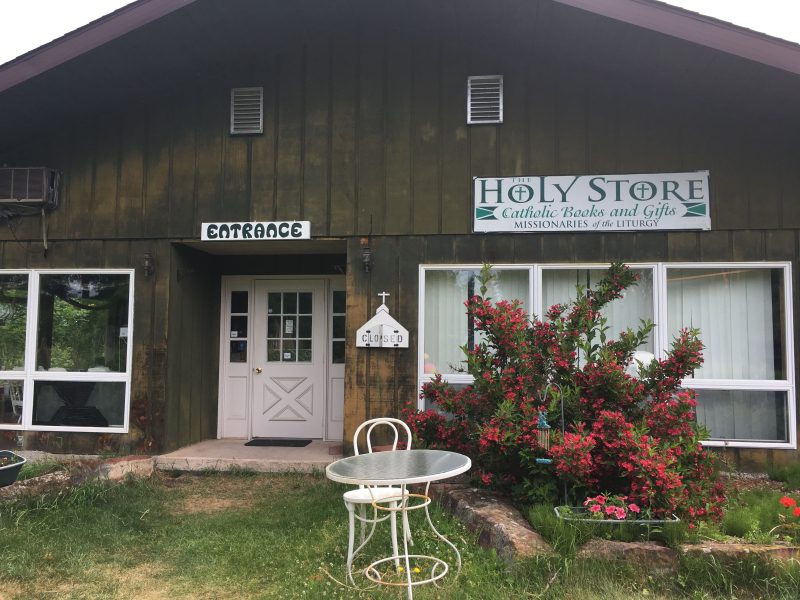 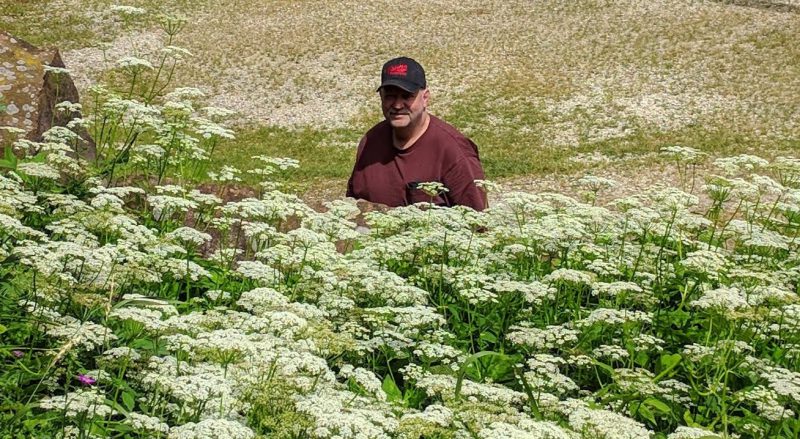 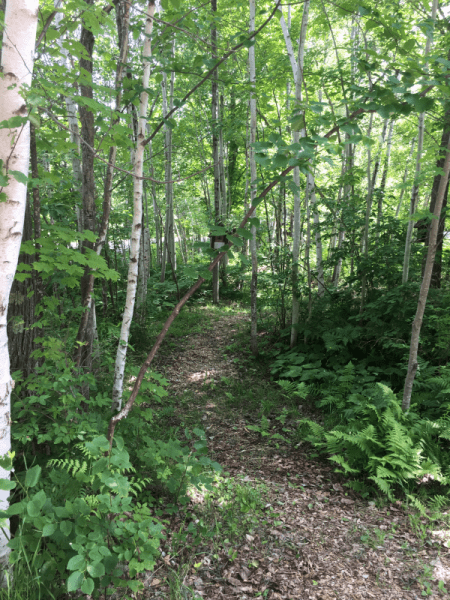 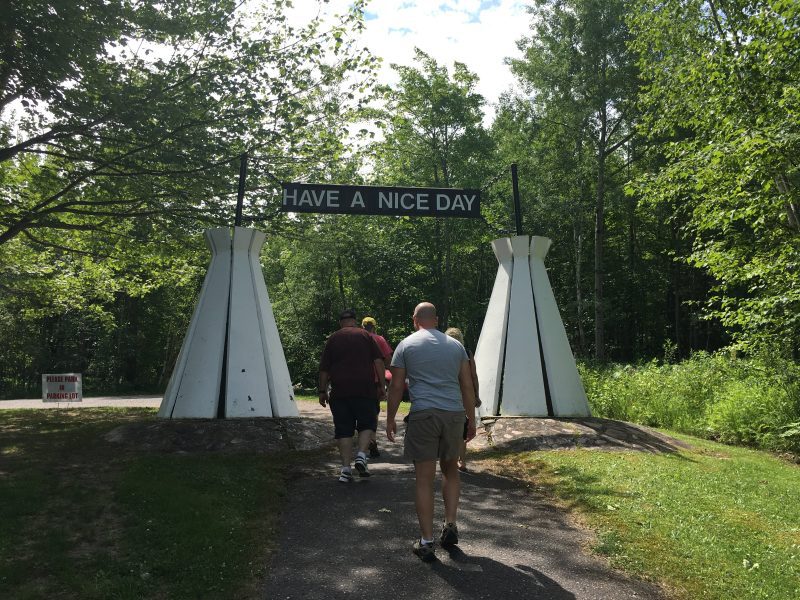 Silly me, I thought "shrine" meant small.  But this was not a day for small as it started with one of the largest cinnamon rolls in the United States at the Hilltop Restaurant. We had to bring Jeremy and Dan there to experience it, even though the rest of us had had the experience before. 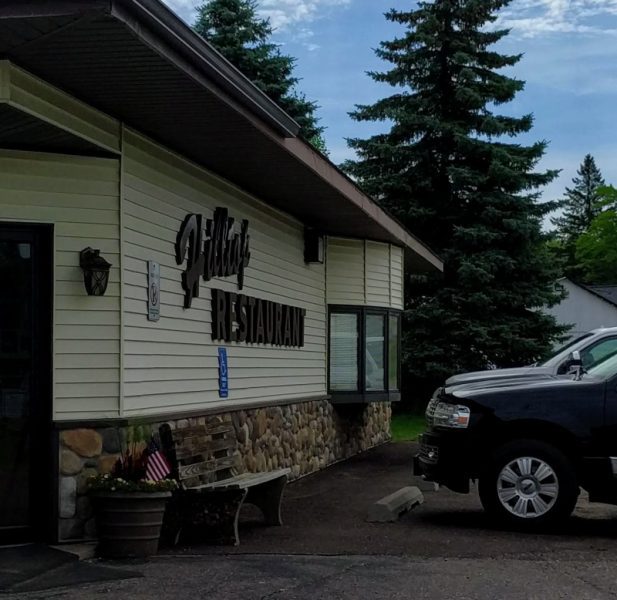 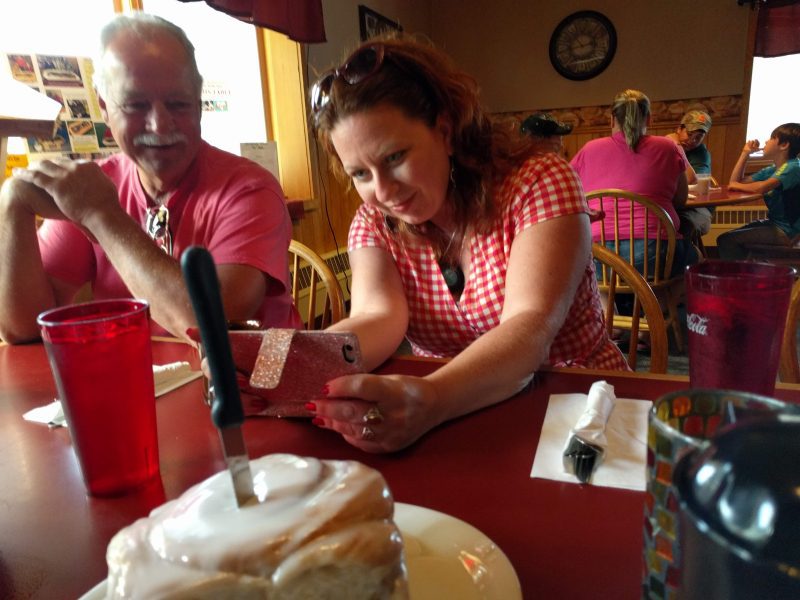 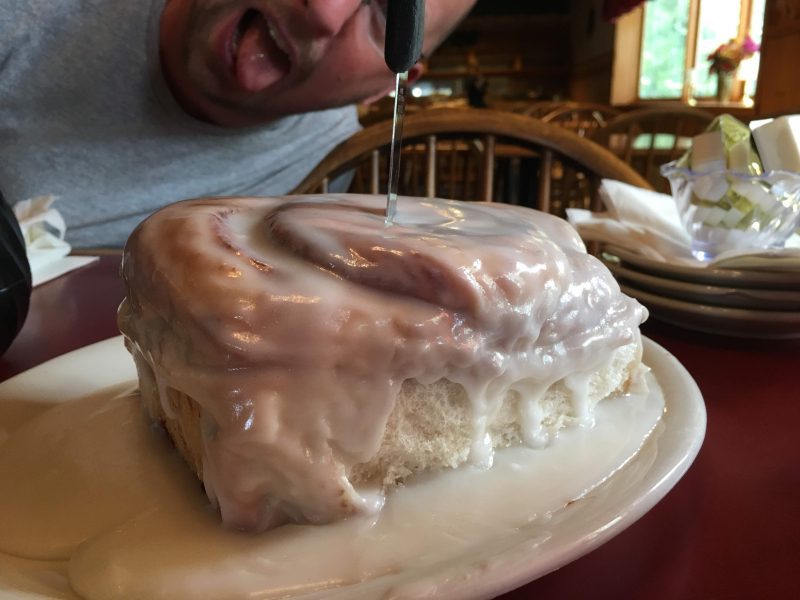 We split the Hilltop restaurant cinnamon roll between 7 people and there was only the tiniest piece leftover. Someone was able to pull together to eat that last piece and take one for the team. From the Hilltop we went to Baraga's shrine and from the shrine we moved on to the Sand Point Lighthouse. 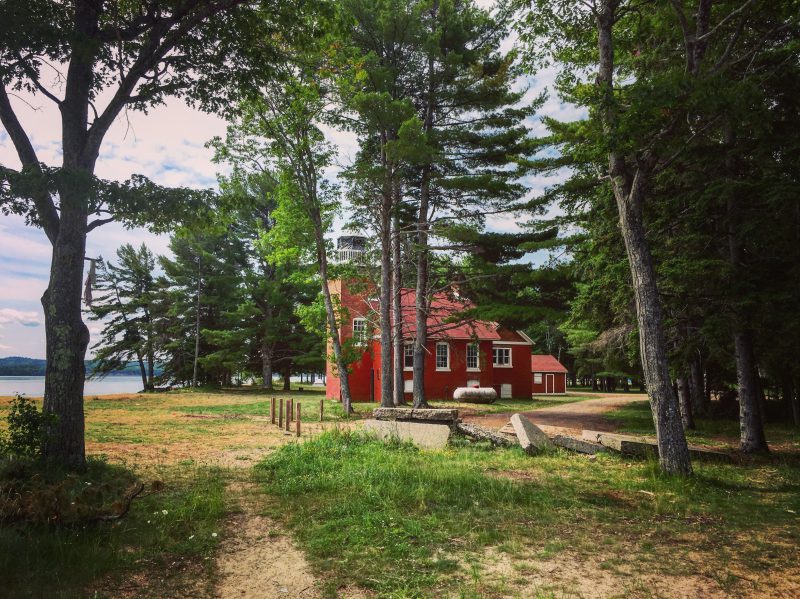 When I walked up to this lighthouse that I saw on a couple postcards from around the way, I was disappointed to find that it was closed to the public and that someone had taken the glass out of it. You can't see in this picture but the entire light is wrapped in black plastic bag, kind of like a bad window replacement on a car.  There was also underwear hanging in a tree nearby. It was very classy so we moved on. However, the mystery of the underwear still hangs in our minds. 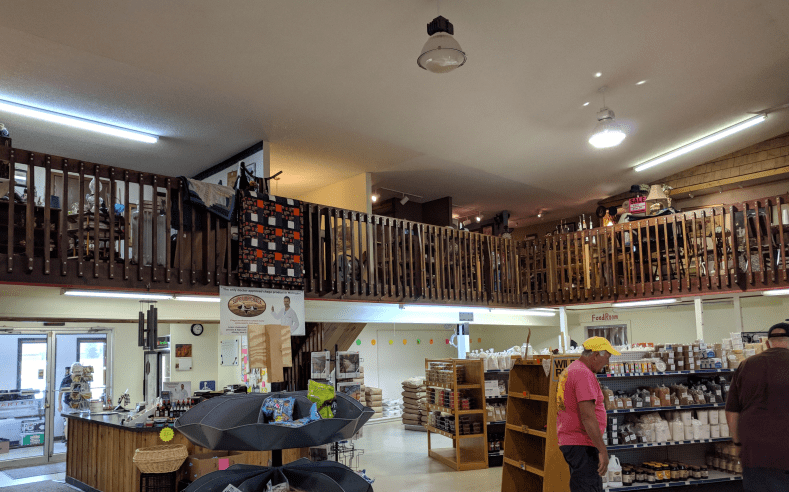 We moved on to a Mennonite store of wonders. Otherwise known as my parents grocery store as you can buy everything in bulk and at the most amazing inexpensive prices. Plus there is an entire consignment store of oddities above, and a Koi pond! 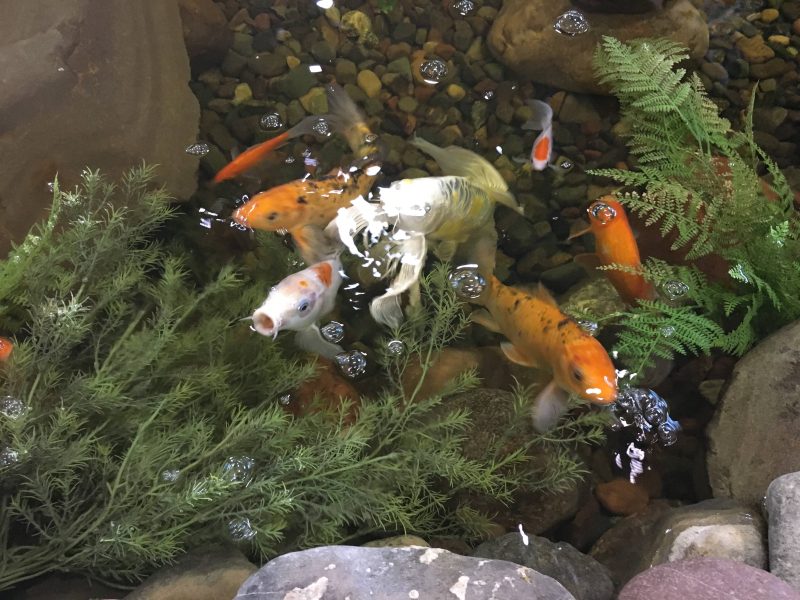 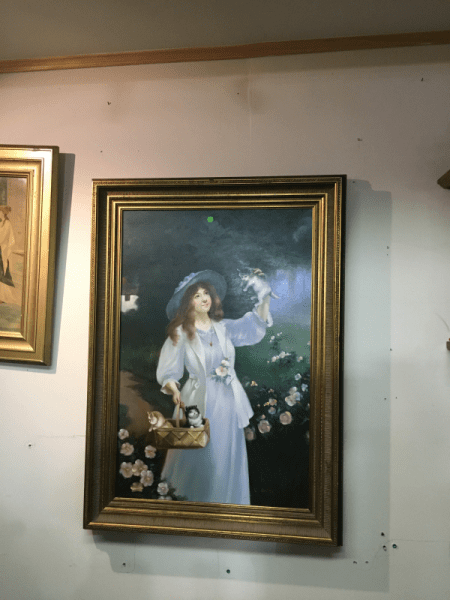 49 cent waters and a few turtle gummy candies later we were back on the road again heading north. This time to go to Peterson's Fish Market for lunch. As breakfast had been huge, I was surprised we were stopping for lunch so soon, but for our journey this was a place we needed to go (and it was already 2pm in the afternoon). My parents were correct in how good it was. 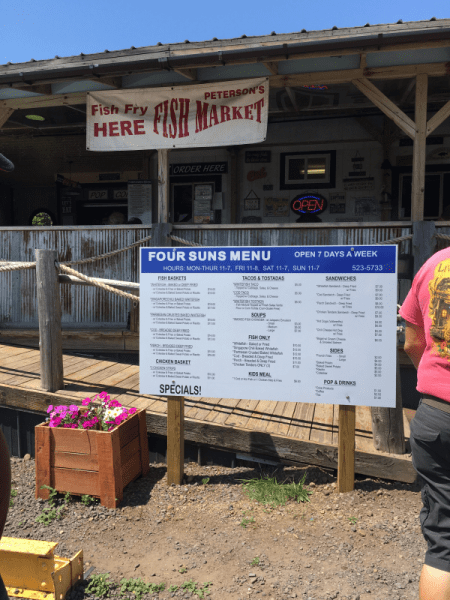 Peterson's is famous thanks to Andrew Zimmern and his Weird Foods show on the Travel channel (or whatever channel he is on now). All of the whitefish at Peterson's is fresh and  straight out of Lake Superior. What was strange about it?  Nothing, other than it is an institution in the Upper Peninsula, and the Upper Peninsula is a special place that people with travel shows can make wonderful TV out of. I would have loved to eat a sampler of the items on their menu, but I was still full from breakfast so I just got the fish tostada. 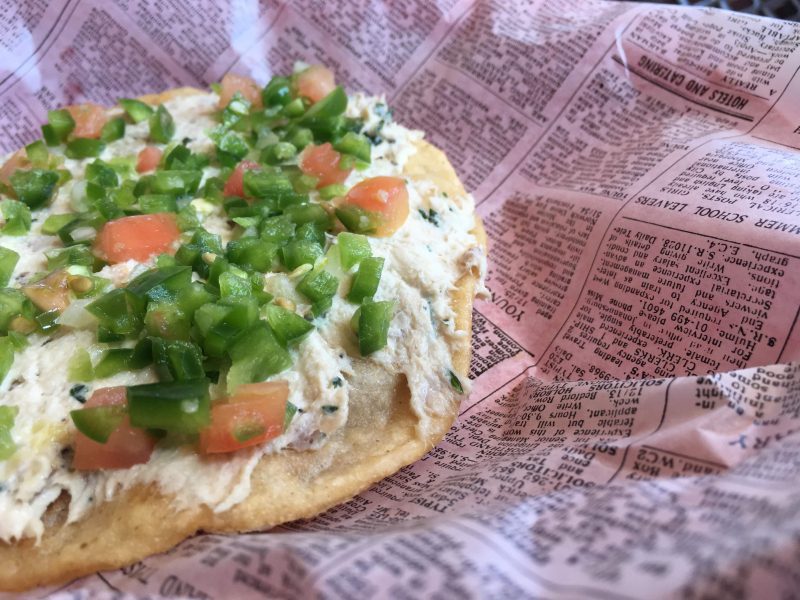 It came speckled in fresh jalepeno and tomato over a whitefish spread. It was tasty and peppery and yummy. 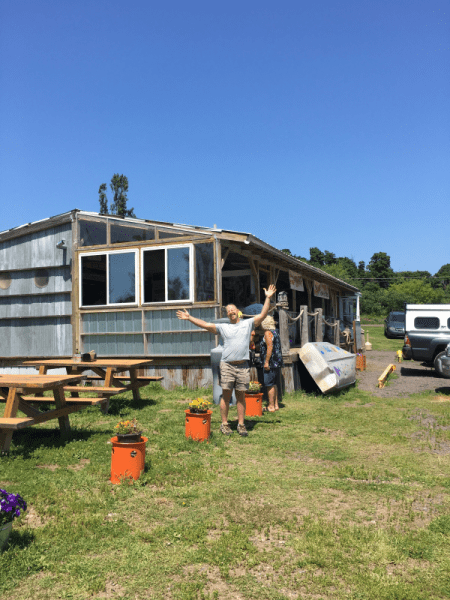 Right across the street from the very tasty fish market is the Quincy Copper Mine. Formerly known as "the old reliable" because it was one of the longest running and profitable copper mines of the 19th and early 20th century.  Many a young immigrant worker was exploited there for the sake of the almighty dollar at this mine. Since we were right there we decided to take a tour and learn a little bit about what happened there. 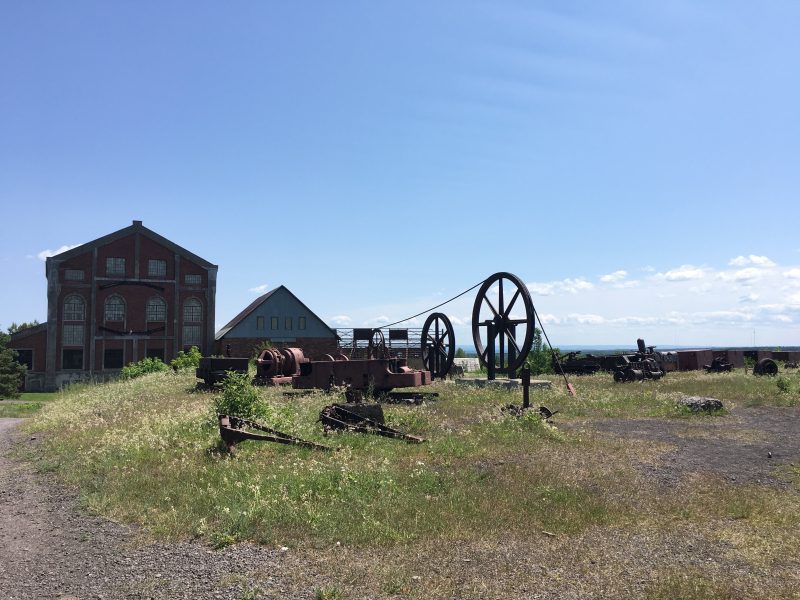 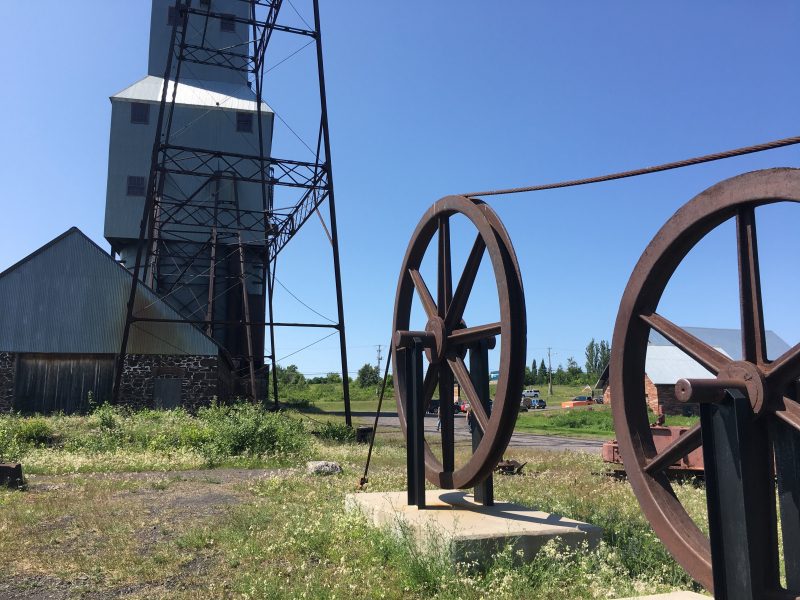 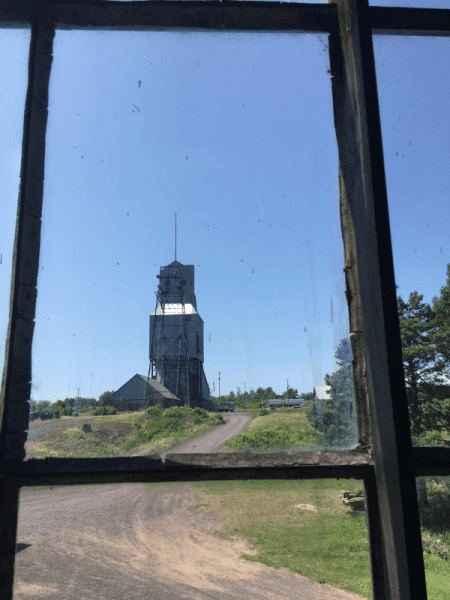 The Quincy Mine ran 7 days a week 24 hours a day from roughly 1846 to 1945. The shaft house you see in these photos is for shaft #2, it was connected to the largest hoist in the world (a hoist that only ran for about 15 years before the mine closed due to the loss in copper prices during the depression). 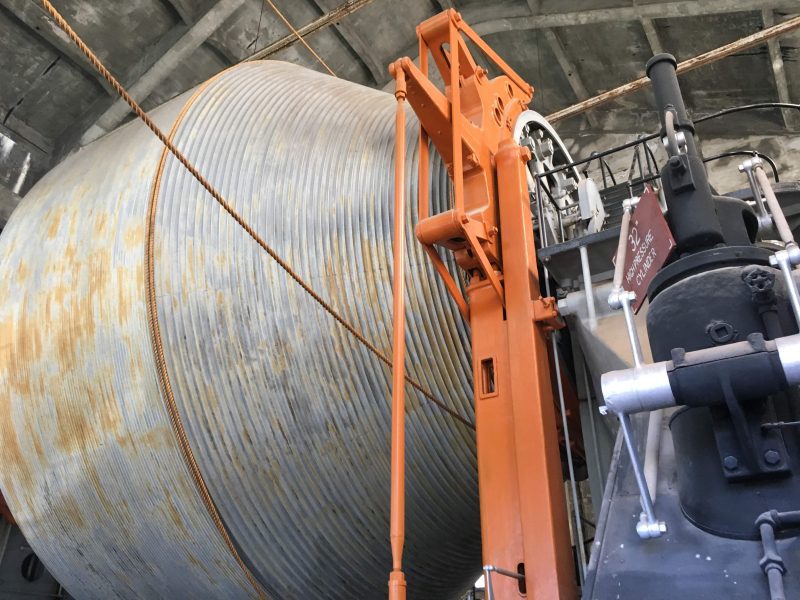 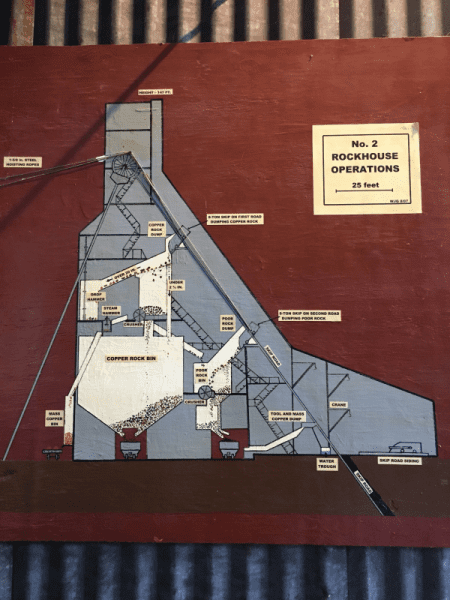 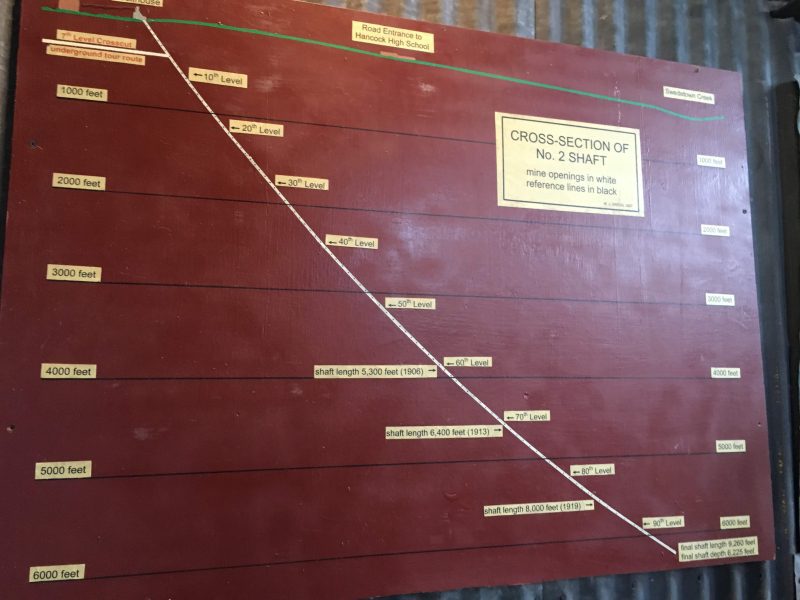 At its deepest the mining shaft at this location ran 9200 feet at a depth of 6000 feet. The men who worked in it, before the giant hoist was installed had to climb a ladder down or up for about an hour to make it to the work area, use a contraption called a "man lift" which was the precursor to the escalator but completely powered by men going up and down, or take the "man car" down. Below is an example of the man car. 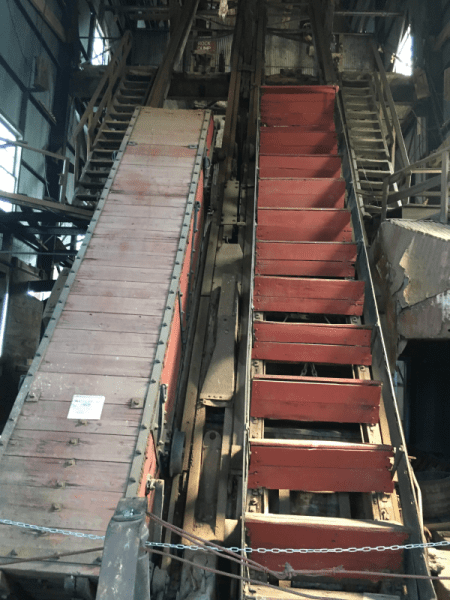 In any case, it was less than ideal and added at least an hour commute in and out of the mine everyday on top of their 10 hours of strenuous labor. There were over 16 nationalities of men working in the copper mine in Quincy, with all of the language barriers that go with it. The men who worked there lived on the property, shopped in the company store, and put in 10 plus hour days until they died, or were able to earn a better life. Not that there was much more to do up in the Keweenaw, but a lot of them got there and found the cold and isolated landscape to be exactly that, isolating. But there were families and there was some prosperity for some (and definitely for the mining company).  But it all came at a price of many human lives. 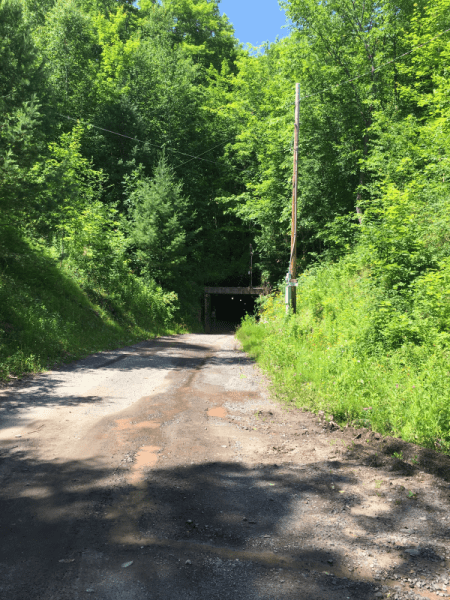 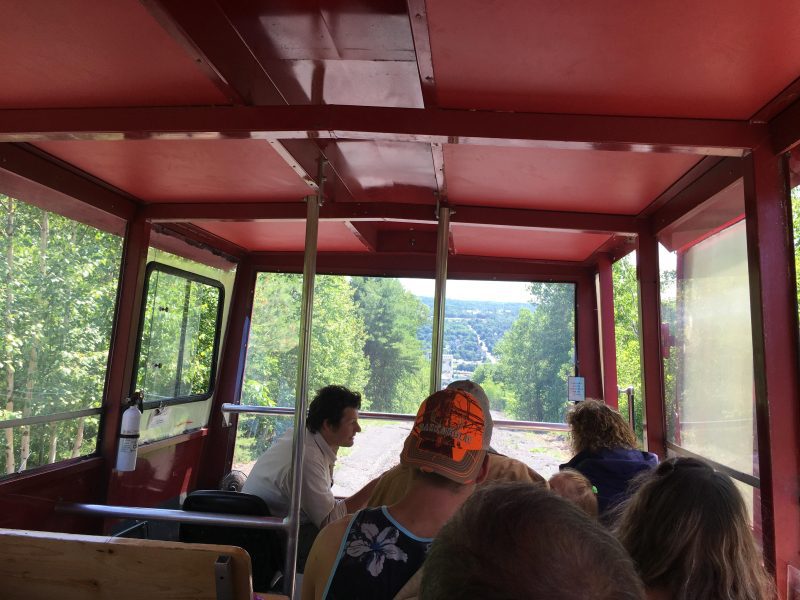 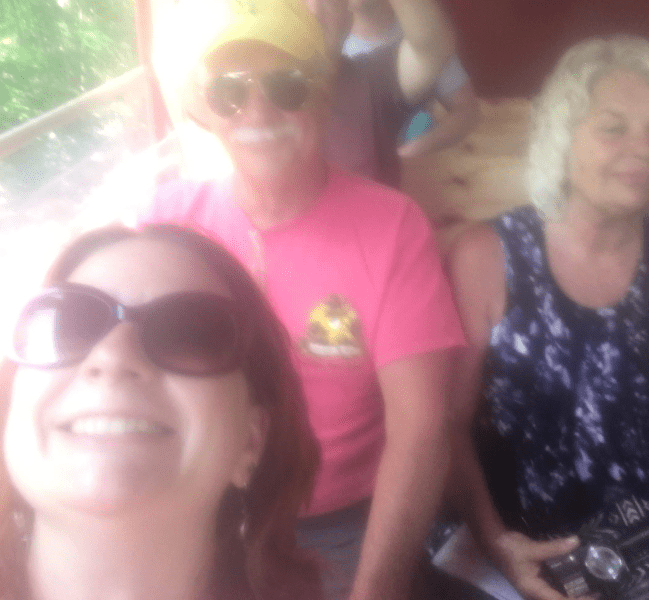 We took a tram down to the mine "visitor's entrance" at around 800 ft – a converted water drainage area where they now lead tours of people into the 42 degrees shaft to experience the underground conditions of working in a mine. As we chose the abridged tour we just road down to the entrance. We probably should have down the whole tour but hindsight is what it is. 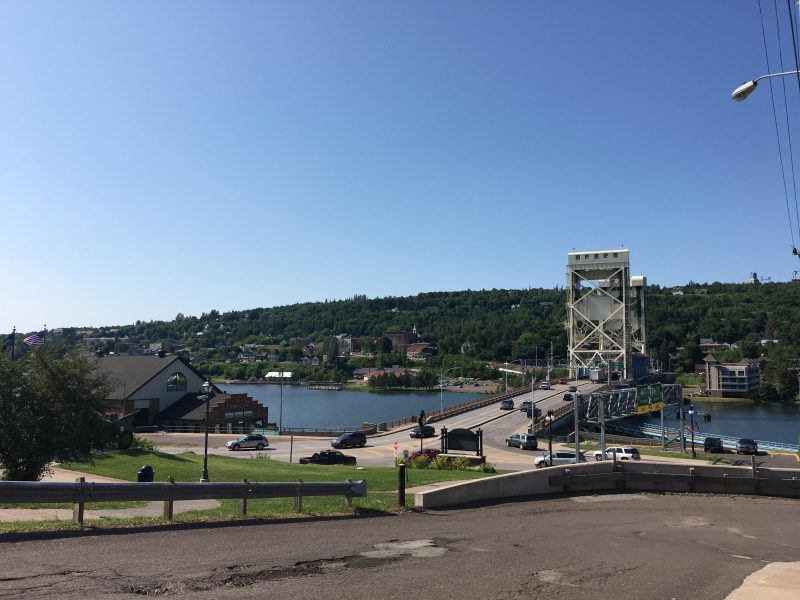 The last active mining operations at Quincy mine ended in 1945. It began in 1846, even before the Ojibwa people ceded the Keweenaw to the US Government through the treaty of LaPoint (1855) aka The Copper Treaty. From the time European Americans started coming around as missionaries and fur traders they were pushing the Ojibwa to tell them where to find copper.  And those indigenous mines were the first ones that were looked for when lease lands became available to lease. It was one of these sites that Quincy placed shaft #2 on. The mine would have operated longer, however, at some point the shaft was deemed "unsafe" do to instability of the shaft (not that mining was ever safe for the people who worked there) so operations had to cease. 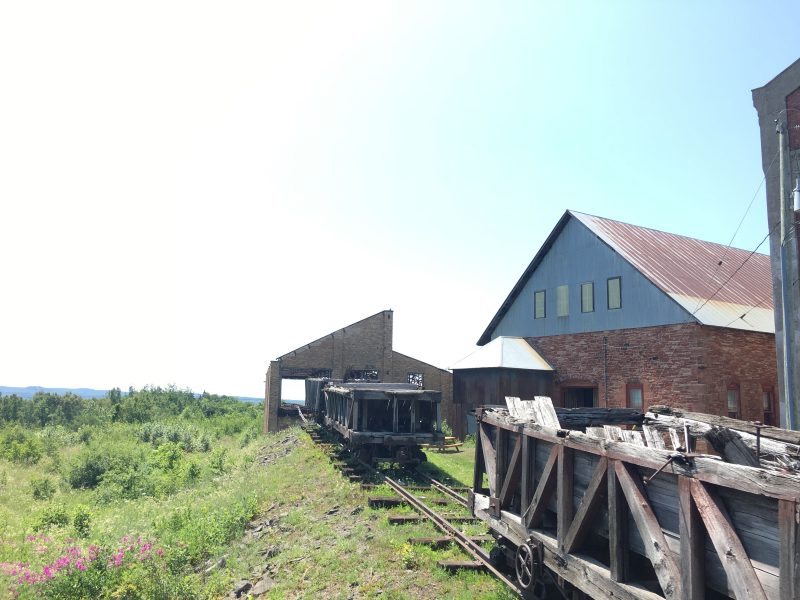 The Upper Peninsula appears on its face to be an isolated place, but the sense of community oozing off the tour guides at Quincy mine made your feel the tight knit atmosphere of the people here, dedicated to their history, and moving forward toward a better tomorrow. 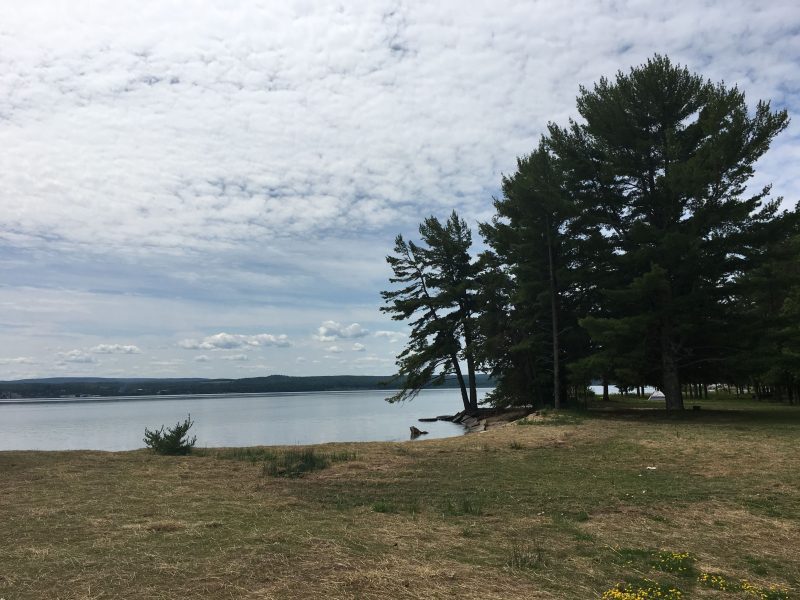 We on the other hand, were just passing through, however, my parents are now all year rounders placing roots in a new community even as they bring their own friends from over four hours away to hang out.  I would come more frequently but it is hard and expensive to come from Seattle as its one or two planes, plus a car to get to them.

I am happy to embrace this strange place of its varied history as my home now. Nothing will take away from my hometown of Duluth, but there is no reason to hang on to a sense of home that cannot be fulfilled, because it is no longer there.