After passing out into a complete catatonic slumber in my communist "urban living loft" rock hard bed Friday night I awoke cold and uncomfortable in the wee early hours of Saturday morning. Uncomfortable, as in my whole left arm and side were completely asleep, and the room was cold, and the single bed sheet bed spread was just not cutting it for warmth. So I ran the hot water in the shower for about 45 minutes and showered in it for about 20 – the cloud of moisture heated the room up to a sauna and I was able to pass out again for a few hours with a great sense of satisfaction – finding a way to get my money's worth for these urban scammers. Take that hot water bill. 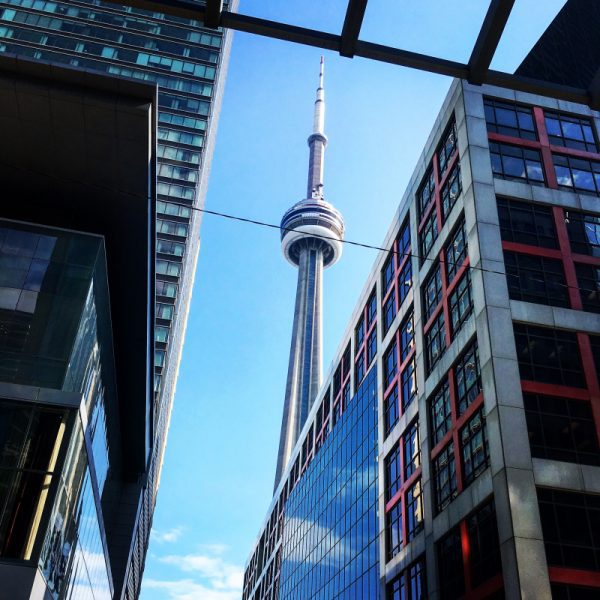 When I did finally wake up again I had slept too late to go for my urban castle adventure to Casa Loma in order to get to my Modern Mystery School class on time in the Toronto suburbs – so I had to make a decision – breakfast or tourist?  I chose breakfast, or brunch by the time I got where I needed to go – which was Schmaltz Appetizing, rated best lox bagel on the planet by random internet reviewers everywhere and eater.com. 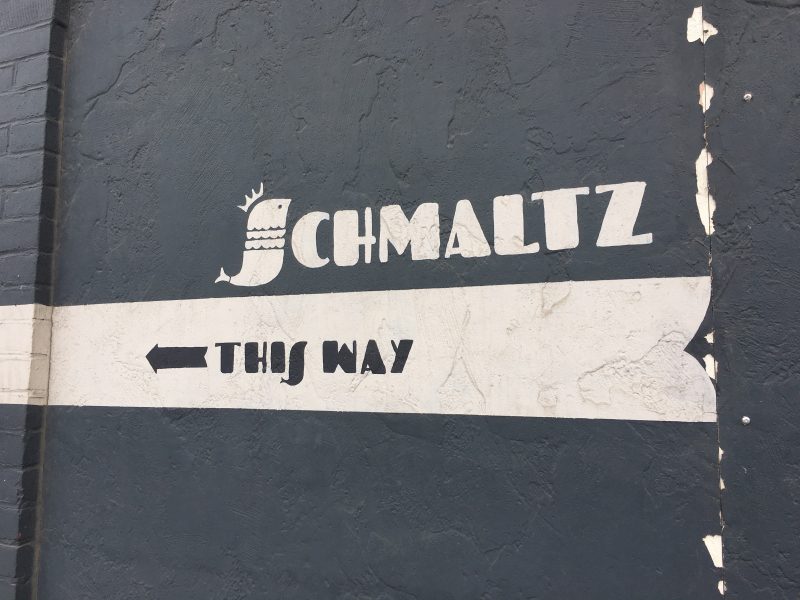 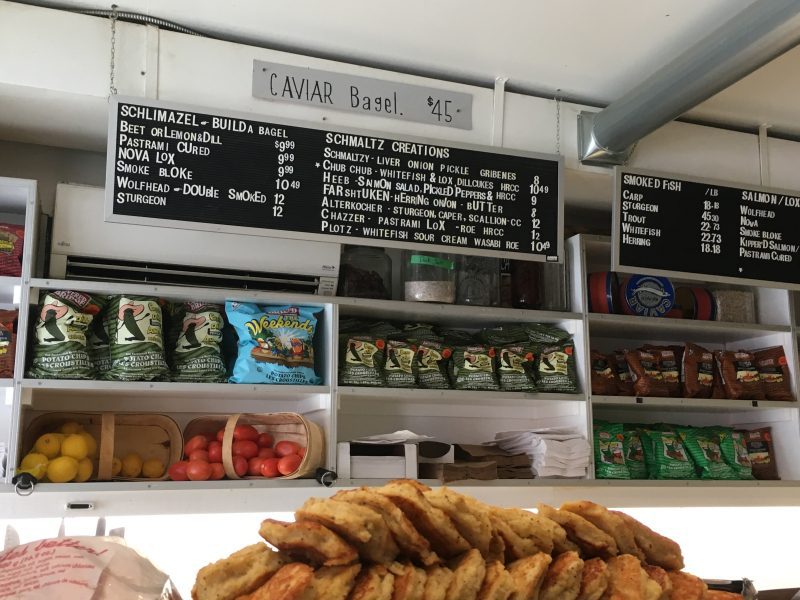 So worth the drive and figuring out where to park, and listening to the funny family talk to their college co-ed about good choices while I ate my bagel in the outdoor seating outside the deli. Meanwhile, inside the deli the choices were overwhelming because I had only one shot until next year to have an amazing bagel. (I'm coming back here when I come back to Toronto to try another flavor).  I made a great choice (I got the Chazzer with pastrami lox and roe) but there was a part of my wishing I had a bottomless stomach, or at least the immediate access to a refrigerator – because there were so many good things in their deli case alone. Sigh – the life of a traveling foodie – one taste for life. Make it count. 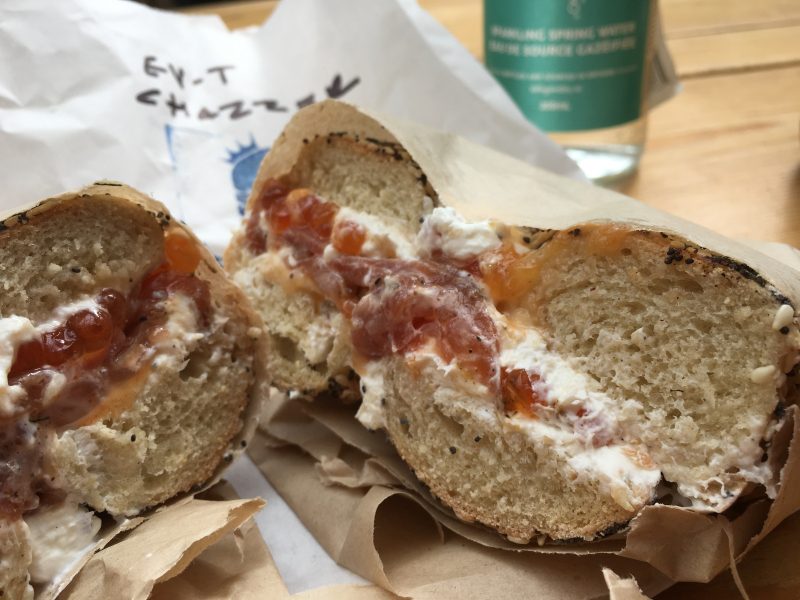 I did and they reposted my Instagram photo! so proud of my bagel shot. And pastrami lox is the bomb. 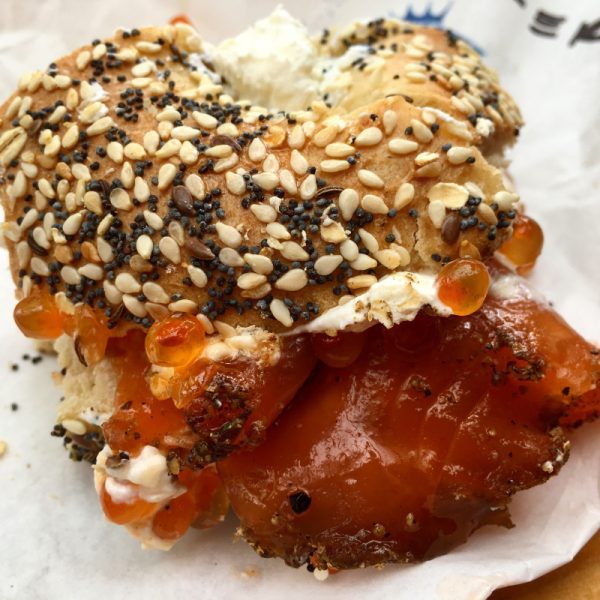 I made it to the suburbs in time to catch some of the social hour of the Modern Mystery School's 40th anniversary celebration and 20th anniversary of the school being open to the public. Its a big deal for a university of spiritual empowerment to be in 55 countries and actually available for any person, willing to commit themselves to light work being able to walk in and take classes. It is also a big deal for one person to have shouldered that mission for those many years alone – so we gave Founder Gudni many many different forms of gratitude and celebrated the accomplishment and learned about the founding of the school among other things. 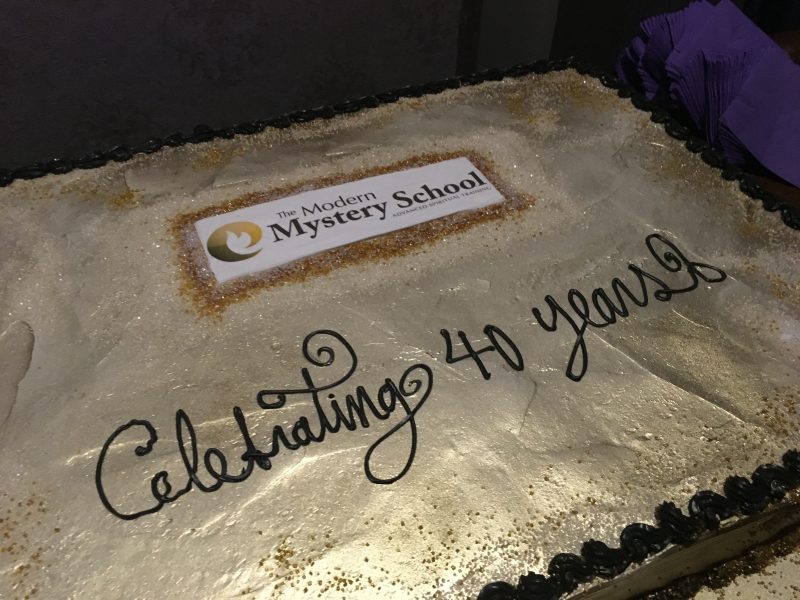 I connected with many colleagues and friends who were hungry because celebration cake does not a lunch or dinner make – so we gathered ourselves up to head back to the city for a food adventure. I was happy to have friends along for the ride so I didn't have to eat alone and could try more things. 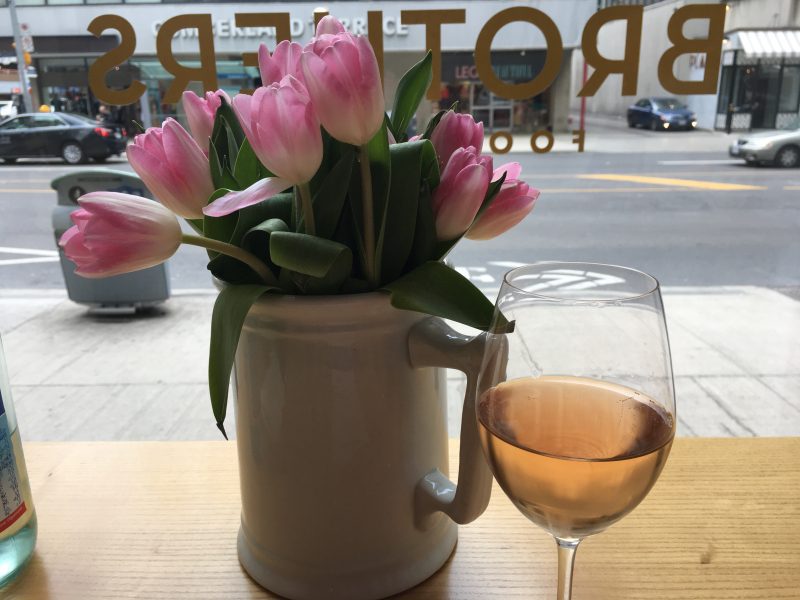 We couldn't get in as a group at Edulis, so I just gave up. Maybe next time. So we headed for Brothers Food & Wine because their website said they were open all day, and we were quite early, which can make for easy seating without reservations. We were actually too early – but the staff was so nice that were able to accommodate us in their window seat at exactly 5:30 pm. So nice of them. We went for a tourist walk of the downtown corridor taking a subway ride to see the CN Tower from below and how old churches are blended into the new architecture. 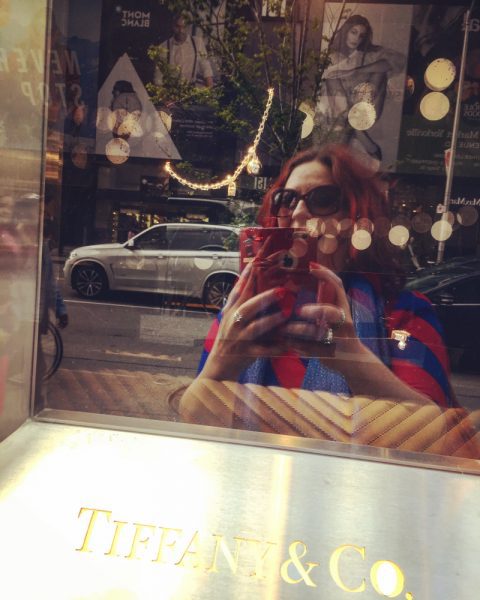 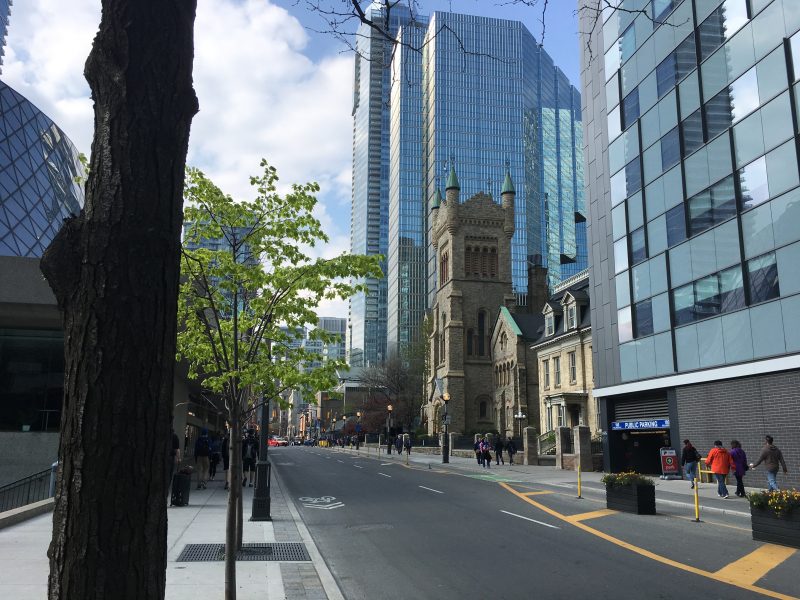 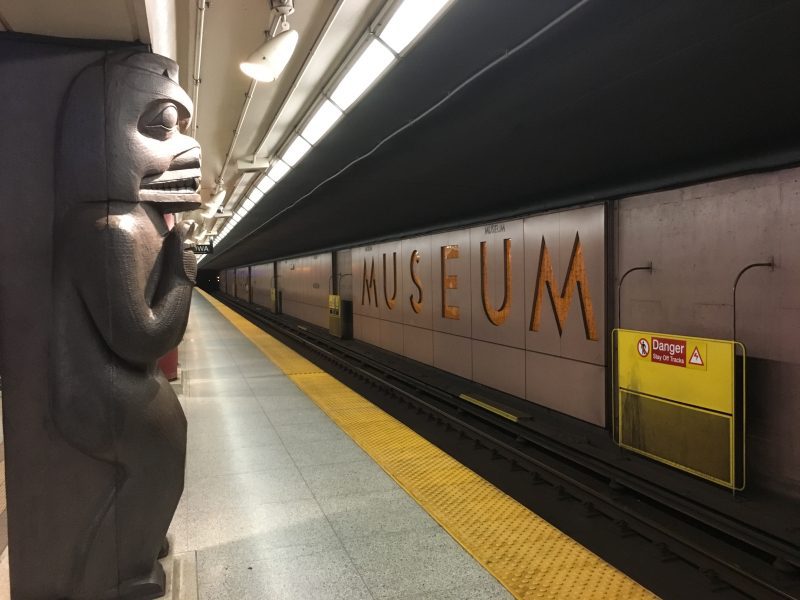 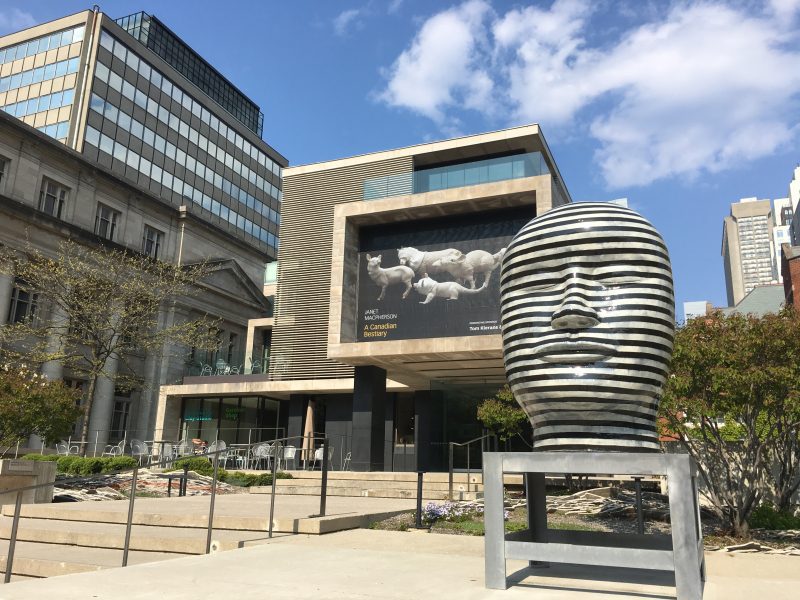 By the time we got back to the restaurant the sun was hiding behind green clouds and it started to pour. Lucky for us we just had a beautiful view of the sidewalk and the most amazing food on our plate. 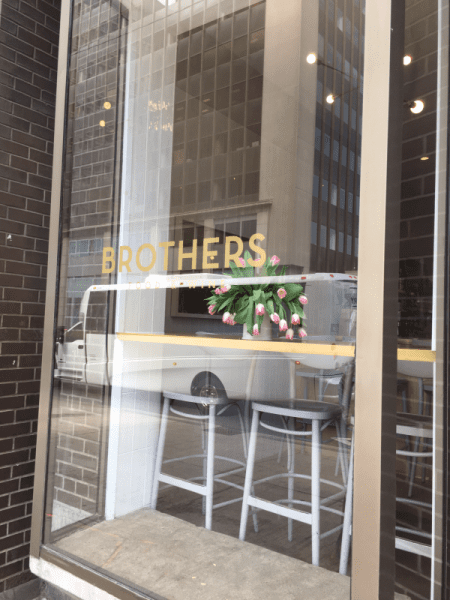 Brothers was written up as creative and eclectic food with an ever changing menu. I don't know about the changing because we were just there one day, but creative is definitely a great label. Each dish was a spectacular palate of flavor and a unique combination of ingredients. They were all superb. 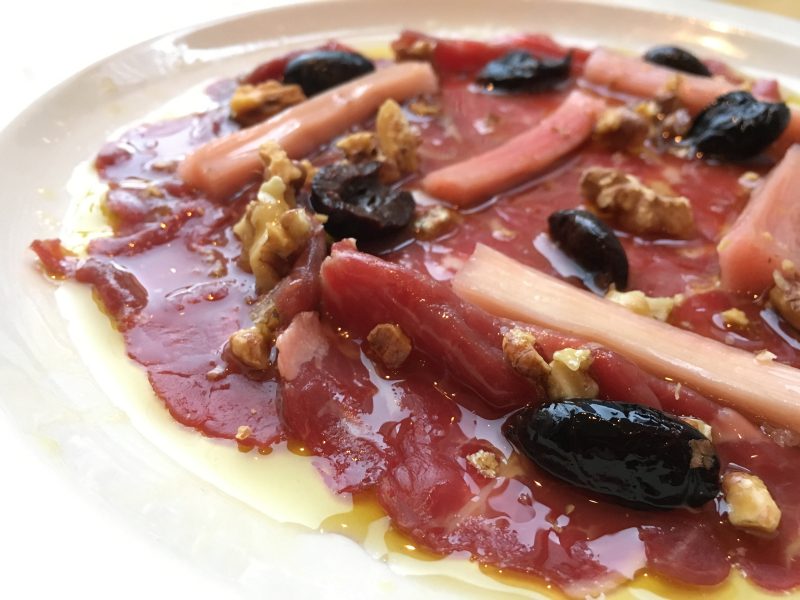 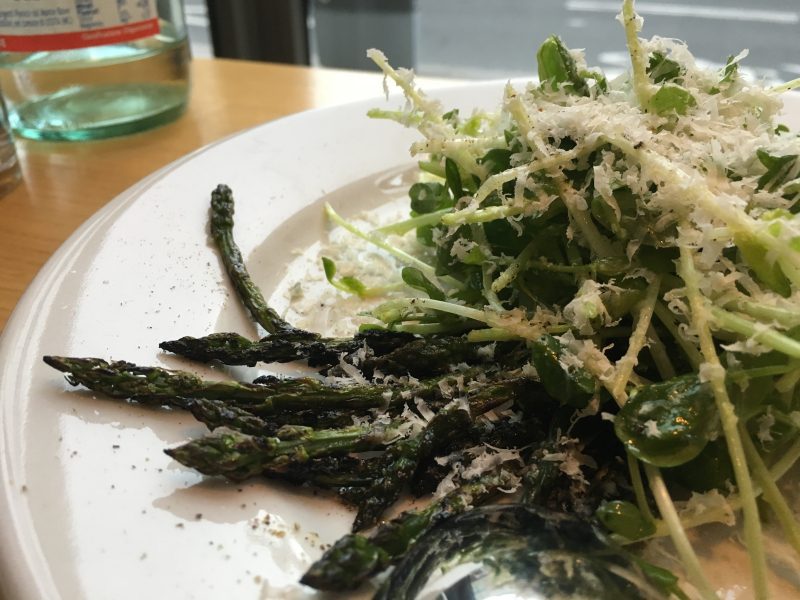 Asparagus and pea greens with a light dusting of a cheese I can't pronounce. 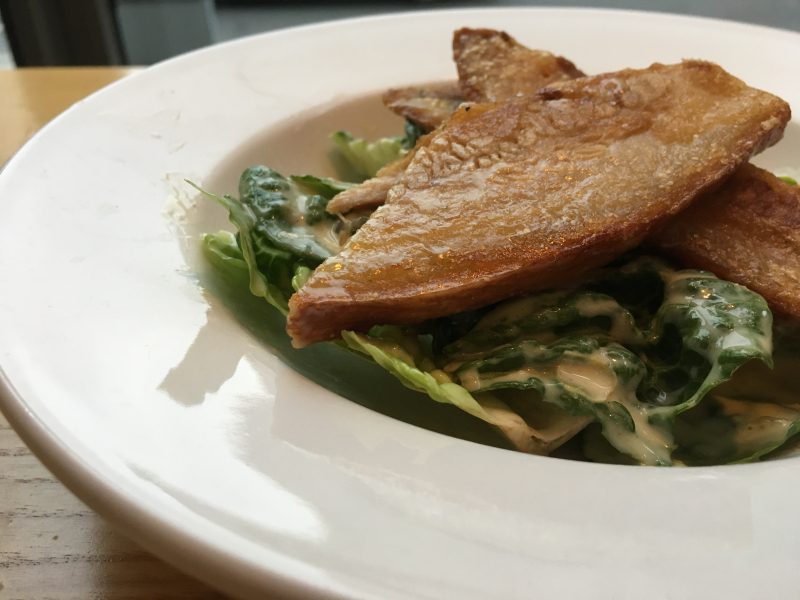 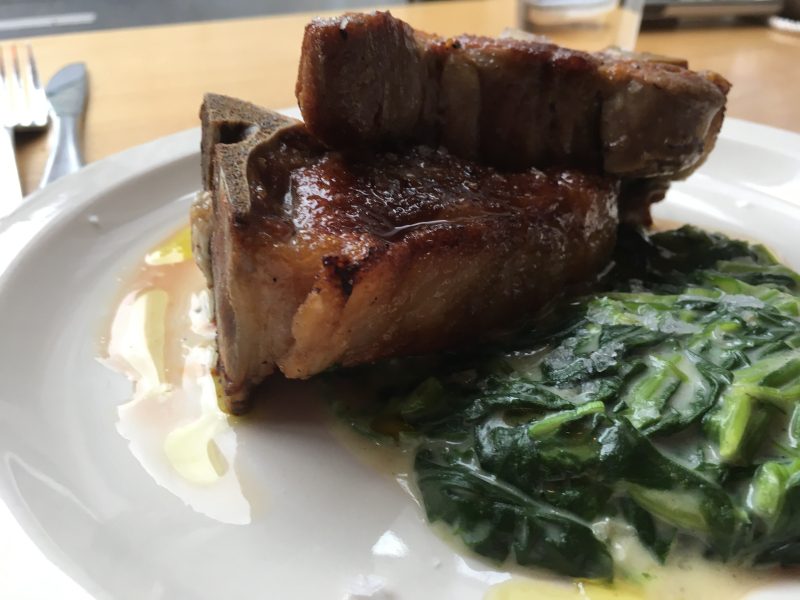 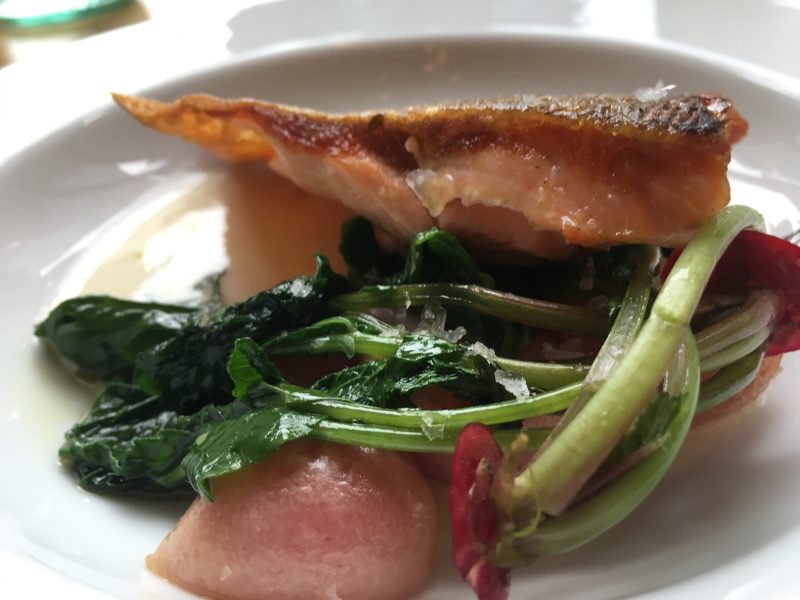 Lamb chop with creamed spinach and trout with radishes and white sauce. Roasted radishes and their greens are phenomenal by the way – they almost taste like potatoes with a lot more flavor and the green like a zingy spinach. Last but not least we ordered dessert to share a Spanish style cake with custard called gateau basque. There was more than enough for three people. 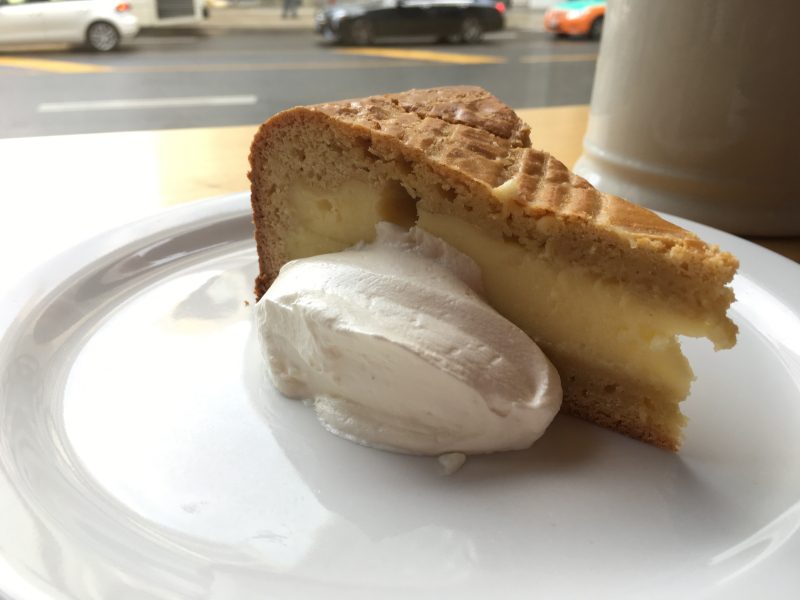 It was an extremely satisfying meal – and we were able to gush with gratitude and excitement for having been seated. The rain had stopped and the sun was shining again so it was perfect conditions for a drive back to our airport located accommodations and get ready for our professional integration training the following day.