May has come around again and it is time for the annual Spring programs of the Modern Mystery School International in Toronto, including, but definitely not limited to, Life Activation Practitioner Integration Day and our annual re-certification. As practitioners of modalities handed down from the lineage of King Salomon it is important that our practices stay true to the lineage and consistent across the world – as this work has real impact on people's lives, helping them become fully empowered and aware beings actualizing their true potential. It is the serious business of creating a human community in this world and an opportunity to stay in the highest service to everyone on the planet. It is also opportunity for super fun things like making new friends and catching up with colleagues from across North America and the world. 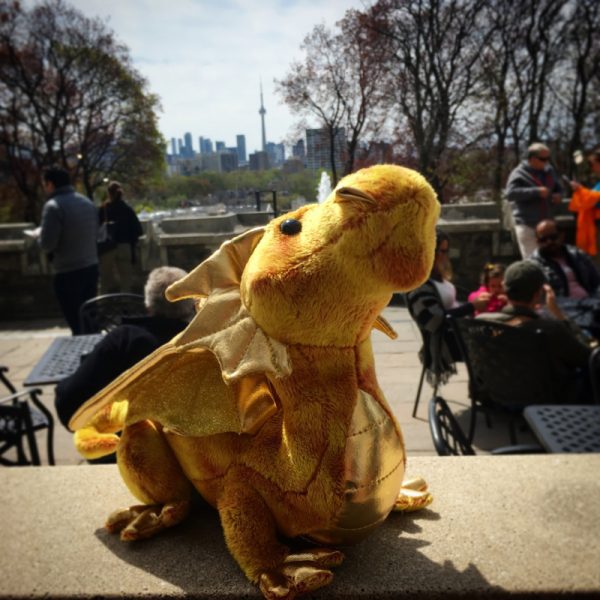 In past years I have come into programs for certification only, or Kabbalah, or Healer's Academy (where I learned how to be a Life Activation Practitioner) – but this year I came to take the next step on my progression. I am here for an entire 10 days to begin my training on the path of the spiritual warrior as well as healer. Its pretty exciting, and apparently. anxiety producing as a part of me that is usually quite grounded and centered is flying off into airy nervousness. It must mean I'm doing something related to growth and development – because I am uncomfortable. yay growth! 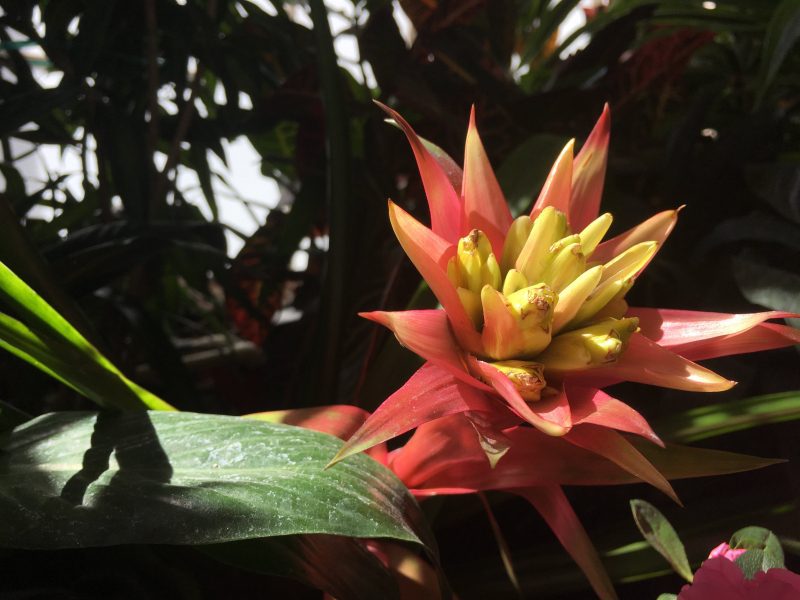 After a very enjoyable and challenging day of LAP Integration, my colleagues and I were able to check into our "apartment" hotel room and do a little grocery shopping for the rest of the week. Grocery shopping after a full day of high intensity energy work with no real plan is pretty fun. It was also a bit of car tetris to fit all of us, our food, and our luggage in to get back to the hotel. 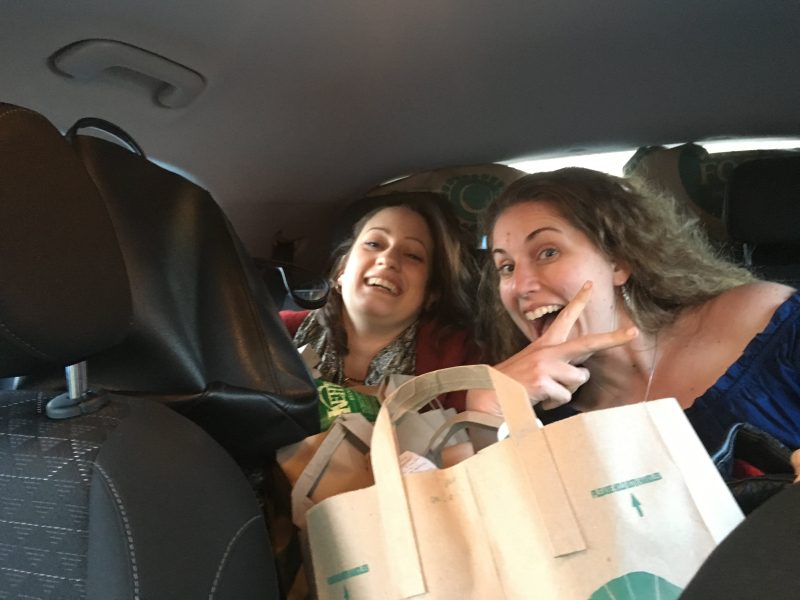 We succeeded and were able to relax and get a good night's sleep for some of us to continue classes the next day. I was able to take the next couple days off to work remotely in Seattle and fit in as much exploring as possible with my schedule and rental car before my classes starting on Monday. So on Friday, as I only had the morning and lunch time before the West Coast caught up with me and work began, I headed for Casa Loma, a giant castle that used to be an actual residence in the heart of central Toronto. 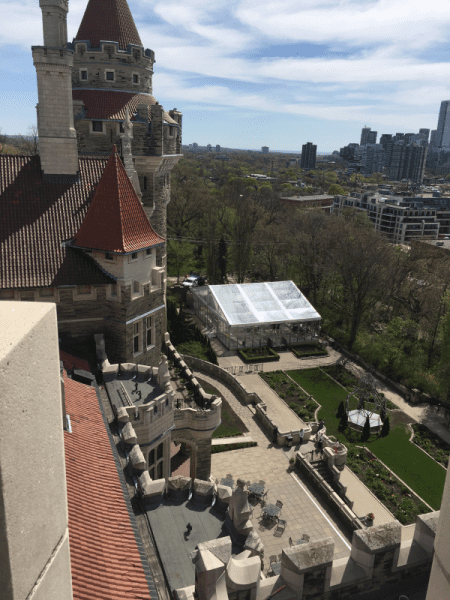 I thought I might take a few pictures of flowers in its "well maintained" gardens and sip a coffee on the promenade and then make my way back to the hotel. Well turns out the castle is also a museum of Edwardian era grandeur so there were a few more things to see than flowers and fountains (although it had those too). 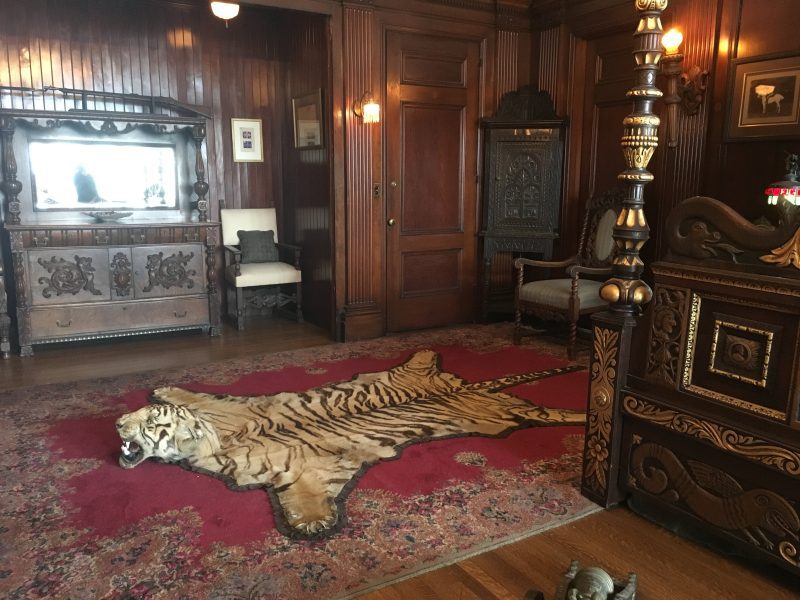 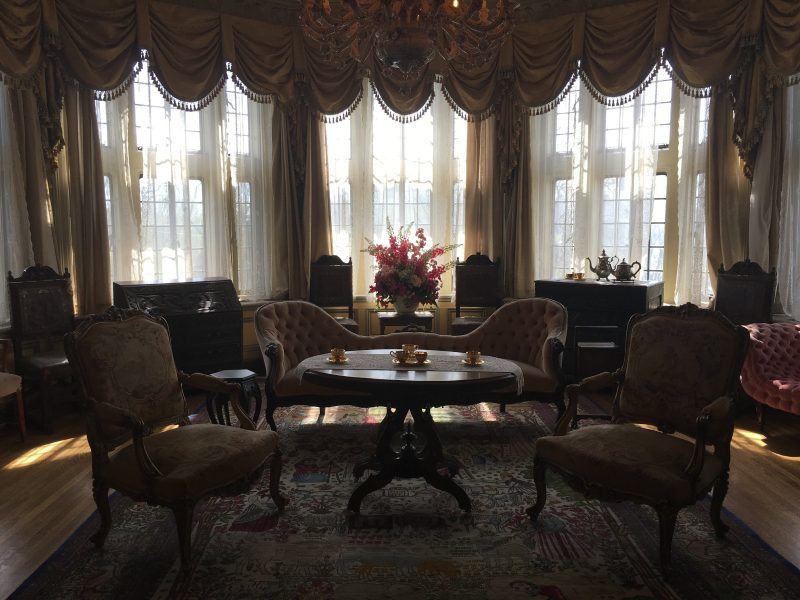 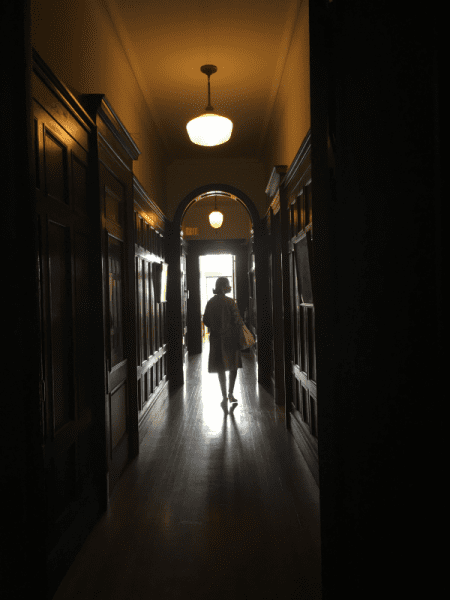 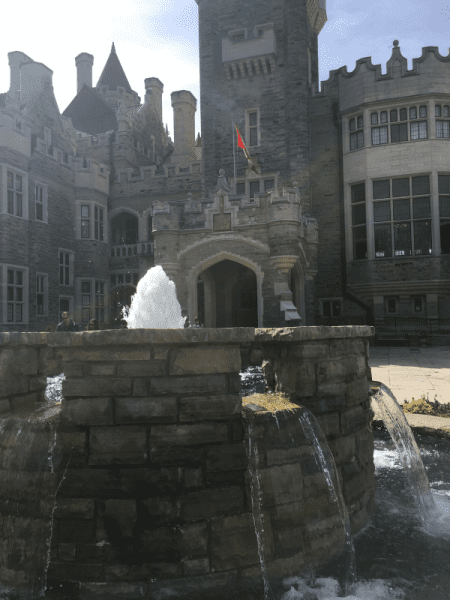 I happened to arrive just a few minutes before a bus load of junior high aged students were sent in on a learning scavenger hunt, but I didn't let that stop me from climbing all the way to the top of one of the towers.  The Escape Room experience in the other tower definitely stopped me from going there. Turns out Casa Loma is a bustling venue filled with weddings, dances, magic acts, and movie filming. Turns out scenes from X-files, Cocktail, and many other films have been made on its grounds or within its walls. 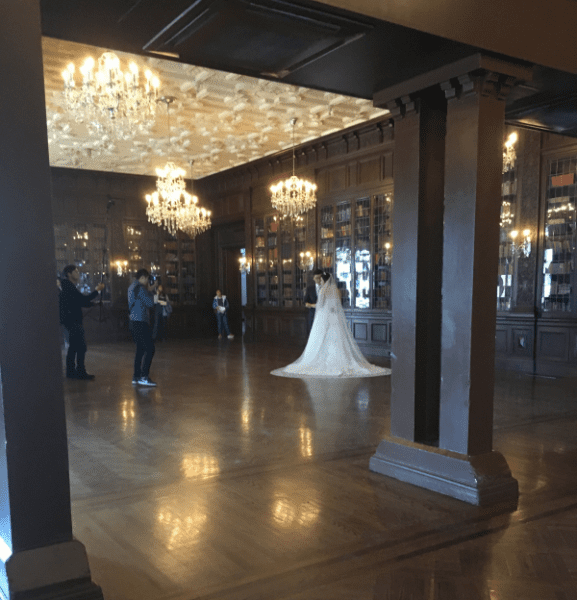 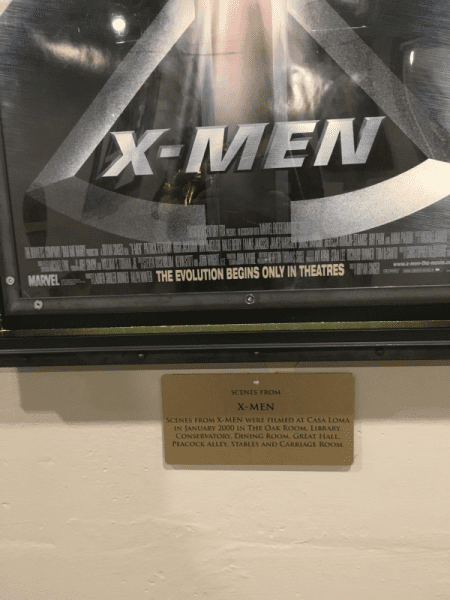 It is also apparently the dumping ground of architecture models – I found more than 10 stored under the stairs to the tower. 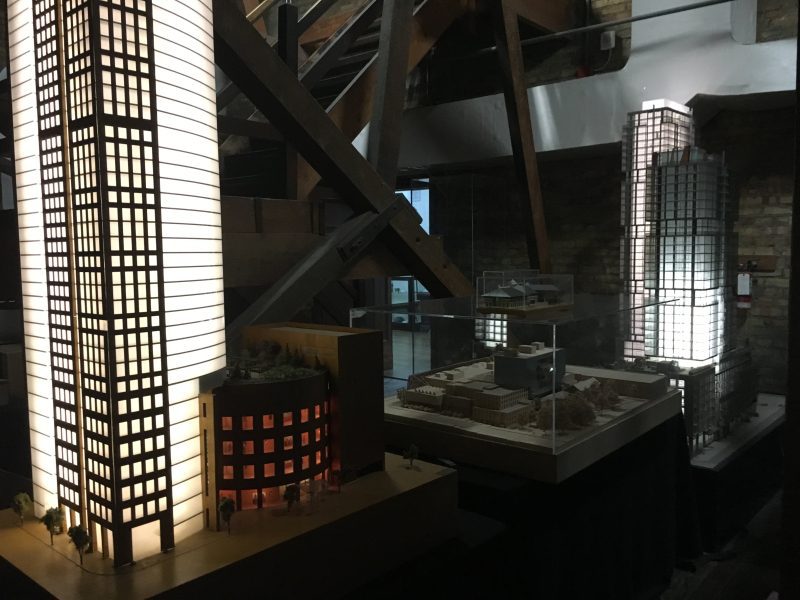 It was like the land of lost building miniatures – all lit up with no one to look at them. 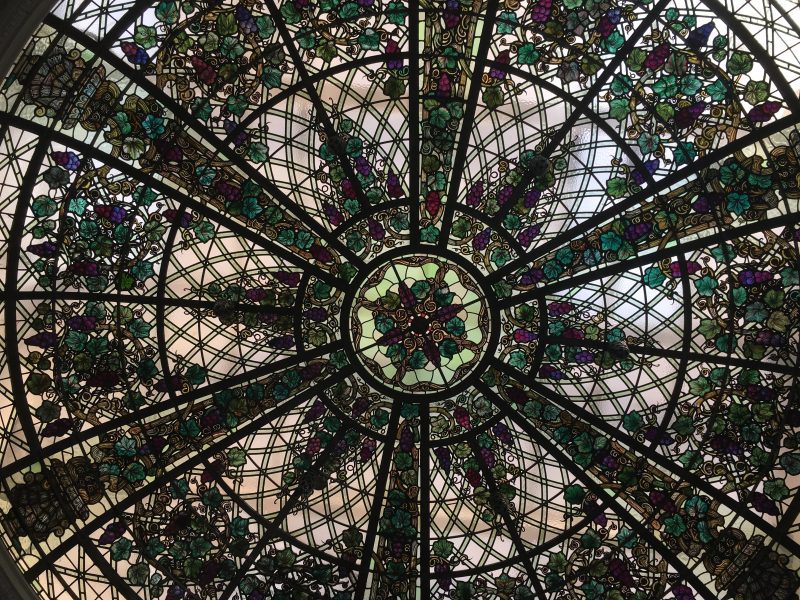 So it turns out that Casa Loma wasn't even 100% completely being built when its inhabitant and builder lost his fortune. Casa Loma, and most of Mr. Henry Pellatt's business ventures were all funded by one bank, that for some reason went bankrupt and as a result of that bank going bankrupt, Mr. Pellatt and many other "venture capitalists" of the day also went under. Casa Loma was also costing him a large amount of money in taxes annually. Every thing at Casa Loma had to be sold at auction just to get him liquid – and that was still not enough to keep up on the taxes. According to the free audio guide I listened to, Mrs. Pellatt never recovered, and died a year later of heart failure. 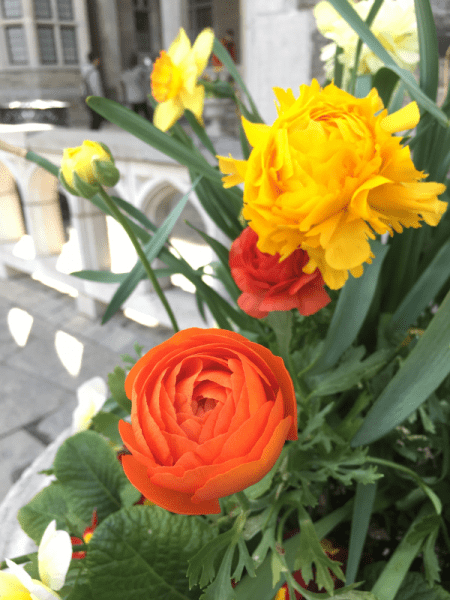 Unlike many places in this world you don't exit Casa Loma through the gift shop, as the gift shop is in the basement. I went down there to check out the cafe as some google reviewers said it was nice. The cafe smelled like stale french fry oil so I took a pass on that and instead wandered into the gift shop out of curiosity. I immediately found a chest of stuffed dragons with a little yellow dragon's head sticking out and staring at me with wishful eyes saying "save me from this gift shop and take me home with you." So I did. His name is Dandelion and we immediately did a photo session on the veranda before leaving the castle. (His photo started this blog post). 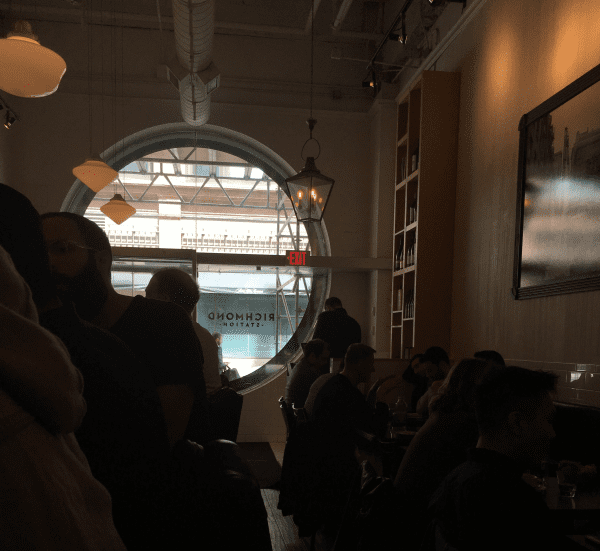 After all of that I still had time for lunch so I did a quick search to find what was a possible hip or well-awarded lunch spot. I found Richmond Station. Listed in the top 25 best places in Toronto in 2017 – that sounded like my type of place. When I arrived I immediately tripped on the door frame and fell down in the see-thru glass entry way. It was very exciting and embarrassing – but luckily I only injured my pride. And despite my little accident I ended up with a very tasty lunch. Richmond Station does a pre-fixe lunch option – so I took that to be able to sample more and spend less. Win-win. 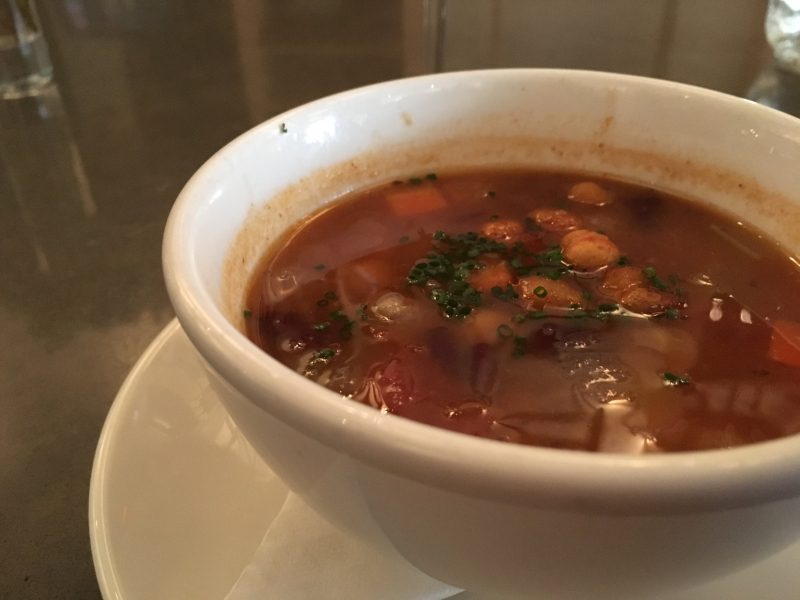 This is my very tasty chickpea minestrone, which was followed by this board of goodness – that included the best beet pickles I have ever eaten. I don't like beet pickles but these were actually sour and savory. 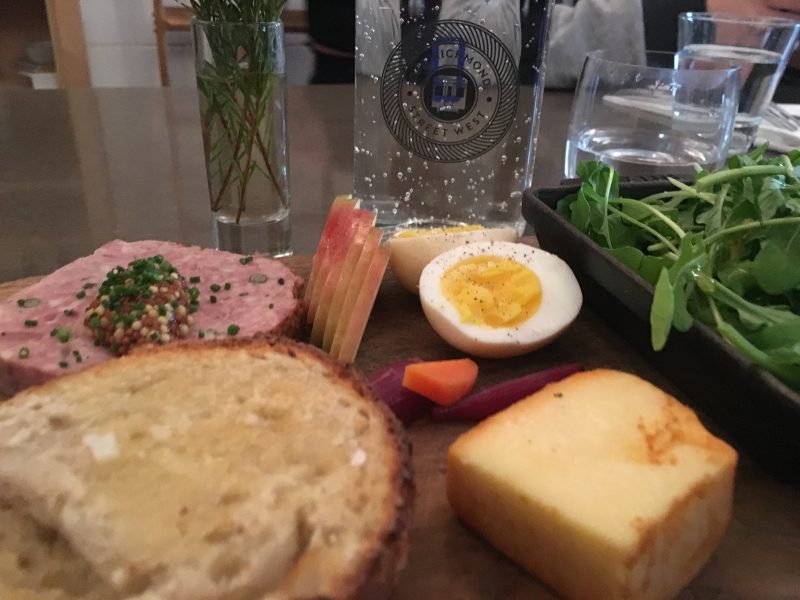 The lunch "board" also featured local cheese, local made pate', arugula salad and handmade sourdough toast that was slathered in butter.

The best thing about the lunch was the enthusiasm I received for being into food and desire to explore Niagara Wine country on my visit. I was given an entire list of places to visit and the recommendation to eat and taste at Pearl Morrissette, a local winery and restaurant that is doing "very interesting" things, was the explanation of my server. I was given their card and told to tell them that Richmond Station sent me.  It was quite the nice send off. I was ready to go back to my hotel and work for the rest of the day (and plan my trip to Niagara Falls the next day). 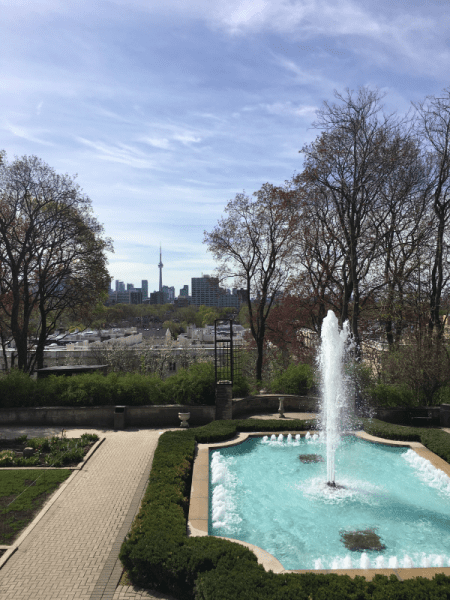