So Stephanie and I decided that we need to branch out from going to the same restaurant together all the time – so she decided it was time for us to try Skillet in Seattle's Central Distict. 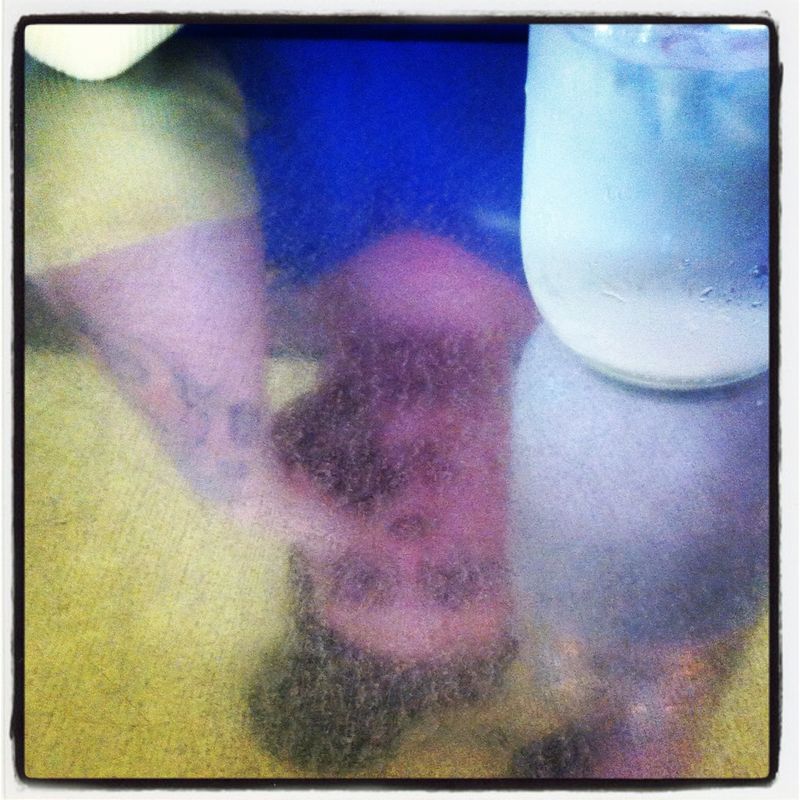 The main attraction on her menu shopping was the discovery of a Kale Caesar salad on their menu which she thought would be quite the treat for me – lover of all things kale.  I agreed Skillet was worth trying especially since I had one of the burgers at their Seattle Center food stand during a KEXP 90.3 Free Music at the Mural show featuring Hey Marseille a year ago and still remembered it.  Actually that is an understatement – it has pretty much set the bar as far as tasty burgers and me go now-a-days.  Two words – Bacon Jam. With their friends – Blue Cheese.  Yum. 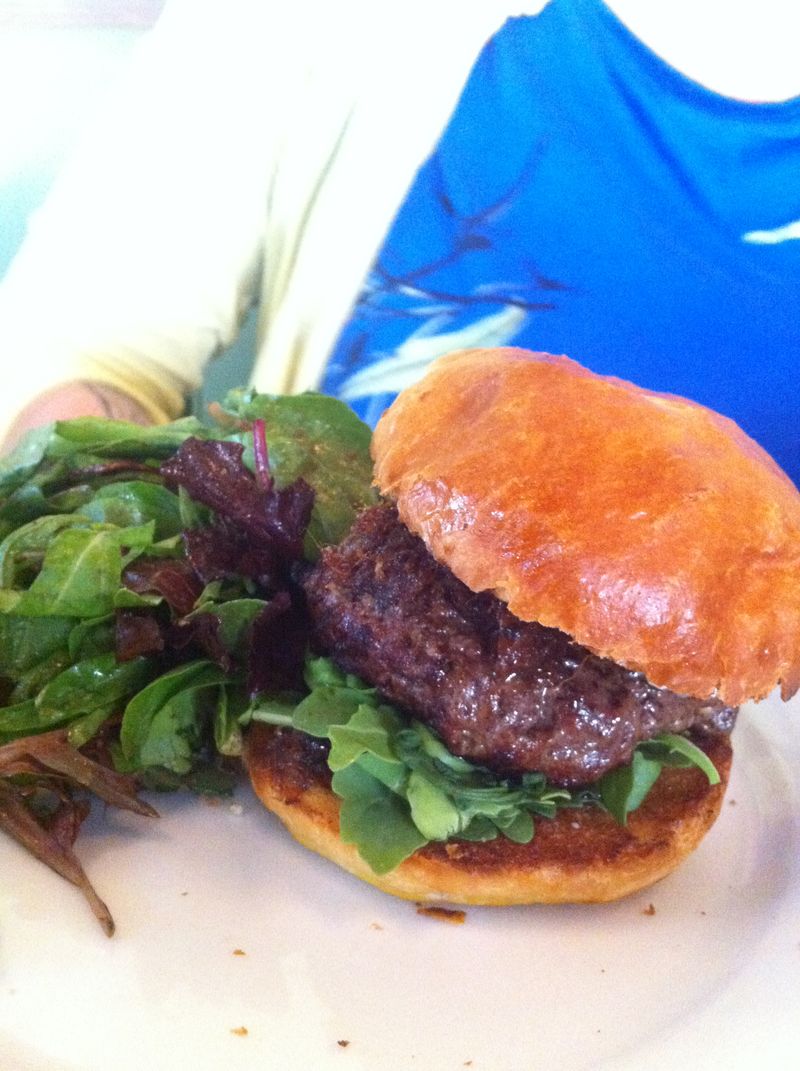 I didn't order a burger today – even if the beef was sustainably and locally raised.  I was overwhelmed by the comfort food options on a Friday afternoon where my mind was crying for just such a thing.  Instead  I cried Kale Caesar! Chicken Liver Pate and Poutine Fries before I could waffle any further.

I should have ordered the "Liver and Onions" which included foie gras and pickled rhubarb among other things…but I do not regret one bit the kaliedescope of food placed in front of me – and Steph got the burger and we sampled the bacon jam again together. 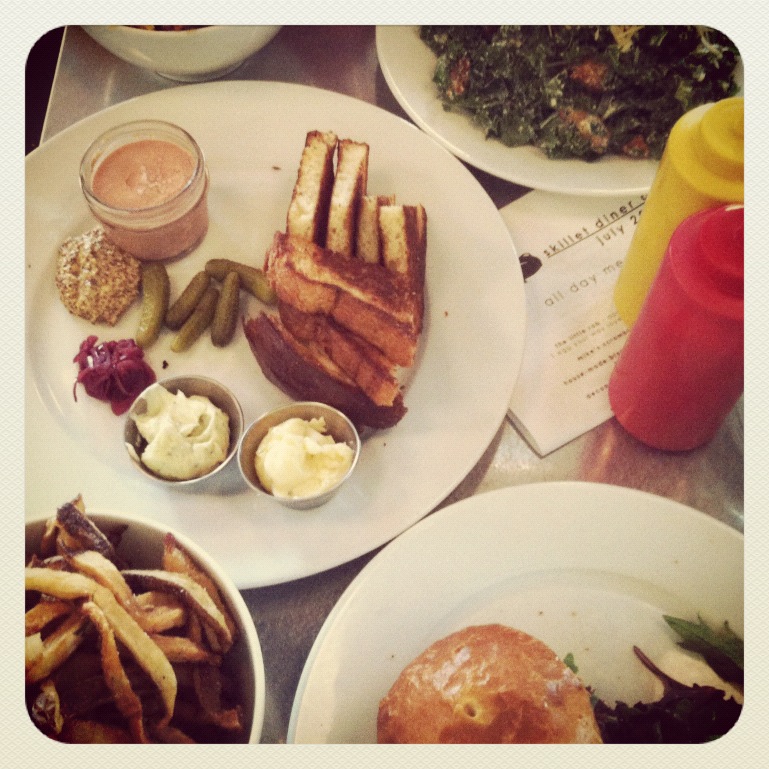 It turns out the kale makes an enjoyable ceasar salad.  Stephanie caught me with her proficient photographer's eye enjoying this giant bite. 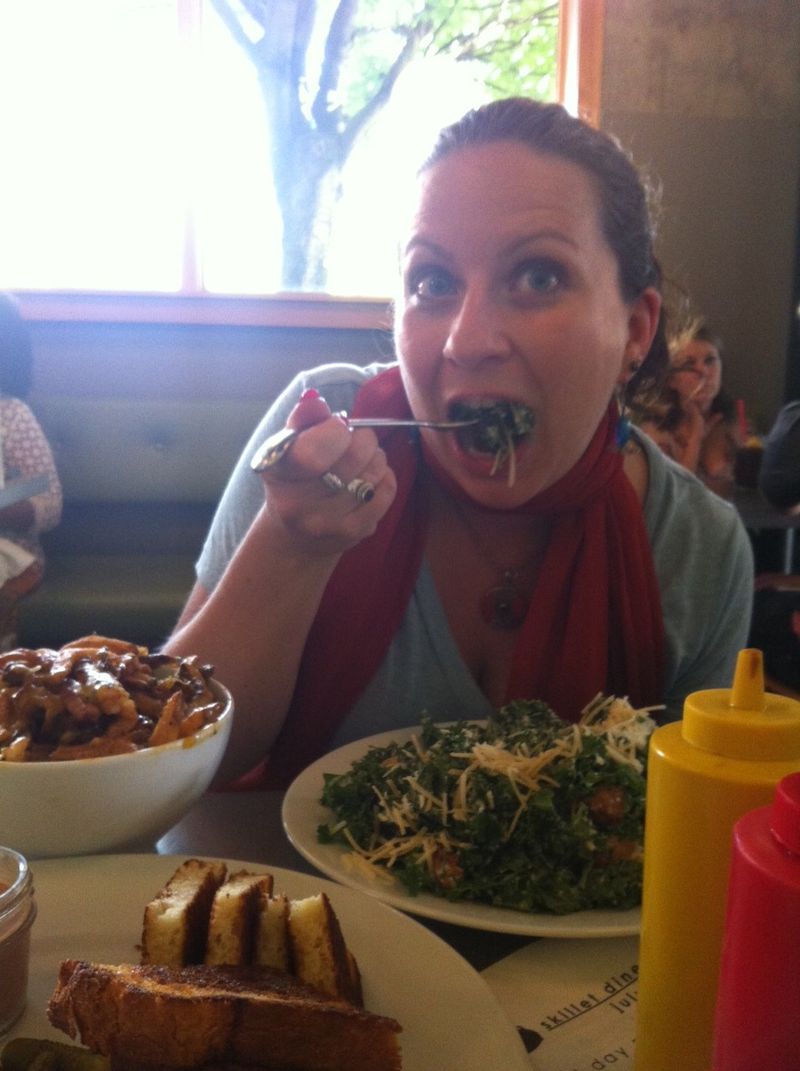 I just reheated the neverending bowl of Poutine French Fries at home in my oven now while I'm writing this.  I carved off a whole chunk of the cheesy herby potato goodness and it doesn't even look like I've made a dent in them.  I think they multiply when you are not looking.  They are a super comfort food – a never ending stream of greasy herbal goodness that pairs amazingly well with my white  Cotes de Rhone. 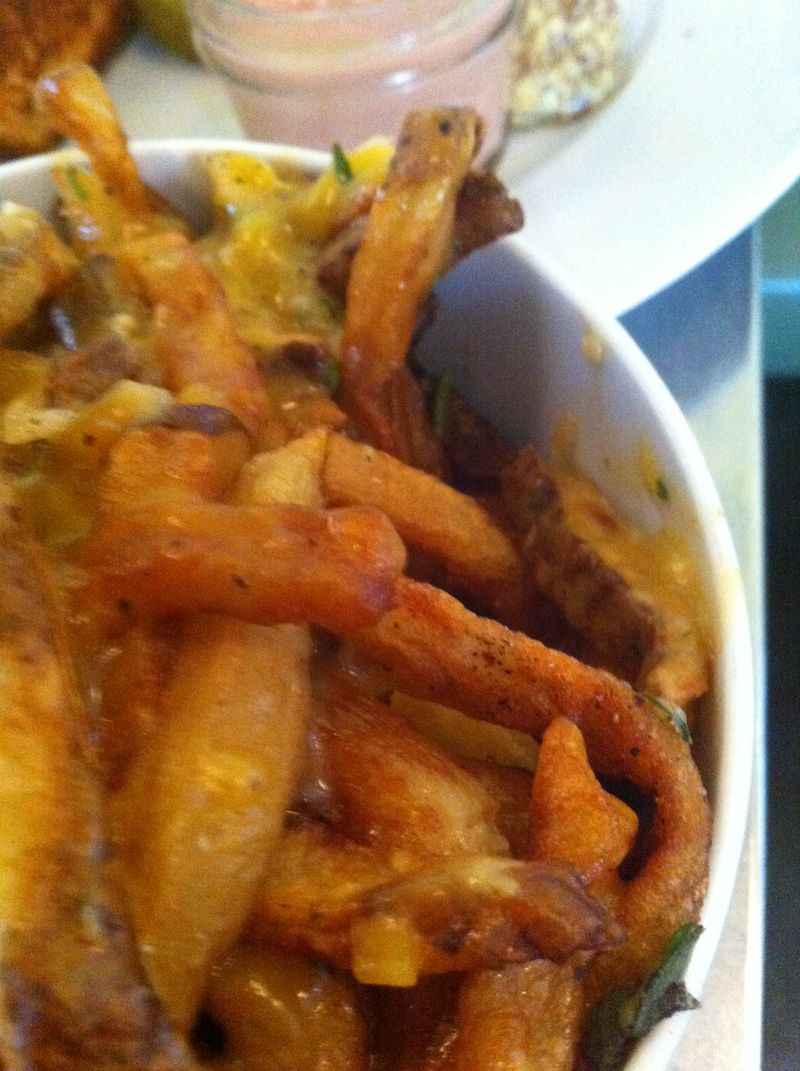 Luckily for my heart – I do not eat like this everyday. No one should – and bless the people of Skillet for having greenery on their menu. 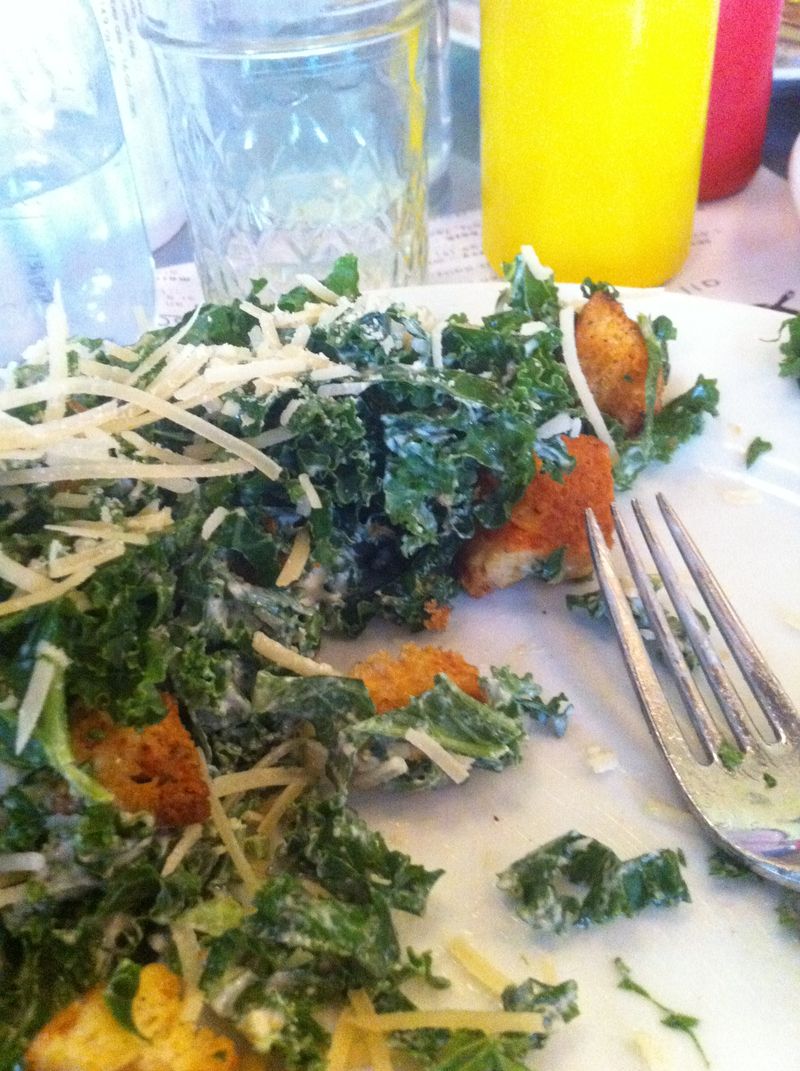 As Stephanie and I usually frequent a French Bistro going into a purely Americana themed diner was a nice contrast – wine glasses changed to jars, little plates turned into big plates, terrine turned into pate and pommes frites became french fries.  We skipped dessert because it was impossible to eat it – and we took three boxes of leftover food with us. 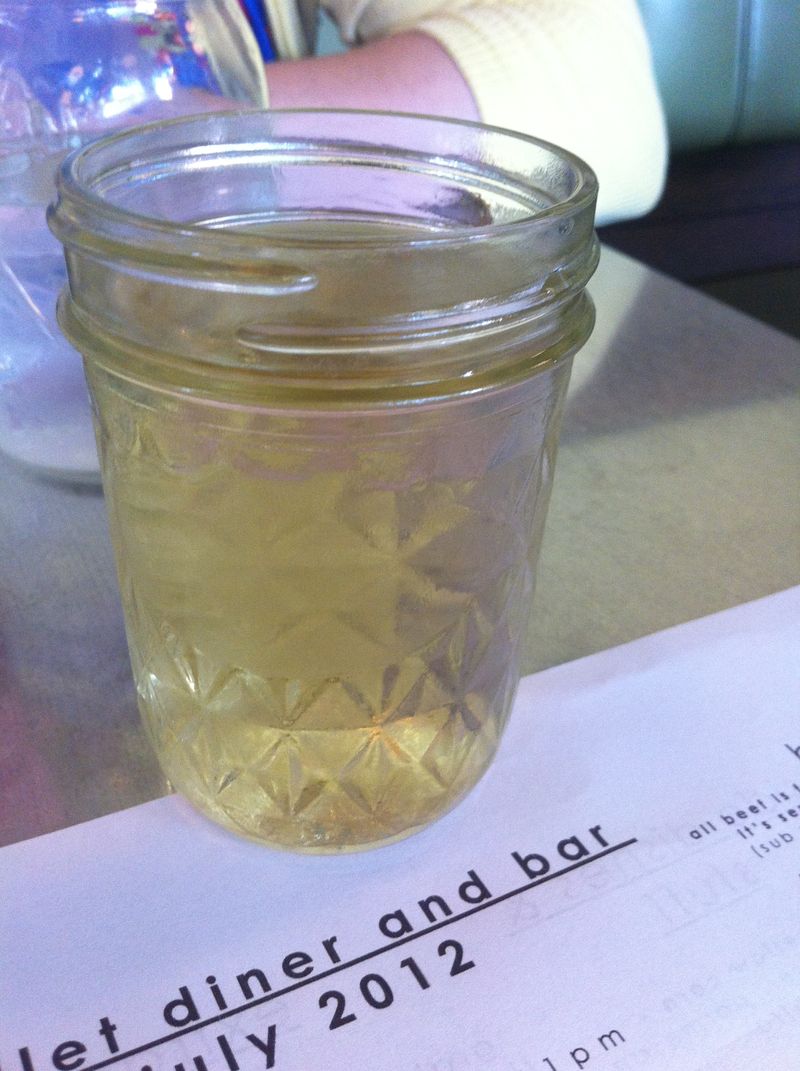 An enjoyable adventure after a tough week.