Recently a good friend of mine was able to bring me over to the world of raw oyster eating.  As we live in the last vestige of phenomenal fresh oysters in the United States – I guess it was time that I embraced this encrusted bivalve and dove into the half-shell pool. 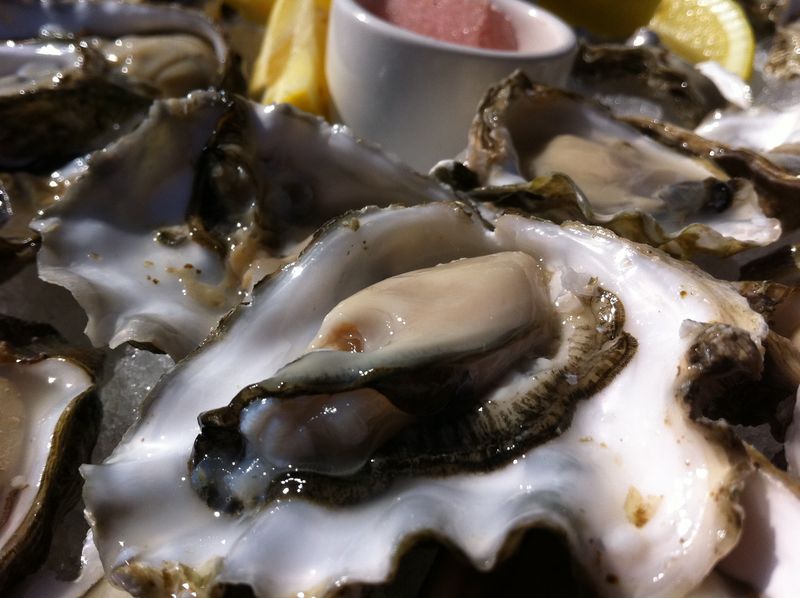 The oyster reminds me of Biology class in high school – we disected bivalves first because they are the lowest in the animal phylum with one tube and two valves that filter the nutritious algea that flow past them.  This filtering aspect of the animal is now what makes its aquaculture popular.  Farmed oysters or bivalve aquaculture – unlike the farming of fish – actually leaves the area around the farm cleaner thanks to the filtering nature of the creature itself.  Thus, they win the title of sustainable seafood – at least the farmed varieties.

On a nutrition level shellfish is high in iron, B12 and zinc – with about 50 mg of cholesterol per 3-ounce serving – which is substantial but somewhat balanced with the omega-3s also available from the food.  The result is that even though I live in an oyster mecca I will not eat them everyday. 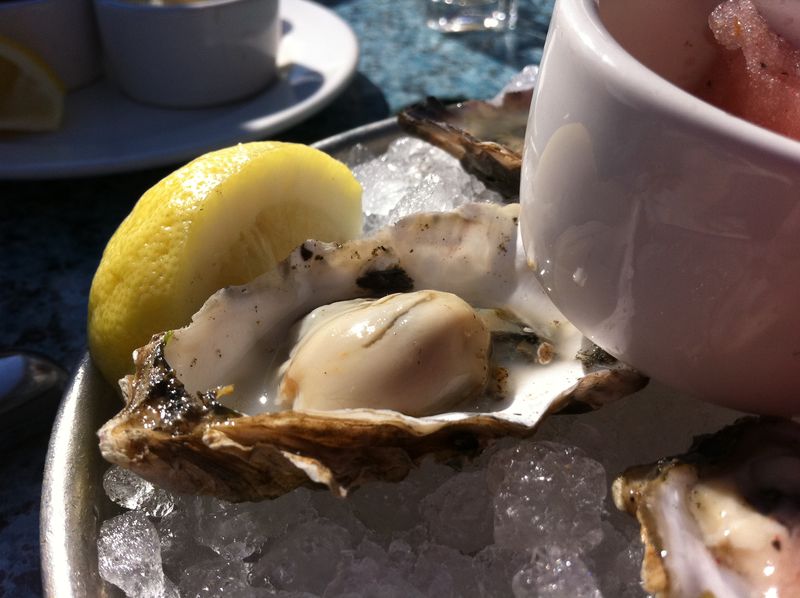 If butter were an animal it would be an oyster.

If you are in Seattle in search of oysters you should check out the progressive happy hour at Elliott's Oyster House. Get there before 3pm so you are poised to get seating (first come first serve) for the 50 cent half hour – followed by the 75 cent half hour – progressing into a $1 or more per oyster until 6pm.  If you order a dozen or so at a time you get a wide sampling of oysters from all over the Puget Sound region. 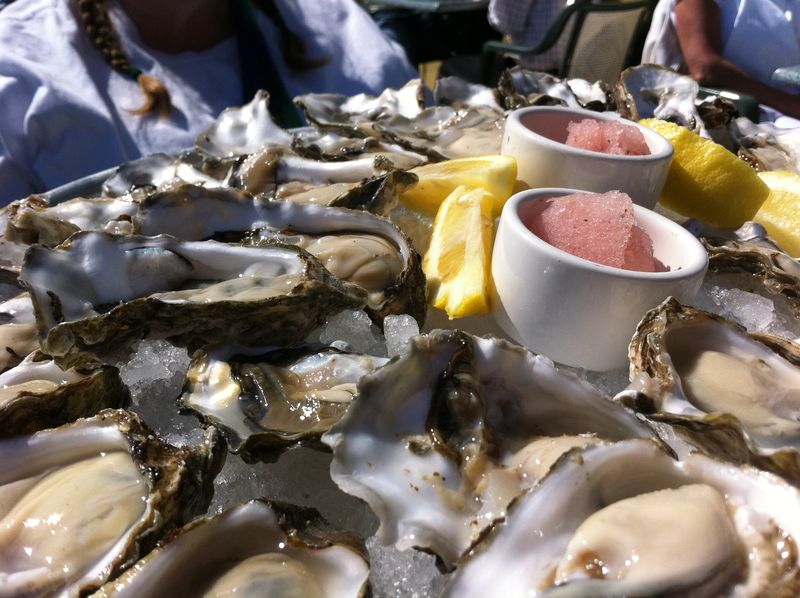 The photos in this post are from one of Seattle's only nice days in late May with guests from landlocked Wyoming.  A perfect occasion to engage in some sea kissing.