Saturday morning arrived in Inverness and I realized our trip was officially more than half over. One can't whisky taste forever, as much as one might want to. It was time to prepare for our final leg of the journey which involved some tourist shopping in Inverness and a drive to Speyside (our last whisky touring destination before we hit Edinburgh and fly home). 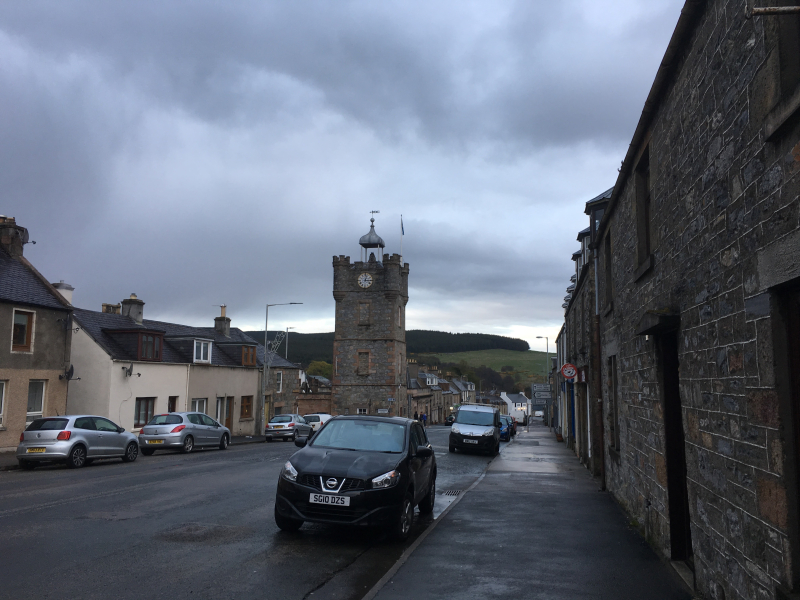 We got up early enough to grab a bit of breakfast in town at a spot not far from the Victorian Market where there were supposed to be phenomenal whisky chocolates. I had salmon and scrambled eggs and a scone – they were lovely, and the table was so bright. 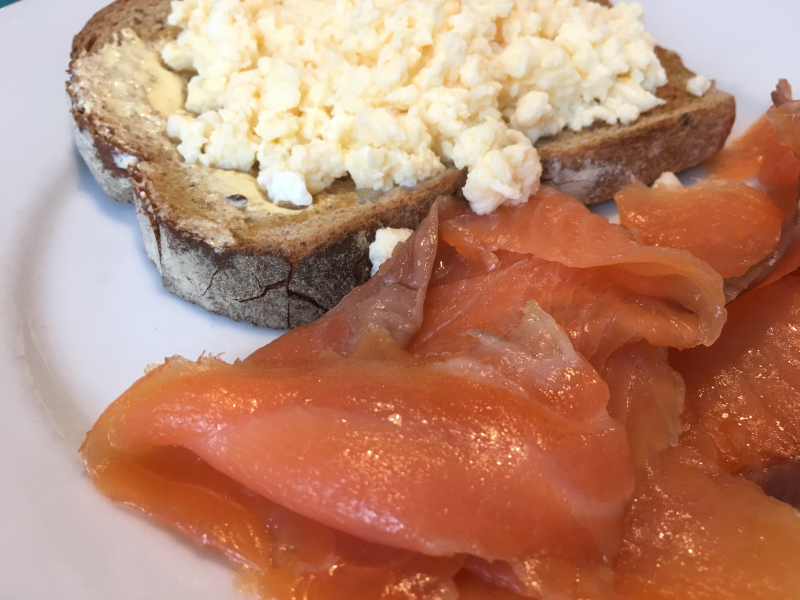 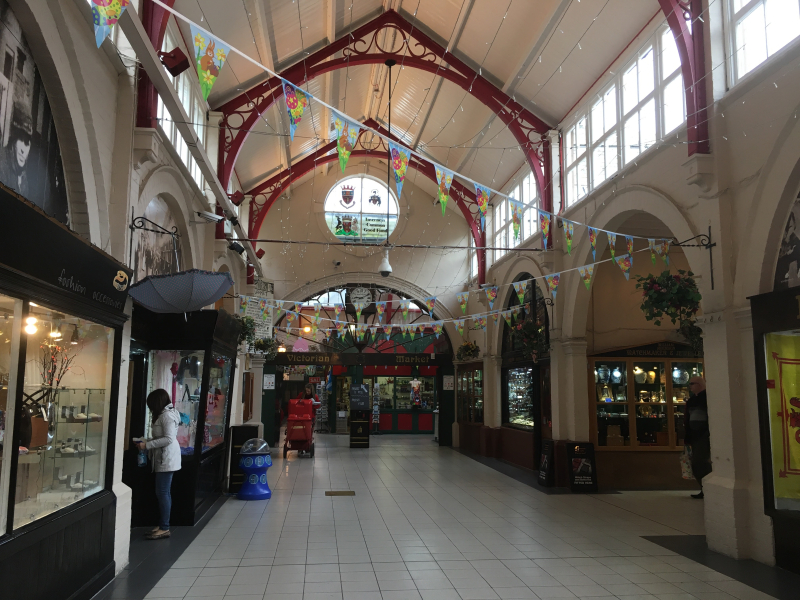 At the Victorian Market the whisky chocolate shop was closed but the tourist shops were open so I was able to complete my trilogy of traditional purchases and bring a new member into my stuffed animal family – introducing Harry the Highlander Cow. 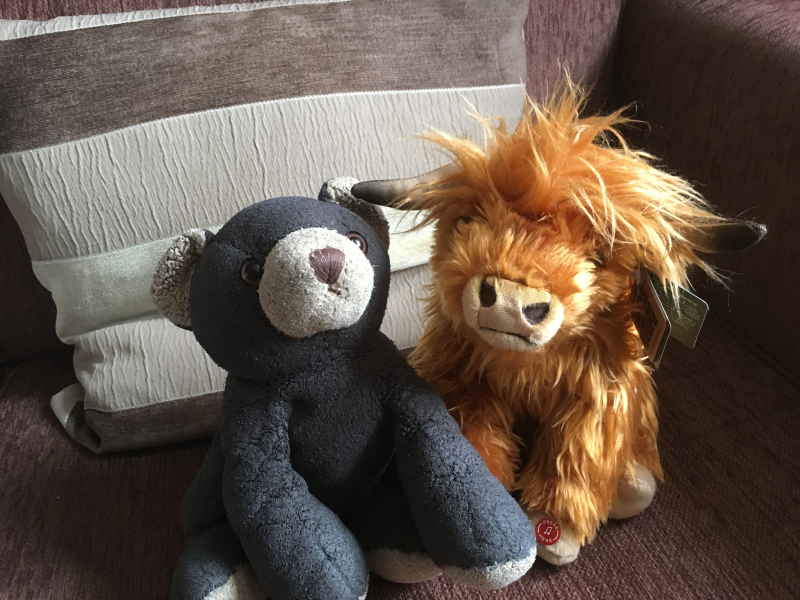 The weather report was also predicting snow in Speyside so John bought a sweater at the local wool shop and we were ready to be on our way after loading up the car with our luggage to head to The Macallan in Speyside where we were meeting friends from Edinburgh for the tour and lunch. 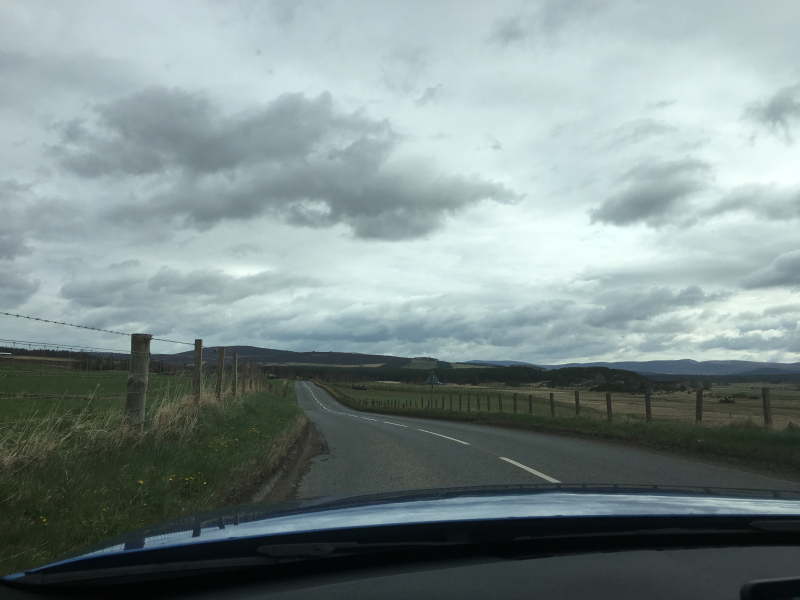 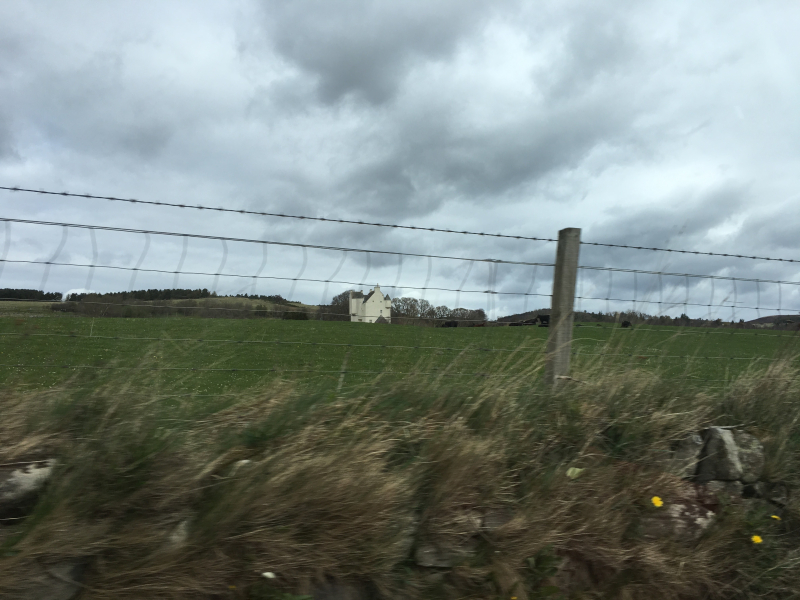 It was a very nice and sunny drive out to Speyside and took us exactly the amount of time the satellite navigation system said it would in our fine large blue BMW. I'd say that we blended in because other people drive Beamers, but that is not really the case in the countryside of Scotland. 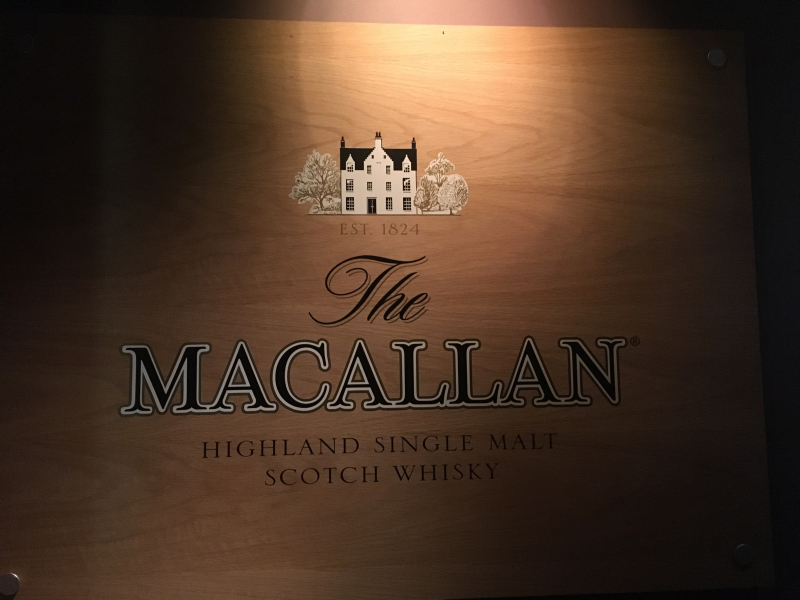 We got to The Macallan just a wee bit early and turned into the wrong "main entrance" to find a ginormous construction site. It turns out that The Macallan is the talk of the region as it is building a brand new facility into the side of the hillside with all green engineering that will double its production capacity. You can see the green roof here with the triangular shiny things on it through the fence. 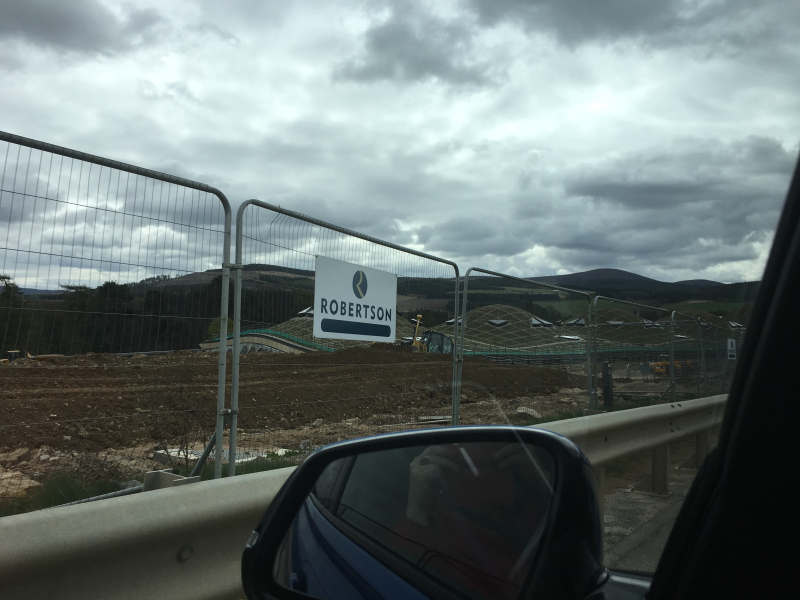 The Macallan is a very large facility already – dwarfing the distilleries we saw thus far in the journey by more than 10 times the production (coming in pre-expansion at 10.1 million litres per year, post-expansion estimated 25 million litres per year). Its tour process and visitors center are also very tourist and marketing focused – you can of course ask any questions you like but take no pictures except in the well curated adult education centers that exist along the way. 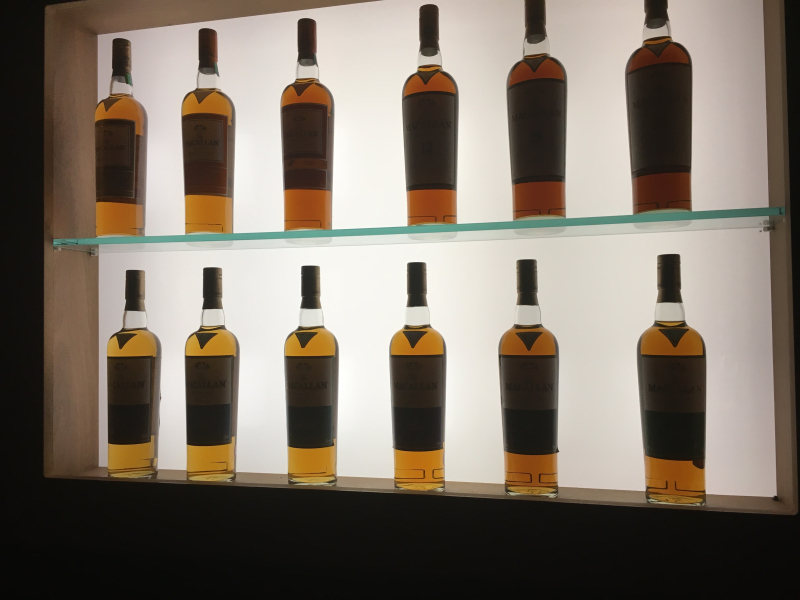 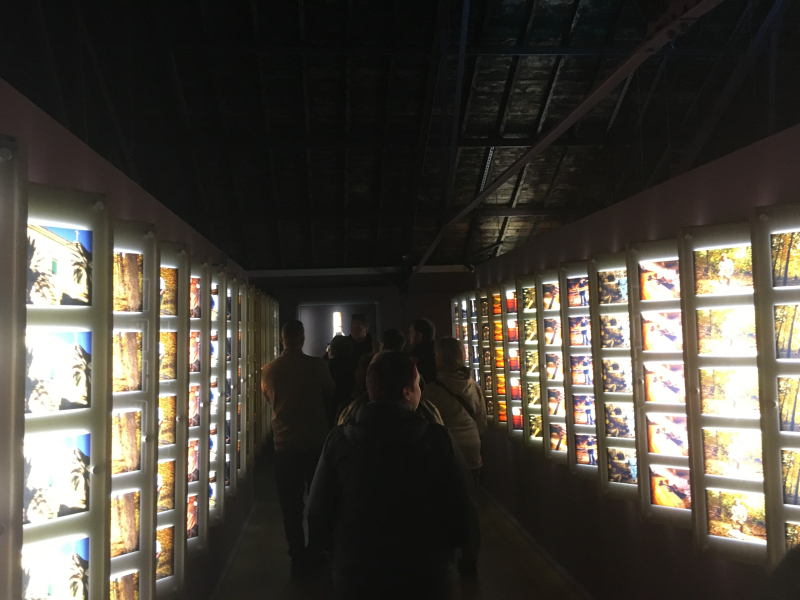 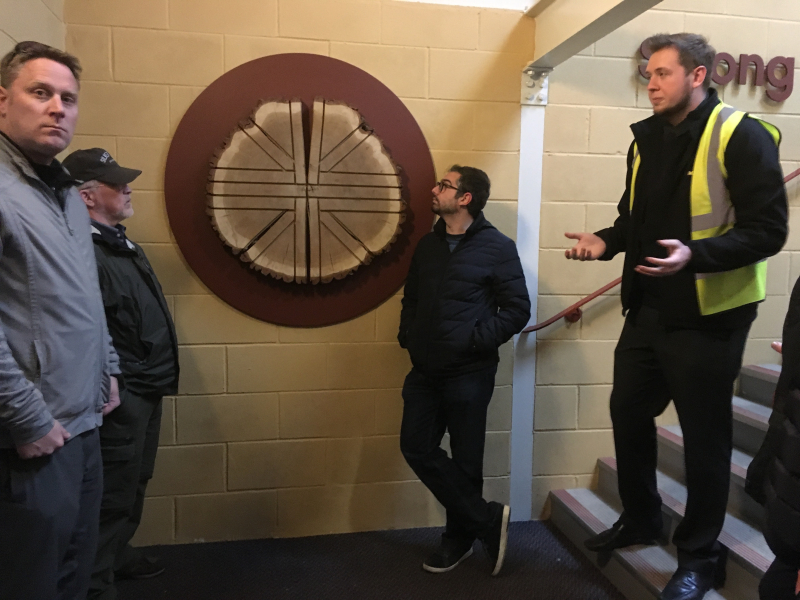 The Macallan tour focused a lot on its 6 pillars including the wood that make its oak barrels.  Unlike any other distillery Macallan purchases the wood for its barrels and has agreements with a sherry producer whose coopers make the sherry barrels then pass them on to Macallan after 3 years and 2 Bourbon producers who also assemble the barrels from wood Macallan purchases and then send them over to Macallan after one use. At the scale of production The Macallan is at this is a brilliant scheme to ensure a cost effective stream of bourbon and sherry barrels (as all other producers liked to note that the cost of a sherry cask is getting higher as the popularity of sherry goes down). 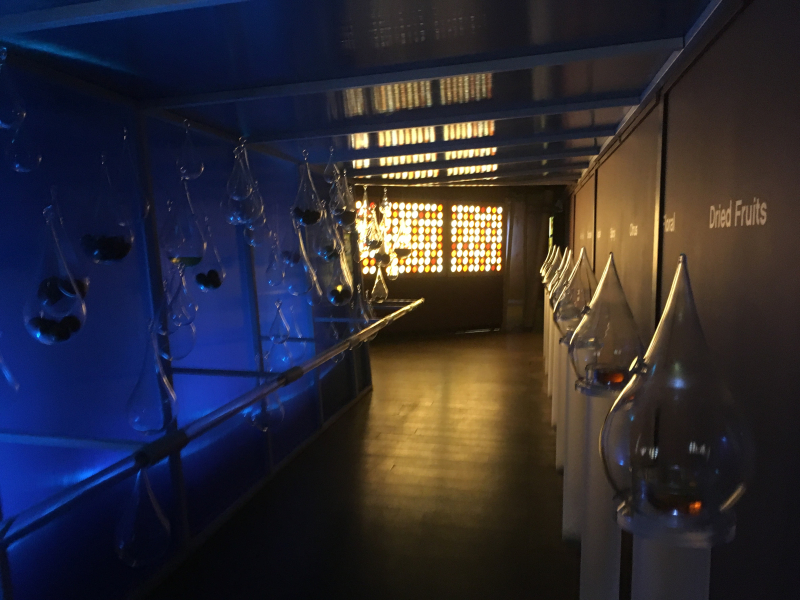 They also created this Disneyland for the nose experience to attempt to teach people how to nose whisky and think about the taste and flavor of Macallan's product. At this point we were almost two hours into the tour and my feet hurt from all of the standing and listening to adult education about wood and coopering,  I was looking forward to a relaxing tasting. 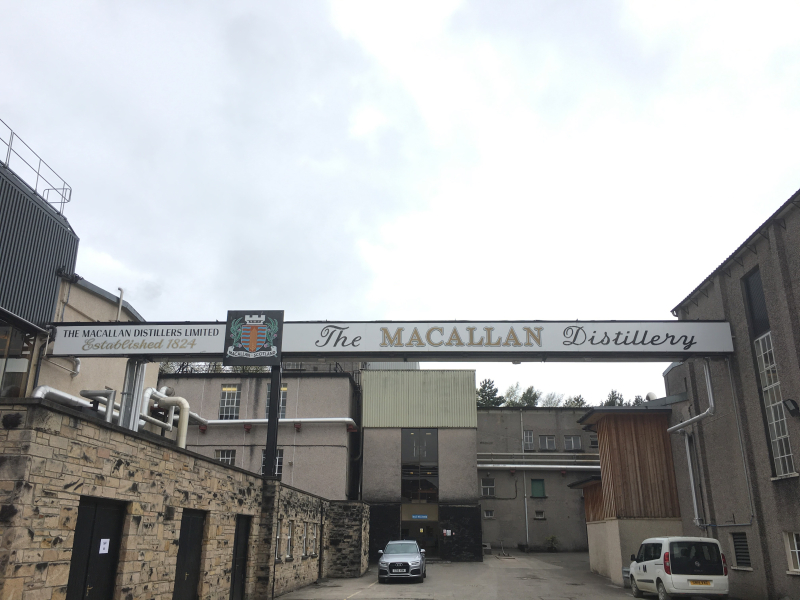 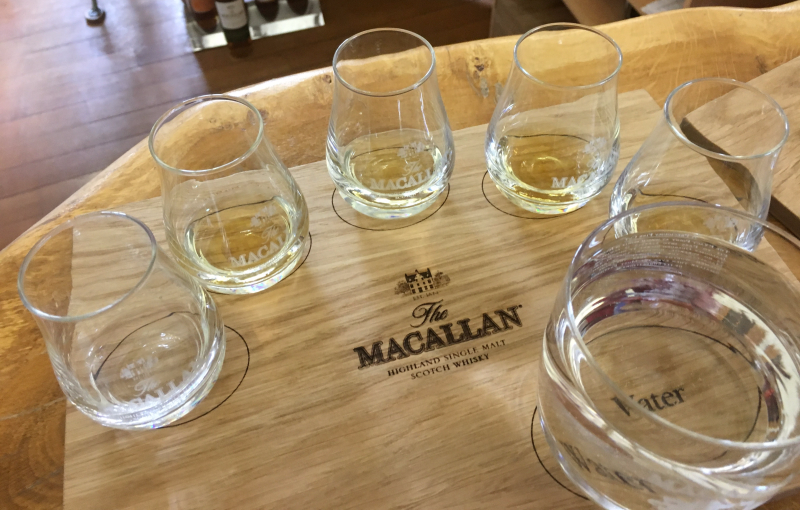 Which we got, sort of – they speed rounded us through the tasting notes with everyone taking just a sip of each and then they hurried everyone up to put the whisky into little plastic bottles with a lecture about drinking and driving. I wasn't driving so I wanted to finish mine slowly, but no go as they started clearing the glassware before I was even finished with my few wee drams. Apparently, there has been a crack down in the Speyside area because of the level of tourism, and the blood alcohol level is so low you might as well not sniff a fume of alcohol to reach the legal limit. It is all well and good because whisky is a strong alcoholic beverage and no one should be driving after a sample tasting even if they think they can. The acceptance of these rules was an interesting cultural difference from the United States however, as there was just a respectful compliance and acceptance of the rule passed. 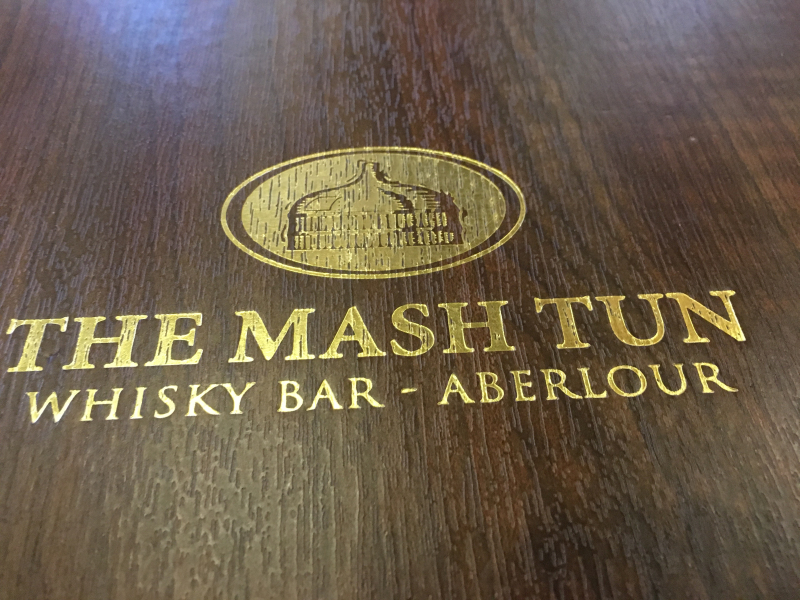 After the tour, we plus John's friends from Edinburgh, went to lunch at the Mash Tun – a circular shaped restaurant and bar down the road in Abelour. There was a version of haggis I hadn't tasted on the menu so I had to get it as my starter, which I followed with a 1/2 burger that I was amazingly able to eat most of. 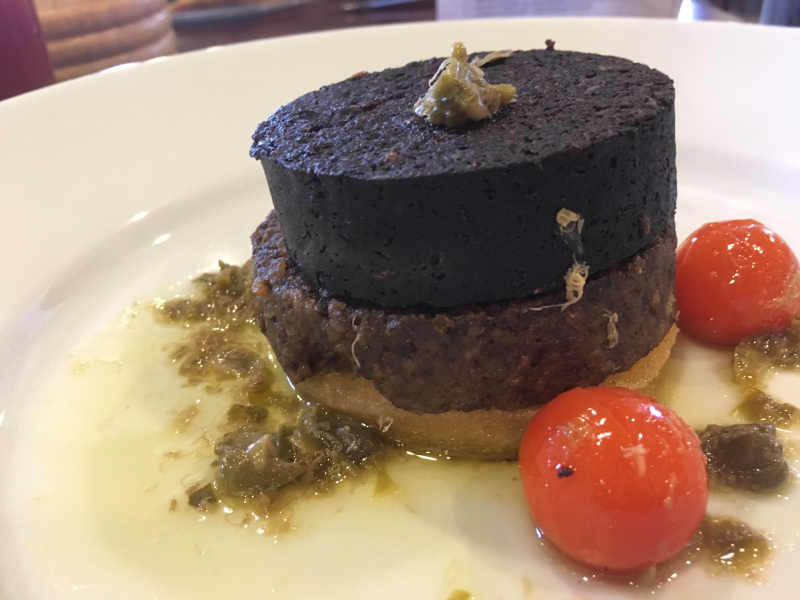 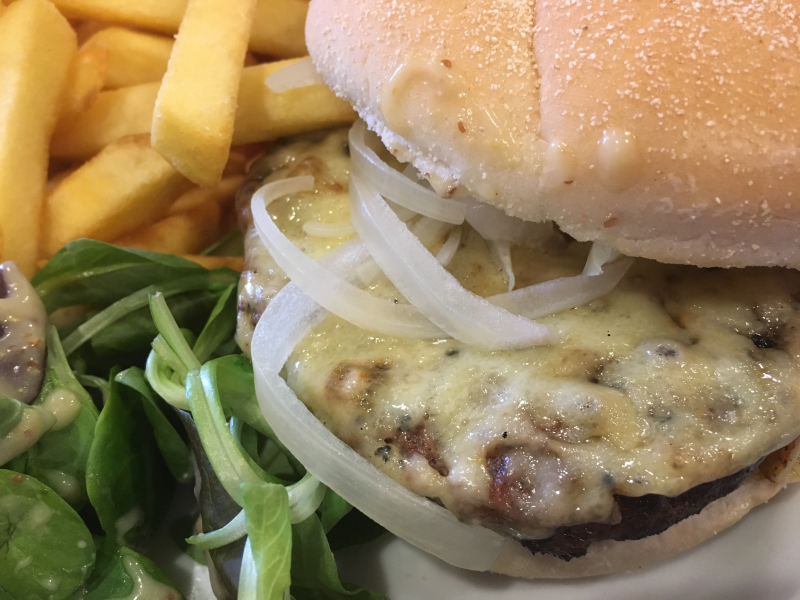 We had a slow fun lunch chatting away about many a thing and then we headed toward Knockando distillery where the friend used to work managing production. We got a short inside tour of the facility pre-whisky festival as they are usually not open to the public except for those five days out of the year starting April 27. It was obvious the difference between a distillery that welcomes visitors and one that does not. Both are working facilities but none of the prettying up and labeling of anything happens. 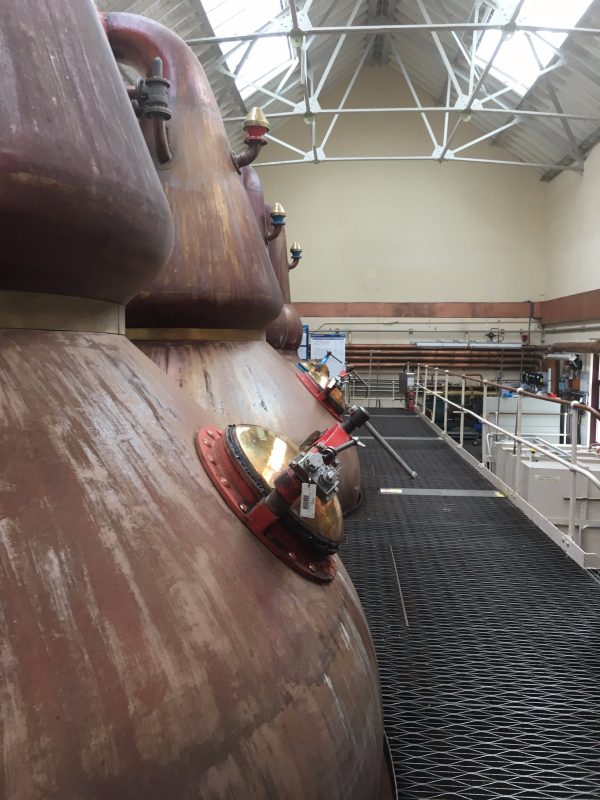 We said our goodbyes and made plans for meeting up in Edinburgh in a few days after our Speyside adventure and headed for Dufftown to check into Castleview Bed & Breakfast. We were expecting it to be in Dufftown, but its actually just a couple miles down the road. Luckily, thanks to internet we found it as the address was very vague. We were greeted by a cat named Bo and Betty the innkeeper and settled in to our room. 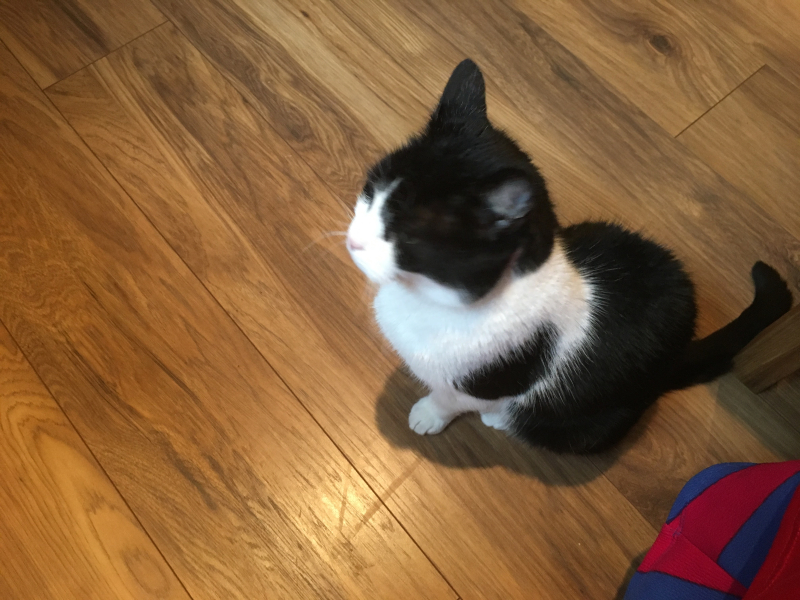 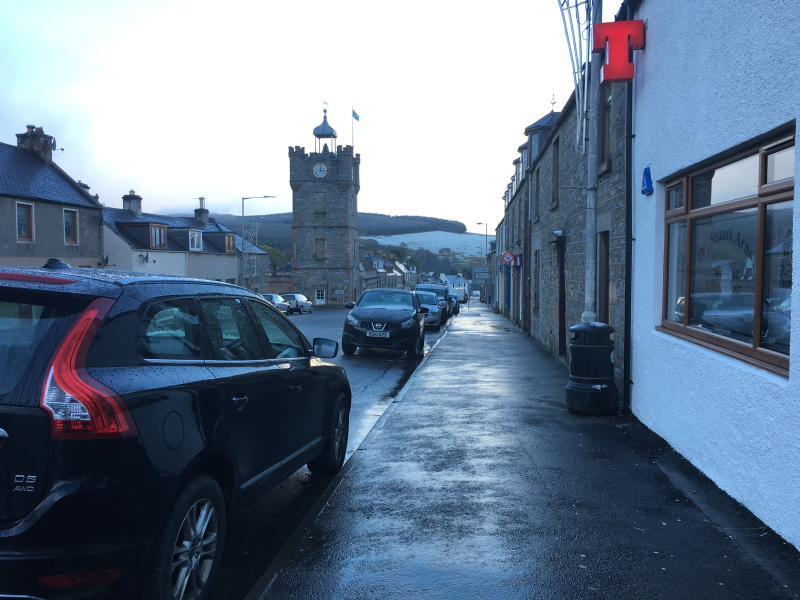 Wanting to taste a few drams in town we called the local taxi service to drive us into Dufftown from the B&B to the local pub restaurant called The Stuart Arms. I finally ordered fish and chips after over a week in Scotland – and it was huge and delicious. The flakiest fish and the lightest perfect batter with a salad and a giant pile of peas. 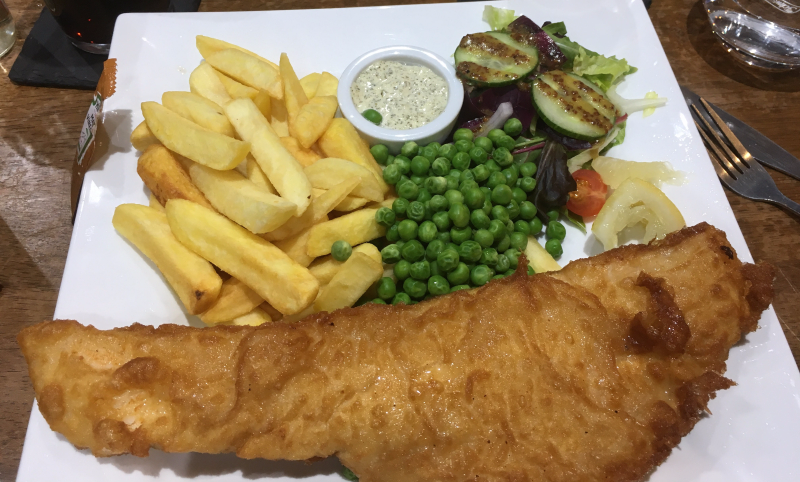 For dessert – whisky. At the Stuart Arms you are instructed to just walk up, have a nose, then place the bottle you want to the right of the cash register and Tizzy will bring you your dram. We had our fill trying things from the Speyside area that we never see in the US before calling it a night. Tomorrow would be new ground to cover.