It finally came, the last day in Speyside and my whisky tour of Scotland. I awoke to a skylight completely covered in snow. There was no denying the night before had been a blizzard in late April and it would not be prudent to go driving around in the mountains to visit one last distillery. 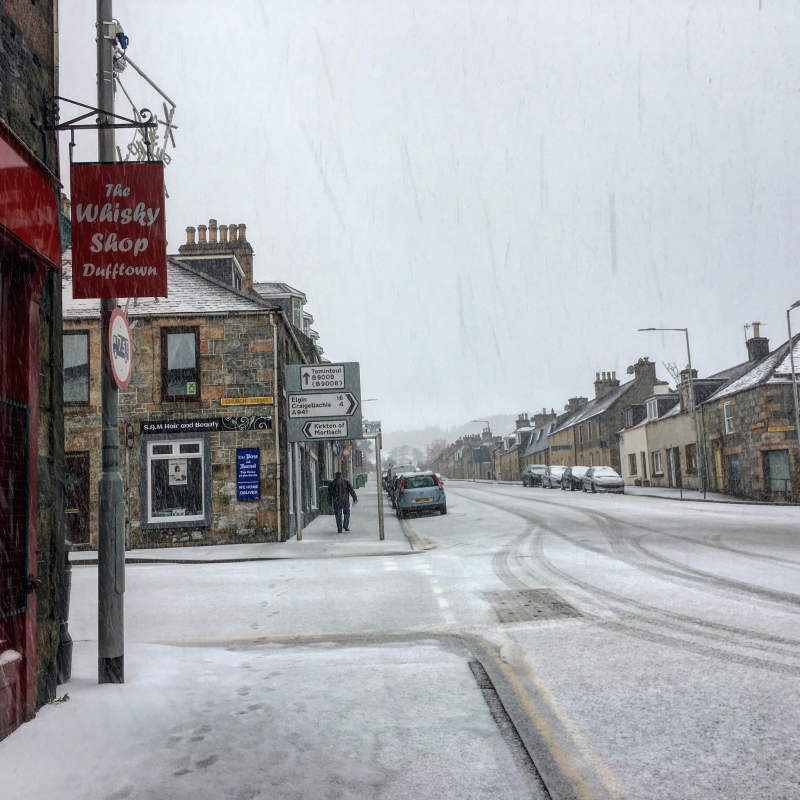 It did open us up to be able to go to the Speyside Cooperage however, filling in perhaps the final blank of the scotch making process – the care and feeding of the barrels and casks that home the whisky for 3 to 50 years. 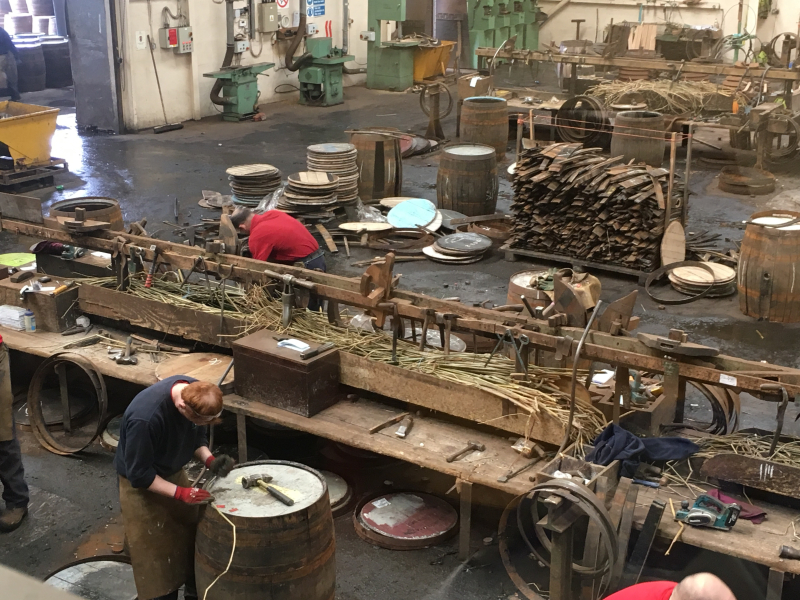 Coopering is the ancient craft of making and repairing barrels and casks. Barrels used to be the primary means of storing and shipping everything from fish to butter to water to booze – so coopers were once a very widespread and needed job.  They are still needed for the wine, bourbon, sherry and whisky industries today, but beyond that there is obviously no longer the demand as storage and shipping container technology has changed dramatically. 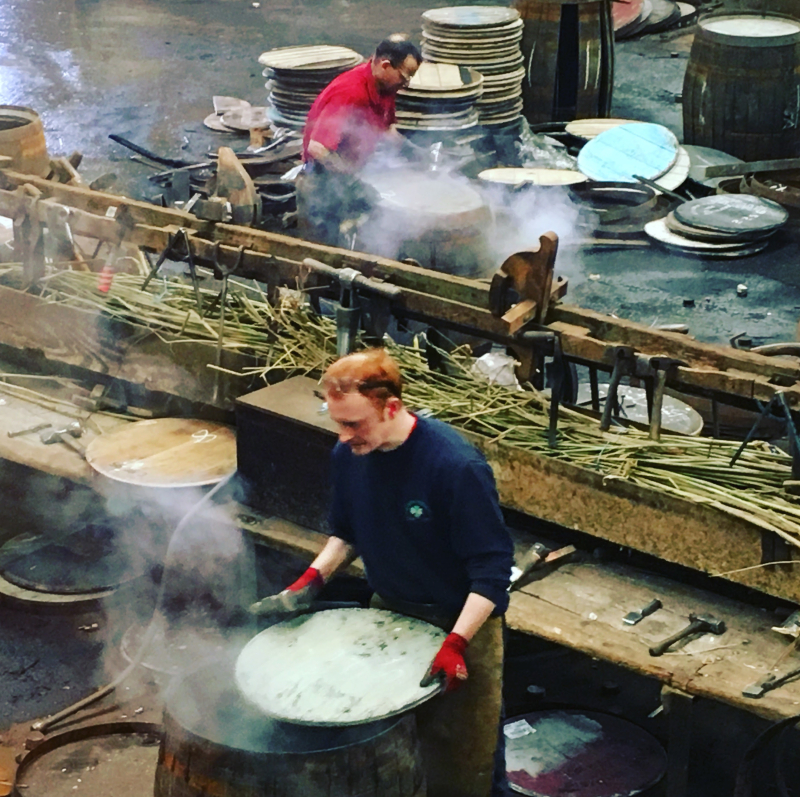 Speyside Cooperage takes in 4 apprentices for a 4 year program, roughly every 4 years. If the apprentice makes it through the program and passes the test they have a guaranteed job at the cooperage. It is a great career path according to the locals who say that coopers drive the best cars, and the importance of keeping a dying art alive. Coopers are also paid by the barrel so the faster one works the more he gets paid. And it is hard skilled work. The making and repair of the barrel is often the forgotten art of the whisky industry but it is so important for the unique flavor that each distillery imparts. 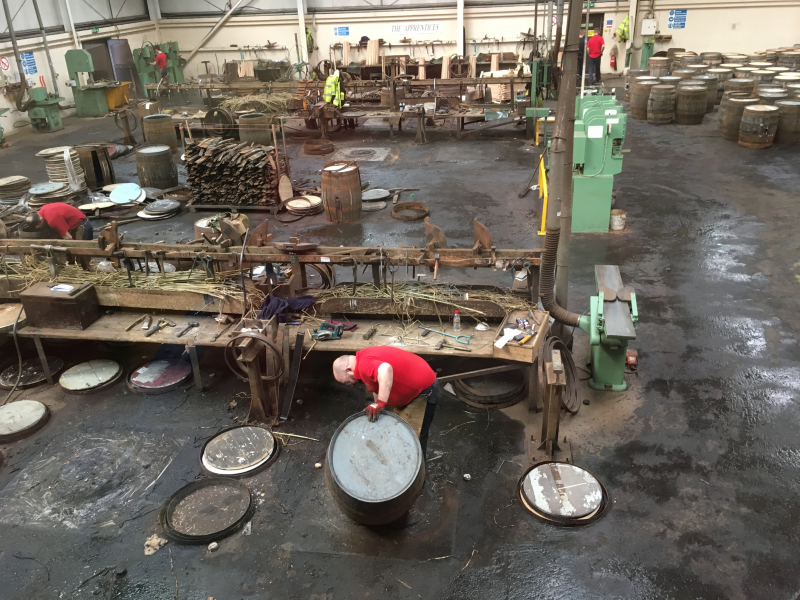 It is a multi-step process:

Absolutely no glue or solvents or anything is used to assemble a barrel. The top is put on using a reed and pounded down. It is pretty amazing to watch the men work. What we watched was the reassembly and recharring process of old casks, but the young apprentices were actually making new barrels the day we visited – a rare opportunity in Scotland. It was time to make our way back to Inverness to catch the train to Edinburgh – goodbye Scottish countryside. Hello train station and the weirdest crisps I've ever tasted. 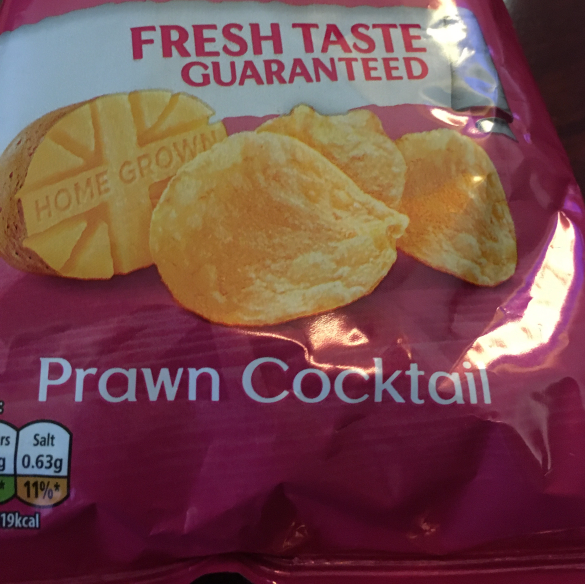 We also explored other train station food but I didn't photograph it because it really wasn't worth the digital space – the pints were good though after the drive in.  And the view from the train was amazing – a lovely farewell to the countryside we were leaving behind. 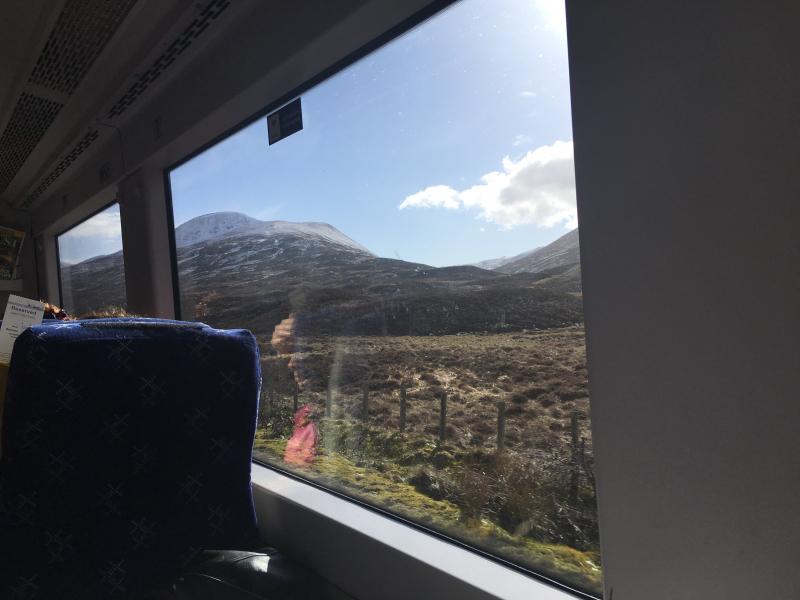 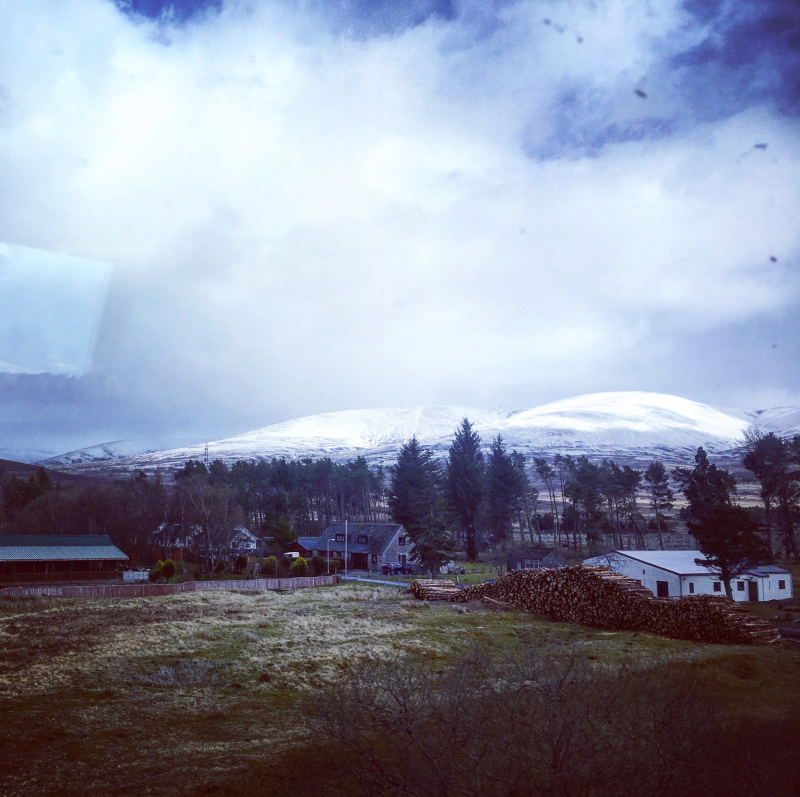 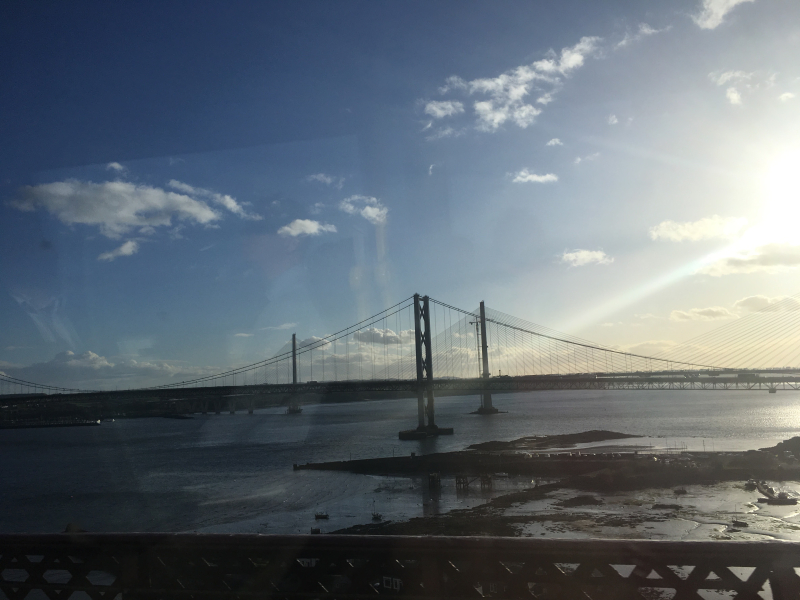 Eventually, the countryside started turning more urban and then the castle was towering over us. 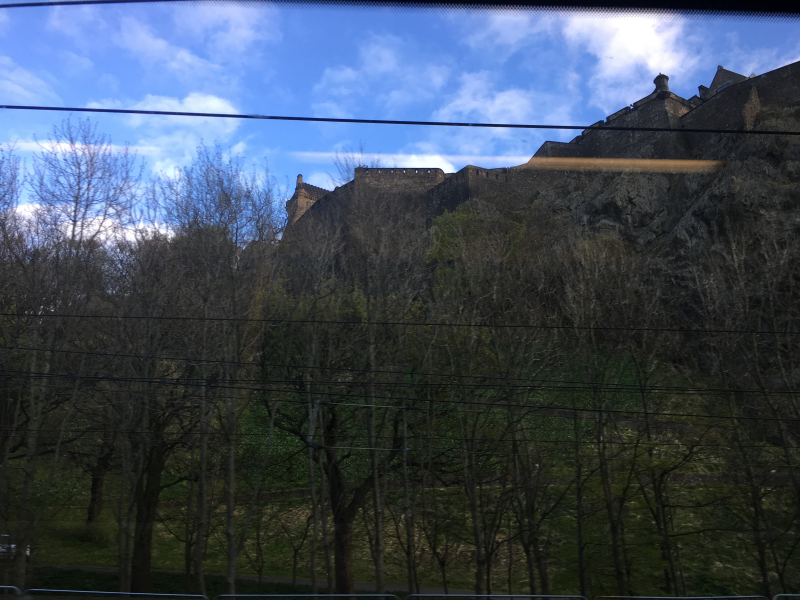 We had officially arrived in Edinburgh – the capital of Scotland. 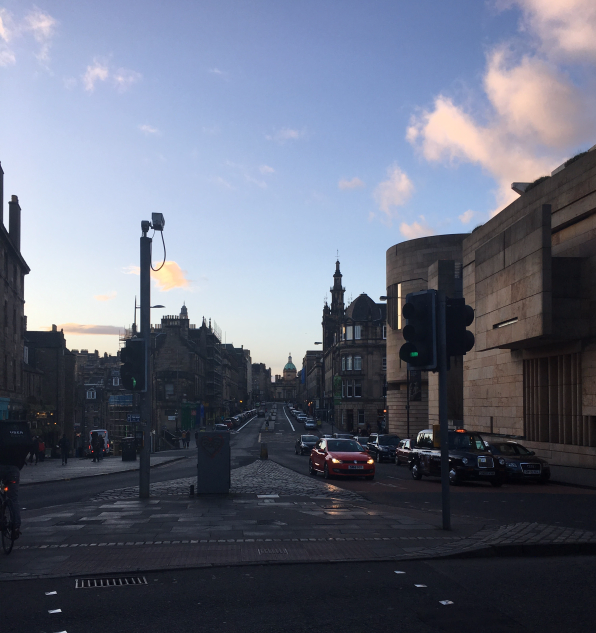 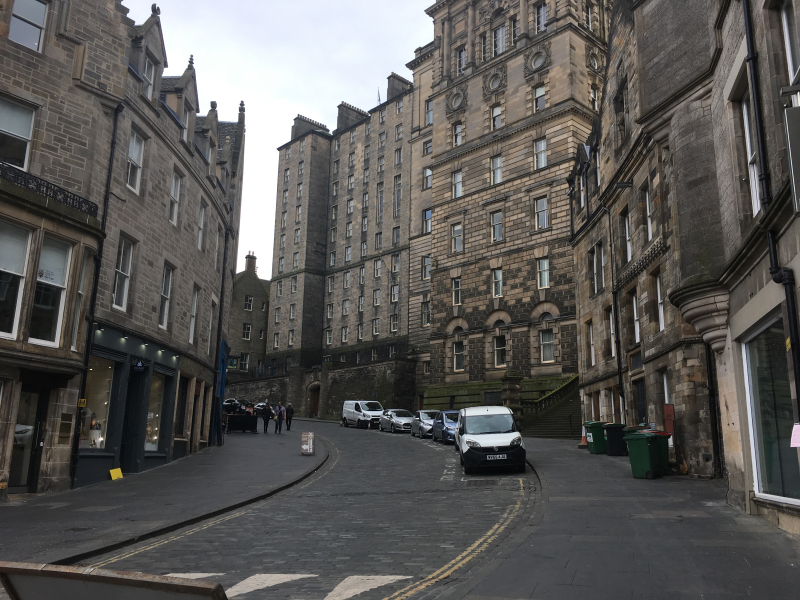 We had plans to meet up with John's friends who lived in Edinburgh so we hurried to our hotel to check-in and find a place for dinner before our night on the town prowling the different high-end cocktail bars of Edinburgh. I was looking forward to this hotel as it was supposed to be a suite that I had found an amazing deal on using my internet skills and status on hotels.com.  There must have been a bleak look of disappointment on my face when we entered the room because the woman who guided us there said "What's wrong?" and I couldn't help but ask, "Is this a suite?" to which she answered "no." And then there were the feathers, feather pillows, feather comforter, feathers, feathers – so we were upgraded to a studio. The studio was at least 1/2 bathroom – as you can see in the photo below, the bath tub had its own room that was as big as my entire room in Islay. 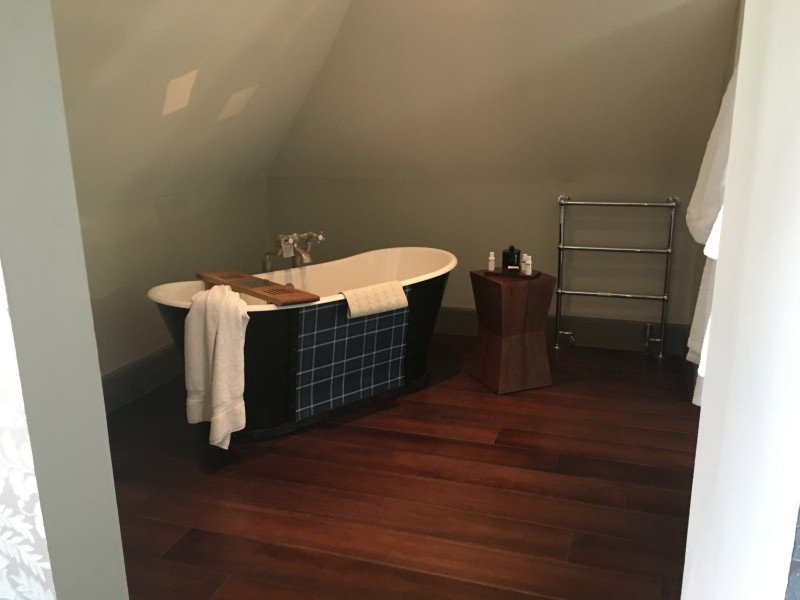 We did not complain and thanked them for the feather removal that was to occur while we were out. 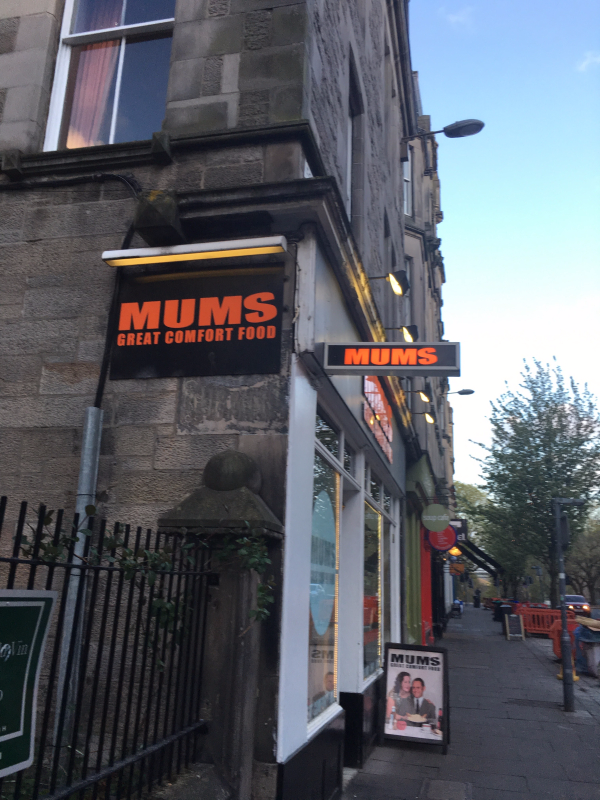 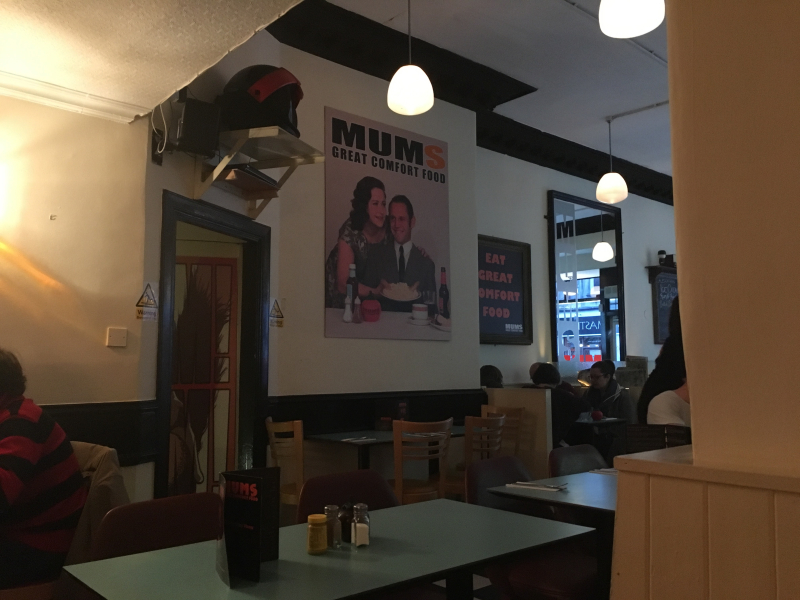 Thanks to pure luck and proximity we scored a hipster Scottish comfort food establishment right next to where we were staying called Mums with the best waiter ever. Who, when I ordered the venison pie, practically gasped in surprise – which I wondered about until the pie arrived. 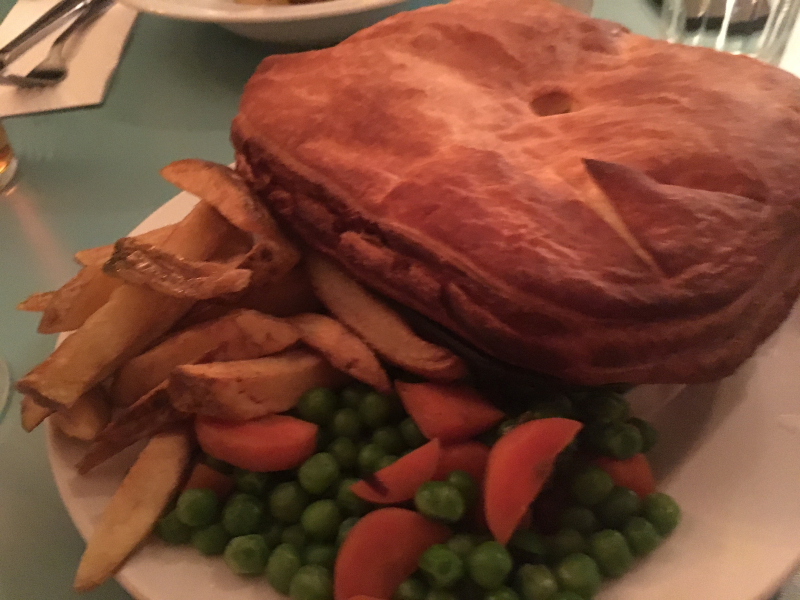 Then I understood, it was gigantic, but was quickly overwhelmed with joy at the peas and carrots that came along with the chips, who still had their potato skins. It was almost a healthy meal. I barely even made a dent in the massive pile of food. 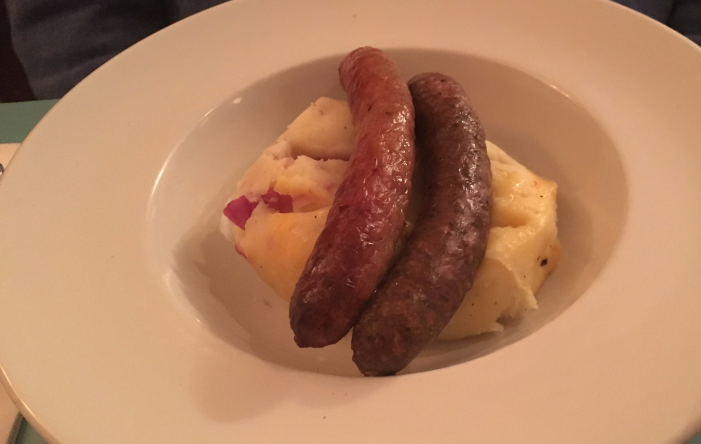 We were appropriately fed for a night of cocktails as we grabbed an Uber to get to our friends location. 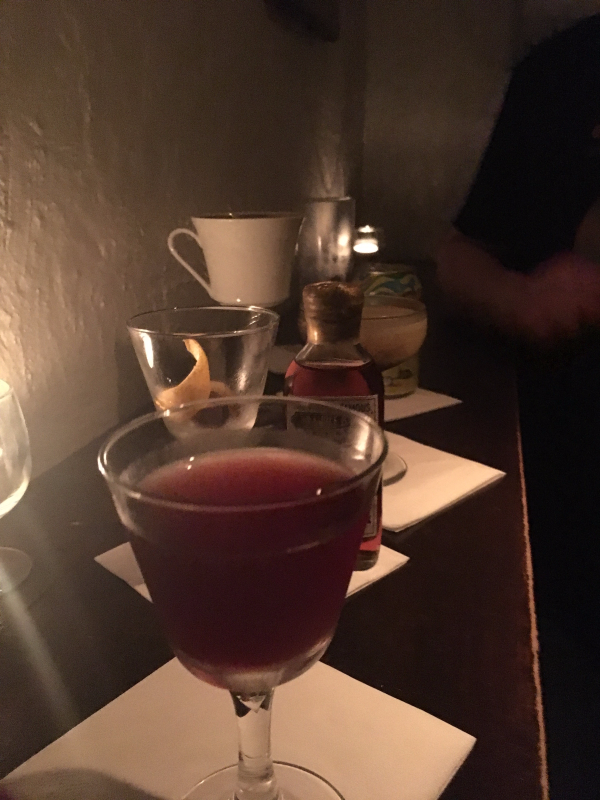 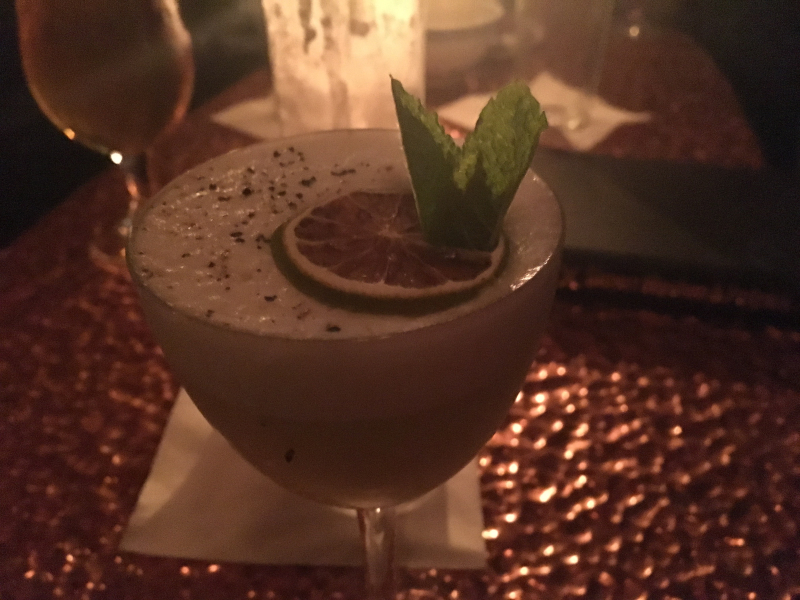 And there were a lot of lovely cocktails to be had at many different establishments each hip and interesting for their own reasons. This last drink, featured above, had avocado in it – yum. However, each cocktail was the "best cocktail ever" for various reasons until it was time to stop because you really can drink too many cocktails in one evening. Especially when you want to be a full-on tourist the next day with miles of tourist things to see and do. 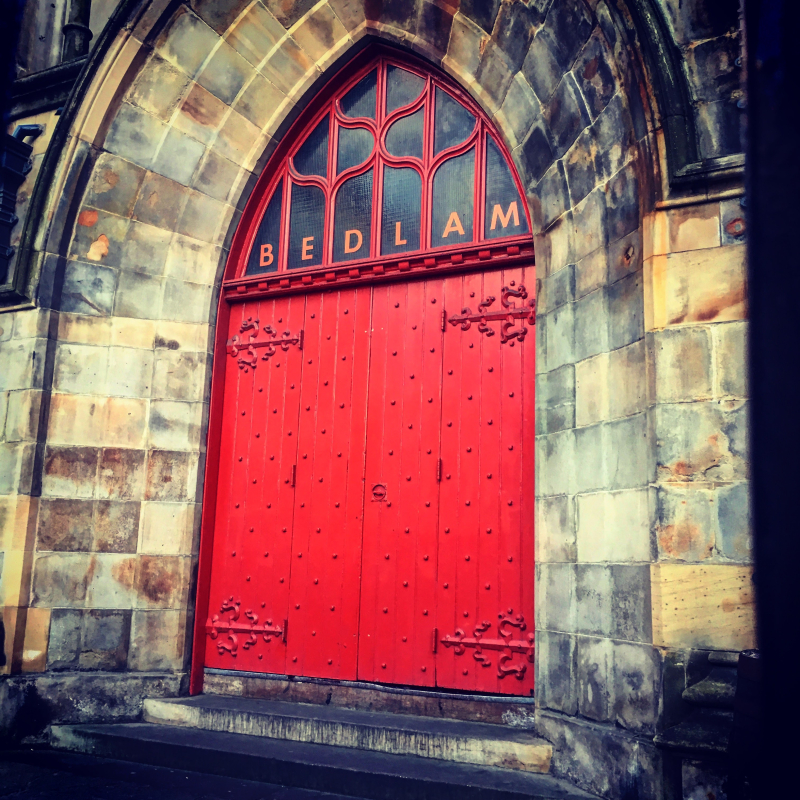