When I awoke in Wick on Thursday morning our guest room was so cold I think I could see my breath. According to the little fact sheet I was about to read Wick is 3 degrees more North than Moscow – so it does not have a mild temperature. Also our Airbnb, although quaint with a lovely host, was drafty and lacked a space heater. 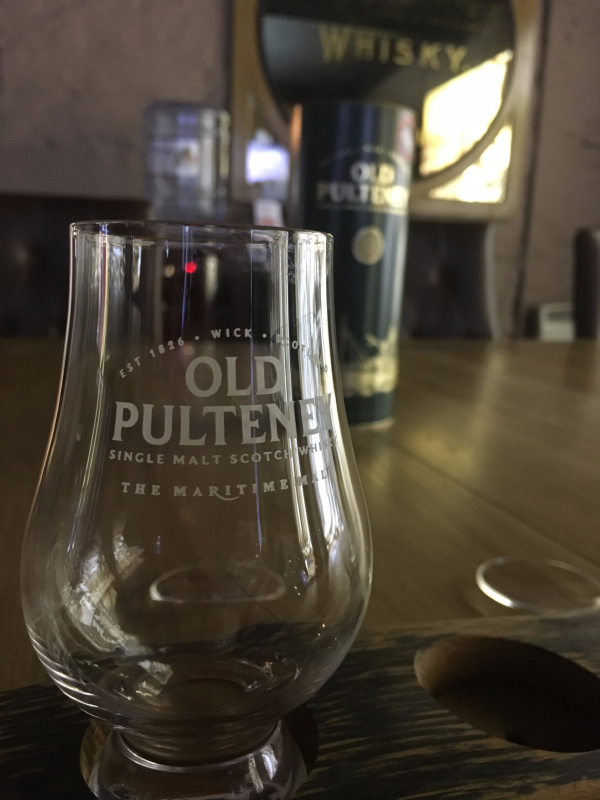 All was well and good however, as we were about to visit Old Pulteney Distillery and get a taxi ride back down south to the Capital of the Highlands, Inverness. 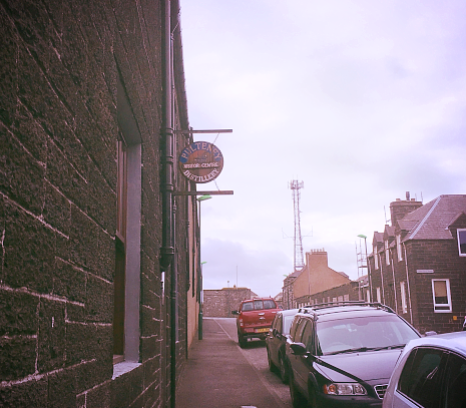 But first I used the brisk morning to nose around the set of historical books that Glyness specifically pointed out were available in the room for our reading enjoyment and Wick historical education. As there was no functioning wifi for me to write this blog with – it was a good opportunity to page through some of the interesting history of this location. 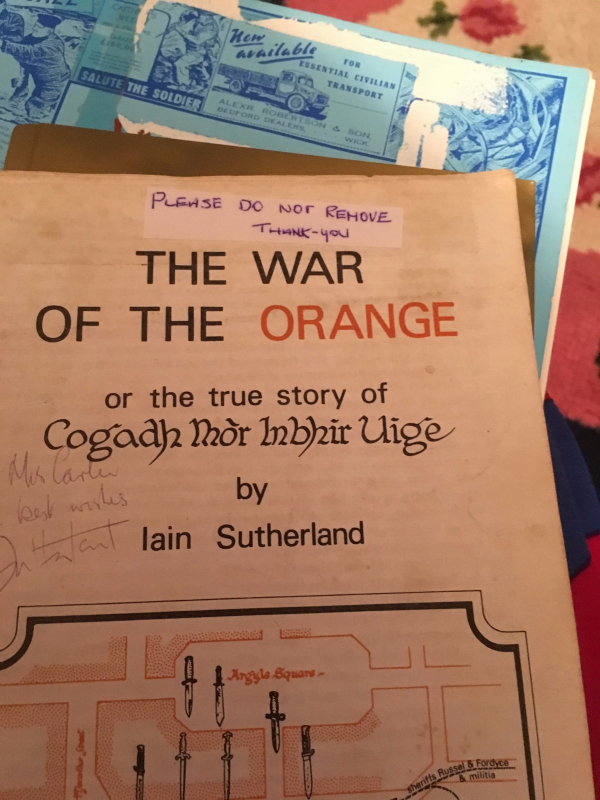 I read about The War of the Orange, a series of unfortunate events that led to all out rioting between the local law enforcement, townspeople and some Highlanders, that turned into three weeks of on and off violence including 14 stabbings and a long drawn out newspaper philosophical battle. One newspaper preached tolerance for the Highlanders coming through town seeking work in the fishing industry (as a result of the Clearances pushing them off their traditional family lands) and the other saying that tolerance of Highlanders only leads to blood and violence. The town itself, according to the little book, recovered from the incident quite quickly and relations between civilians returned to normal no later than the following fishing season (just like they had always been before the incident) but the newspapers kept it going for some time. 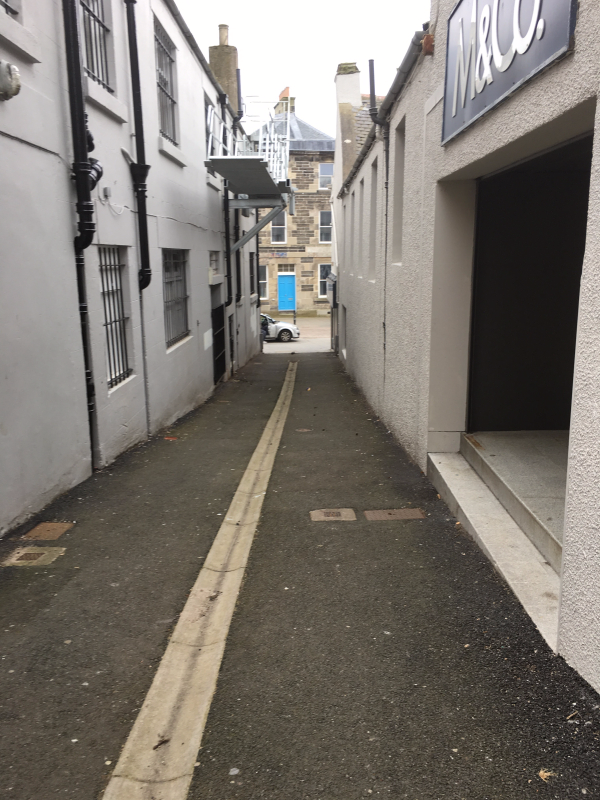 The war of the orange started in the town square when a young Highlander man bought an orange and walked down Tolbooth Lane (pictured here and the address of our Airbnb). He tripped and let the orange roll into a fellow from Pulteneytown who was bigger and did not want to give it back to him. They started fighting and the young man called out in Gaelic to a couple other men he knew, and one of them hit the Pulteneytown boy and got the orange back but by then, as if a signal had been fired, the town square erupted into a full blown brawl wrecking the sellers stalls and drawing a crowd of hundreds of people. From there the mayhem ensued including the clothes of the man who hit the Pulteneytown boy being ripped off as his Highlander brethren tried to get him out of the grasp of the arresting police, followed by an angry mob of Highlanders surrounding the jail, rocks being thrown, thousands of people crowding the square, special police being called in etc. 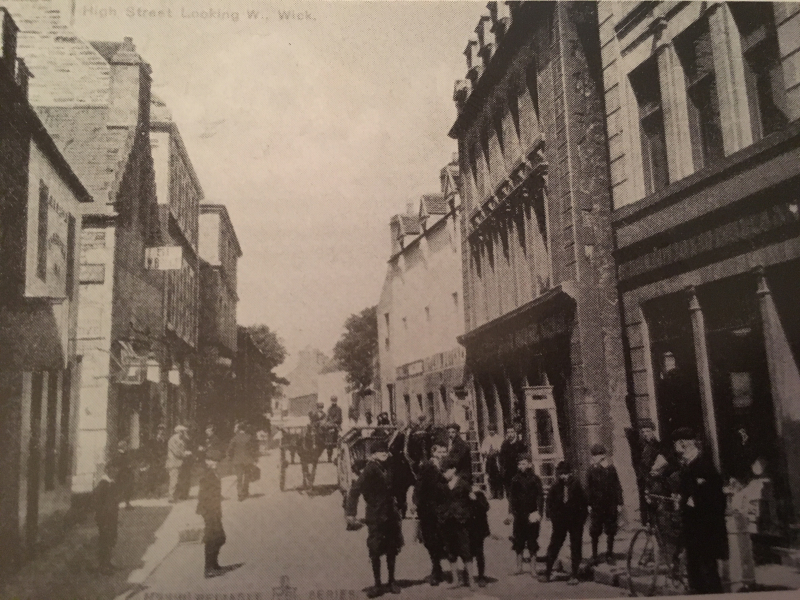 It was quite the account and made me wonder if this incident proceeded the reputation of Wick being a "wild" place of rough and tumbling men. Reading the account I learned the following facts about Wick and Pulteneytown of days past. Over 1000 boats would be in Wick harbour in its heyday at the height of herring season. Some men who would come to work on the boats would walk across 100 miles of moor to get to Wick if they were coming from the more inland areas. About 3000 women (or fisher lassies) would come to town to gut the 25 million or so herring that were brought in. The population increased from 6000 to around 14000 during the fishing season resulting in serious lodging issues that put about 12 ladies to a room that was meant for 4, and the local people absorbed about 7000 lodgers. 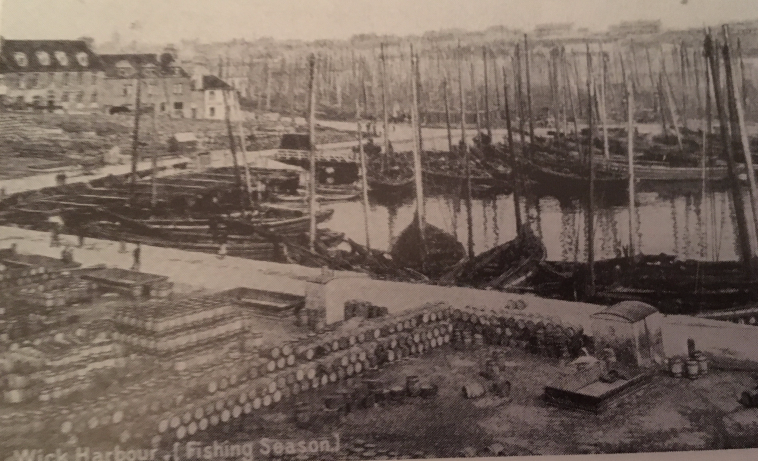 A large percentage of the Highlanders in town were practicing Christians in the Free Church that included Saturday evening prayer meetings by ministers who also traveled to Wick during the fishing season. With the Highland Clearances there really was not any other work for the men and it was either try your hand at seafaring (to which there were many casualties) or go to the cities for other meager work. 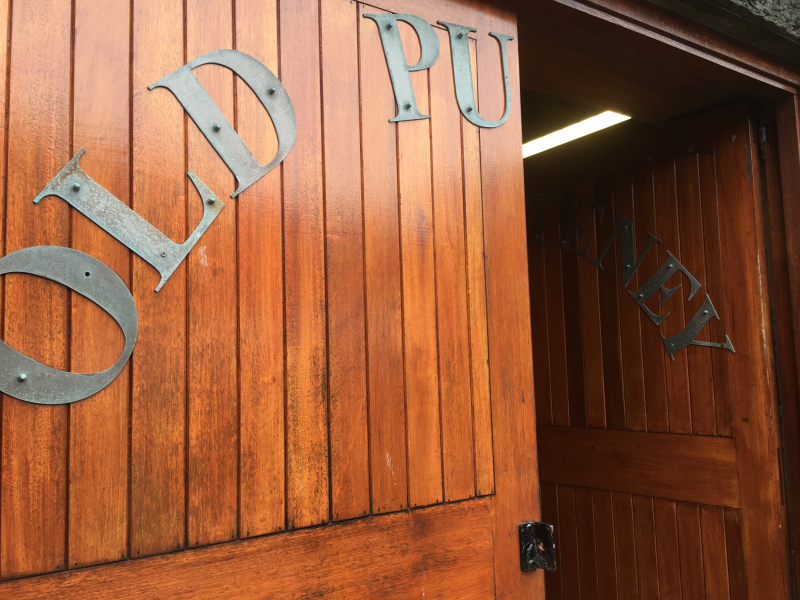 Interestingly enough, Wick and Pulteneytown had its own prohibition from 1922-47, longer than United States prohibition, and only in Wick. As a result, the gold i.e. the whisky of Old Pulteney distillery, was shut down and "mothballed" in 1925 after running since 1826. Mothballed is the term for just closing the doors on the distillery and doing nothing with it, with no plan to do otherwise. 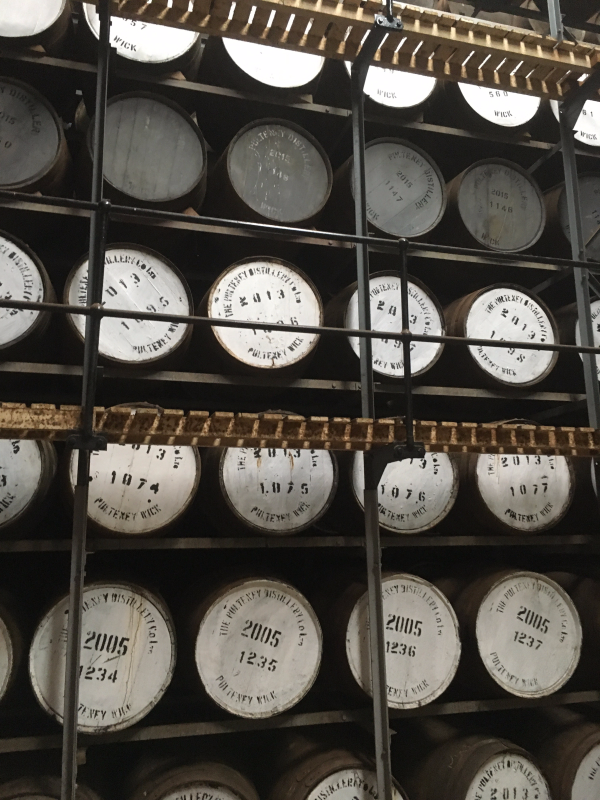 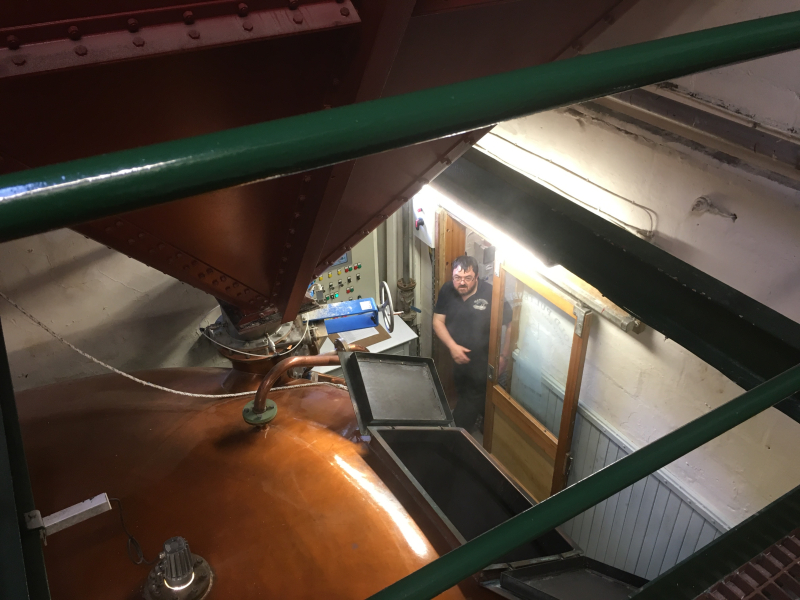 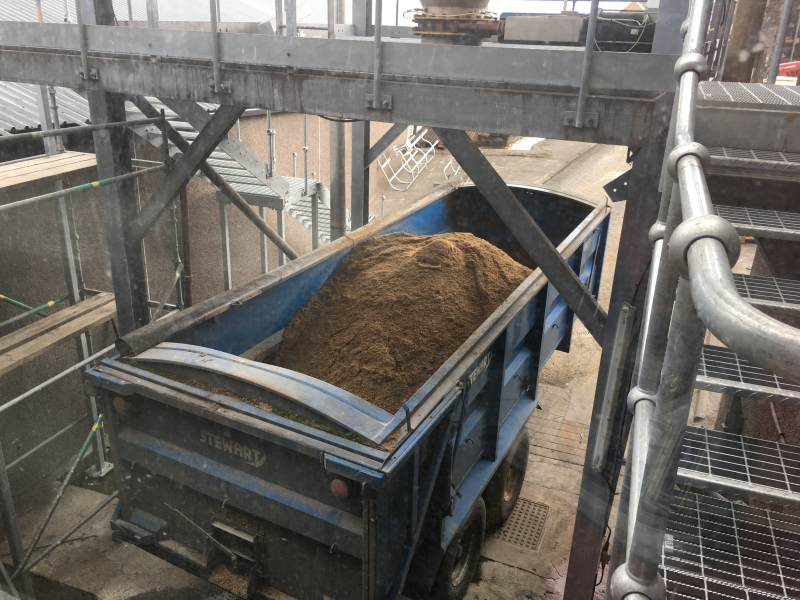 The Old Pulteney distillery tour was different for us in that one – we were the only people on the tour with our lovely young tour guide. And two -she also showed us every part of the distilleries processes including the pile of draff that remains after the mashing process and how the water from the river is ported down and cools the whisky from the tiny distilleries two stills. The distillery was built strategically on the fresh water supply line so it could take advantage of its down hill – so it quite conveniently runs right through the back of the distillery since 1810. 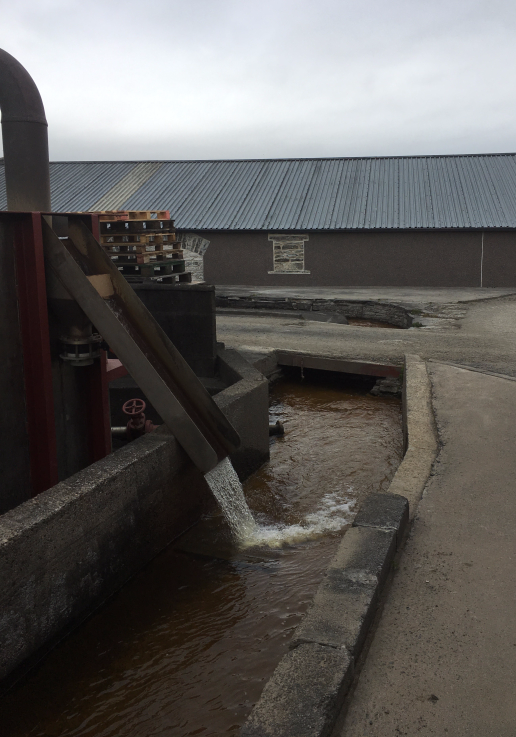 Old Pulteney produces only 1.2 million litres of whisky per year and runs production with just 2 men on shift 5 days a week. All of its stock is aged on site – and according to staff and the marketing materials this gives it its salt water sea character. 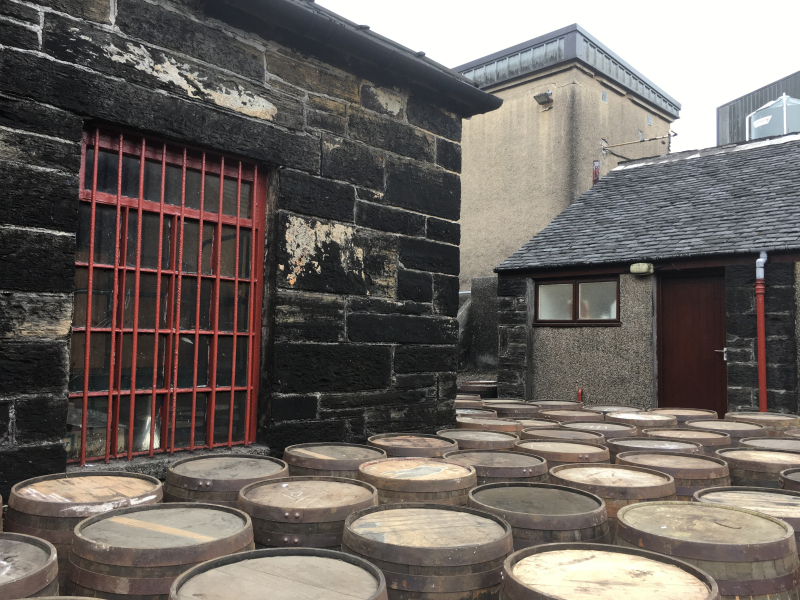 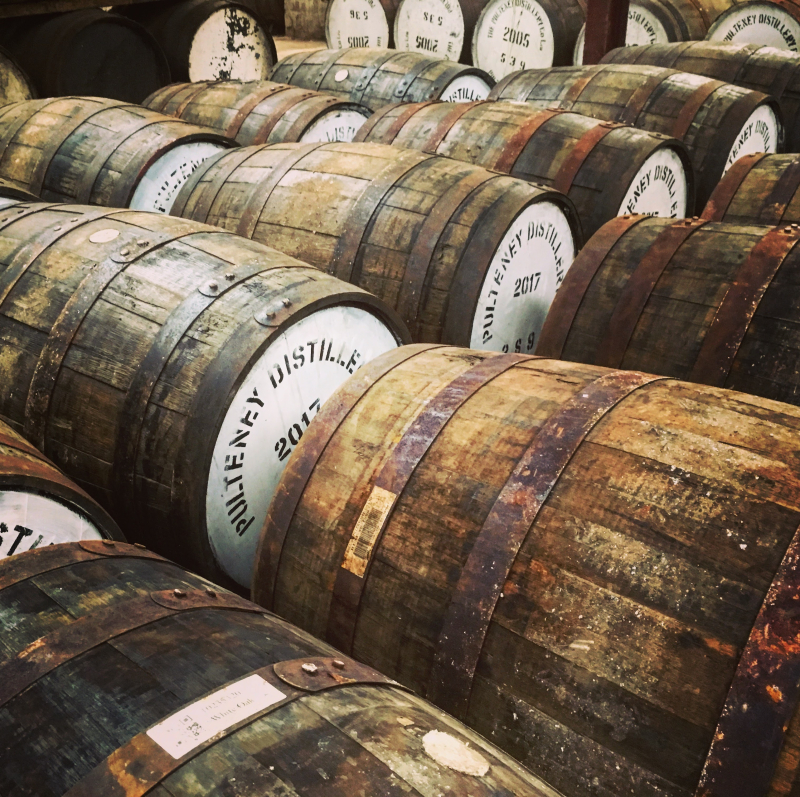 We tasted the 12, 17 and 21 year old whiskies, plus one cask strength and one non-age statement. They were all tasty with rich caramel and salty notes. I wasn't going to buy a bottle that I would have to carry around anywhere but I ended up leaving with the 17 year because it is so hard to find in the United States and it came in a very smart canvas bag. 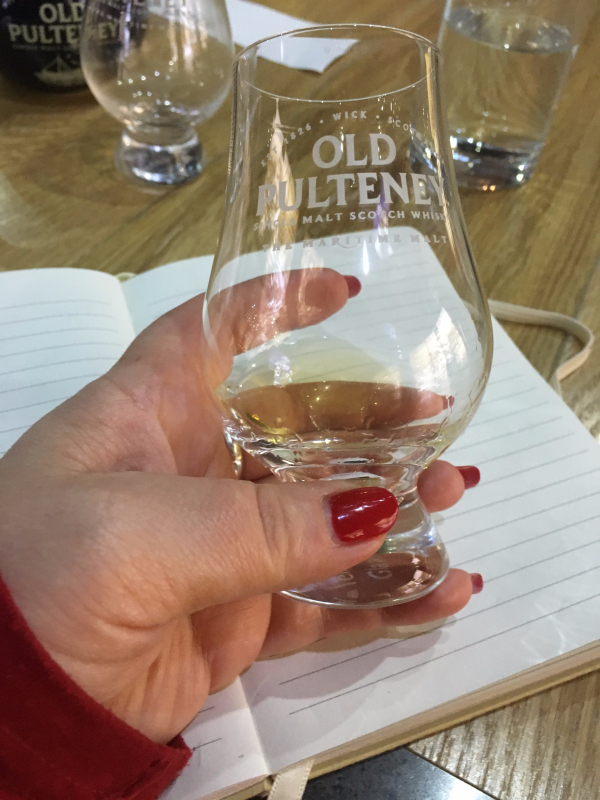 After our tour, James was waiting with our taxi to take us back to Inverness. What was 3.5 hours by bus became 2.5 hours by car with pleasant chatter and narration. We covered land systems, public housing, purchasing homes, healthcare systems, farming, hometowns, politics, even a little animal husbandry interspersed with a little history about the area here and there. The time flew by as quick as a distillery tour and next thing you know we were being dropped at the Enterprise Rental Car in Inverness to pick up our chariot to drive on the wrong side of the road. Whoever rented the car we were supposed to get before us got it into an accident – so we got a free upgrade to a giant blue BMW. I was hoping to drive a little on this trip but the size of the car shrunk my enthusiasm. As it was all arranged through John's corporate account I didn't have to worry about being the driver, luckily, so I settled for freaked out passenger in the front seat. John only hit a few curbs on the left initially but we figured it out and found our hotel quite easily. It was right on the river just a few blocks from our dinner reservations and extremely pretty. 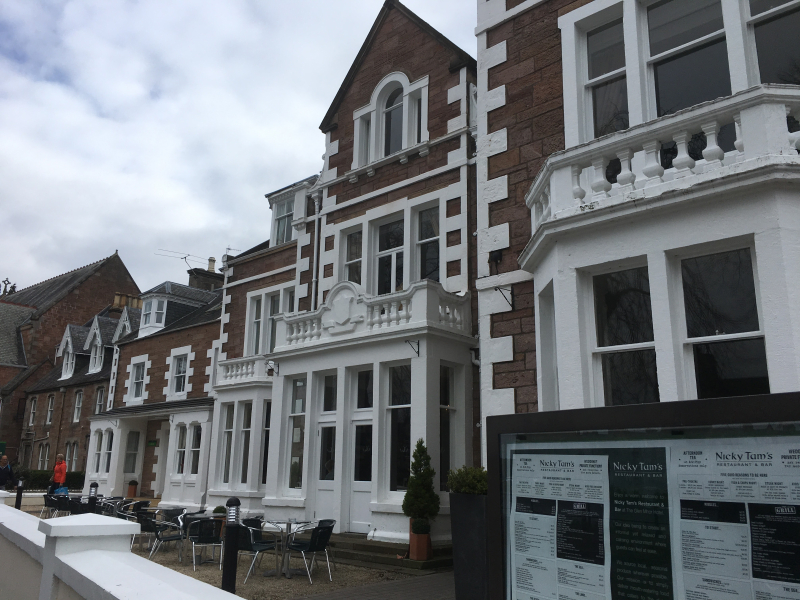 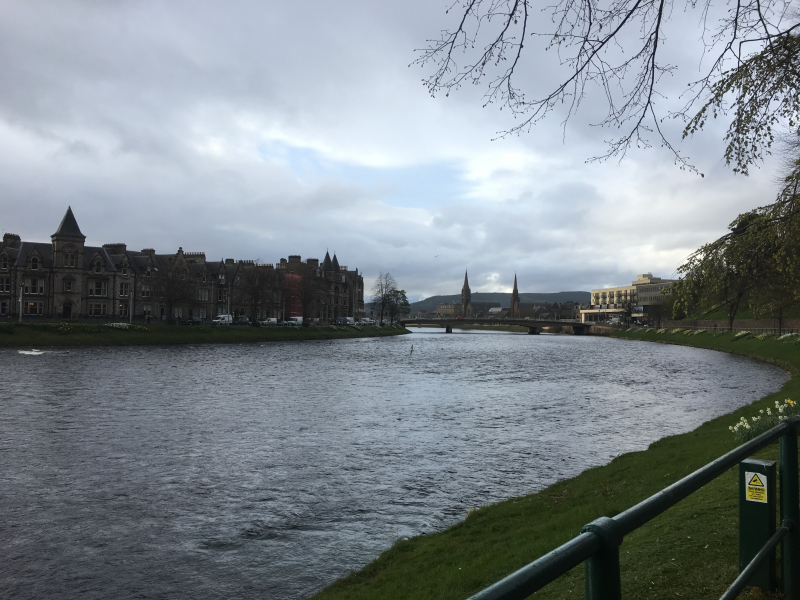 We strolled down the river to be greeted by yet another sharp windy breeze to find the River House Restaurant. 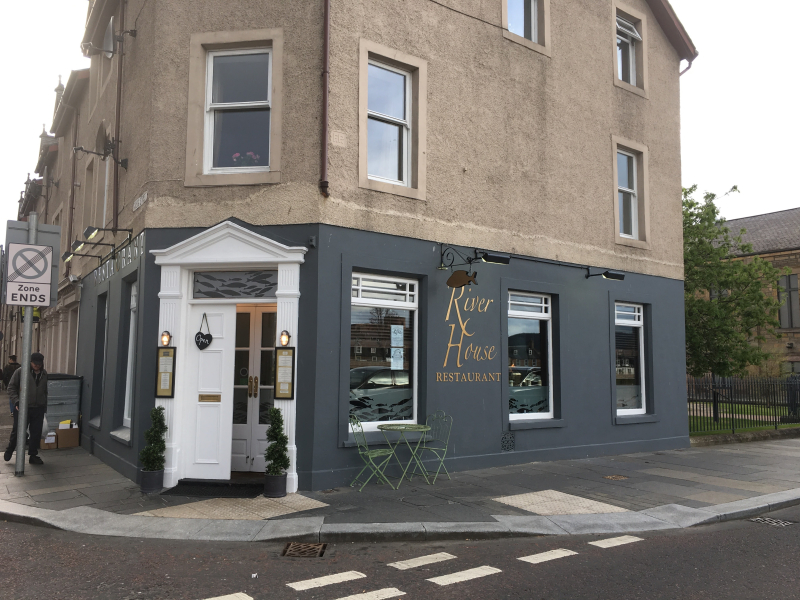 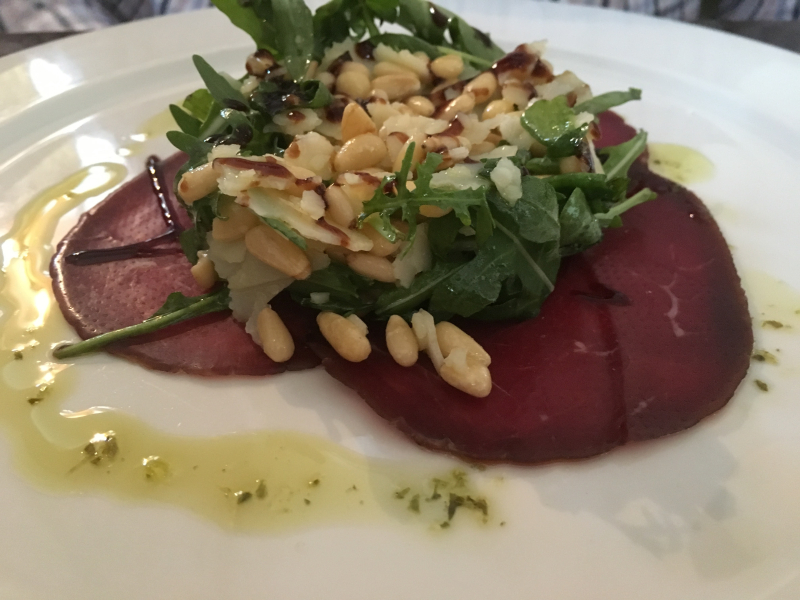 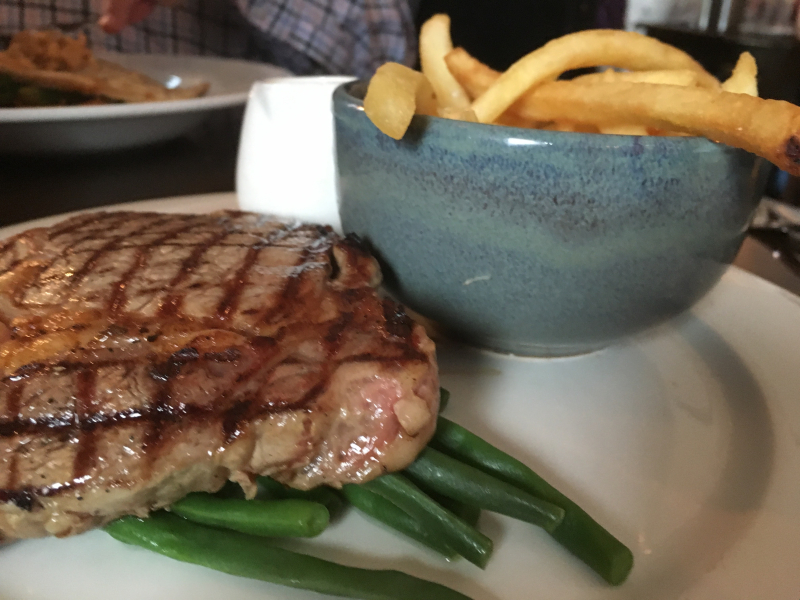 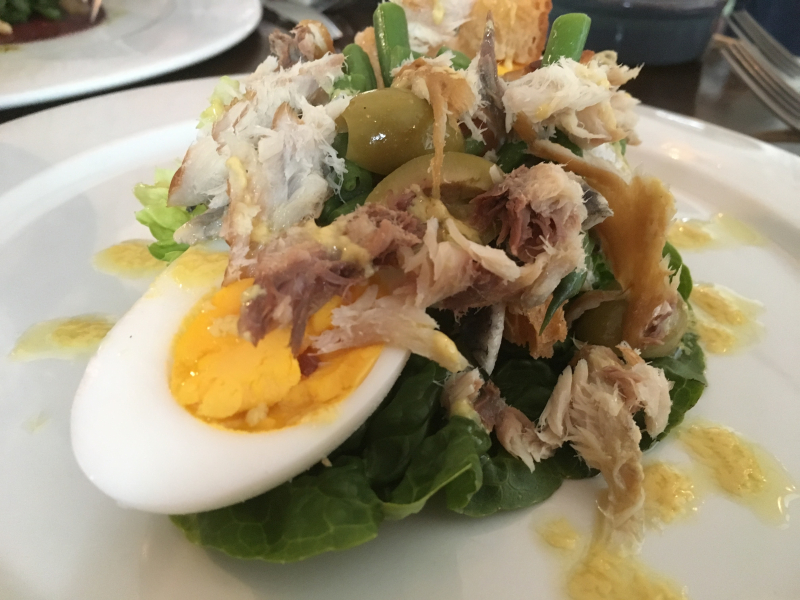 We ate oysters, venison, smoked haddock salad and local beef among many other things.  We ended the night with a Scottish cheese plate and some whisky tasting at the bar attached to our hotel. It had been a long day and we were looking forward to sleeping in.