Getting up in the morning after our late night with our new friends was really hard- in fact I would call it painful. I am not going to blame the drams of whisky we drank the night before because that would be sacrilege – so there it is they are not blamed at all. 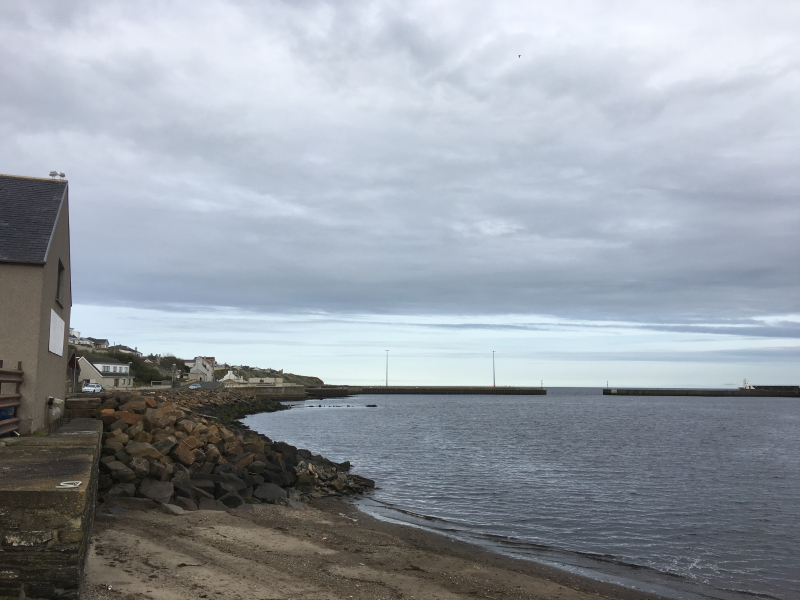 In the meantime, I resurrected myself to a place of standing, confirmed that I had not unpacked anything from the day before as we were barely at the hotel, and readied myself for the 6 to 8 hour bus ride in my future to get us to Wick, Scotland. The "wild lands" according to random stranger dude, and the "way up north Scotland Mainland" to everyone else.  Apparently the Orkneys might rather not exist based on the amount of government services available – but that is another blog post all together. 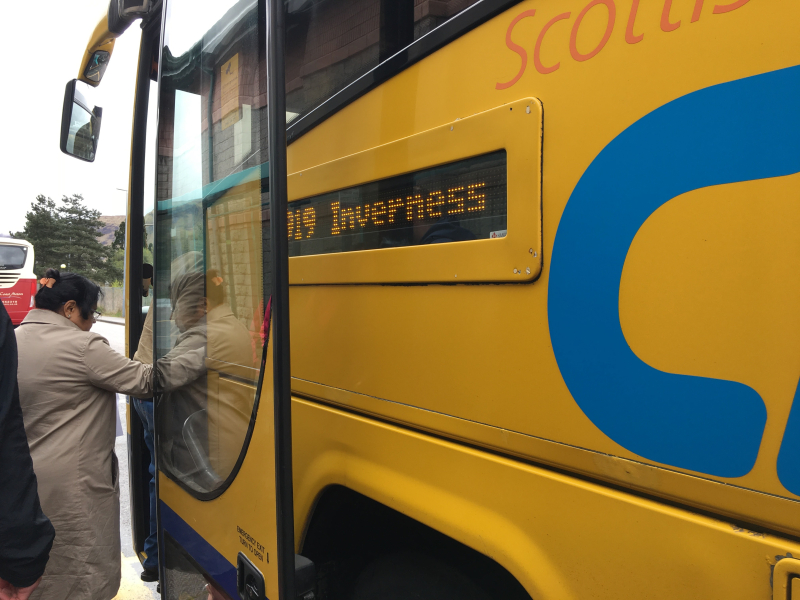 The bus was, well, long and filled with many hours of taking a bus.  I would have preferred to pay more pounds and avoid it altogether, but others on the trip had wanted "the experience."  So OK – here we go – full bus experience with all of its dips and weaves and corners and hours on the road. 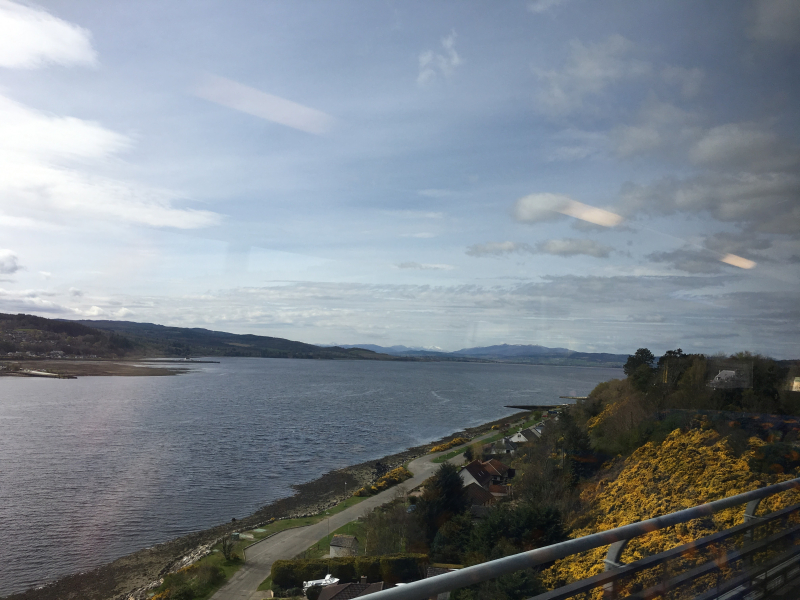 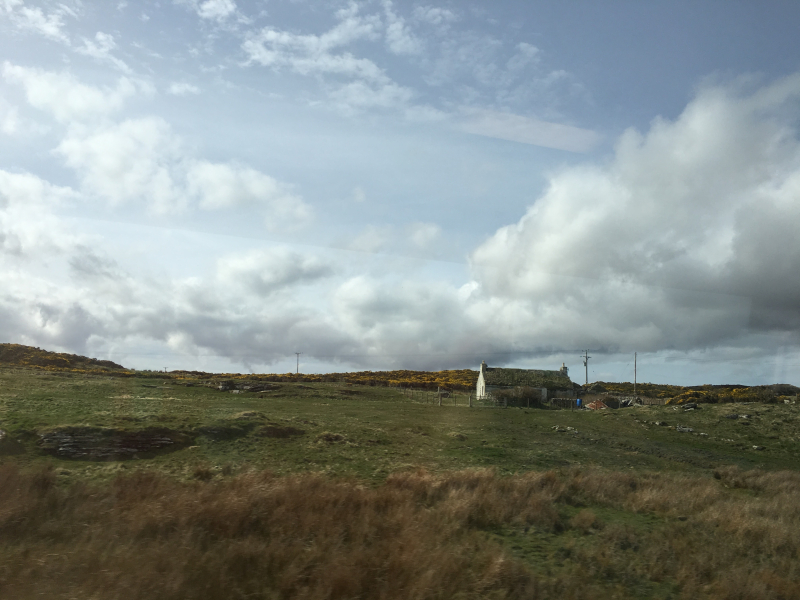 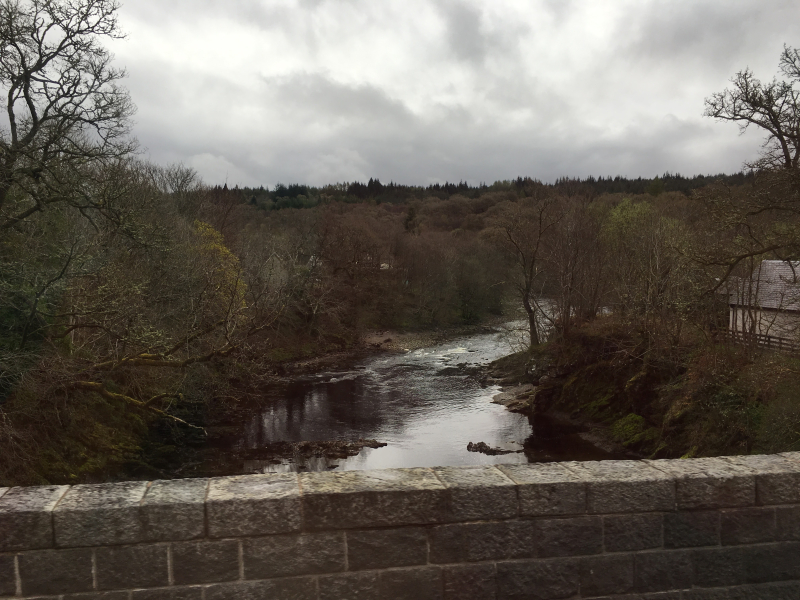 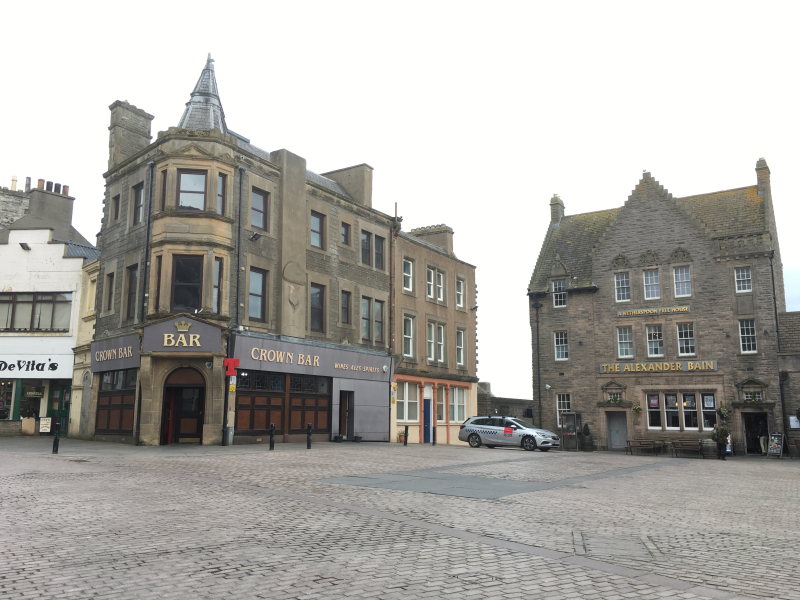 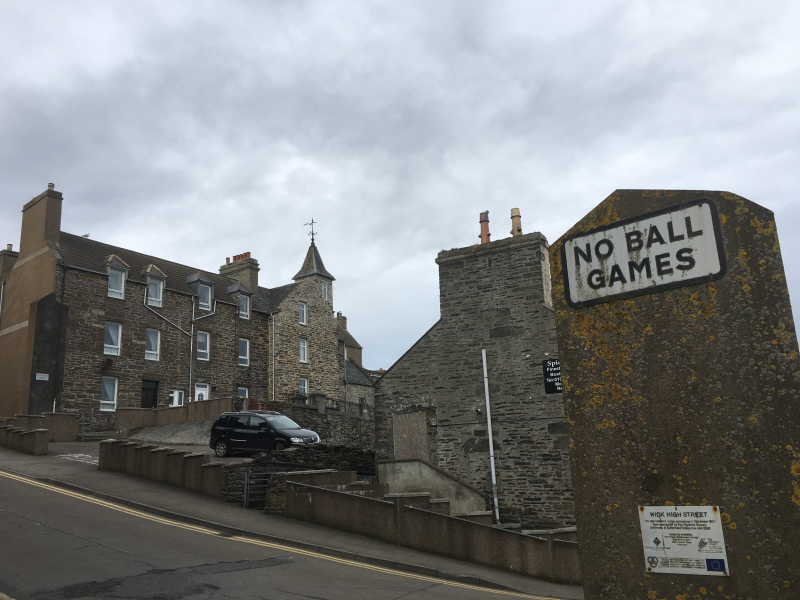 Wick, from the Norse Vik, which means bay used to be the herring fishing capital of the world. In fact, Pulteney town next to it was built specifically by and for the fishing industry and named after a head of a fisheries official of some import. 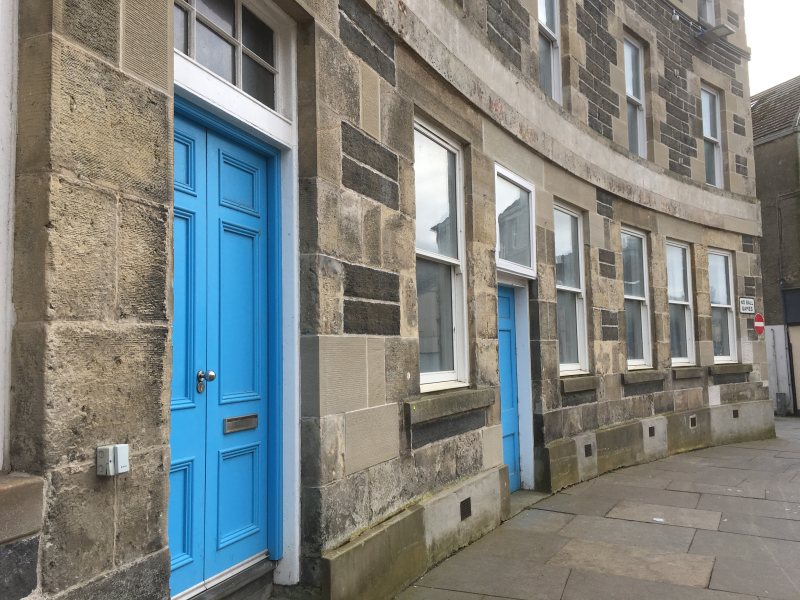 It was a busy epicenter of silver and gold (herring & whisky) from the time of the Highland Clearances all the way through to 1950 when the herring were no longer, because they were officially over-fished to practical extinction. The town and the whiskey distillery, Old Pulteney, still remain, although a mere shell of what it once was. 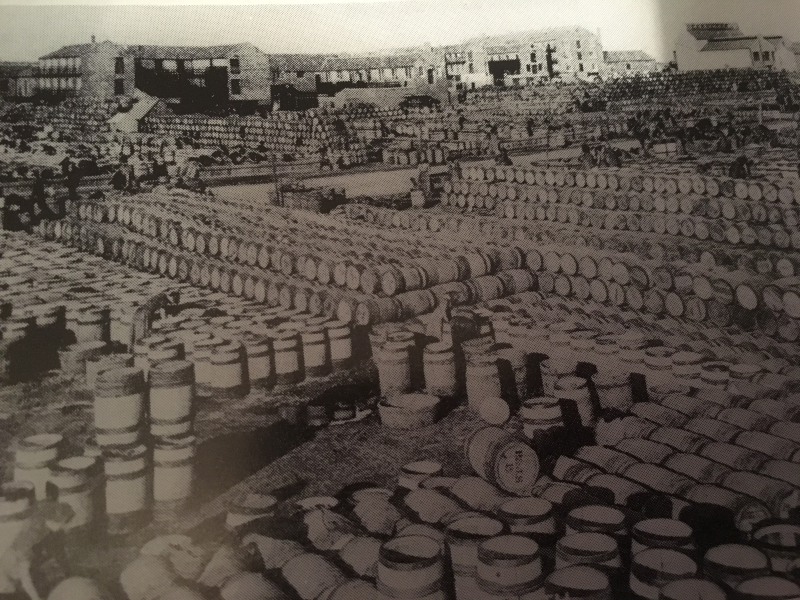 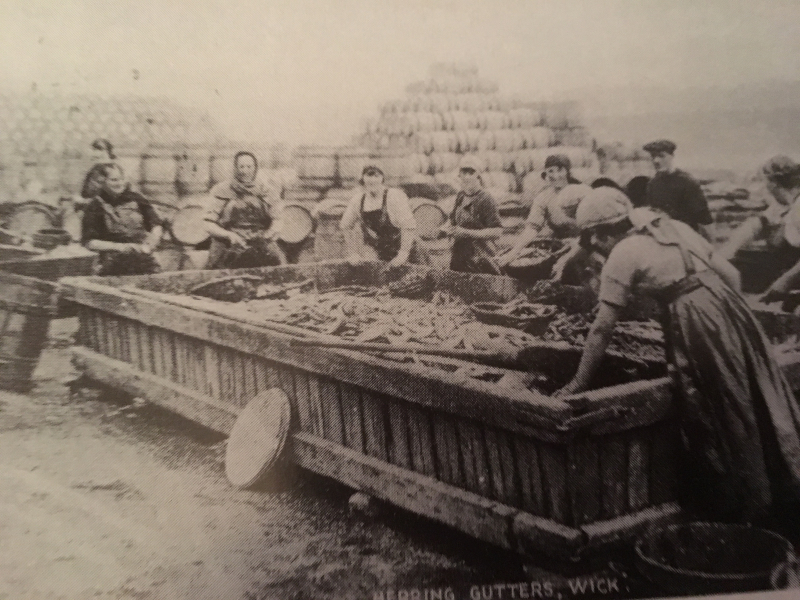 When we arrived we met our lovely Airbnb hostess Glyness – she gave us tea and oat cakes and walked us through what there was to know about Wick. Which is – you can't get lost, all the restaurants are right there on the street, and MacKay's Hotel is on the shortest street in the world. 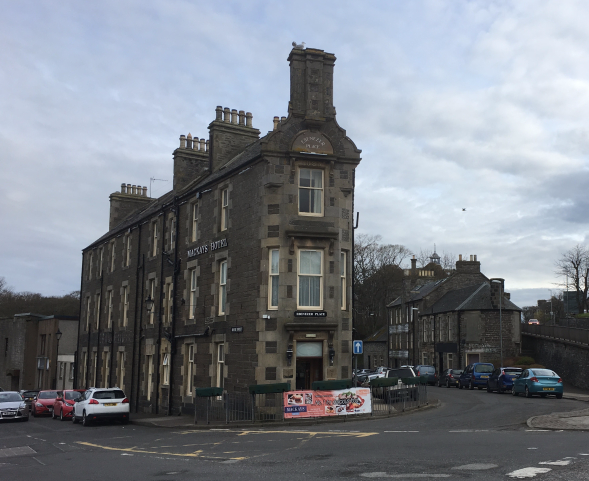 We decided to go for a walk about to test her theory about being lost, take some pictures, and look for a restaurant for dinner. We ended up at MacKay's Hotel after a very lovely short walk about the town where, in fact, we could not have gotten lost if we tried. We did see some interesting sites though – that are partially the result of the area being a historic district.  Take this for example, a church converted into a Jack's Flooring & Pine Studio, complete with chain saw carved bears.  I can't make this stuff up. 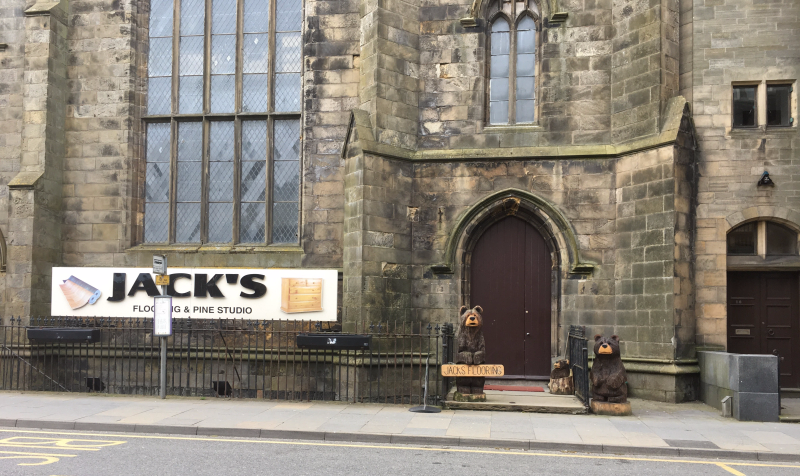 MacKay's on the other hand, we thought was going to be a fish and chips shop because, well, it looked like it from the outside. We walked in the front door expecting pub and were greeted by white linen formal dining in a tiny hushed little room with a slew of reserved tables. We couldn't turn back now though so we asked for a table for two and were seated after some conversation in the back.

The menus were handed over and we found deconstructed game pie, venison, local highland beef, a brie and zucchini soup and other french influenced items using all Scottish ingredients to a dining standard that our hometown of Seattle would have a hard time competing with. It was to be the best meal in Scotland so far – in a formal dining tier. To which it will likely be the only restaurant in said tier, but why split hairs. We were in the middle of nowhere Scotland dining with white linens on venison, fresh fish and other delicacies. 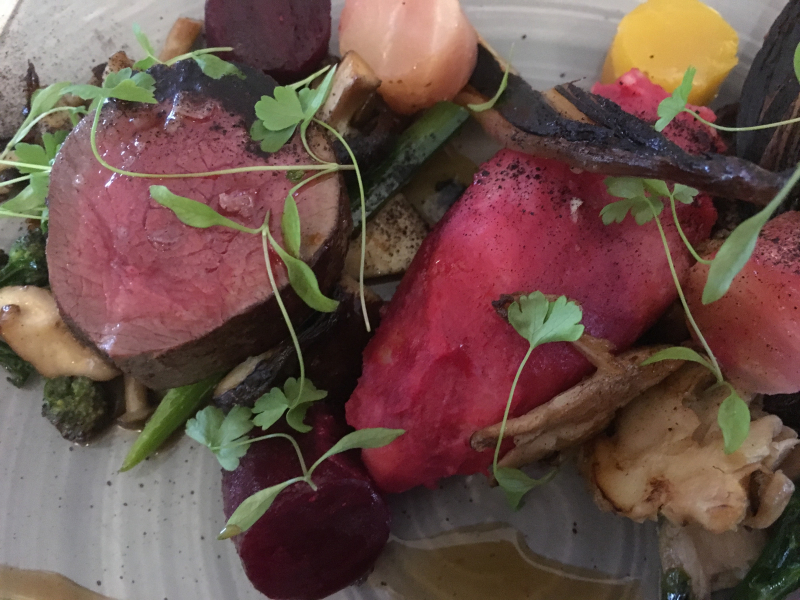 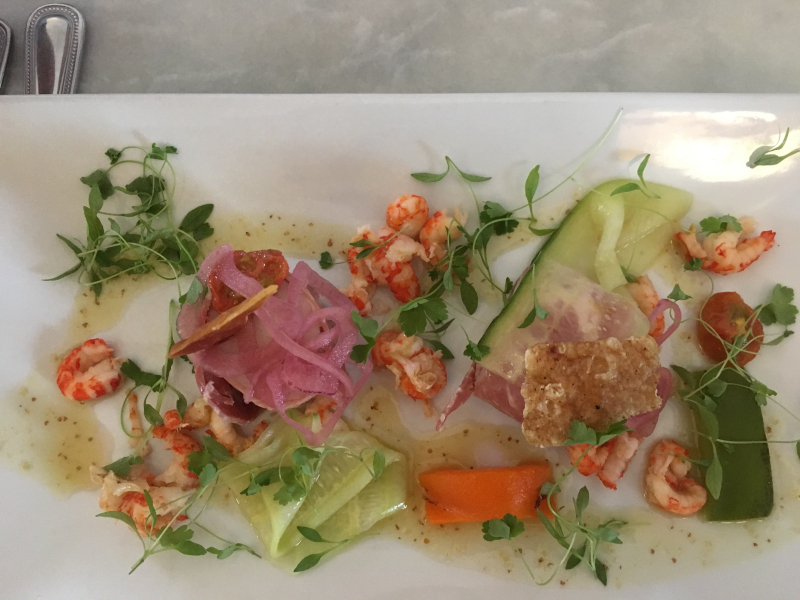 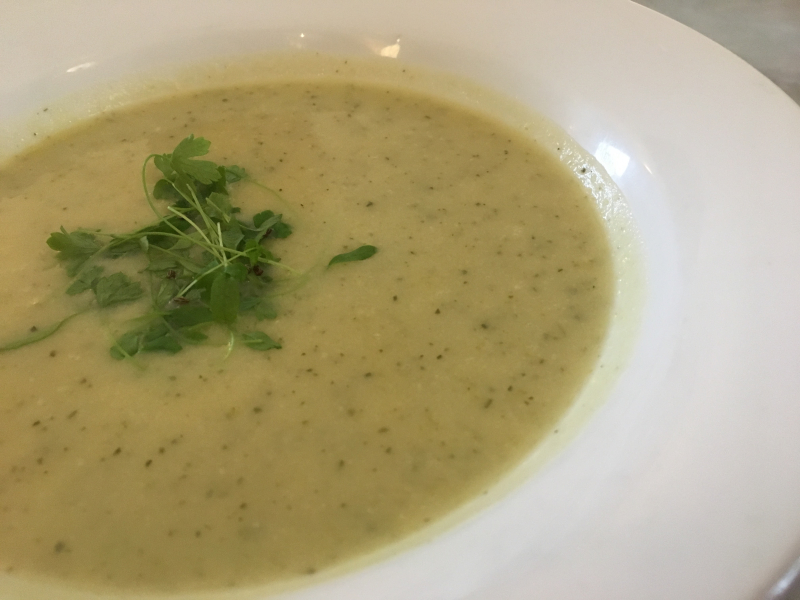 Zucchini and brie soup – so good. 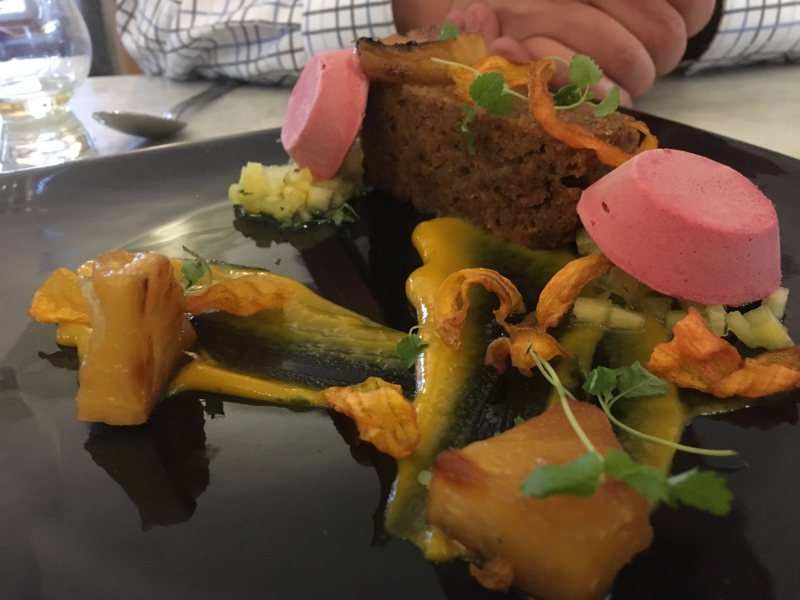 Dinner was topped off by a carrot caked with grilled pineapple and beet ice cream. Exhausted from the night before and our long bus trip we decided it was time to call it a night and we ambled slowly full and happy back to Glyness's house for a good and long nights sleep. 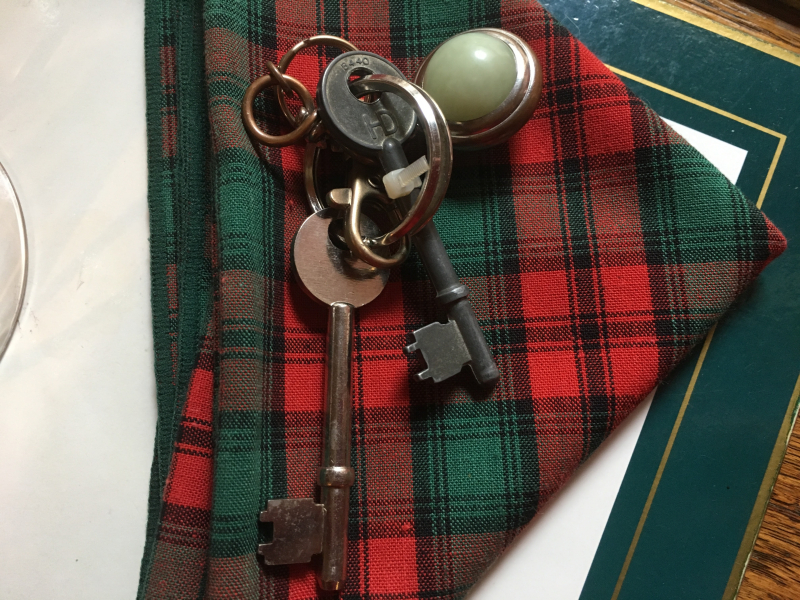