The rain pattered on the window of our suite in Inverness as I slept in to the ripe hour of 7 am. It was a joy because I just woke up naturally to no alarm after going to bed early and exhausted from the three continuous days of travel across Scotland. I also had some time to attempt to catch up on the travel blog after two days without internet access. The dreaded no wifi worries subsided as I sipped my tea and wrote about the days previous. Sitting in the capital of the Highlands, I was looking forward to taking in some history and visiting Loch Ness for a Nessie photo opportunity. Our first walk of the day was to go up to old Fort George, or Inverness Castle. 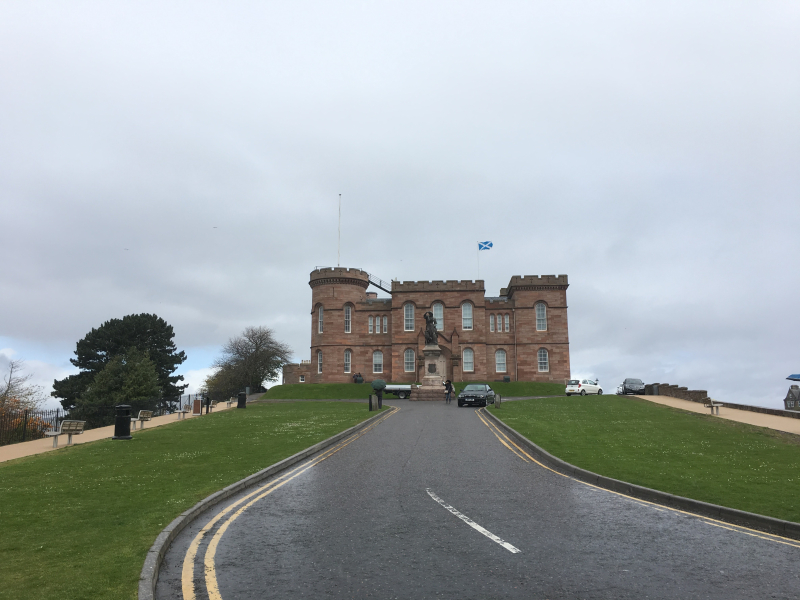 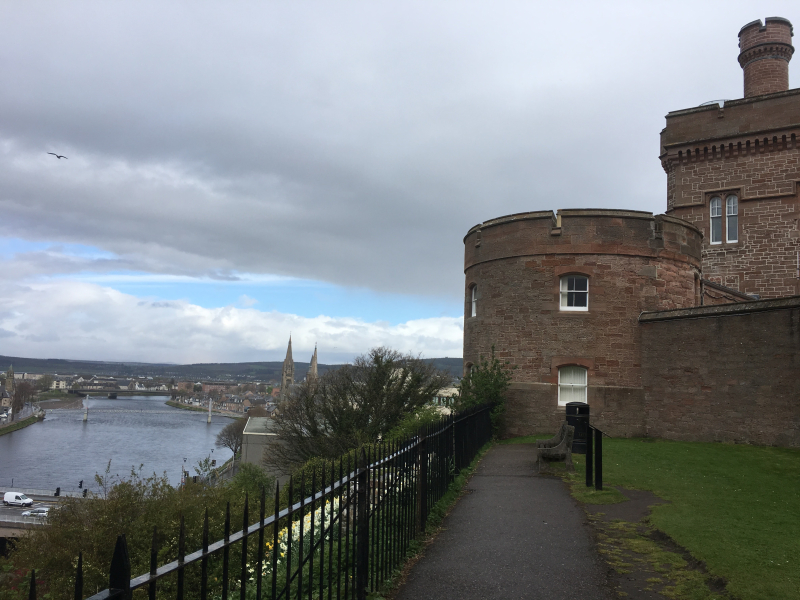 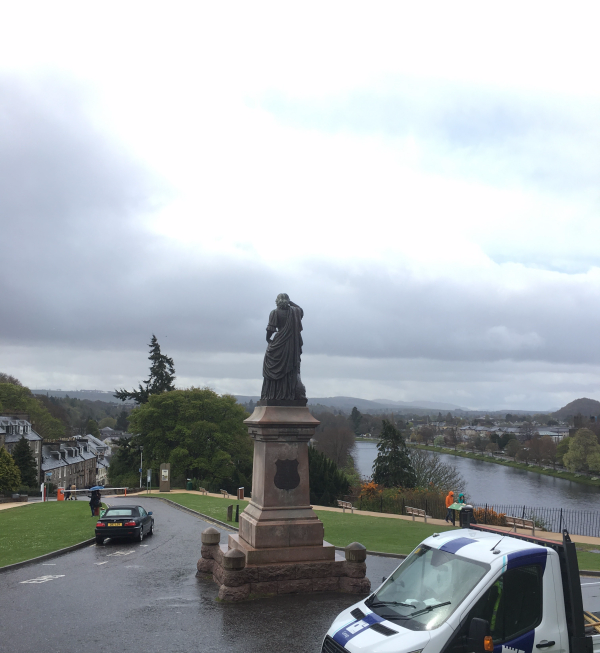 The castle on the location today was built in the mid-1800s, the previous castle was destroyed just before the battle of Culloden by the Jacobites, the one before that was rebuilt because of some other uprising and so on. The only thing still standing of its original roots is the wall and the rampart. But based on its strategic location there has always been a castle on this site since the beginning of Inverness as a place. 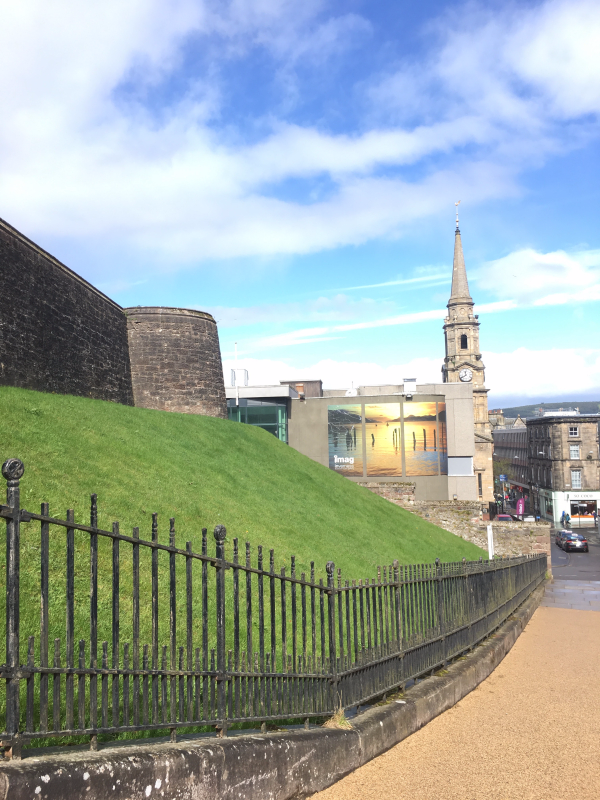 Next to Inverness Castle is the Inverness history museum. We had a little under an hour before we needed to begin our journey to the Dores Inn on the shores of Loch Ness for lunch – which was perfect for a swing through the museum. 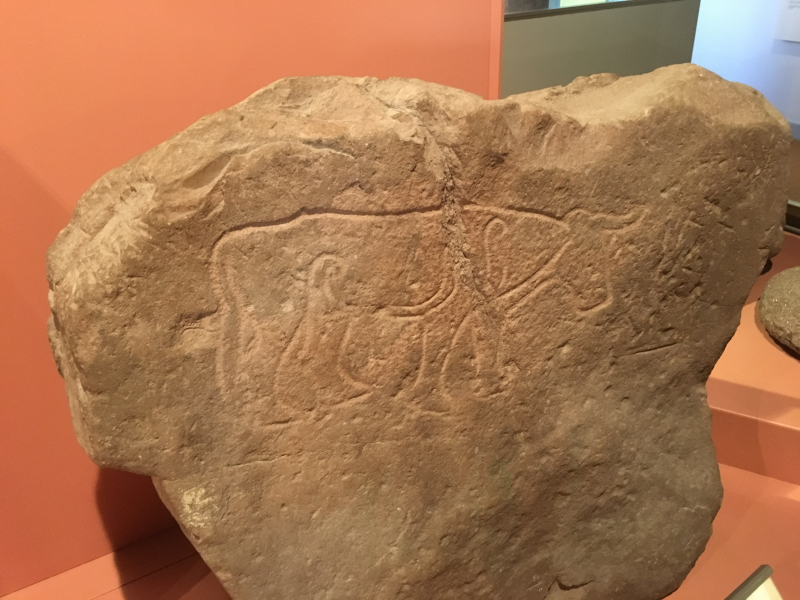 The museum held a lovely summary of the history of Scotland from the stone age to the present, including Pict Stone carvings and a collection of Jacobite jewelry and paintings. I also learned that MacBeth, of Shakespeare fame, the King of Morovia, would have been sitting in Inverness Castle and Inverness was the same place. 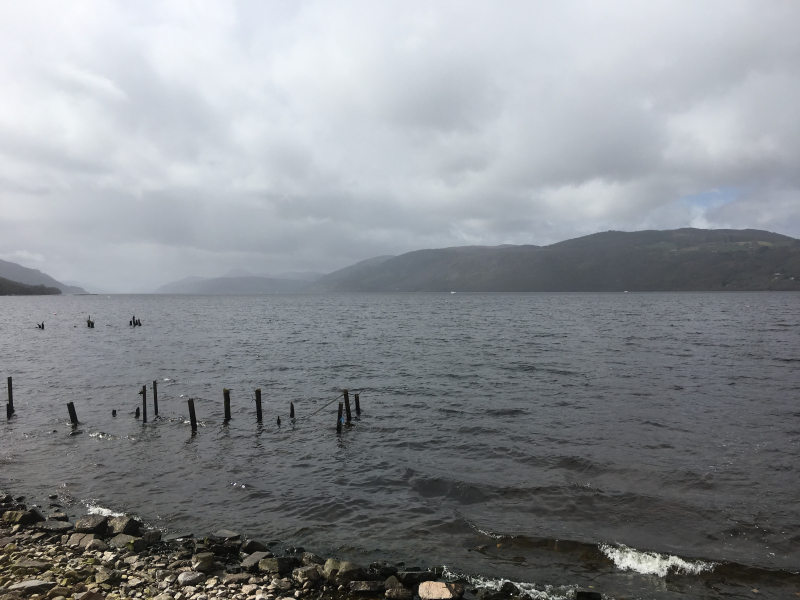 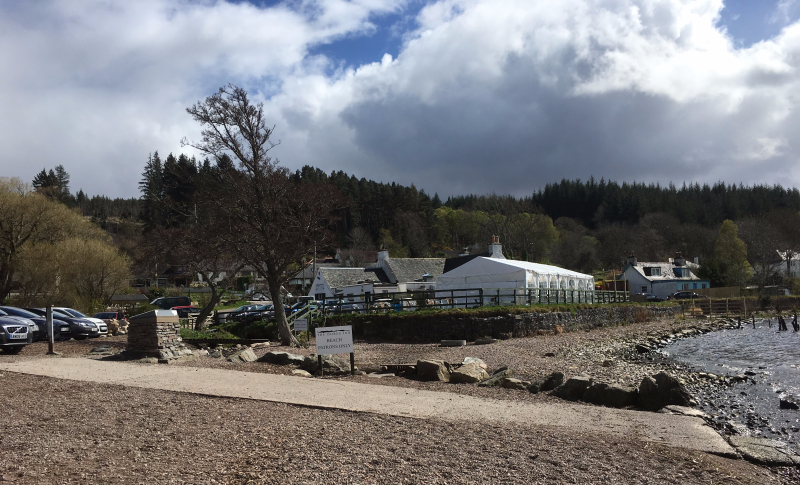 We made our way to the car for our drive just outside of Inverness to the Dores Inn, perched just on the top of Loch Ness on its shore. I made the booking both because the reviews of the Dores Inn were amazing and it location was superior for taking a picture at Loch Ness. 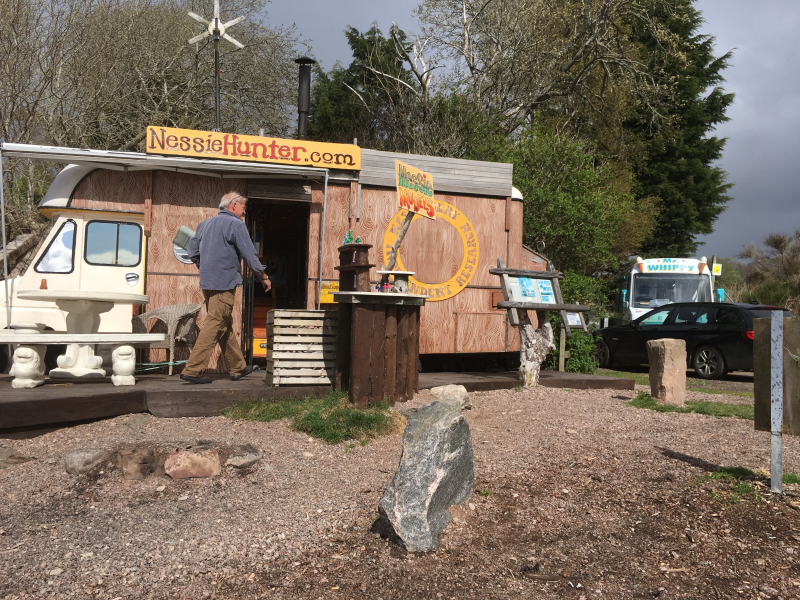 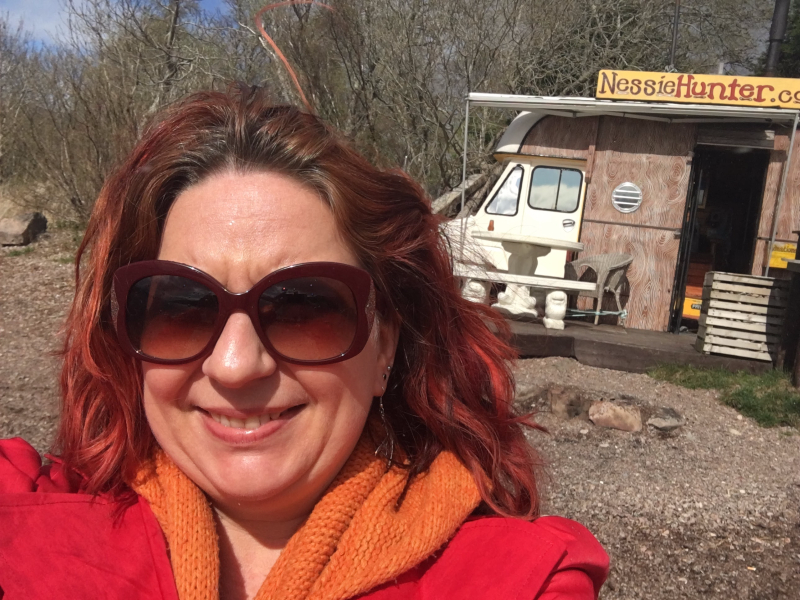 What I didn't know is that Nessie Hunter also sits at the very location, and has since 1991 (he holds the Guinness World Records title for the longest vigil waiting for Nessie). He also makes the cutest little Nessie figurines so I could take some cheezie postcard photos by the loch. 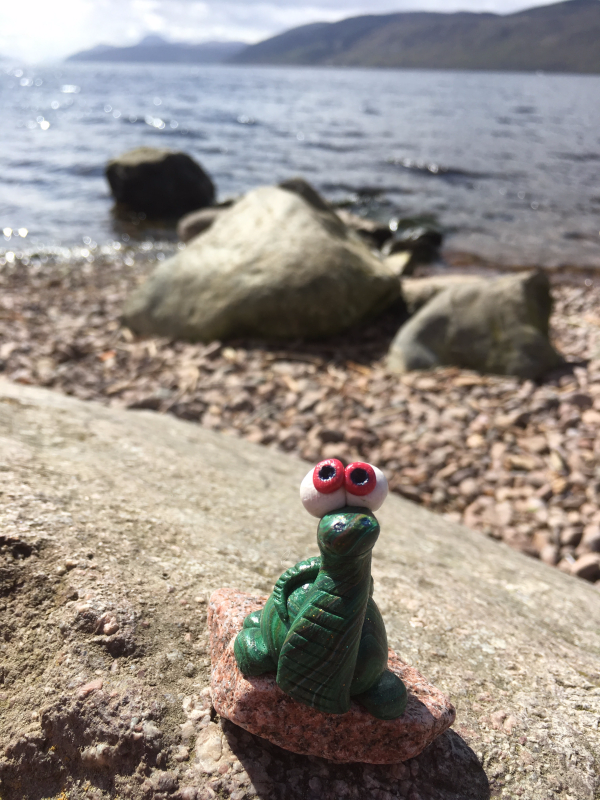 The Dores Inn is a working Inn with a lovely dining room featuring solid and tasty Scottish food. I had a really hard time deciding and ended up going with a terrine I had never had before and the famous macaroni and cheese. John got the local lamb served three ways. 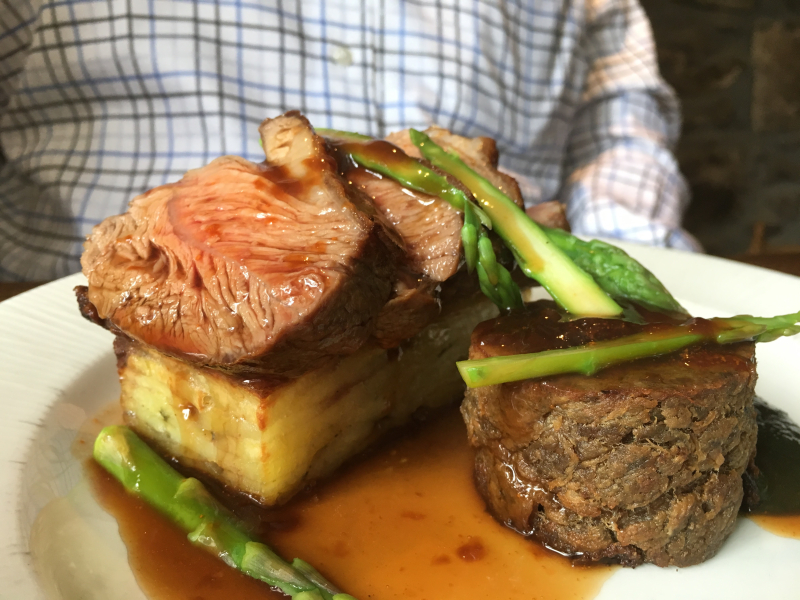 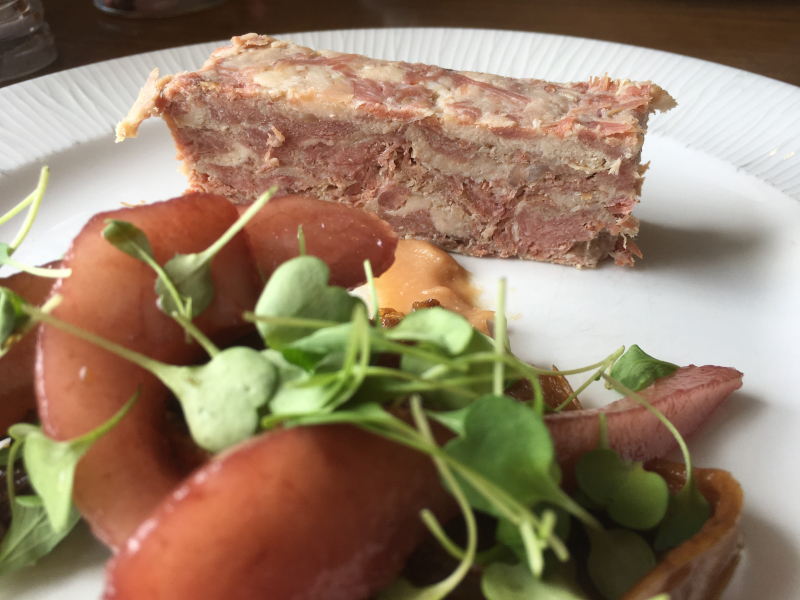 The chicken and ham terrine was amazing and served with a plate of pickles and stewed pears – I usually do not like sweet and savory but the balance here was perfect, actually making it enjoyable to the tongue. 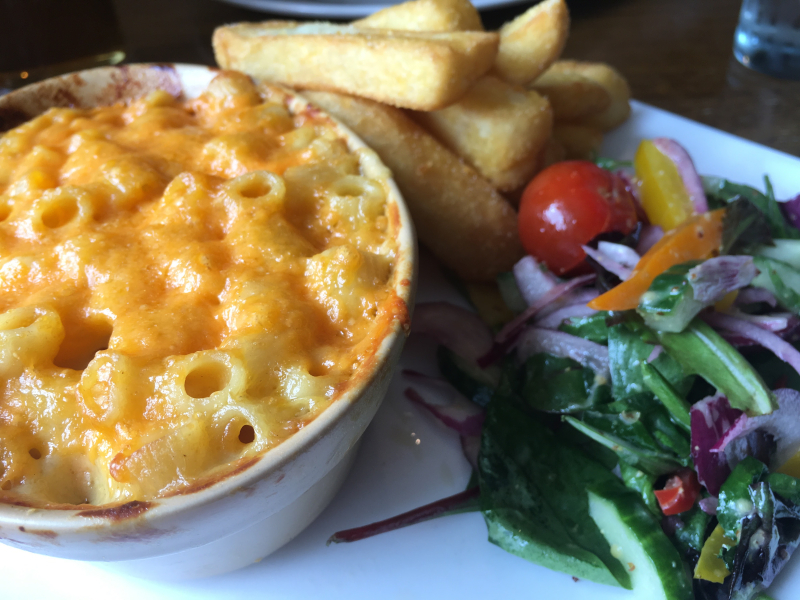 The macaroni and cheese was a rich dish with a slight tang in its sauce topped in glorious Scottish cheddar – if only I had enough room in my stomach to eat it all. 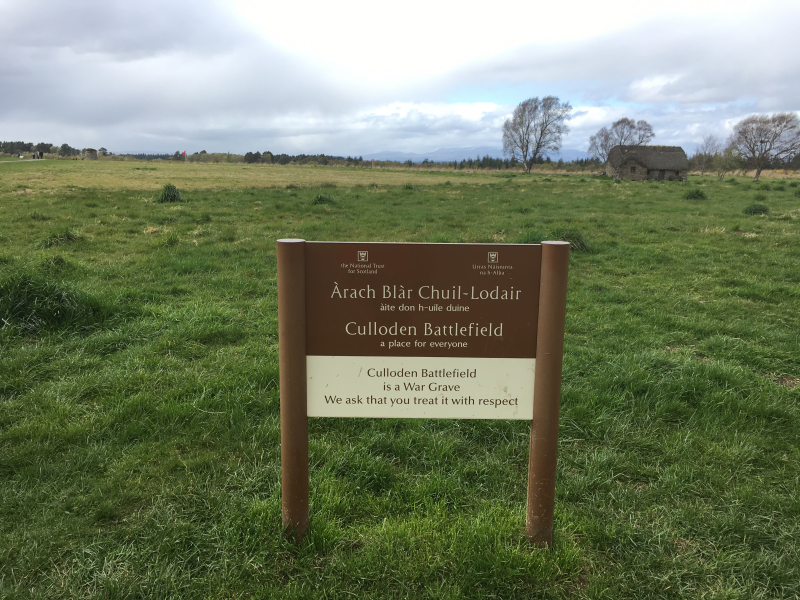 After lunch we headed for the Culloden Battlefield and Visitors Centre. The Battle of Culloden is important in Scottish history not just because it was the defeat of the Jacobites who were fighting to put a Stuart (a Scottish royal family – think Mary Queen of Scots) on the throne of England, but it began the atrocities against the people of the Highlands (including the banning of bagpipes, traditional dress, and taking away property). The Scottish and English who fought with the Royal Army and those not Highlander, took out their frustrations not on Bonnie Prince Charlie or the aristocracy who used the Highland Clansman in the fight – but on the people of the Highlands themselves, destroying a way of life that had held for centuries until the Highland Clearances. 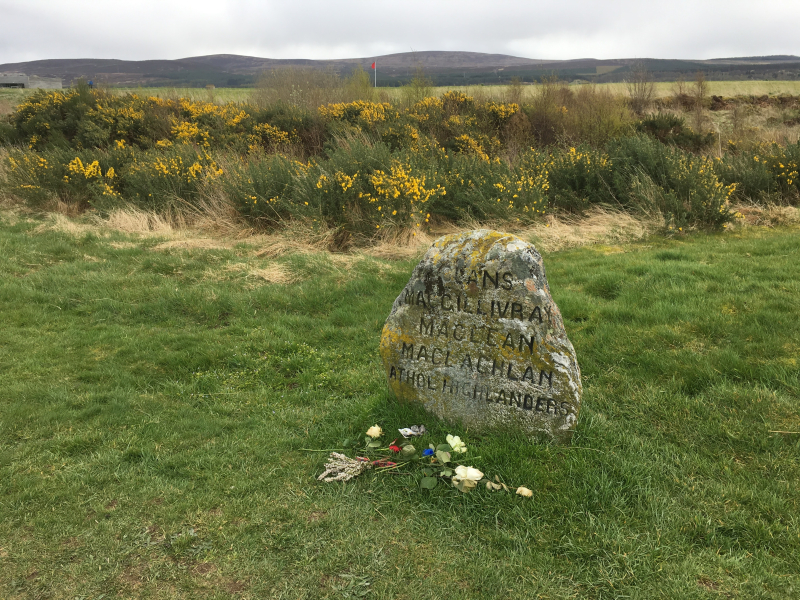 I have to admit that before I did my research I was really interested in the sight thanks to watching (not reading) the Outlander Saga, which is a full on romantic drama involving time travel and woman with two husbands – one named Jamie Fraser, with whom she tries to stop Bonnie Prince Charlie and the Battle of Culloden from happening. Spoilers – it doesn't happen, and it doesn't paint Bonnie Prince Charlie in a good light, but neither does history. 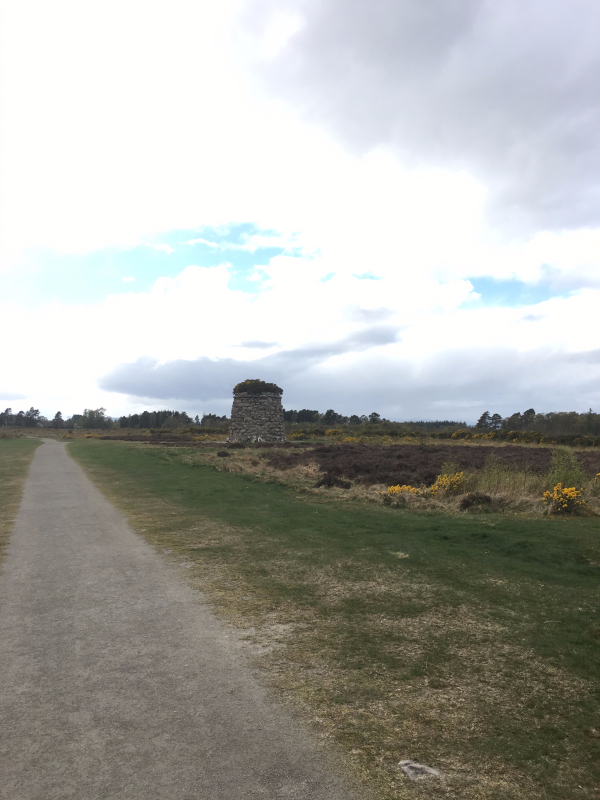 The battlefield is a solemn site – we were able to get on a narrated tour that walked us through the key points of the less than one hour battle that killed 1500 men, primarily Highland Clansman, but also French and other Scottish who had joined the Jacobites in the fight. The key thing to take away was that the 1500 were killed in about 7 minutes total of the only one hour battle because of how badly situated the Jacobite army was going in to the whole thing. 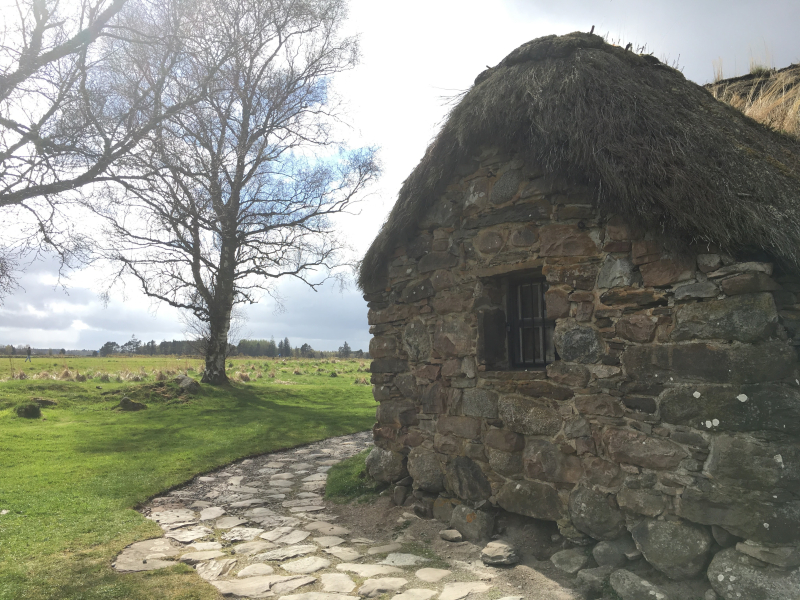 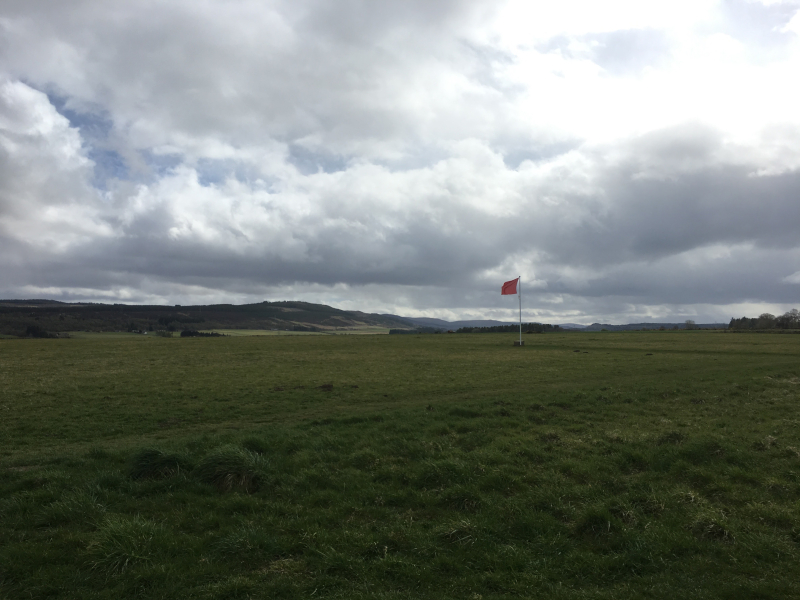 The memorials found on the battlefield were placed there 125 years after the actual battle, during a renaissance of Highland Scottish culture that started in part thanks to Queen Victoria's moving her "summer home" to the area – and some other Victorian era enthusiasts/collectors of Jacobite things from Britain. The visitor center notes that Highland culture won the battle at the end of the day by becoming the symbol of Scotland itself (e.g. bagpipes, kilts, highland games, etc). It is a very interesting story of cultural appropriation. 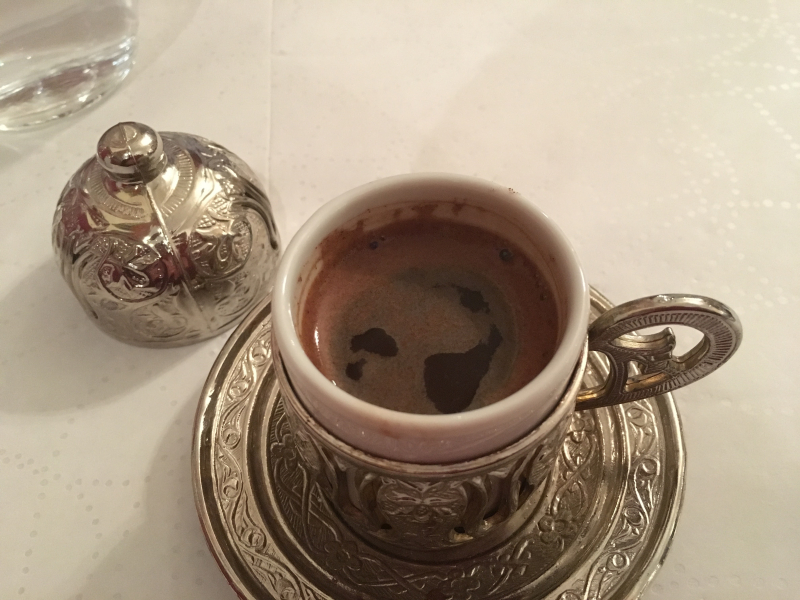 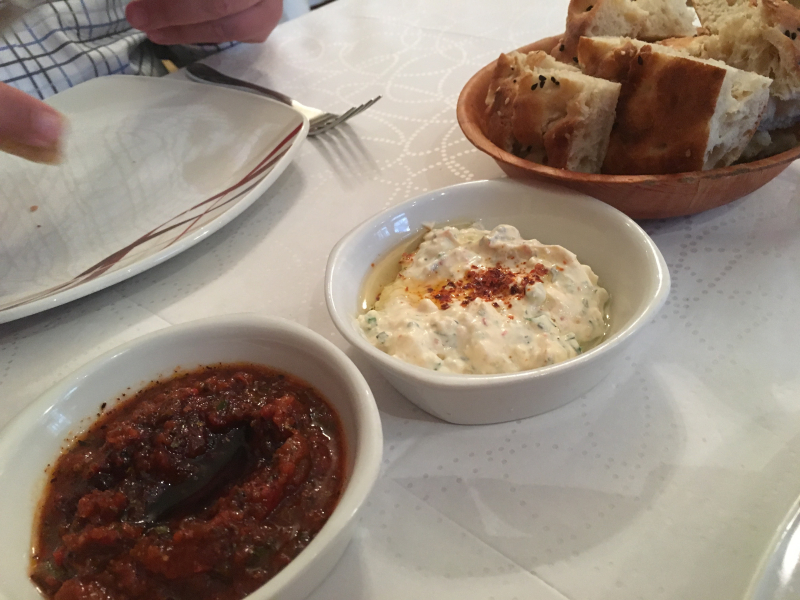 To celebrate all that Scottish history we took in we decided to not eat Scottish food this evening but try for something ethnic. After looking at a couple Indian fusion food stands we decided on Turkish where we had the largest portions of the most filling food ever and an amazing bottle of red wine. 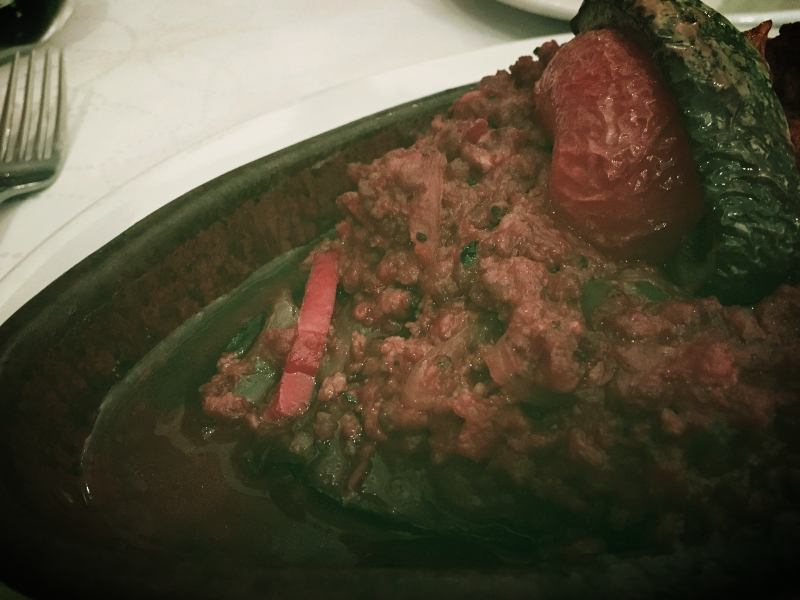 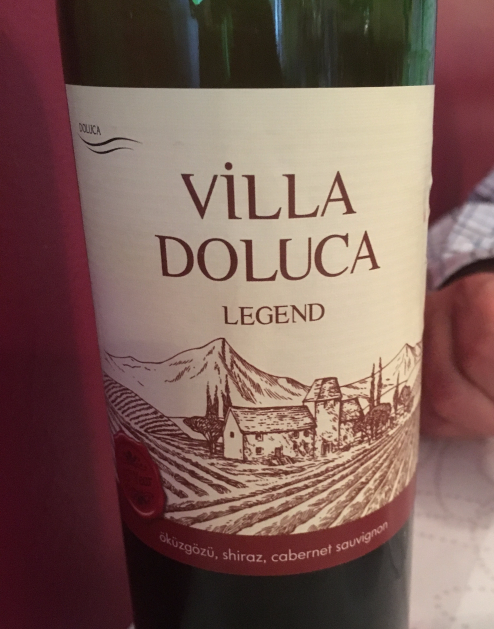 We followed dinner with a dessert of single malt scotches from the whisky bar down from our hotel. We probably should have been done with dinner and wine – but when you have hundreds of whiskys to try on a menu it is so hard to say no – even with an early morning trip to Speyside the next morning.