On my second day in Speyside I got up super early and excited for another set of new adventures. What would these mythically huge distilleries have to hold as secrets in their depths? Would the whiskies I had written off as mass produced be better after seeing the barley and water that make it into spirit? I was about to find out. But first breakfast. Betty and Ian at Castleview had a lovely list of things to choose from – including the full Scottish breakfast, and something different – Eggs Benedict. I went with that and was happy to find the bacon had the best parts of both American and UK bacon (fat and flavor). 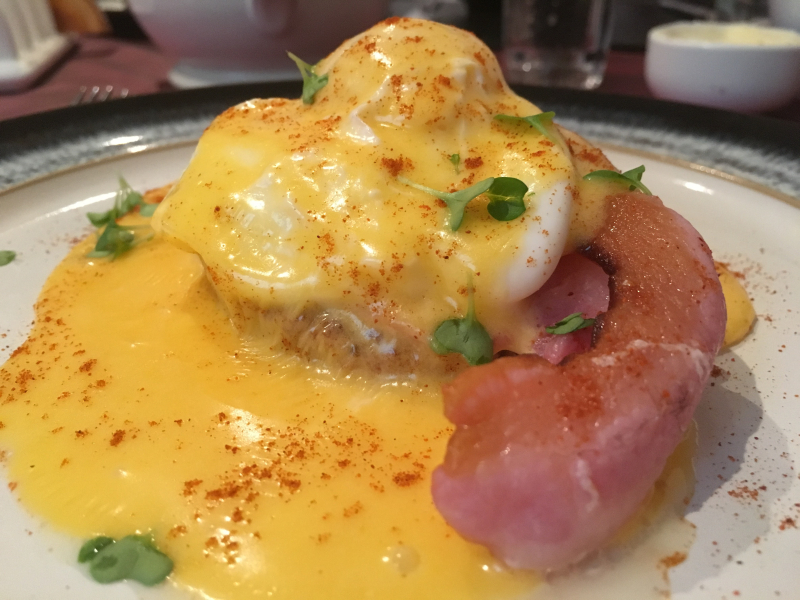 It was a tasty start for a brisk morning and before we knew it our driver was ready and waiting in the driveway. Collin, originally from Aberdeenshire sounded like Sean Connery – so he was lovely to listen to and had a lot to share about the region. He dropped us at Glenfiddich with instructions as to where to meet him after our tour, tasting and lunch. 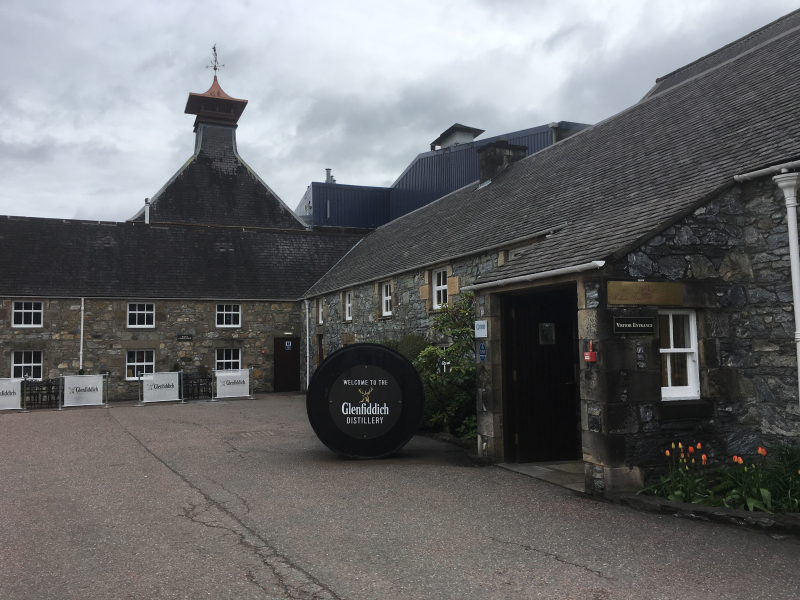 Glenfiddich, is a gigantic producer of Single Malt Scotch Whisky for the world. Glenfiddich's marketing department is the one we have to thank for the category known as Single Malt Scotch – as they were the first to use it in 1962. They are a family run company from its foundation to present day, thus they do not have to tell you or its employees, how much whisky they actually produce in a year (our tour guide seemed actually uncomfortable when I pressed for an estimate). Their marketing film at the beginning of the tour does tell you quite a few other numbers. 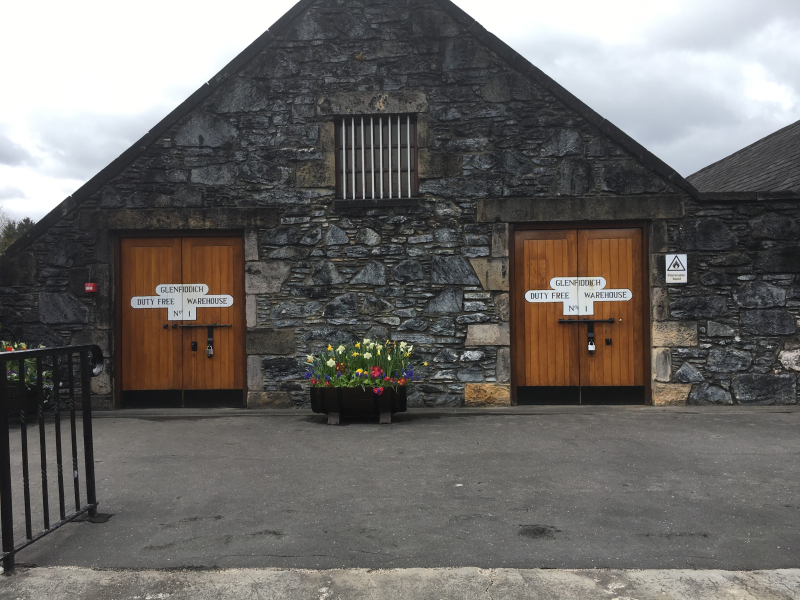 In short, Glenfiddich has a bunch of whisky going on throughout the world and sitting in Scotland. It also knows how to extract money from tourists and lovers of whisky. But at the same time it is a major employer for the region, right down to using only the local cab company for the family business trips (Collin was picking up the family and the Russian and Ukrainian brand ambassadors in Aberdeen later that day we found out). They are keeping it family and traditional method where it makes practical sense and are very community orientated so good for them. 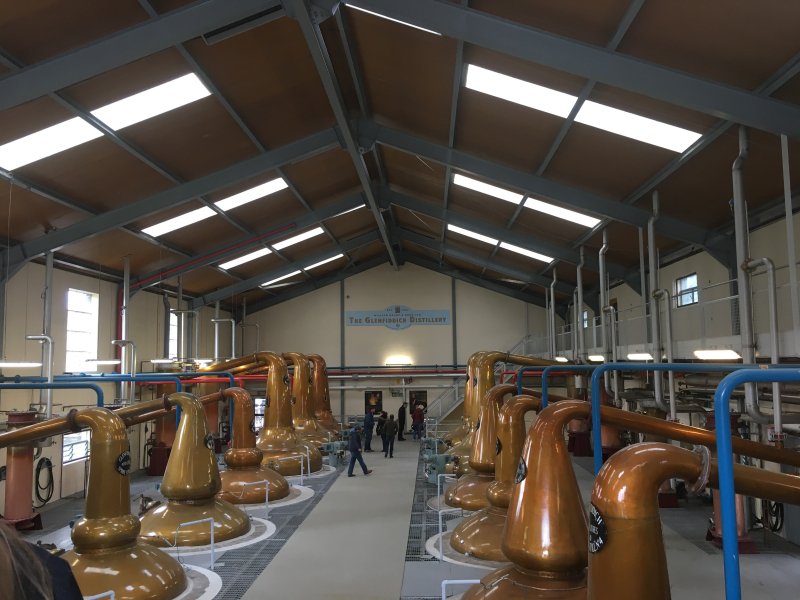 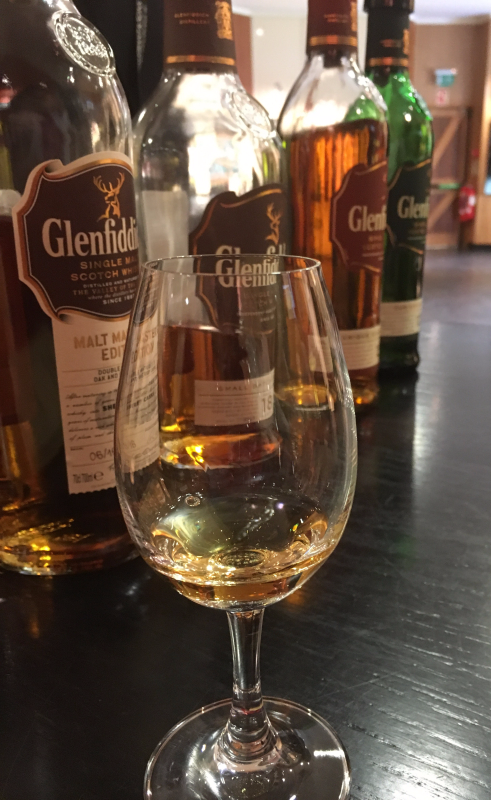 I wasn't a huge fan of their whiskies however, we tried the 12, 15, 18 and a non age statement expression. The 18 was quite nice and I won't turn a dram down but by no means is it interesting or worth price tag. And now I can say after calling an 18 year old whisky "uninteresting" that I've reached the threshold of entry level whisky connoisseur.

The lunch at the Glenfiddich  restaurant however, is super tasty. I had a squash and green chili soup with a wee little venison pie. John had a Highlander board featuring smoked venison and cheeses – both were simple but solid in flavor. I am amazed every day at the variety of root vegetable soups the Scottish menu presents. 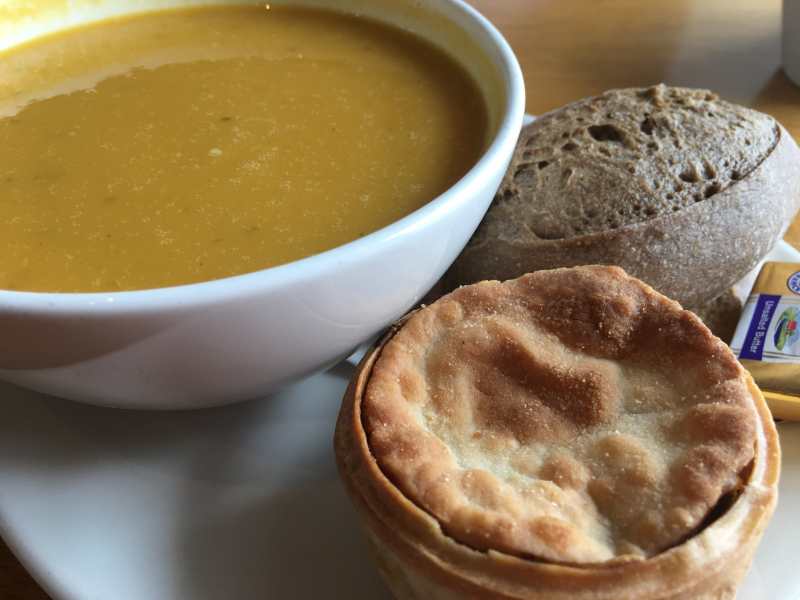 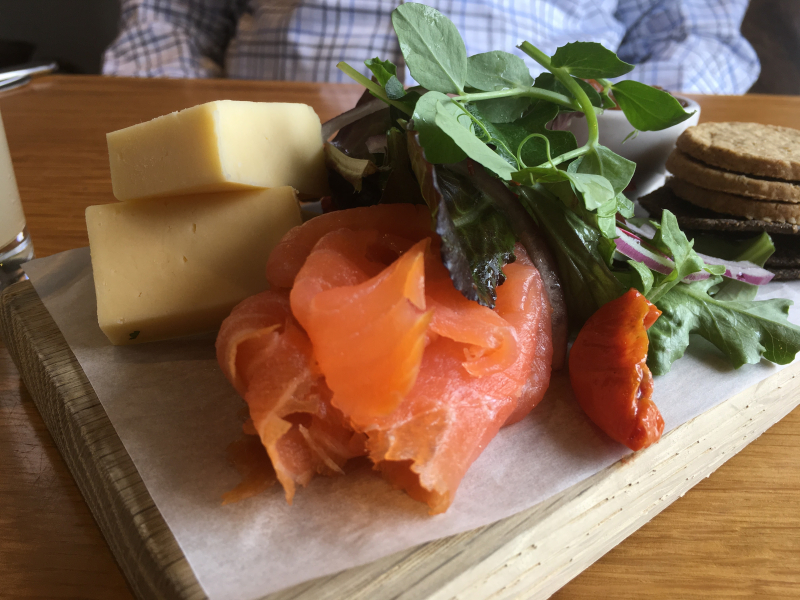 After lunch we headed for Aberlour, hoping we could upgrade from the standard tour – but instead we found ourselves on the only Sunday tour offering with a couple from Seattle, a couple from somewhere else and 10 French men who appeared to be on spring break. There were an interesting group that challenged our soft spoken tour guide as they were constantly giggling, snorting, coughing or spitting. 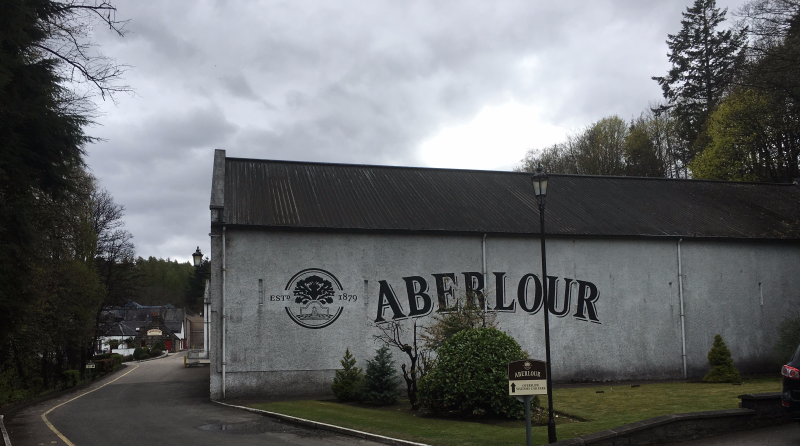 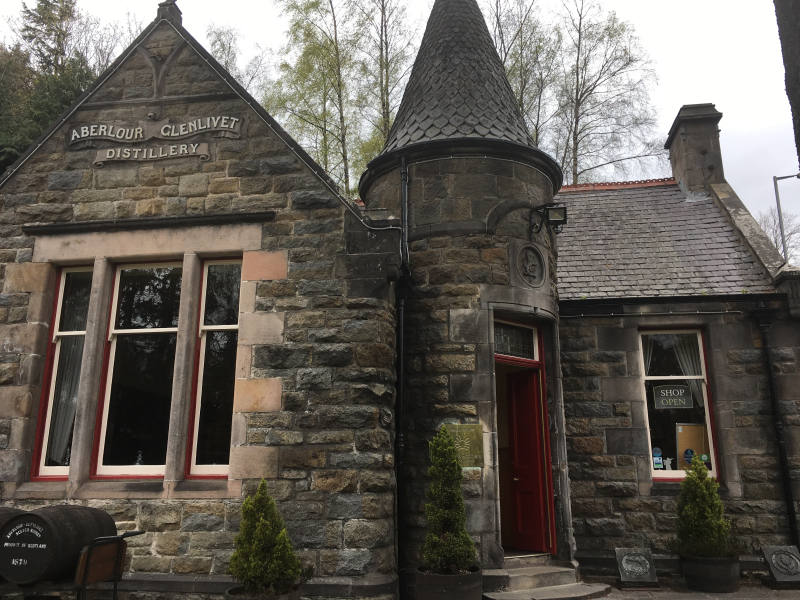 Aberlour is built along a stream with a sacred spring – as a result they pay respect to the history of the area in their tour. I wish I could say more about the spring, but the extent of the message was that it was believed to be sacred and here is our artistic wall honoring that and the history of scotch making in Scotland. 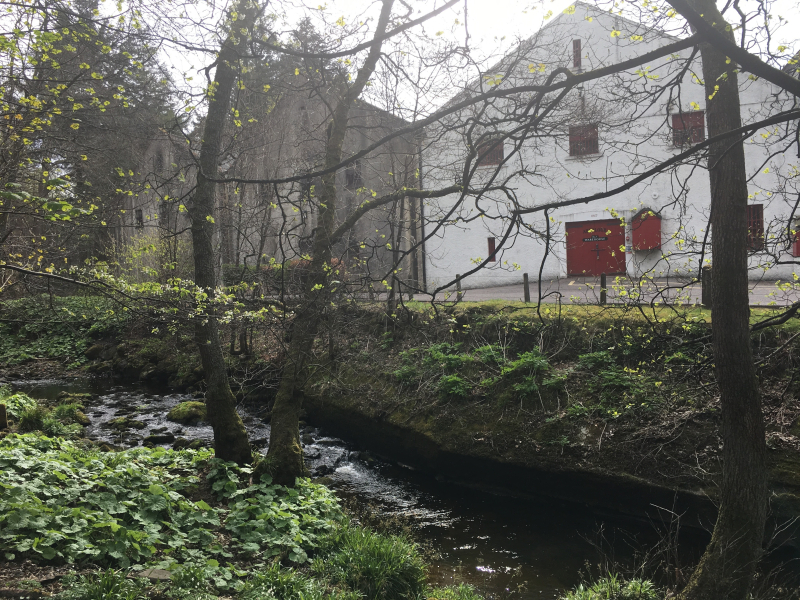 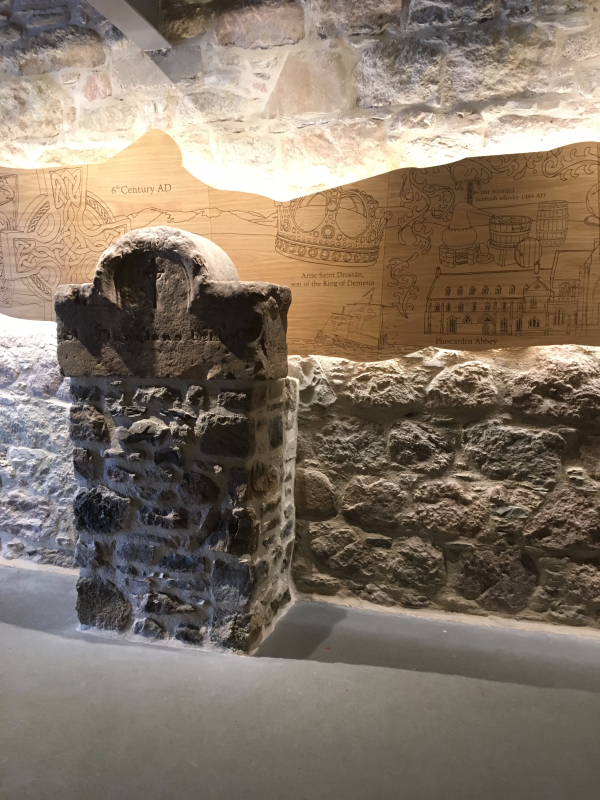 For a small distillery, Abelour did quite a nice job of presenting its history and the impacts of its original owner's philanthropy on the community (including leaving money for a hospital, community hall, and bridge in his will). 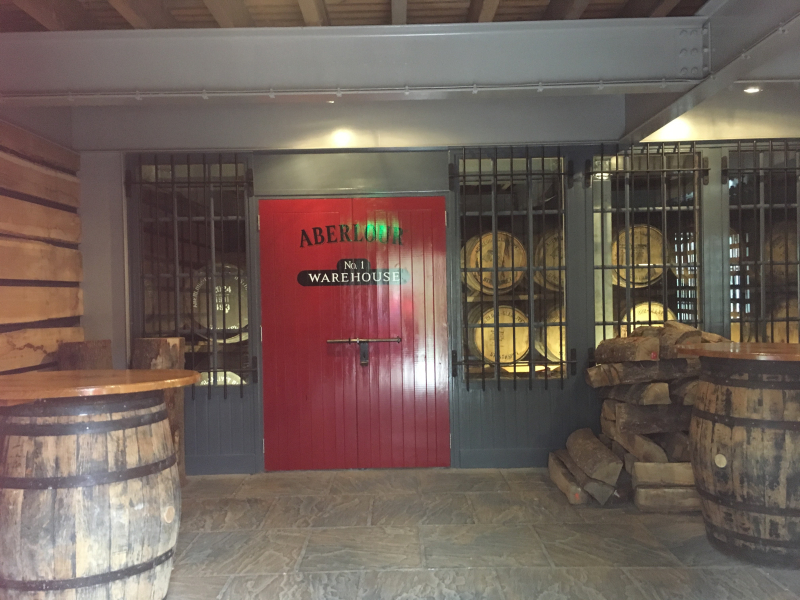 Aberlour ages most of their whiskies at some point in a sherry cask providing them with a significantly darker rich almost red color. I thought for sure because of this and my previous tastings of sherry casked whisky that I would love all of their scotch. I personally did not, it was too strong or other challenges for my palatem but it was interesting to see how even with similar ingredients the product can taste so different. 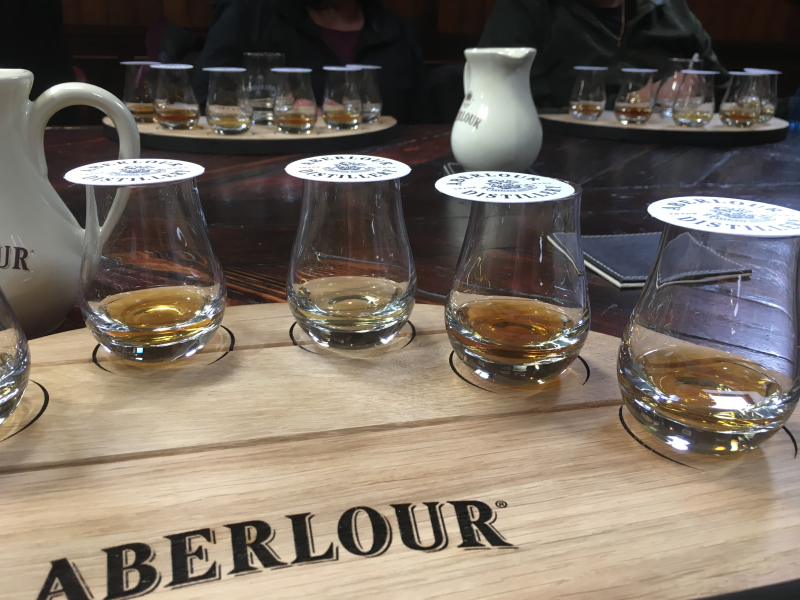 After our tasting the weather was still holding so we decided to take our innkeeper and tour guide's advice and try the little walk to the waterfall along the stream.  It was beautiful and so nice to just hear the water move along in the forest. 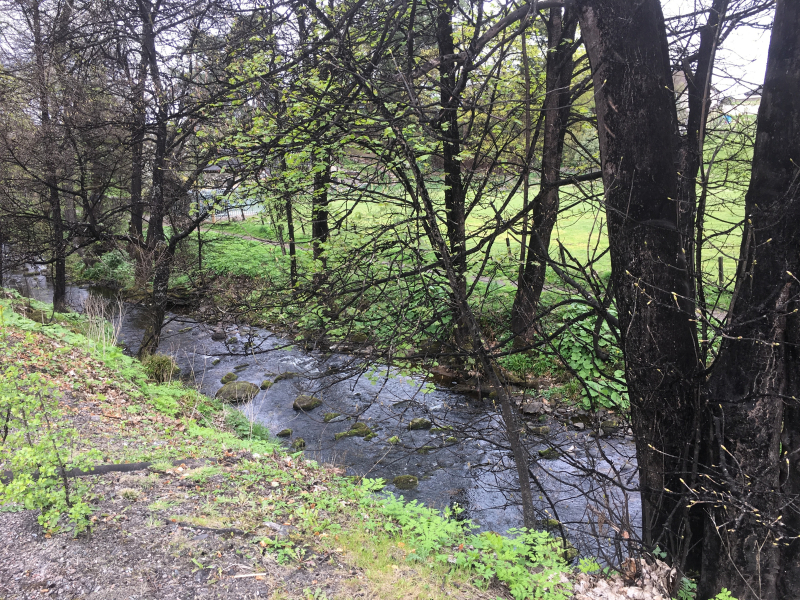 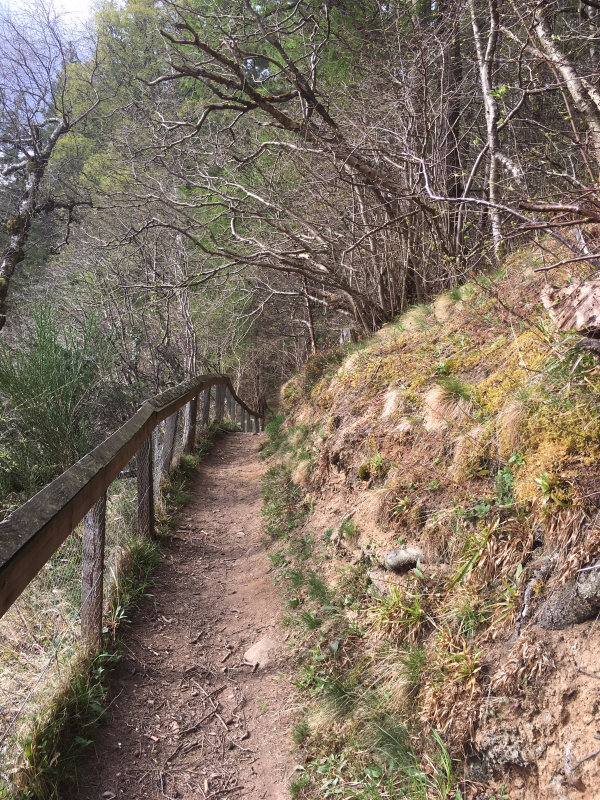 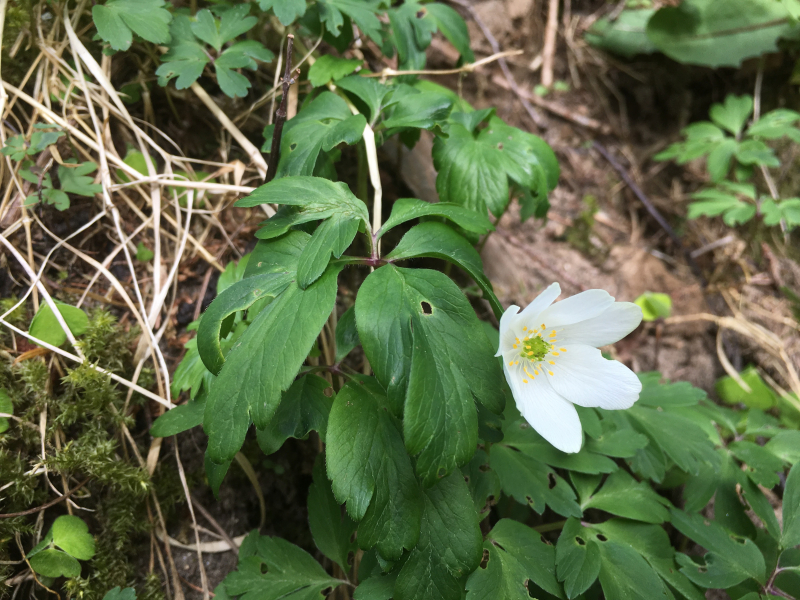 The walk and the weather so pleasant we decided to keep it going and walk into the town – but just as we crested the hill to take in the sights of the local clock tower and graveyard the wind switched and a cool arctic like breeze bordering on wind started to blow. 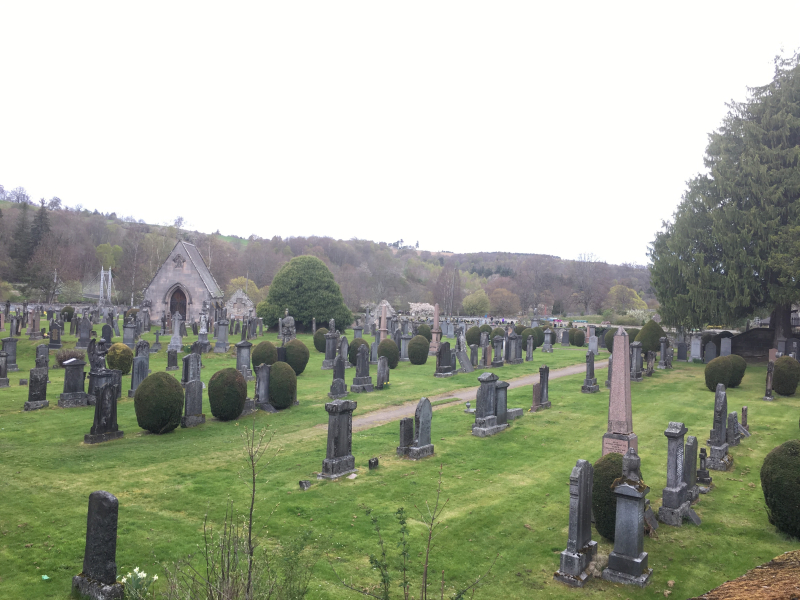 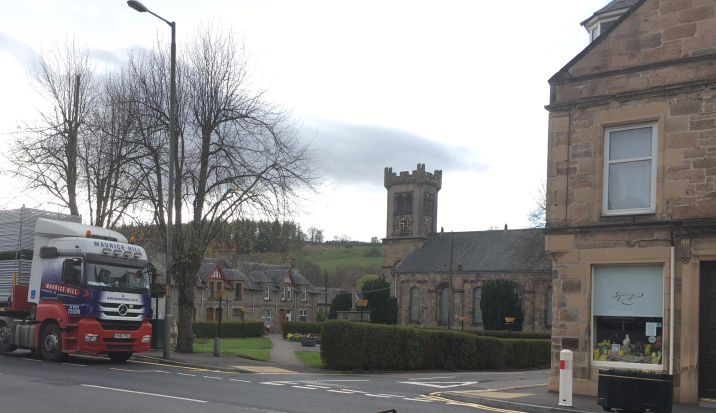 It was now a cold Sunday and everything in town was closed. 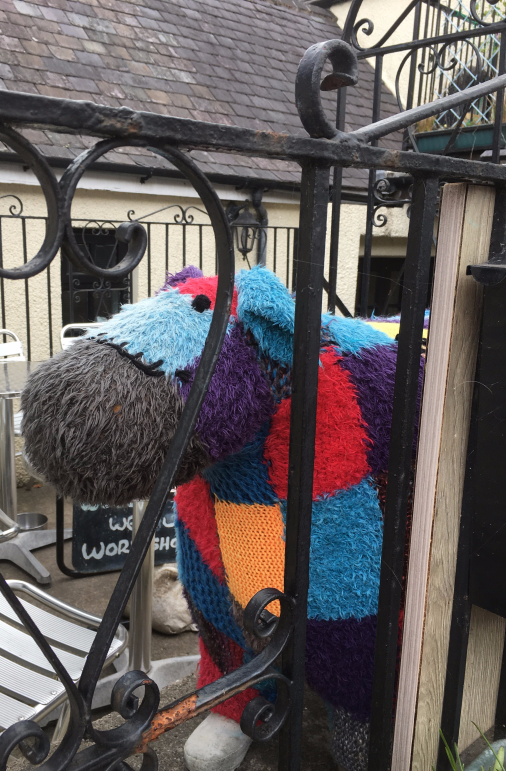 We called Dufftown Taxi and went in to have a very awkward pint at the local public pub inside the Aberlour Hotel while we waited. We clearly looked like tourists and it was obvious that we were supposed to have stayed inside the roped off hotel restaurant area, but it was empty of all life so we attempted to enjoy the atmosphere of the rugby match watchers and English Billiard players. 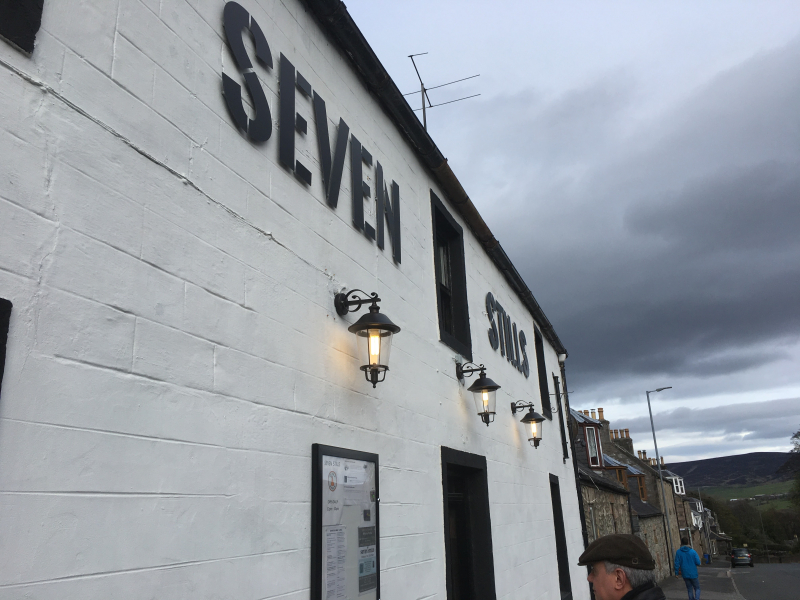 Soon we were rescued and brought back to the tourist safety of Dufftown where we decided to try our luck at the new historic whisky and food establishment called the Seven Stills for dinner. 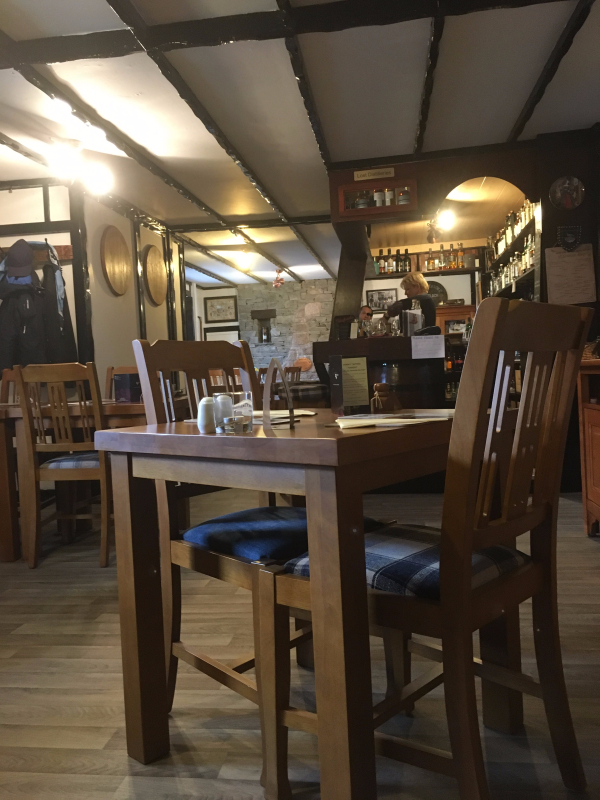 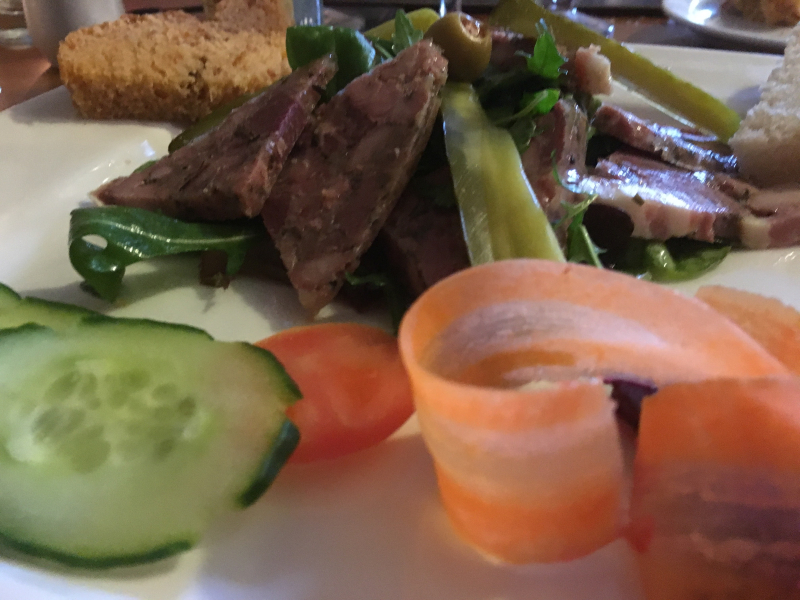 We were in for a treat with French inspired Scottish pub food.  I ordered a venison terrine that was just phenomenal and John got the venison pie which I failed to take a picture of – it looked like a pretty deconstructed shepard's pie. Seven Stills specializes in all things Scottish as far as drink and food is concerned – so we also tried some Scottish gins, tonic water and of course a whisky for dessert. Then we headed back to the B&B trying not to think about the looming fact that we only had three full days left in Scotland.