Its been months since I wrote about my travels.  Since December I've been a few places (including a trip to San Diego for a family reunion that I'll write as a prequel to this trip) but I guess I wasn't called to write about them. But now I'm on vacation – so its time to share all the details. As the theme of last year was grand East Coast adventures, this year it is all West Coast – from Oregon to sunny Southern California's San Diego. 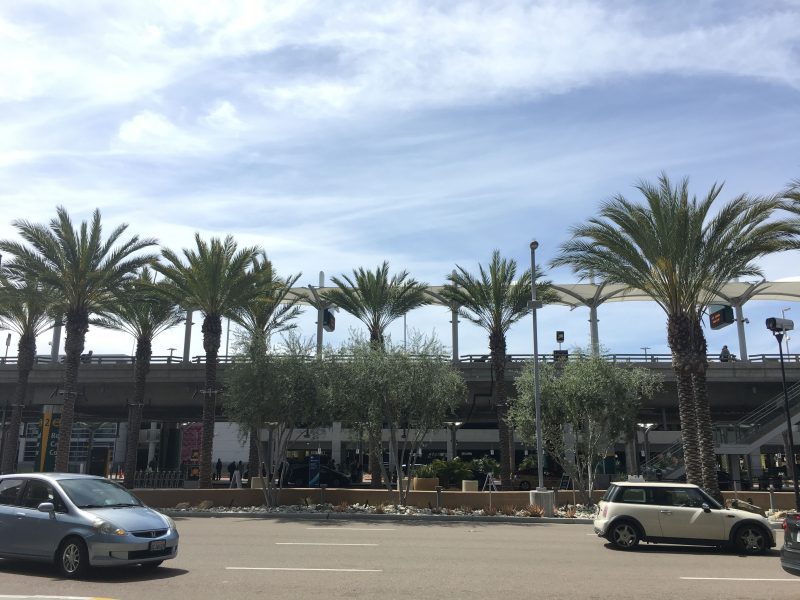 I walked out the doors of the San Diego airport after picking up my luggage and couldn't help but smile.  The sun was shining and I had no where in particular I needed to be. My friend Karla was on her way to pick me up and we were going to the Hillcrest Farmer's Market.  Nothing like landing in a new city and getting to go to one of the biggest Farmer's Markets in the area.  And there were so many Farmer's Market-y things to be tasted!! 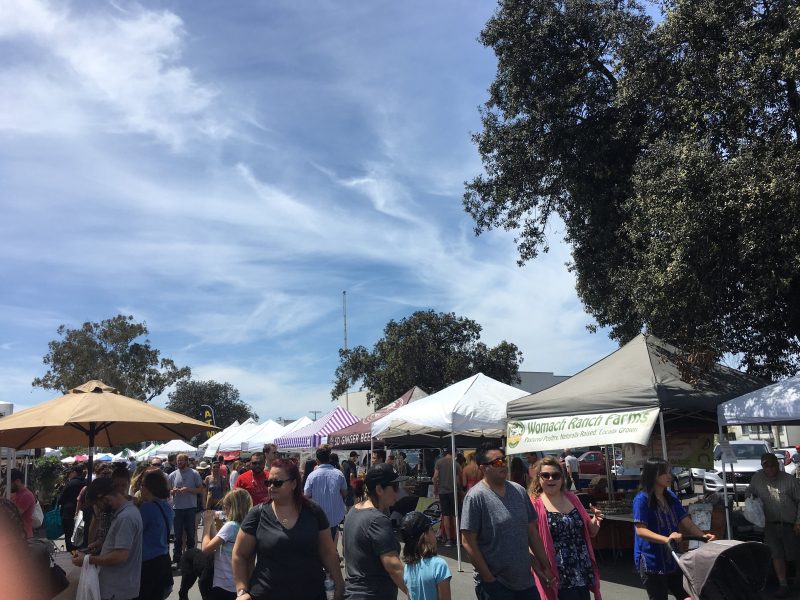 There were cauliflower based dips that tasted like salted caramel, dairy free soy free coconut cream yogurt that danced on the tongue, seaweed kraut that tasted like seaweed sauerkraut, kombucha, ginger beer, cold brew coffee, fresh eggs, produce, nuts, berries and all the tacos. to eat. There was so much and more, I could barely sample it all, but I tried, and then I purchased many stuff and things for my friends and our breakfast including the coconut cream yogurt, the seaweed kraut, and this rainbow of farm fresh eggs. 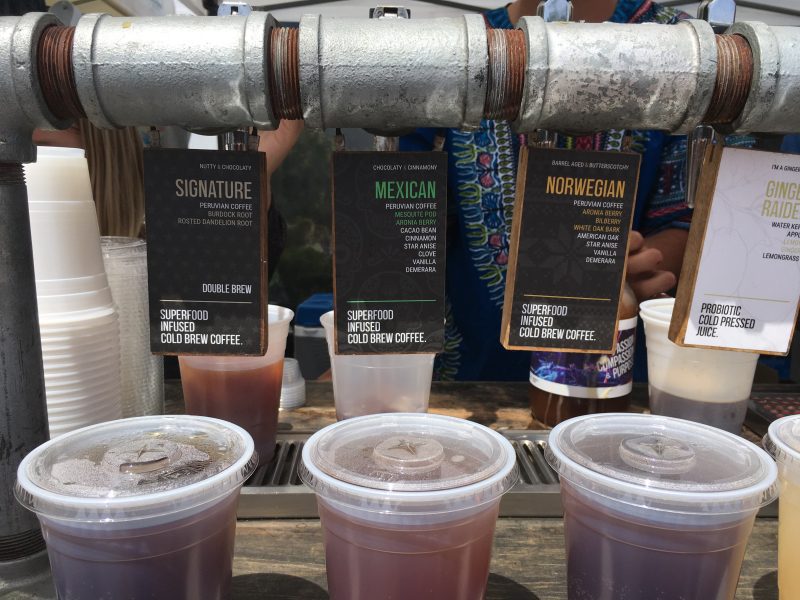 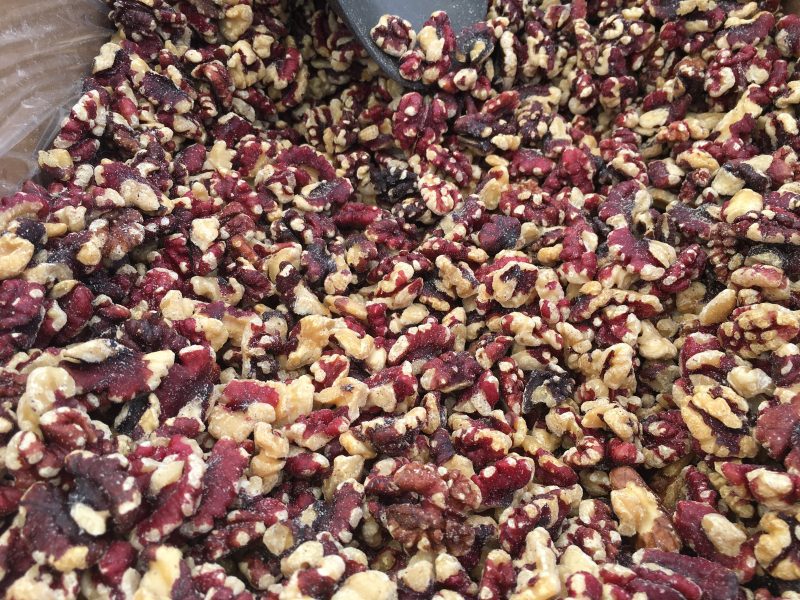 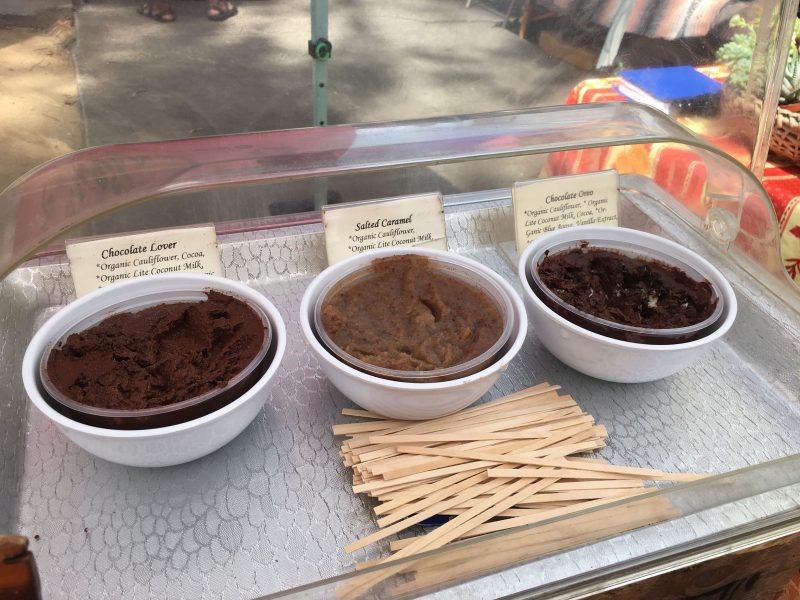 My favorite tasty treat was the shrimp taco on a cassava tortilla – which was delicious – the taco and the tortilla. The cassava tortilla was light yet flexible and crisp and had an almost pillow like texture in the mouth. And the perfectly seasoned shrimp with fresh cilantro and pickled things on top of it – yum. It hit the spot in the now hot San Diego mid-day sun. 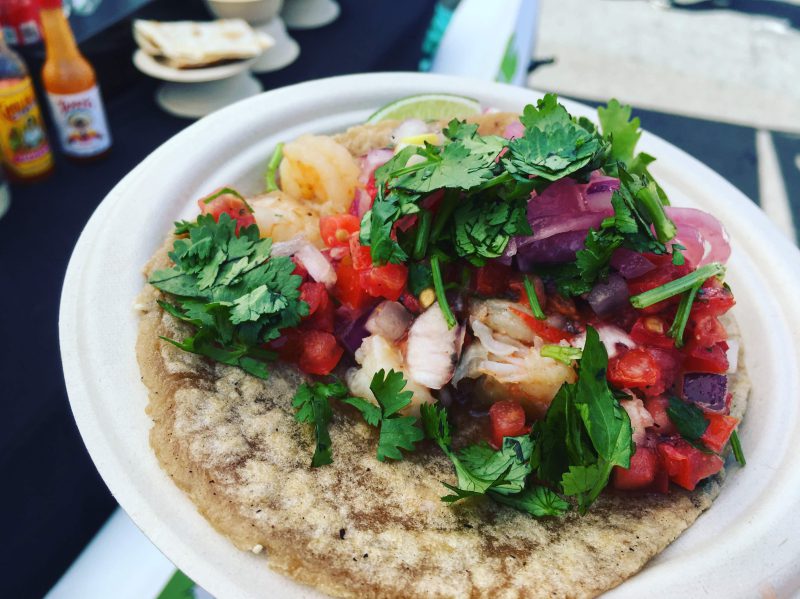 Meanwhile, even the cats were able to get into the action – as you can see here with this woman with her two cats in a stroller.

After two hours and four bags of groceries from the market, Karla took me the long way around so I could go check-in to the Airbnb for my friends. Interestingly enough, the Airbnb had not answered any of my questions or updated our listing with directions, instructions for check-in or anything that helpful – so I called.  No one answered.  I left a message and as we were driving towards the destination hoping for communication – got lucky. Our hosts called me back and said the house was ready and gave me the entry code for the lock box. 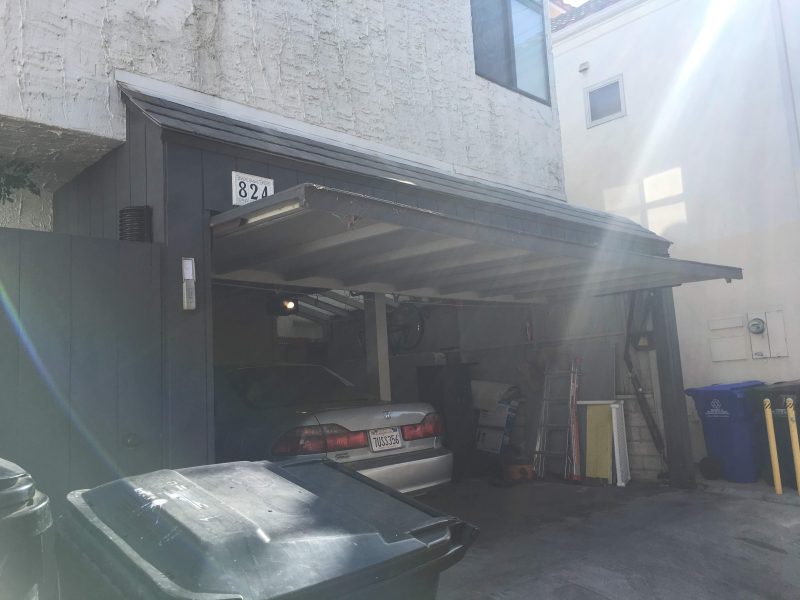 Luckily, she also gave me the code for the garage as there was no actual door, or access to the front door lockbox except through the garage.  That is after we found the place in the maze of Mission Beach one ways streets with addresses that don't really exist. Upon entering, the garage was filled with junk, including an old mattress and some random furniture. Nothing looked like the brand new remodel beach house on the listing, and when I stepped into the kitchen from the front door I noticed that the bedroom looked a little less than perfectly ordered and that there were dirty towels in the bathroom. It also smelled like bacon. Upon deeper examination, Karla and I found that the Airbnb really did not have clean surface anywhere to be found in it. 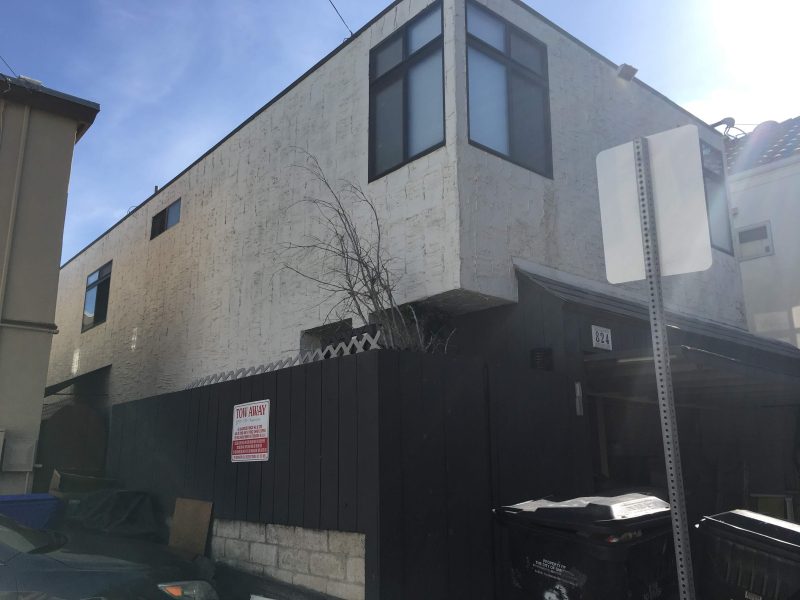 I called our host back who said "I was just going to call you! It turns out our cleaner didn't get there today because she was in an accident."  I replied "Well, I was just calling you to say that if your cleaners said they were here, they lied."  She laughed and said "Don't worry, just make yourself comfortable and the cleaner will be there as soon as they can."  I said "We'll just make ourselves scarce until the cleaning is complete."  As there was literally no where to sit without feeling like we were in someone else's leftover dirt. Eww.

So we went for a walk on the beach and I called my compatriots to tell them to not go check-in to the Airbnb as it was far from ready for us. Karla and I, on recommendation from a local went to Cannonball Sushi for an afternoon snack to pass the time. 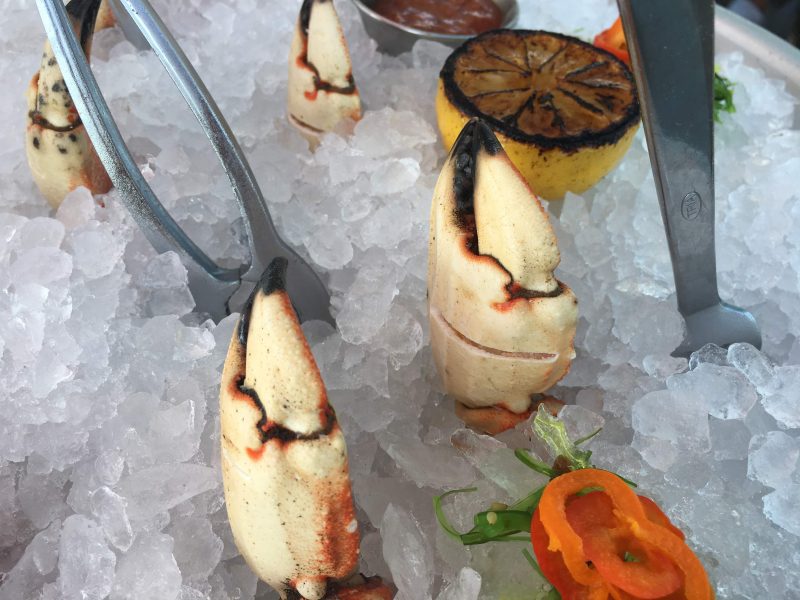 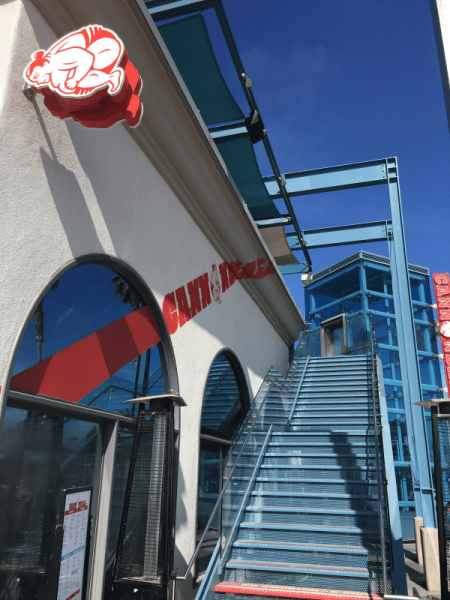 I would not recommend getting the Jorge Crab at Cannonball Sushi. It was either previously frozen or it is just really hard to eat and not super good. We managed to get little crab pieces everywhere and destroy the shells of everything on our plate and make a big mess – but eat very little crab.  The sashimi was good though, but I didn't take a picture of that or the enhanced behind of the woman who walked by me while I was contemplating the sun and birds. There is no way that woman's butt could be real as her size and stature was so small but her behind so luscious and perfectly round – like a little ottoman cushion attached to her lower back.  As I stared at the lady's behind I asked Karla "Is that an actual butt-job?"  She nodded and said "Welcome to Southern California." 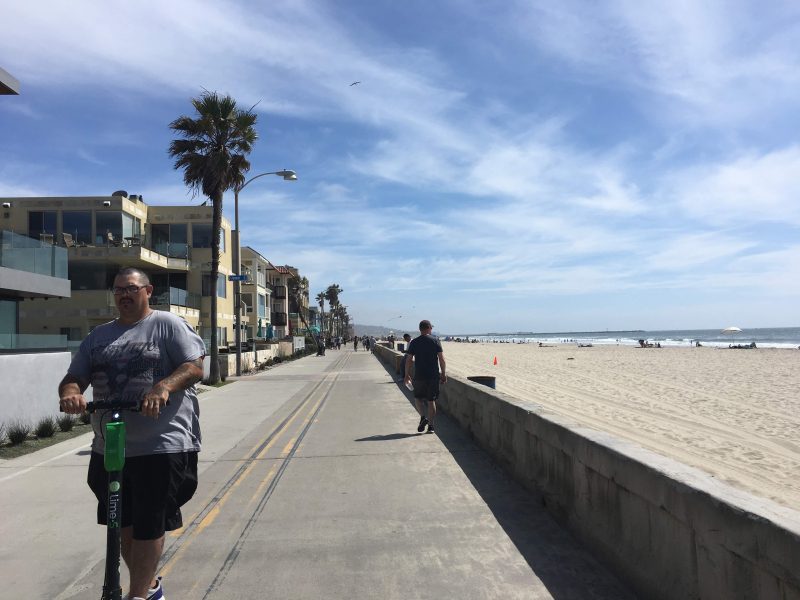 Eventually, about 2 hours after check-in time came and went, the Airbnb was clean and all of us arrived there to begin vacation – but it was definitely missing some of its 42 amenities including internet, beach cruiser bikes, functional pans for the "gourmet kitchen," and coffee mugs for the 6 persons who are supposed to be able to stay at the property, among other things. But we found unicorn rings in one of the random junk drawers in the kitchen and decided it was a sign of positive things to come.