Finally, on day six in San Diego someone insisted that we go out for breakfast. So fine. Twist our arms, we went kicking and screaming to The Mission – one of the best breakfast establishments in San Diego, just a couple of blocks from our Airbnb. 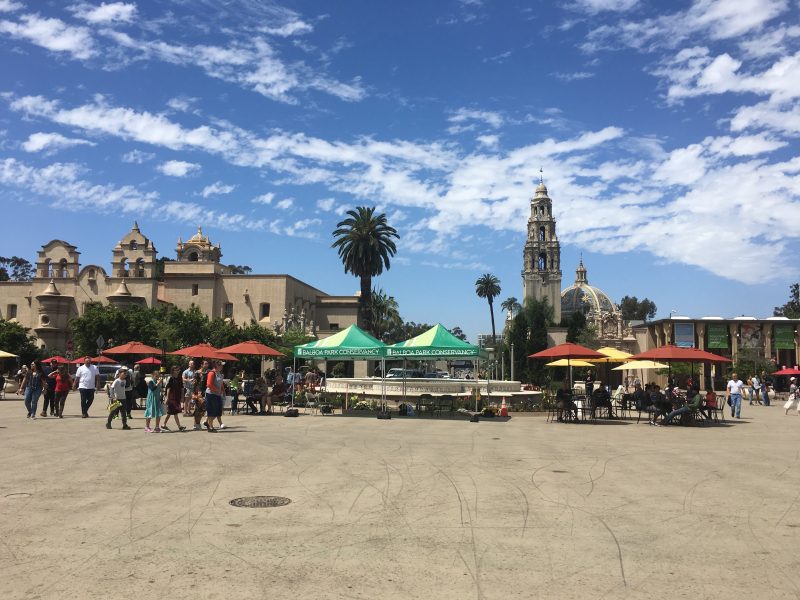 The plan for the day – Balboa Park to learn some stuff and things and dinner reservations at Born and Raised – a steak house with a reputation for opulence of a Great Gatsby quality. 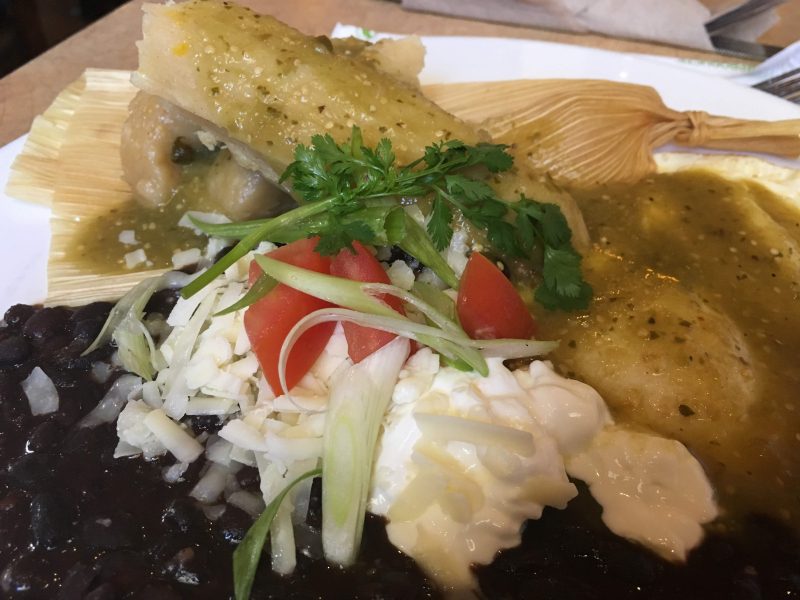 At The Mission I ordered the vegetarian plate to get a tamale with corn and roasted peppers – it came with the most amazing black beans I have ever eaten. We all tried them to analyse where the smokey flavor was coming from, as they were vegetarian it could not be lard or any type of meat broth – but they had so much flavor and great texture. I was very pleased with my breakfast. As were my compatriots – who got various forms of starch like cornmeal pancakes and the largest toast ever. But everyone agreed, the black beans won the day. 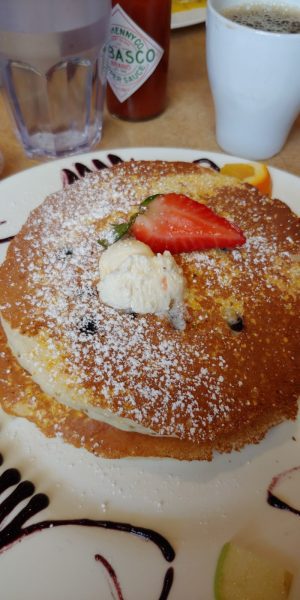 Breakfast ingested we headed to Balboa Park. I had a Lyft take us there and when we got to the zoo entrance the fellow driving us says "I don't know where you are going." And I said "To the main entrance of Balboa Park." To which we got a confusing sound that made no sense, so we just said, "Thank you, here is fine."  and got out when he stopped. 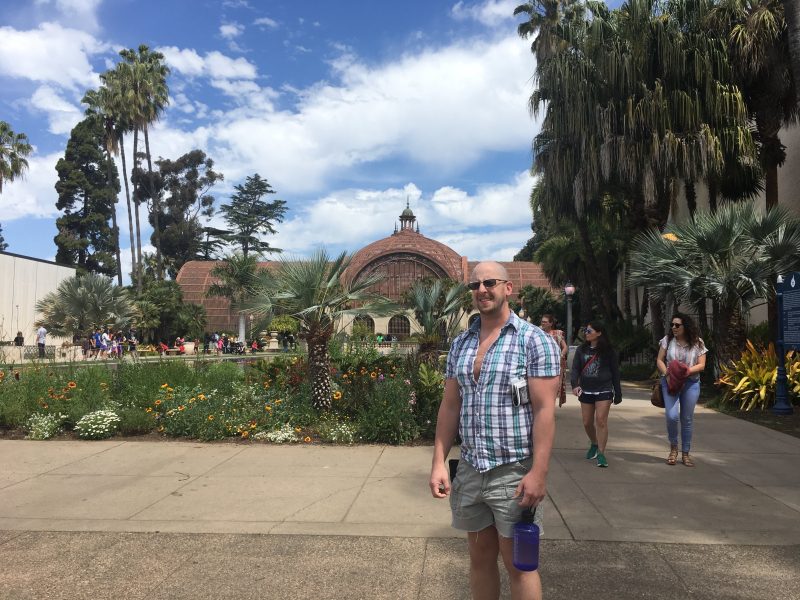 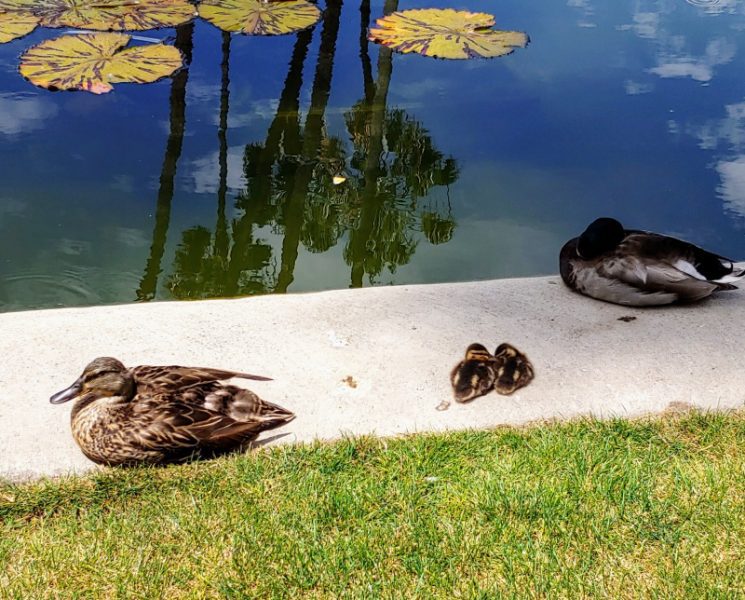 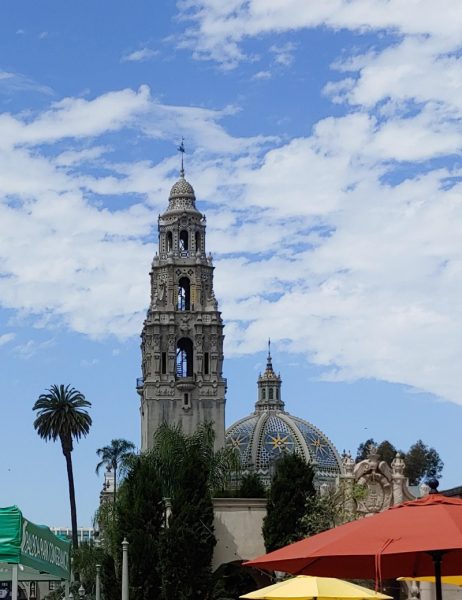 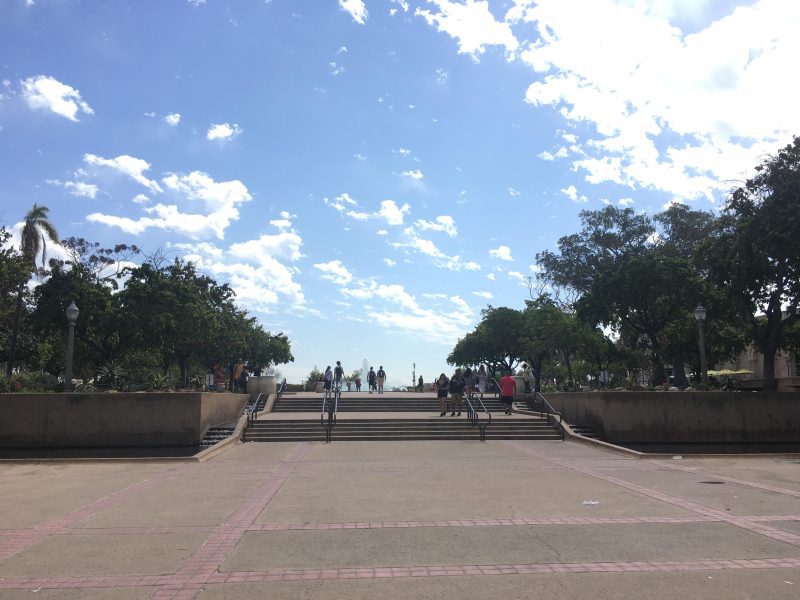 Why is the park central to the growth of San Diego, because it was the heart of the 1915 California Panama exposition – for the purposes of the expo the park was planned, an architect was hired to design the buildings, and many stuff and things in honor of the opening of the Panama Canal were brought to the park. The architectural designs developed by a New York architect based on a whimsical interpretation of Spanish European Art because the prototype for all the other architecture in the city. Meanwhile, the exposition, which went on for two years resulted in an economic boom for the city and an explosion in population. 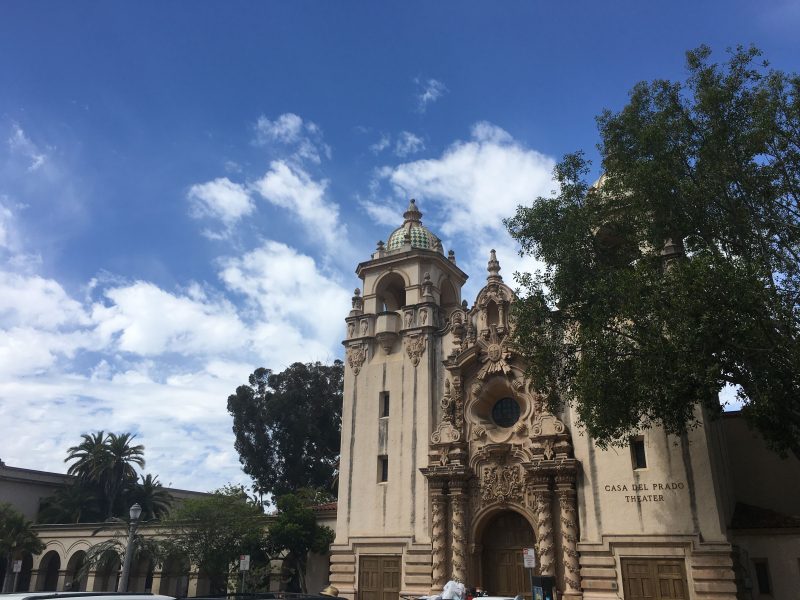 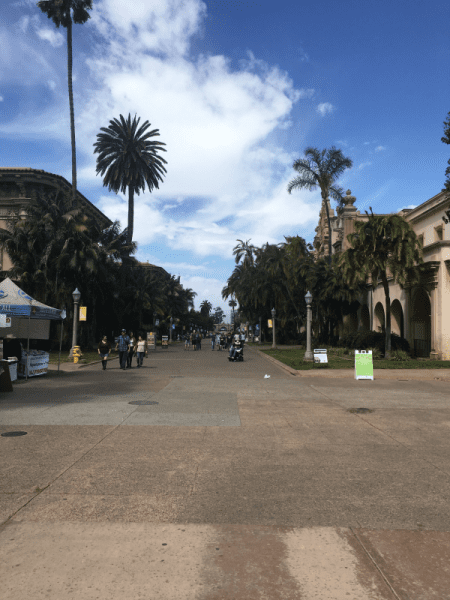 The success of the expo was such that they did another one 10 years later, and again exploded the population followed by the military boom of WWI and WWII that eventually was so large that they had to commandeer Balboa Park to house all of the military personnel who were stationed in San Diego. Thus if it wasn't for one developers thoughtful city planning to reserve a big chunk of land for a city green space San Diego may not be the city it now is. And, interestingly enough, it cements that San Diego is literally built on tourism as its primary driver of economic growth, followed only by the military. Both of which are encompassed in the park. 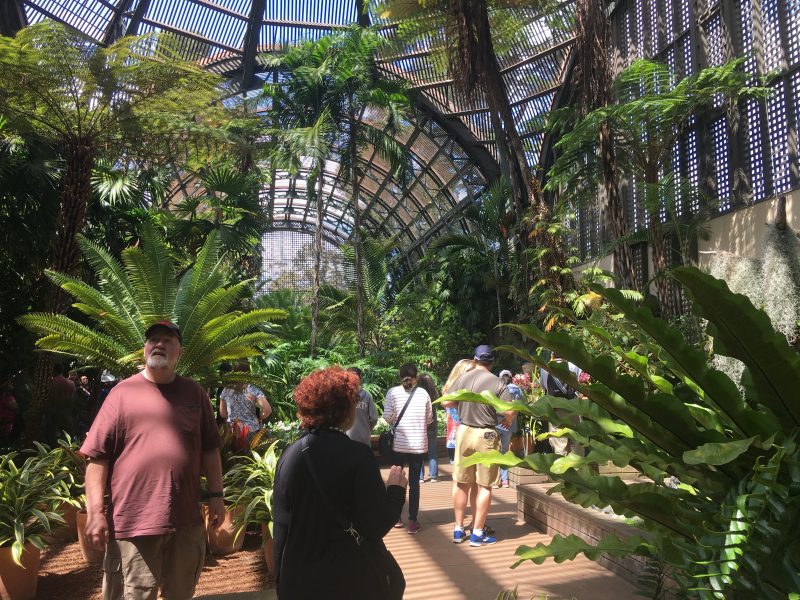 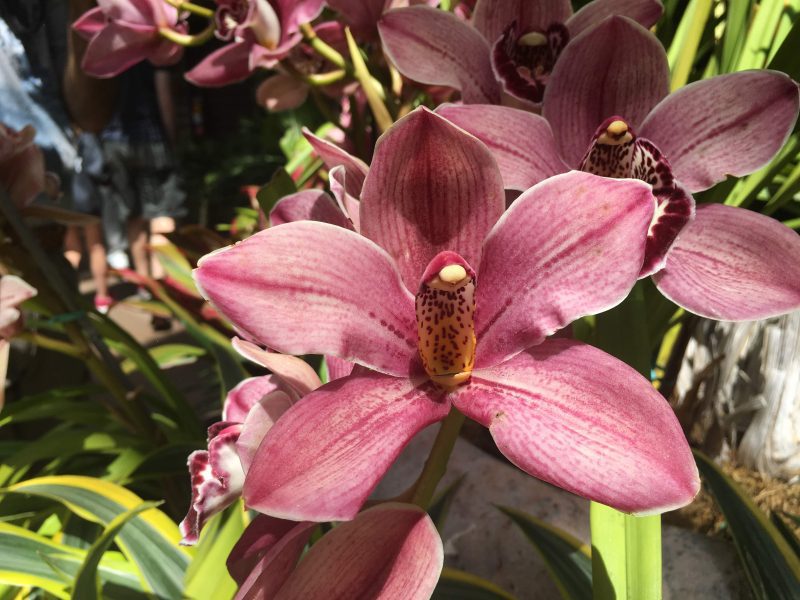 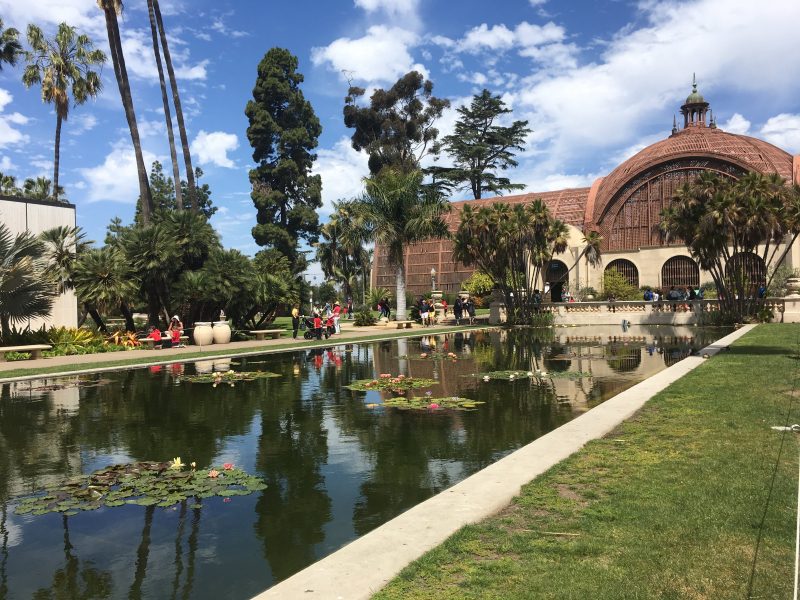 The park is now home to the San Diego Zoo, multiple flower and cactus gardens, about 16 museums of varying qualities/content and theaters of film and stage. While we were there it was the home of a food truck carnival and a bunch of construction. But we still managed to get our use out of the park and its museums. Including going to the San Diego History Center and the Museum of Man to engage with the Cannibals: Truth or Myth exhibit. 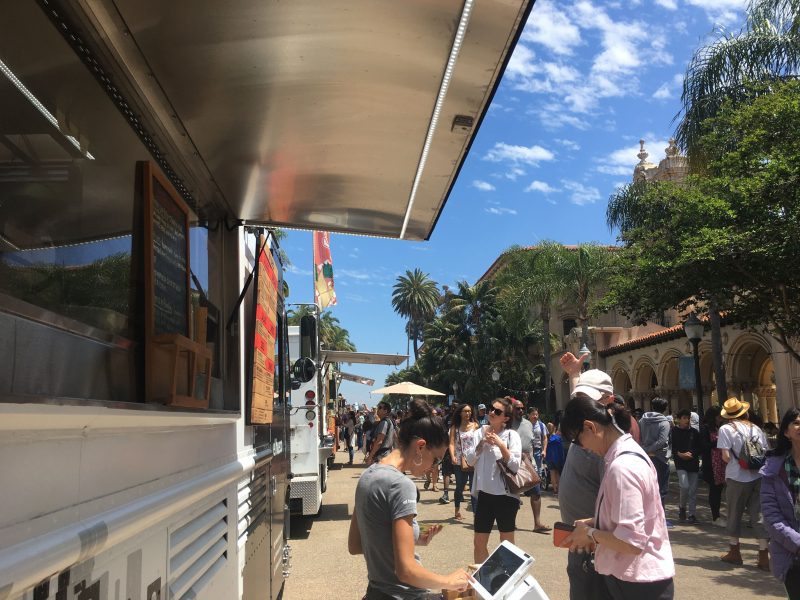 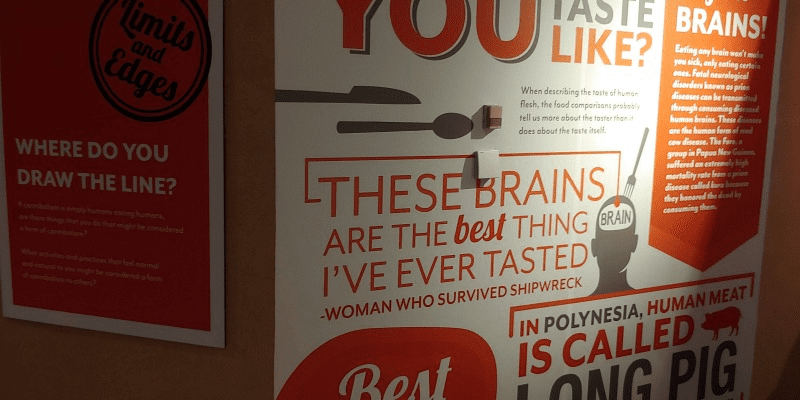 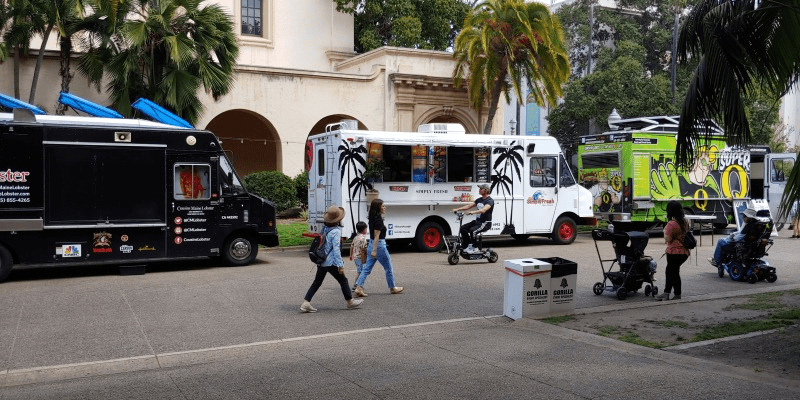 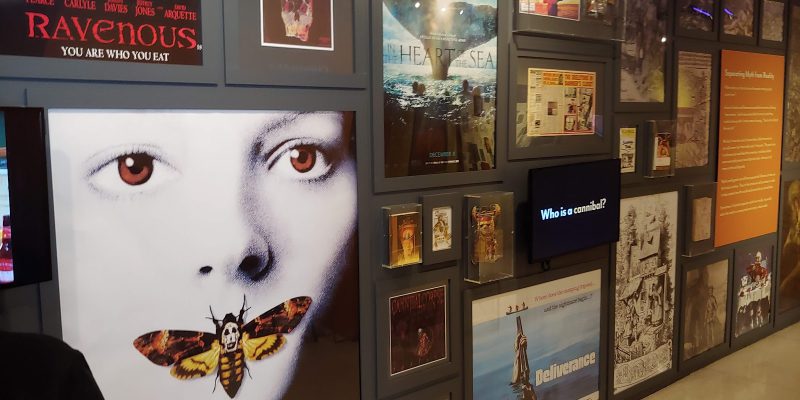 The cannibal exhibit was very dedicated to de-stigmatizing cannibalism. I get how it was used as a label in order for colonialists to reduce entire tribes of indigenous peoples into savages undeserving of the same rights as those who were conquering them, but there was a certain tone of encouragement, to entertain perhaps, that we are all cannibals and should therefore accept cannibalism like we might accept vegans. I leave that thought there.  Meanwhile, at the food truck carnival we got lunch, I ordered ceviche and yuca fries from the Peruvian Street food truck because ceviche is my jam and I've been obsessed with it all trip. 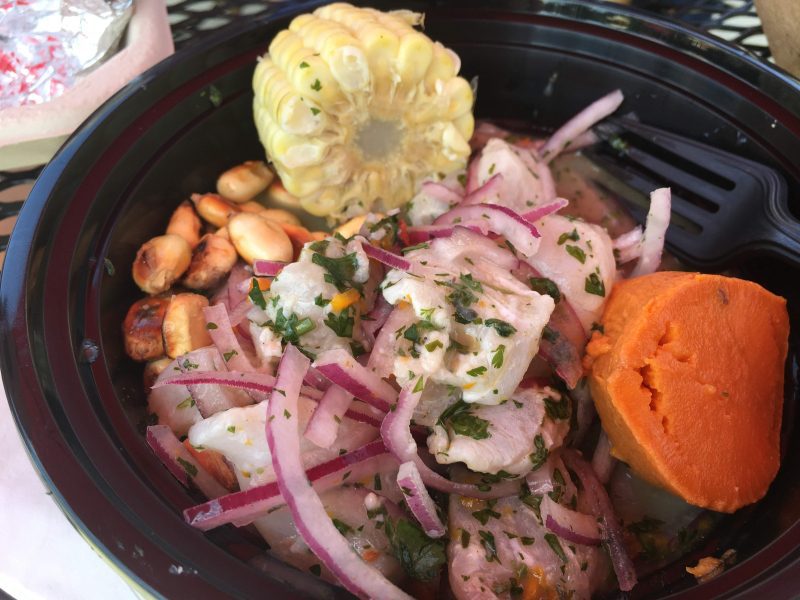 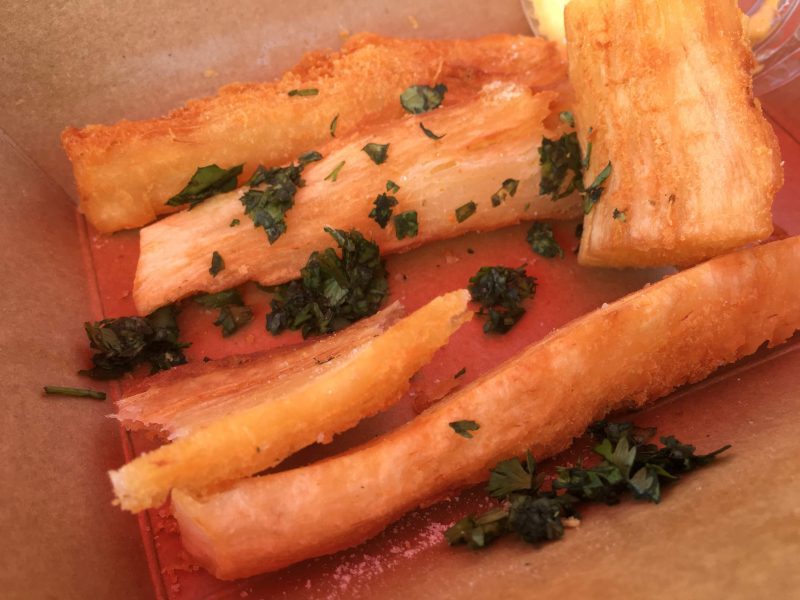 After lunch and museums at the park we took a little spin on public transportation through the Gas Lamp Quarter and back to our Airbnb to prep ourselves for our fancy dinner at the over-the-top steakhouse, Born and Raised. 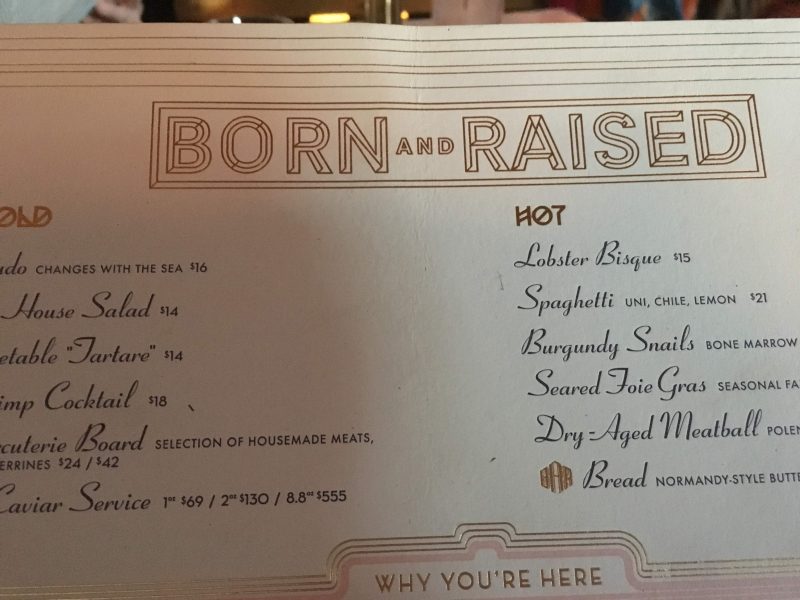 We had been searching for various forms of the menu online all day and reading reviews and raves about the place. The theme – opulent, the general consensus about the 7 million dollar restaurant project of a local restaurant group – success. The place to go and be seen and eat expensive beef and all of its accoutrements in Little Italy, San Diego. 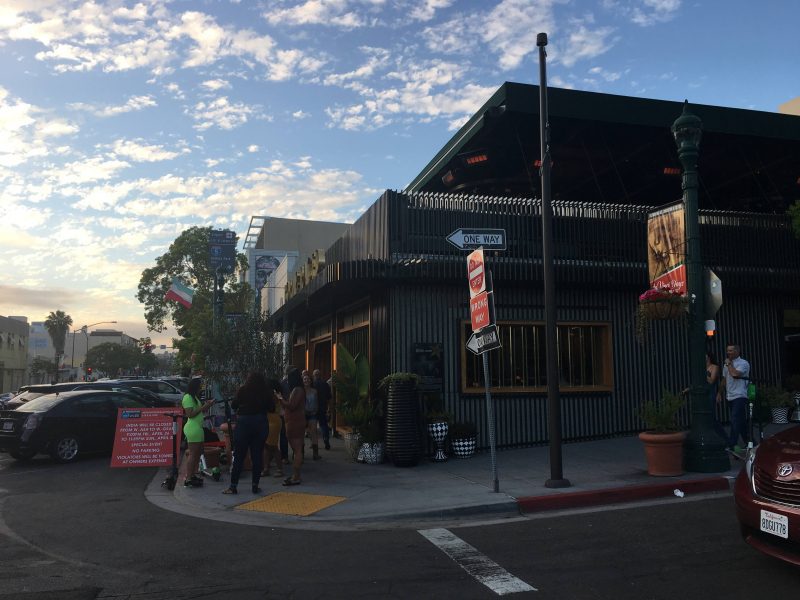 This was to be our one splurg on the trip and our deep dive into Southern California restaurant culture. It was definitely a trip.

This is us at the beginning of our journey. A journey into loud, chaotic, attempting opulence in service and options – but somehow ending up a river of machinations and expensive ingredients presented through theater. Eating at Born and Raised is like some type of Titanic/Great Gatsby roller coaster mixed with a loud 1980's cocaine filled rock-n-roll disco club, complete with sex in the bathrooms and Instagrammers documenting everything. If they got rid of the bar upstairs (and all of the drunk people in it) created more space for the various tableside service carts, and committed a little bit more training time to providing real white tablecloth service they might have something going on. In the meantime, it is sort of like failed plastic surgery. Expensive, well intended, but not meeting expectations. 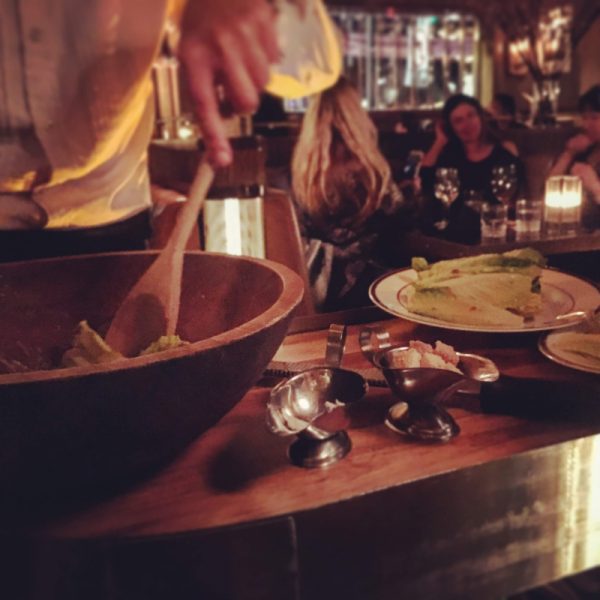 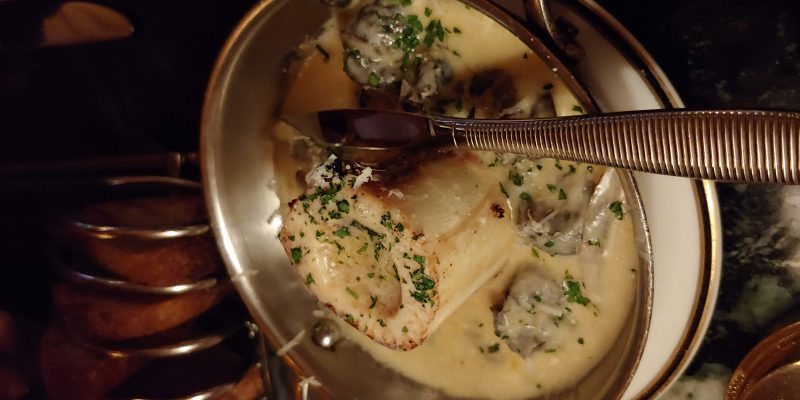 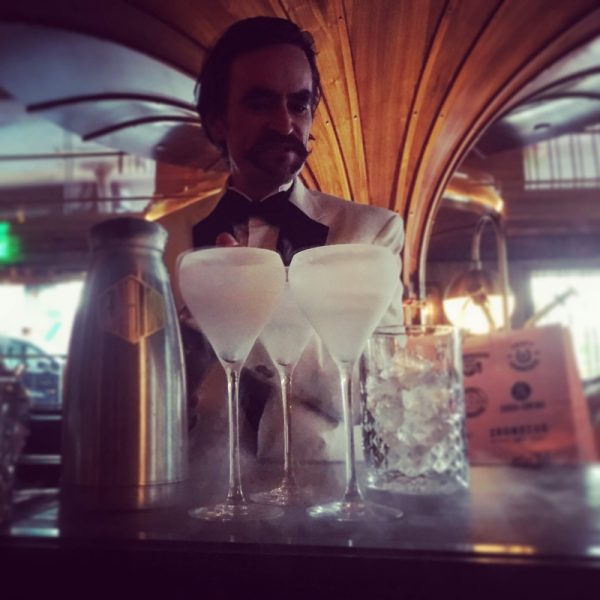 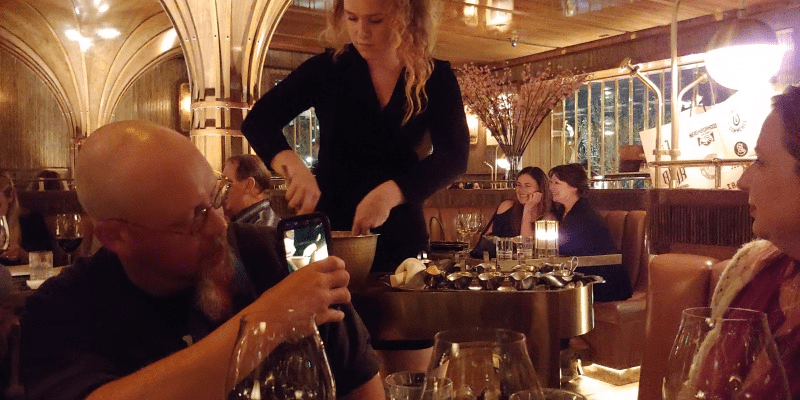 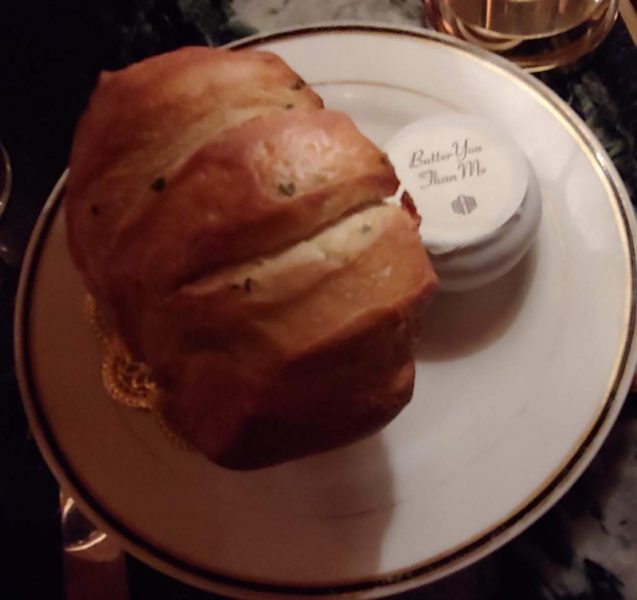 The food on the other hand was quite amazing – if only the pacing had been better.  But it is really hard to mess up a steak, especially if you start with good quality small farm raised. 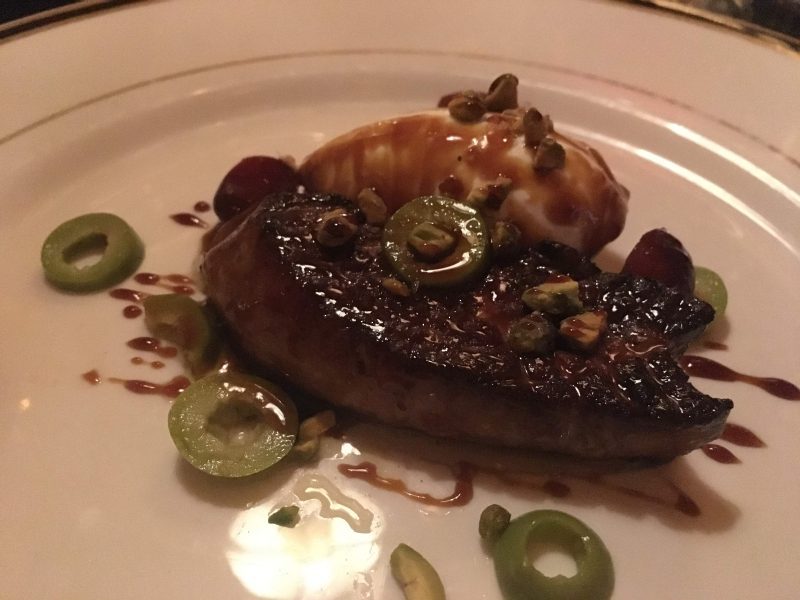 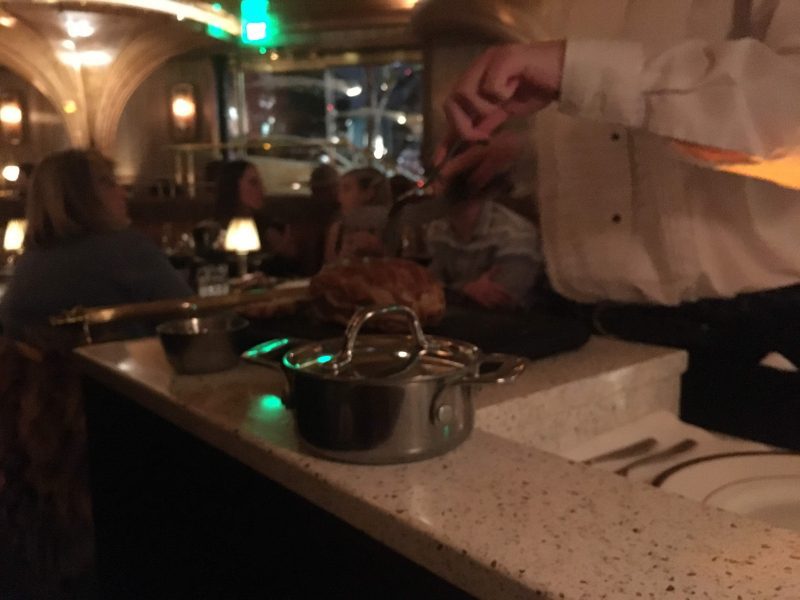 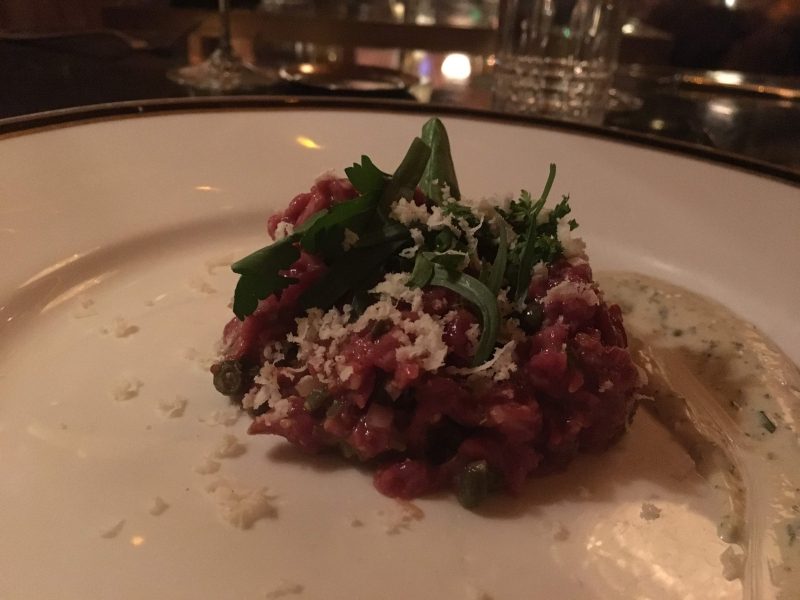 Dinner was pretty much a meat parade – starting with appetizers of snails, steak tartare, caesar salad, and foie gras.  Followed by our main courses of Beef Wellington, a tomahawk, a filet mignon, and my 3 ounces of Japanese Wagyu beef. 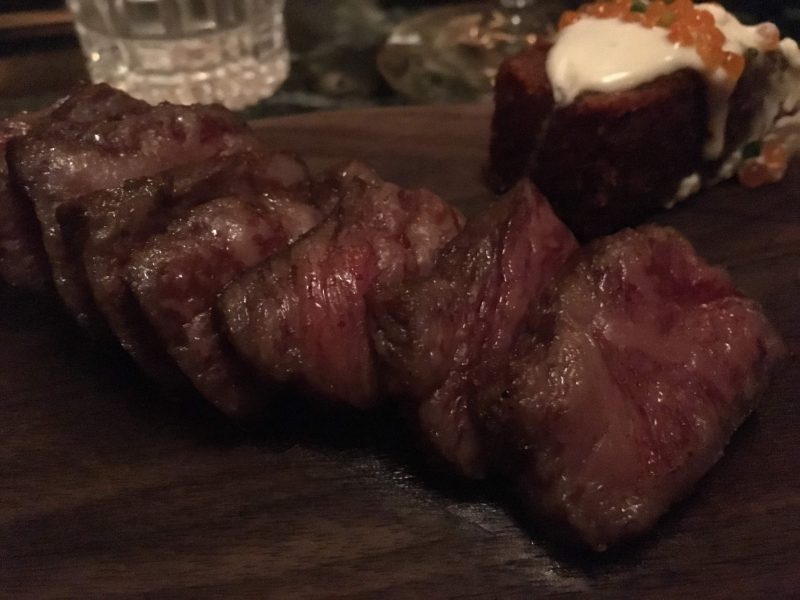 Wagyu beef is pretty much like beef butter -maybe even richer than butter, possibly it is the clarified butter of beef. It also expands in your stomach into a gushy brick of pure filling fat. This tiny bit of meat was the most filling 5 bites I've ever taken. It was also sooooooo good. Everyone else's steak was pedestrian by comparison at the table. Plus I got to check another ridiculously fancy food box next to caviar and fresh uni on my list of food adventures.