Today I caused a scene in the lobby of the Phoenix Park Inn Resort. At the end of it I was storming out with my luggage and they were offering me everything free that pissed me off in the first place – but it was too little too late. Ironically, the only reason I am in India in May, the hottest month of the year here, and Goa's off-season, is because I had reservations with my timeshare company to stay at Phoenix Park Inn Resort this week. 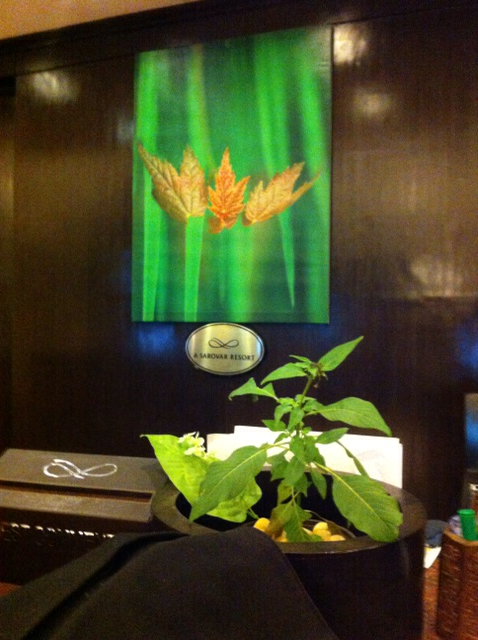 I now know officially that my timeshare is a bigger rip-off than anything I've seen in my travels here in India – but what can you do? I'll be on the phone with Bluegreen and RCI timeshares when I return to the states – meanwhile, on the bright side, the lovely hotel manager and staff of the Silver Sands Hideaway were tripping over themselves to take me in – so I'm back with them and my comfortable bed and now, as a bonus, free breakfast. 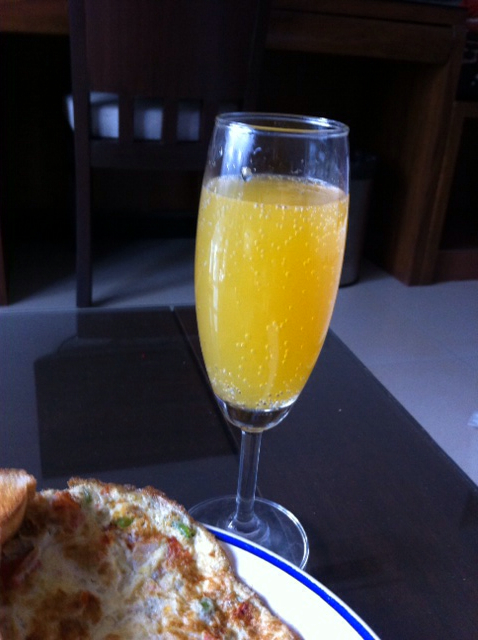 Besides the hotel drama it was a good day in Goa for Miss Angel. I had some pleasant beach time with Santana the cabana man and arranged a drop off of the unwanted merchandise with the beach ladies. Then I transferred hotels (albeit temporarily) to find a hard bed, ridiculously priced wifi access, a gigantic wedding party, and 500 rupee per meal food. Here is Jimbo pouting on the bed of the dingy studio at Phoenix Park Inn Resort. 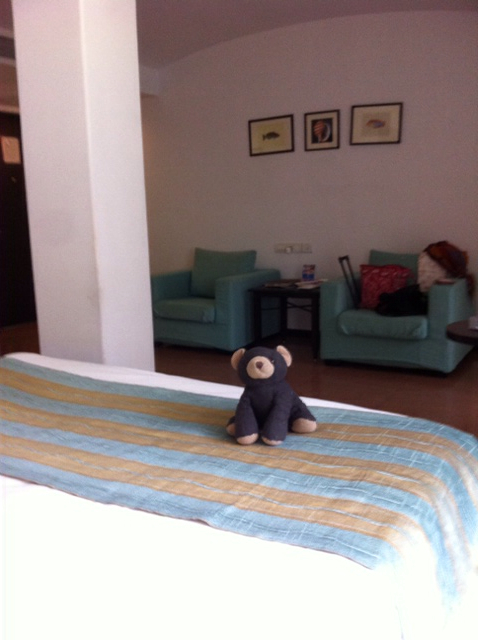 The good thing about this episode is it motivated me to go anywhere but the hotel – I immediately walked out and found a cab to take me to Panjim for lunch. The cab suggested I go to the Pondo Spice Plantation instead – sounded awesome so off we went. On the way we found horrible traffic 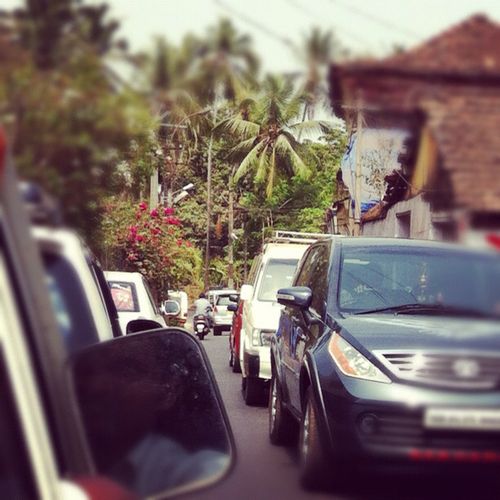 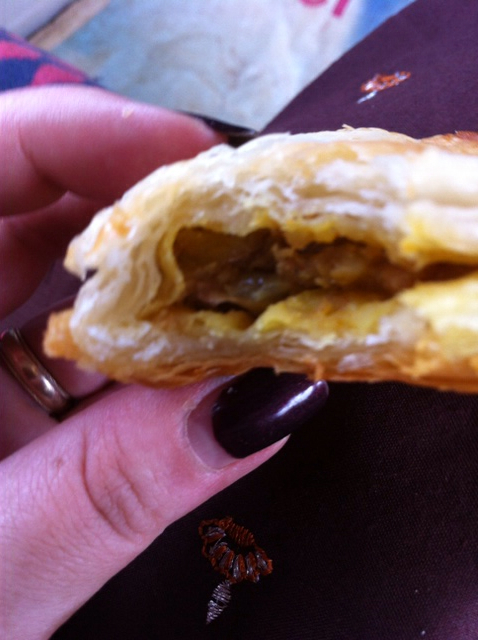 and an hour later I was looking at spices grow in their natural habitat. 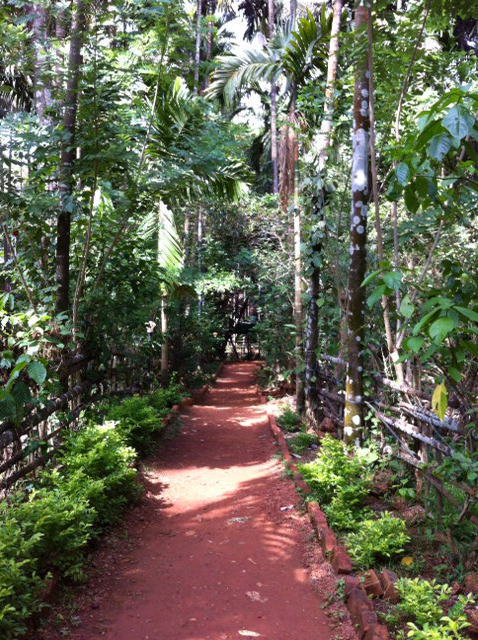 This is what a black pepper plant looks like (it's the vine). 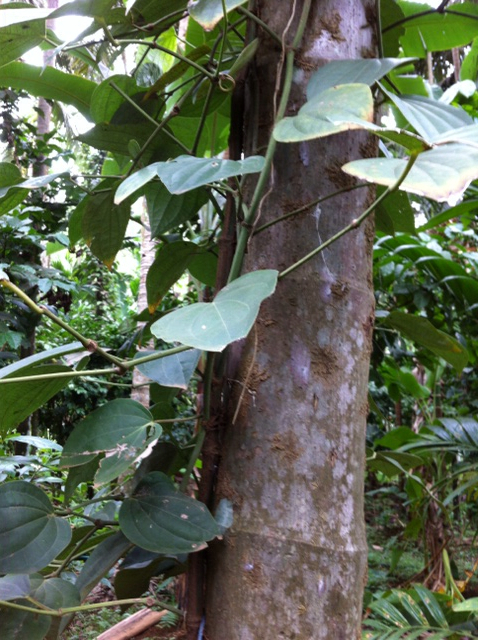 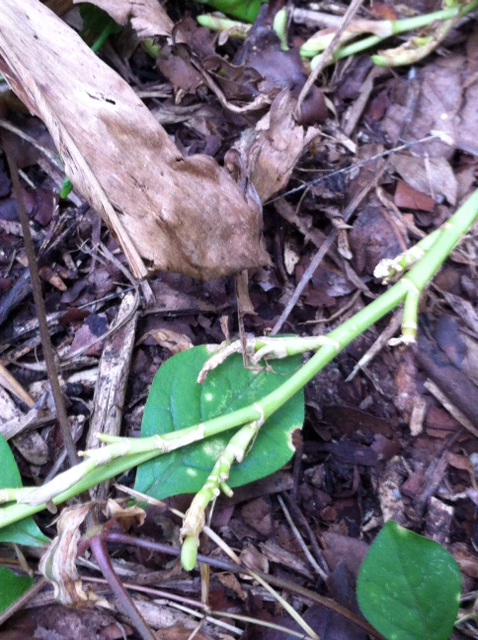 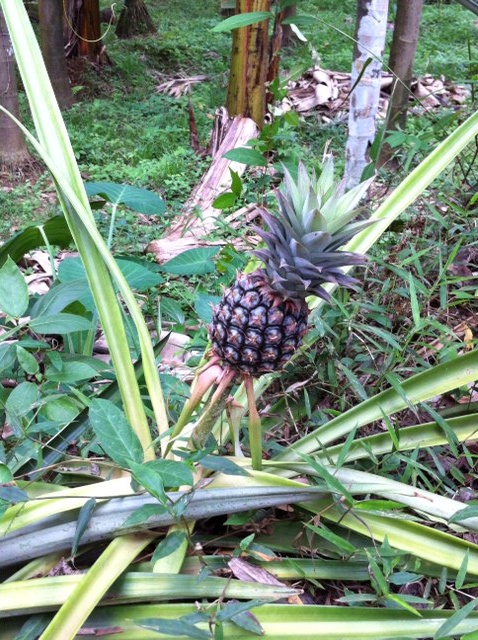 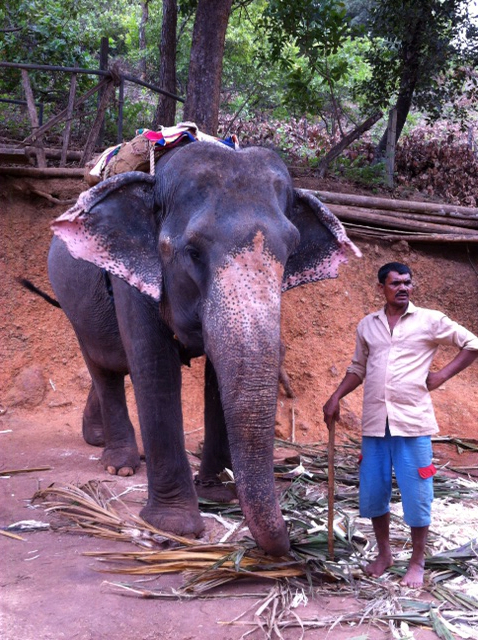 Me and the children loved the elephant – I'm not sure if he loved us back the same – but he didn't seem to mind my camera in his face. 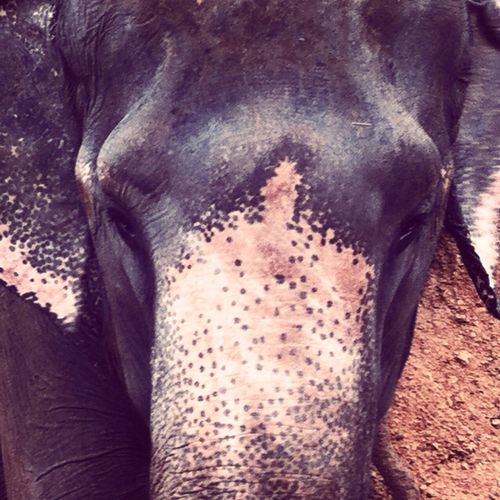 My spice farm trip ended with a loot of curry leaves and a taste of feni – the national liquor of Goa made of fermented cashew fruit. It's smoother than tequila but reminiscent of moonshine – I would not make a habit of sipping it. 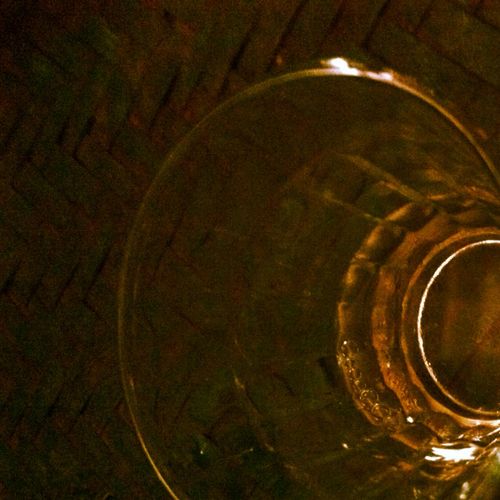 Spices and lunch out of the way it was time for temples and my awkward foreigner attempt at being respectful, semi-participatory and documentary all at the same time. 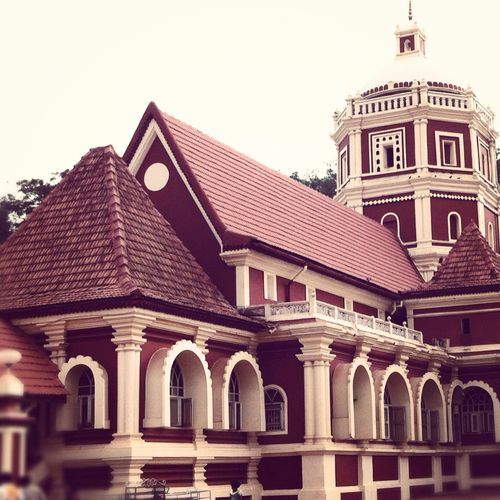 Shri Shantadruga – an oddly church-like temple to the goddess of peace and Shiva's consort Druga. Apparently, she is revered by local Catholics and Hindus. I brought her flowers but couldn't get to the priest because of my bad Indian queuing skills (it seemed inappropriate to push in the house of a peace goddess) so I just left the flowers on an unsuspecting family's offering platter, chanted a bit and left. 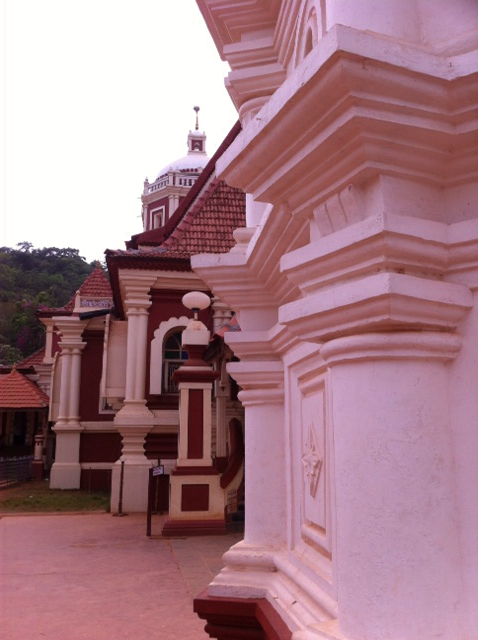 The next temple had a big sign saying NO FORIEGNERS so I didn't go in – my driver said the sign was not for me – just the Russians because they do not know how to dress appropriately- but I did not want to be that foreigner who ignored the sign. Last was Shri Manguesh – a temple to a local Goan god predating the Portuguese Catholic occupation – and now quite healthily post-dating it. 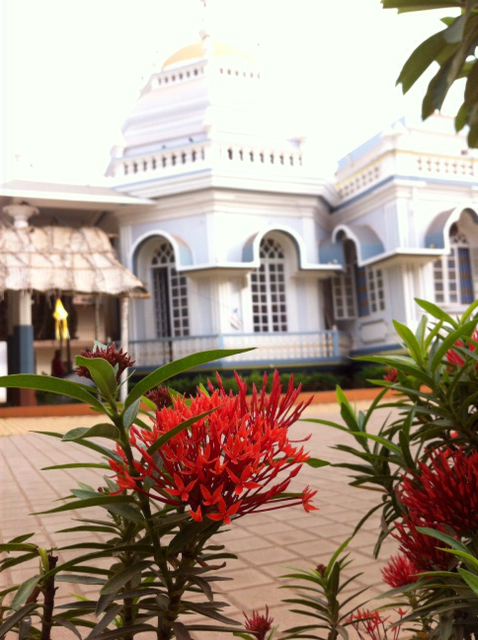 The rules of the temple are a cultural curiosity worth noting. 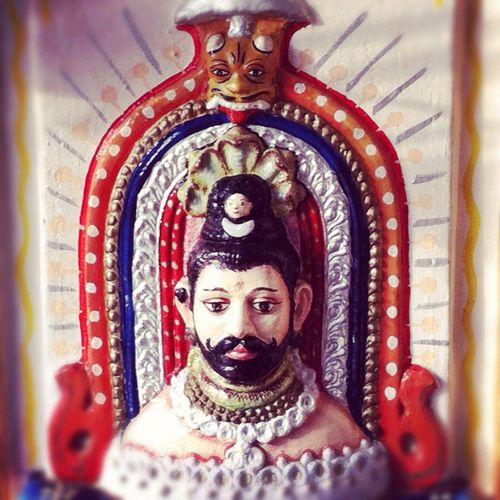 Temples and spices down it was time for dinner in Panjim. I went to Lonely Planet's top pick for Goan cuisine – The Upper House. 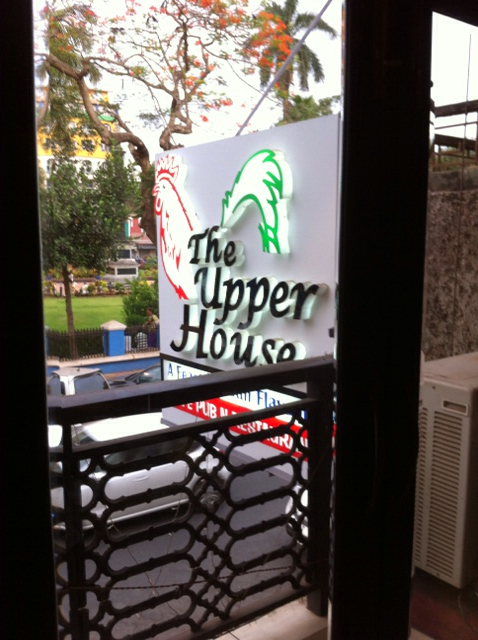 I was greeted with fine food and beverage including: Caldo Verde – a spinach potato soup flavored with nutmeg. 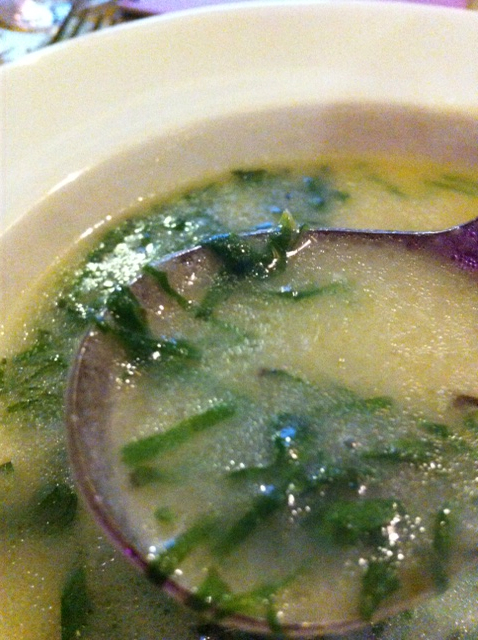 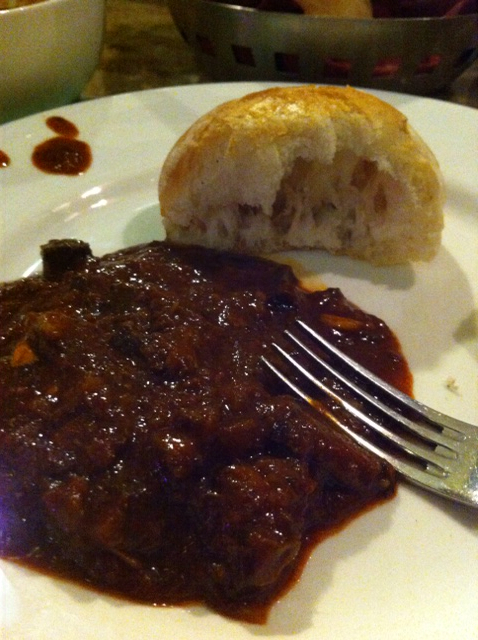 All accompanied by Villa Vercelli Chardonnay – the only Indian vineyard/winery growing this grape varietal. 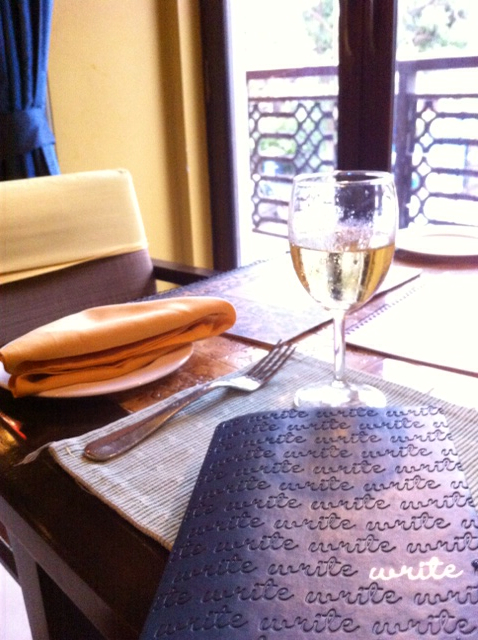 After dinner I returned to Phoenix Park Inn to have my lobby scene and transfer back to Silver Sands Hideaway for a comfortable and happy evening including a phone call via Internet technology with my sweetie Lamar. 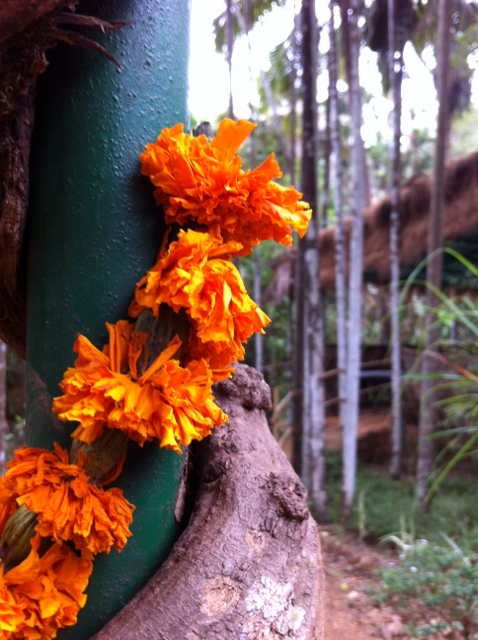 Tomorrow is a new day filled with possibility.