I woke this morning with the sun streaming into my suite window and vague memories of a dream where I stood on a table rallying poets to write about place. I quote my dream self speaking to uninspired poet, "I would love it if you wrote about a drainage ditch, if that is what you care about." Then it was 10:30am and I was late for brunch. 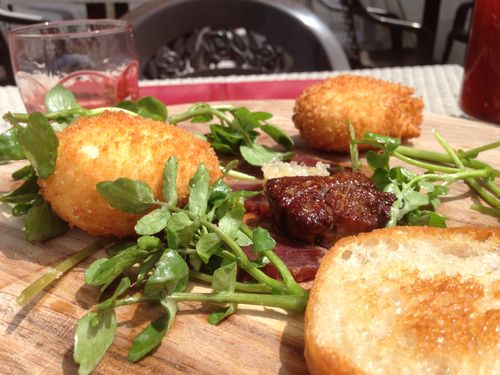 I quickly got myself together and identified my brunch location. Farmhouse Tavern – rockabilly farm to table top five brunch place of Toronto according to someone. Downside, six miles from the hotel, upside – good karma and happy taste buds. Also as fate would have it an interesting ride with a renaissance man white collar crime crusader cab driver named Andreas. His card is above and the synopsis of his case against the corporate banking system is in my purse if anyone knows a good lawyer to take it, let me know. 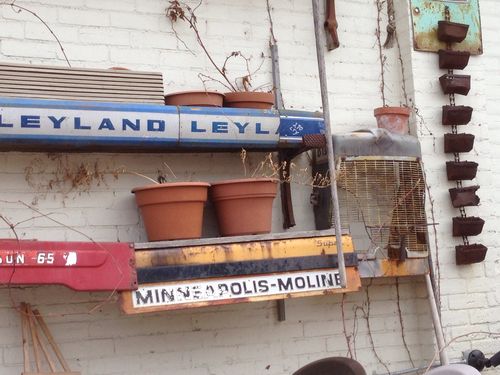 My homeland welcomed me on the patio as I ate my duck eggs and foie gras with a "I can make you a mimosa, hell yeah!" from my waitress. My duck eggs were called Mother and Child Reunion – because there was duck breast and duck egg on the plate. Here is the egg. 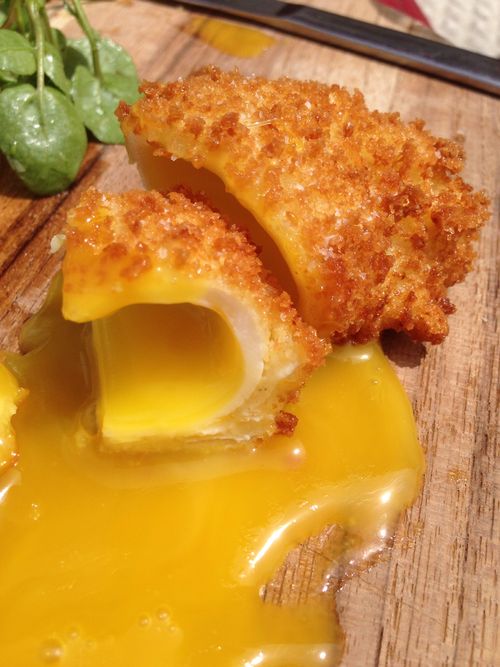 And here is the duck (the fork is pointing to it just past the little piece of foie gras). 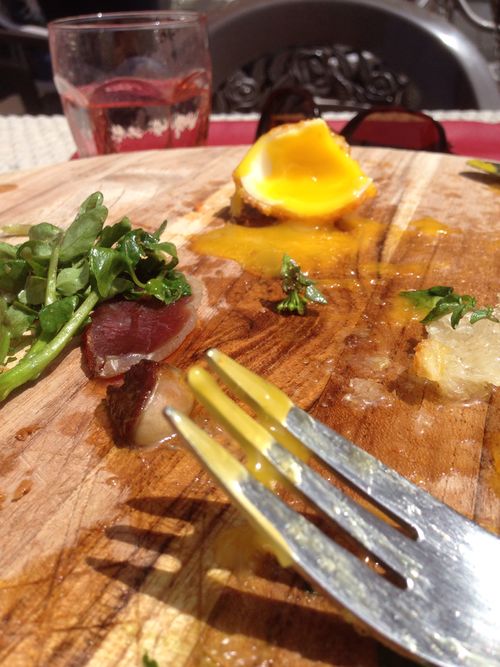 Then I braved public transportation with the assistance of my helpful and patient Canadian wait staff at the Tavern. Take the what to the what? So she wrote it down. I made it two steps into the three part process and missed my subway transfer station. I emerged at Bay Street – an urban upperclass mall a little over a mile from my next destination. 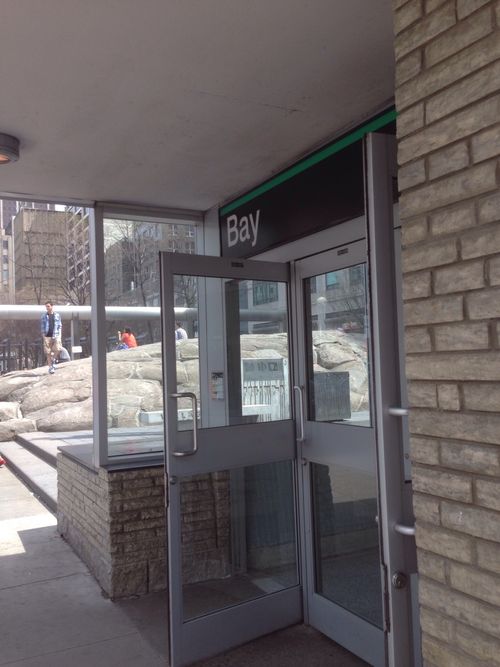 So I began walking and the urban landscape became repetitive. 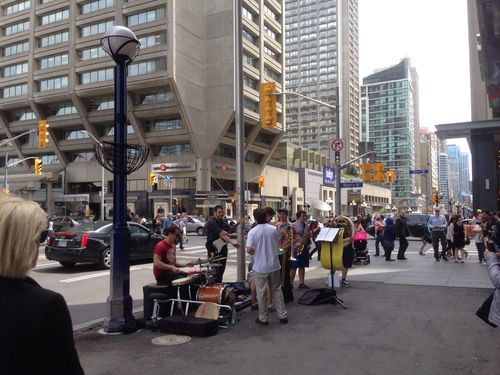 Then a busking band played Macklemore and a protest against fraking walked by. 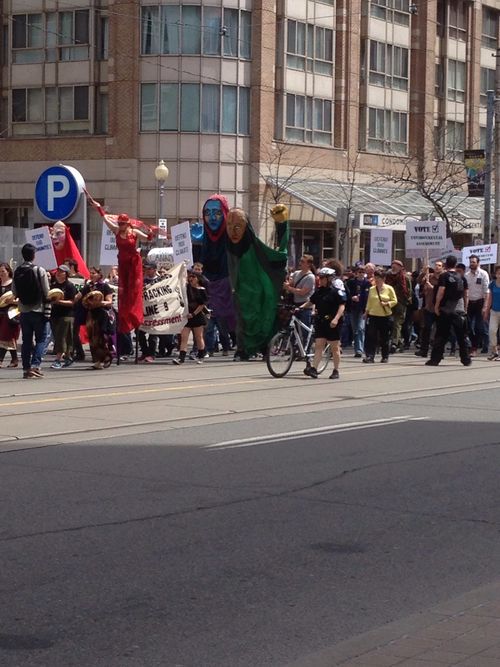 And I found this interesting sign with no context or explanation. 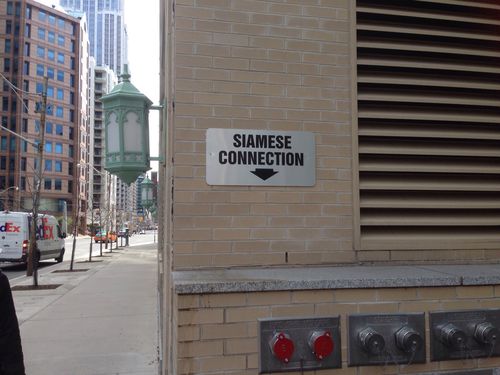 And a man playing a didgeridoo. 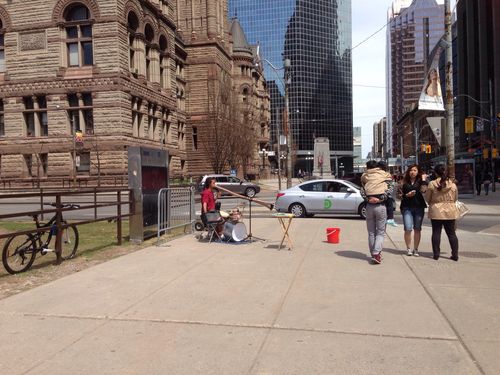 But I couldn't see the CN Tower, despite the tour books statement "it's the tallest building that everyone gives directions by." Lies, all lies, all the urban density high rises dwarf it and it hides in the skyline except from this spot two blocks from my hotel. 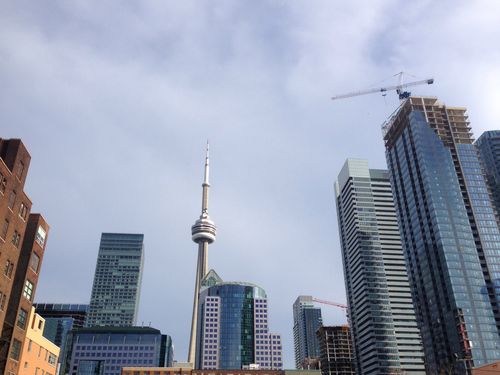 I did the math – it cost me 2 cents per foot to ride up into the CN Tower with hundreds of other tourists. By the end of the experience my camera was dead and I hated humanity a little bit. But I managed to take a selfie and put it on Facebook. The irony was not lost on me. 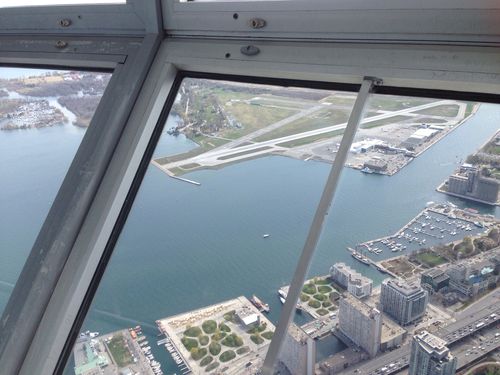 Here is a view of the harbor from the Skypod, a second elevator ride you have to purchase seperate from the ride to the initial viewing area. 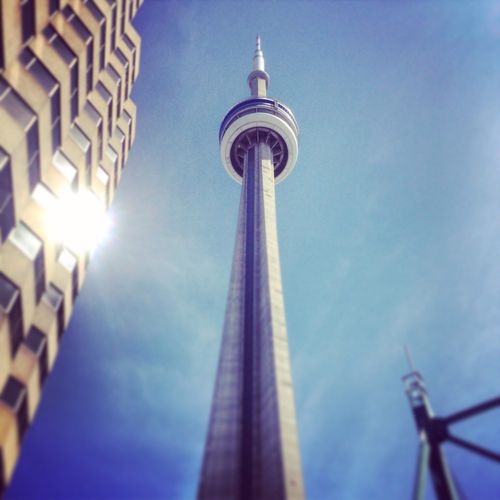 Dead camera in hand I walked home in the afternoon crowd for a little mid-day break before dinner and evening entertainment. I wished I knew the secret to these community bikes as my ankle was a little tired. 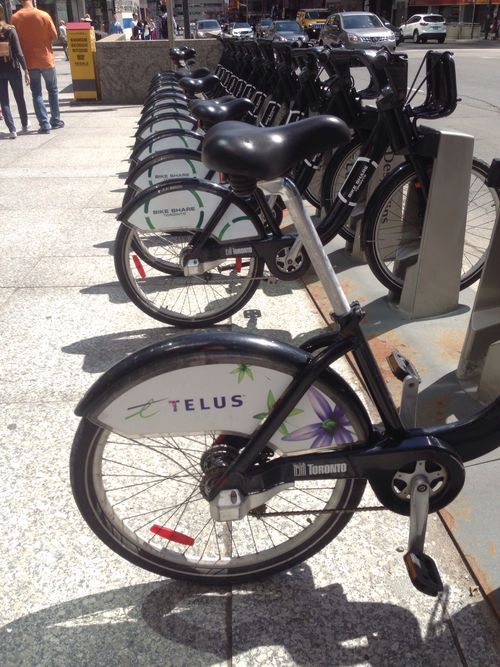 After my rest, I walked the two miles to Beast – another farm to table restaurant – for dinner and got seated despite an impending private party later that evening. There is something about my "It's just me (bright smile, slightly pathetic food is my only friend, I will write about you look) that gets me seated every time in this city at very popular establishments with no reservation. 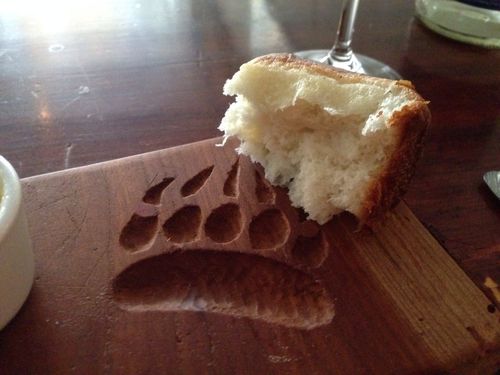 Just me got a corner table and some fine dishes at Beast from home baked bread to pickles, trout and duck. 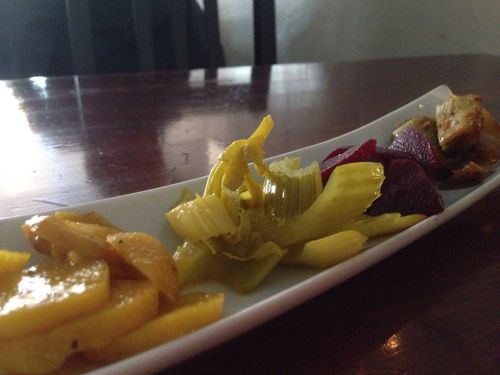 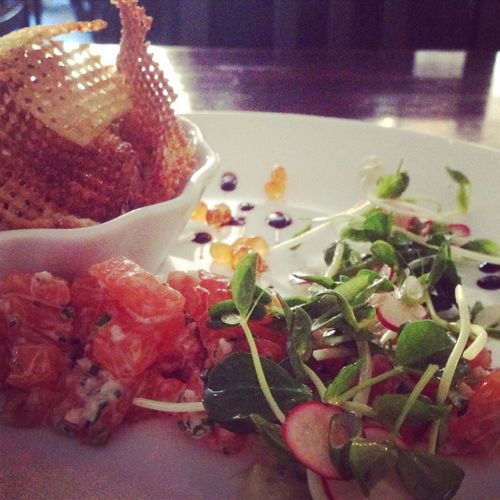 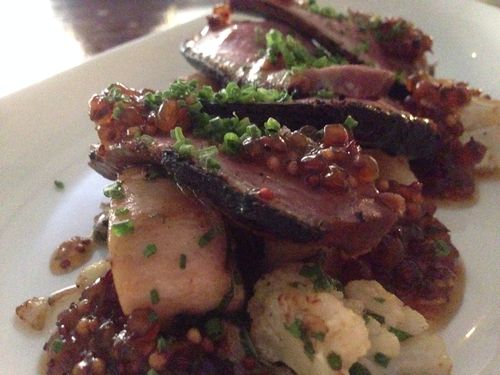 Drake (another name for Muscavy duck) breast with cauliflower, mushroom and some sort of mustard remalade. My favorite was the trout tartare and how it danced on my tongue and paired with the local Sauvignon Blanc in my glass. It was all amazing, as was the service, which speaks volumes to the religious following the place has in the Toronto area and the blessing of Anthony Bourdaine. 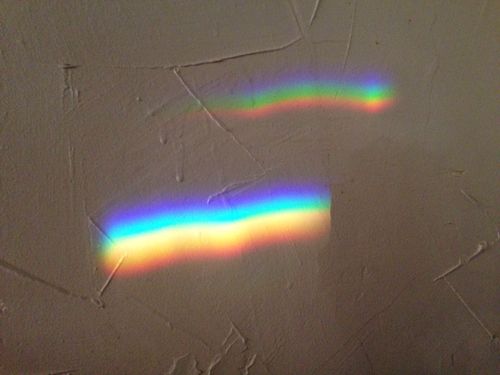 For dessert, a rainbow came to visit me and I played a word game in my new notebook. 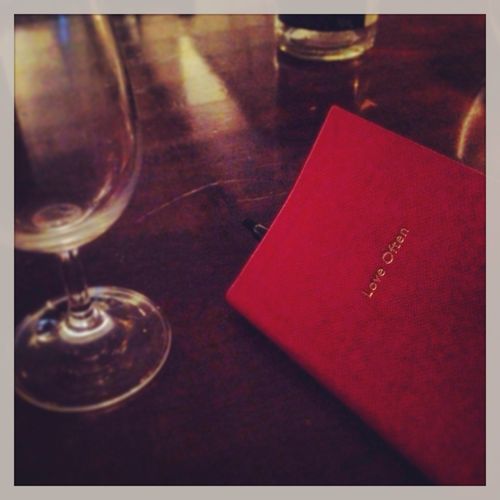 Then I walked to Queen street to check out some night life. Which was loud, filled with horns and cabbies and patios of dressed up persons and me feeling awkwardly alone amongst it all. Until I found a voice singing on the breeze from inside the Harlem Underground. 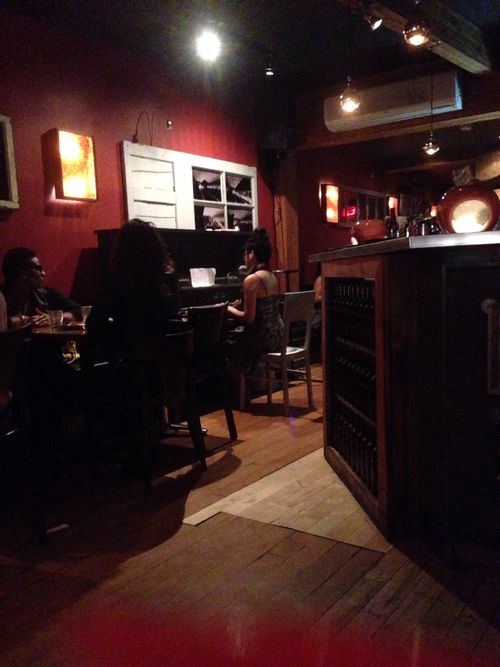 Inside the busy restaurant I received front row to the singer and the service action – apparently because it was the least desirable seat in the house. I was happy and transported on a wave of 90s and early 2000s soul songs via the voice of a beautiful young woman. Two sets later, still two miles from home, I was ready for bed. I wandered down Queen street sure I could hail a cab, and just as I began to get nervous that I might need to walk home among the alcohol imbibed city dwellers one found me. It was time for this little travelor to sleep. 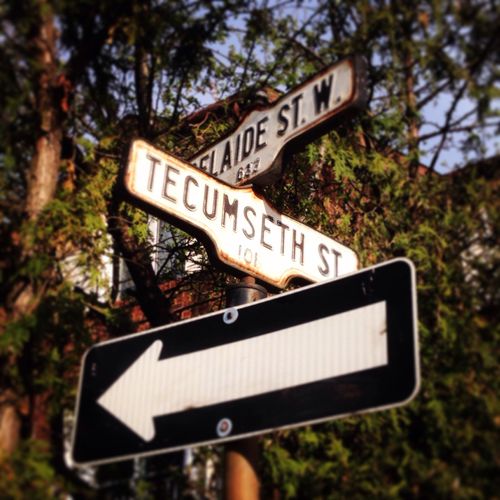