I went into London today confident in my plan and my navigation skills – just to get shot down by a brunch monitor and general happiness balloon popper. I thought I had a super power that could get me into any hot brunch spot in the world as long as I was traveling alone, and smiled brightly. The woman at the door of The Duck & Waffle burst that ballon today with a sad pop on the 40th floor of 110 Bishopsgate, London. "No reservations? Oh no, no room for you." 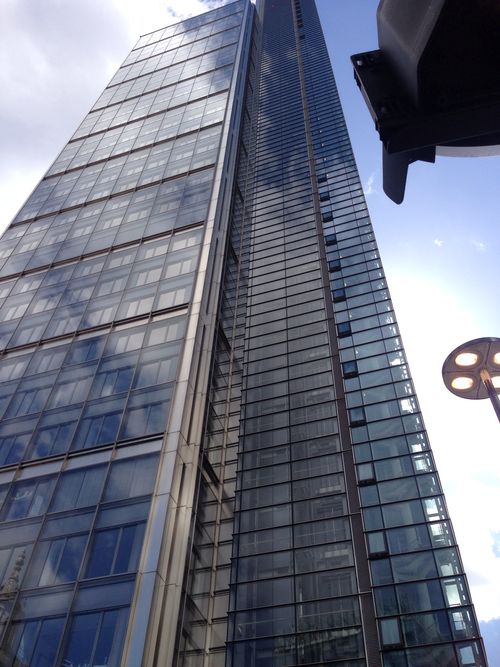 It's OK I didn't want to eat their ox cheek benedict anyway. Their glass elevator made me whoozey and I had a lovely Bellini and a rhubarb raspberry compote donot waiting for me at Kopapa. 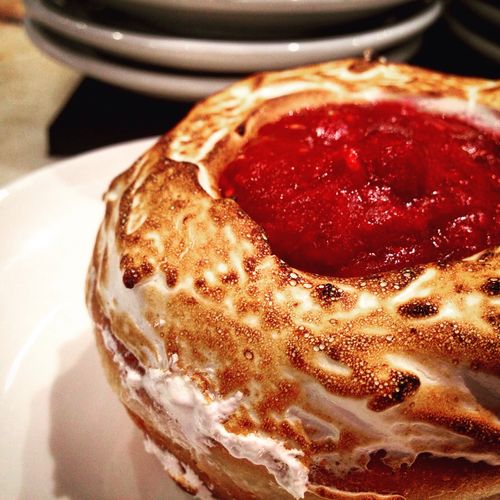 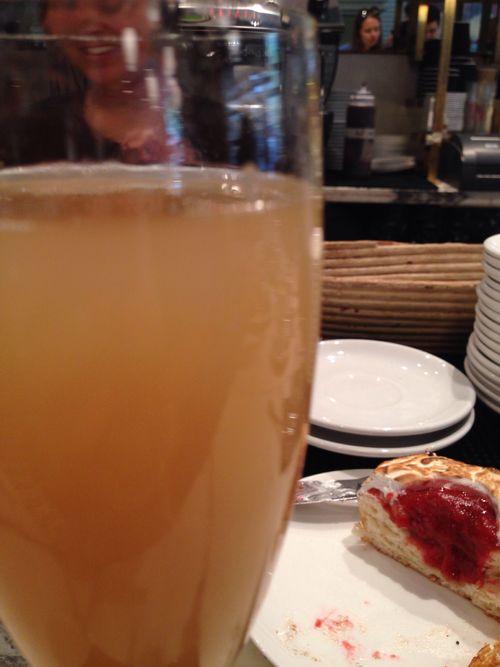 Kopapa squeezed me in at the bar with no reservations – and they were number one on a list of London's best brunch spots. The hardest thing about Kopapa was choosing my egg dish and having enough room in my stomach to eat it all. 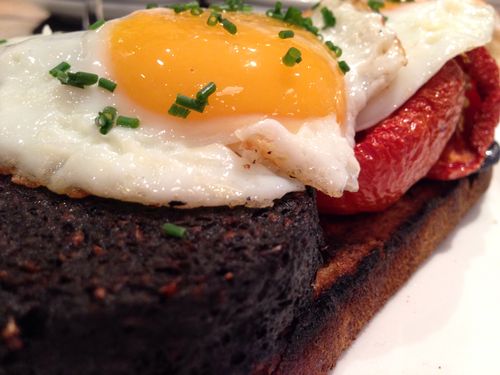 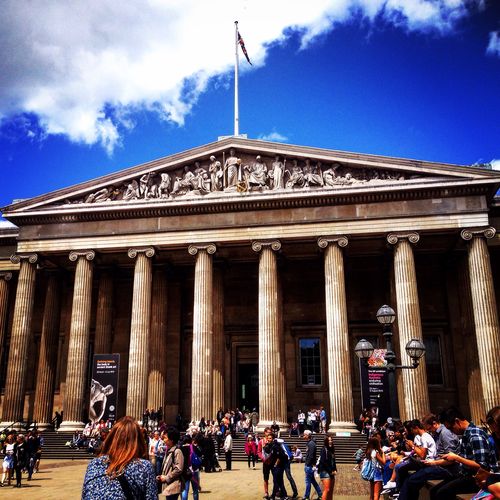 After my hearty English breakfast I made my way to the British Museum. I got turned around two times and could not for the life of me get my directions straight despite helpful signage in the neighborhood. There goes my London navigation bragging rights. 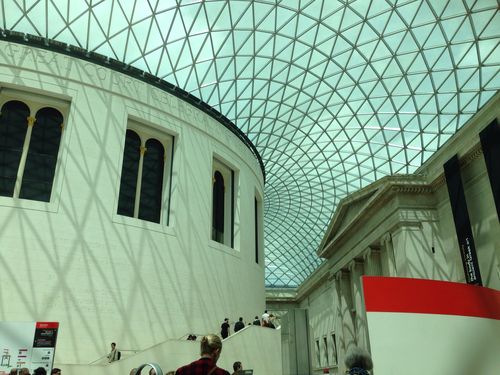 I was dead set on making it through the entire museum. But I paused in the grand hall to prioritize and realize that there was no way the whole museum was going to happen. I immediately chucked North America, Mexico and India, while noting that Africa, the largest continent, had the smallest collection (ancient Egypt of course separated as it's own thing). 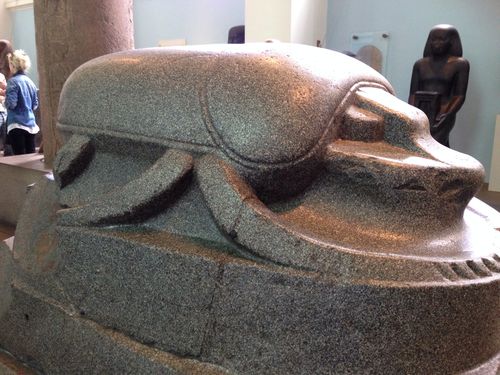 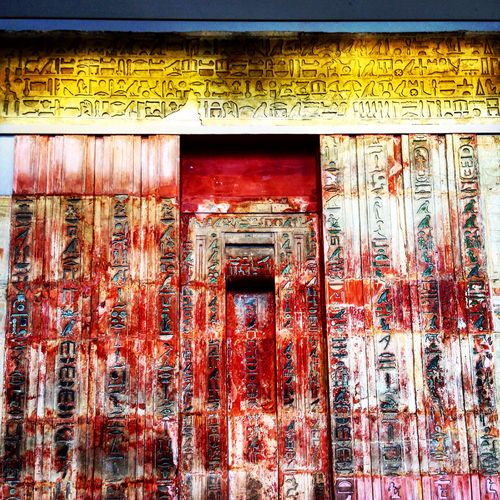 I started in Egypt and moved on to The Parthenon. I'd say Greece but I blew through the urns and pottery and spent a significant amount of time guffawing at the pro-Elgin propaganda surrounding the marbles on display from the temple of Athena. Speaking of Athena, here she is. 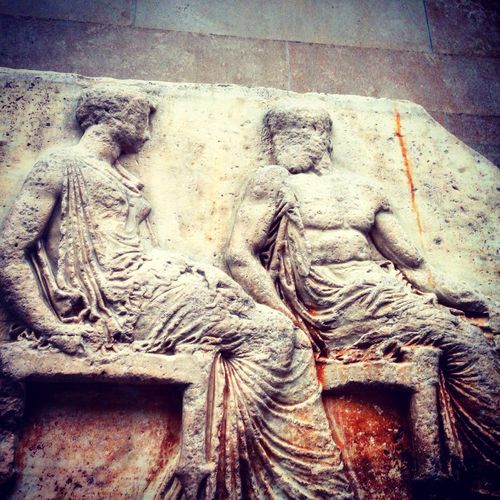 "Here people can see the scenes of the marbles at eye-view not high up on a building." True, but factually irrelevant in today's museum debate context. I'll spare you all my continued diatribe, and leave it at my gratitude that I got to see the 60% of the Parthenon marbles housed in the British Museum. Maybe some day I'll visit Athens and see the other 40% and read their perspective of Lord Elgin's heroic act of saving the marble reliefs from ultimate destruction in 1801 by smuggling them out of the country under the authority of an Ottoman official's signature and selling them to Britian to pay off his "financial situation." I'm guessing the Athens perspective will be different. 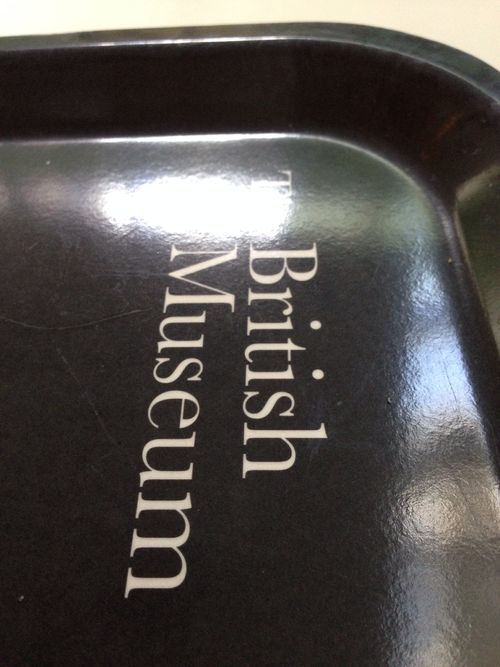 After exhausting myself with archaeological politics I journeyed to the museum cafe for some down time with a snack. I promptly biffed it on the stairs leading up to the cafe with extreme style and grace. It was clearly time to sit down for a little bit. During my timeout I narrowed the rest of my museum adventure down to the history of Britain and it's pre-roman peoples. Sorry rest of the world – I did accidentally get in the Assyrian empire and I had every intention of going to the basement for the rest of Africa but I ran out of time, energy and patiencewith my fellow museum goer.
Above is the first appearance of Jesus in early now Romanized Britain. There were a lot of cool helmets in the cases but I had no energy to continue taking photos of things in shiny cases with other tourists stepping in front of me. 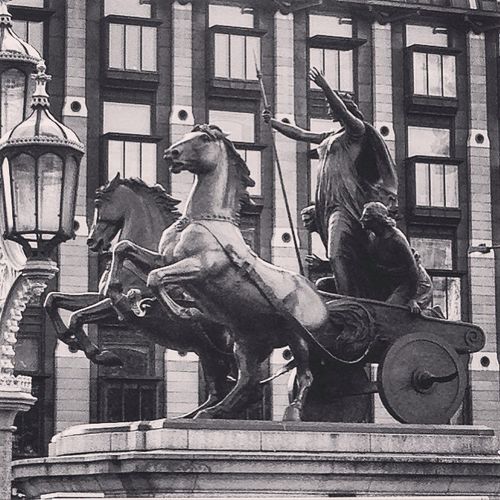 I grabbed a coffee and took a walk through Soho to find a glass of wine and perhaps a bite. Then my Airbnb host contacted me – so I changed course to meet her in Westminster as human conversation with someone other than myself sounded like a healthy idea. We walked the north side of the Thames – all the way from Boadicea (featured above) to the fancy bridge in from of the Tate Modern where I got this shot of the tallest building in Europe, known as The Shard. We then walked the long six blocks to the Anchor & Hope, a pub I cannot remember why I wrote down in my afternoon museum cafe daze, but thought it had something uniquely British to offer. 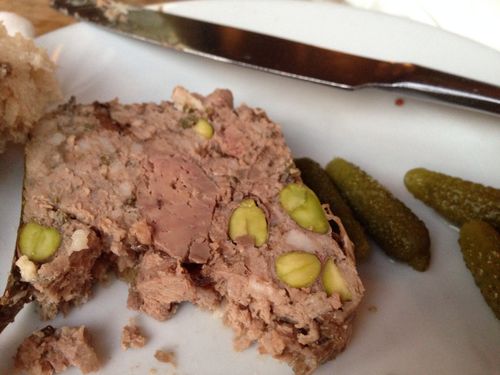 I ended up with Terrine. Which was good, but not a mind-opener. The pickles made me happy as did the rocket aka arugula filled giant plate of mixed greens for my vegetation starved belly. One should not live on meat and starch alone – although it appears the British do try. 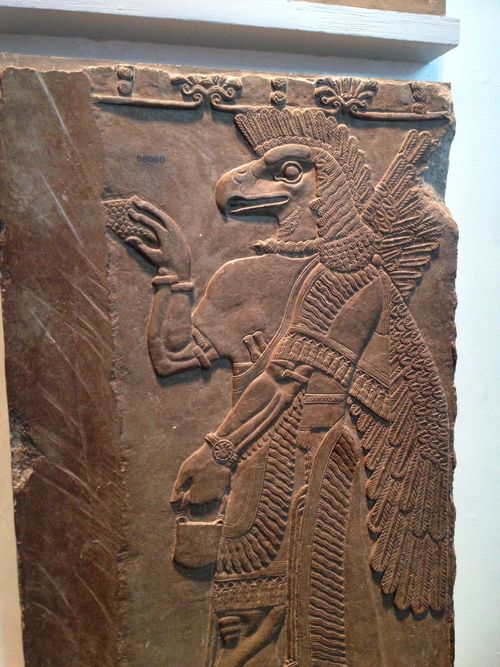