I spent a good portion of last night in London trying to figure out what to do on my last day in London. So much so I stayed up too late and didn't finish my blog post about that day – resulting in a late start this morning after sleeping in and rewriting my blog post to make sense to someone other than me. As soon as I was together I headed straight for Notting Hill's version of the restaurant Ottolenghi, the first and original version of the now multiple-cookbook author chef inspired locations. I got there just before the lunch rush to get a seat at their 10 person table. At this location things a very simple – you get dessert, or three salads, or salads and a main dish. You can gawk at them all at the front counter, order to go, or sit at the table. Everything is cold. Dessert was very tempting but I ordered fennel salad, roasted cauliflower salad and little five spice turkey burgers. The fennel salad was the most perfect blend of tarragon and tangy ever – the apples, radishes and fennel hung out like cousins who actually like and play well together. While at lunch at the cozy table I made small talk with an English business woman and two ladies from New Zealand, the intimacy of the space giving me a reasonable excuse to intrude into their conversations. Meal complete I headed out to explore Notting Hill and the surrounding neighborhood. 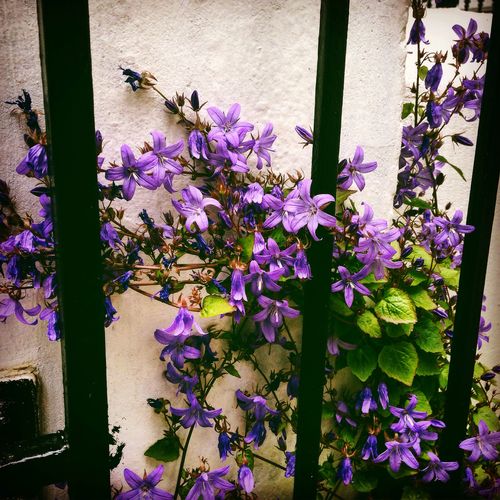 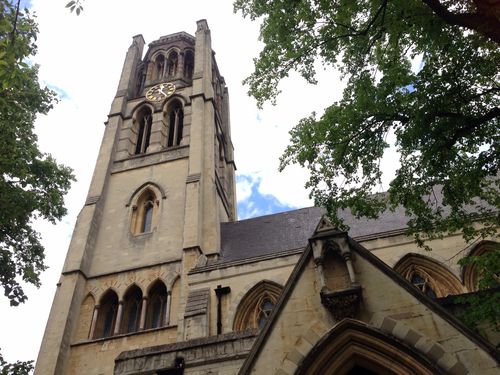 After some window shopping at the market I found a convenient Tube entrance and made my way to the Sherlock Holmes Museum at 221b Baker Street. I had to go to at least one ridiculous tourist trap while in London, why not it be the one for the stories I read when I was a child and the new BBC show I love so much. 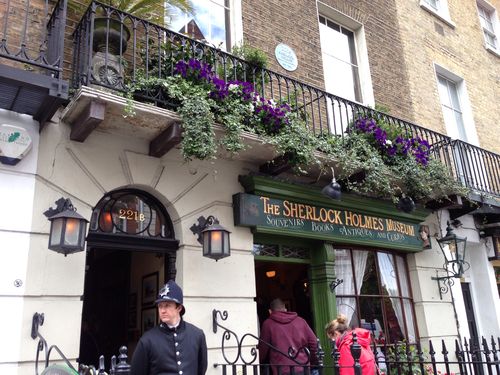 The museum focuses on the Victorian version of Sherlock Holmes and Dr. Watson's residence. In true to form tourist trap style the gift shop is bigger than the museum. The museum is just a recreation of what the flat May have looked like based on exact descriptions of the Sir Arthur Canon Doyle books, with a hodgepodge of Victorion-esq trinkets and historical facts. The top two floors are filled with random things like wax figures, letters to Sherlock from modern day grade schoolers, and other curiosities. 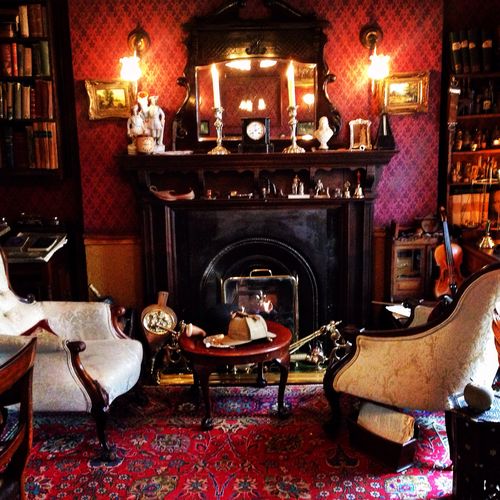 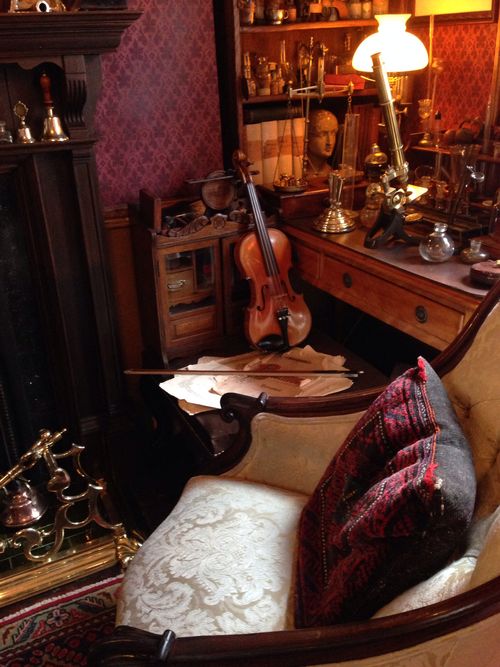 I met a man on the top floor of the museum, where there were very creepy displays of wax figures from all the Sir Arthur Canon Doyle stories. After he was done being bombarded by some lady's comments about the museum being too expensive I asked him if the wax statues were throw-offs from the local tourist wax museum, Madame whatever-her-name-is. He smiled and said no, that they were all done by the same man, and they could be worse (as he had himself seen worse) even if these were just a bit slightly creepy. Then I asked what was upstairs and he said "Sherlock's bathroom, and I'm here to make sure no one uses it." Quite the job. 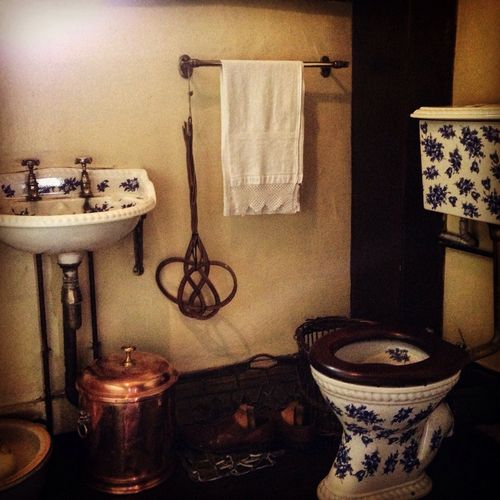 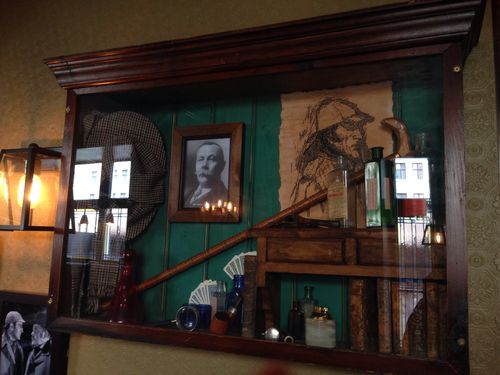 They were out of fish and chips and the ale was gross. I gave it back and they still charged me, boo tourist trap. I got over it as an expensive lesson learned. Sherlock would have observed the signs and left before ordering anything. 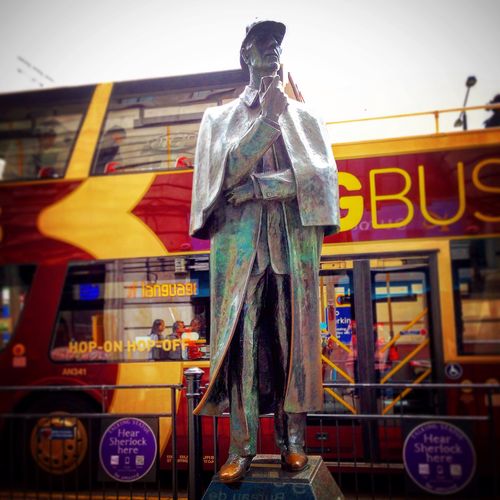 Enough tourist trap in me I headed to the British Library to attempt to see the Gutenburg Bible and the Magna Carta. 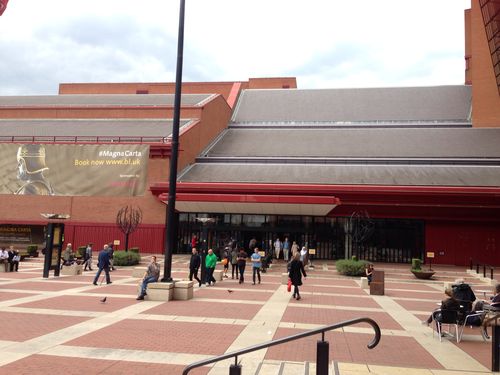 The Gutenberg bible was way different than I expected (although I'm not sure what I expected, but a partially printed, partially illuminated bible was not it). Apparently only 150 copies of the bible were made and Gutenburg, although quite an idea-man coming up with movable type you could print and all, was a horrible business man so his printing business failed within a couple of years of the 150 piece bible run. The Magna Carta was in a special exhibit that cost money so I skipped it as I spent my museum fun money on Sherlock. But there was this embroidery version of the Wikipedia post about the Magna Carta that took up a whole long room, followed by a whole bathroom filled with primary aged girls in uniform attempting to use the loo at the same time as me for excitement. I enjoyed thei formative year accents and inefficient means of queuing amongst each other. 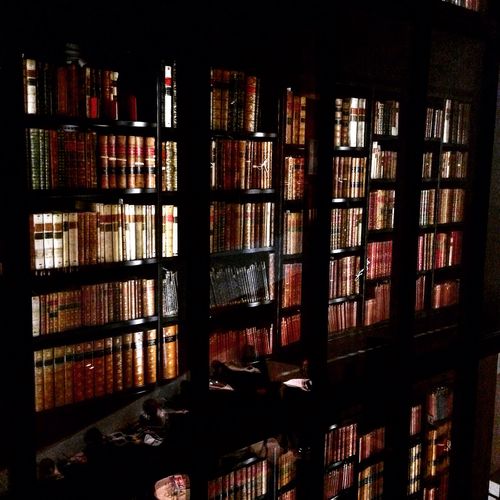 I did manage to see the stack of rare books, many other old bibles, original scribbles from English authors, Beatles lyrics on the back of envelopes and birthday cards and the notebooks of Leonardo di Vinci. Pretty cool. No photos allowed of any of these course. 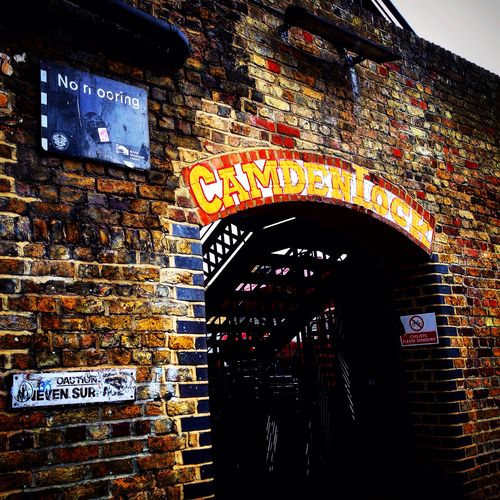 After the library there was still plenty of time to get to the Camden Town market. Oh the rows of shops filled with crap, but at the center are the artisans, and so many at that. I wanted to buy so many things, but I told myself I had to make it one round before deciding what to purchase. I failed to purchase anything because the market closed before I made it once around there was so much to see. 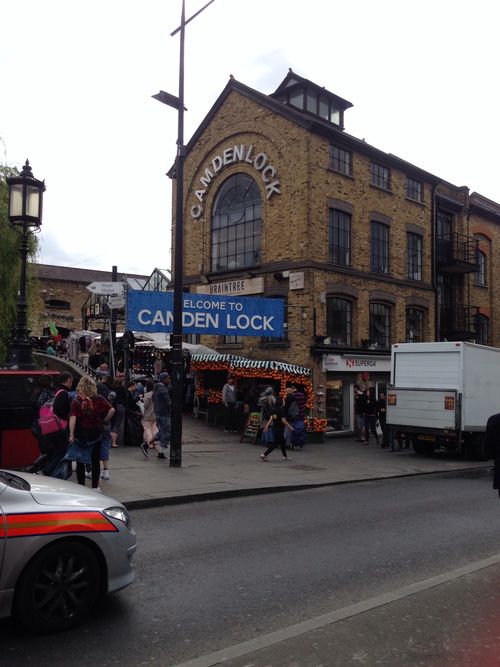 I did get in some fish and chips however, they came with peas. It was pretty exciting even if they tasted no different than fish and chips in the states. It was a very large piece of fish though. 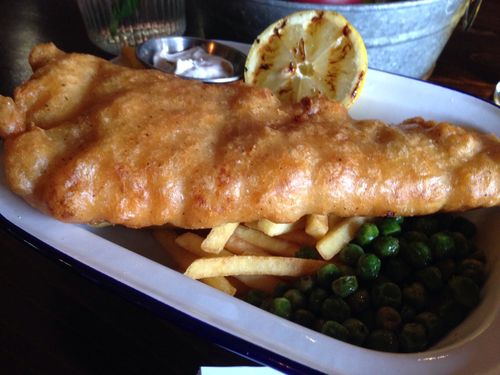 By 6pm or 18:00 I was pooped, but it was my last day in London so I couldn't stop. I debated between Indian food again based on local recommendations or Soho. I chose Soho just because I felt it needed another exploration, real Indian food was too far away, and really I just wanted to relax somewhere simple with some wine and cheese, luckily I knew just the place a little bit past the John Snow Tavern. 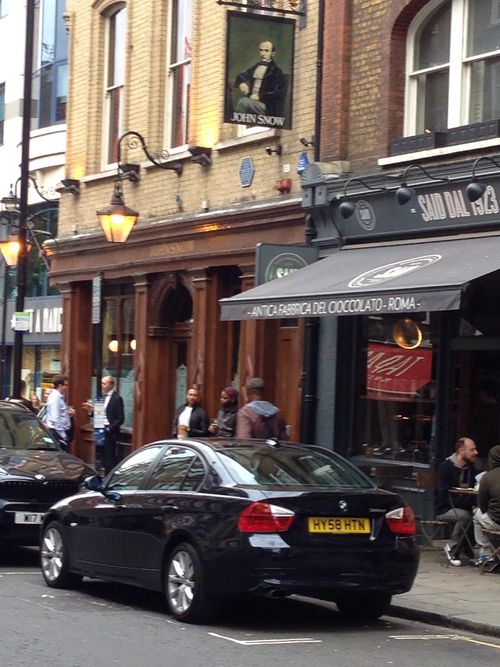 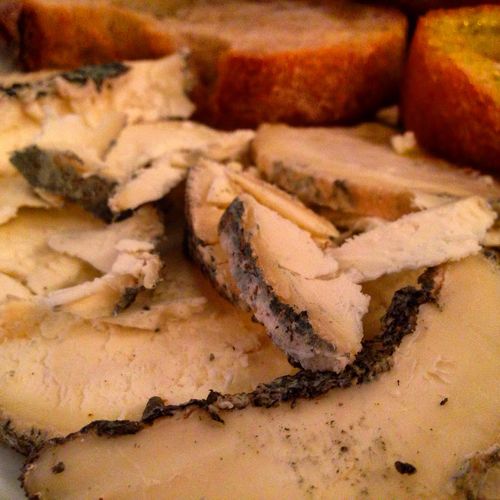 Ferdinand and Wells is a hole in the wall with wine, cheese, and preserved meats – all the things I will soon not be eating for at least two months on my summer diet/cleanse. They carry preserved meats you can't get in the states like 36-month aged ham (and it's hanging in the window) jamon iberico.
I sat and read, drank wine and snacked for a good two hours reflecting on my trip until I was losing the light and thought it a good time to head home. 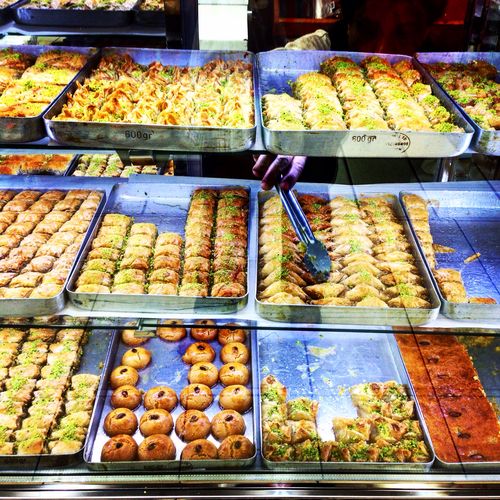 In my home neighborhood I explored the three grocery stores on my street in search of a list of goodies to bring home to a friend with a hankering for English junk food. Then I found the treasure trove of baklava in the store I thought was just a fruit stand below my bedroom window. Such magic had been at my fingertips for days and I missed it. 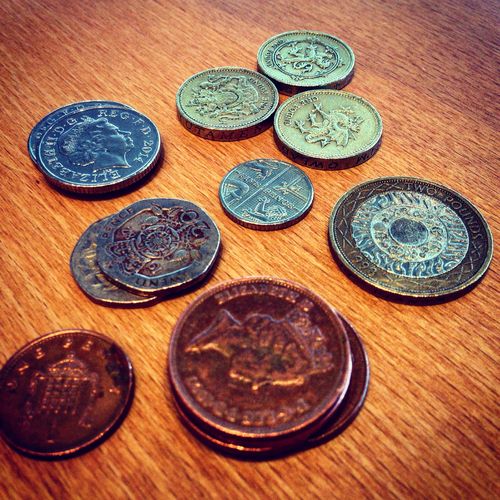 Either way it was time to wrap up for the day and my London holiday. My shopping trip ate most of the remaining pounds in my pocket, leaving me enough change for something at the airport tomorrow.
I couldn't help but think, parting is such sweet sorrow, as London is a land I could learn to live in.