I left my house at 3am yesterday morning for Austin, Texas. Let me just say that 3am is really early and by the time I caught my connecting flight in San Francisco it felt like a full day already. 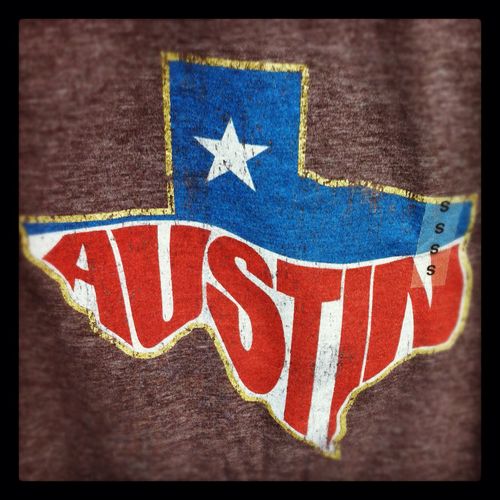 But I made it to Texas, checked into my hotel and I managed to wander around downtown Austin for multiple hours finding various treasures one can only find on foot when traveling. 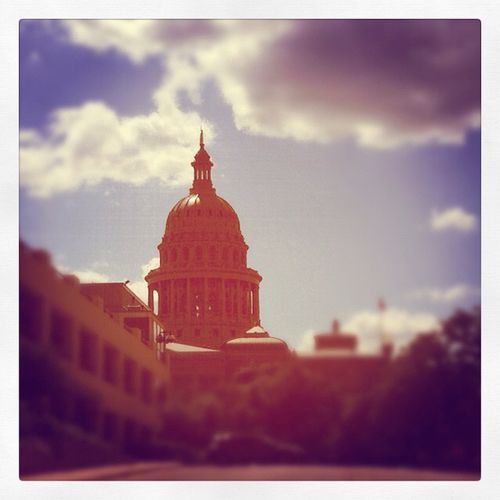 This is a shot of the state capital of Texas. If it looks hot it's because I was walking around in 90 degree heat with 70% humidity. Somewhere around here I started to get a blister but walked on…just a few blocks more to the promised land of downtown shops a restaurants. 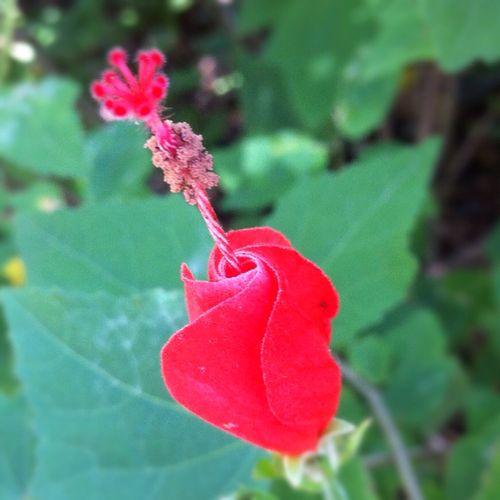 But first a stop to photograph mysterious southern foliage – and closed blocks with interesting texture. 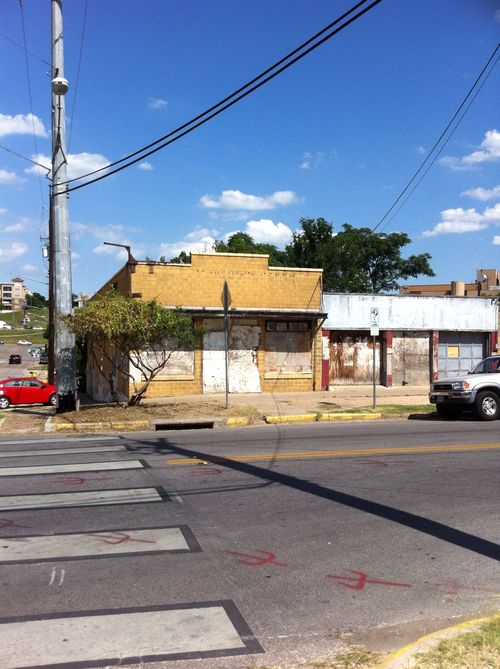 After what seemed like forever I made it to the Moonshine Patio and Bar and was greeted with happy hour and a wonderful cucumber gin drink called The Waterloo. I made my hour happy by ordering their famous mac & cheese. 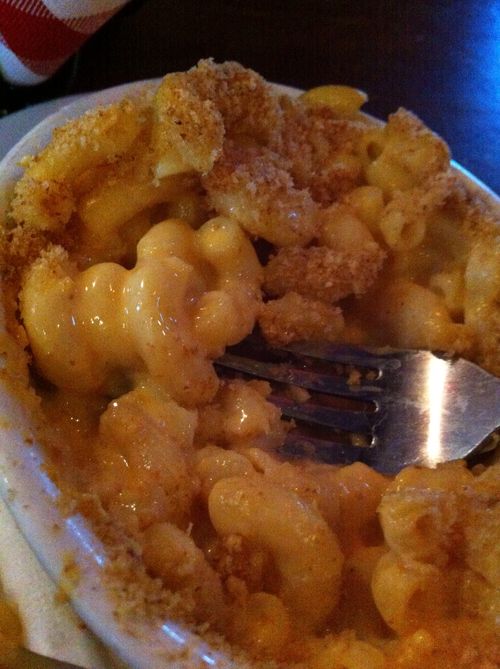 Then I asked for a bandage for my now ravaged right ankle – and walked on to explore 6th Street. My bandage was soon lost but I found a community garden in a little lump of dirt by a parking lot, a new pair of shoes and Willie Nelson before dinner. 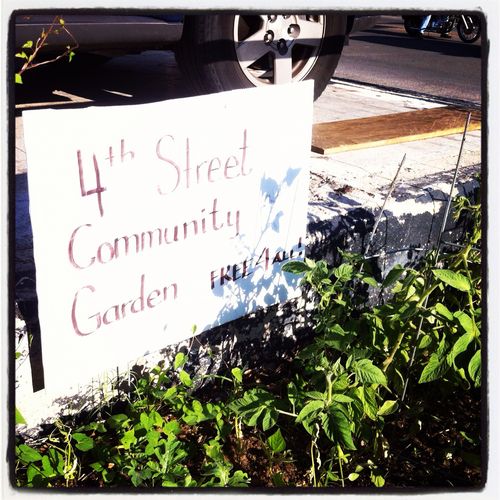 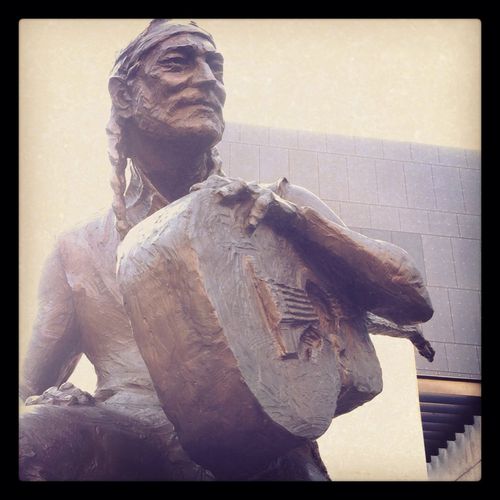 Then it was time for La Condesa – the James Beard award winning star of the Austin food scene featuring neo-Mexican cuisine. 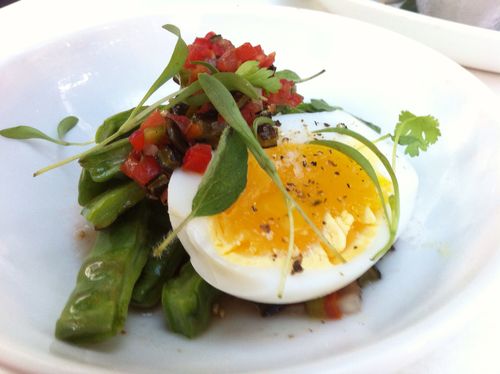 Although I was seated amidst some type of sadistic sales team retreat/outing that involved vodka roulette and cheesy cowboy hats the experience was still quite amazing for my mouth. 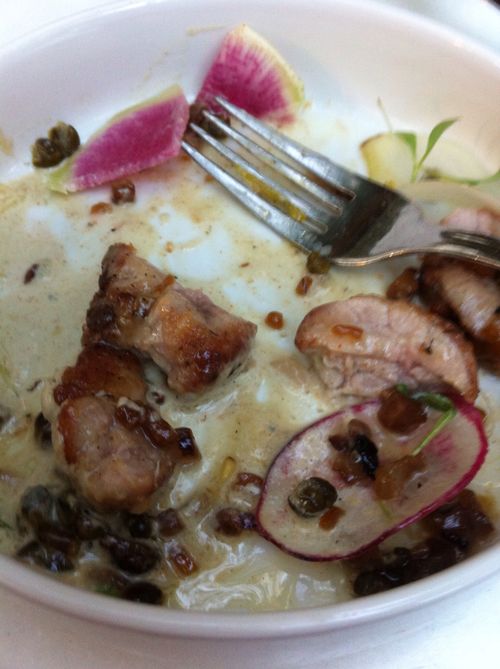 The only thing I needed more of at this restaurant was another person to dine with me so I could order more things or a bigger stomach. Above is the result of my ordering the specials – napolitas and sweetbreads. Yum. 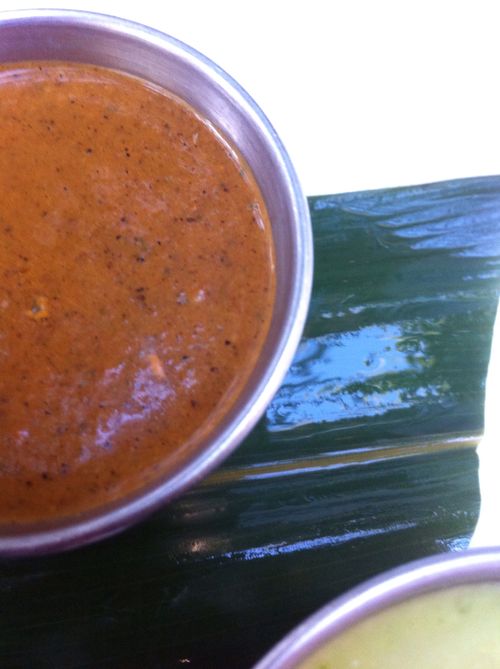 Before yesterday my only experience with sweetbreads was Anthony Bourdain and a couple other food shows. So when they were presented on the menu I jumped. I texted the photo to two friends immediately and then jumped into the butter textured and soaked morsels. It was a worthy experiment – the hardest part being cutting them and recognizing that in fact – yes this is an organ. Then in my mouth it went. I said goodbye to the salesmen and trudged in my wounded newly orange flat bedazzled feet back to 6th street to hear the echos of the Austin music scene reverberating down the blocks. I picked a random bar with a rather easy on the eyes blues musician fighting for an audience – settled in and ordered the National Beer of Texas for dessert. 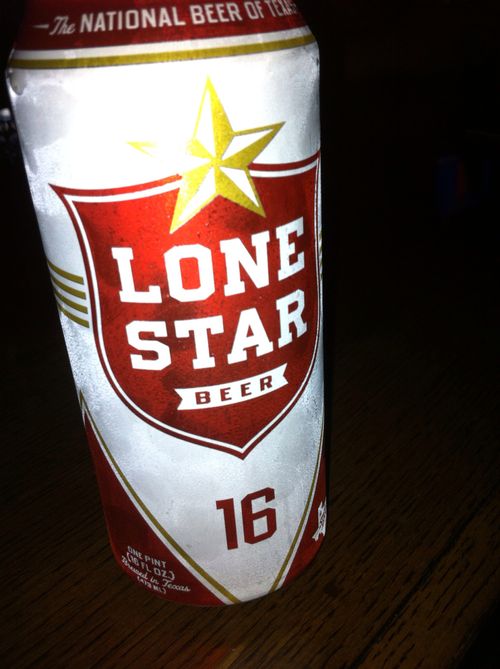