It was a fine grey day in Seattle and all I had in the kitchen was a few onions, a half bottle of red wine left open on the counter overnight, and a tallow bone I purchased on impulse two days before.

The mission in front of me was clear.  Turn random ingredients into burgundy rich carmalized french onion soup.

I chop your purple flesh,

branding my eyes with burning tears. 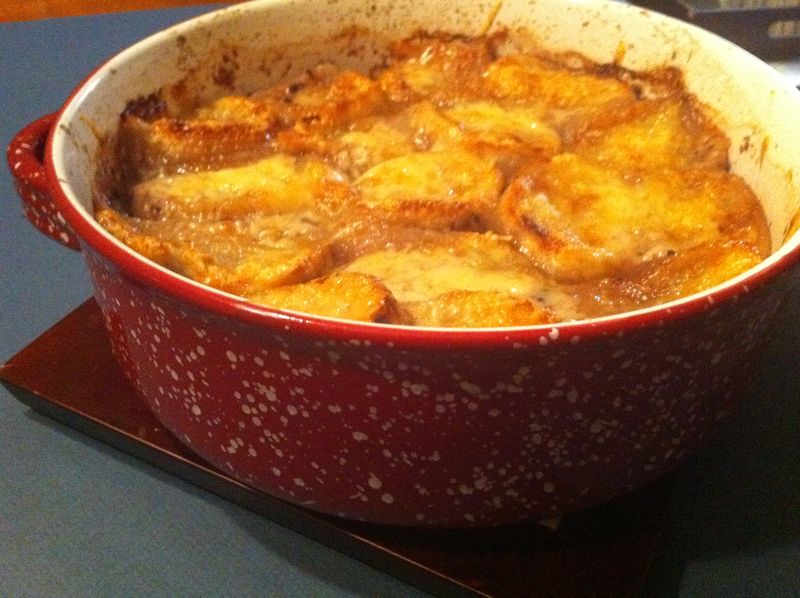 Step One:  Making the Beef Broth Base

Fill a medium stock pot with water leaving 2 inches from the top.   Place your beef marrow bone, or multiple soup bones in the water with the four star anise pods.  Cover the pot, turn the heat to just above medium and allow to come to a boil. 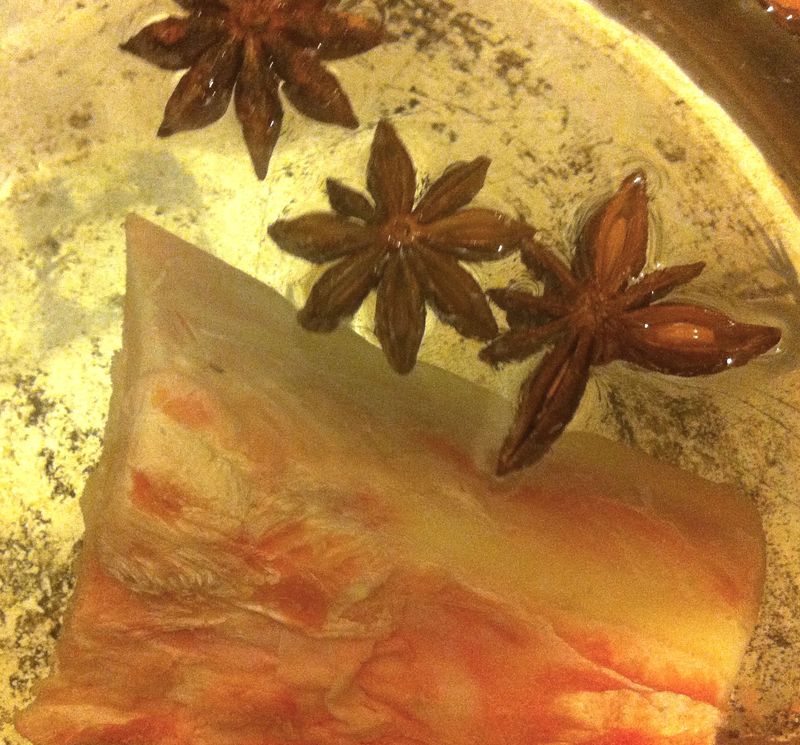 Boil the bone and anise pods until the marrow seeps out of the bone, or it can be easily scooped out with a spoon.  If you are using beef bones leftover from another meal such as ribs or t-bone, boil the mixture until meat remnants flake off the bone easily.  When your marrow bone is empty or meat falling off remove the bone and the star anise pods from the beef broth water.

Coursely chop all four onions and drop into the beef broth.   Let onions and beef broth boil until the onions are soft and almost translucent. (approximately 20 minutes)

Pour in the entire 1/2 bottle of wine and the 1/2 tablespoon of sea salt.  Allow the mixture to boil for another 20 minutes.

Preheat the oven to 400 degrees.  Take the baguette and cut it into 1/2 inch slices. 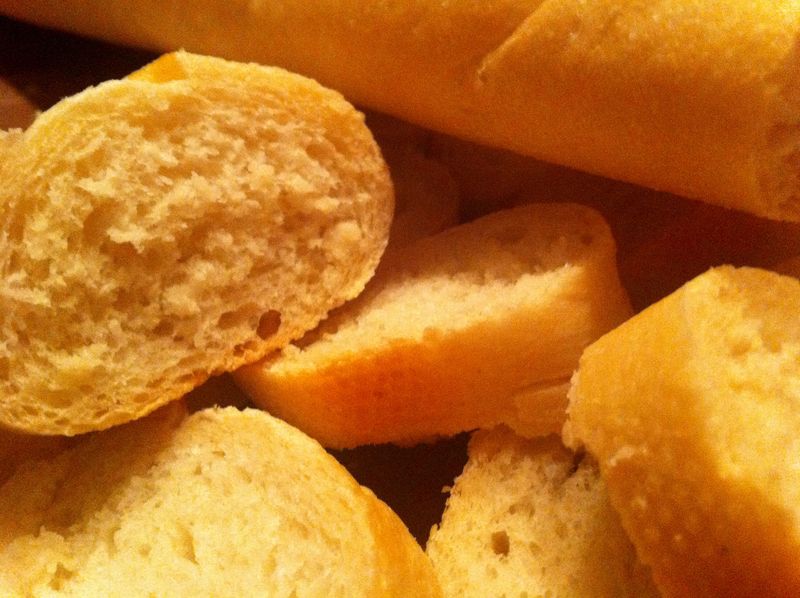 Grate the block of Gruyere cheese until you have approximately 1 cup of grated cheese. 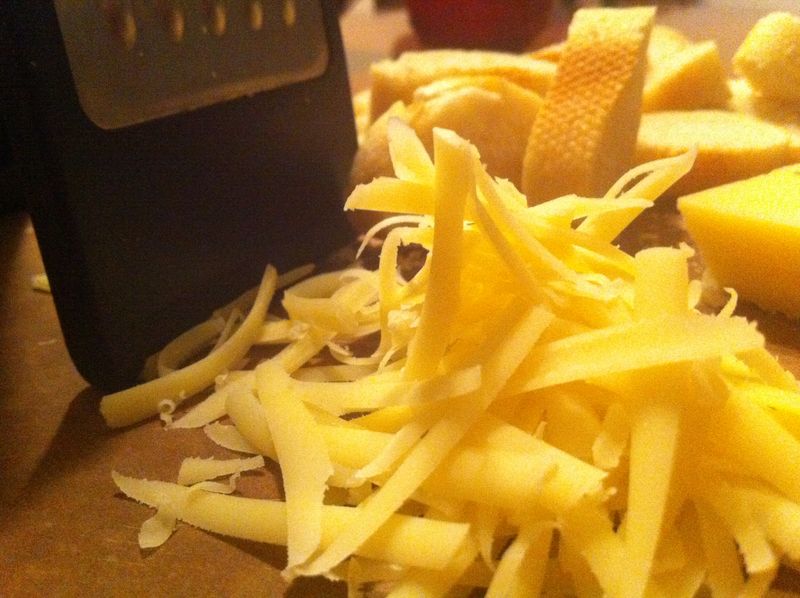 Take the soup mixture from the stock pot and pour it in a oven safe crockery dish. Place a layer of baguette on top of the soup by lighting dropping each baguette piece on top of the liquid. 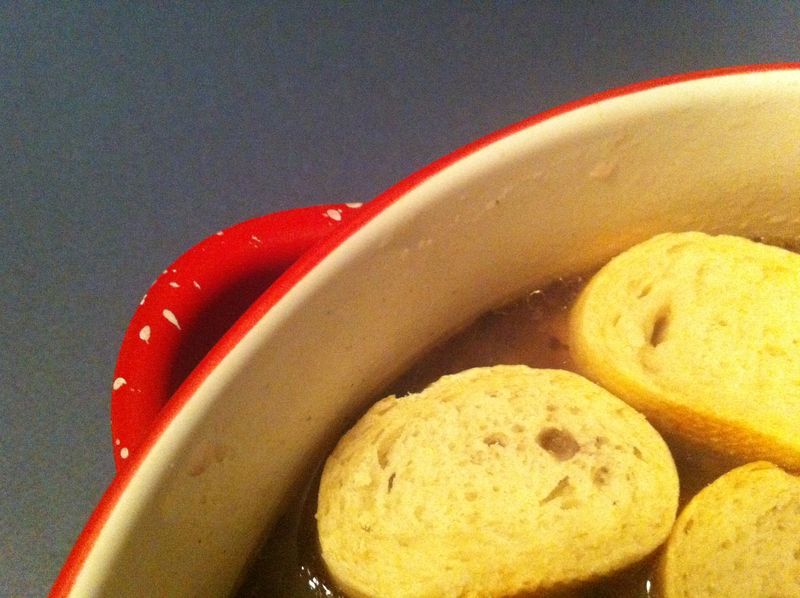 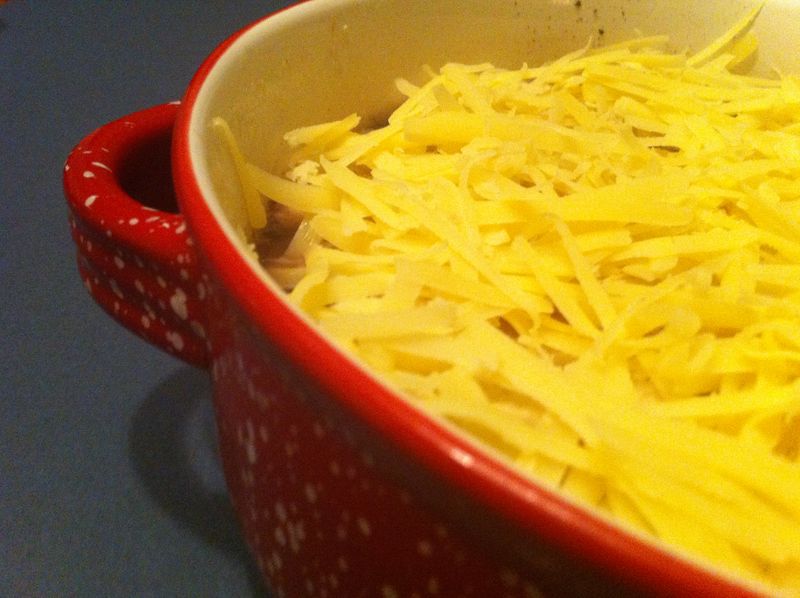 Place the soup, bread and cheese filled crockery dish in the preheated oven uncovered. Cook the dish in the oven for 10 minutes.  After you confirm the cheese is melted turn the oven up to broil and allow the dish to broil for a single minute to achieve a soft layer of browning on the cheese for a picture perfect presentation. (careful! any longer and you will have burnt cheese)

Serve the soup as an entire meal or as an appetizer.  Pair it with a red wine to match the flavor.