I am not a baker.  If you review this blog over the past few years you find my baked goods turn out not-quite-as-expected most of the time – but in the spirit of Julia Child I post about them anyway. Today, however, I made something almost perfect in form, and completely perfect in taste. 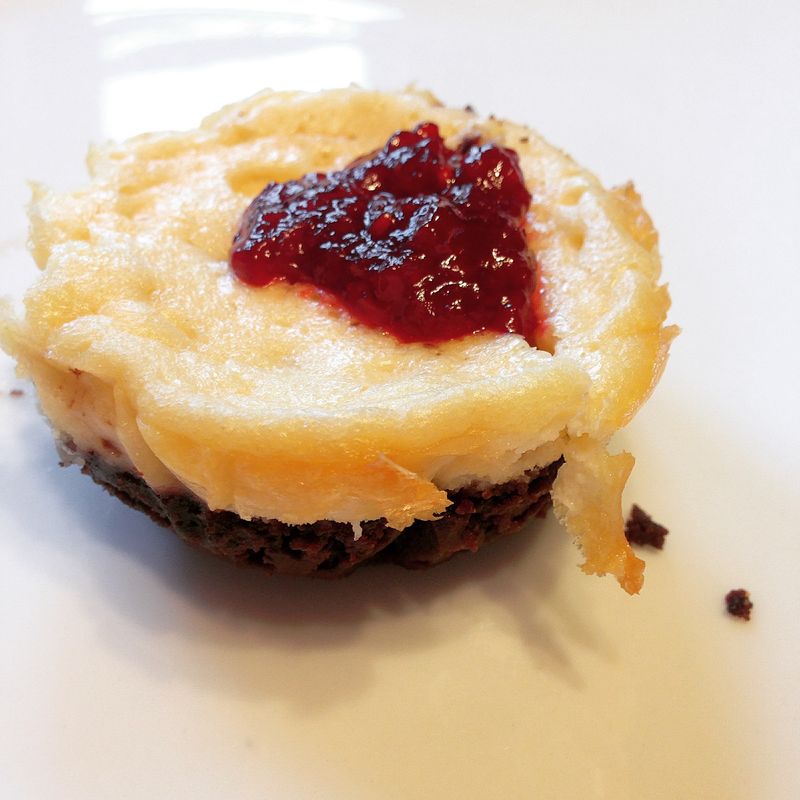 I made tiny little cheesecakes with chocolate crust and raspberry preserves.  I was amazed that not only was this dessert not difficult to make, but that I managed to make it beautiful.  The hardest part was a self-made difficulty. I refused to make a special trip to the store to get aluminum cupcake liners.  I chose instead to use the very classy, rigged aluminum foil technique, patented Paprika Angel technology ensuring that every single cheesecake looks unique. 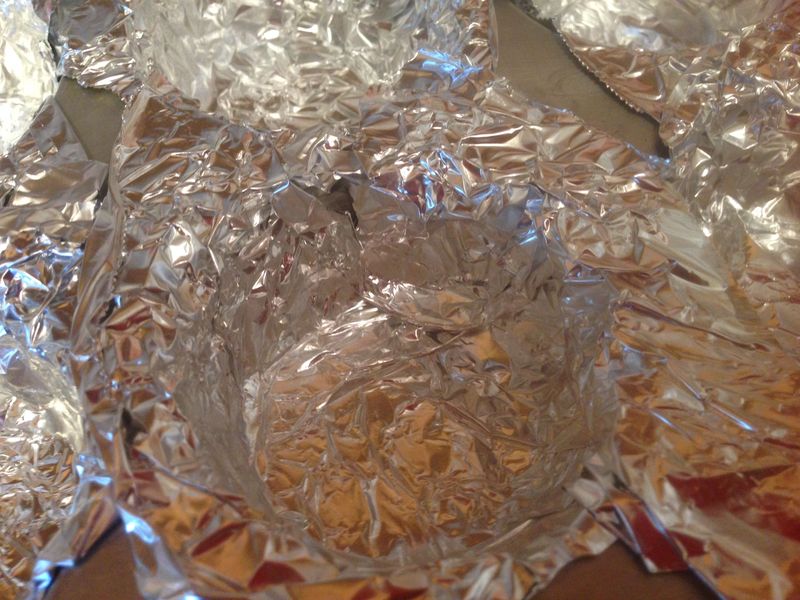 Two days ago, while fiddling with and attempting to learn how to use Twitter, I found a recipe I could not stop thinking about.  The tiny cheesecakes popping from the Food & Wine post just kept rolling about in my head calling my name.  And thus I found myself making a special trip to my local downtown grocer before hopping a bus back home after work to purchase the fancy fromage blanc and not so fancy cream cheese the recipe called for. Fromage blanc was not available, but there was creme fraiche, which I was told by the cheesemonger, would make a perfect substitute.   I believed him and hoped that this was not the beginning of the end of another story where my baked good went sideways.

It was a hot day in Seattle – a perfect time to use my oven.  So before digging into an experiment heating my already warm house I decided to lounge about in the backyard with the dog and read some poetry until the sun moved a little more into the shadows.  Then when the wind switched and I felt the afternoon chill move in – it was time to bring out the food processor, hand mixer, and pre-heat the oven to 350 degrees. 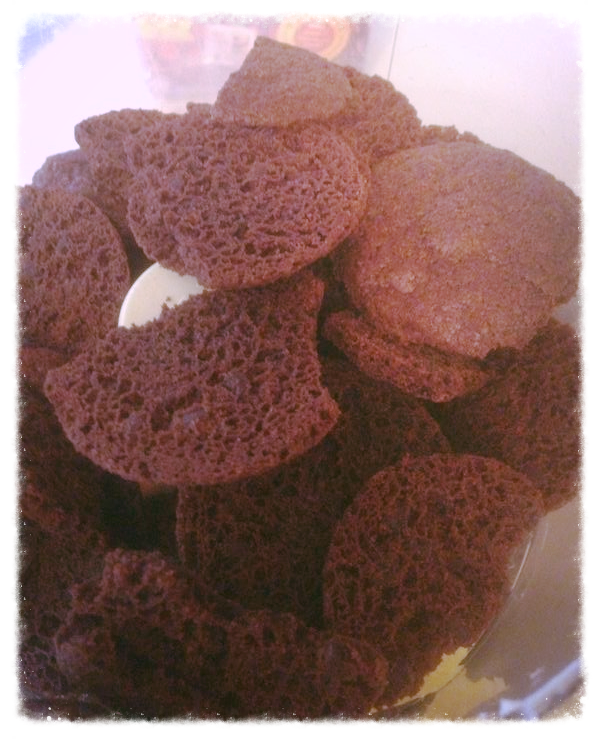 I counted out 24 chocolate wafers from my box of chocolate cookies, hacked off a big chunk of unsalted butter, and let my food processor go to work on the crumb crust as I read and re-read the recipe from my iPhone. 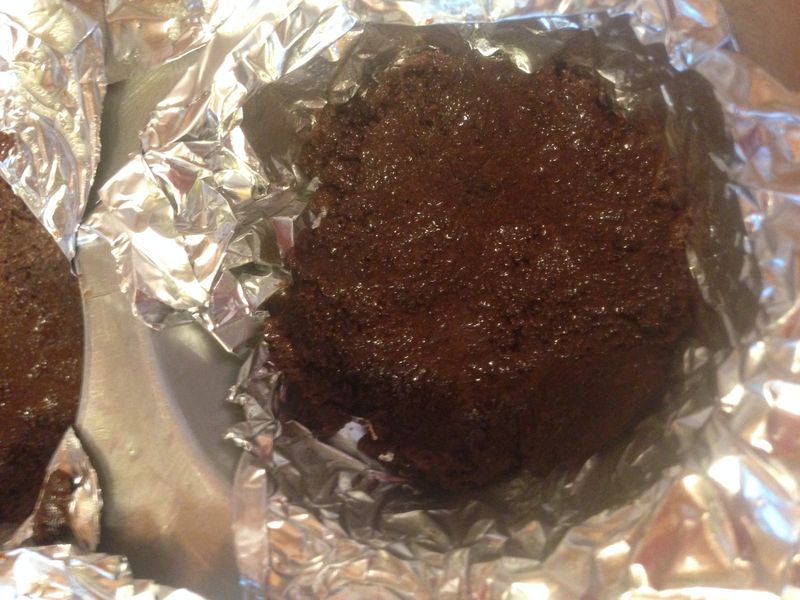 The crumb was patted lightly into the bottom of each muffin holder then baked for 5 minutes. 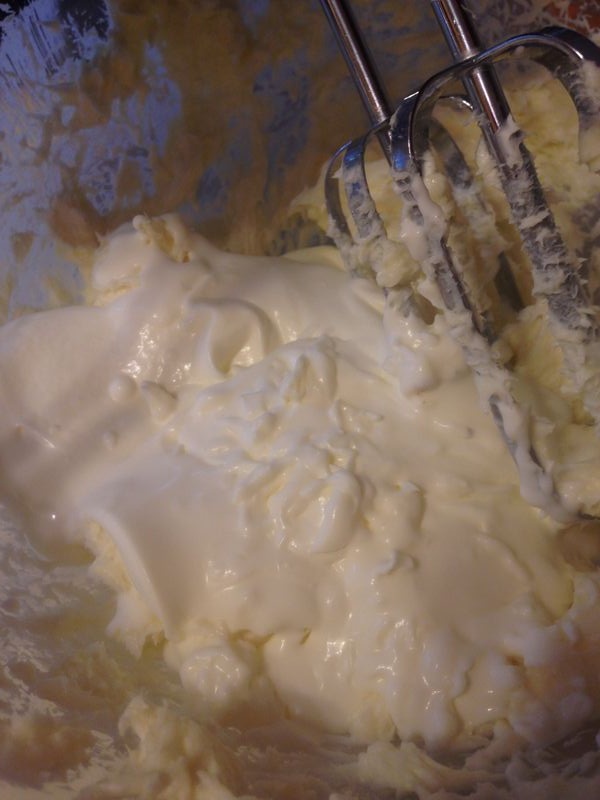 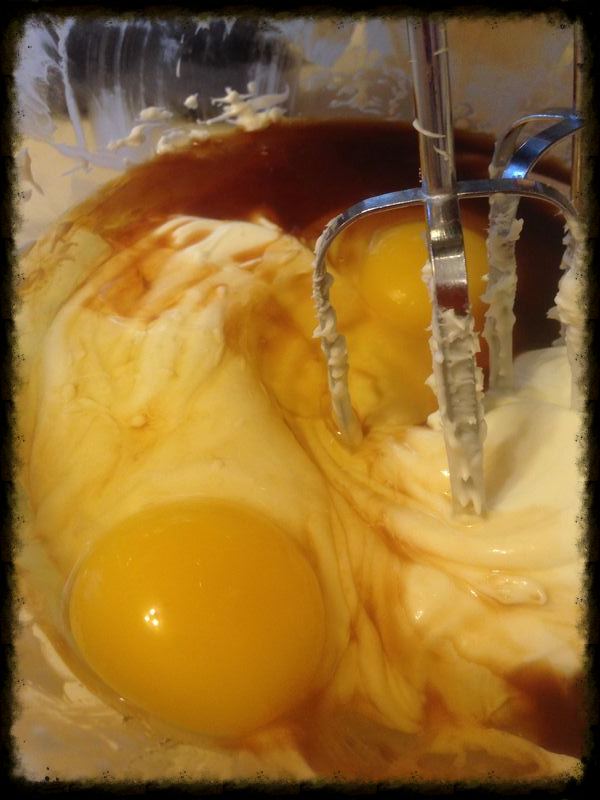 followed by my using a measuring cup to pour a small amount of cheesecake batter into each muffin tin.  My muffin tin and its ingenuitive muffin cups was not as big as the recipe anticipated so I had a bit of extra batter.  Odin was very enthusiastic about helping me get rid of it. 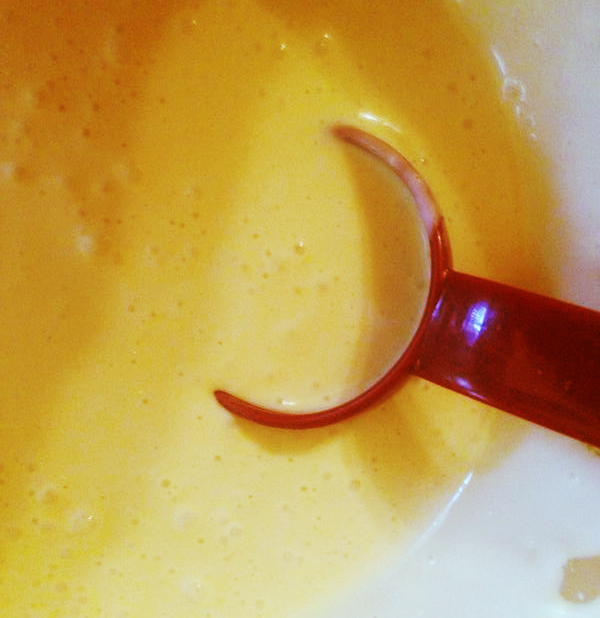 The tiny cheesecakes should bake for 15 minutes, or until they "jiggle slightly" when the pan is shaken.  I believe I overcooked mine as they did not jiggle, however, they looked very edible – but I double checked the recipe and found that at this stage I needed to douse them in raspberry preserve and put them in the freezer to set.  So after each one got a little jam cap on top, into the freezer went the hot pan. 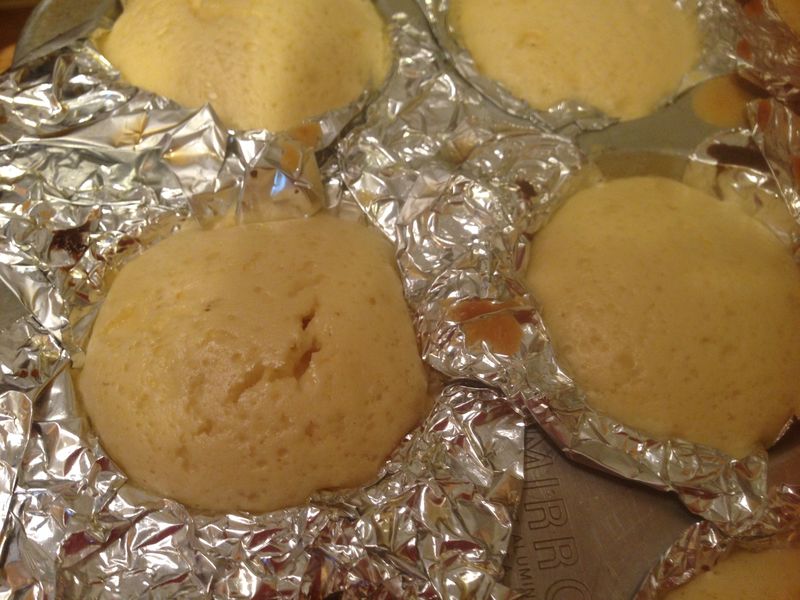 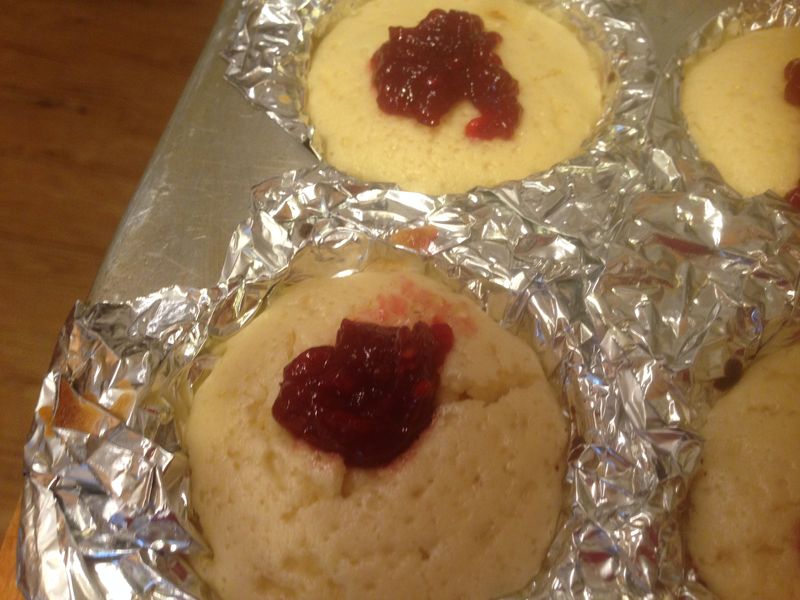 15 minutes later I pulled the little lovelies out and dug in.  Yum.  The perfect marriage of chocolate and raspberry with a creamy middle, but not too rich because its not that big. 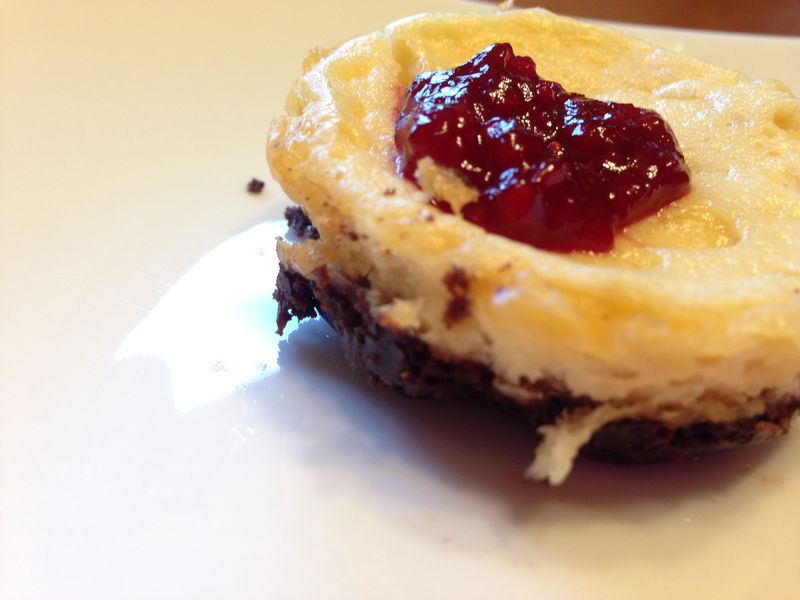 1 Jar of Raspberry Preserves, amount to use at your discretion

Step 1:  Line the muffin or cupcake tin with aluminum cupcake liners and spray down with cooking spray.

Step 2: Preheat your oven to 350 degrees

Step 3: Place the butter and chocolate wafers into a food processor.  Set your food processor to stun until it pulverizes the cookies and comingles it with butter forming a fine paste.

Step 4: Evenly distribute the chocolate paste into the bottom of your 12 cupcake liners and press down with your fingers to create an even crust in each.  Bake the crusts for 5 minutes to make sure they set.

Step 5: Take the room temperature cream cheese and 1/4 cup sugar and blend them together using a hand mixer.   Use a bowl that that has tall sides to avoid messes.

Step 6:  Add the creme fraiche to the cream cheese and sugar and blend with the hand mixer until smooth.

Step 7:  Add the vanilla extract and eggs, and blend until smooth.

Step 8:  Carefully pour the mixture into each cupcake liner.  Fill the liner 2/3 full.

Step 9:  Bake the cheesecakes for 15 minutes, then remove from oven and immediately top each one with a dollop of raspberry jam.  Use whatever volume of raspberry jam or preserve that you prefer.

Step 10: Place the muffin tin into the freezer for at least 15 minutes to set the cheesecakes.