So for a number of years I have been struggling with lentils.  They are good for you.  They are low calorie, low cost, high in fiber.  I just don't like them anymore.  I used to like them but then there were way too many bland versions of lentil stew made in my presence and left to sit in my co-op's refrigerator. 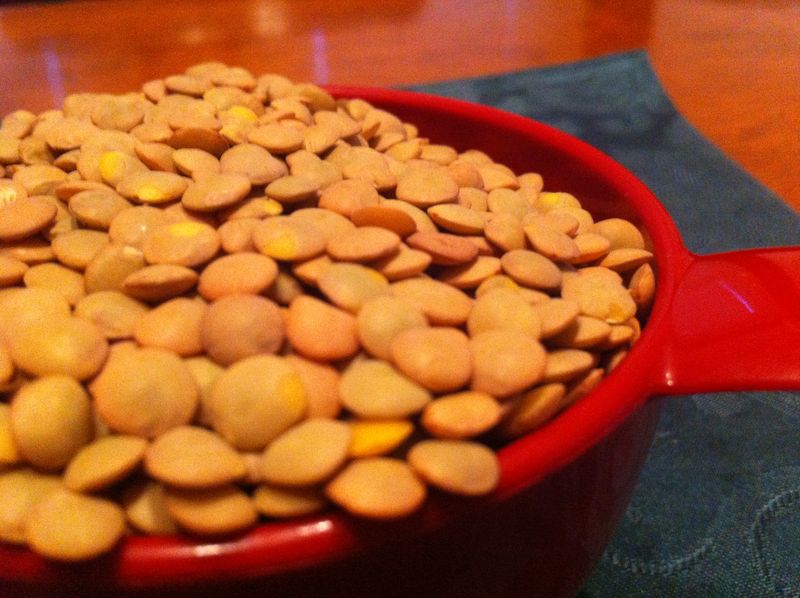 In an attempt to overcome my aversion and an overabundance of the legume in my pantry thanks to my roommate George's extremely thoughtful mother – it was time to try.  The goal – flavor explosion!  So much flavor you could barely tell there were lentils involved.

I went indian spice theme and researched a few different spicy lentil soup/stew recipes.  My research found a bunch of recipes calling for types of lentils other than the kind I have – but I decided to wing it and come up with a new recipe inspired by the collage. 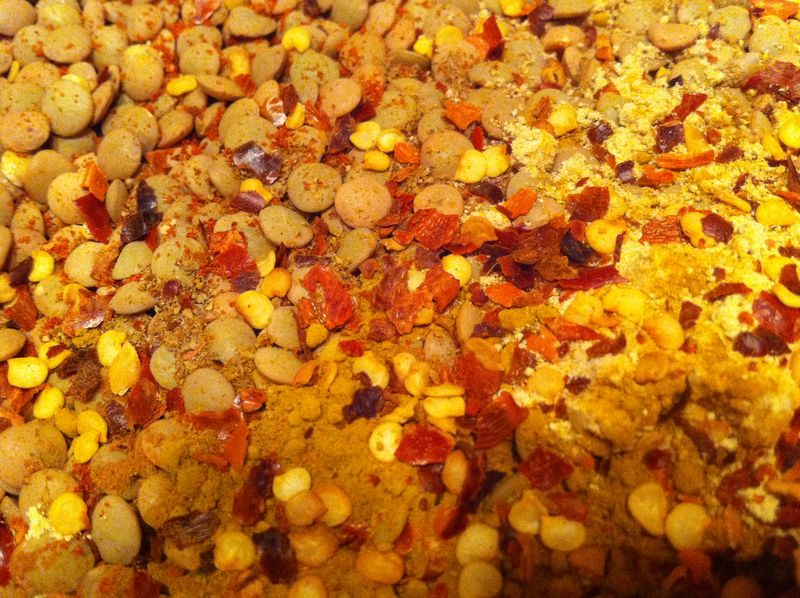 I pulled everything out of the cupboard that has strong flavor or could be made into a curry.  I decided against the pre-mixed curry powders and dived straight into the fenugreek (because I still have a ton of it), tumeric, cayenne, black pepper, coriander, cinnamon, ginger, and red chili pepper.

As I research my trip to India (journey and adventures to be relayed here in blog form this coming May) I get more and more excited and hopeful that I can somehow absorb the culinary traditions of its through my tongue.  We will see how that goes – in the meantime all I have are my cooking magazines, cookbooks, the internet and a ton of fenugreek and lentils to experiment with. 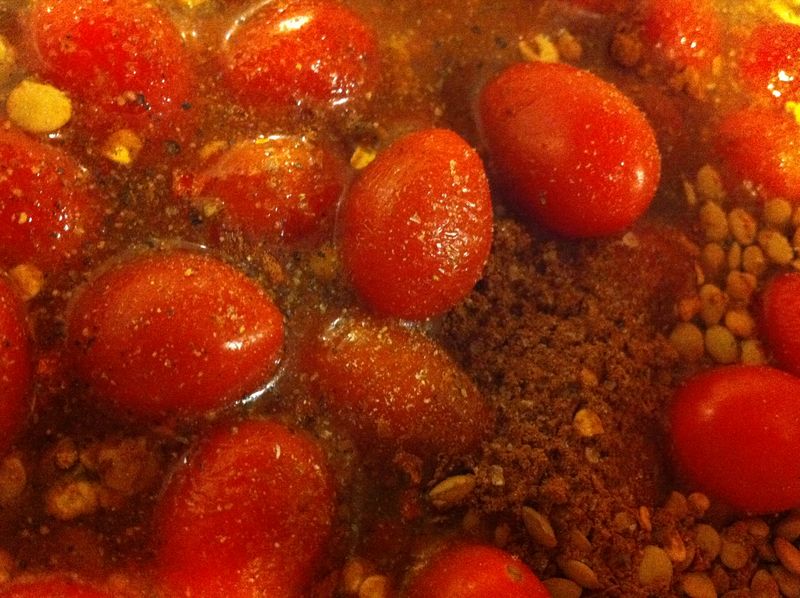 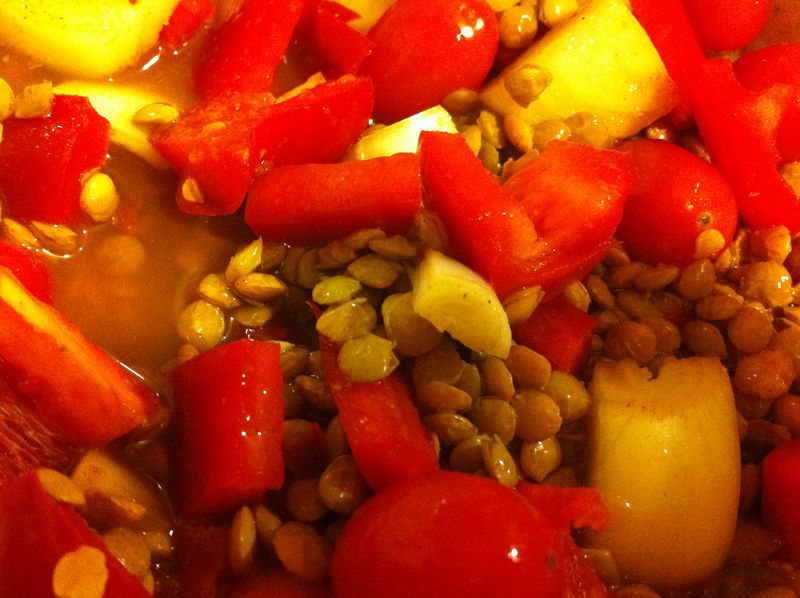 Other than spices I added tomato, onion and red pepper to add flavor to the oh so joyful challenging beans.  I piled everything into a slow cooker a.k.a crockpot and let it stew on high for 4 hours.  It came out looking like this. 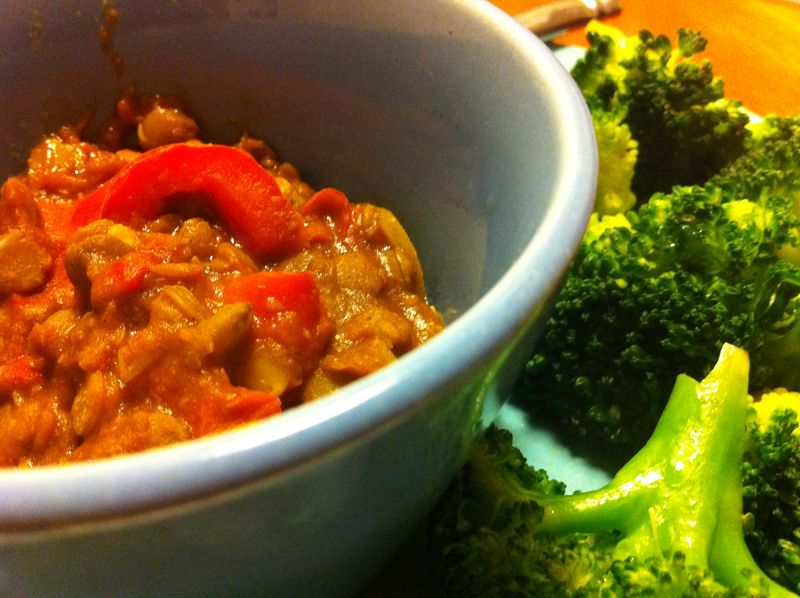 It was magically tasty.

Step 1:  Mix lentils and spices together in a crockpot.

Step 3:  Make a three cup pot of ginger tea (use either ginger tea bags or make from scratch) and add it to the lentils, spice and vegetables.  Stir in the one cup of tomato paste.

Step 4: Set the crockpot on medium or high and let stew for up to four hours or until the lentils are soft.