There once was a Maharaja of Rajasthan (before there was an India) who loved saffron so much he made a lake to grow its flowers the desert. 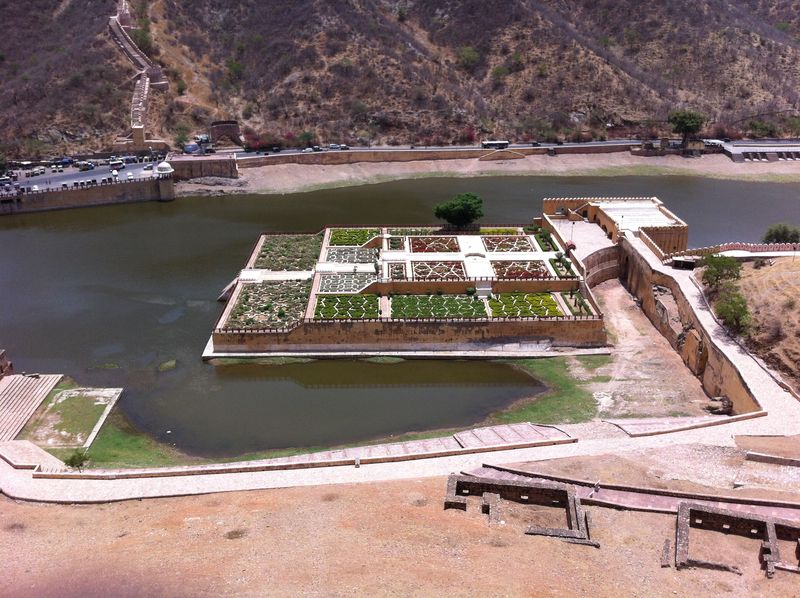 The lake cooled the garden so the crocuses could grow and produce their three orange-brown stigmas of saffron.  The Maharaja looked down upon the saffron garden from his Amber Fort of pink and yellow sandstone surrounded by 12 wives and a hall of mirrors. 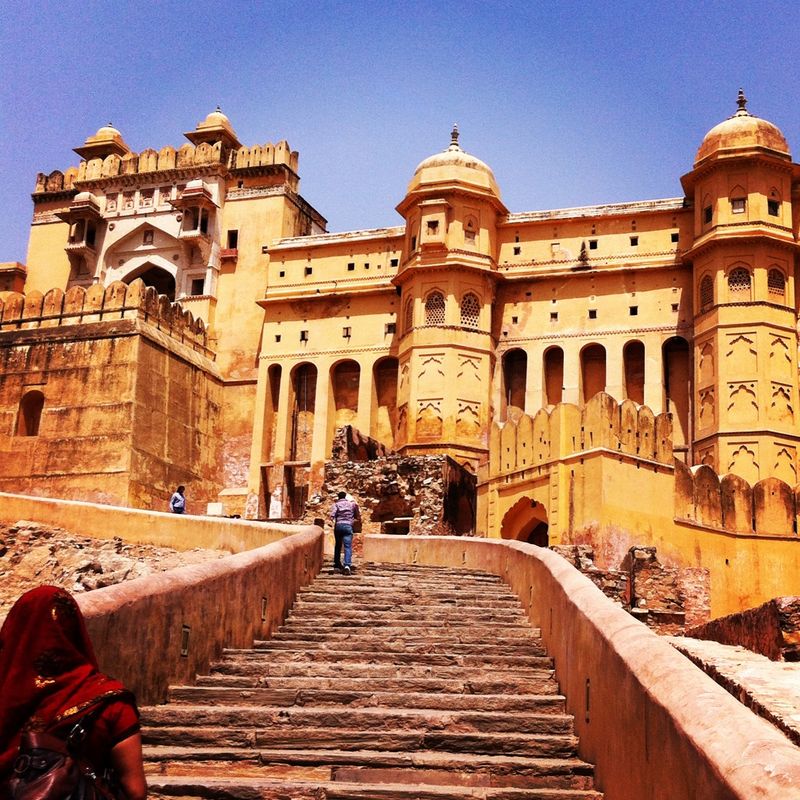 The Maharaja's Amber Fort still stands just outside the walls of Jaipur, the current capital of Rajasthan. It no longer holds a garden of saffron in its man-made lake – but while I was in Jaipur I did manage to purchase a significant amount of saffron for a reasonable price (in comparison to the United States) from a local spice merchant.

Arguably the world's most ancient spice – saffron is mentioned as far back as 1500 B.C. on papyrus and was known by the Egyptians, Greeks, Romans. The Crusaders reintroduced saffron to Europe in the 11th century and Maharaja Man Singh built his Amber Fort garden of saffron in 1592.

Saffron is expensive because each plant produces only three stigma – which must be hand harvested and dried. It takes 100,000 flowers to produce a pound of saffron. Luckily,  a little bit of saffron can go a long way – and it is recommended that only small pinch be added at the beginning of the cooking process to flavor an entire dish. 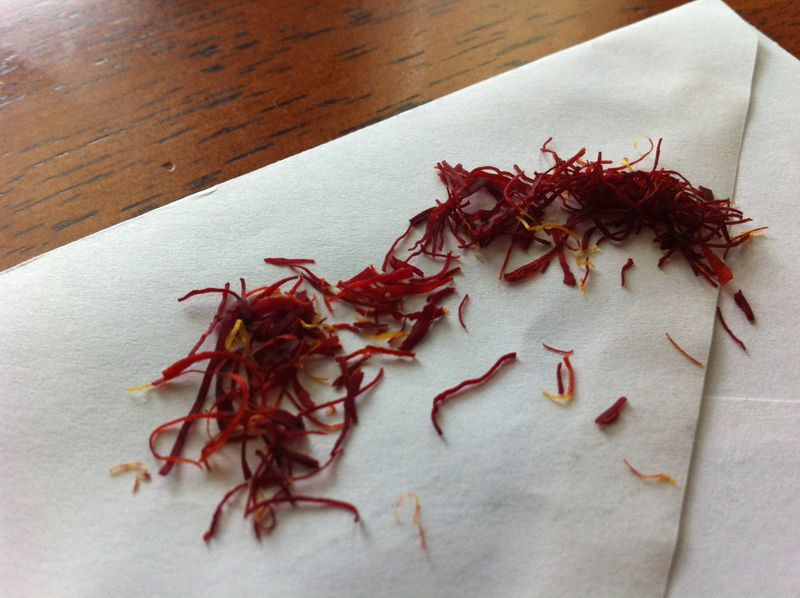 I did not follow this direction when I cooked a chicken last Tuesday.  I used about half of a small package of likely semi-adulterated saffron (saffron is often counterfeit or stretched with safflower, arnica, and marigold flowers) as part of a dry rub.  It was a semi-expensive experiment yielding a tasty result – a saffron preserved lemon roast chicken.  Unfortunately it took a back seat to the curry you read about in my last post. 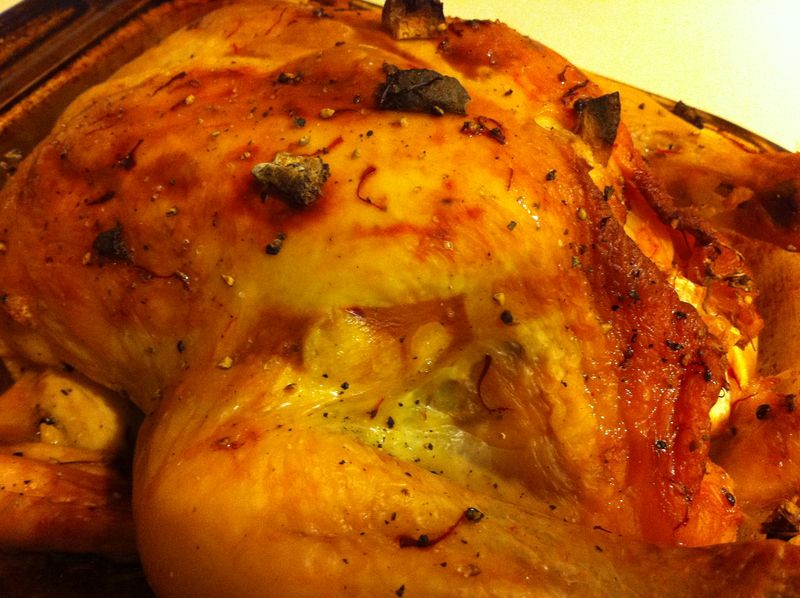 If you would like to try a saffron roast chicken I recommend the following recipe and method to more efficiently use your saffron and prevent a ridiculously expensive dry rub (unless you have an unlimited or large supply of adulterated cheap saffron to experiment with – then go crazy).

In a seperate bowl combine the water,  6 saffron stigma, and white wine.  Let the saffron soak in the water & wine as you stuff the chicken.

Stuff the inside of the chicken with spices, lemon juice, onion and celery.

Pour the water, wine and saffron mixture over the top of the chicken and rub it into the skin.

Sprinkle salt and pepper over the chicken and rub into the skin.

Dice the preserved lemon into very small pieces and stuff underneath the skin of the chicken breast with the remaining saffron stigma.