We are coming around again.  The vernal equinox rang in along with the daffodils and I just planted radishes, arugula and kale starts in the garden. 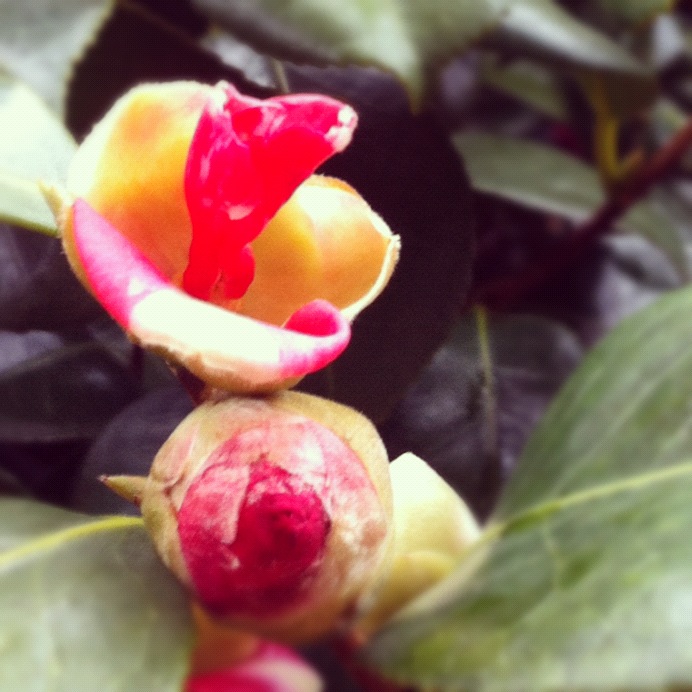 In my fridge's crisper however are hearty beets, parsnips and a lone sunchoke – winter's bounty waiting for dinner. 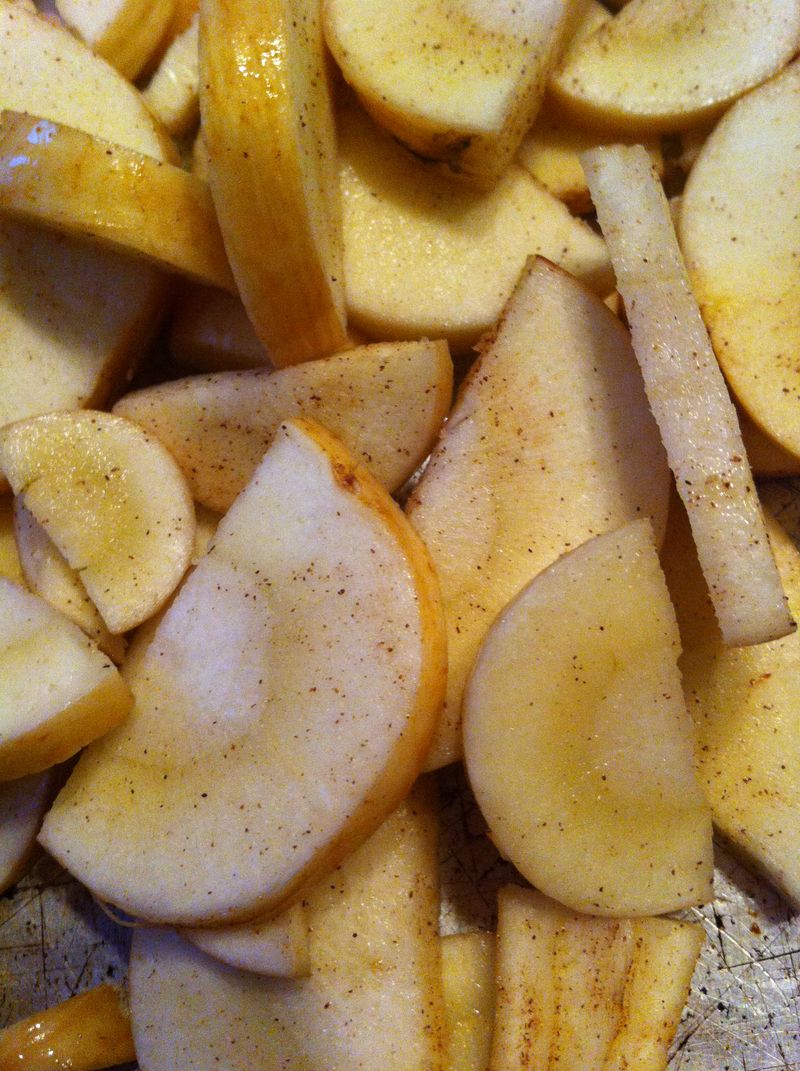 In January on a post-holiday purge I went on a cleanse which involved reducing my diet down to quinoa, lentils and veggies.  I also went completely vegan and stayed that way until the beginning of March.  I got interesting comments such as "you must be spending so much time cooking now" and "wow, that must be really boring."  The funny thing was that when I switched to a primarily plant based diet I spent way less time over the stove and in my kitchen. Partially because I wasn't photographing everything while on my mini blog hiatus – but also because quinoa and veggie in their whole forms do not take that long to cook and prepare. Here is a trilogy of roasted loveliness – beet, parsnip & eggplant.  The entire meal took less than 30 minutes to prepare. 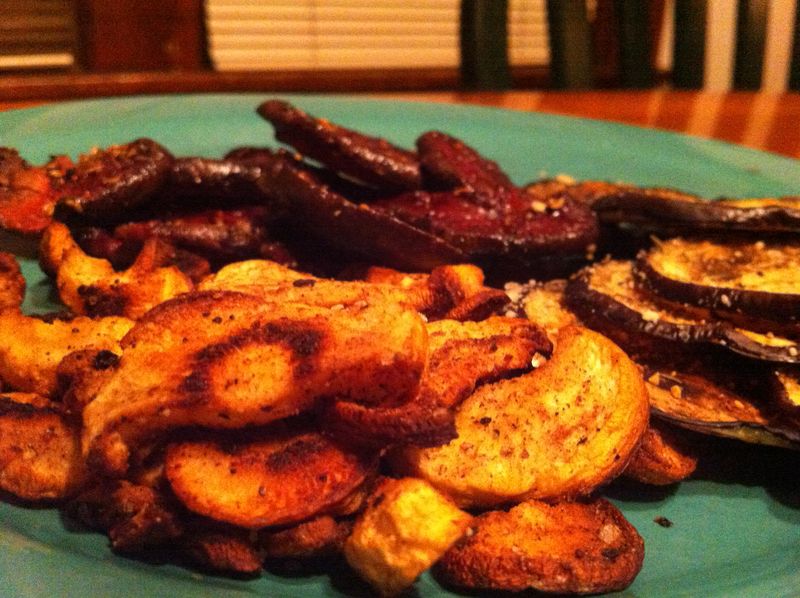 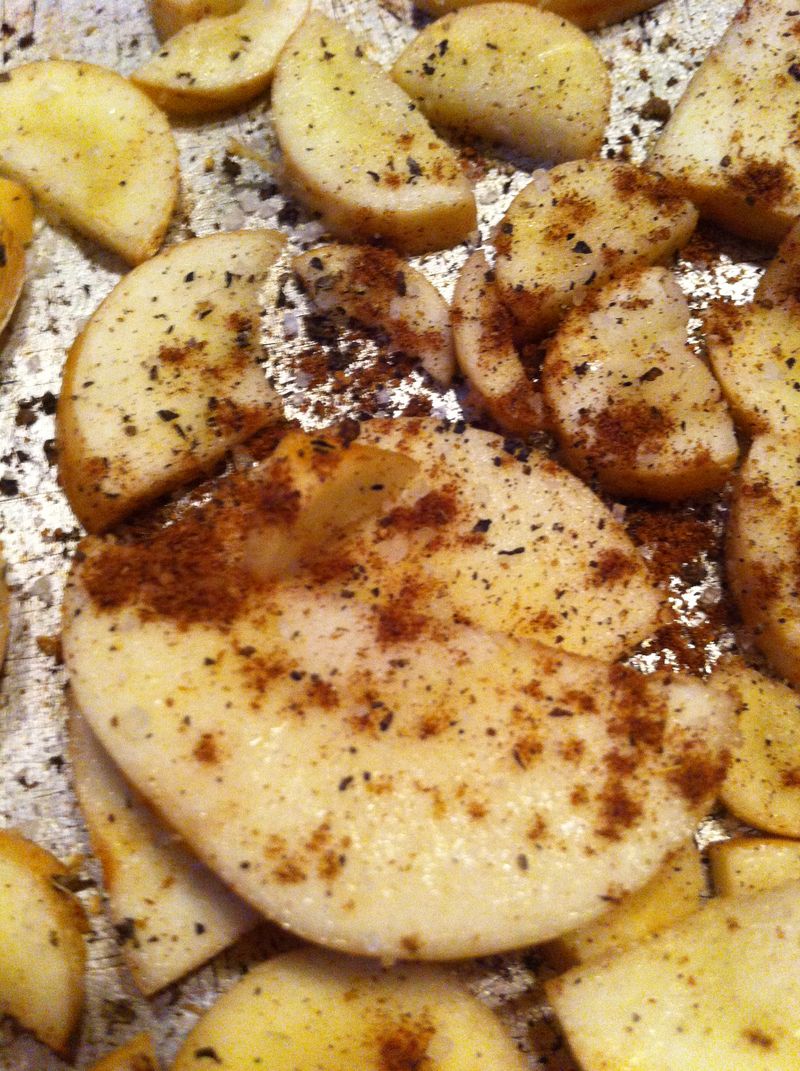 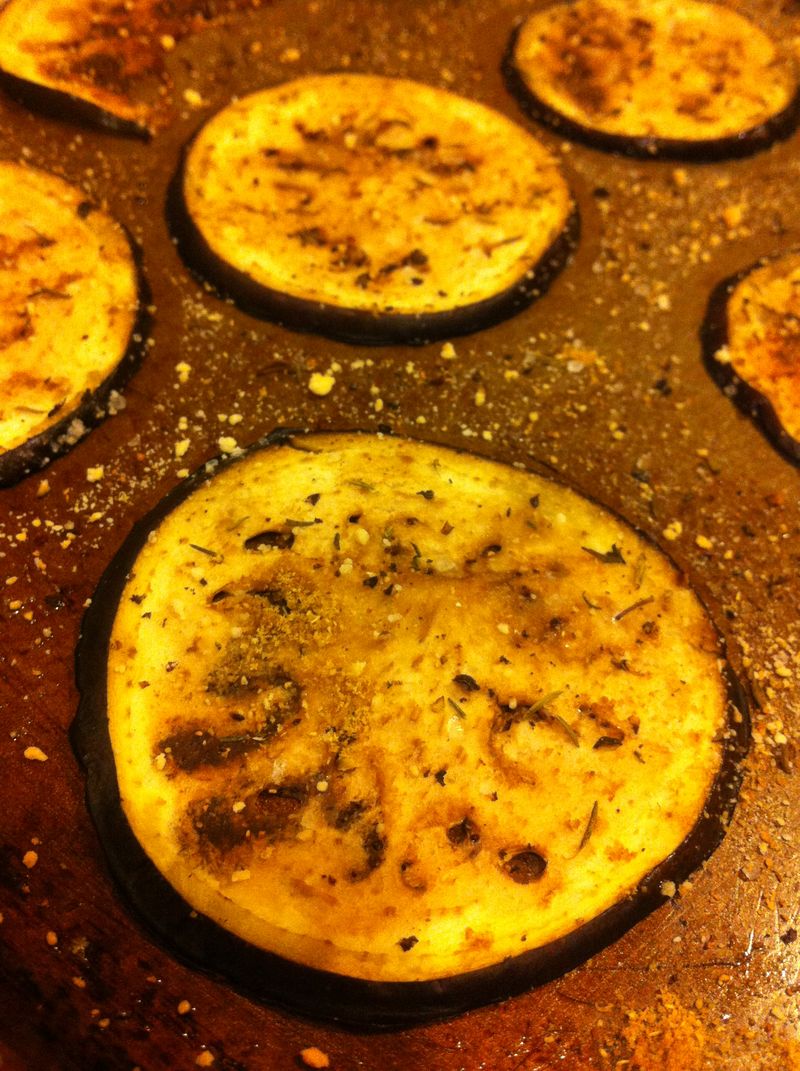 Boom!  a side of quinoa and you have a vegan dinner. Here is the recipe for this kidney cleansing and satisfying menagerie of a meal.

Chop the beet, parsnips and eggplant into 1/4 inch slices.

Pull out three seperate cookie sheets – one for each vegetable.

Pour enough olive oil or grapeseed oil over each set of sliced vegetables to have a very thin  coating on each slice.  The amount will be roughly a tablespoon per vegetable used.

Choose your spices!  For this recipe I used sea salt on every vegetable and garam masala on the parsnips, anise on the beets and coriander on the eggplant.  Use the spice and herb or your choice and experiment with flavor.  Trust your nose.

Dust the oiled veggies with your spices and then spread them out on the cookie sheets.

Bake the veggies at 350 degrees for about 20 minutes or until slightly browned and sizzling.