The days of this spring go by in Seattle and it is becoming obvious that Seattle is being spoiled by sunlight, while the rest of the state of Washington, Oregon and most of California are in a drought. As I am not the jet stream, in the business of agriculture, or able to muster up an act of nature to stop el nino or global warming,  all I can do is practice gratitude for the sun in my backyard and use the lack of rain to my personal advantage. 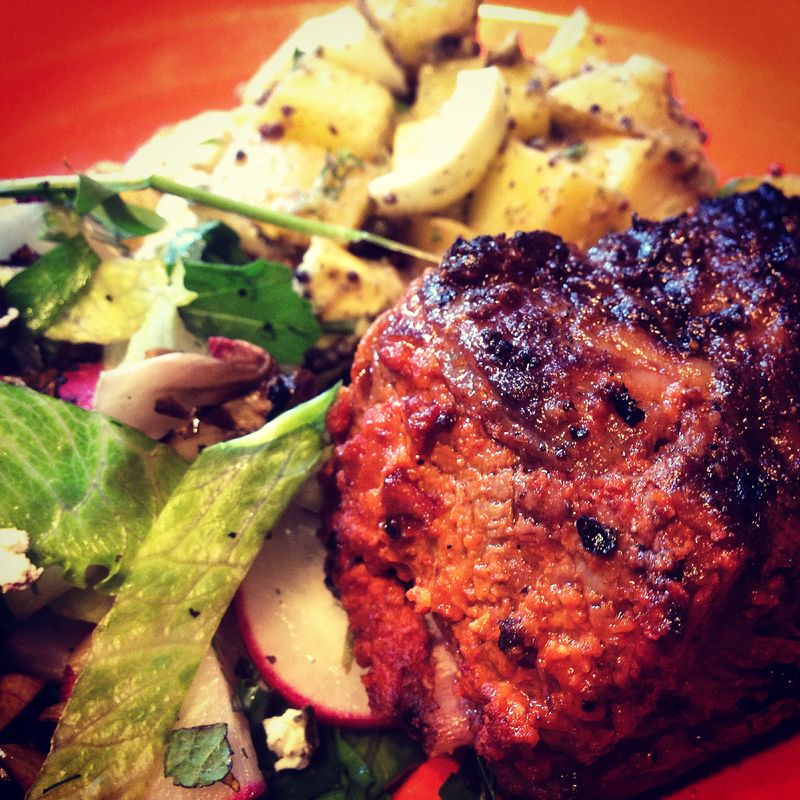 In the land of food, that means pulling out the charcoal grill and using fire to cook on my uncovered patio.   There are days I wish I had a gas grill so I could make quickly some of recipes I read inside the pages of glossy food magazines.  But then I think how turning a nob to make fire is cheating.  To grill is to make fire from your own hands, or to give your significant other something to do to be part of the cooking team. 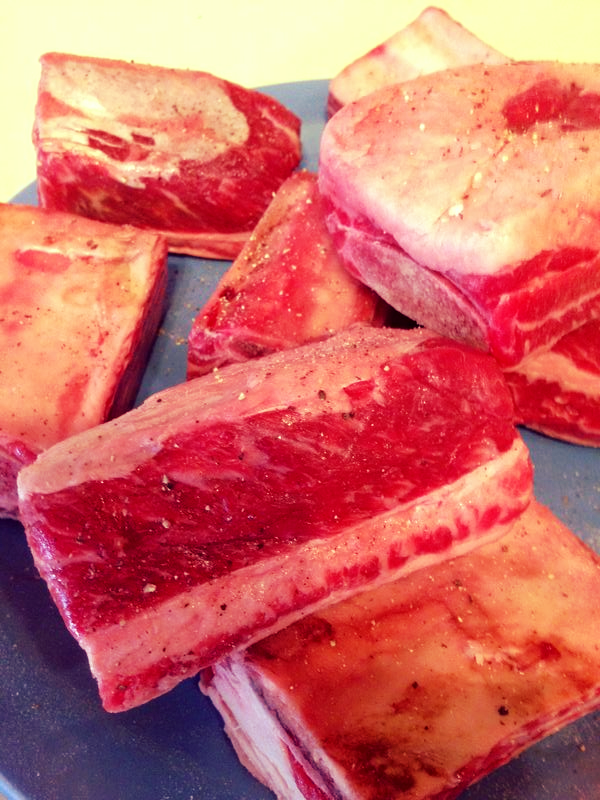 This fine Saturday of Memorial Day weekend, after first planting a tiny garden of a dozen beets, a zucchini, a singular sweet pea, five pole beans, six cucumbers and some innumerable amount of tiny lettuce seeds I sat down with the June grilling issue of Bon Appetit and started paging through on my back stoop just as I was asked the question "What do you want to grill for dinner?" 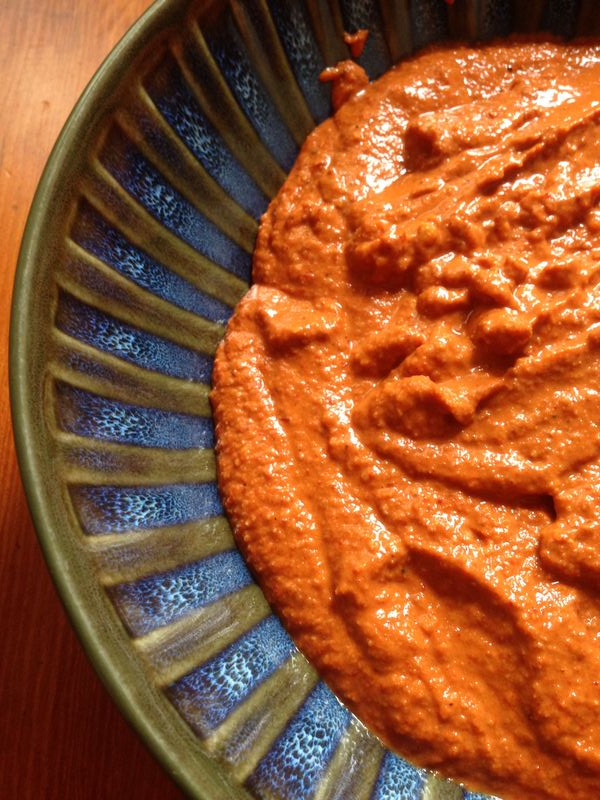 I found staring up from the pages a slightly adventurous and tasty looking recipe for short ribs with mole.  "Want to try this?"  I passed the magazine over to my inquiring fire-maker, and I got a nod of agreement and approval.  It was a plan.

Initially reading the recipe I thought I had everything in the house on hand, except for the short ribs. I was wrong.   So a list was made and we made a field trip to the local grocer.  We did not find boneless short ribs as the recipe called for but we picked up twice the amount of bone-in and hoped that the bones wouldn't change anything. 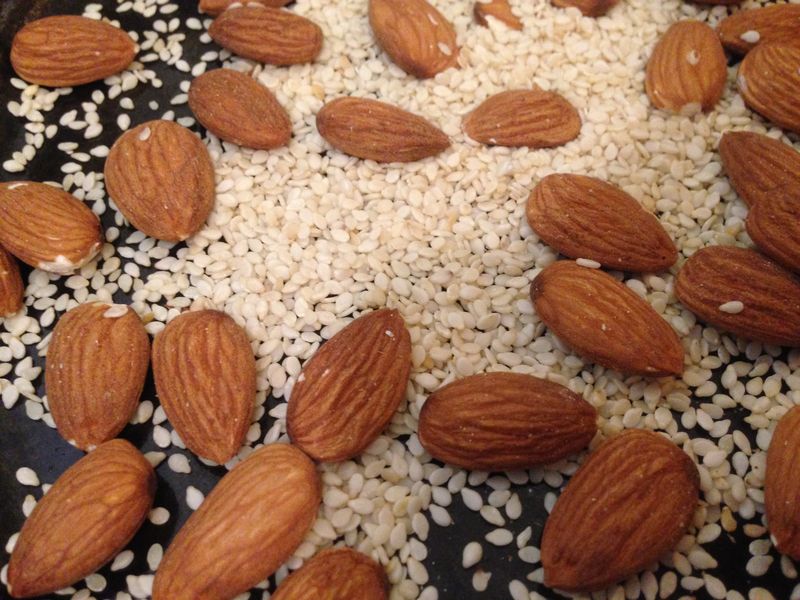 Making the mole is the hardest part of the recipe, and the rest is easy.   You start by toasting almonds and sesame seeds.   Next, you grind the toasted seeds to a fine pulp in your food processor. 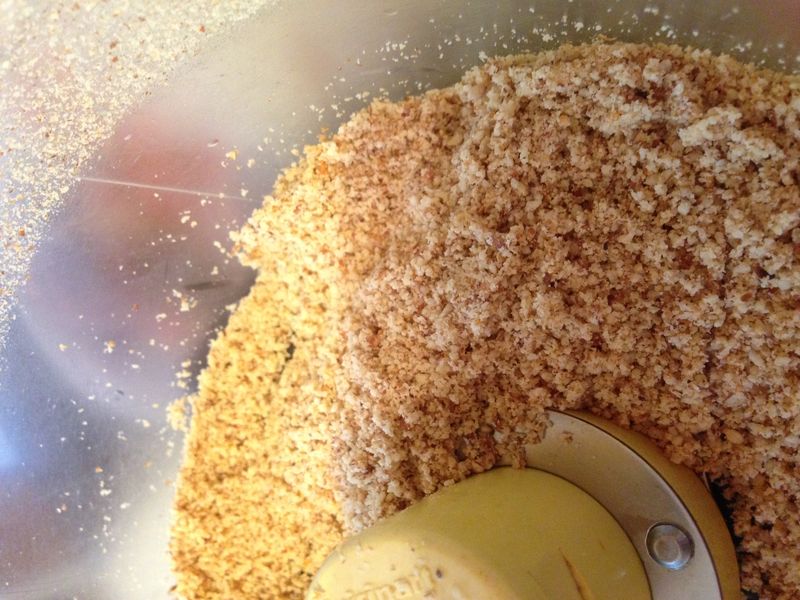 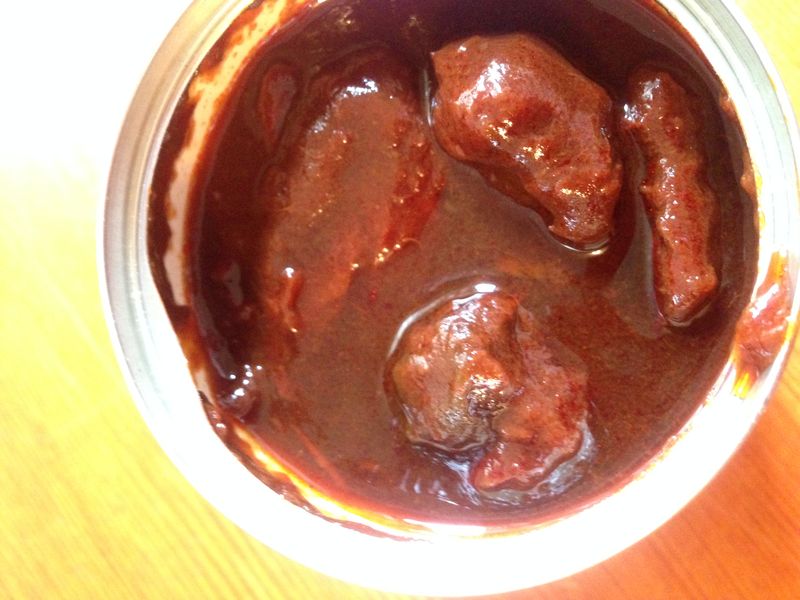 Then add the red roasted peppers and canned chipotle chilis that have been hanging out with adob0 sauce (don't forget to take the seeds out of these little guys unless you want something really spicy). 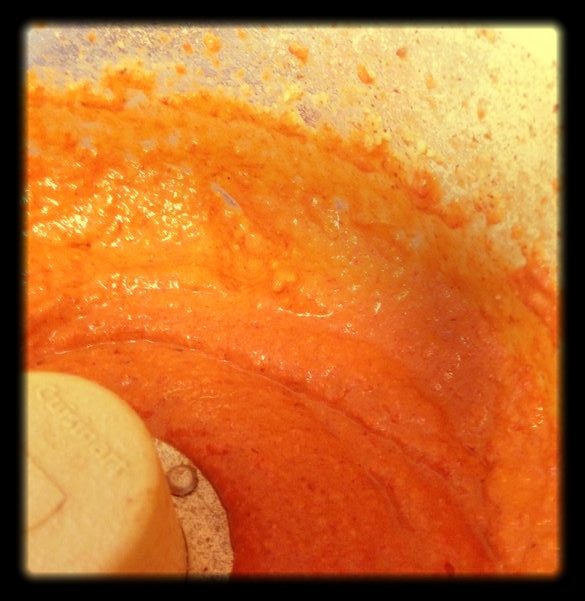 After the peppers and seeds are all blended together add salt to your taste and put the mole sauce in the fridge to hangout with itself for a little while to increase the flavor.  Meanwhile, salt and pepper the short ribs so the salt can work its way into the meat. 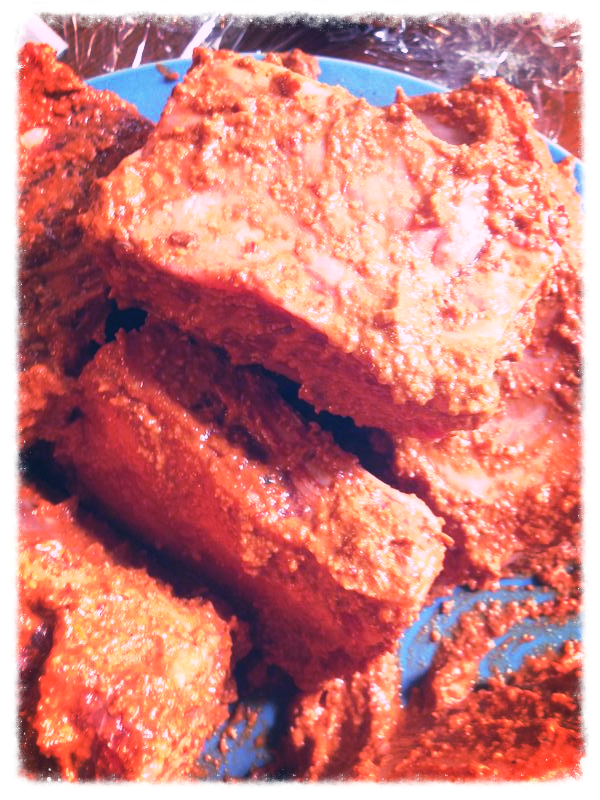 I learned that bone-in short ribs take a little longer on the grill than boneless. However, the flavor is not impacted at all.  In our case our dog Odin enjoyed the meal quite a bit more as he got all of the leftover chewy chunks we could not gnaw off the bone with our own teeth, but cut off for him to gnash on. 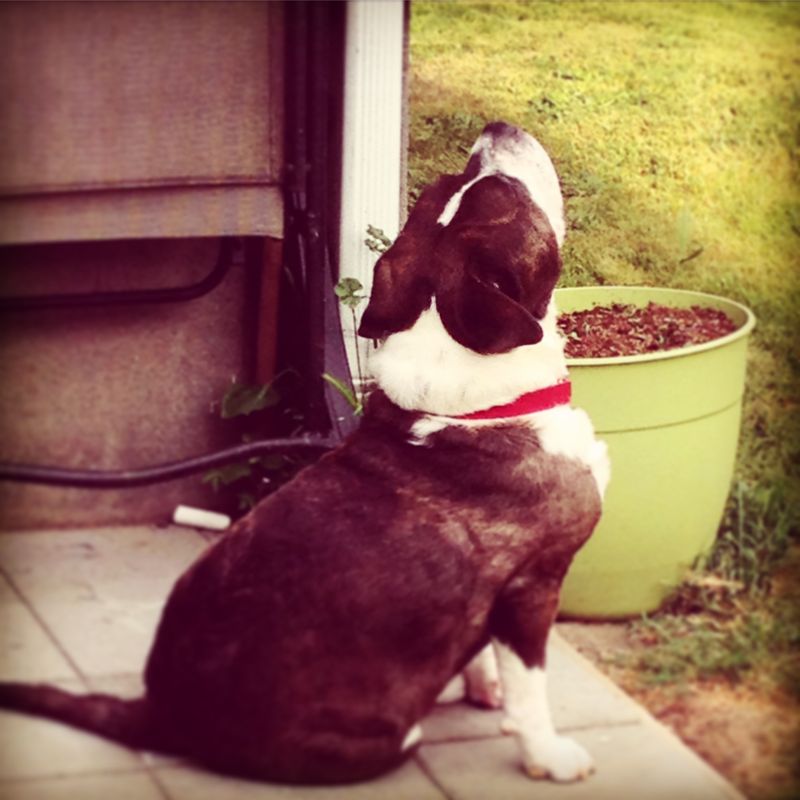 2 cups roasted piquillo red peppers (if from a jar, drain them)

Step 1: In a cast iron pan, toast the almonds and sesame seeds on medium heat until they are slightly browned.

Step 2:  Place seeds and nuts into a food processor and grind them until they are a fine powder.

Step 3: Drain the jar of roasted red peppers and add the peppers to the nut and seed powder inside the food processor.

Step 4: Count out 4 medium or 5 small chipotle chiles from the can of adobo sauce.   Using a pairing knife cut the peppers and take the seeds out.  Add the seeded peppers to the food processor with about a tablespoon of the adobo sauce from the can.

Step 5:  Grind a little sea salt over the mixture then blend it all together with the food processor.

Step 6:  Dry the short ribs with a paper towel and sprinkle sea salt and pepper all over them.  Set these aside to come down to room temperature as you prepare the charcoal and the grill.

Step 7: Grill meat on a medium high heat fire for about 15 minutes or until your meat thermometer reads 130 degrees.

Serve and enjoy.   Warning this is not a clean or dainty meal to eat.