So it happened.  I purchased the official companion cookbook to A Game of Thrones, entitled A Feast of Ice & Fire, from the lovely ladies who write the food blog innatthecrossroads.com.  That was two months and some other retail therapy ago.  I paged through the cookbook initially and thought "huh, medieval cooking uses a lot of cloves"  then promptly put it on my shelf and didn't experiment at all. I made a challenge to myself a few days ago that I could not purchase anything until I leave for London on June 3rd.  First, to save money to travel in the very expensive city of London and second, to curb my recent habit of not cooking that much at home recently.  I've been on a bit of a fine dining bender and that can only take someone so far before their pocket book is empty and their belly fat is protruding over the belt. So into the depth of my freezer I went to see what I could find, and I found a duck.   We can have fine dining at La Casa de Paprika Angel – heck maybe that should be the name of my cookbook if I ever get around to writing one. As the duck thawed on my counter I asked myself – do I go asian or medieval on it?   I chose medieval and luckily had my handy official Game of Thrones cookbook. 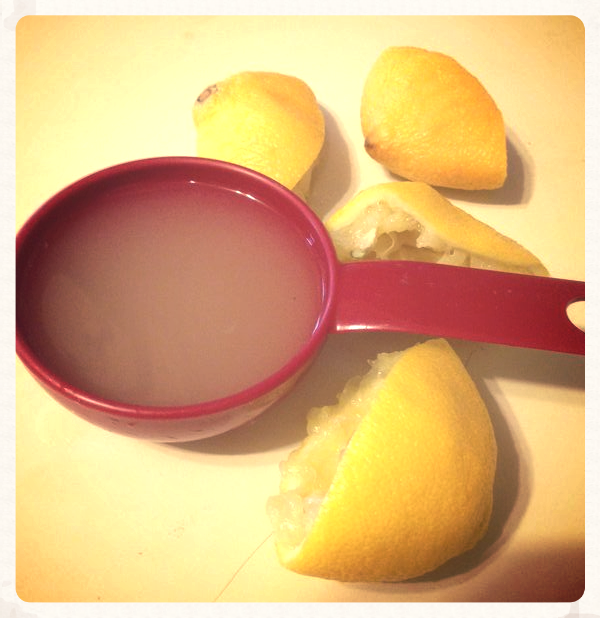 The medieval duck recipe is very straightforward.  Lemons and a spice mix of chili powder and white pepper reduced with honey to create a lovely glaze. The book says the recipe is spicy, but I found it to be quite mild, so when I make it again I will put a little bit of cayenne in the mixture – which is noted in my adaptation of the recipe below. 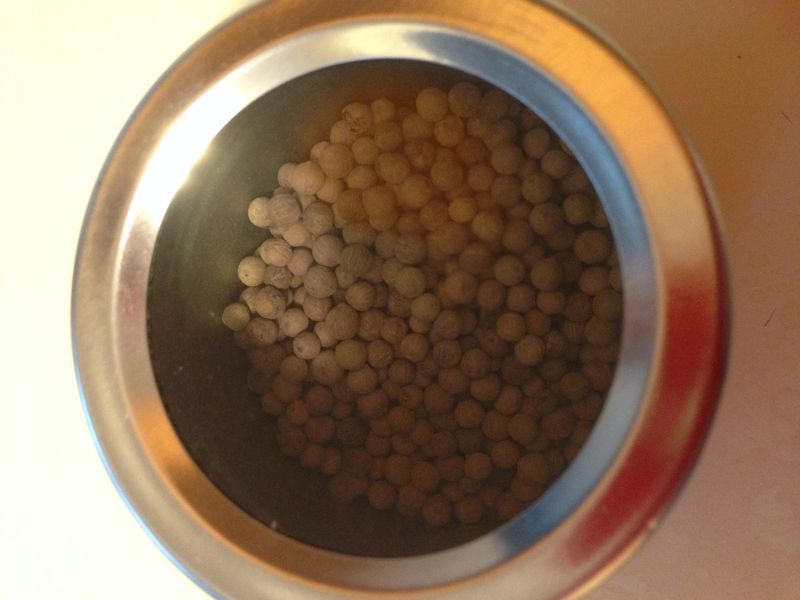 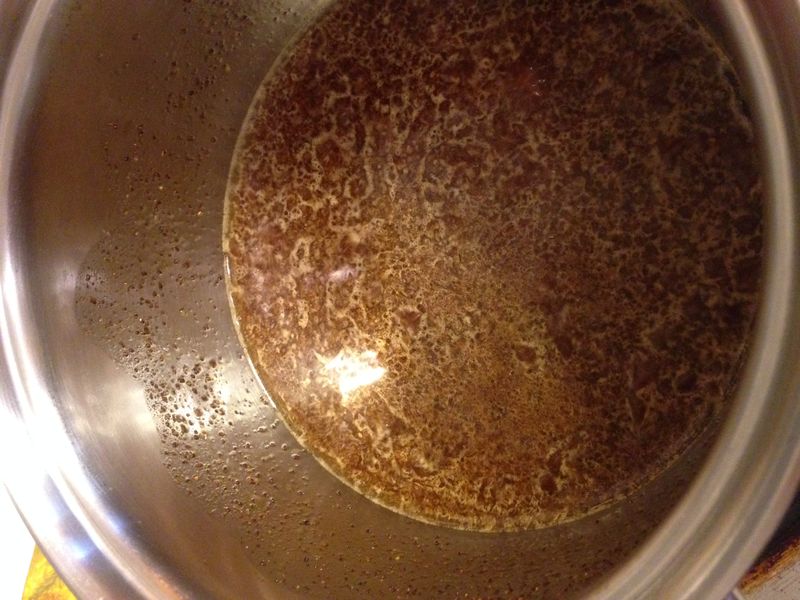 Two lemons also makes almost exactaly a half cup of lemon juice.  As I only had two lemons, I was very lucky to have just enough juice for the glaze, but in a perfect world I would double the amount so I could coat the duck with no concerns that I would run out.

The recipe also encouraged me to cook root vegetables in the roasting pan with the duck, so they could cook in the duck fat.   I chose instead to place a bag of frozen brussel sprouts, and some sad broccoli dying in the crisper in the mix with my carrots.  In the end the broccoli did not work out, it was cooked to a complete crisp.  The brussel sprouts and carrots however turned out to be deliciously drowned in duck fat. 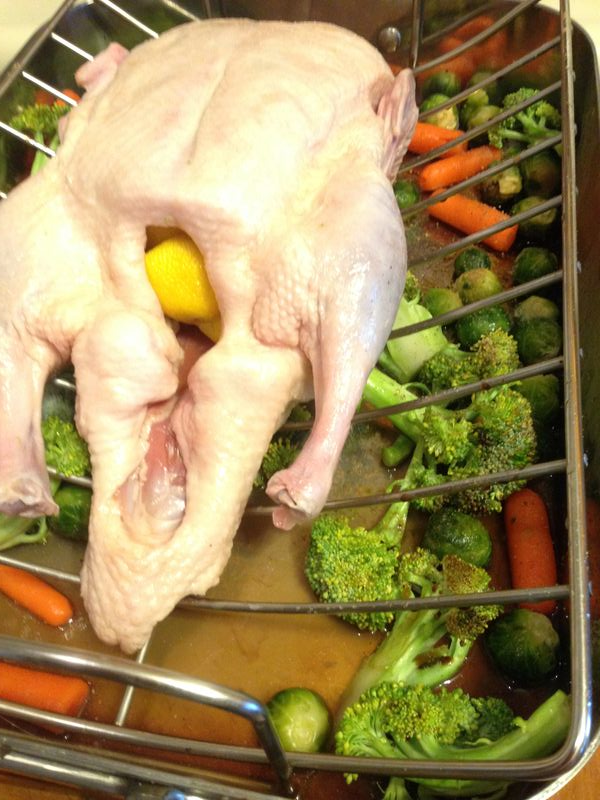 Once the glaze is ready, you put the two squeezed lemon rinds inside the duck, then coat the duck thoroughly with the glaze.   Place the duck breast side up in a roasting pan and bake the duck for approximately two hours, stopping to reapply glaze at 45 minutes, and then 30 minutes, and then 15 minute intervals after that.  I ran out of glaze, which made me sad – but the duck still turned out delicious. 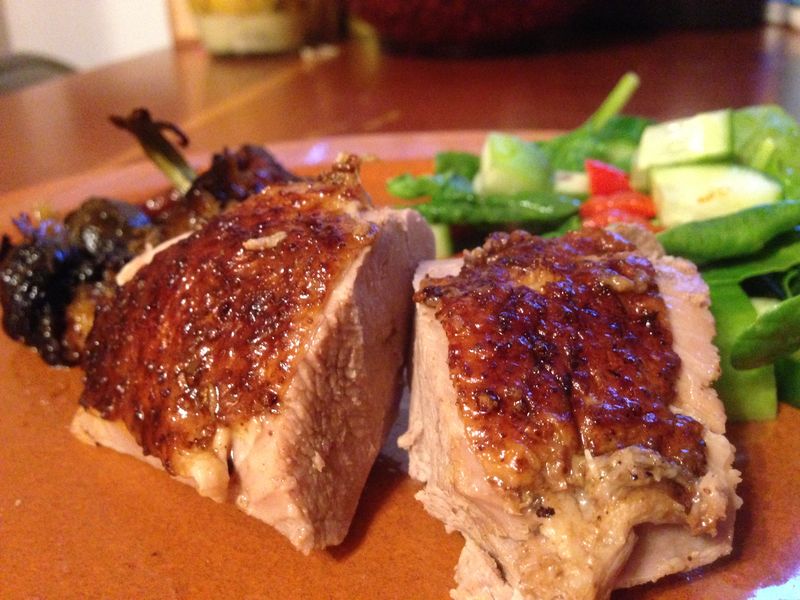 So delicious that all of the leftover wings and legs were eaten up by the men of my house the next day with comments of "that duck was good."  My guess is that the flavor of the glaze was concentrated in the leg and wings and that there would be the most intense flavor. All the more reason to make more of the glaze next time to ensure it can be generously applied to the bird.

Because I feel so strongly about needing more glaze the recipe below reflects my changes in spices and volume (so in other words feel no need to double the glaze recipe, I already have for you).

adapted from A Feast of Ice & Fire: The Official Companion Cookbook to A Game of Thrones by Chesea Monroe-Cassel & Sariann Lehrer

4 lemons, squeezed and juiced to get at least a 1 cup of lemon juice

1 Tbsp sea salt (for the glaze)

Step 1: Thaw duck for at least one day if it was frozen.  When the duck is thawed pat it dry. Then generously salt and pepper the entire bird.  Rub the salt and pepper into the skin of the the duck and shake or grind some into the cavity of the bird.

Step 2: Cut in half and squeeze the lemons into a liquid measuring cup to ensure you have at least a cup of lemon juice.  Put the halved and juiced lemon rinds inside the cavity of the duck.

Step 3: Measure out the spices into a small sauce pan and pour in the lemon juice,oil and honey.   Heat the mixture on medium stirring frequently until it reduces just slightly.

Step 4: Coat the entire duck in the glaze from top to bottom.  Put a little bit of the glaze in the cavity of the bird as well.

Step 5: Preheat the oven to 350 degrees.  Make sure your vegetables are in the bottom of the roasting pan with the duck.  Bake the duck for one hour.

Step 6: At the one hour mark, take the duck out of the oven and baste it generously with more glaze.  Bake the duck for another 45 minutes, then take it out and apply more glaze.  Bake for another 15 minutes or until the temperature at the leg joint is 160-165 degrees. (my oven took almost another hour for the duck to reach the done temp so make sure you use a meat thermometer).

Step 7: When the duck is at its done temperature, remove it from the oven, baste it again, then let it sit for 10 minutes.  Carefully carve the duck and serve.