What is a chayote?  For those of us not raised in Mexico or other parts of Central America, or with the cuisine there from,  this squash vegetable may not be very familiar.  It is however very common to those not raised in the northern half of  North America, like me, and was a staple of the Aztecs.  Its name, chayote, comes from the Nahuatl language. I happened upon it in an international grocery store in south Seattle next to its prickly cousin and decided it needed to come home with me for a food adventure. I consulted my handy illustrated food encyclopedia first, written around 1996 it is pre-wikipedia and sometimes has really fun facts about foods (if they are in there).  Excitingly enough, the chayote was in there – and I learned that I had luckily chosen wisely when picking out my mystery squash at the store, both because I chose a highly nutritious squash, I also chose one in the right state of ripeness to be usable. 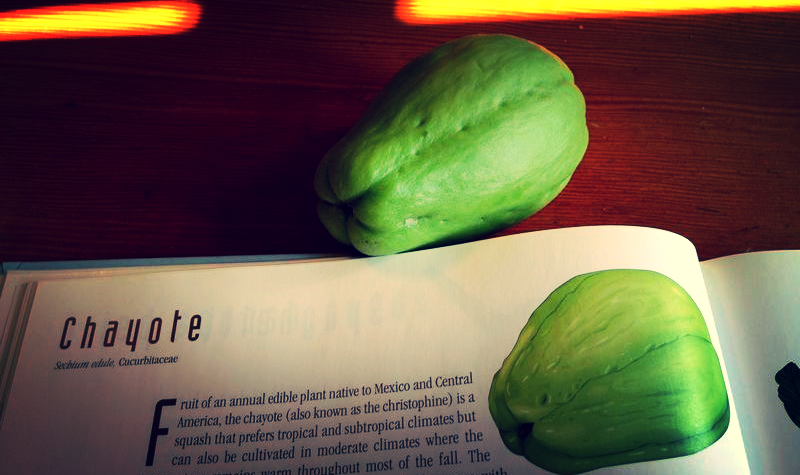 In the same family as cucumbers and summer squash the chayote is low in calories, high in vitamin C, potassium, folic acid and fiber.  My further internet research revealed that it makes a great alternative to flour pasta (like zucchini) because of its consistency and its subtle squash flavor. My spiralizer however was the wrong shape to make noodles from it so I julianned it which worked quite nicely for this recipe. I also used some creativity to figure out how to skin the prickly chayote (which was very prickly I might add). 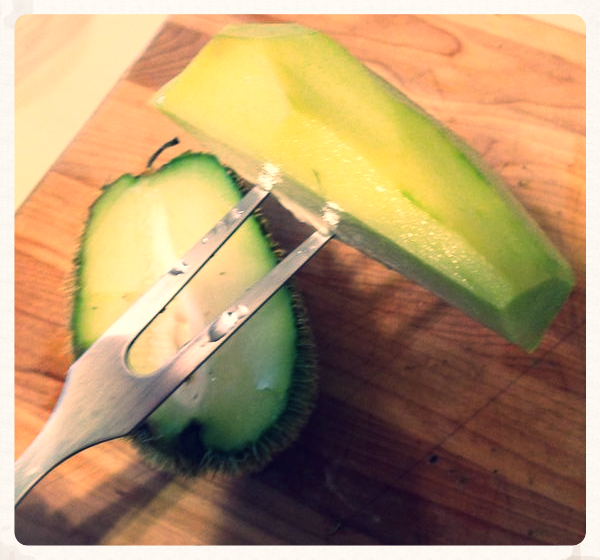 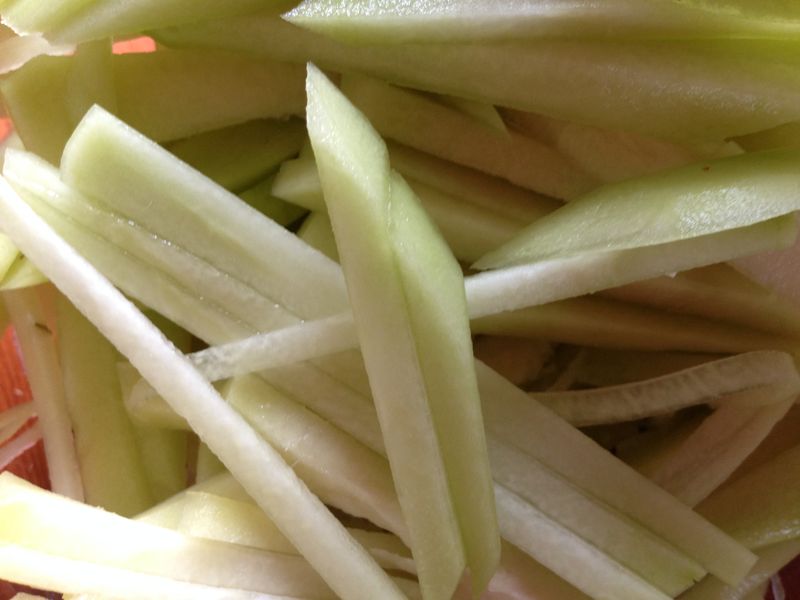 Because every recipe I read mentioned subtle flavor I decided to make something that worked with the flavor versus covering it.  The flavor of the chayote is like a cucumber meets an apple meets a zucchini meets a potato with the consistency of a green papaya.  Perfect for a light basil tomato garlic dish on a Sunday evening after multiple meat-filled holiday barbeque meals. 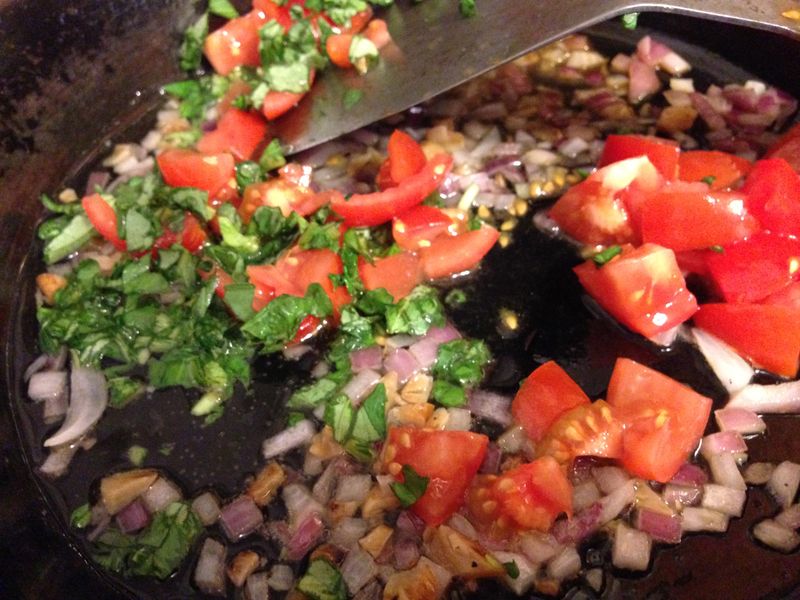 This recipe is fast, tasty, nutritious and I recommend serving with a sprinkling of parmesan cheese over the top.  If you want to keep it completely vegan however, just omit the butter and don't sprinkle cheese on top – it will still be quite tasty. 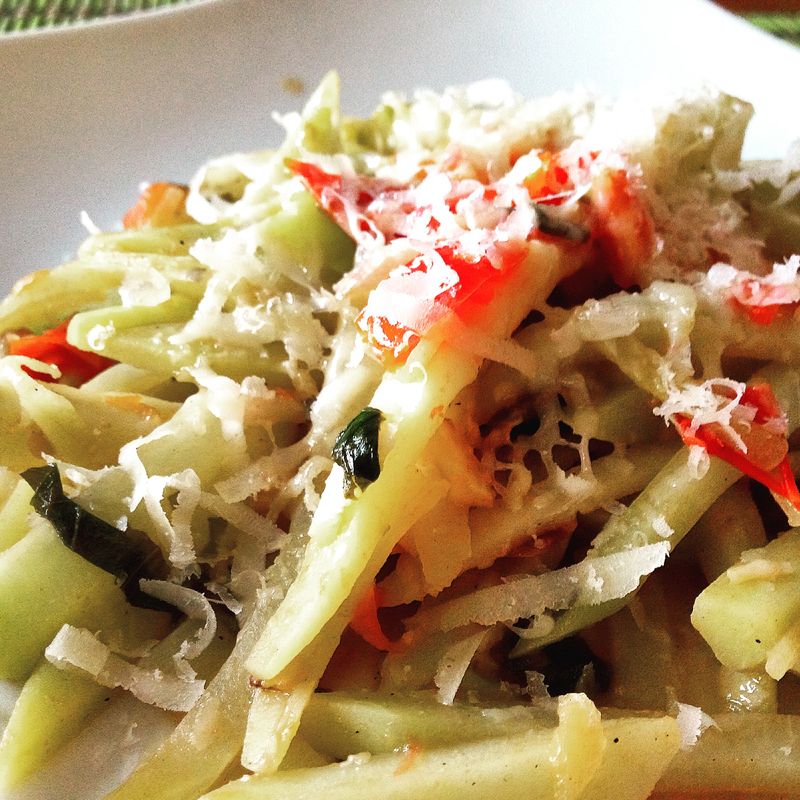 2 chayote (prickly or not prickly), skinned, spiralized or julianned

Step 1: Skin and spiralize or julienne the chayota and set aside.  Finely chop the garlic, onion, and tomato.

Step 3: Add white wine and lime juice, stir into the oil and butter.   Then add the chopped tomato and basil, stir and cover.  Cook the mixture for 2 minutes., or until the tomato just starts to break down.

Step 5: Uncover and serve with a sprinkling of grated parmeasean.