Recently Seattle was rated by someone as having the worst traffic in the entire United States. My well-planned drive to Portland on a Friday afternoon cemented this sentiment in a real life 3 hour inch fest for 61 miles from Seattle to Olympia. I reached PDX in 5 hours. 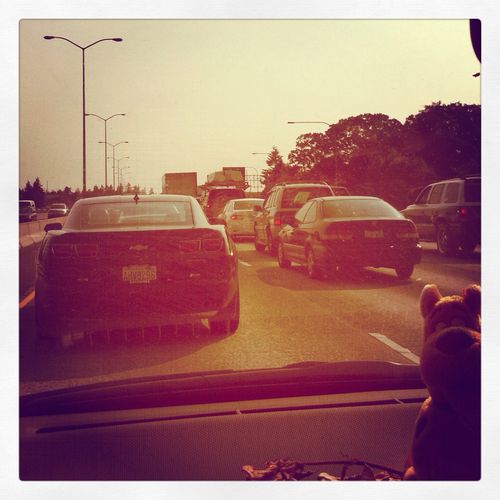 All was well upon my arrival in PDX as I met my new friend Eve-Marie and we walked to the Urban Farmer – a steakhouse with a 250 mile menu. Nothing soothes a long stay of highway purgatory like a Oregon local food adventure and signs like this one. 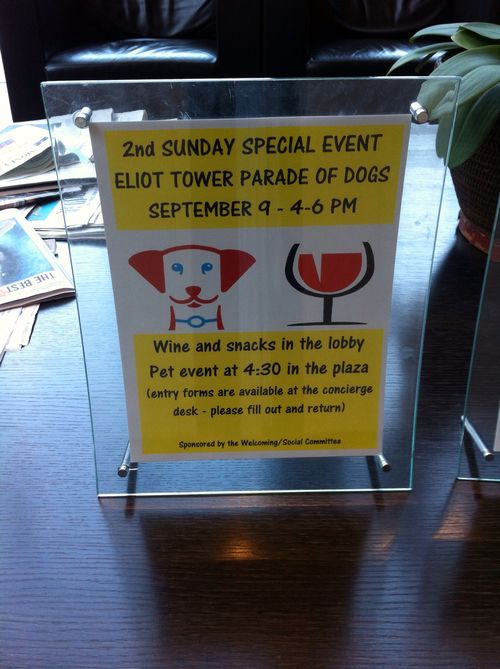 Of the options presented to me for our inaugural friendship dinner I have to admit I chose the Urban Farmer because of its ethics, yummy vegetable sides and faux cowhide seats. We were greeted with the most buttery fish either of us ever encountered – and we asked that the buttered bacon be removed (seriously the dish had buttered bacon). As we nibbled on roasted foraged mushrooms we were entertained by watching other people having a la carte steaks delivered to their table. There is something quite hilarious about a slab of meat alone on a giant white plate.

I came to Portland this weekend to read poetry in a farmer's market and eat my way across the city. It was an extra special treat to make a new friend with an amazing nose willing to share plates of food. 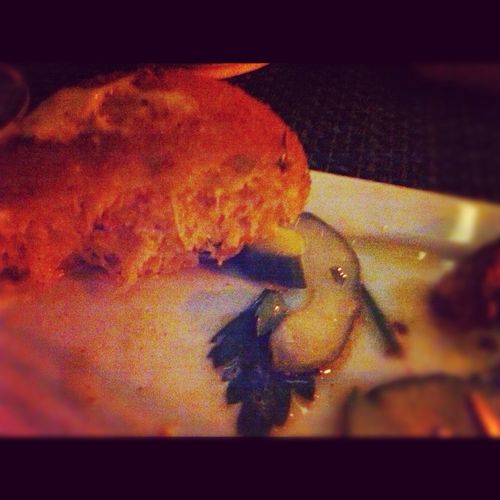 We ate crab cakes, green beans, mushrooms, buttery fish, yummy fries and talked for hours. It was a joy. 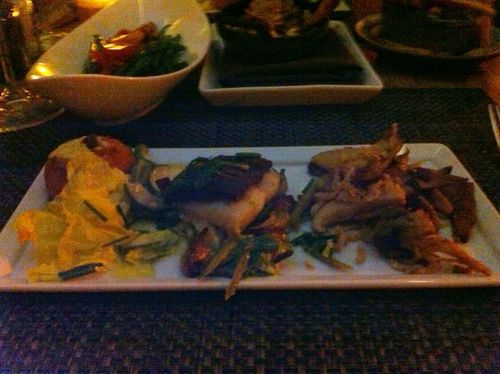 At the end of our dinner we took an elevator up to a trendy club filled with high-heeled and glitterific youngsters seeped in libations to take in the view of Portland at night from the sky. 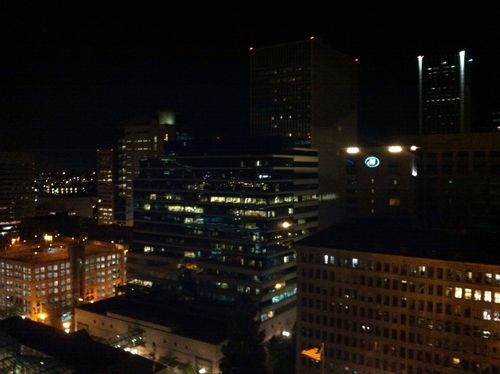