So what on earth am I doing in Portland on a random September weekend? Eating. Drinking coffee and stimulating its economy with impulse purchases. Having a fun for the hell of it weekend with two fellow former Minnesotans and enjoying functional public transportation. 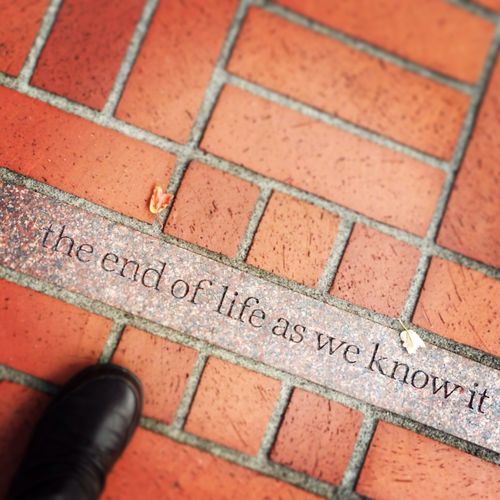 Initially this was supposed to be a boys weekend but my friend Tyler invited me along and I will never turn down a trip to my favorite nearby quirky foodie city. Knowing my compatriots were not as adventurous of the palet as I, I made a list of places that could meet all needs. As of Saturday morning I was the official food guide – so as we were up before brunch rush we walked right into seats at the counter of The Country Cat Dinner House & Bar. 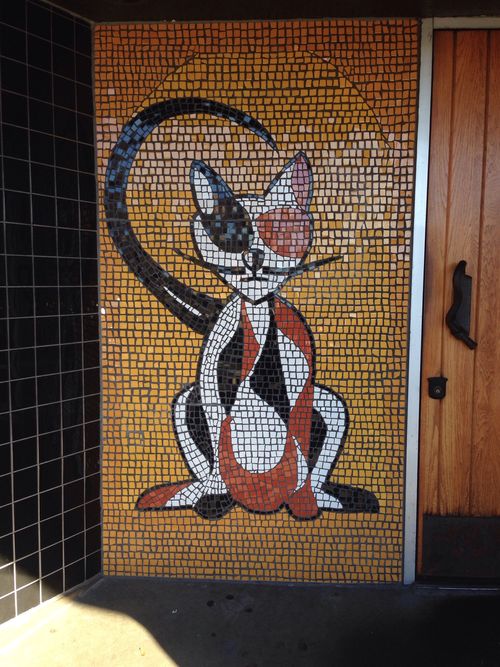 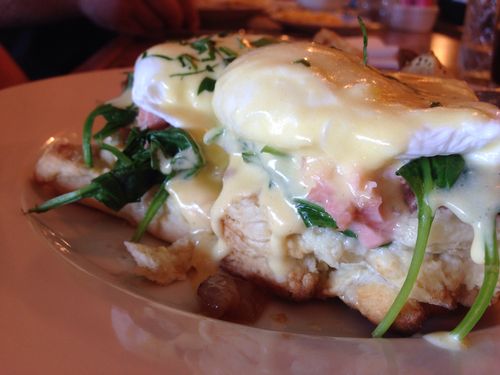 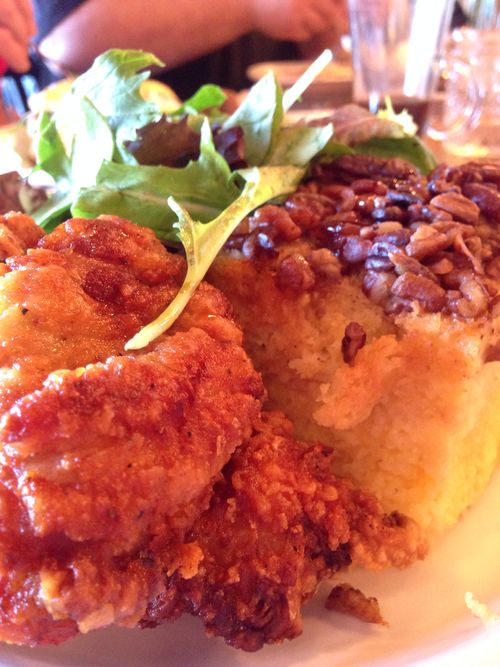 Tyler ordered pancakes and sausage so his food was tasty but not as photogenic. Evan's first eggs benedict was light and fluffy dancing in lemon-tinged Hollandaise sauce and my fried chicken was crisp with a curious sweetness in the batter and perfectly juicy inside. I had to wave the white flag and leave most of the bacon pecan bread because it was insanely rich – appearing to have been made with pure bacon fat and butter. Yummy but dangerous. 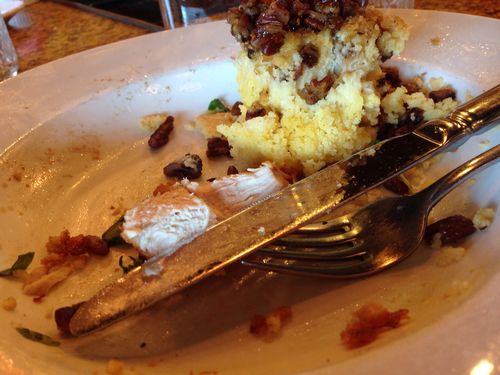 Walking off breakfast the request to go to Andy and Bax was placed on the table – a military surplus and more store. 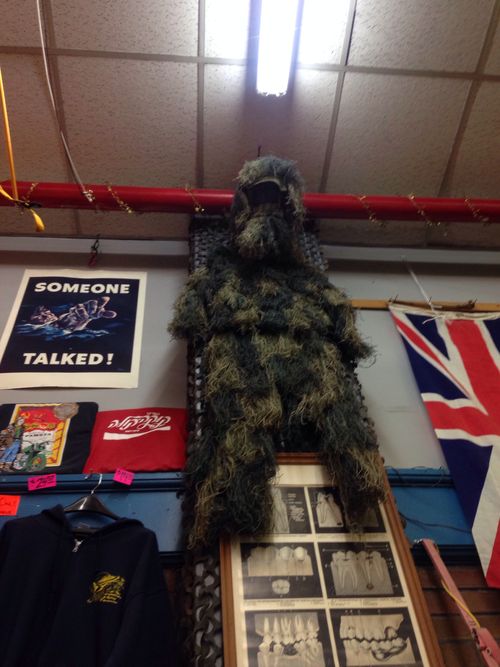 After ogling the camping gear and eavesdropping on a conversation regarding the practicality of machetes, I found myself in love with a pair of ass-kickers. Biker boots to be specific – and magically they had my size. So I made an impulse purchase. 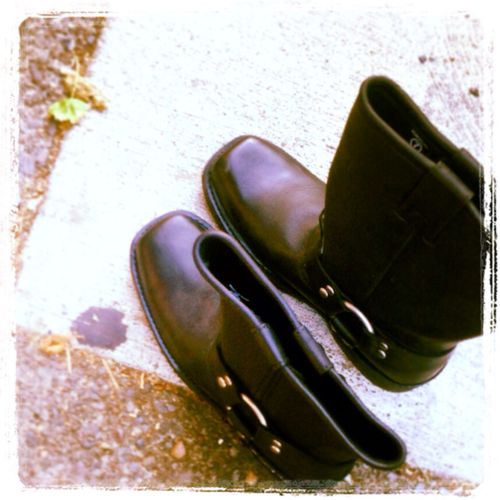 I wanted to wear them right away but it was 90 degrees outside and we were about to walk all over downtown Portland in search of whatnot – so I wisely left them at the hotel as we departed to the city center via Trimet's red MAX line. 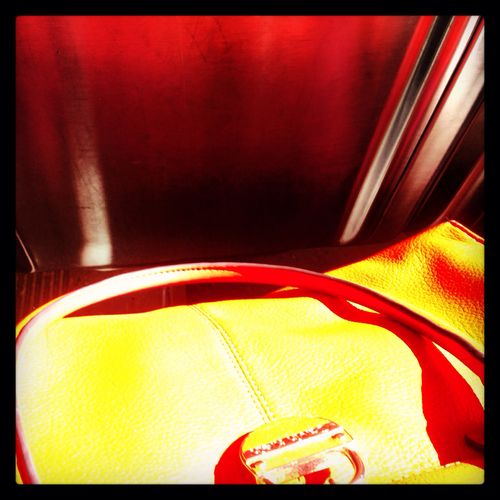 The sun blasted through the windows and I took this accidental photo of my purse. Then we got off at the Portland Saturday Market in old town where the boys looked at me with confusion – apparently markets were not their thing. But we saw a guy push himself completely through a tennis racket and juggle. 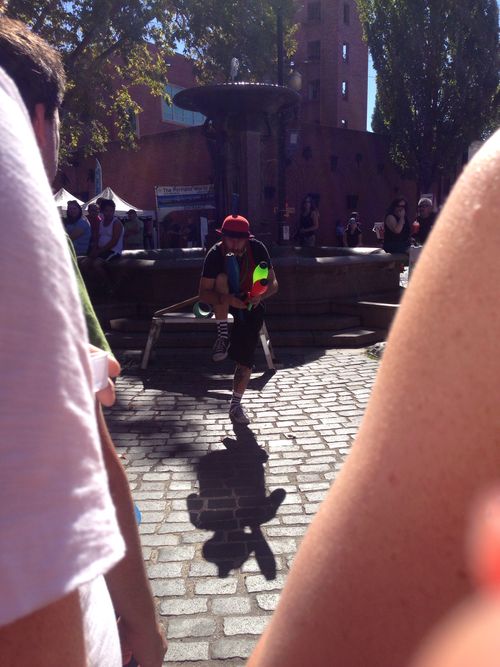 I then led my small crew to Powell's World of Books – an entire city block of books where I secluded myself in the poetry section. I made no impulse purchases – even though I thought about it – then impulse moved me and I went to the coffee shop. 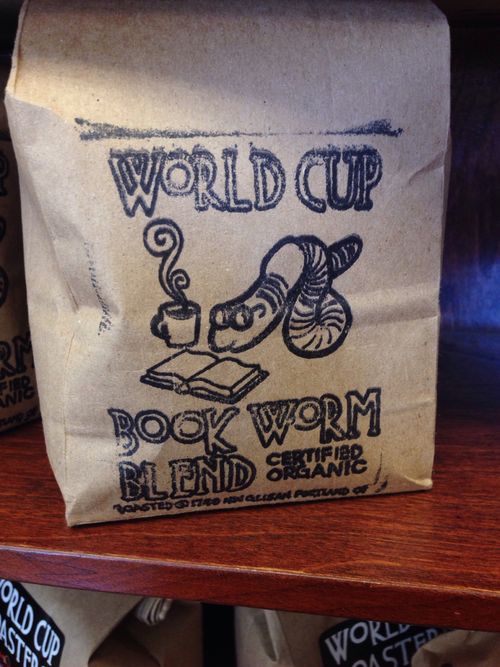 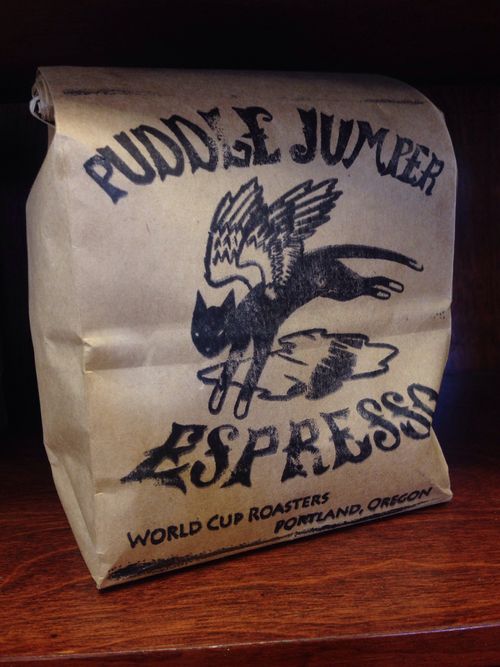 My travel companions resurfaced from the stacks – just in time for one to suggest we return to the hotel. It was only noon and it was 90 degrees outside. 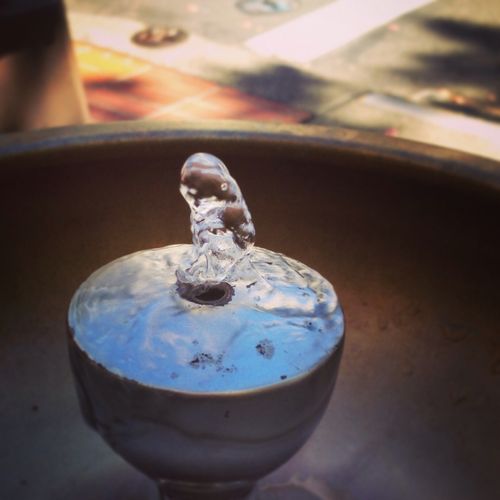 We walked in the shade of skyscrapers (portland sized ones) to no real destination crossing the downtown area three times total. 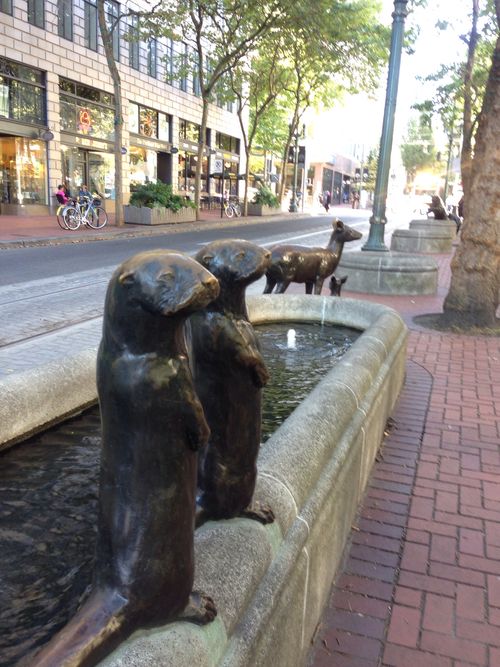 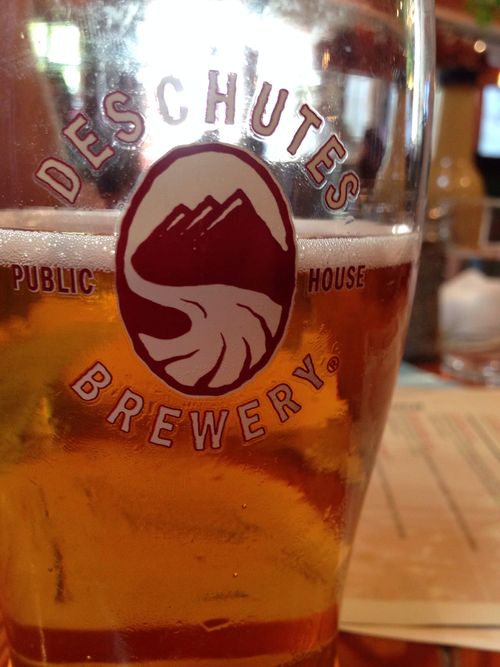 After our long march we finally settled into the Dechutes Brewery for a sit down and a snack. 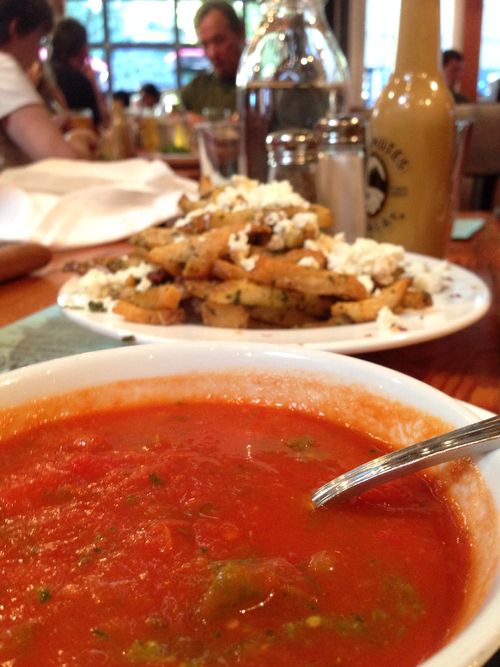 I ruminated on how this huge place (Dechutes) was once a single beer serving tiny hole in the wall in 2003 when I first visited Portland. Today it reverberated with hundreds of people for a Saturday late lunch.
Just this last night I had a dream that I was working for the first law firm who hired me (they shall remain nameless to protect no one) and that I had returned to them after many years to pick up where I left off despite years of not practicing law regularly. I'm sure I had this dream because that law firm sent me to Portland in 2003. In the dream every person who had ever been important to me in life I found on this trippy elevator/stairs location between the cities of Minneapolis and Portland. 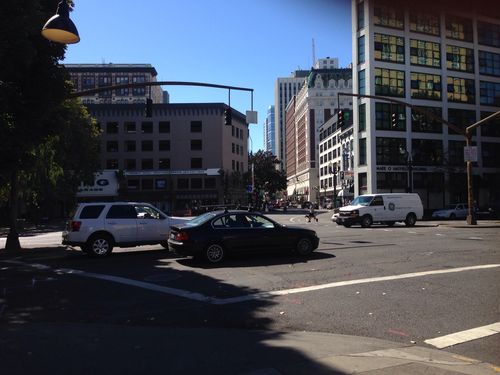 I remembered how hard it was for a Midwest girl to come to the west coast the first time and how foreign Portland seemed with its sushi places that offered no spoons for your miso soup (when nice Japanese ladies in Minnesota give you spoons). The irony of this is that I now go to Portland in search of the foodie high and get disappointed if I to find something less or compromise.
And compromise On this trip I did – as my tired and hungry compatriots did not agree to wait an hour and half to get into one of the most popular of the day restaurants in the area for dinner. I forget sometimes that traveling with others limits my entry into places – and that not everyone has my patience for waits to see and taste. So I gave in and found us the Savoy Tavern. 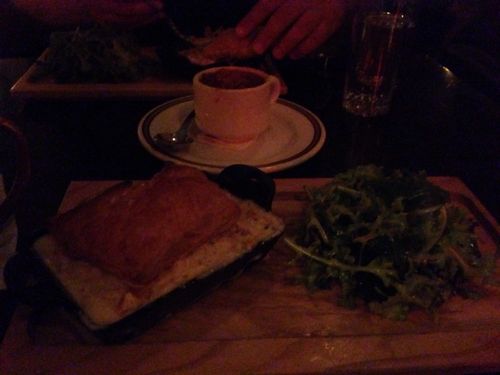 The result of my compromise – a Midwest themed tavern with no lighting and much dairy on the menu but a lovely chicken pot pie presentation. 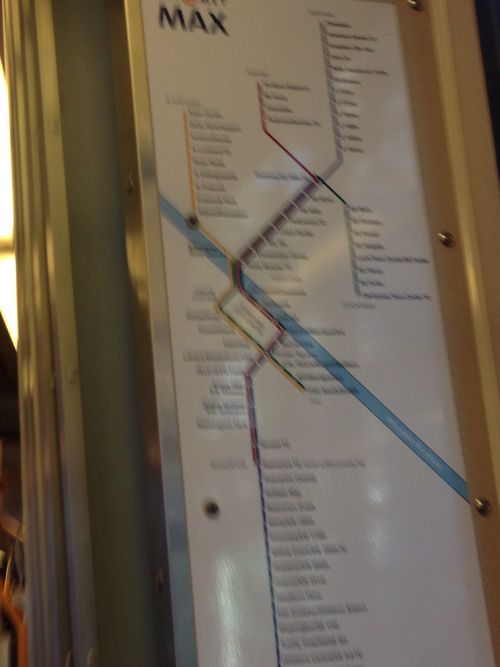