If you by chance read my blog regularly you will notice that this post is out of order.  I landed in the midwest on Friday July 6, but didn't start posting until today Monday July 9 about something three days into the trip. But that won't stop me from going back in time to document my arrival in Duluth, Minnesota. 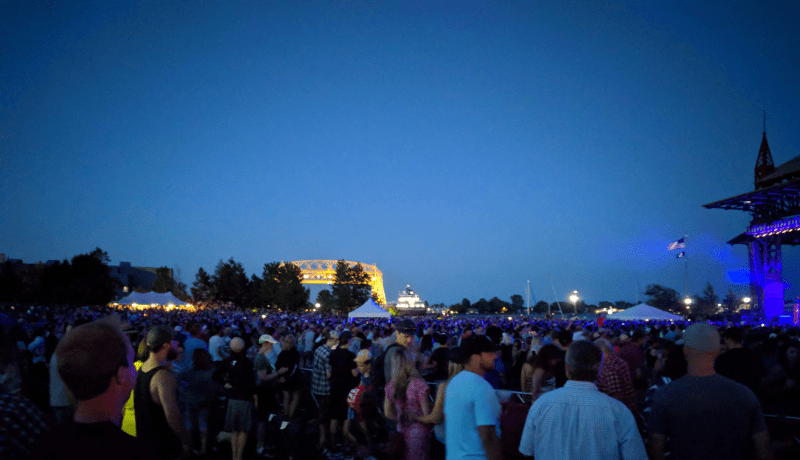 The point of this trip was to visit my parents in the Upper Peninsula of Michigan.  As the Upper Peninsula is officially out of the way of everything, I thought I would try the visit by way of Duluth, Minnesota this year. I was also lucky enough to find a direct flight to Duluth that cost less than flying into anywhere else. Add a couple airline miles to bring the price down further and it was a super great deal. So, I was going to Duluth and catching a Trampled by Turtles show in the process. 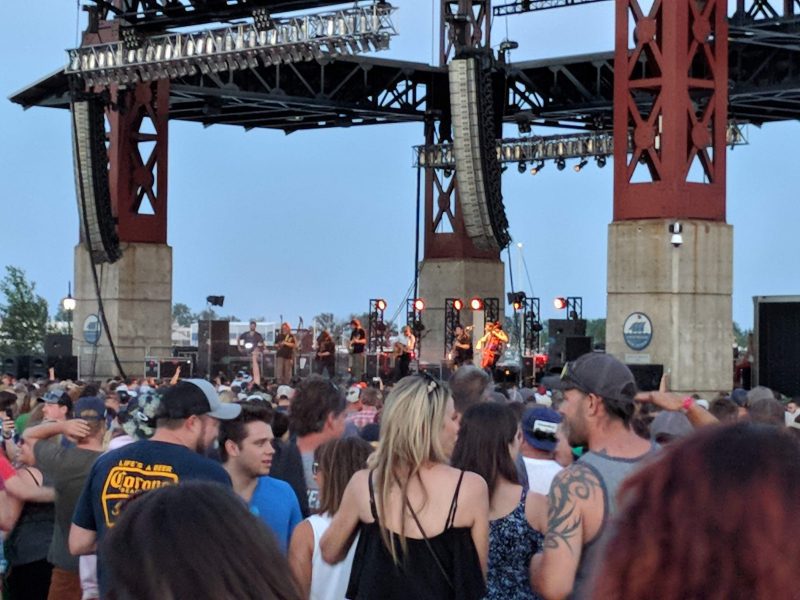 On my uneventful flight to Duluth there were a couple fellows sitting in the one and only row of First Class seating (I noticed, because I didn't get the free upgrade) looking rather put out and confused that they were on such a small plane. They were also carrying musical instruments and wearing diamond necklaces. I immediately surmised that they must be musicians. As I had nothing else to do for the full 26 minutes of the flight I proceeded to eavesdrop and confirmed by the end that they were in fact musicians going to Duluth for the Friday night concert at Bayfront featuring Naughty-by-Nature and Coolio. They were Coolio's band.  The one flight attendant asked them "Where are you guys playing tonight?" and Coolio's bassist responded. "Duluth." I almost laughed out loud but didn't. 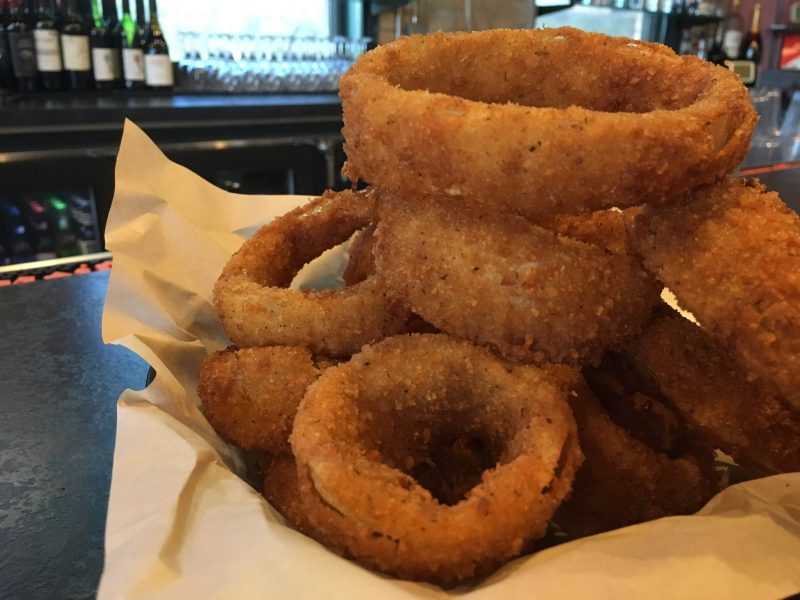 After finally landing in Duluth after doing many a circle as we waited for the local airshow to complete a performance, Jeremy picked me up and we headed into town to grab a snack after my morning of airport food. We planned to do real dinner at the "new" restaurant featuring "farm-to-table" cuisine called Martha's Daughter. 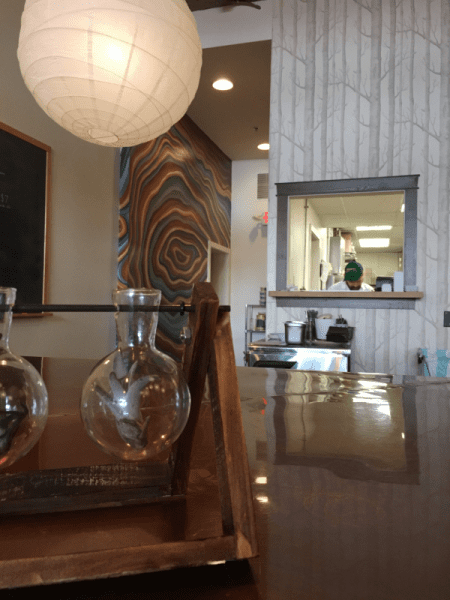 When we arrived at Martha's Daughter we were immediately seated at the bar – which was a win because it was busy. 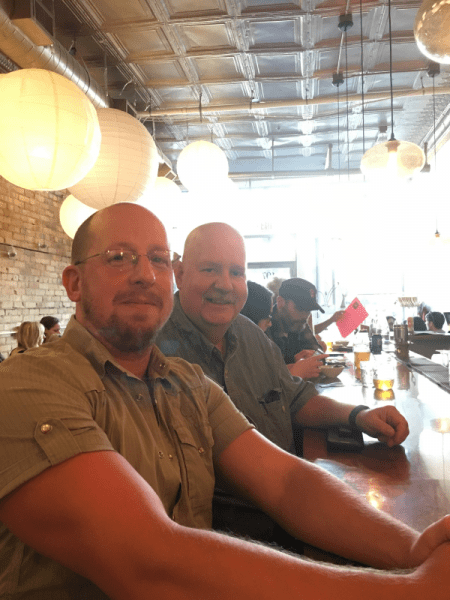 We were excited to experience the craft beverages that were there the last time Jeremy and Dan visited – however, apparently, they had been closed a couple of weeks and someone took all of the things that would make their bar a bar. This included spirits, and all of the craft lavender, rhubarb and other syrups that could be made into fancy beverages alcoholic or non-alcoholic.  The fellow wearing a trucker hat behind the bar offered us a beverage menu that was 80% marked out with a sharpie and said that they had most of the things that were still showing. 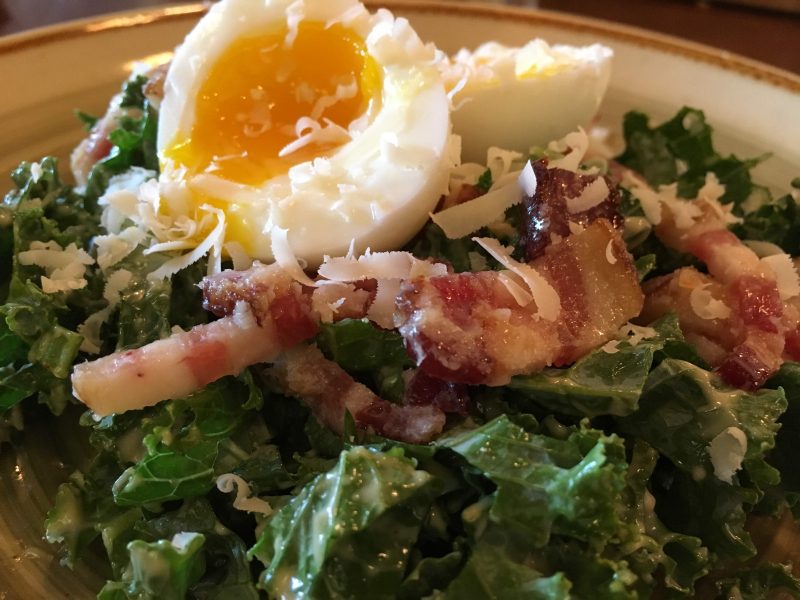 Meanwhile, our waiter never arrived.  Eventually, a mousey-beard faced dude showed up and said, pretending to looked surprised "Oh, you guys wanted to eat?" He brought us some menus, and to everyone else around us he brought complimentary chips and dip. 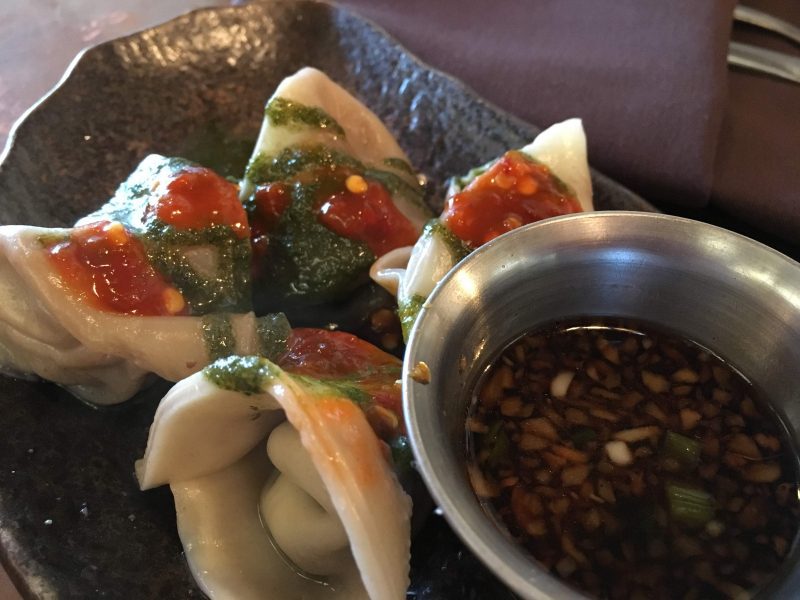 About 30 minutes later, after being completely ignored the entire time, he came back and took our order. We ordered a bunch of things to share from the eclectic American cuisine menu that was not farm-to-table in any way shape or form (mussels, for example, unless they are zebra scraped off a lake ship are not local to Lake Superior). Our less than present or skilled waiter then said "Do you mind if this food just comes out whenever?" and we said "Yes we mind, please course it." He looked extremely put out. And our food did not arrive in courses. It came in salad like things and everything else all at once. 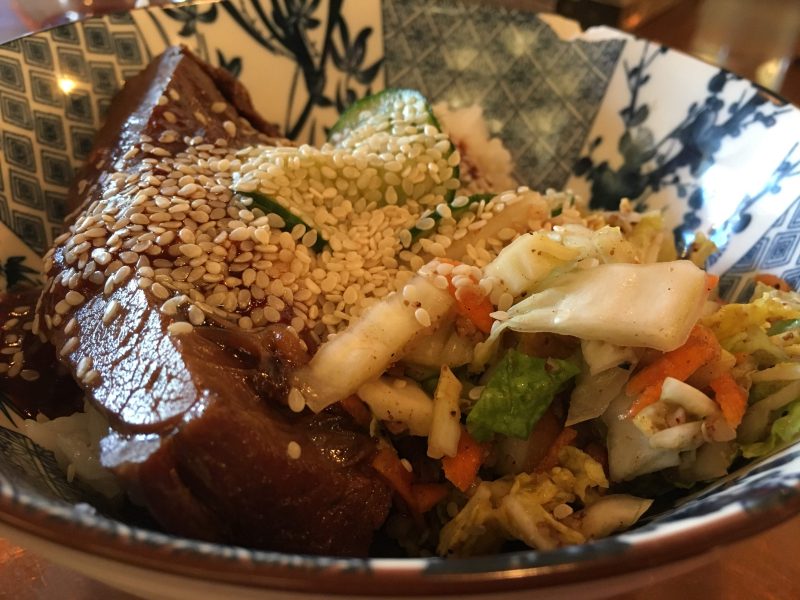 I usually do not write about places where the experience is less than stellar.  In this case the food at Martha's Daughter was quite good, and the chef is really trying to bring elevated food to a place that is a bit of a desert for such things.  I want to see them succeed for my friends' sake if nothing else.  But they really need to get themselves together.  The service was officially horseshit. 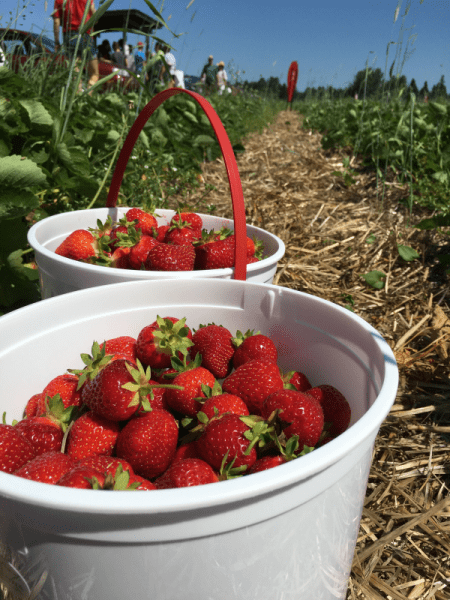 Luckily, Martha's Daughter was not supposed to be the highlight of this trip and the next day it was hot and sunny so we went strawberry picking! 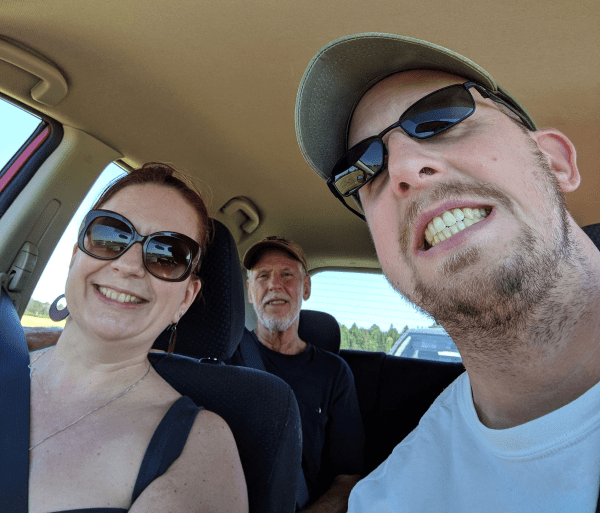 Apparently, everyone and their father was going (including Jeremy's), and the line to get into the farm was a little long but we did ok. 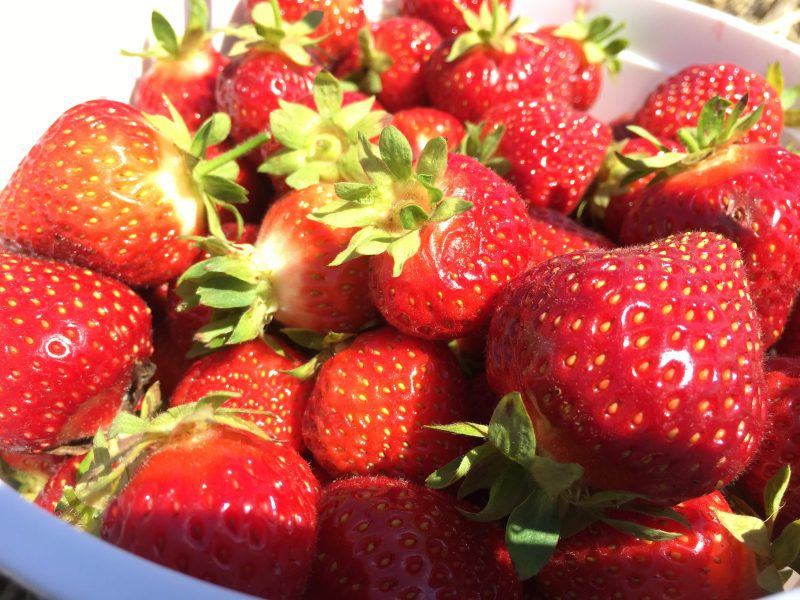 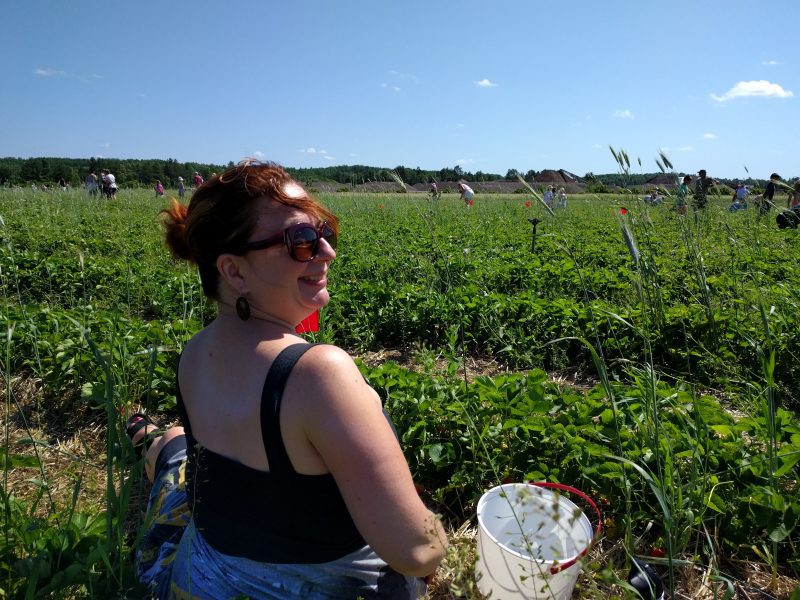 And I am apparently allergic to something in strawberry fields as when we left not only were the strawberries red, but so were my legs. It was time to get ourselves together for dinner and the Trampled by Turtles concert. 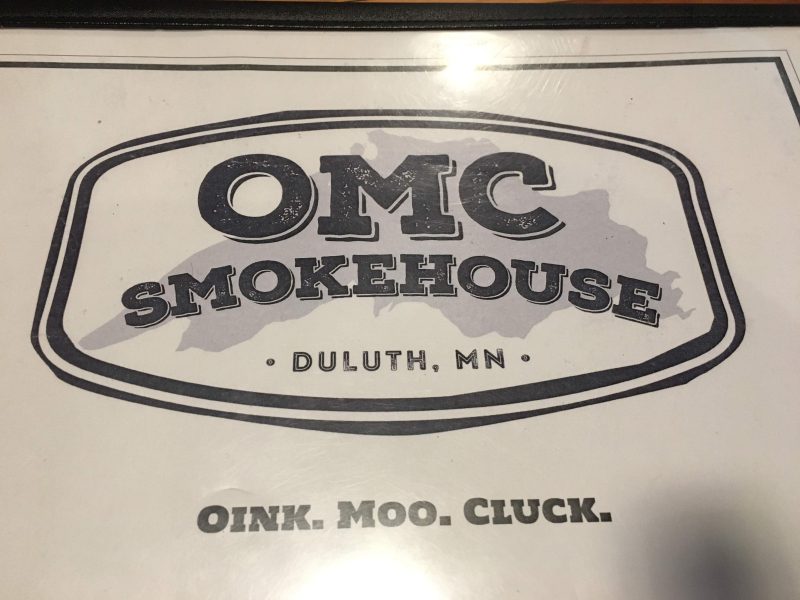 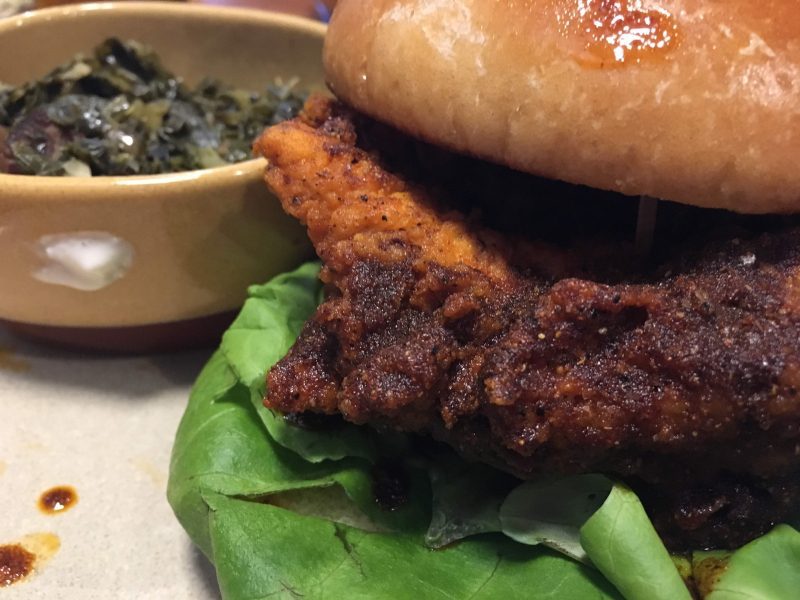 Dinner this night was at OMC Smokehouse or Oink. Moo. Cluck. I ordered the Nashville Hot Chicken sandwich and was pleasantly surprised to find myself eating one of the hottest things since Nashiville Hot Chicken in Nashville. It was a slow rising heat in my mouth that caused me to sweat, my eyes to water, and my nose to run. The pepper flavor was a deep under note through it all. And the service at OMC was amazing. All-in-all a good thing and a perfect dinner to fuel the adventure ahead. 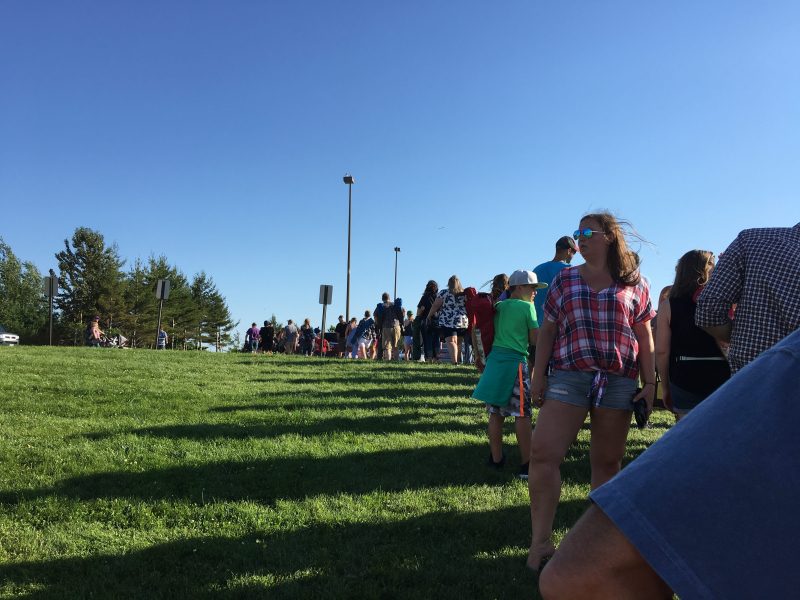 When we showed up to enter Bayfront Park around 6:15pm on Saturday we found a long and winding line that snaked its way many places. Turns out the show was sold out and 10,000 people were coming, and those who were handling the check-in procedure for the park were not prepared for such numbers. But like good Minnesotans everyone just very politely queued and waited it out. The line was moving, it was just long. 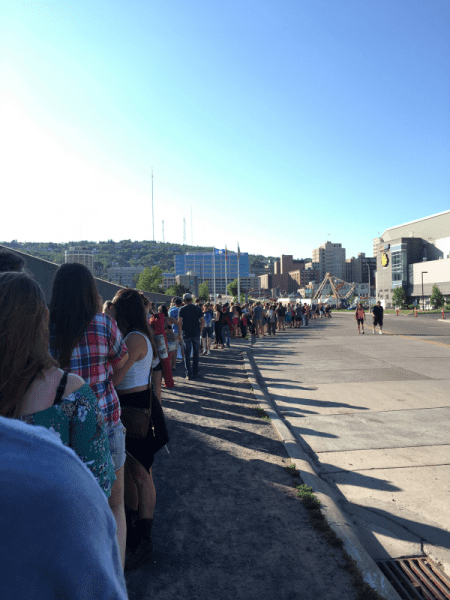 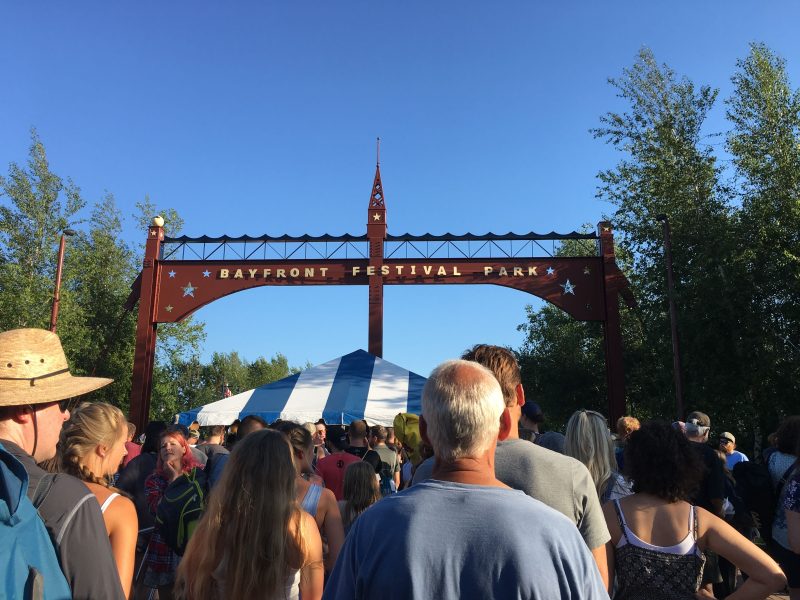 But we eventually made it past the gate, past the ID checking, bag checking, bracelet applying process and into Bayfront Park. 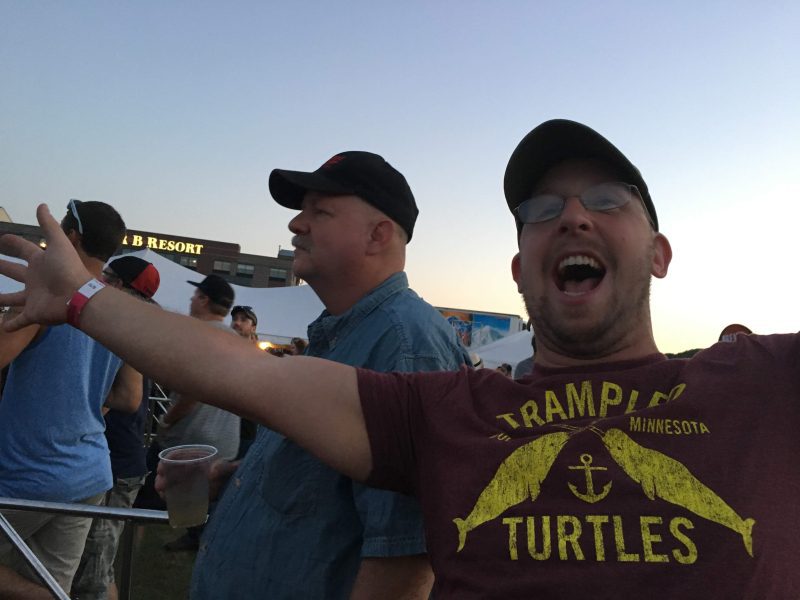 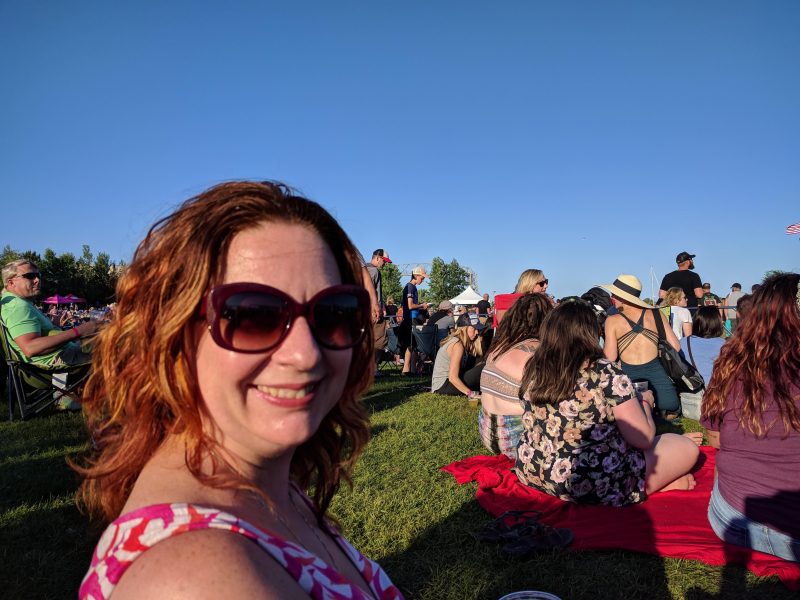 We settled ourselves in and scanned the ever growing crowd of humanity around us. 10,000 people in Bayfront Park is quite a few humans to squeeze into and next to each other. But we just had to behave ourselves and all would be fine. 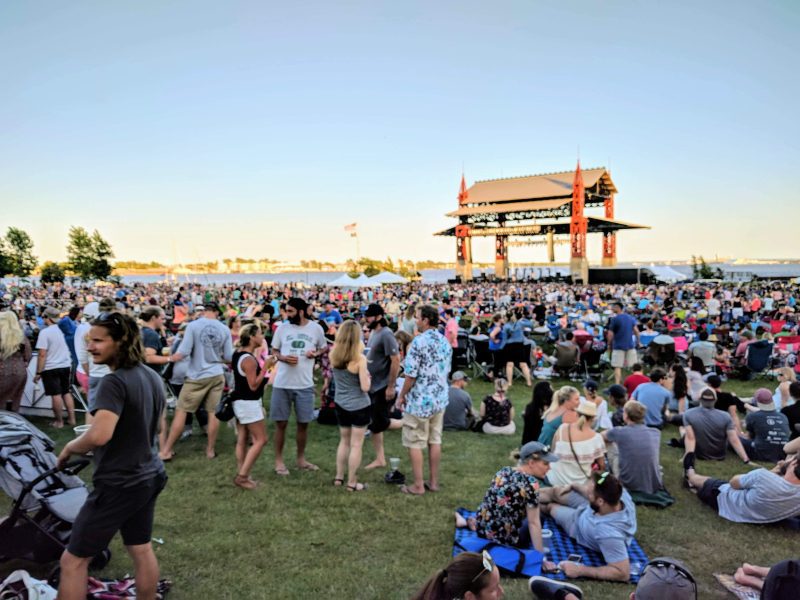 It was a great concert, song after song, old and new some from when Trampled by Turtles played small bars on the streets of Duluth and others from when they became a national success.  One thing is for sure, they are loved in Duluth, Minnesota as at least 1/8 of the entire town showed up for their concert, and many others, like me, came from far away to see them in their hometown.