Three or four months before my grandfather died I had the opportunity to be in Florida to talk with him.  My last conversation with him was by far my best conversation with him  for many reasons – for one he shared with me from his heart his support for my writing and acknowledged his failure previoulsy to recognize what I was trying to share with him – then he shared his story of Latourell Falls, just outside of Portland Oregon. 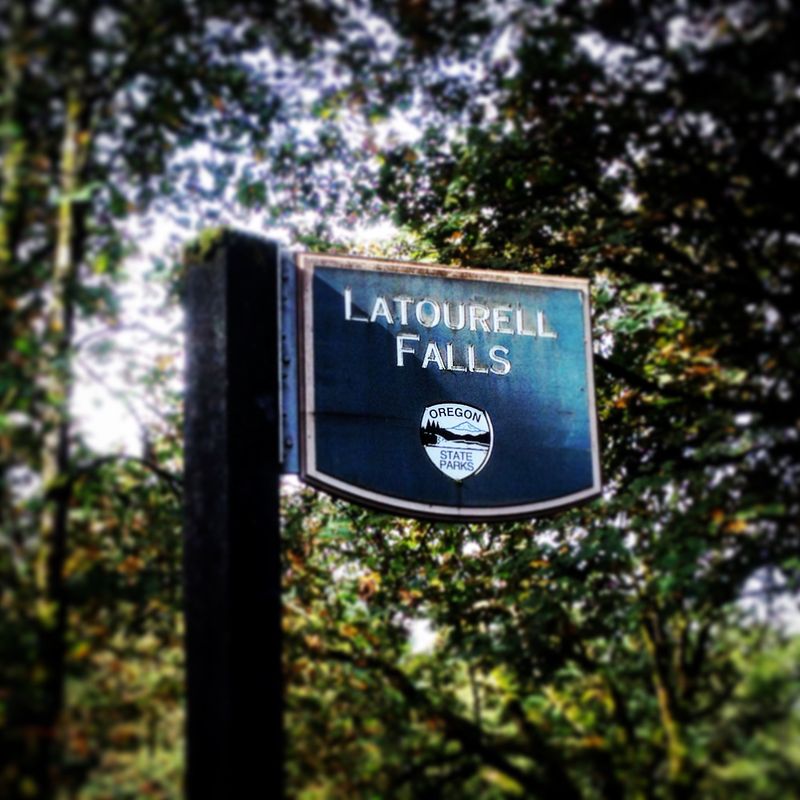 When I found myself alone in Portland on a Sunday with no agenda – I realized it was time for me to make the pilgramage I promised grandpa Latterell, after brunch of course.  As I was alone with no one but my own palate to please, I decided to go to brunch at Broder Nord, the first of what are now three Portland establishments focusing on Swedish fare. 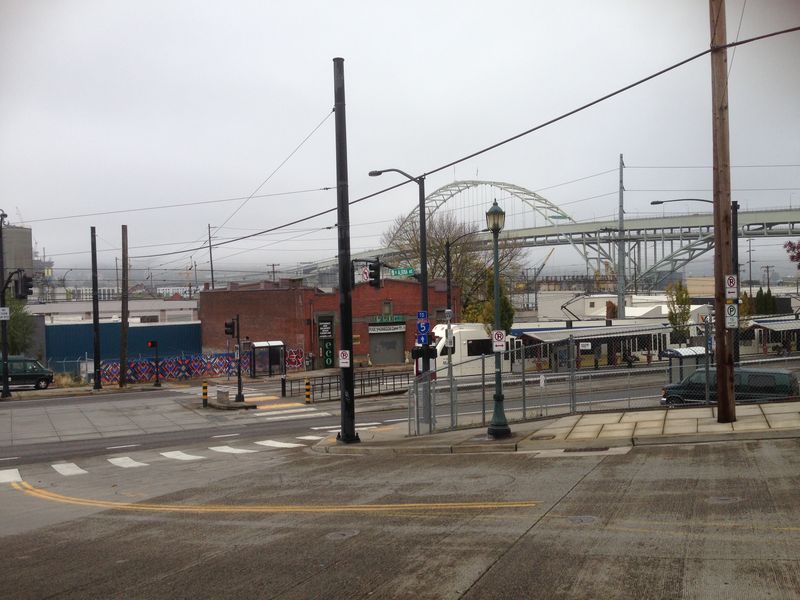 I wanted to go to Broder Nord for some time but never had anyone open enough to risk brunch on it with me.   Now it was on my way out of town, and a taste of Scandinavia to get me in the mood for my upcoming Iceland trip. 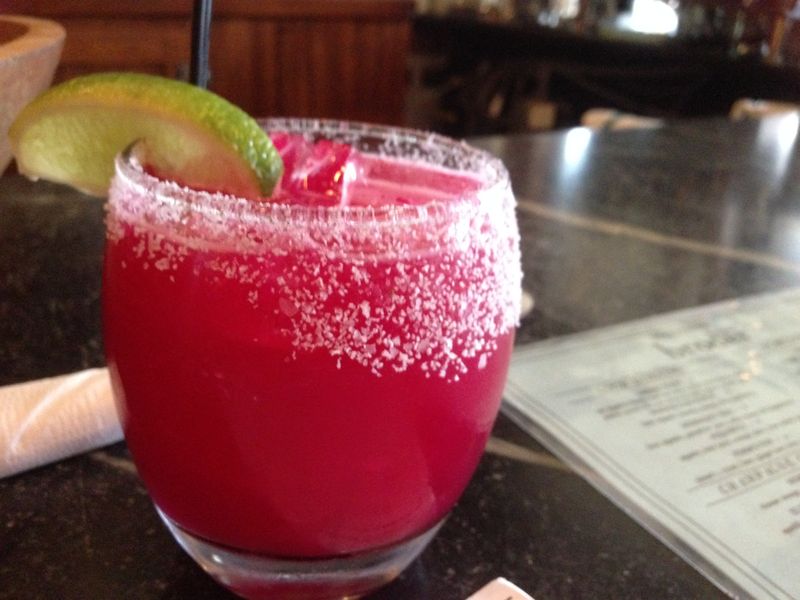 Upon arrival into the brightly colored establishment I felt welcome and happy with my choice.  I asked for a recommendation for a good brunch drink because I can have a mimosa any time, it is not everyday I am faced with multiple choices featuring Aquavit.  I was provided this bright beet juice and aquavit cocktail.  My second beet juice cocktail in less than 24 hours, I was starting to see an odd pattern in Portlandia cocktails, but that aside it was amazing in flavor and beauty.  The dispersed sunlight of the Portland cloudy day came through the large windows and hit it just right to make it glow purple.  It tasted like an anisey beet with a nice sweetness and little less earth than you expect. 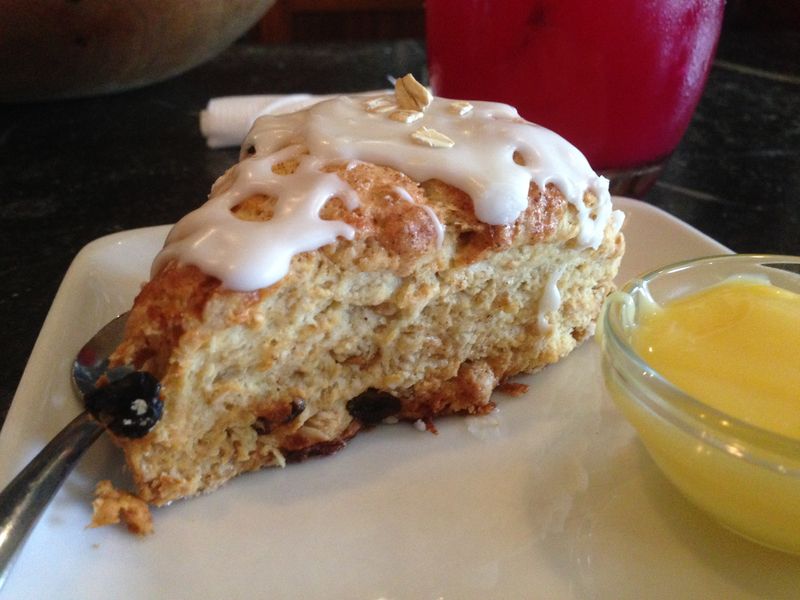 Meanwhile, my brunch bar neighbors got this curious stack of round ball shaped food objects, which the bartender told me were some type of pancake – I wanted them but it was so much pastry that I decided to go small and get the scone with lemon curd.   Oh glorious lemon curd, such yellow nectar dollaped upon my pastry – how have I lived without you until now?

While eating my pastry I studied the menu further and found this glorious menu item.

I asked my new friend the bartender how one might say the long word next to "Lost Eggs"  and he with skill allowed the word to just roll off his tongue.   "I'll get the Lost Eggs."  I replied.   Still chomping my scone and now waiting in anticipation for my egg dish I googled and GPS'd the directions to Latourell Falls.

My father's parents retired to Florida before I was born.   I had very little interaction with them except for a few summer visits to the Latterell family summer cabin in Wisconsin where I was surrounded by a giant family of cousins, aunts, and uncles.  I never really felt like I fit in with them but my grandma Latterell was always a spot of sunlight bearing delicious treats such as Captain Crunch and red licorice, sugar items not available to me in my other life.  Grandma Latterell died before I reached my teens and it was soon after that that I started writing my grandpa Latterell letters and cards and sending him news of my artistic and writing accolades. I don't know why I was driven to do this, but it seemed important. When I got older he usually responded to my sharing of such accolades with a "how is the lawyer thing going?"  To which I would sigh and try to find yet another way to describe my non-traditional legal career day job to him – which would not work – so I would move on to Dancing with the Stars or the book on tape he was currently listening to, or jazz music.  The day he told me about Latourell Falls was different.  He skipped right to the apology about ignoring what I was trying to tell him for years and then told me about the falls. "It's named after a French explorer, contemporary of Louis and Clark, I think, but less famous obviously.  He was our relative – there was a whole village and a mill on site there once too.  You should go there its not far from you in Seattle." 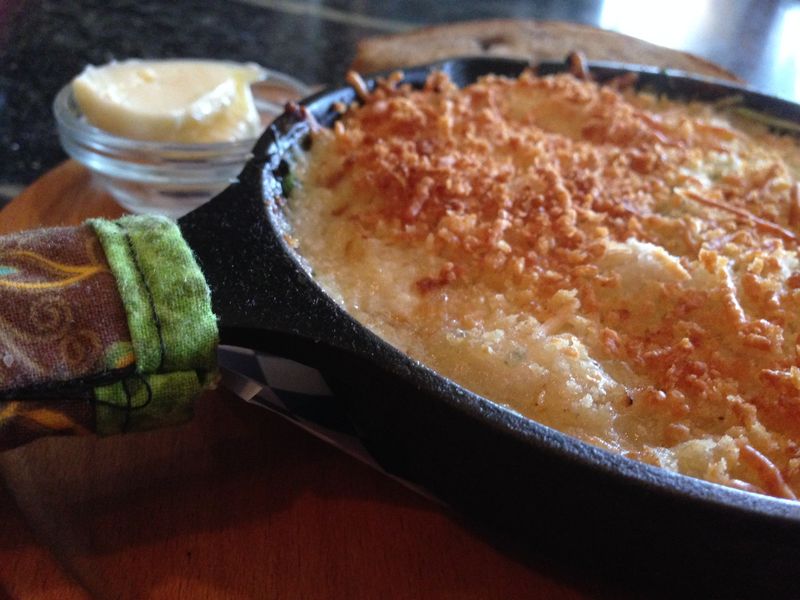 My Lost Eggs arrived interrupting my memoir/flashback.  The eggs reminded me of my grandma Sabol's gravy.  So much warm comforting flavor, I didn't even want to find the eggs – I just wanted to drown in the gravy and parmesean cheese.   I did eventually find both green things and the eggs in there. According to Wikipedia Latourell Falls is named after Joseph "Frenchy" Latourell, who was not a French explorer at all, but a boatman on the Columbia river, who became the owner of a mercantile and fish wheel after immigrating to the area in the 1850s.  He became postmaster sometime between 1856 and 1887 depending on the source, and the postoffice name was changed to Latourell Falls, and then the town that sprung up around it took his name as well.  Latourell is now on the list of ghost towns for Oregon and the United States, because although in its hey dey it was a timber town with 5 saloons, it now practically speaking no longer exists.  The post office was closed in 1964.  Latourell, Oregon now looks like this. 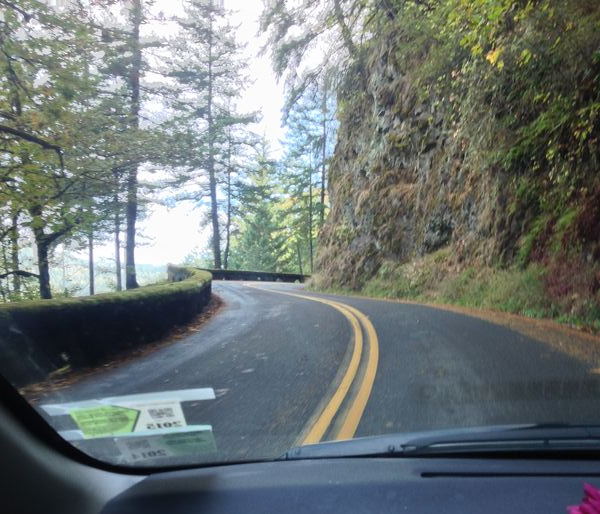 I'm glad grandpa never read Wikipedia – really takes the romanticism out of things. Regardless, I'm sure that Frenchy Latourell was a distant relative as all of the Latterell's come from the same lineage of a soldier who showed up in Canada in the 1600s roughly. 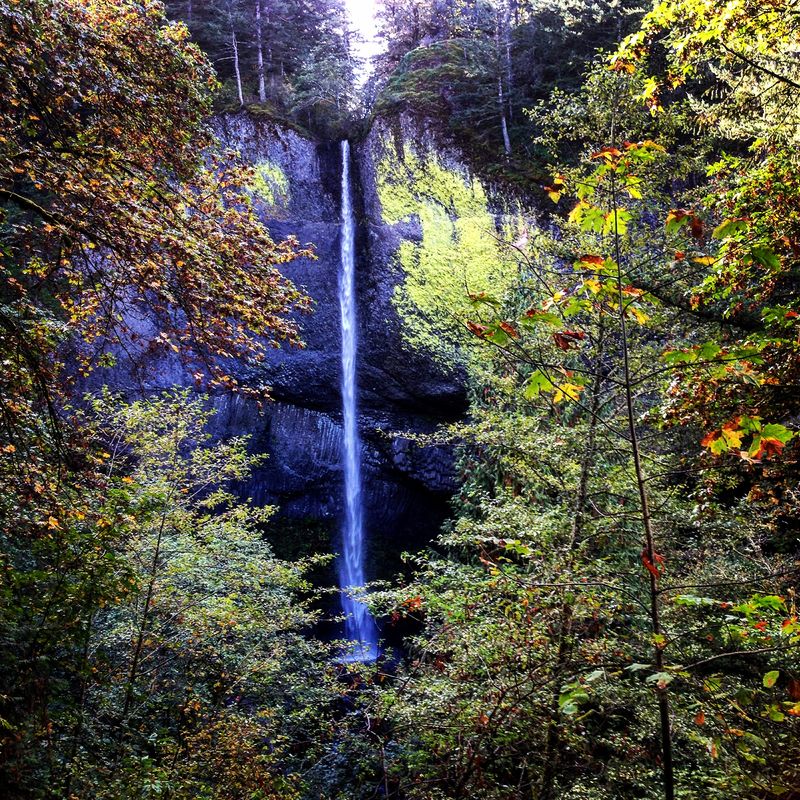 The falls, on the other hand, are breathtaking whatever the history of their naming.   A tall stream of crashing water flowing through rock with a textbook picturesque stream running from them. 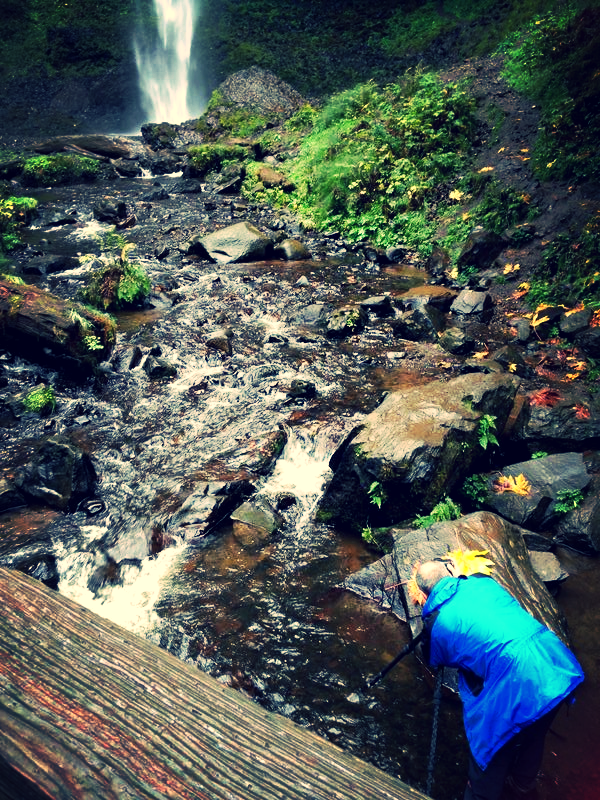 This photographer didn't move the entire time I was there – he stood knee deep in water while I attempted multiple embarrassingly horrible selfies.  It is a great shot of the picturesque stream that comes from the falls though. I used to envision that I would meet these falls and immediately be thrown into a creative maelstrom from which poems would thunder down like the waterfall itself.  Upon greeting the falls in reality, I just found myself annoyed with the other humans getting in the way of my camera.  It was not the day the muse would come flying from the water.  It was a gorgeous sight however and I will remember it for a long time to come. 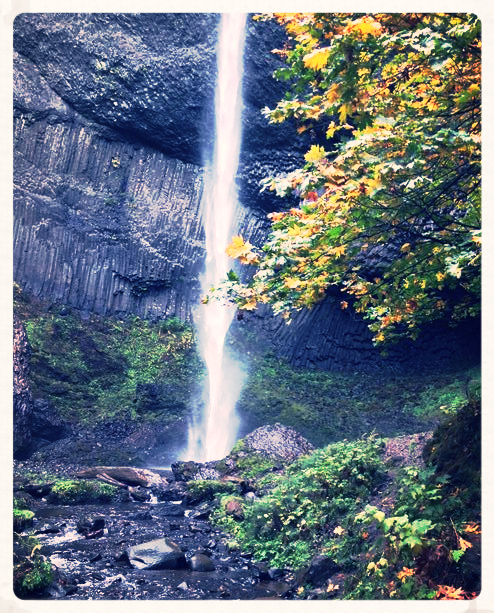 I made the short walk back to my car, still full from my scandinavian comfort food brunch and began the journey back to the main highway and north to Seattle to go home.