Why on earth would you want to make fish gratin?   That is what I would have asked my former self prior to Iceland.  Now, I am home and obsessed with finding a way to reinvent the cuisine I so enjoyed in Iceland in my very own kitchen.  I admit this obsession is wholy to find some way to transport myself back through my tastebuds.  In the end I am going to have to buy another plane ticket but in the meantime I will focus on recreating mashed fish and fish gratin. 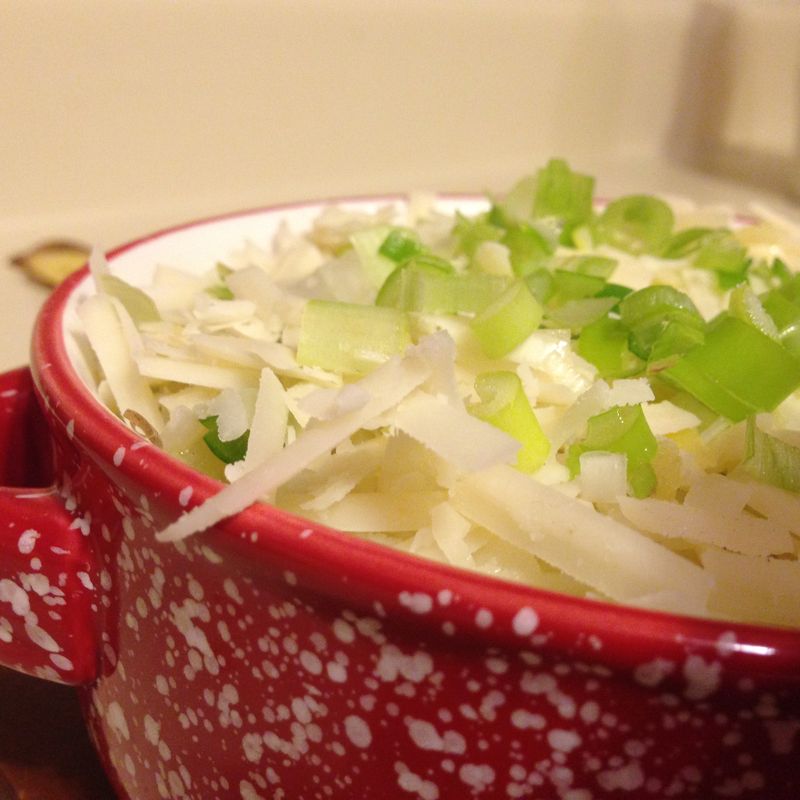 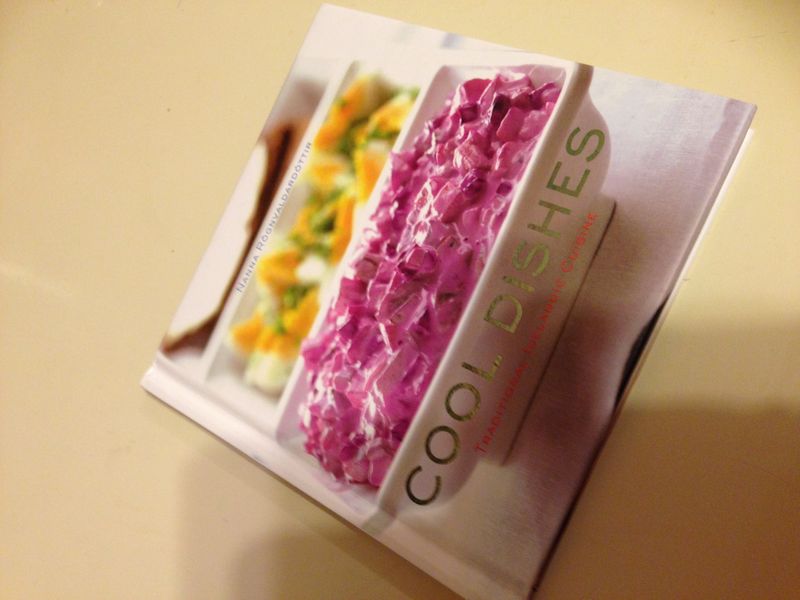 Now that I've become curious about whether or not I can recreate the flavors I experienced while in Iceland, I am very glad I made this impulse purchase, even if the measurements within it area all metric system and I have no real idea what they mean. 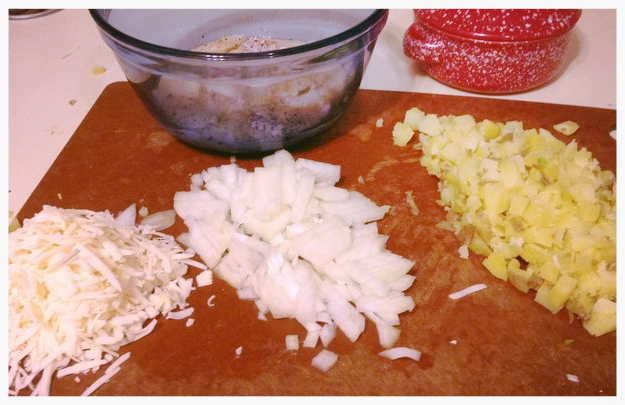 Funny thing about mashed fish is that all of the ingredients are white – potatoes, onions, cod, milk.  If you are making fish gratin, which is just mashed fish with cheese added into the mix and over the top – you also find another white ingredient – cheese. 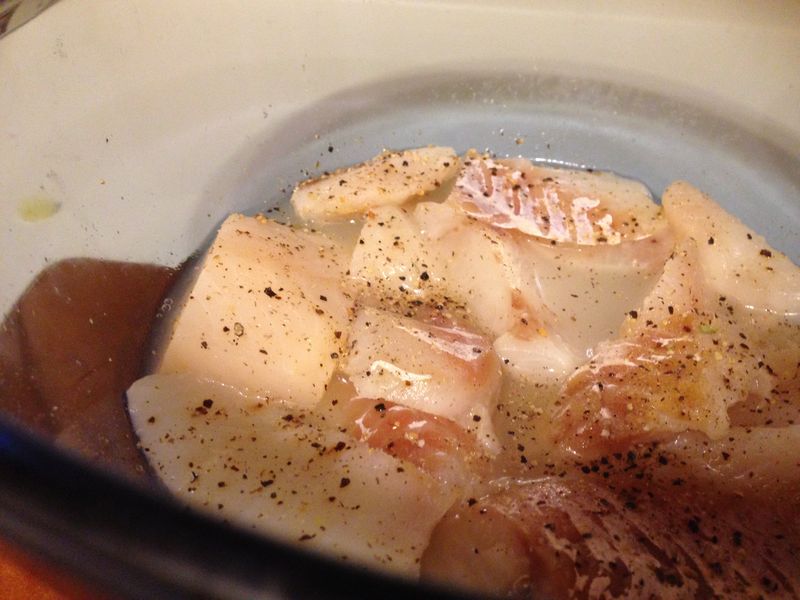 My fear with this experiment – Pacific Cod vs. Atlantic Cod, Fresh Cod vs. Trader Joe's Frozen Cod – would it be so fishy that it tasted gross? 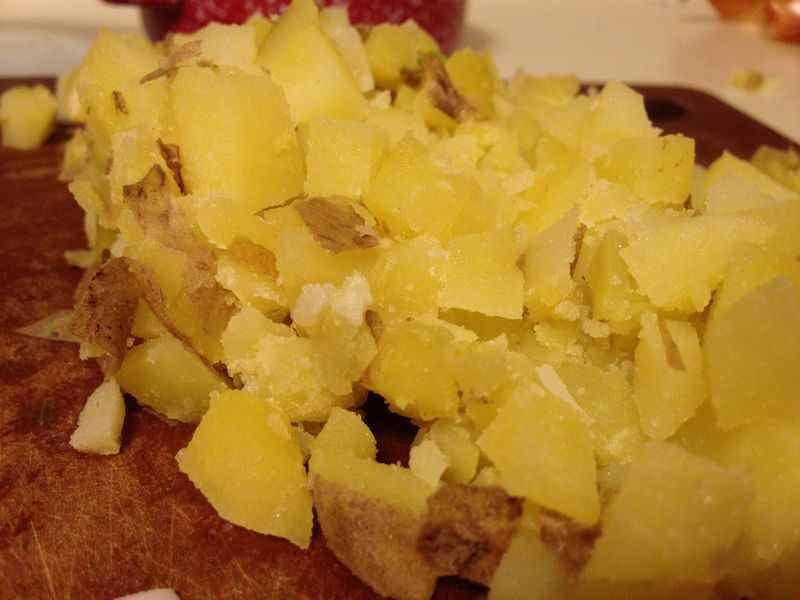 I had organic potatoes 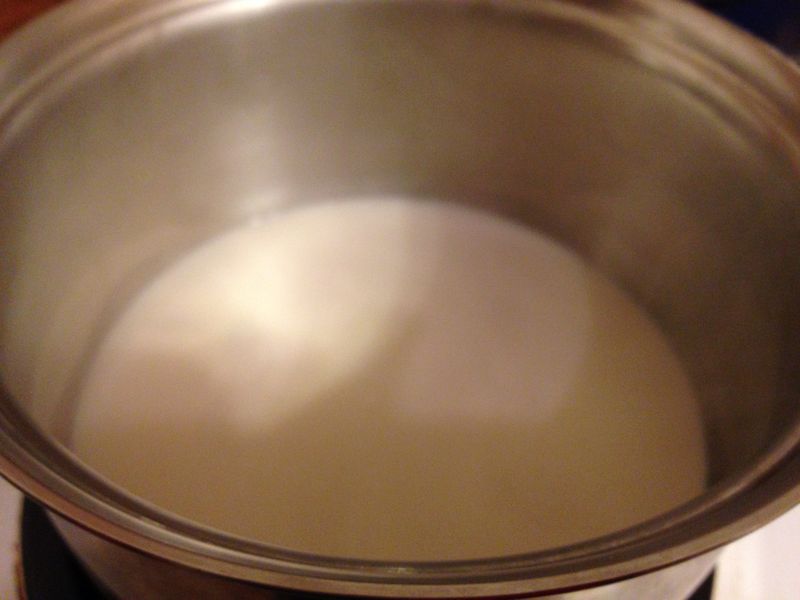 organic milk and butter -where could I go wrong?   Easy – frozen fish.  But I braved the ingredients I had before me because the Trader Joe's frozen Pacific Code was not going to waste on my watch now that I know how much fish is actually wasted by the american consumer (over 25% of purchased fish finds its way to landfills or compost piles – think about that before you purchase something in the store without a plan). 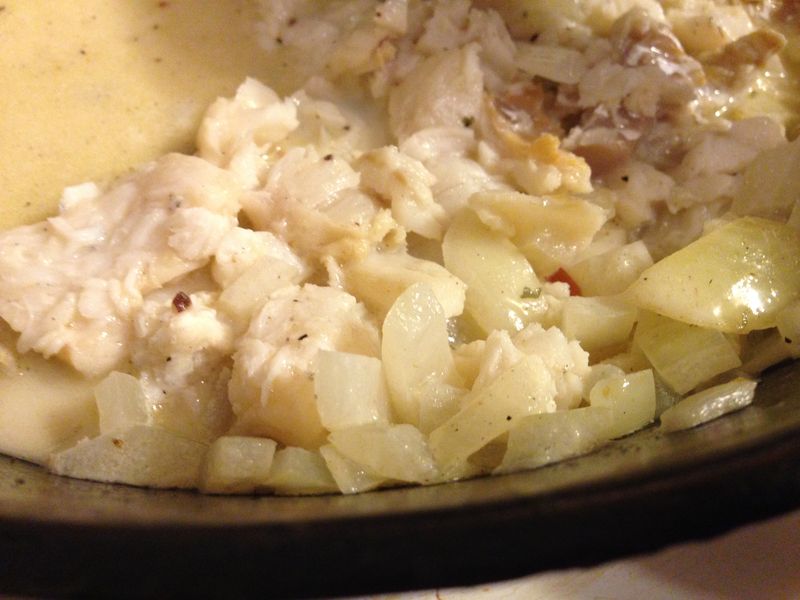 I braved on regardless of my ingredient handicap.   I sauted the onions in butter, added the warm milk and the shredded fish.   Note on pulling apart white fish previously frozen – it does not easily pull apart, if it really resists it is not good fish and you should set it aside and move on.   I did this and the recipe turned out OK, it was not the Atlantic Cod recently skillfully ripped from the ocean by an Icelandic fisherperson that I tasted in Reykjavik, but it worked. 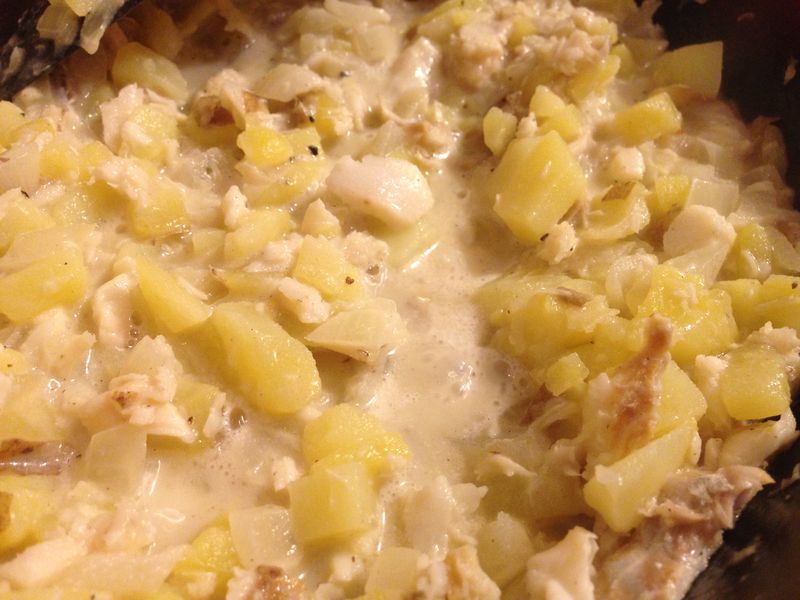 From what I could tell there really was no trick to this recipe other than good ingredients and not overcooking the milk (I used pure almond milk and it still worked) so it doesn't curdle and get gross, and not underboiling the potatoes, as no one likes an undercooked potato.  The only seasoning is salt and pepper and the rest is all the white ingredients mentioned above. I didn't even follow the measurements exactly because they were metric and all of my measuring tools are standard.  But what seems like the rule is that you stir all the ingredients together in a particular order and magically you have mashed fish.   If you want to move on to fish gratin, you add cheese to the mixture in the pan at the end, then put the mashed fish in a casserole dish and sprinkle cheese on top with a little dusting of green onion or chive. 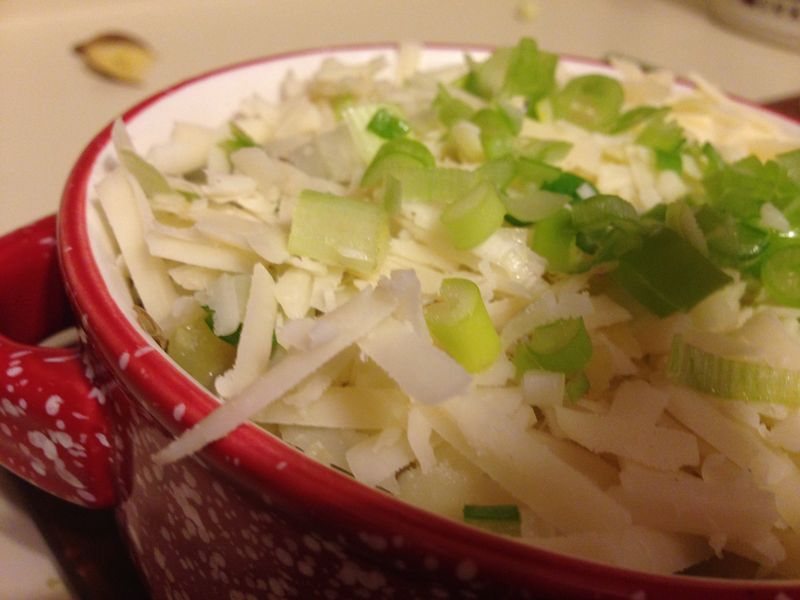 From there you bake at the magical temperature of 350 degrees for about ten minutes then broil for 2 to get a nice browning on your cheese.   In the end it looks like this. 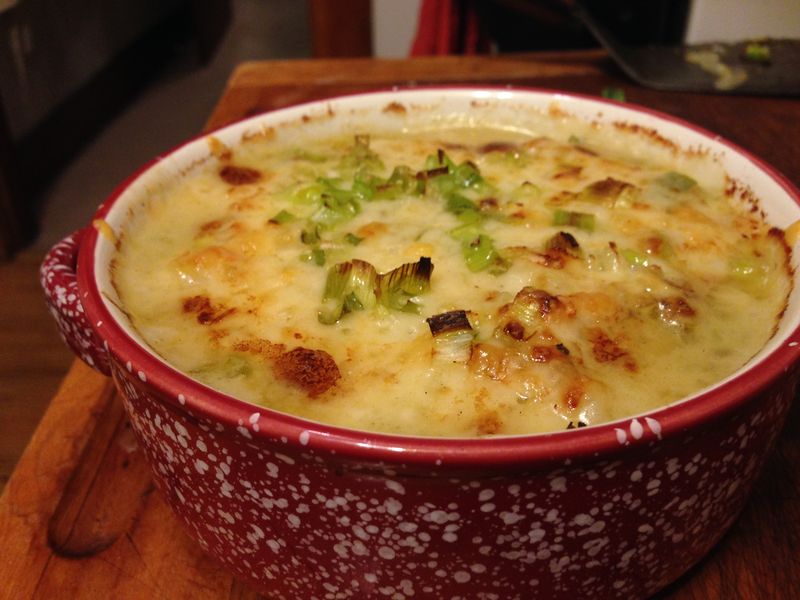 1 cup aged cheese, grated (asiago, chedder or the like)

Step 1: Boil potatoes until they are cooked through.  Melt the butter in the pan and saute the onion until it is translucent.   Meanwhile, heat milk in a separate pan until it is warm.

Step 2: Stir milk into the butter and onions gradually, stirring continuously, then let simmer for about 5 minutes.

Step 3: Add the fish pieces and stir, then add salt, pepper, garlic and chopped potatoes.  Stir and cook over low heat until everything is blended and heated through.

Step 4: Stir in half of the cheese until it is melted.  Preheat the oven to 350 degrees.

Step 5: Spoon all of the mixture into a cassarole dish, sprinkle the remaining cheese over the top and garnish with chives or green onions.

Bake for 10 minutes at 350 degrees, then broil for 2-3 minutes (or until you have a nice browning of the cheese).  Let sit for another 5 minutes to cool before attempting to eat.