Blood oranges always remind me of Rome.  Once upon a time I went there in January for a short-term study abroad program when I was just 20-years-old.  I did not even know such type of orange existed until I purchased two (I thought were normal oranges) from the grocer down the street from the hostel I was staying at with my classmates.  I opened one up on a mediterranean mid-winter morning expecting to find bright orange but instead I found deep dark red, the color of blood, staring at me.  I bit in and fell in love with the red fruit flesh, just as I fell in love with the people, wine and ancient terra of Roma.  Now I look for blood oranges every January and February to get my fill of their dark tart fruit during their brief season and retrieve some of that wonder my 20-year-old self experienced her first time traveling far from home. 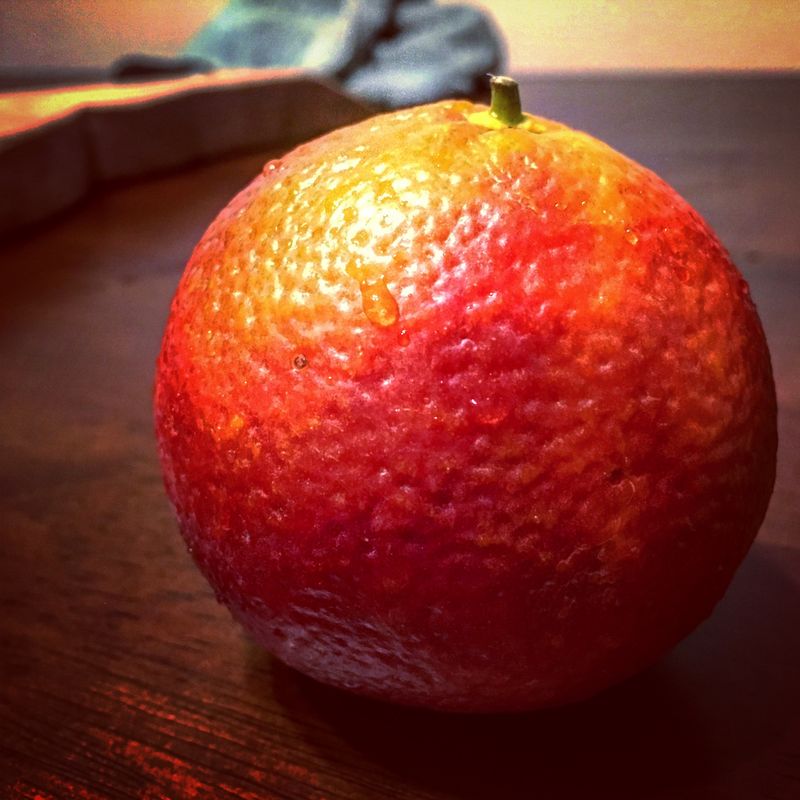 I admit that I am just a little obsessed with blood oranges.  Not in the way that makes me want to eat one every day of their season (although I probably would if I had an immediate fresh supply like I did in Rome). I am instead obsessed with the memory the blood oranges conjour, the feeling their scent immediately provokes in my body, the deep primal red of their flesh.  The name of my poetry manuscript is Blood Orange and it is filled with references to blood, food, love and loss and the colors of red and orange. The first poem in the book comes from an experience I had in Rome and is just a snapshot of a story I'm trying to capture in a memoir. It is no surprise to me that when I saw (and then ripped out) a blood orange marmalade recipe in a random Washington wine magazine, and found large bags of blood oranges at Trader Joes – that I decided to engage in a large food project involving the flesh and blood of the fruit. 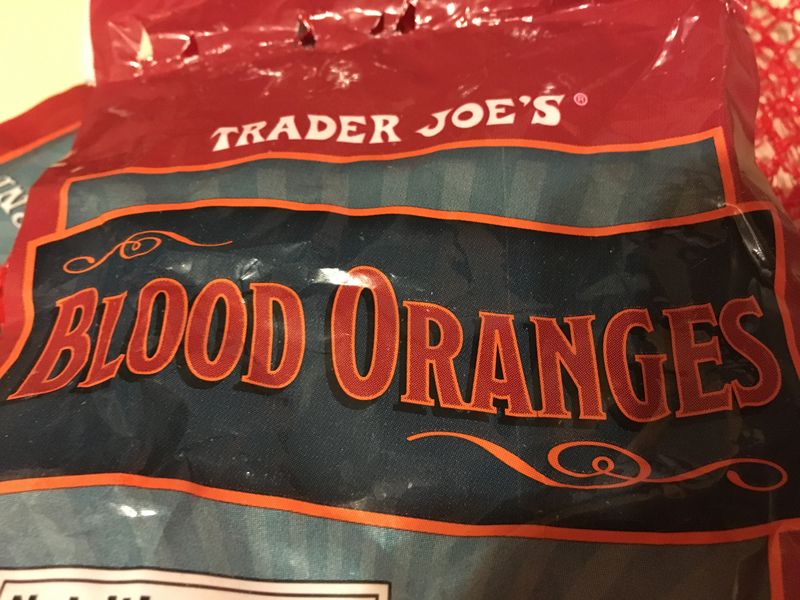 I, of course, just couldn't make a small batch of marmalade either, I had to make enough for gifting during the next holiday season. And turned my kitchen into a bit of blood orange war zone. 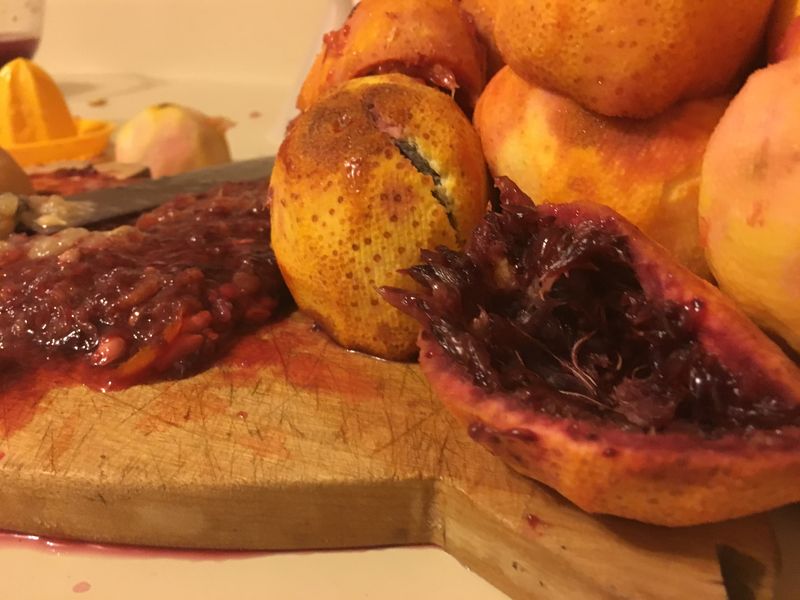 I spent the last week gathering the ingredients.  I braved Bed, Bath and Beyond to find muslin bags for the seeds and a new peeler for the skins. 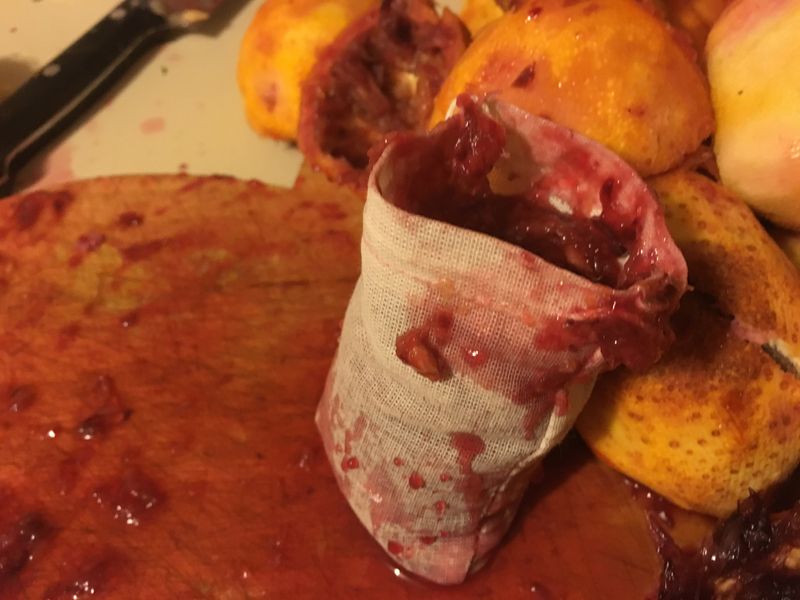 I went to the liquor store to find good, but not too expensive, bourbon to cook with and jars to can the end product in. 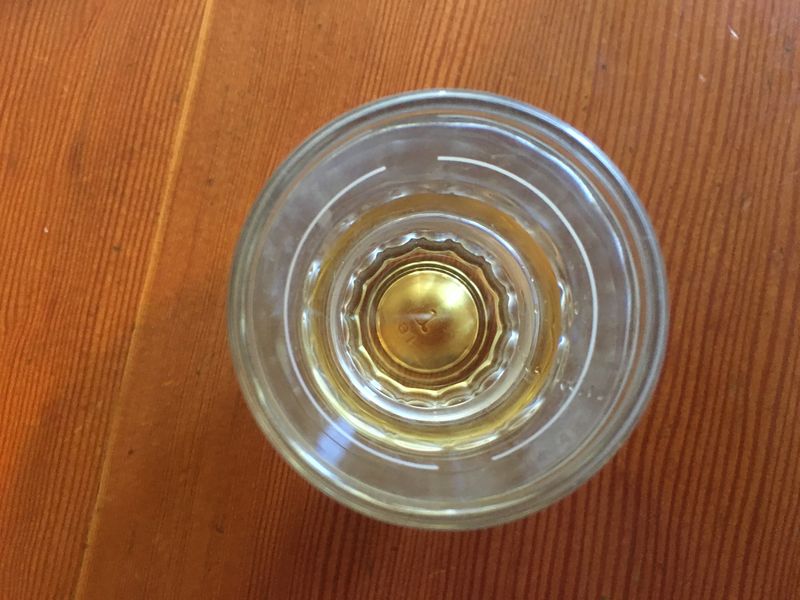 I started the project at 10:30pm on a Friday and worked into the wee hours through the first stages of peeling, juicing and cooking. 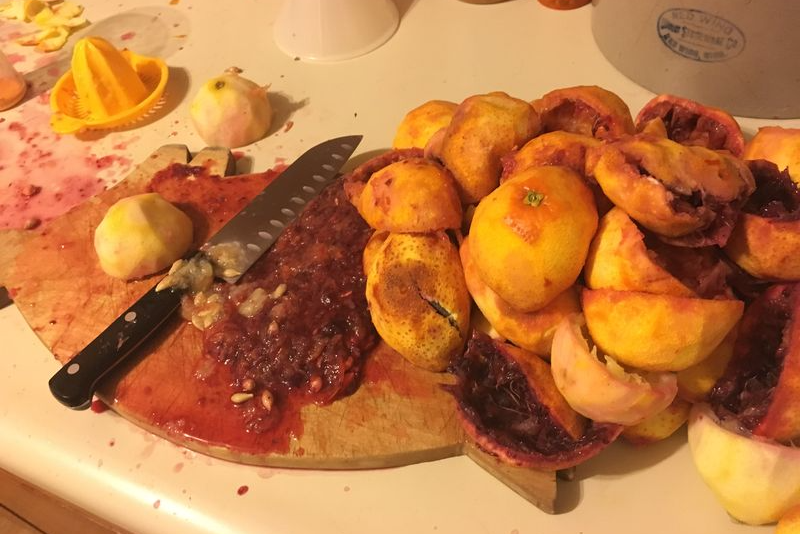 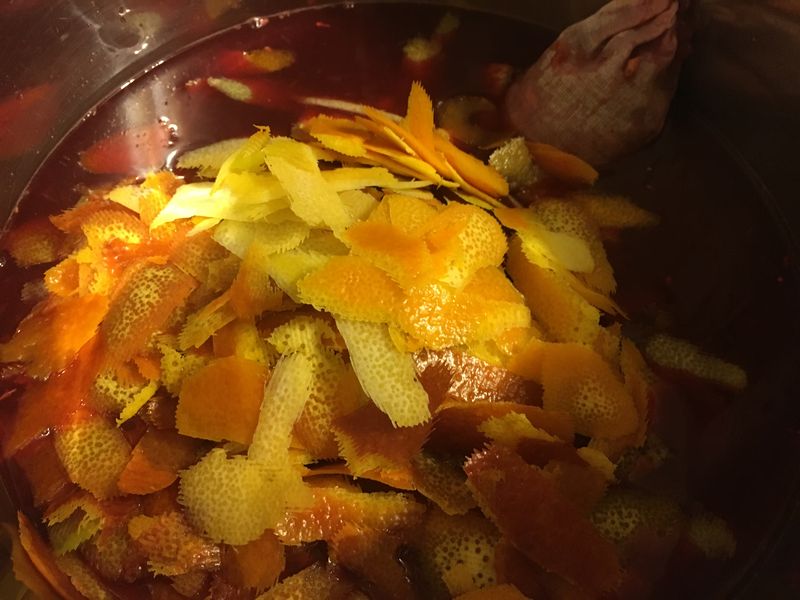 A bit after midnight, reading the very dense recipe for the 10th time I realized that I had to stop for the night to let everything sit and refrigerate for up to six hours, or overnight.  So I put the kettle in the refrigerator and retired to my living room for a celebratory adult beverage and some Masterpiece Theater about the woes of a post-colonial war English gentleman attempting to run a copper mine. I fell asleep for the third time in the same place in the same episode. 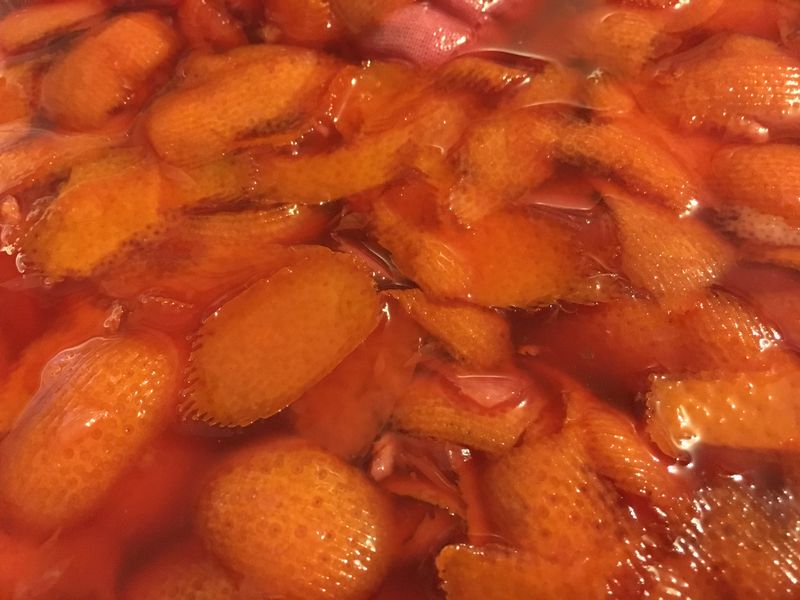 I began again in the morning by measuring 3/4 cup of sugar, and one tablespoon bourbon for every one cup of blood orange juice I made the night before. 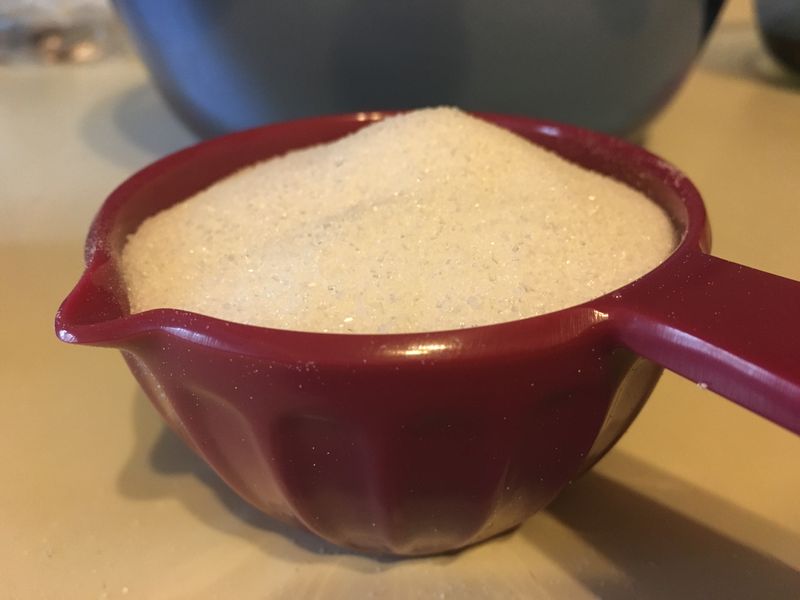 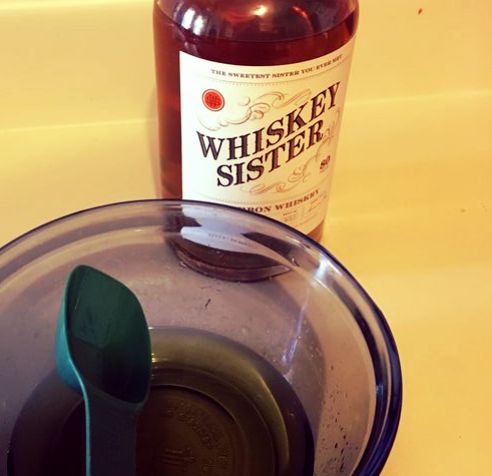 I used over a 1 lb bag of sugar had so much juice. It was at this stage that the recipe called for low heat, cooking down, and regular stirring for "at least 30 minutes to an hour"  about 2 and a half hours later I was pretty sure the mixture reached the desired thickness so I began the canning procedure. 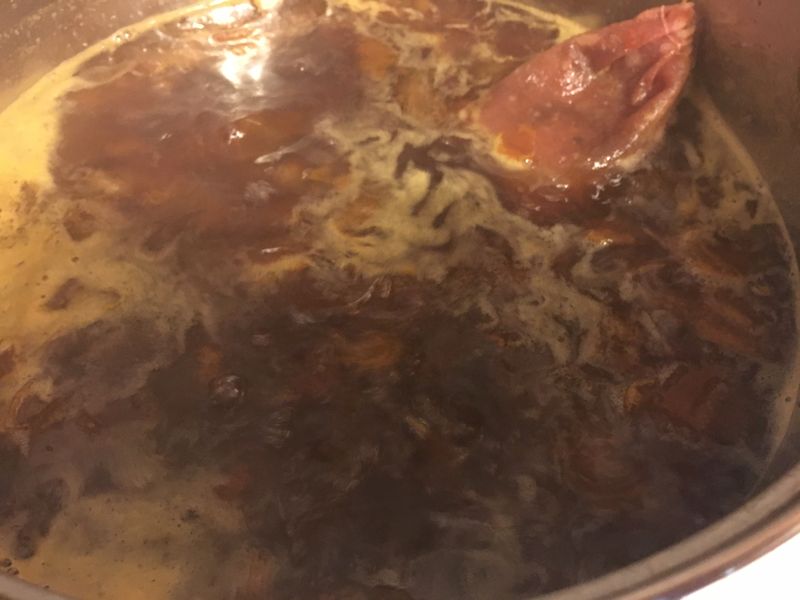 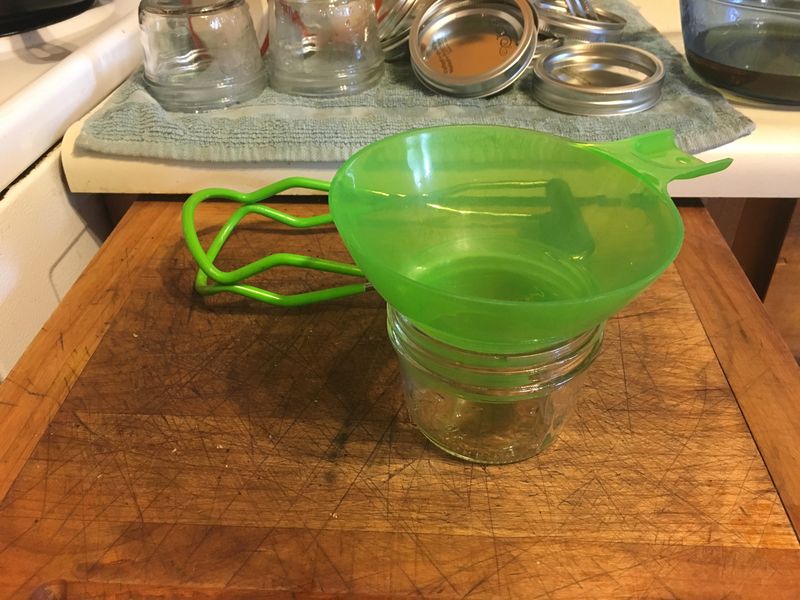 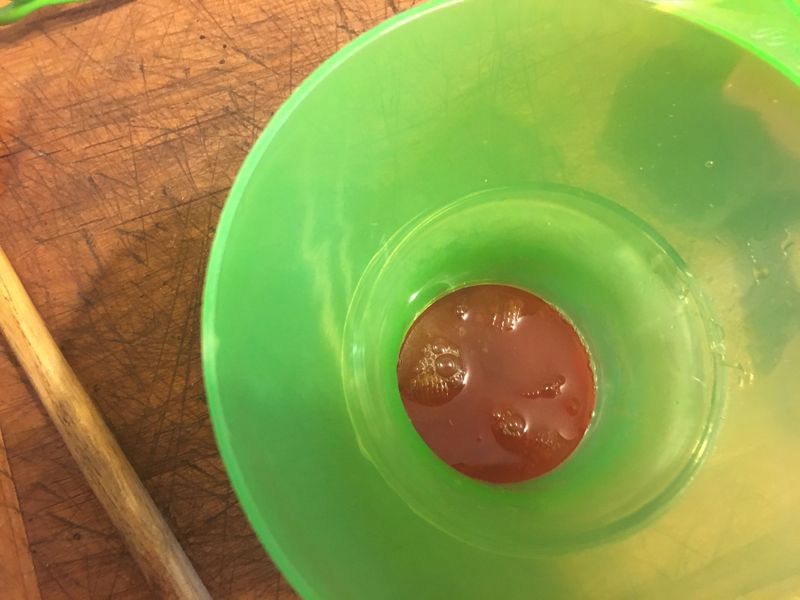 I'm afraid I was a little too hasty in my decision to can.  Thinking back at it now ,since I tripled the recipe, I could expect at least triple the time cooking for it to become jam so I was probably about 30 minutes short of locking in the jellification.  I'm not sure – no pectin was called for and the liquid was thickening per the slightly vague instructions. We shall see in the near future if I was correct in my choice – and if not I'll be spending some time opening jars and reboiling the mixture.  There are a few months until Christmas afterall.  I will report the recipe only after I have proof it works. 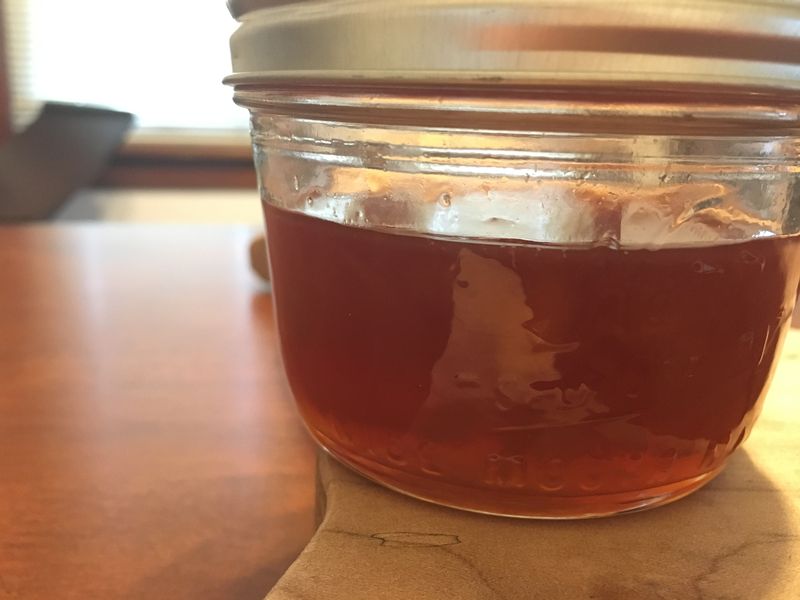 Until I know more I am enjoying my hardwork as a centerpiece on my new dining room table.  I am looking at it as I write this post.  Meanwhile, writing this post conjured up a new memory to include in my memoir about Rome and my adventures flowering into first full human form there. My first meeting with the blood orange and the complex deliciousness it brought to my eyes, nose and tongue.