I made a huge mistake and left the hotel without sunscreen on. It was right there starring at me on my mirror bureau where I put it – perhaps it was the ridiculously slow breakfast, or my distraction, or the altitude, or who knows – the result is some very red arms and a nose. Today again I found I was assigned a guide. I think primarily to help my driver navigate Jaipur- but he went with me everywhere with a rambling historical and local culture soundtrack. His name is Krishna – we went to Cali's Temple together before the start of anything and he insisted I get the red dot from the priest. "No one will know you are not Indian now!" he said – I smiled but know better – because Indians are not one woman with one guide they are a pack/herd of women at a monument and rarely have a guide – but whatever lets not split hairs. 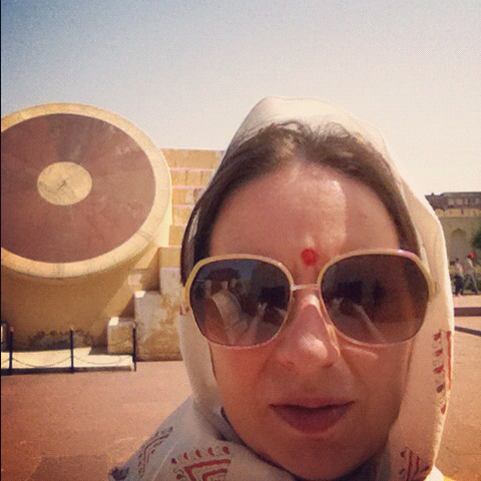 We started at Amber Fort or Amer Fort depending on who you are speaking with. The name Amer, according to my guide, means town of mangos, and Amber comes from its appearance as if it is made of Amber in the moonlight. 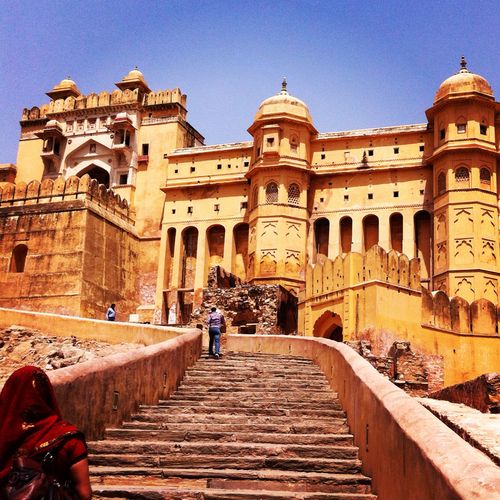 This was the most thorough historical visit I have ever experienced. I had to just start walking to get Krishna to move on from the limitless fact waterfall that is his mouth. In short the Amber Fort was the home of Maharajas for over 100 years – one of which had 12 wives – it has a mirror palace, summer and winter rooms and was abandoned when Jaipur was built to accommodate for population growth. On the road up to Amber Fort we passed a menagerie of animals including goats, chickens, many cows, pigs and finally an elephant or 5. Apparently the fort has a fleet of them but they only work until 10 am and give 3 rides per day in the summer to protect their health. 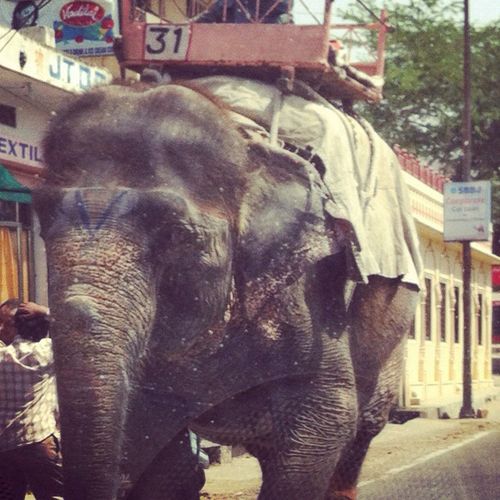 After the extremely long history lesson I requested a trip to the Monkey Temple. The actual temple is closed from noon to 4, but I just wanted to see the monkeys. And many monkeys there were, and cows, and baby pigs, and goats and dogs – we just fed the monkeys peanuts and bananas provided by two other women travelers in a similar zoological mood as I. 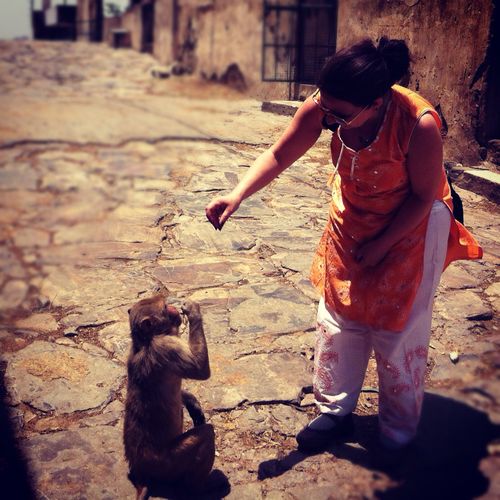 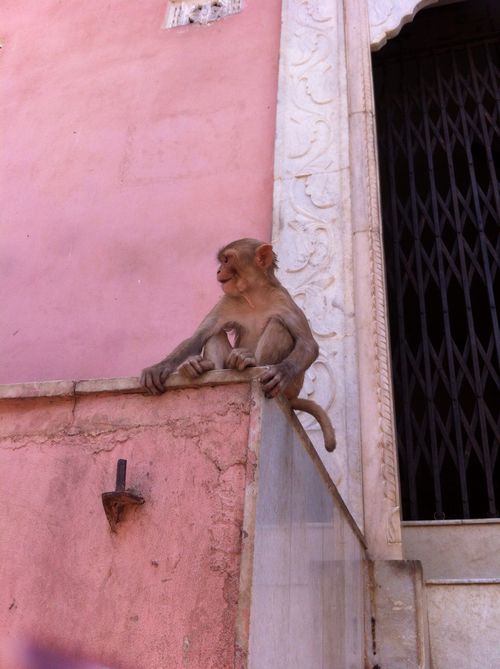 After the monkeys a convenient tour of a local textile factory was arranged for me where the insistent salesmen insisted that they were not in the business of high pressure sales. Maybe it's true as I left with a nice cotton scarf with only a couple less smallish bills in my pocket. 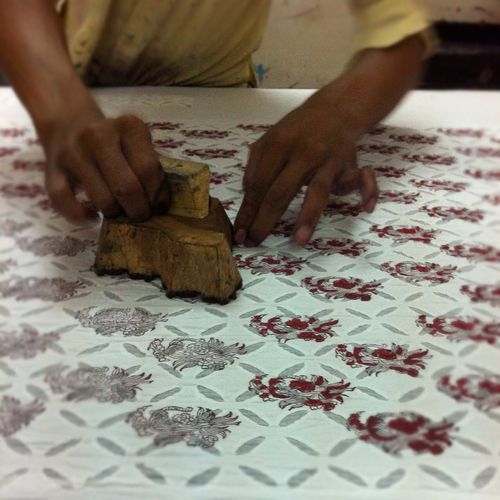 Then it was a forced march to Jaipur's restored Jantar Mantar – which is bigger than Delhi's and definitely more functional. 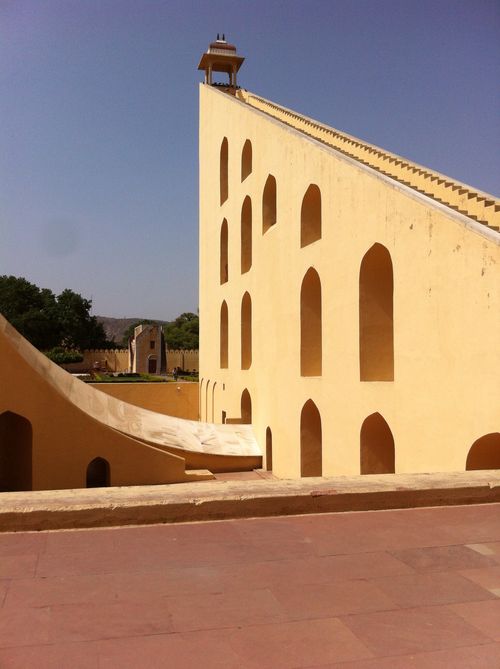 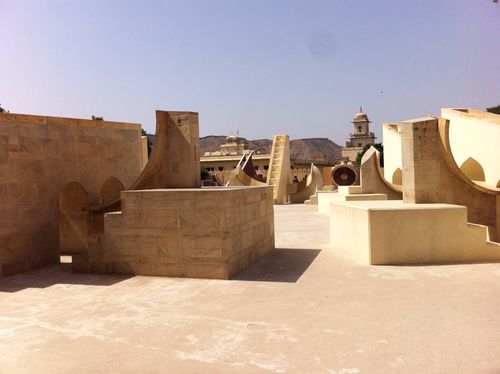 Avoiding a visit to a gem cutting demonstration – I was put through the longest City Palace Tour ever…seriously my guide had something to say about every single display in the museum. 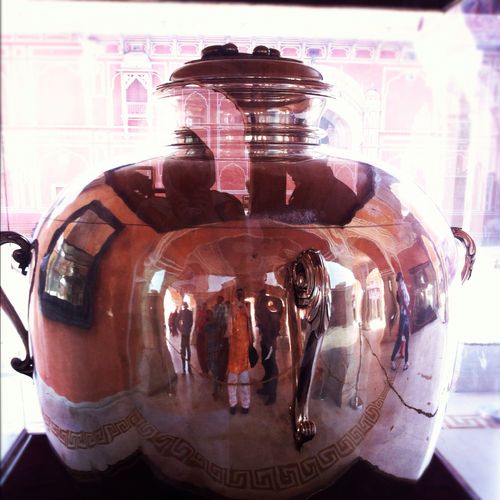 I photographed him in front of the model map of Jaipur that he declared inaccurate. 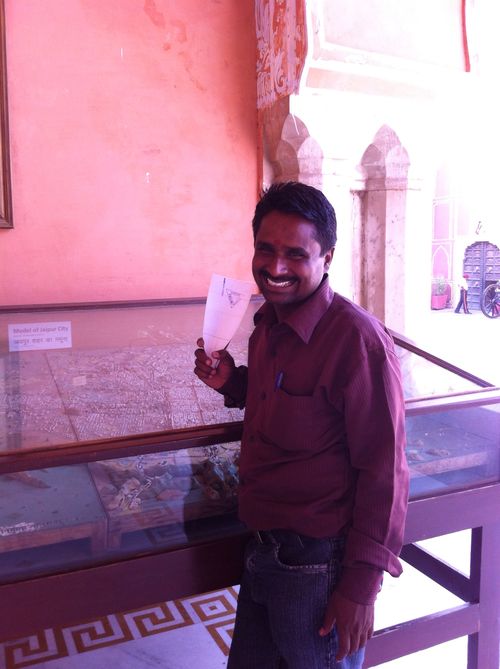 Bwlow is a shot of peacock gate and the flag showing that current 14 year old king is in the remaining functioning palace. 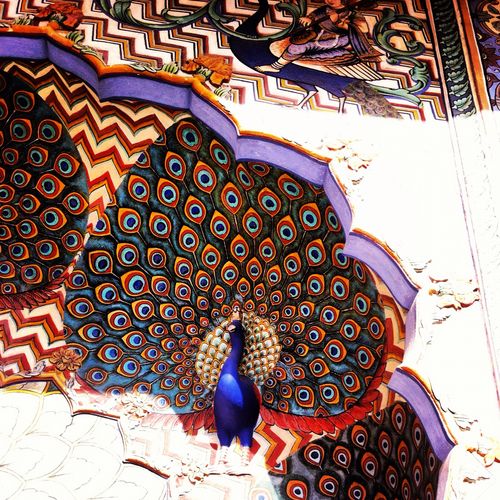 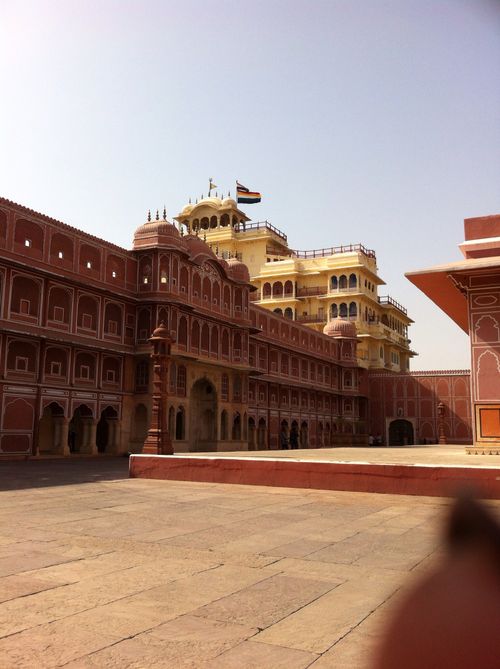 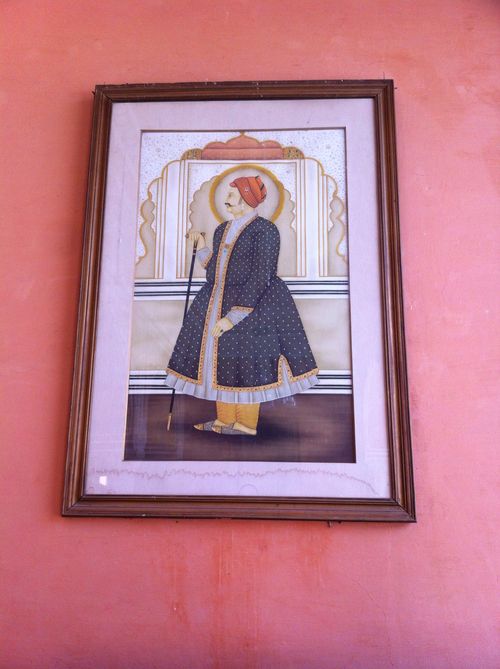 And this is the guy (Ram Singh) that painted the city pink to welcome Prince of Wales (later King Edward VII) in 1876. Now it is mandated that every building on old city street frontage be kept pink. 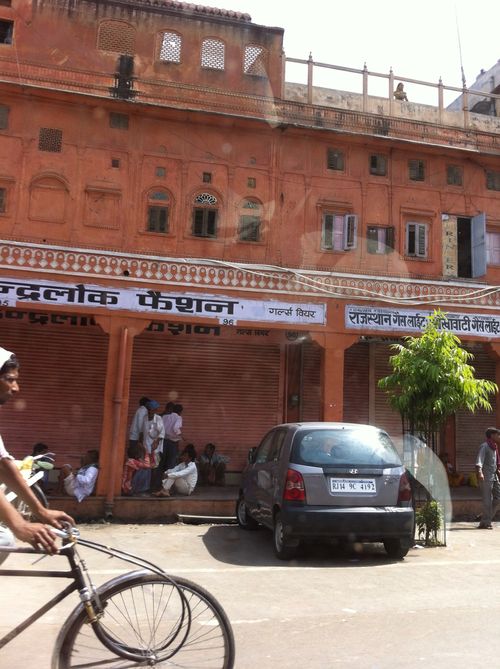 Finally it was time to go home. Enough of the pink city – back to my pink Hotel Pearl Palace with my pink sunburned skin, take a shower, slather some aloe on myself and settle in to a little tandoori dinner. 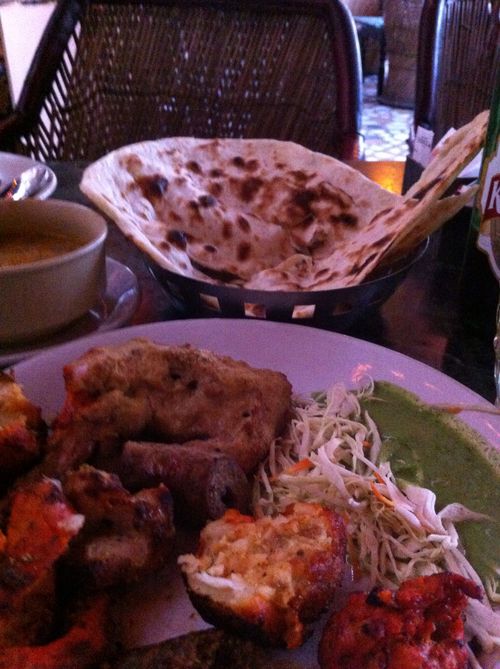