So yesterday, while I was staring at the Taj from a rooftop deck it occurred to me that I'm a little tired of sightseeing. I'm definitely tired of "just looking" at marble elephants and other shapes – inlaid semi-precious stones or not. 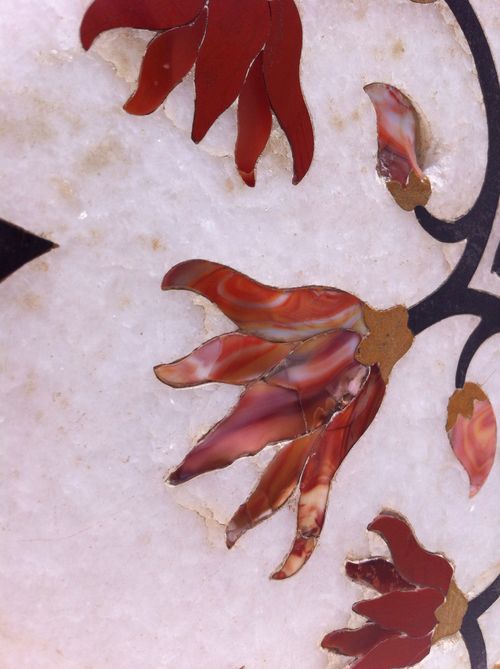 I am a tourist however, therefore what else shall I do but tour? Perhaps it's a matter of attitude? A couple days ago my good friend and fellow poet Misty Dawn Spicer sent me a Wikipedia entry to ponder for my poetic & photographic theorizing. The entry was on the Flanuer – a person who walks the city in order to experience it. My favorite quote "the artist must immerse themself in the city and become a botanist of the sidewalk." As a woman alone in India I have found I can walk certain places and others not so much without being harassed or harangued – breaking down my observer status – and putting me the category of observed other, a curiosity, strange- interrupting my botany so to speak – and bringing some Jim Morrison lyrics to life. When your strange… 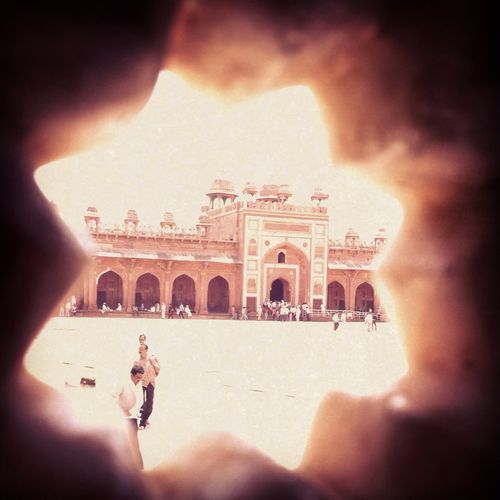 This morning I left my extremely pleasant and supportive surroundings at N.Homestay in Agra to journey to Jaipur – the pink city – capital of the state of Rajasthan. On the way was Fatehpur Sikri – the ancient short lived Mughal capital during the reign of Emperor Akbar. 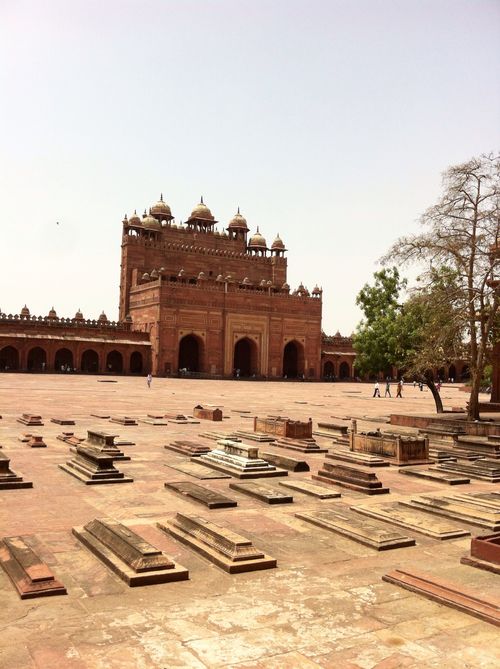 In Fatehpur Sikri is Jama Masjid – a still functioning mosque built in 1571 that houses the tomb of Shaikh Salim Christi. The story goes that Akbar, childless, sought the help of this Sufi saint – who predicted for him a son. When the prophecy came true Akbar essentially moved in and built himself a capital in the saint's backyard. 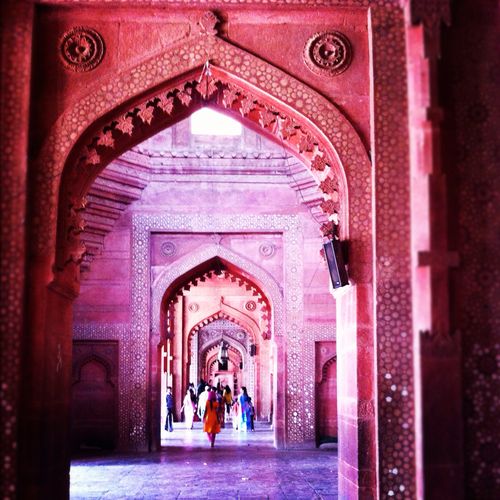 Today, childless women visit the tomb and tie strings to the marble jali wishing for children. 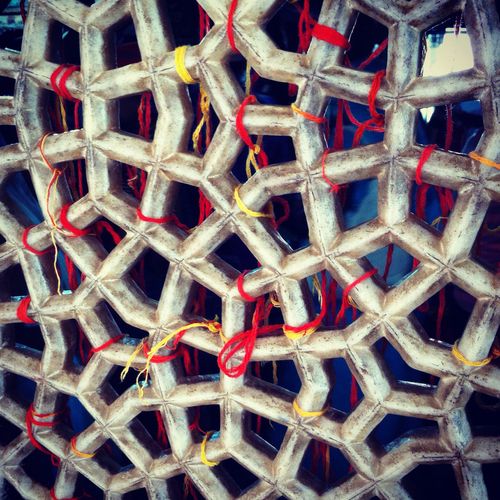 Apparently you can make offerings and wish for anything else you want from the saint – but I did not push my luck and just observed the process and noted the similarity between Christian and Muslim saint worship. 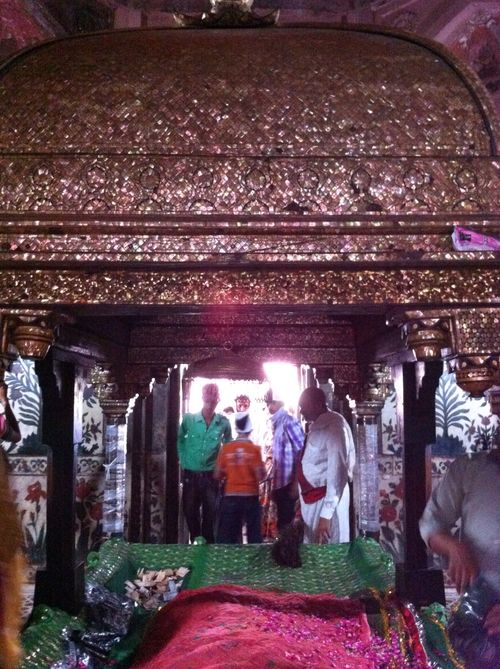 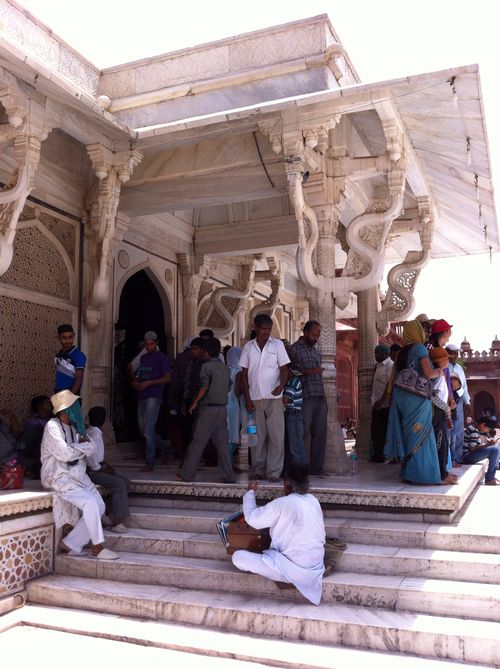 I skipped a visit to the palace as I was feeling Mughaled out. Instead I donated the entry fee to my guide and took a picture of a spotted goat wandering around the courtyard. Then Sabir and I were on the road again for 4 long hours of driving to get to Jaipur. 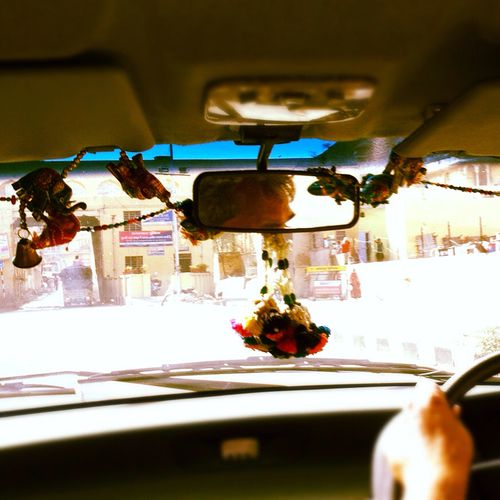 We arrived in time for an evening of rest and relaxation at my new lodging – Hotel Pearl Palace and it's Peacock Rooftop Restaurant. 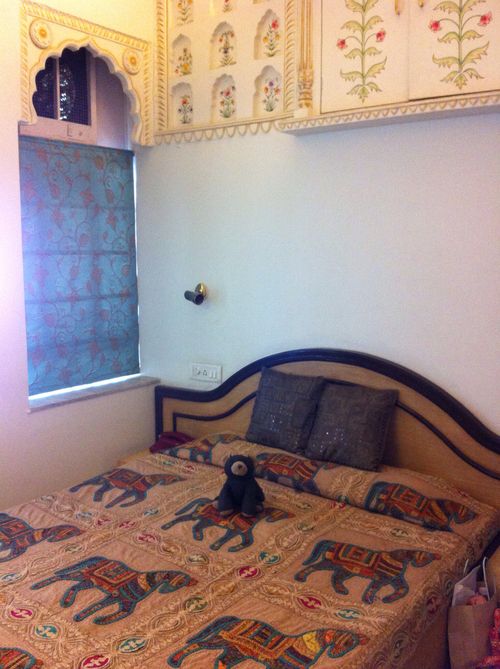 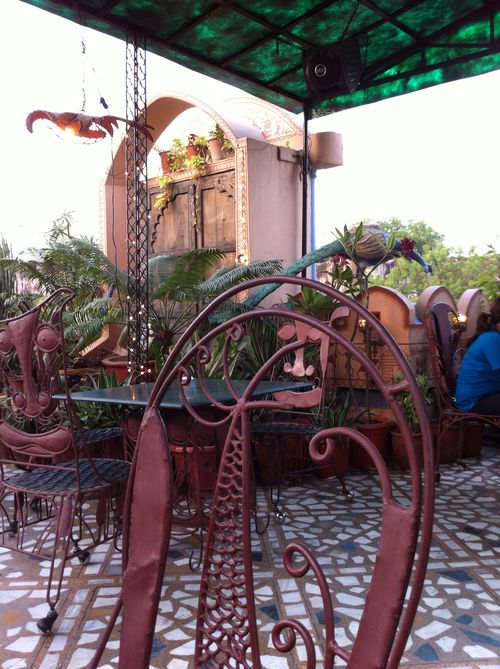 This is the only place I'm staying that is in the guidebook. It had mixed reviews on Trip Advisor- though mostly positive – so I went with it. I have to say though I'm disappointed with the "legendary" service and primarily their Internet access fees of 150 rupees per day per device – which means I'll spend more on Internet here than my room. Access is spotty on top of it. I read their sign that they do no charge "traditional fees" way different now.

I also learned the difference between air-cooled and air-conditioned – which at first I was leary about – but is working out ok so far. The rooftop is nice though, when the horribly behaved German children are not there. And I enjoyed millet chipatis and Laal Maas (lamb curry) with a "salad." 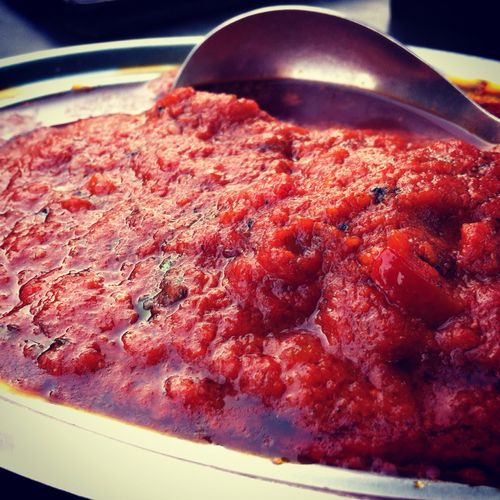 1 thought on “On the road to Jaipur”