When I woke up this morning to the sounds of cascading car horns at 5:45 am New Dehli time I had two goals for my day – appropriate clothing and train tickets. Then I had three cups of tea with the hotel's travel agent. 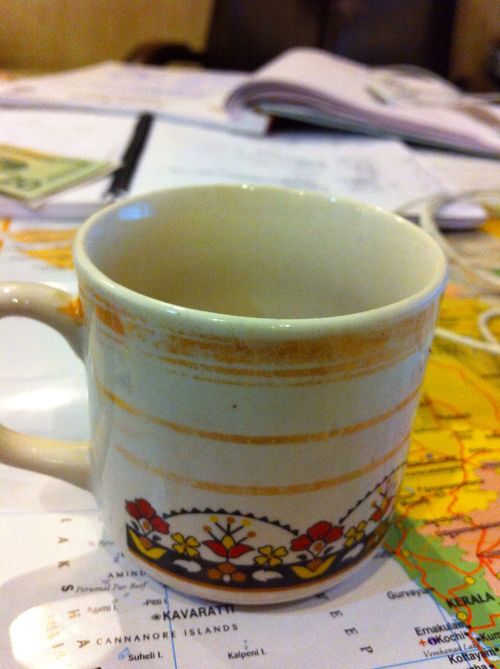 Travel agent is putting it mildly – more like timeshare tidal push sale get the girl before she knows anything with a smile of saccharin hospitality. I learned after a day in a car with a driver and multiple similar situations attempting to separate me from my money that this is what the guidebooks meant and I'm a very bright blue eyed target. I also have the special ninja skill of being a photo magnet. Here is a nice couple that wanted to pose for me with my camera as opposed to the 10 other families that sat down photographed with me and left. 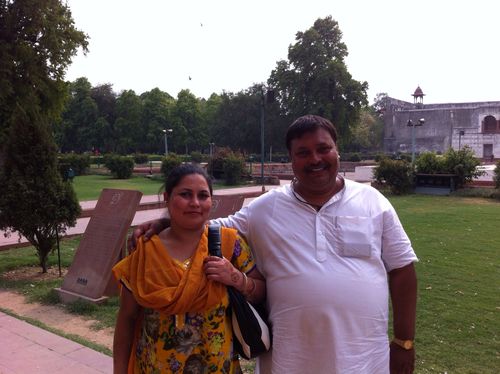 This couple was at Old Dehli's Red Fort as I was dying of near heat exhaustion and dehydration. Despite the melting heat I did manage to capture some shots with my new fancy iPhone camera attachment. 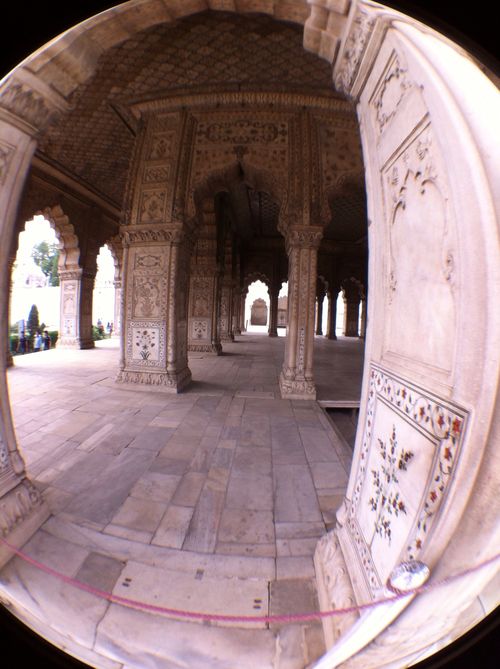 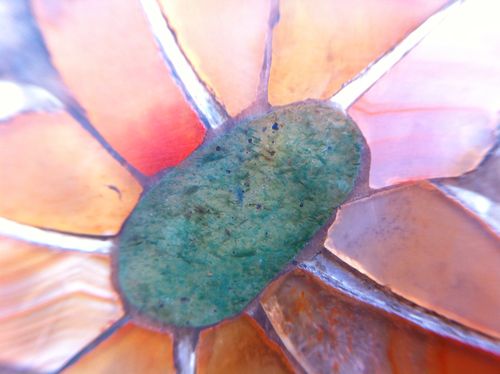 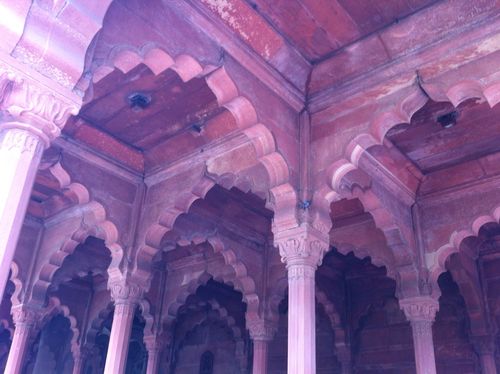 Prior to what shall be named the thirsty tourist incident I finally had food. 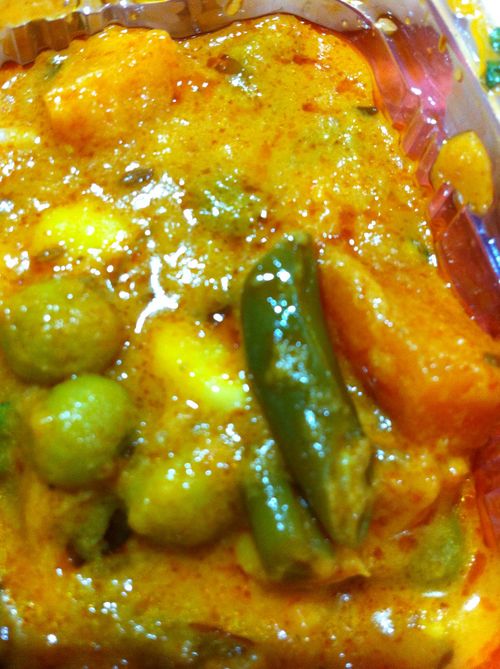 My driver today, J.K. brought me to this thali place after some multiple multiple attempts that were lost in translation. Finally he was like "thali!" and I was so "yes!" Another lesson I learned today was that a driver is neither a talker nor a tour guide. Although J.K's first and final suggestion of the day to go to Rajghat (Gandhi Memorial) was a hands down winner. 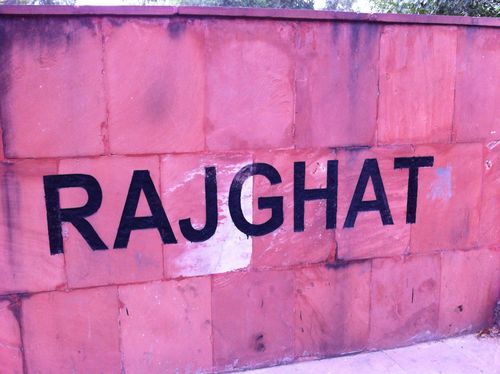 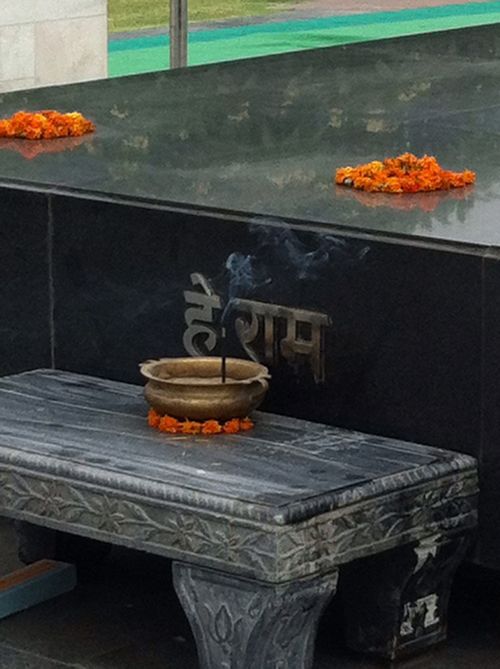 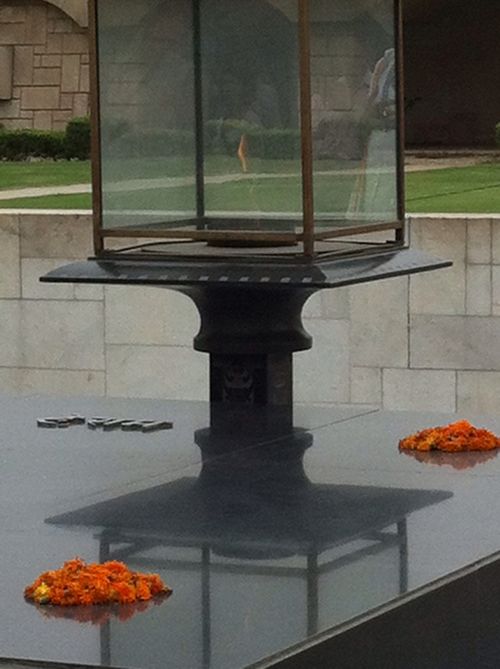 Here is a shot from the bench where I became a celebrity. 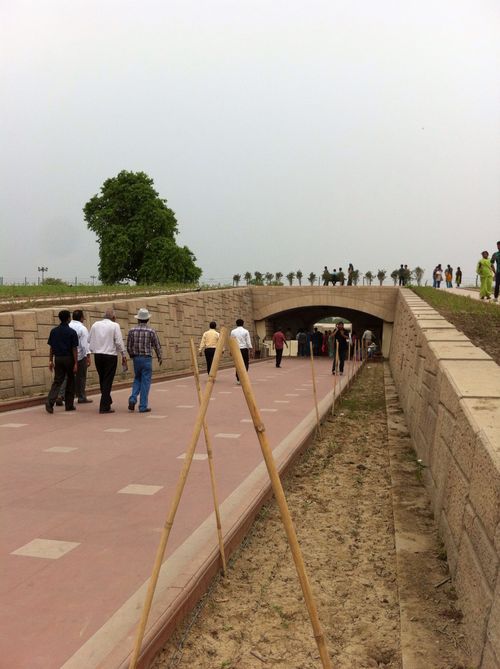 I waved at children got kisses from mothers and daughters and am now in the family photo album of about 15 families as likely the strange blue-eyed girl alone visiting the Father of the country. 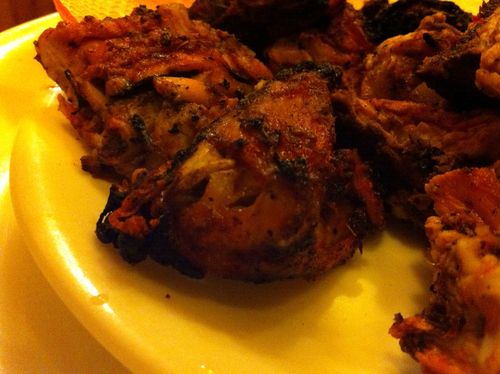 Alas it was time to go home to shake off the day with the best tandoori chicken ever and some vegetable biryani. I even got the ever so nice evening shift boy to bring me a beer. 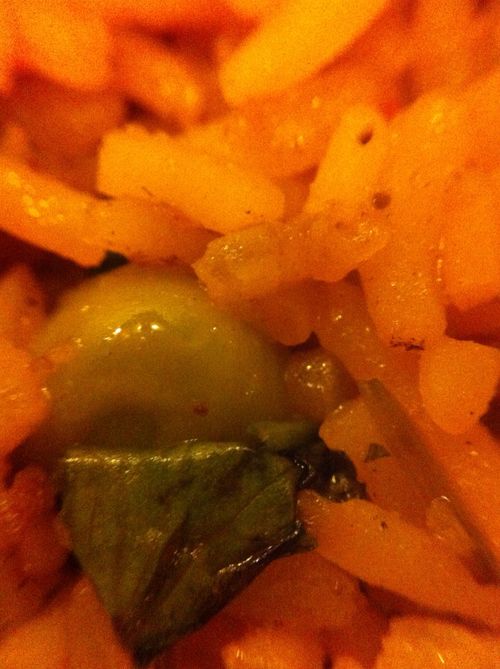 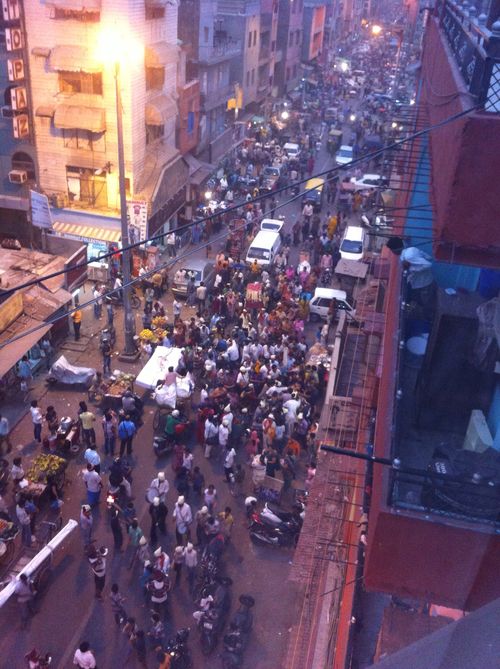 And then enjoyed a parade by my window.