I am beat up – scraped knee, multiple bug bites, runny nose and a cough. On top of it I am tired- from the heat, the lack of Internet, and new malaria pills floating around my system. All I wanted to do this morning was vegetate in my air conditioned room and watch the people of Udaipur swim and do their laundry outside my window- but alas room service was foiled so I had to leave my room and attempt to do the same thing from the hotel restaurant. 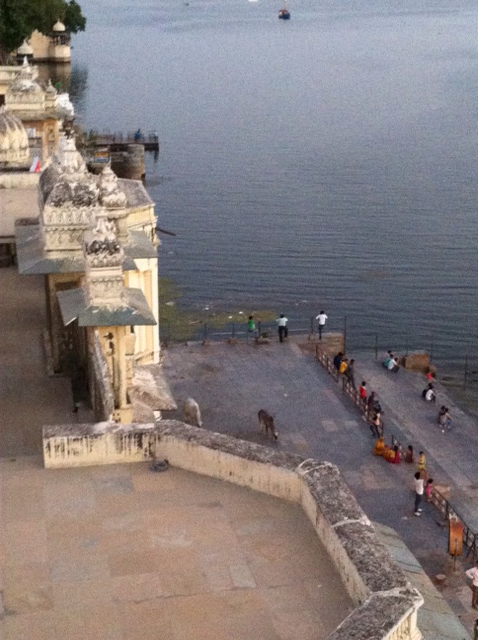 Then it was checkout and I had no where to go or be until 1:30 pm so Sabir said I had to go sightseeing. I thought I saw everything in Udaipur yesterday – the palace, the lake at sunset – but apparently I was missing folk art. 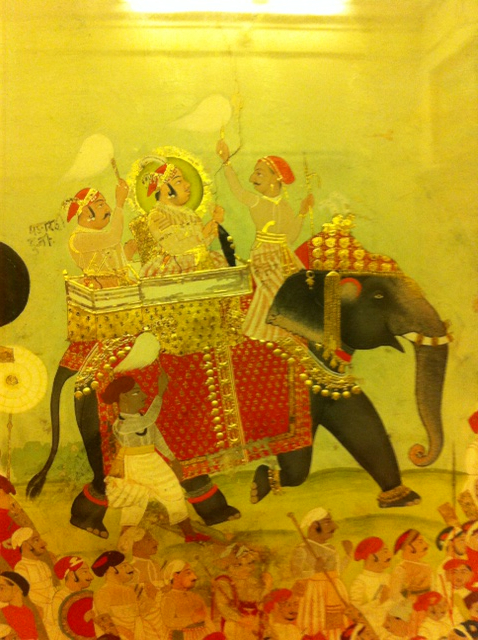 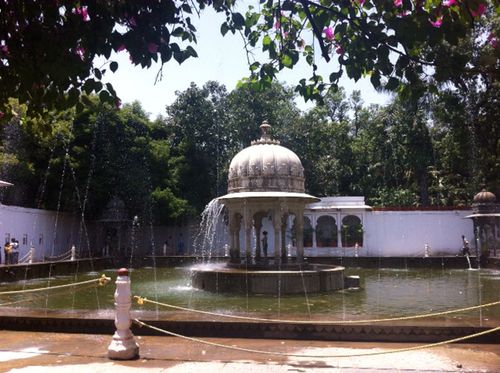 So I got some – and the city garden Saheliyon-ki-Bari build by Sangram Singh II in 1710. I was hanging on for dear life…and just spent 20 minutes in the shade staring and being photographed with and by locals until a room just past the fountain caught my eye. 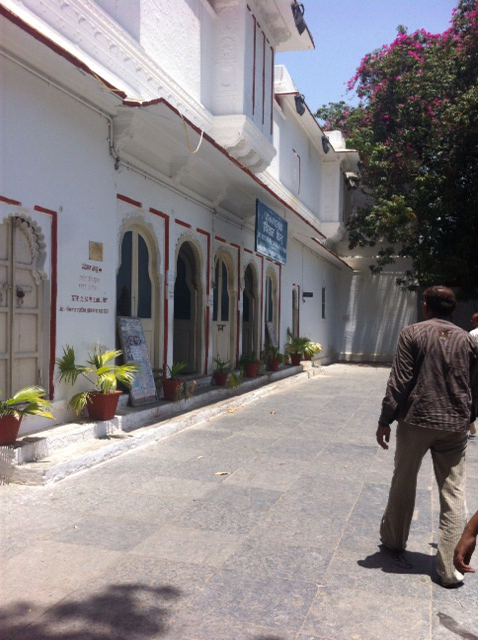 The "science" center was filled with carnival trick mirrors, dusty dinasaur models, and other oddities – including its curator who pounced on me as if he hadn't seen a human in weeks. I signed his guest book with a pleasantry and did my best to get away before I was forced to do every parlor trick in the room. 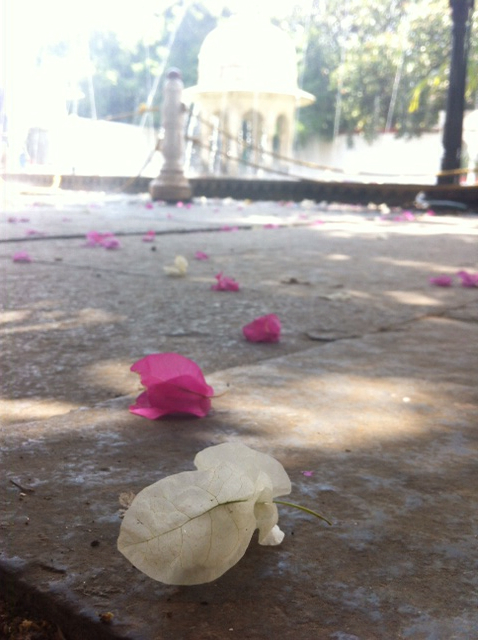 Finally the hour of 1 was at hand and it was time for cooking class! Having been seeking a class my entire time in India I was excited even though my body was saying nap….then I was transported via motorcycle by my teacher to his home – for a Rajasthani cooking fundamentals marathon. 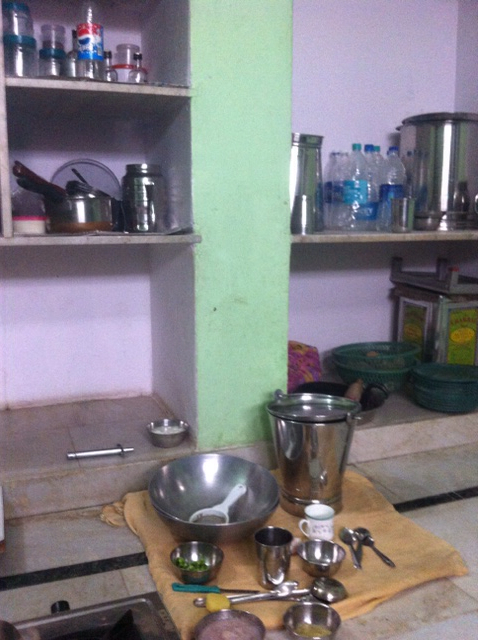 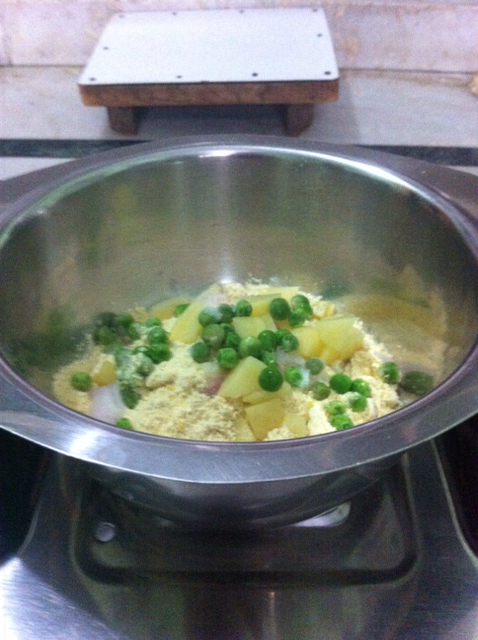 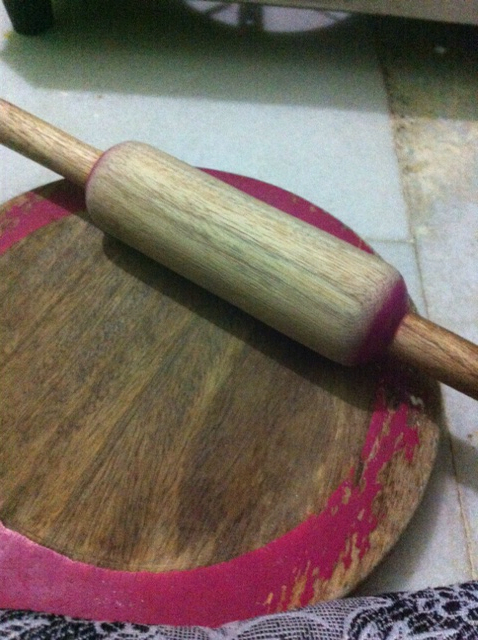 At hour two of sitting cross legged on the floor I thought I was dying and then I got full- which added a whole other dimension to my suffering. My pain aside it was an a good class that I cannot wait to apply at home. 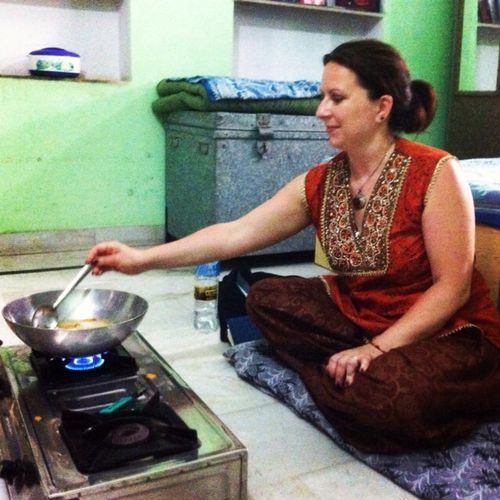 Cooking done it was time to experience the Indian domestic flight system. After an akward goodbye to Sabir wishing him a good trip back to New Delhi and a healthy life – I wandered into Udaipur's one terminal airport for my flight to Mumbai.To sit in the air conditioning and drink water was refreshing as was being able to bring said water through the security checkpoint. I arrived in Mumbai quite pleasantly and took a prepaid cab to my hotel the Traveller's Inn. Which according to Lonely Planet guide is a clean budget hotel with Internet. One thing it is for sure is basic boarding house scene. 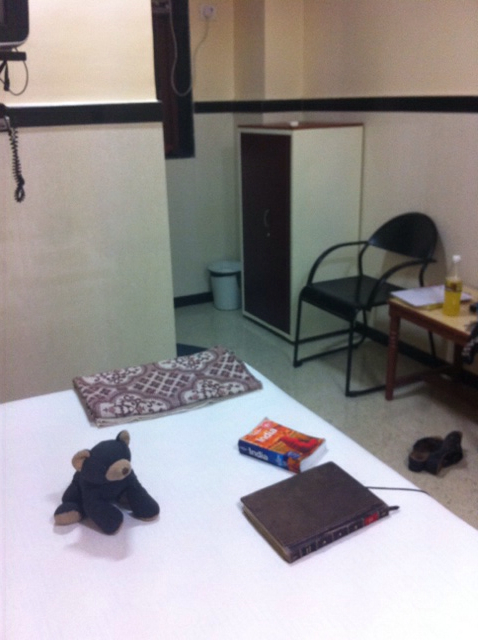 Here is Jimbo checking out our digs. I then found out I do not get any towels. Welcome to the big city. 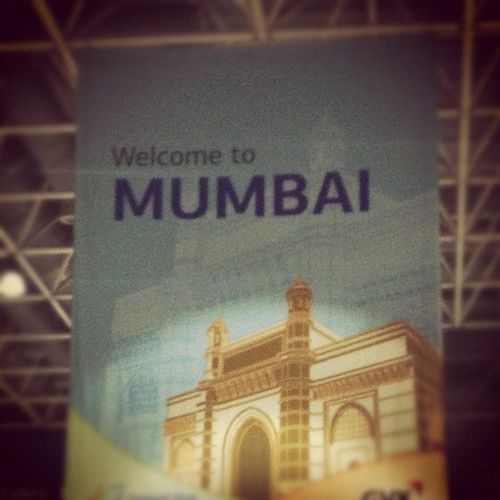