Today I declared a strike on me doing anything or attempting to do anything in Goa. At noon I left the hotel in a sundress (rebel!) and walked to Cafe Coffee Day to have an Americano and maybe read the paper. 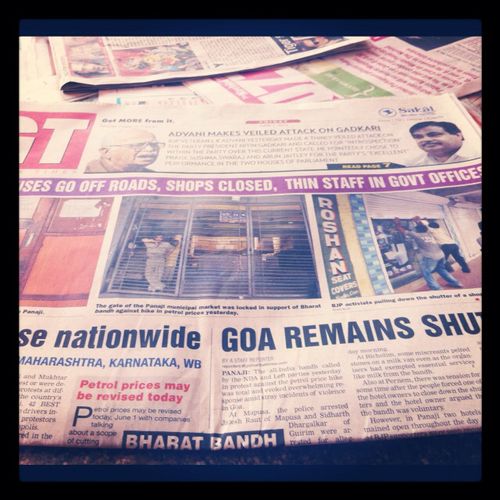 The paper was very informative. Goa was closed yesterday? No way I didn't notice – especially with new gas stations popping up. 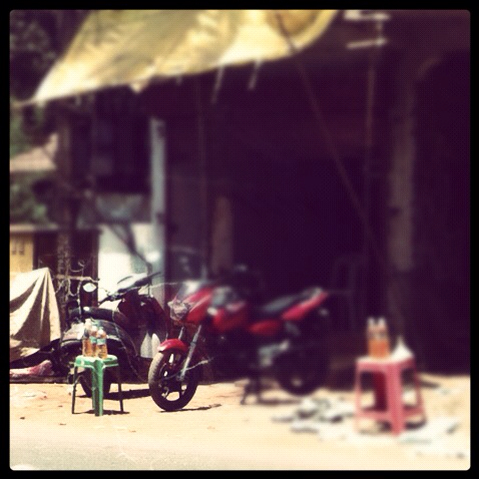 Then I heard a British accented voice from across the room – "don't read that paper – here I have something from Bombay with real news." As British accents are authoritative I walked right into Mr. Goa Casanova's set-up. 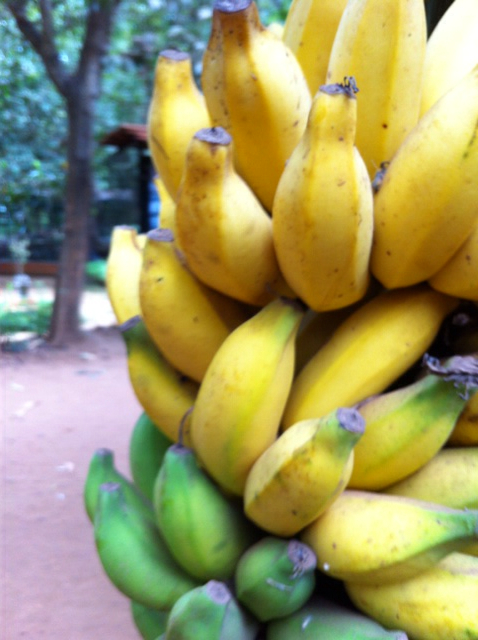 Although I could not let Mr. Casanova totally wrap his spell over me and take me to his love nest to "walk the dog" – I did get a tasty lunch out of the deal and an introduction to one of the mythical hippie havens of Goa. The pizza joint was filled with people that have been in Goa since the 70's and their grandchildren. I had no opportunity to politely photograph anyone in this scene – but here is an empty booth at the restaurant. 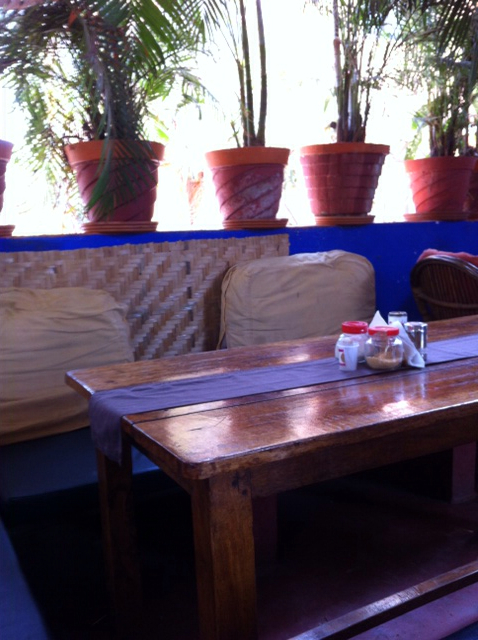 The pizza was good – and covered in rocket a.k.a arugula. I then returned home to write poetry on my deck, sip some wine and garner up energy to go see an actual sunset to completion. 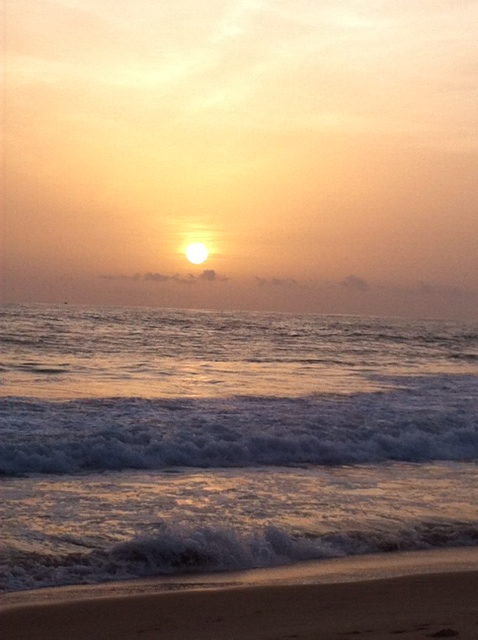 Santana, my best friend and cabana boy, in his final valiant effort, stopped some drunk men from attempting to take my picture and made sure my way home was safe in the dark. 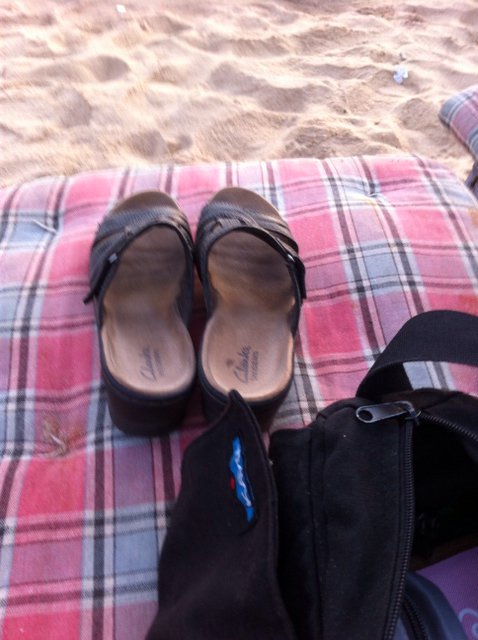 And thus I begin my journey home to Seattle – a long 30 hour stint of airport fun ending Sunday night across the world from here and now.

Jimbo says bye – and hopes you continue to follow my poet cook adventures back in Seattle. 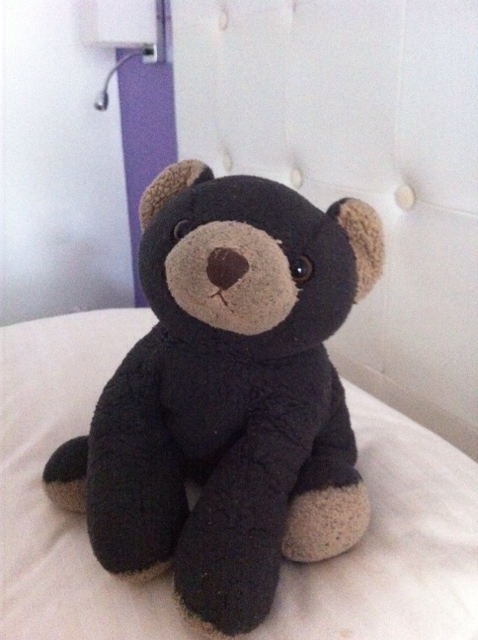