Camels are tall. Especially when you are on their back feeling like a giant blinking neon tourist sign. Before leaving Pushkar and after the most amazing carbohydrate fest known to man called breakfast by hotel Master Paradise I got to ride a camel. 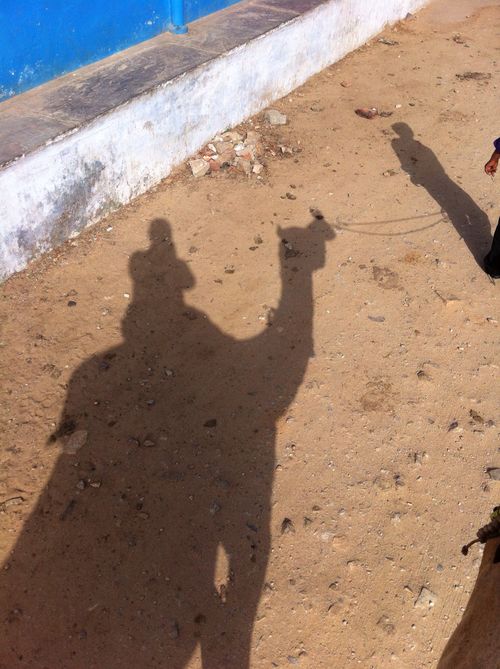 Having barely ridden a horse in my life- this was a trip- down the block. My camel guide wanted me to go into the desert but I was tired of it quickly as the extra attention on top of the camel was not my scene. I did however, enjoy the commentary from my guide about my camel's attire. "Camel likes to dress as a woman." he said explaining her nose rings and flower. 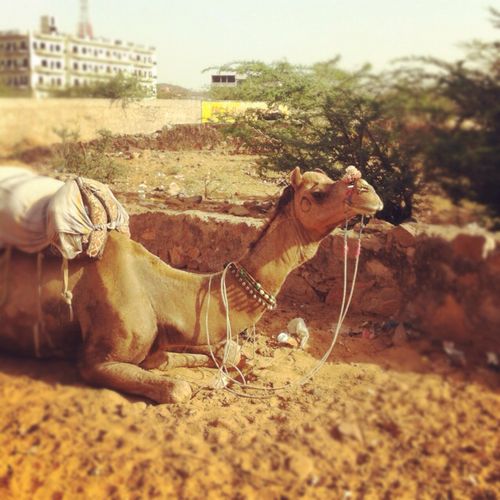 Then six hours and a serious detour later we made it to Udaipur. 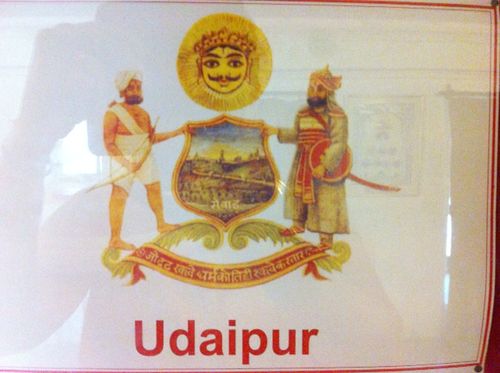 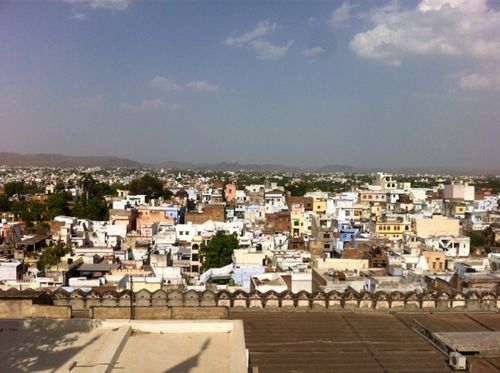 Seriously I thought for a minute we wouldn't. A major bridge was closed and there was no official diversion. So everyone went around on a cow path. 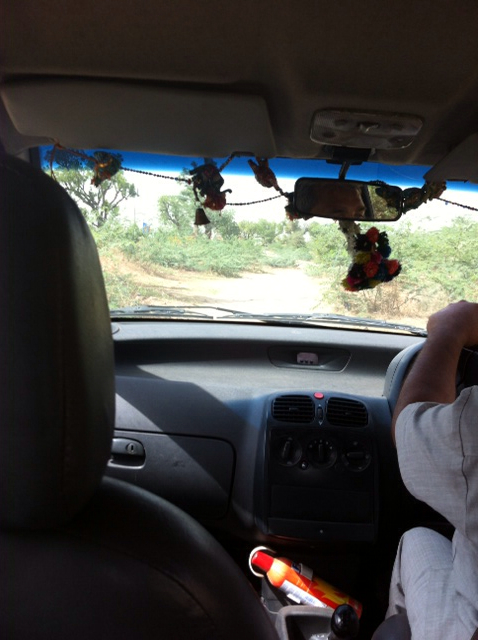 The first thing I did when we arrived to Udaipur was fall down in the middle of the tiny street ripping favorite pants, scratching my hands and making a bloody mess of my knee. 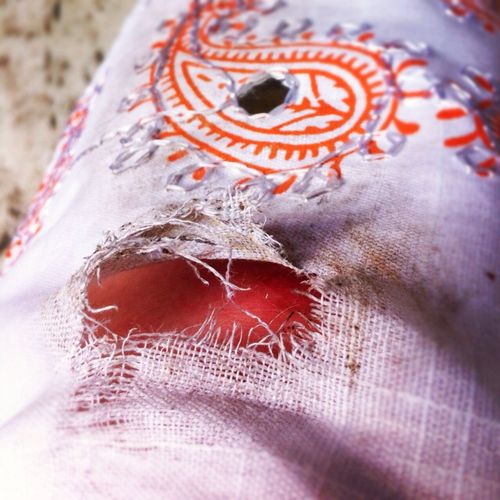 I continued my short march to the City Palace disappointed that no one offered me a bang lassi or other strange drinks as warned by hotel staff. 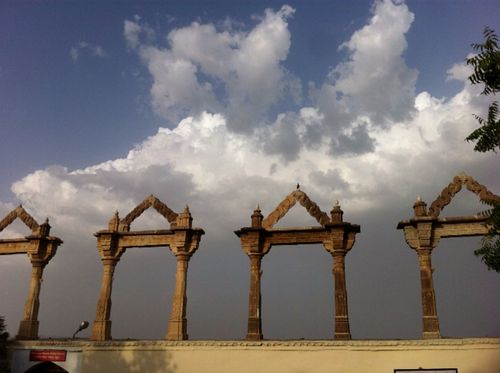 I went through the city palace gate guide free after a slightly heated discussion with the museum staff about the ridiculous fees for bringing in a camera – then sat myself down in the courtyard for a well deserved bubbly water and a glass of Chenin Blanc from India's Nine Hills winery. It went well with the opulence if the palace. 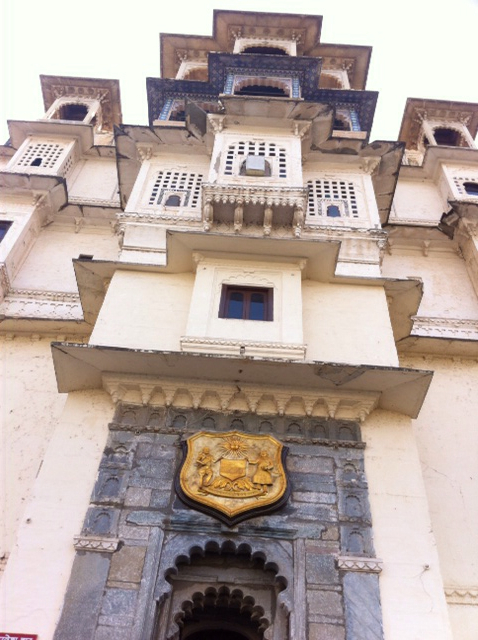 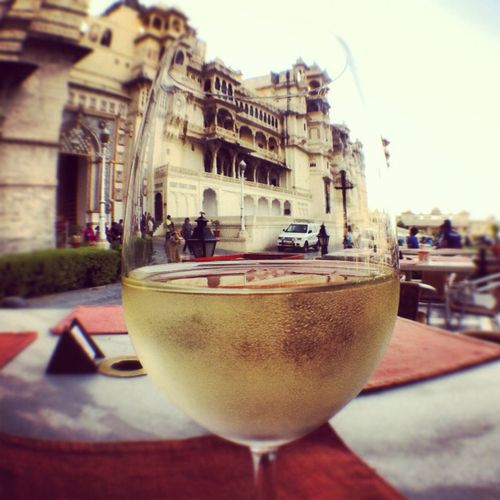 Then I went to temple. I thought I went to Vishnu's temple but I was walking home I passed what was then obviously Vishnu's so who knows who I offered 3 rupees to. 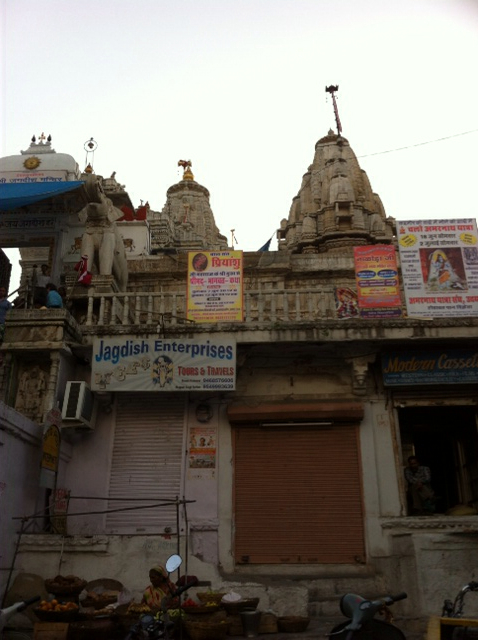 Either way the sun was going down so it was time for a sunset view of the lake and surroundings. 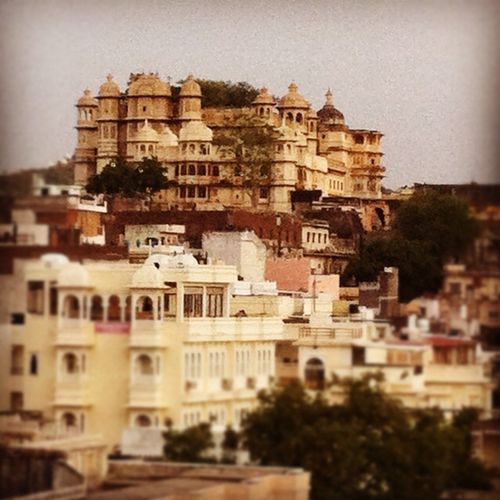 I returned to Hotel Pichola Haveli and settled in for the night.