Monday morning arrived and it was officially our last day in Iceland.  Sad times. We went up to the now virtually empty breakfast area and found a clear mountain view  staring at us for the first time since we arrive from across Reykjavik harbour. 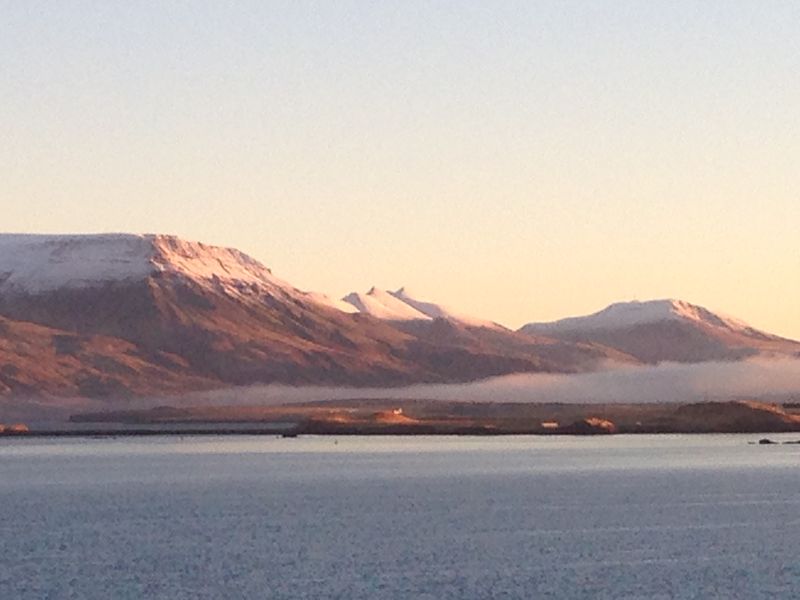 After a discussion with the front desk about the Blue Lagoon package I bought last January with my tickets it became obvious to me that there was going to be no way to use it now that we had a rental car to return to the airport.  Jessica also needed to return the fur she purchased in the Harpa gift shop because we it was the same company as the murdered baby seal pelt we found at Geysir. 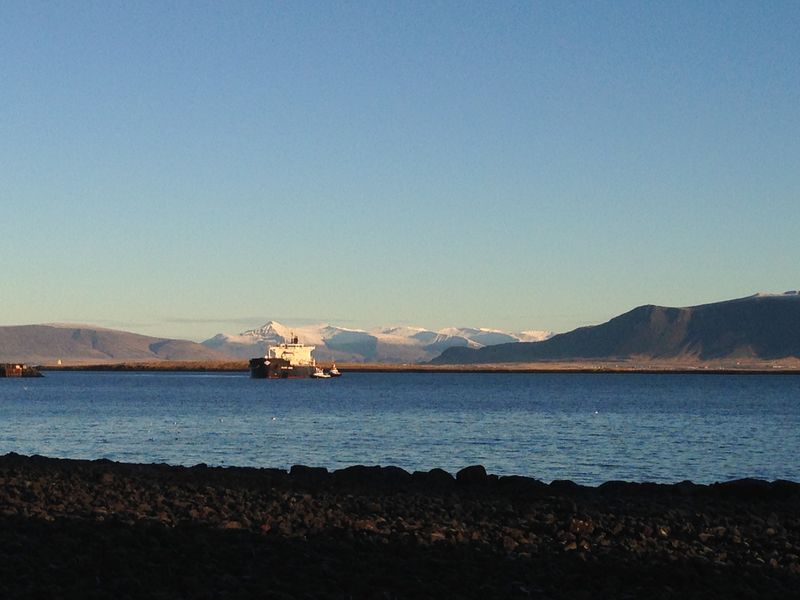 We took our time taking in the sight of the mountains and the harbour and one final look inside the Harpa.  I bought some souvenir gifts for friends and family and the winner of my Iceland blog contest, and then we decided we should head for the Keflavik Penisula to take in some more sights, find lunch and board an airplane. 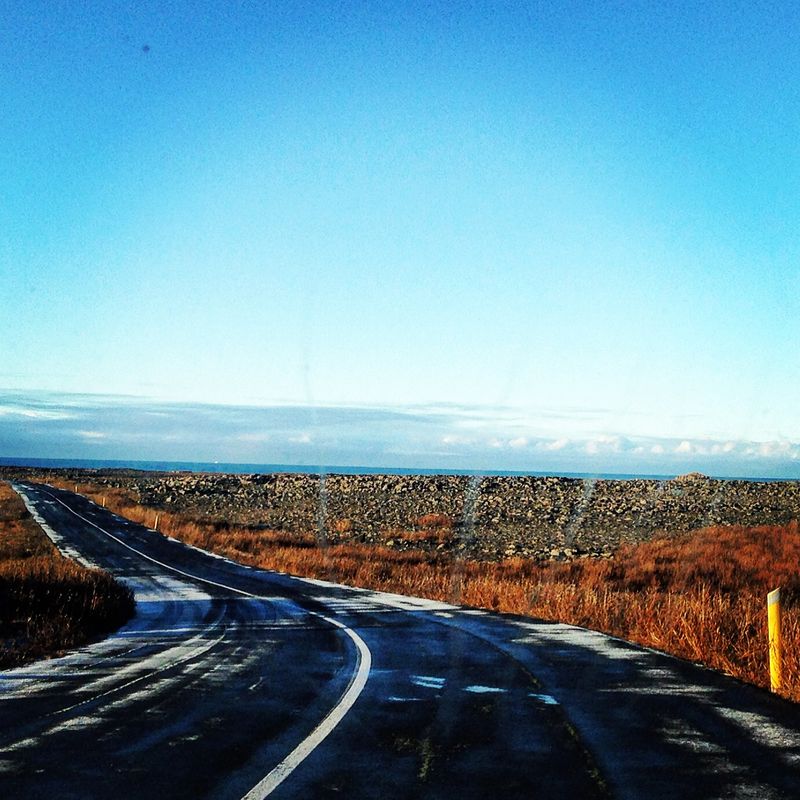 We headed toward Basendar and found a very icy roadway on the peninsula that looked like the moon slightly warmed over.   Luckily, we only had 40 kilometers to travel and over two hours so we took our time and pulled over at the first sign of a Iceland info booth. 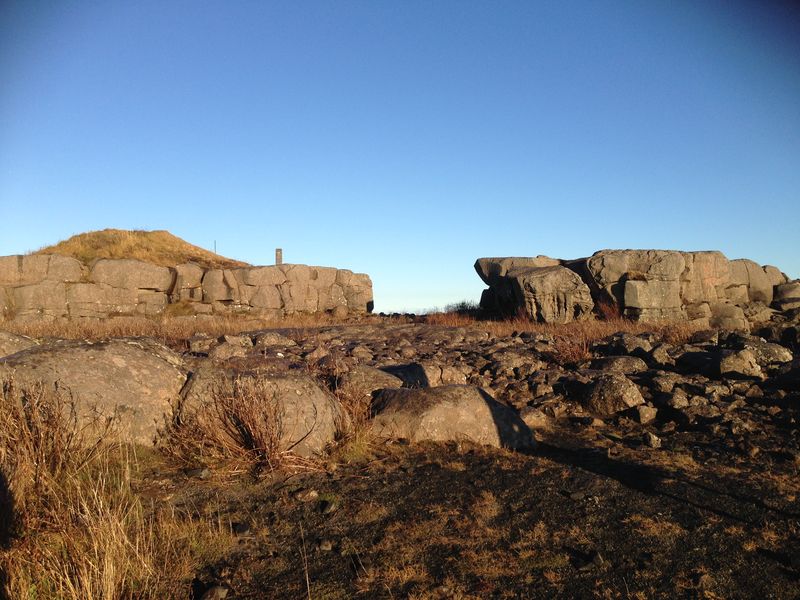 We parked in front of this rock formation and walked up to the words on the wooden platform. This location had apparently been the site of public hangings for the original Viking settlers of the area in the 700s.  However, the moon-like rock landscape had at that time been covered in lush green vegetation.  The information was both interesting and slightly shocking in its nonchalent detail of this form of public execution for the island's original inhabitants. 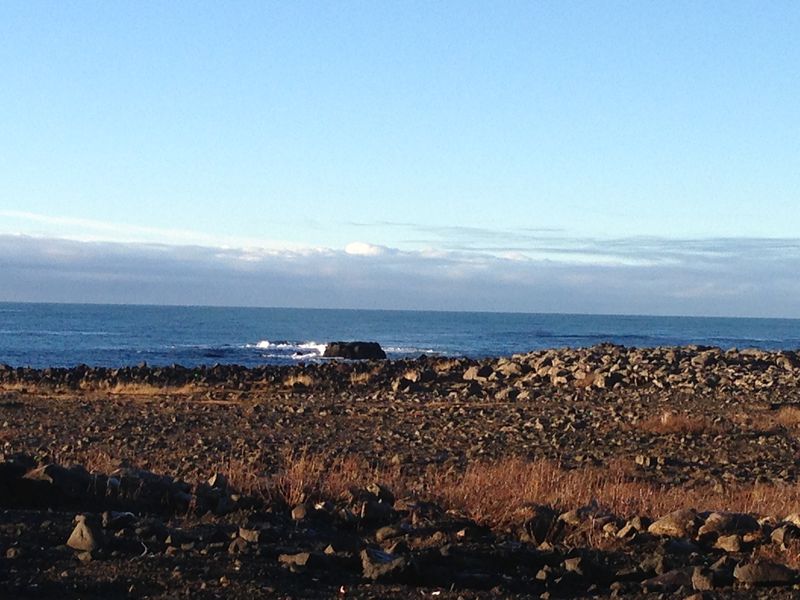 Meanwhile, across the highway the waves crashed on the rocks with thundering music. 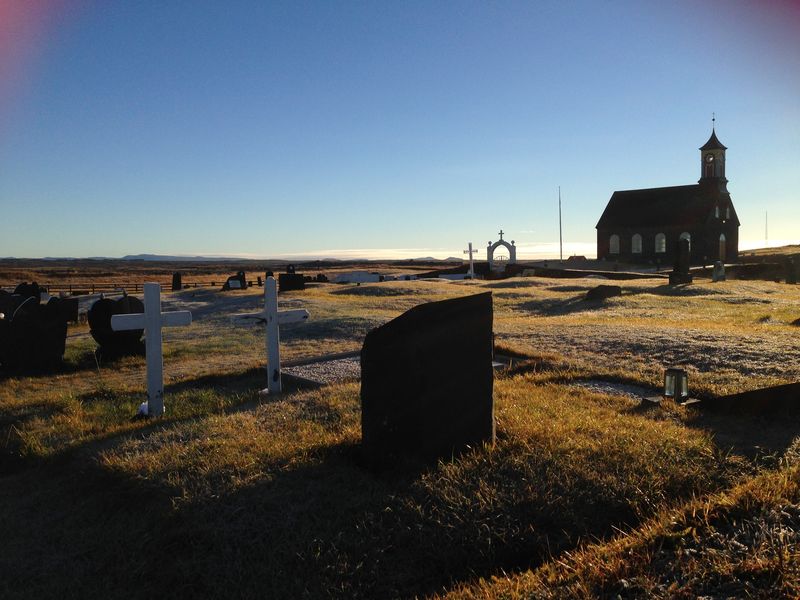 Finally having learned how to read my tourist road map appropriately, we drove on to the site of a church – and took a number of photos in the picturesque setting. 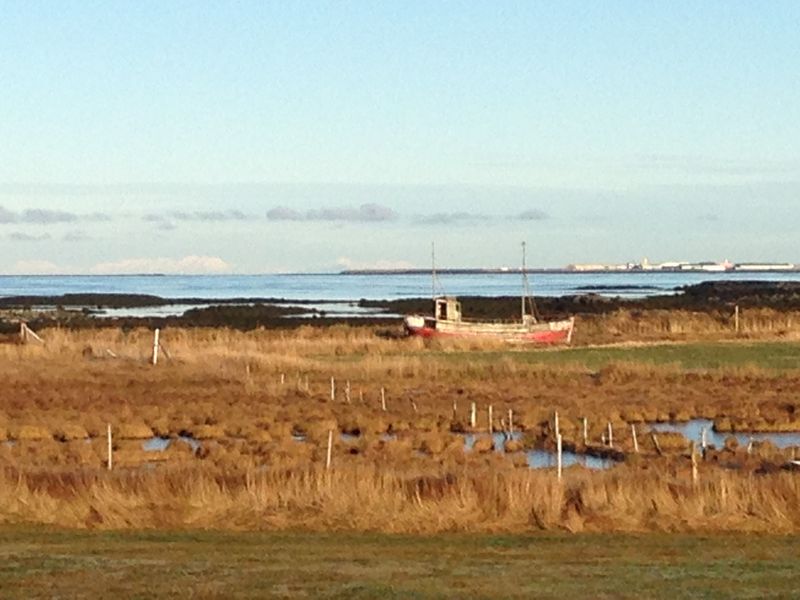 I also found this curious carved rock just outside of the graveyard. 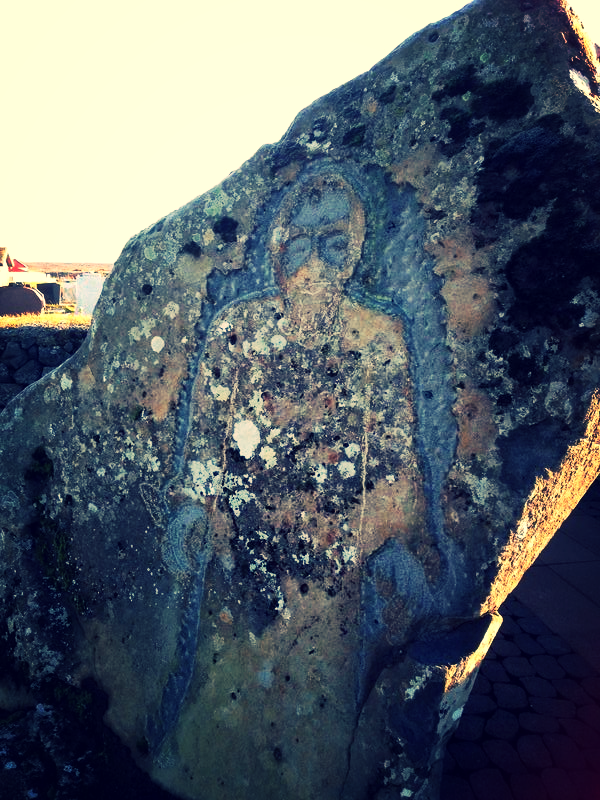 I could not tell if it was supposed to be Jesus, Odin or just a man – either way it was really interesting and there was no available explanation – an ongoing theme in Iceland. 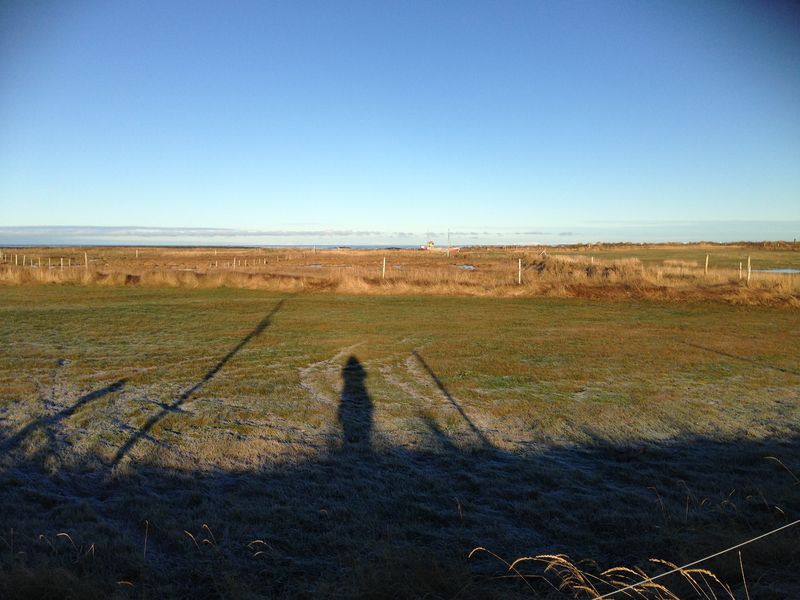 It was time to go get on a plane and go home.  But first a final taste of lamb soup. 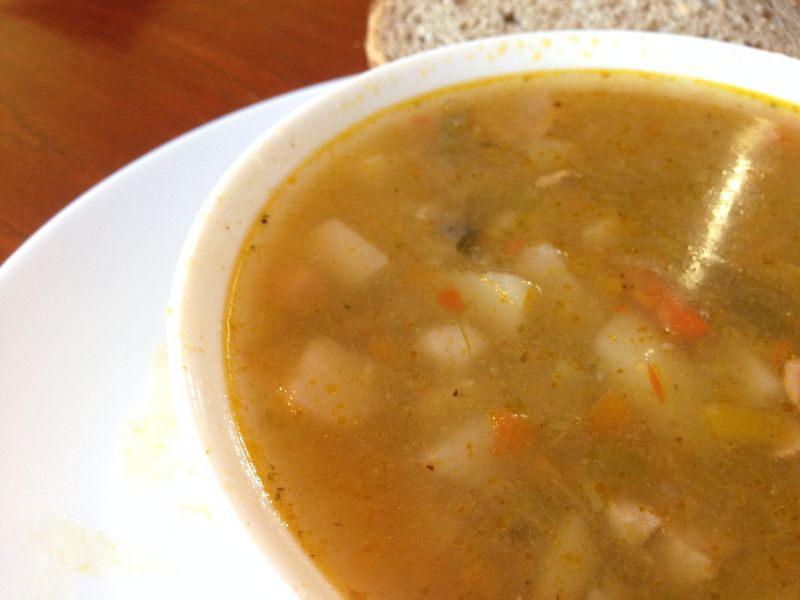 At the airport there were no more interesting photos to take – it was just a 7 hour ride to another grey wet land where the evening was waiting for us.  It had been a wonderful time in Iceland, and I hope to come back. 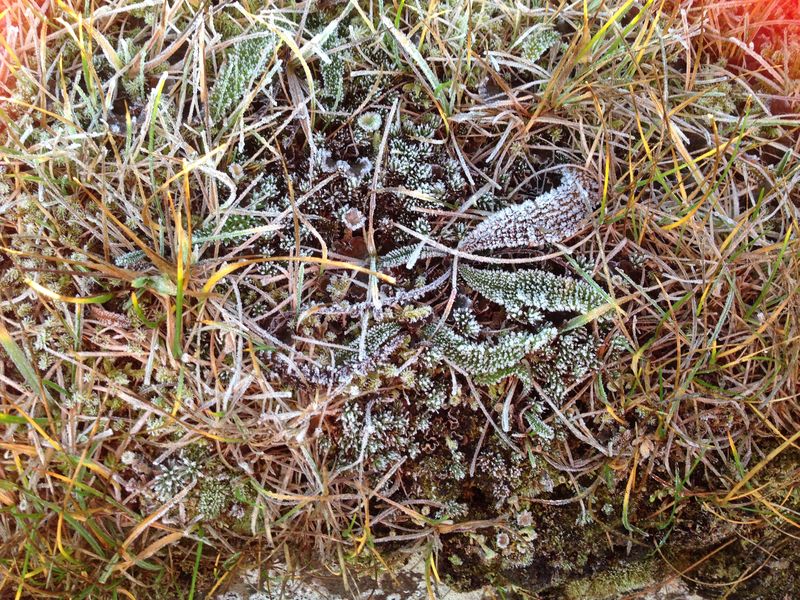