Today was a culturally filling day in Reykjavik.  I covered everything – history, art, music, culture, food and wine.  I also ended the day more full of food and beverages than I know of in my recent memory.  It was so filling in fact I was too tired to even write a title for this blog post and do not remember going to bed (as it was the culmination of the music festival party I'm sure I was not the only one in Reykjavik to not remember going to bed last night).  I've also broken the day into two posts, as there was so much packed in. 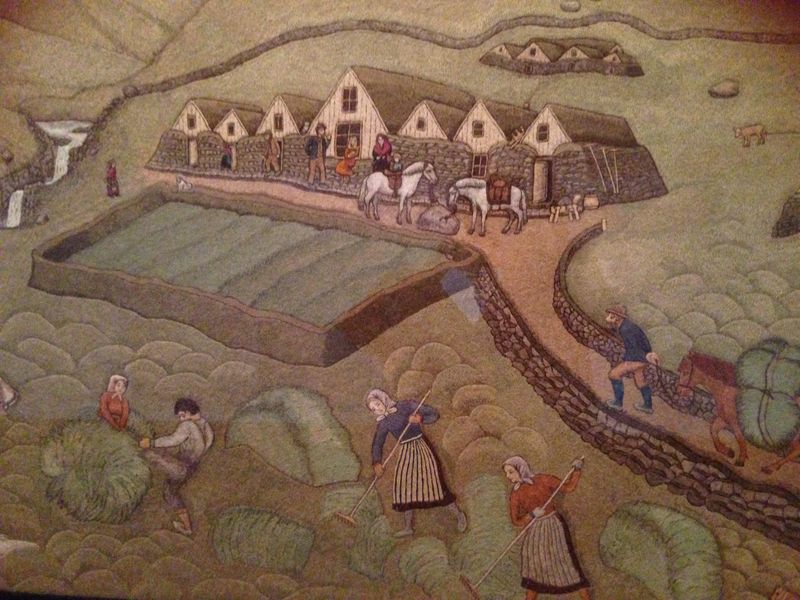 We almost missed breakfast on Saturday morning, I stayed out quite late watching bands and Jessica fell asleep with ear plugs in – and breakfast was swooped away from the hungry hungover music loving crowd entering the breakfast room at 9:59.  One minute eggs and cucumbers, the next minute nothing but porridge and coffee.   The long hungover hipster faces abounded in the breakfast area of our hotel.   I lucked out as I grabbed enough early and then got a little of Jessica's aeropress in room coffee service after breakfast.  I also had a pre-made list of attractions to try to go see on this rainy dreary day in Reykjavik – so my groggy brain didn't have to think much about anything.  I started with the Culture House, where I was seeking what my guidebook called a "true thrill" for saga lovers.  I will have to write Lonely Planet to correct their account of this lovely Icelandic Cultural establishment because it is the opposite of the guidebook description but definitely not lacking in cultural education materials for Iceland. 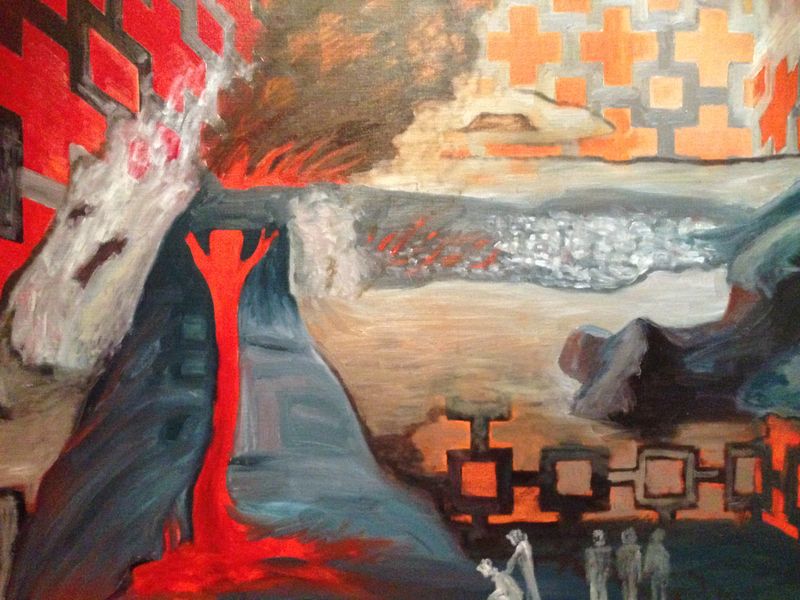 The current exhibit of the Culture House is called Points of View and it arranges pieces of Icelandic culture in different classifications like "inside" and "outside" and "mirror" and "life and death."   It also houses the national reading room where one can check out a read all pieces of Icelandic music and literature. 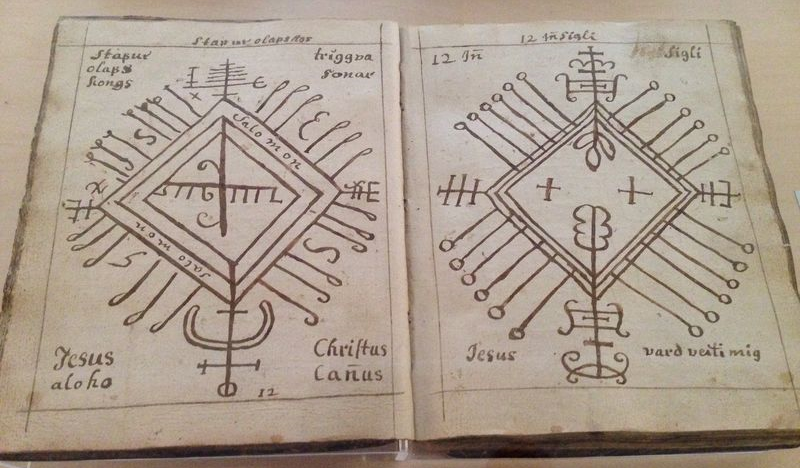 What was a little unnerving is that I was the only person in the entire place, other than the front desk staff and the docent.  The docent actually followed me around through the four floors of the museum – I felt like I was being watched, because I was.   She was very eager to help me and finally broke her silence when I purposely skipped the second half of floor three.  "Oh! you missed the rest of the third floor!"  she called out very alarmed when I reached the fourth floor and started to look at a piece called Volcano.  I pretended as if I hadn't noticed she was there and replied with non-chalance "I'll have to catch it on the way back down."  She then replied "Yes, yes, it can be very confusing in here."  Followed by awkward silence. There was a single staircase that you go right or left on every floor – it was not confusing. 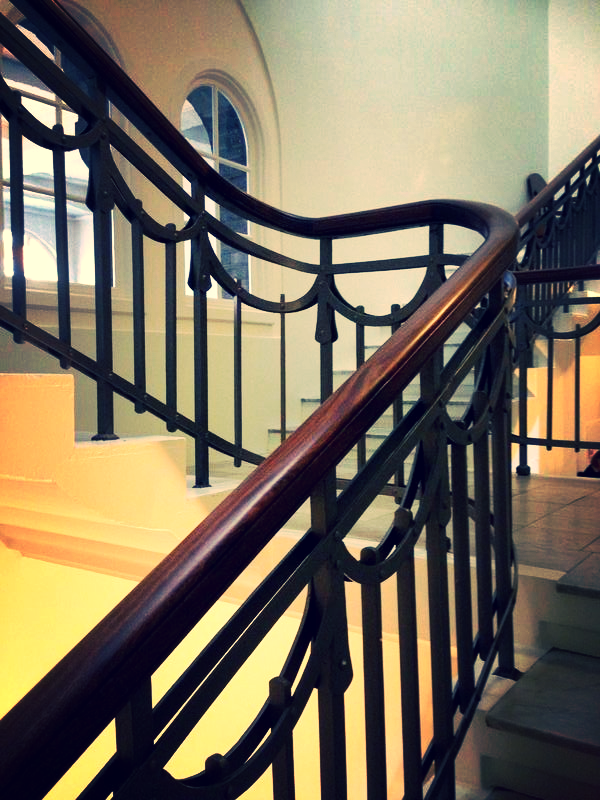 Biggest culture lesson from the Culture House – Iceland was willing to pay a lot of money to retrieve this stuffed and preserved Great Auk at Sutheby's Auction.  A penguin variety I didn't even know existed, because it has been extinct since the beginning of the 19th century pretty much because humans came and settled Iceland, Greenland and Northern Americas. 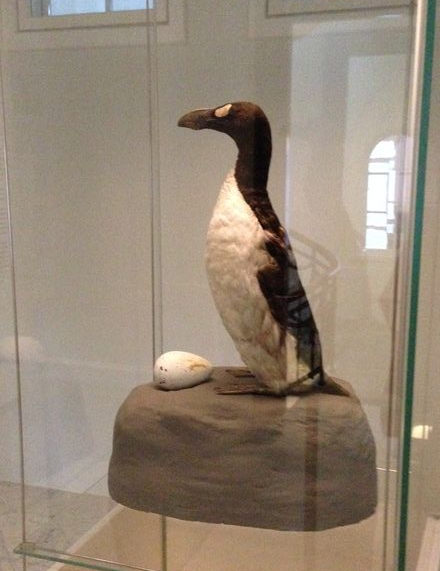 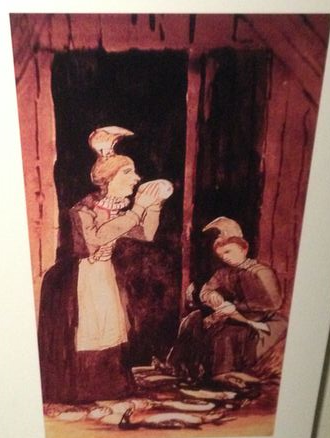 I learned that Iceland is very aware of and interested in preserving its cultural heritage – from the time of the Vikings to modern day.  A very interesting exhibit on the top floor consisted of 10 paintings of Reykjavik from different times spanning over 100 years showing different perspectives of the same skyline of mountains and shore.  The docent was very excited about this exhibit and it was a very creative way to show history and culture simultaneously.  The thoughtful approach to curation within the walls of the house also spoke the teaching and learning aspect that is held in the concept of culture itself.  On a personal note I am very impressed with the obvious belief in unicorns and narwalls, as they are proudly displayed as labeled as parts of the country's natural history within the Culture House. 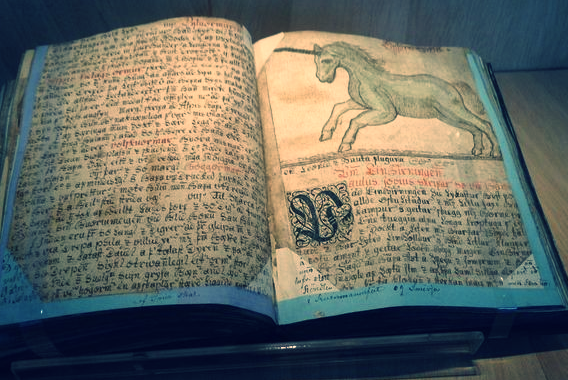 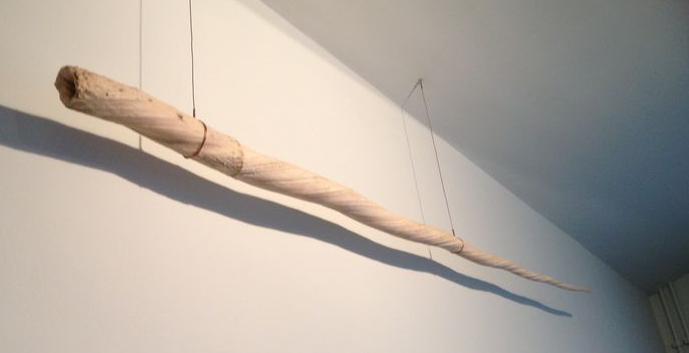 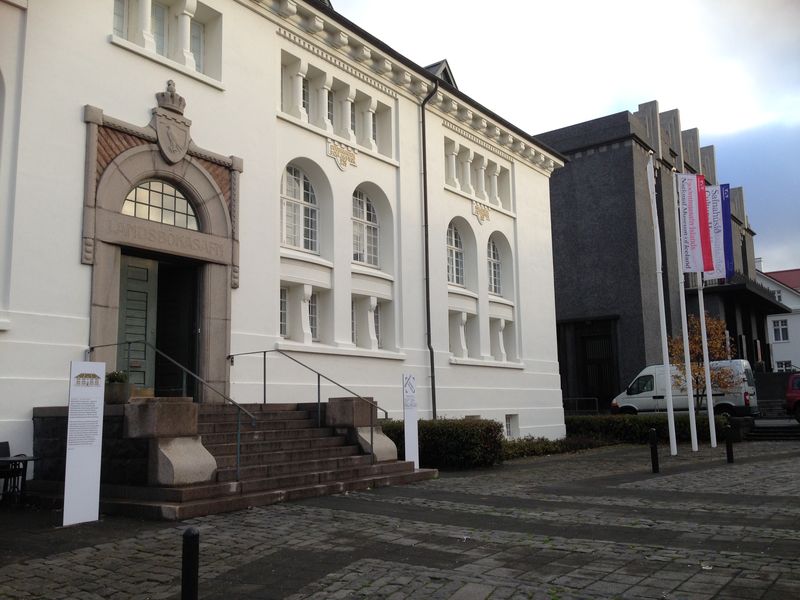 After completing the entire tour of the Culture House, third floor included, I decided I really needed to find the City Museum so I could get in some actual Viking history having covered Iceland modernity quite thoroughly.  The challenge was finding the City Museum – I was determined to not let it elude me so I marched with purpose down Hverfisgata and turned onto Austurstraeti and gave it a good undistracted look – no sign of the museum.  I pulled out my phone and went to the website and looked at the horribly tiny map – no help whatsoever.   I cut and paste the address into my phone's GPS – I was just two short blocks away from my destination. 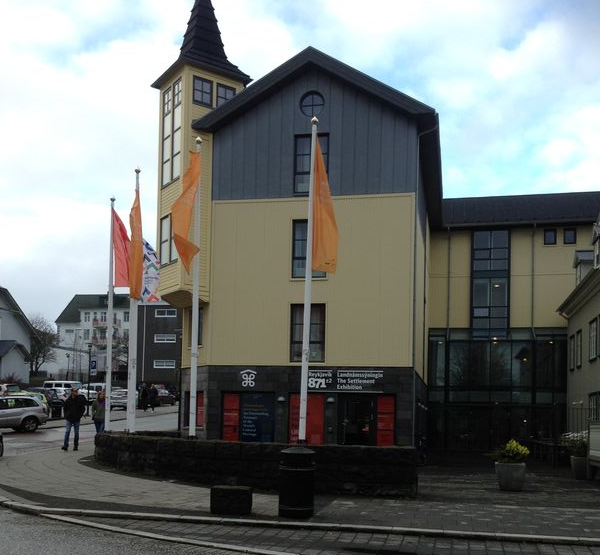 Looking at the City Museum from the outside you would never know that its basement holds an entire archeaological excavation site and the remains of a Viking age home from the 700s.  It is theorized that the home could be the first home from the settlement of Iceland and that of the original Iceland family featured in the Saga stories. 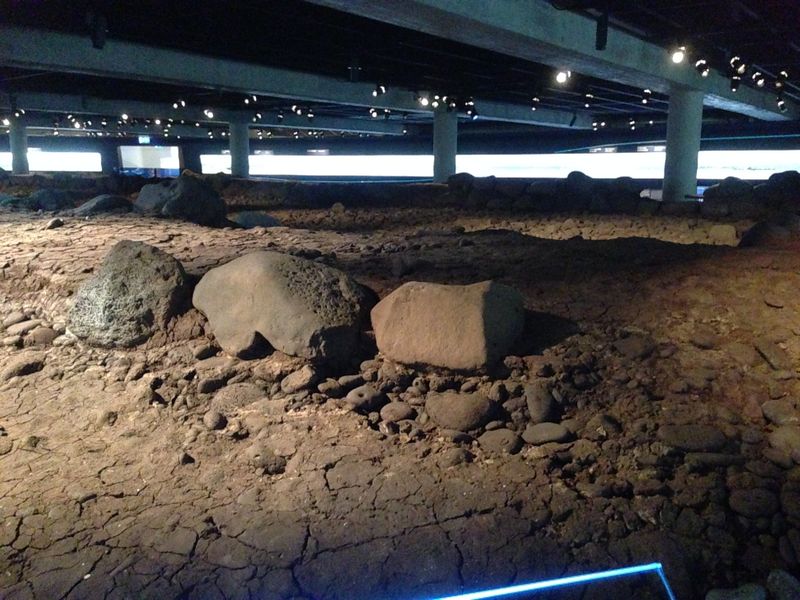 This is a photo of the Viking age house – it is amazing these archeaological remains were discovered in the process of building a building as they are essentially rocks and mud.  The archeaology geek in me was so impressed with the interactive exhibit surrounding the remains, complete with chicken and animal sounds.  There is also a demonstration of one of the first settlers killing a Great Auk by walking up to it slowly and bopping it on the head (and noting that they were easy prey). 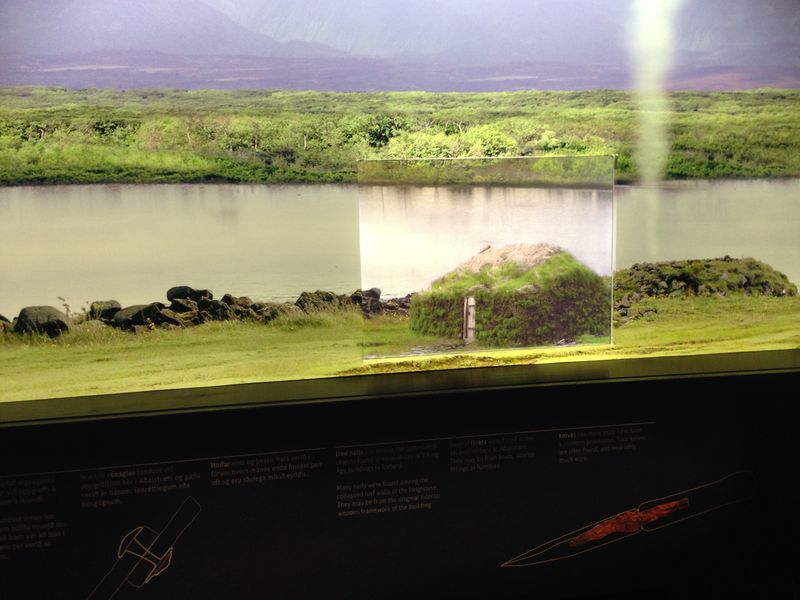 The exhibit intersperses video, text, and artifacts with interactive learning to keep both the child and the adult learner interested in what is going on without getting museum fatigue. 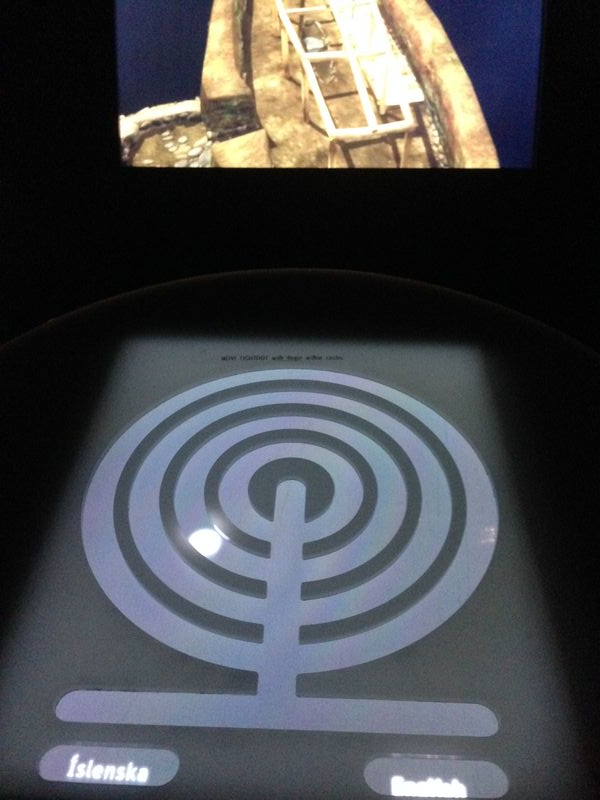 For example, this shot of what looks like the Starship Enterprise is a touch screen module that activates computer simulation and lecture on the structure of the Viking house.  It couches the learnings in good archaeological theory and practice stating why they think the house was a certain hieght based on the timber that was available in the area, for example, or just stating that everything is theory because the only real evidence is the archeaological site itself.  The method of dating things is also explained thoroughly and shown with pictures to help understanding.  Yet another well-done piece of exhibitry by Icelanders. 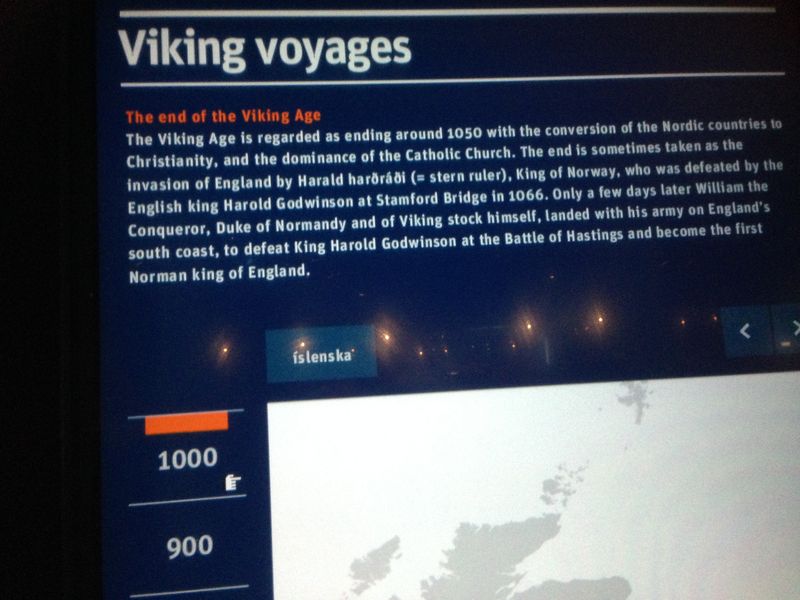 The exhibit ends with a very succinct but informative explanation of the Viking age, where they sailed, and why their "age" ended.  It is not romanticized, politicized, or told from the perspective of a particular religion or side.  After the settlement exhibit you could go into a small room where original manuscripts of the sagas, the deed of Reykjavik and the first book of laws are on display. All of that archaeological evidence really worked up and appetite – I decided it was time to find lunch.   I also saw a text from Jessica who had completed her own personal rounds of Reykjavik in search of a juice bar and other healthy sustainance.  While looking for lunch I took in a few more sites, like the Tjornin Lake and the Reykjavik cathedral. 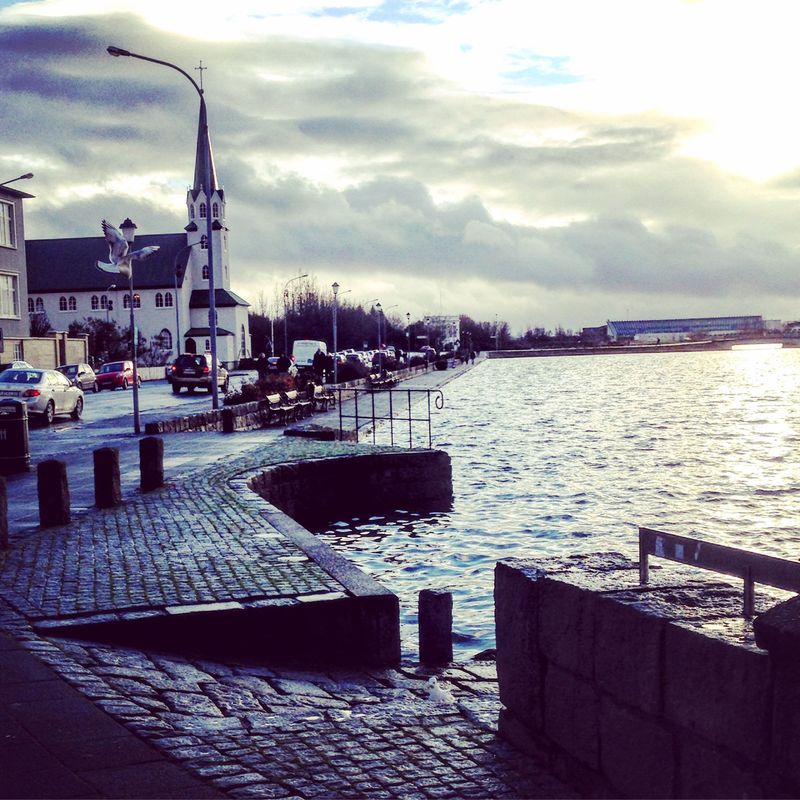 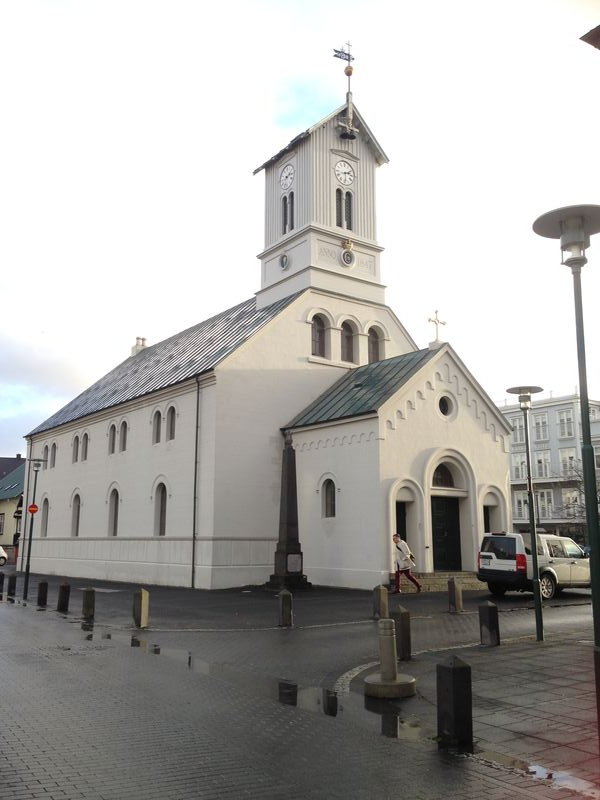 Then I landed on lunch – a burger – after four days of pretty much fish all the time it sounded good. 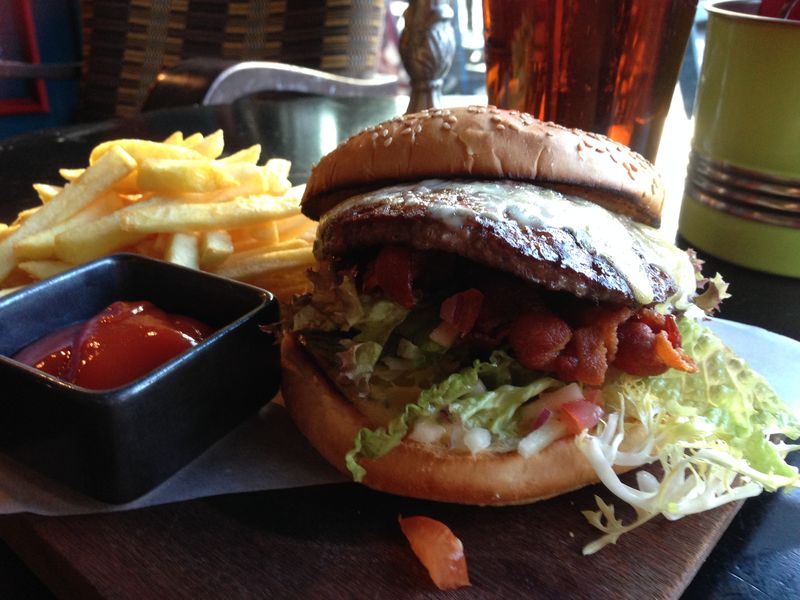 It was not the best burger of my life but it was definitely creatively arranged with the bacon and lettuce and other accutrements below the patty. 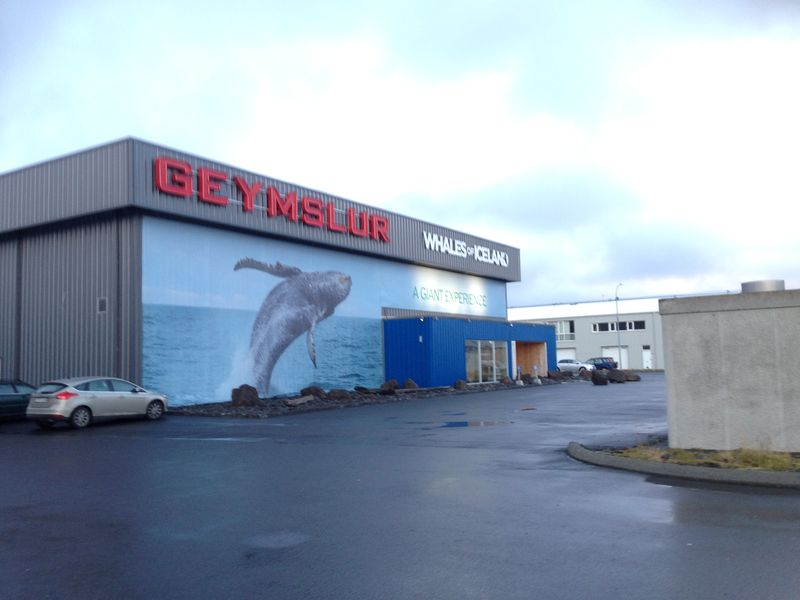 Jessica met up with me and we walked to the Whales of Iceland exhibit, then abandoned ship after we saw that it was obviously the Disneyland of whales for the children of Reykjavik, and oh so conveniently placed in a stripmall.  We instead headed for the Saga Museum to complete my trifecta of Icelandic history and culture and be slightly freaked out by wax statues. 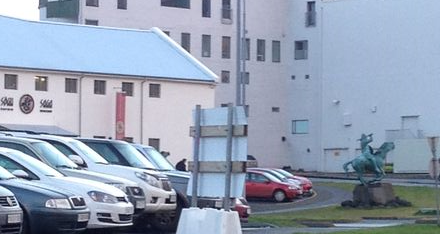 The Saga Museum is an experience.  You walk in and are handed audioguides (there is no other option) and sent into a dark hallway where creepy wax figures stare at you as the narrator speaks into your ear about key stories of Viking and Icelandic lore. 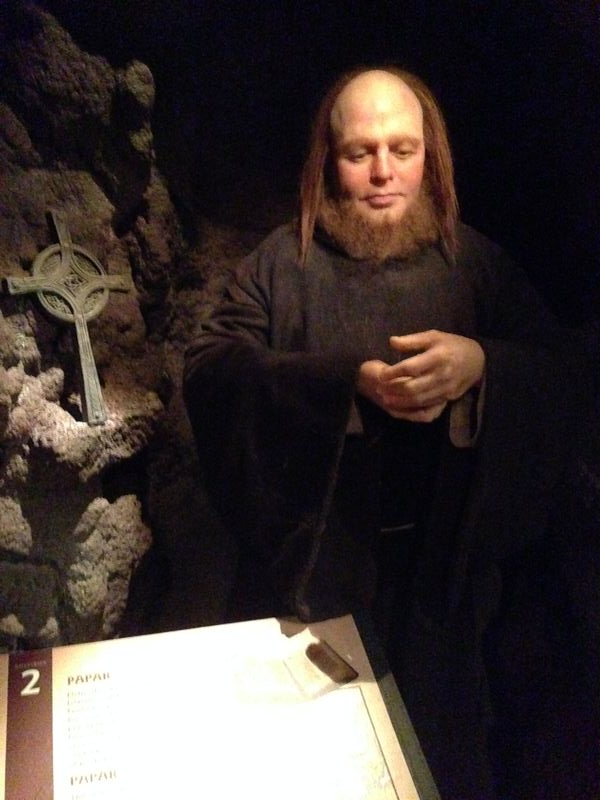 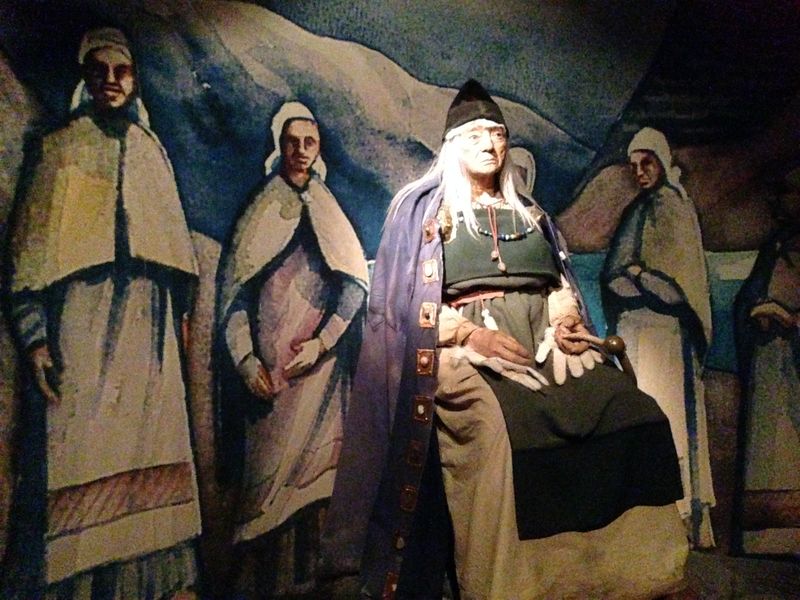 This was our favorite. 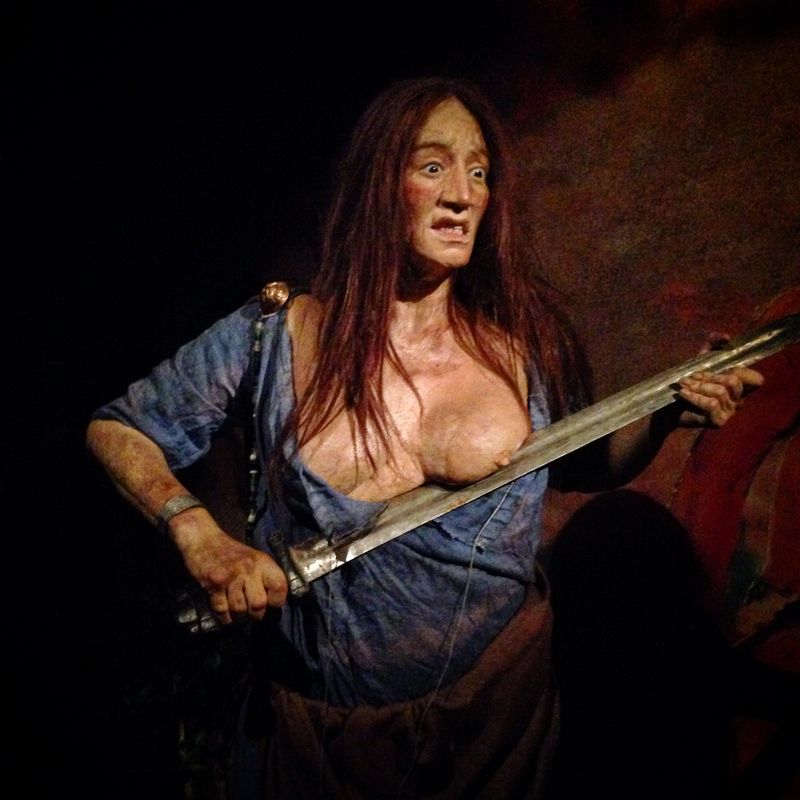 It is depicting the sister of Lief Erikson scaring away the natives of Vinlind by bearing her breasts.   Quite the story.  After our audio tour guide stopped talking, ending on an odd tale of a Catholic Bishop and his three sons being beheaded in a very brutal way (slightly awkward ending) - we walked back to the hotel to ready ourselves for the evening.   Jessica was going to the public hot springs and pool and I was going to go eat amazing food and listen to music on the crescendo night of the Iceland Airwaves 2015 festival. 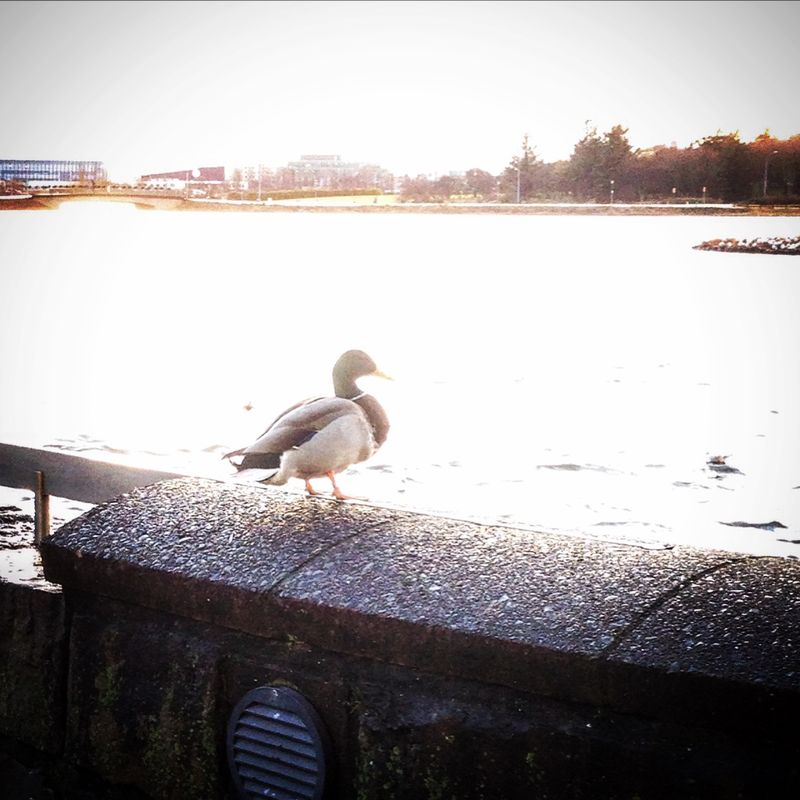