As Tuesday's adventure out into the countryside was such a success we decided to try again on Wednesday and do what is called the Golden Circle Tour. The Golden Circle includes a national park, a geyser, a waterfall, and some optional geothermic activity, churches and a town. 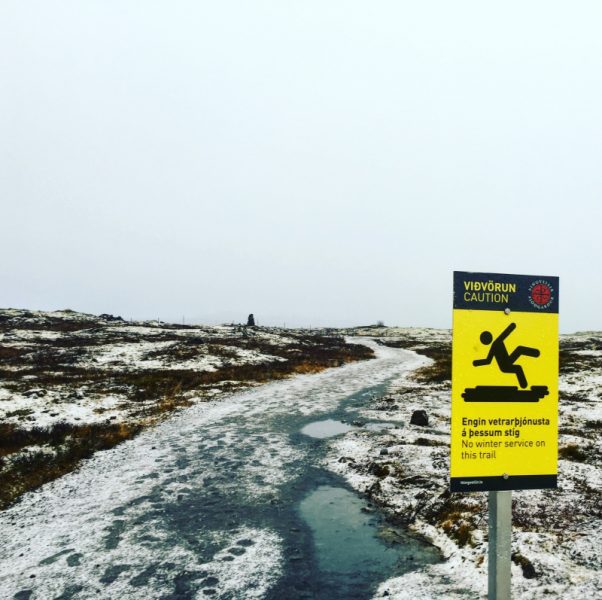 We initially found quite a bit of snow – which was a little bit nerve-wracking when everything around us was pure white. 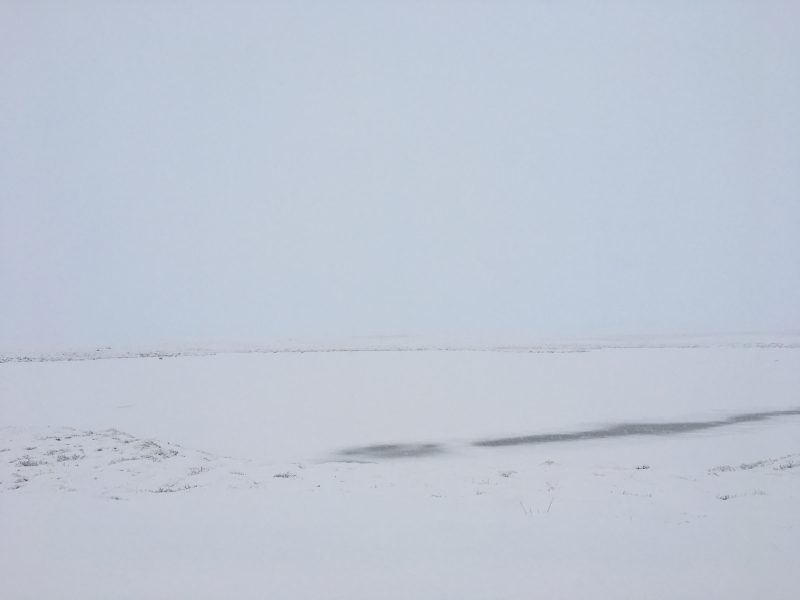 Eventually some variation in the color of the landscape arrived when we entered the Pingvaller National Park. My second time in this park, I'm still not so sure, other than the historical significance of what happened there, what there is to actually see in the park. The Pingvaller, pronounced Thing-valor, was the location of the democratic assembly of Iceland's viking inhabitants of the past. I believe, if I actually took the time to get out of a car and walk around that there is also a lot of natural beauty to behold while hiking. 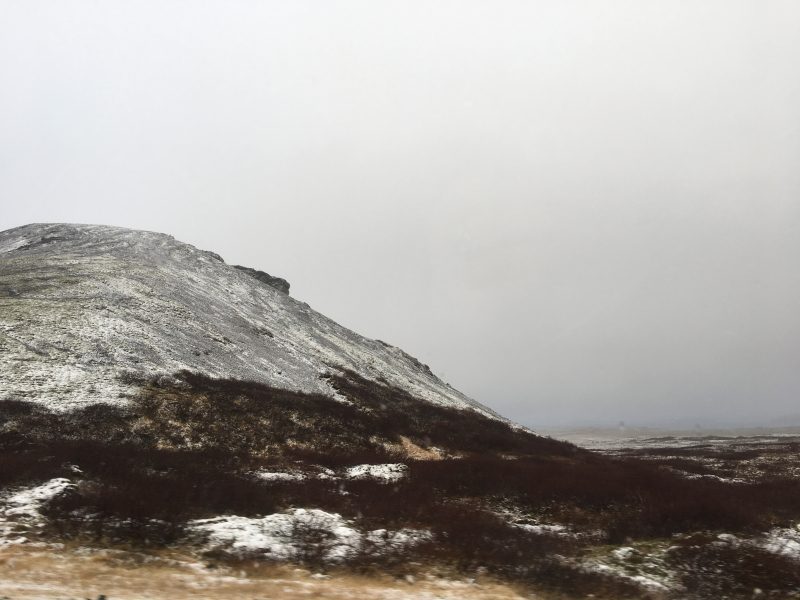 It is also, like many places in Iceland, home to various beautiful land formations. However, as hiking is not encouraged in the winter we decided it best to keep safely moving on the road toward the next attraction. Geyser. 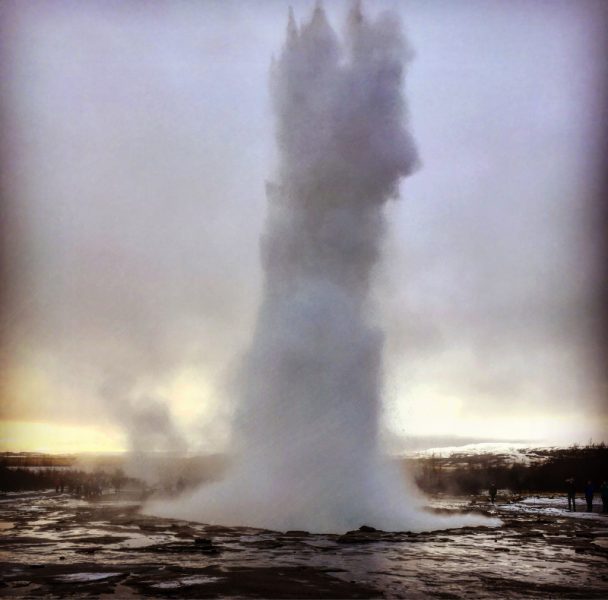 Quite a few safety ropes were added to the Stokker Geyser since my last visit in 2015. It appears that signs such as this one 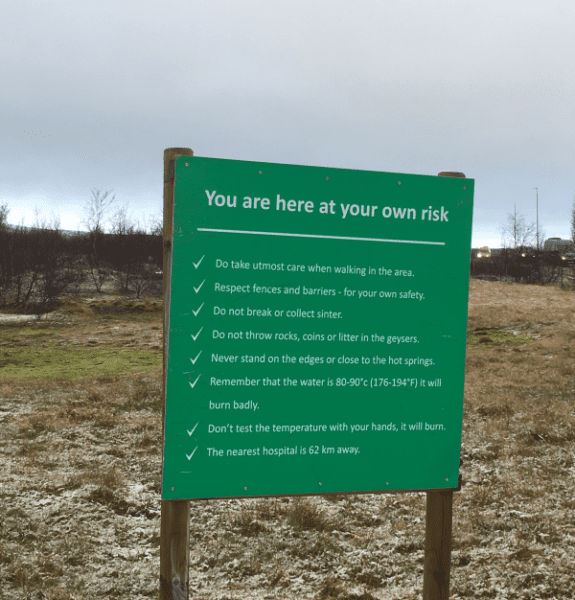 make no difference. So now there are safety ropes keeping the dumb people from standing in the wake of the boiling water that shoots from the ground. A benefit of the ropes is that it was easier to get a straight on shot of the Geyser. Then it was off like tourists who have only one day left to see all the things, to the next geological attraction – Gulfoss. 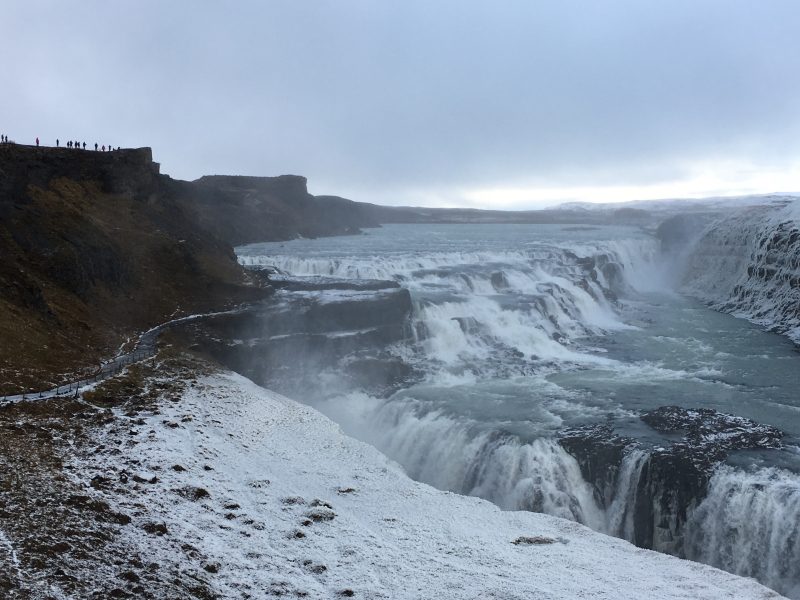 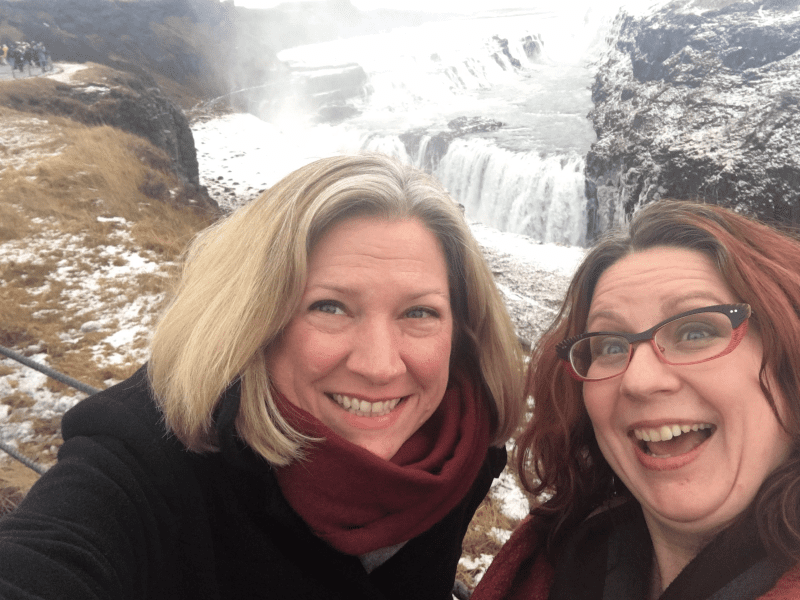 Gulfoss as you can tell behind our selfie here, is a giant waterfall.  Like a super giant waterfall. Bigger than any waterfall you have probably seen unless you have visited this one or one of the other giants in South America. And at the location there is also nothing else but the waterfall really, no gift shop – just a parking lot, maybe a bathroom, and then the road gets really rough. We headed back the other direction and continued on the circle toward Selfoss – with just a little stop in-between. 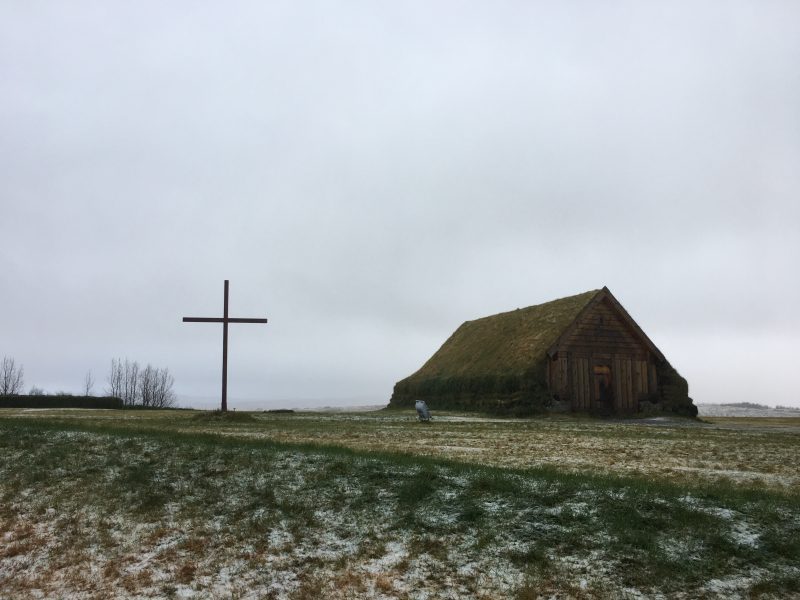 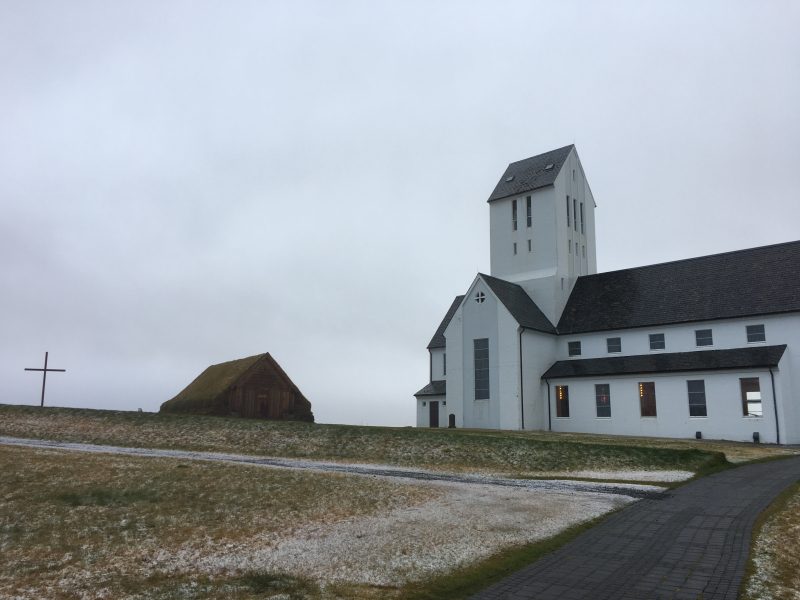 The above photos are of Skalholt. The former seat of the church in Iceland for close to a 1000 years. The transition of Iceland to Christianity was one of the least violent of all conversions – there was no inquisition, no bloody push by one group over another – it was simply a political decision. The old religion and the old gods didn't even get outlawed right away, or necessarily go underground – they just left the political favor of the majority at the time. Eventually the old gods and the old ways were pushed out of fashion and underground by the Christians – but it took many years and the flavor of Christianity you find in Iceland is very different than anywhere else in the world. But because of the peaceful way Christianity took hold and the lack of puritanical purging of the old ways is one of the reasons rune craft, viking lore and language, and other bits of the old ways were best preserved in Iceland (nothing like a little isolation to help things stay preserved as well) than in any other part of the Nordic world. 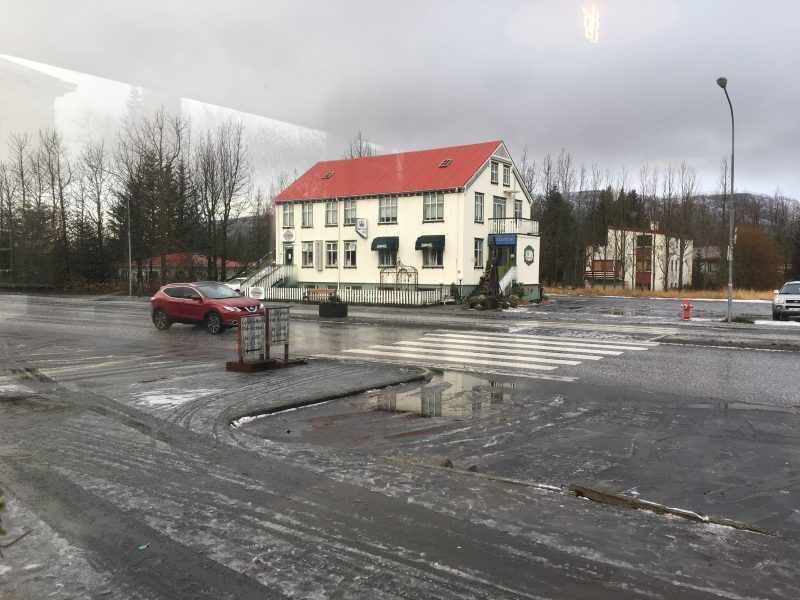 Speaking of preservation, there is a Bobby Fisher house in Selfoss, dedicated to memorabilia from the young chess prodigy. Here is our view of it from across the street where we ate our not-so-awesome fish and chips. 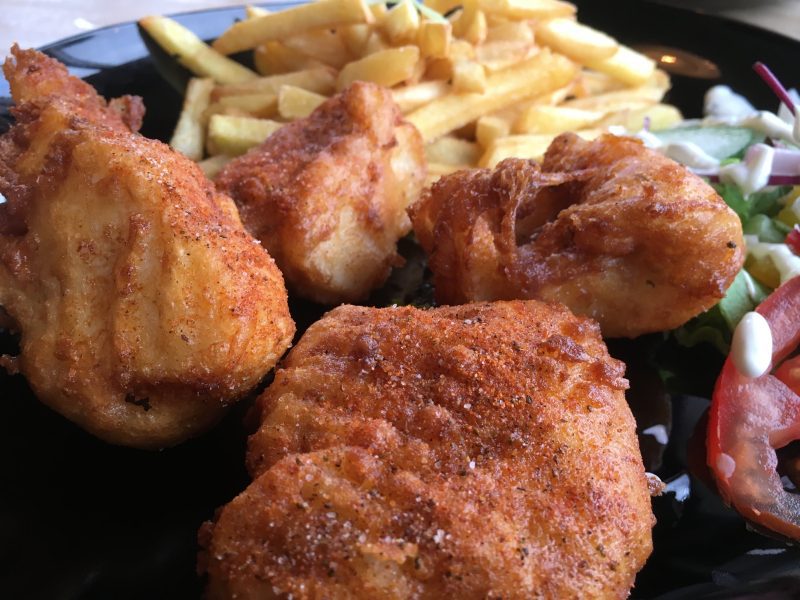 The lovely woman who worked at the restaurant has dreams of visiting Texas, of all places, but has not yet attempted the venture for fear of being shot down in the streets of the United States.  We recommended that perhaps she visit a place like Seattle or Portland. 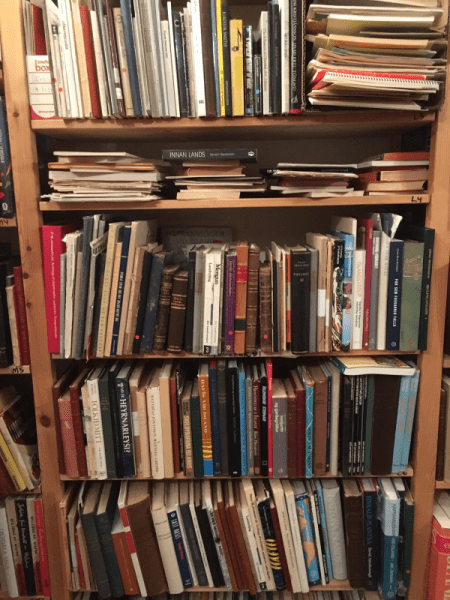 We then visited the used bookstore in town that came highly recommended by Lonely Planet guide.  Shanon found a book to read for the trip home and I found a pile of amazingly weird papers.  I also finally found a listing of the Icelandic alphabet. 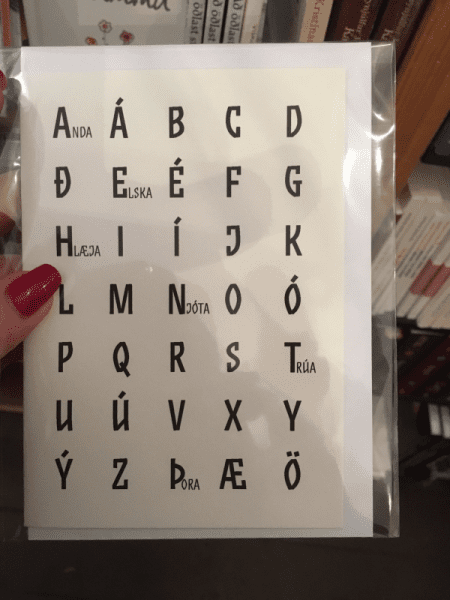 From Selfoss we drove back to Reykjavik and readied ourselves for dinner. We had two options – go big, or go small – I chose langoustine. Luckily, the Lobster House had openings for us to enjoy a full-on all the Icelandic Lobster type of meal. 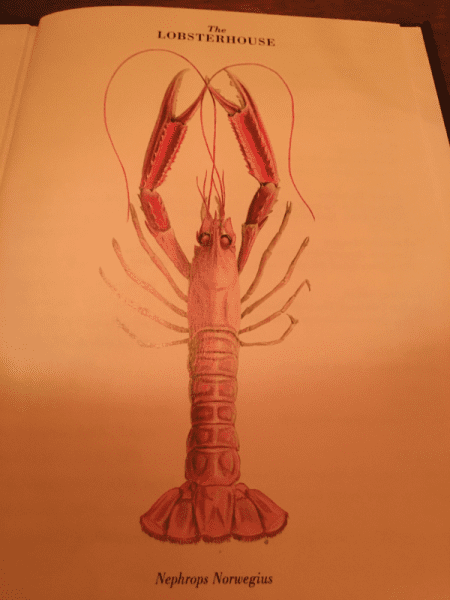 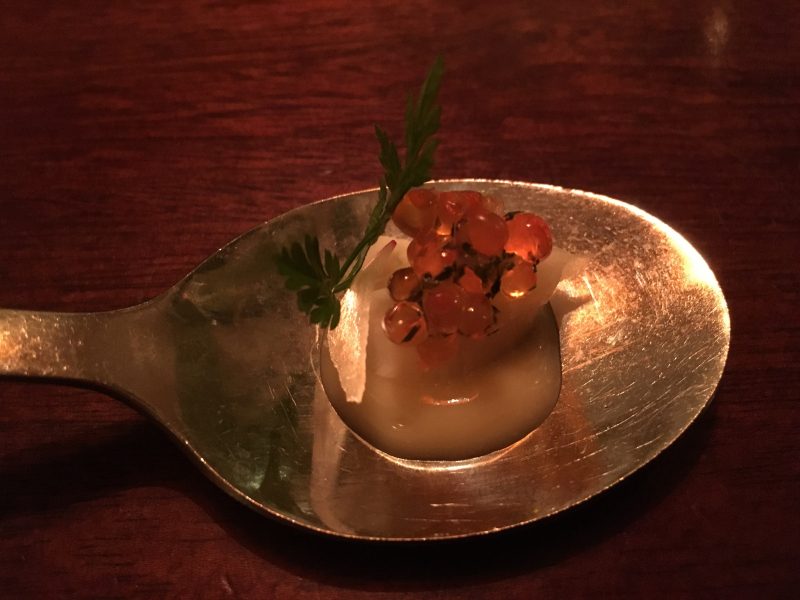 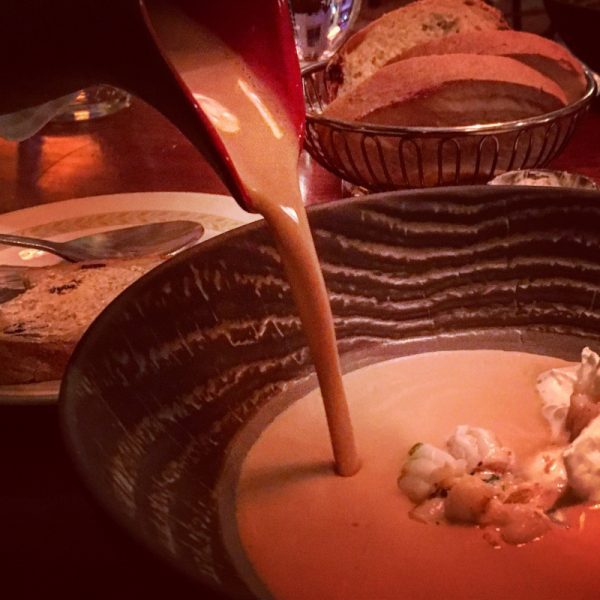 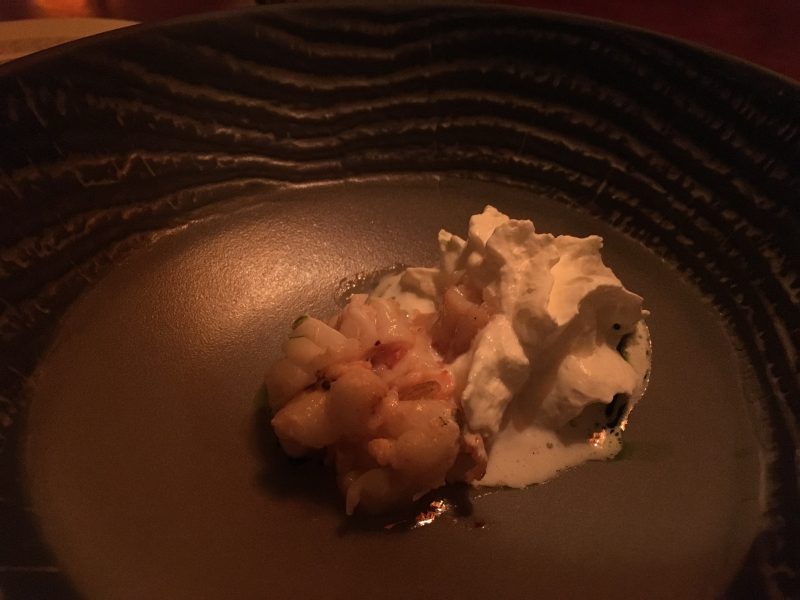 We had langoustine soup, where they poured the creamy deliciousness over the bits of pre-grilled to perfection langoustine and cream dallop. It was heavenly – so worth the cream stomach-ache that would come later.

Langoustine soup was followed by grilled langoustine – so fresh and tender and sweet and shockingly filling. We skipped desert in favor of a second glass of wine to assist in digestion. It was the best meal in Iceland, this trip, by far. You cannot beat fresh langoustine (which is really only available in Iceland and Scotland) as one of the best jewels of the sea. 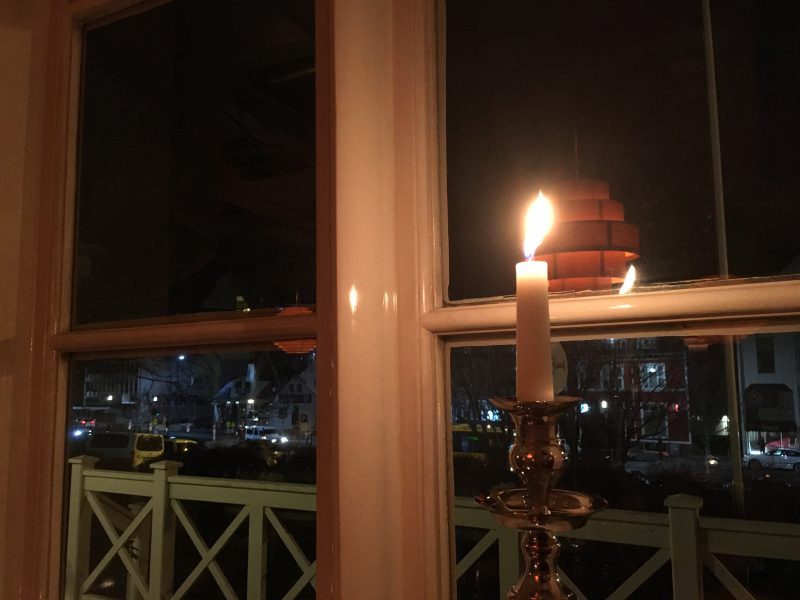 It was a great way to bring our time in Iceland to a close. A beautiful day, a beautiful meal.